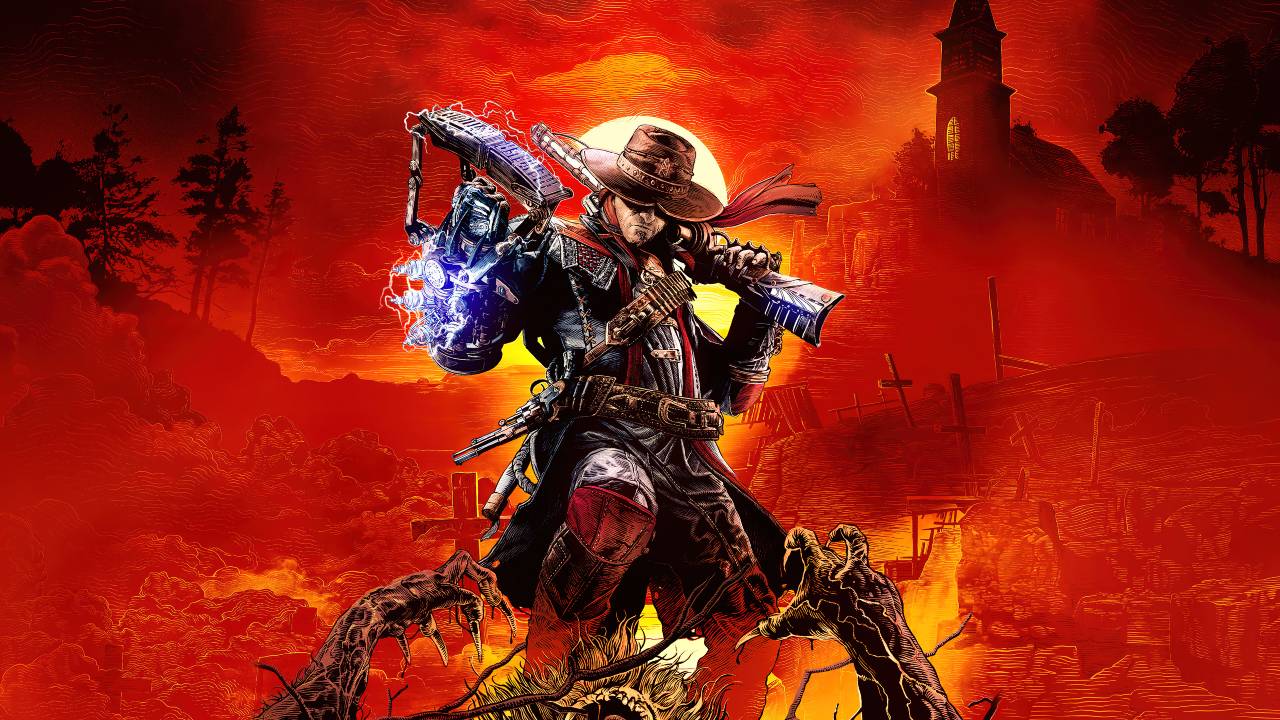 You are one of the last agents of an elite, rough and ready vampire hunting organisation sanctioned by the Government in an old timey western frontier.

From developers, Flying Wild Hog comes Evil West. A story based game that sees you take on the role of Jesse Rentier. A sarcastically humoured, no nonsense cowboy sided by his long time friend Edgar Gravenor, tracking and killing evil beasts that dwell in the dark, come up from the depths and break through ‘invisible’ glamoured zones throughout the wild west America.

But something is going on. The evil seems to be wider spread and growing in strength with all manner of monstrosities appearing and needing to be taken down. 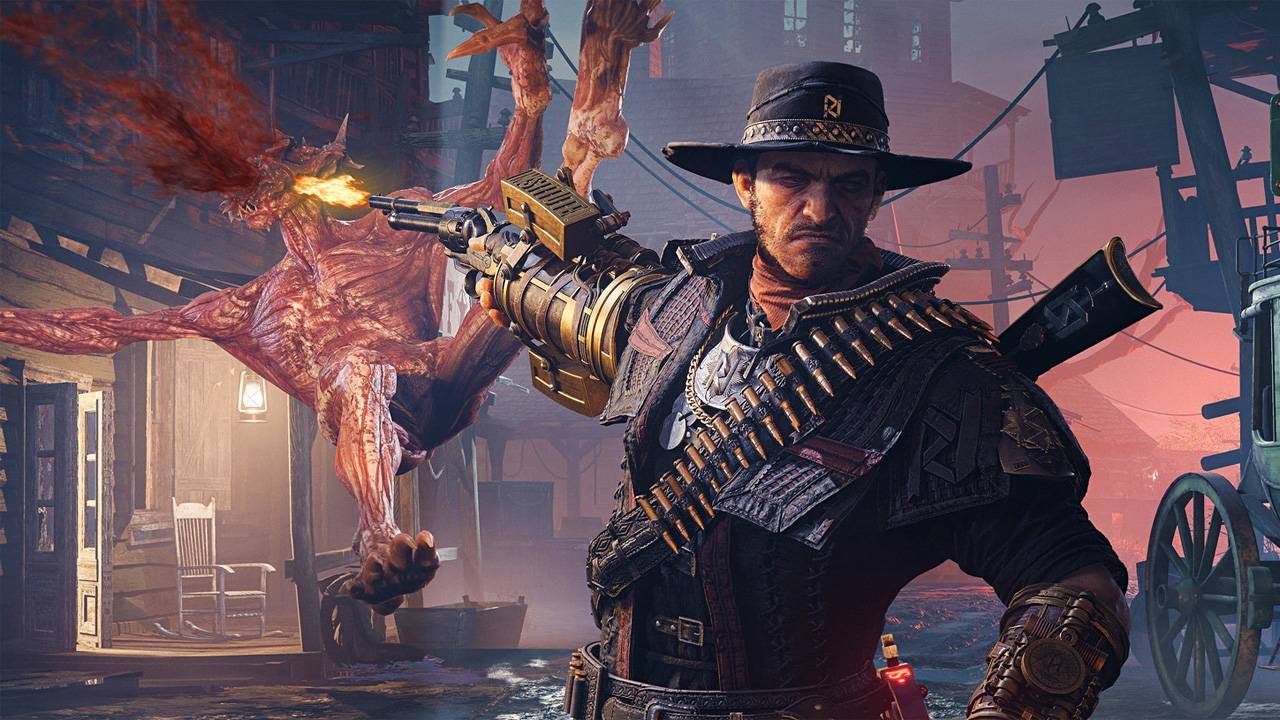 While there are hidden spots to briefly explore (exploring will net you extra cash and story or lore related items) your paths are well set out.

Most of the more open areas end up becoming a battle arena as hordes of bigger and badder foes besiege you.

Jesse is not without artillery and gadgets though.

You will have a trusty revolver and get more weaponry as you progress and level up.

While bullets are unlimited, your primary guns can only hold so much ammo until you are able to upgrade them. 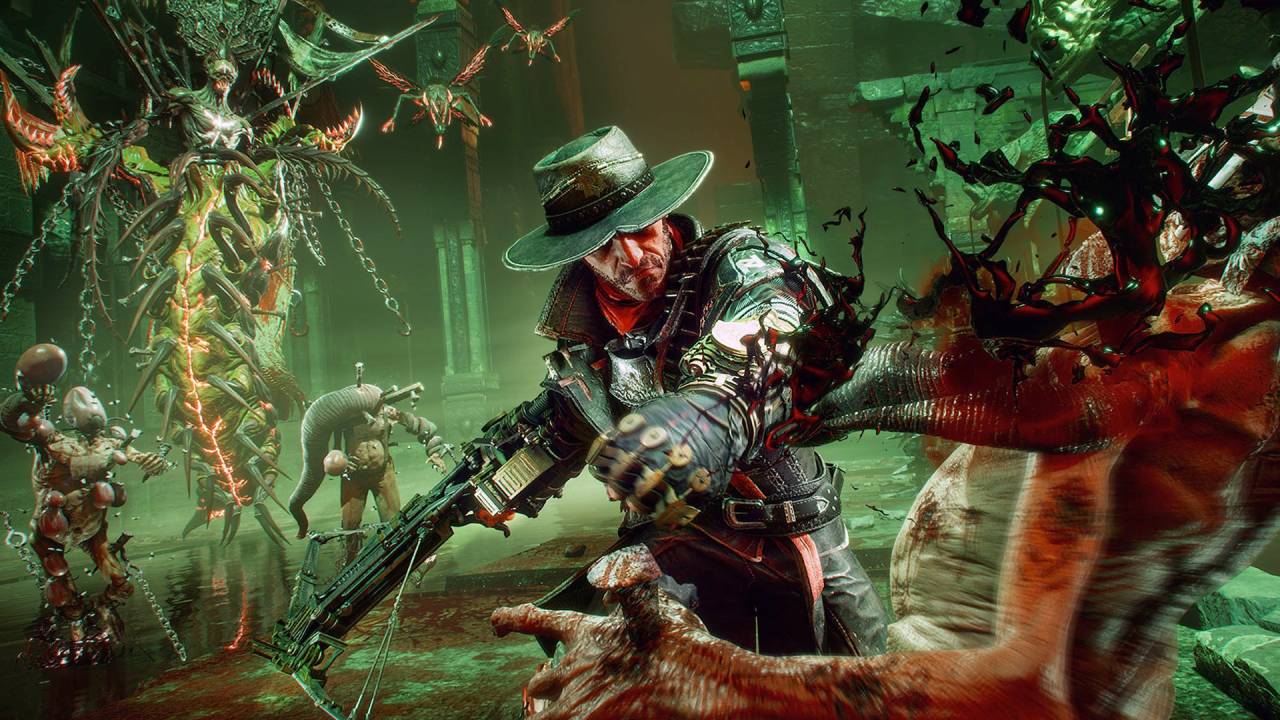 You also have permanently fixed to your arm a cyber-punk Gauntlet that literally packs a punch, this too will upgrade with more ferocity as well as the ability to electro-shock and more.

Evil West has two systems of upping your game.

The level up system sees you rewarded with a token once you gain an additional level, you can spend this via the Skills menu on abilities within the skill tree.

Secondly is your cash that you either get rewarded or find.

Buy upgrades, new melee combos and features to your primary weapons via the menu, at any time during play. 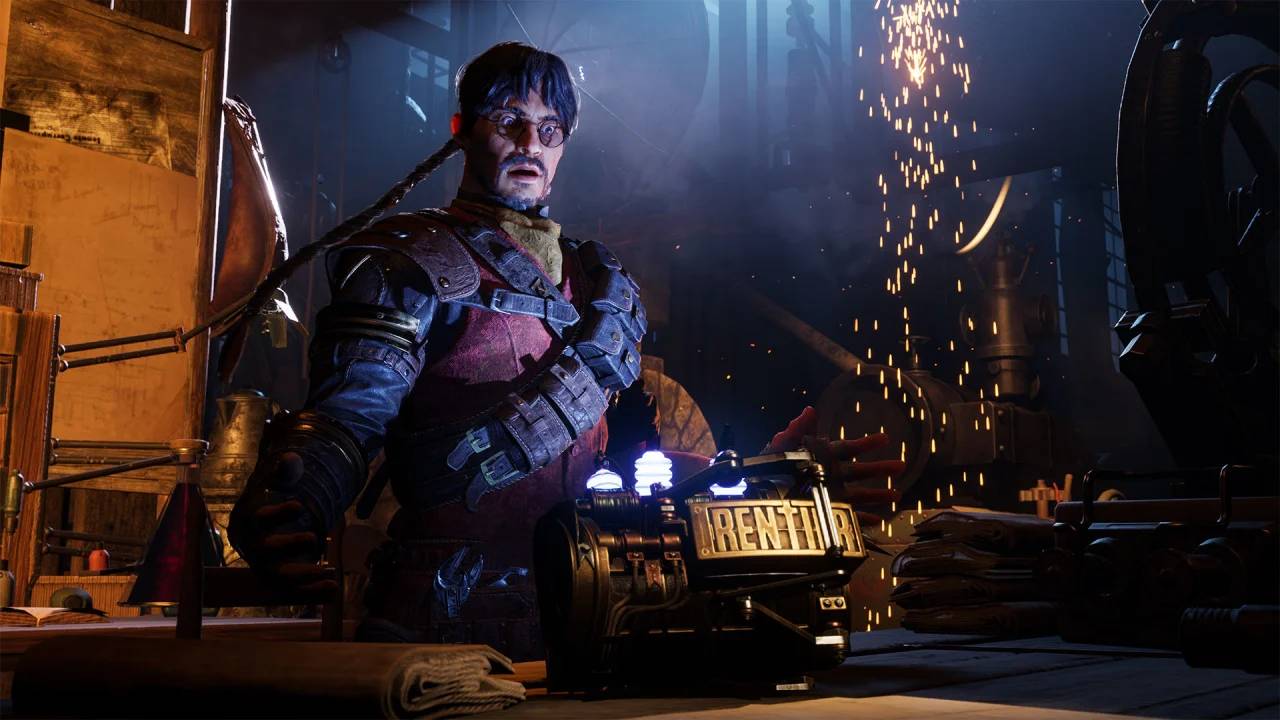 Evil West was actually a game I had been looking forward to. While it wasn’t as open world as I would’ve liked it to be, for me personally, it didn’t disappoint either.

Proportionally Evil West felt and plays a bit like a classic action adventure from the days of PlayStation 3 or Xbox  360 but with current gen graphics and fluidity. An old skool feel with present day play.

It is also a game that leaves it to you as to how you play. If you take the time and look around you’ll get more of the narrative and find out more lore. Gaining these hidden nuggets of info is advisable, the story may make more sense.

That said, if you just want to run and gun, you can. 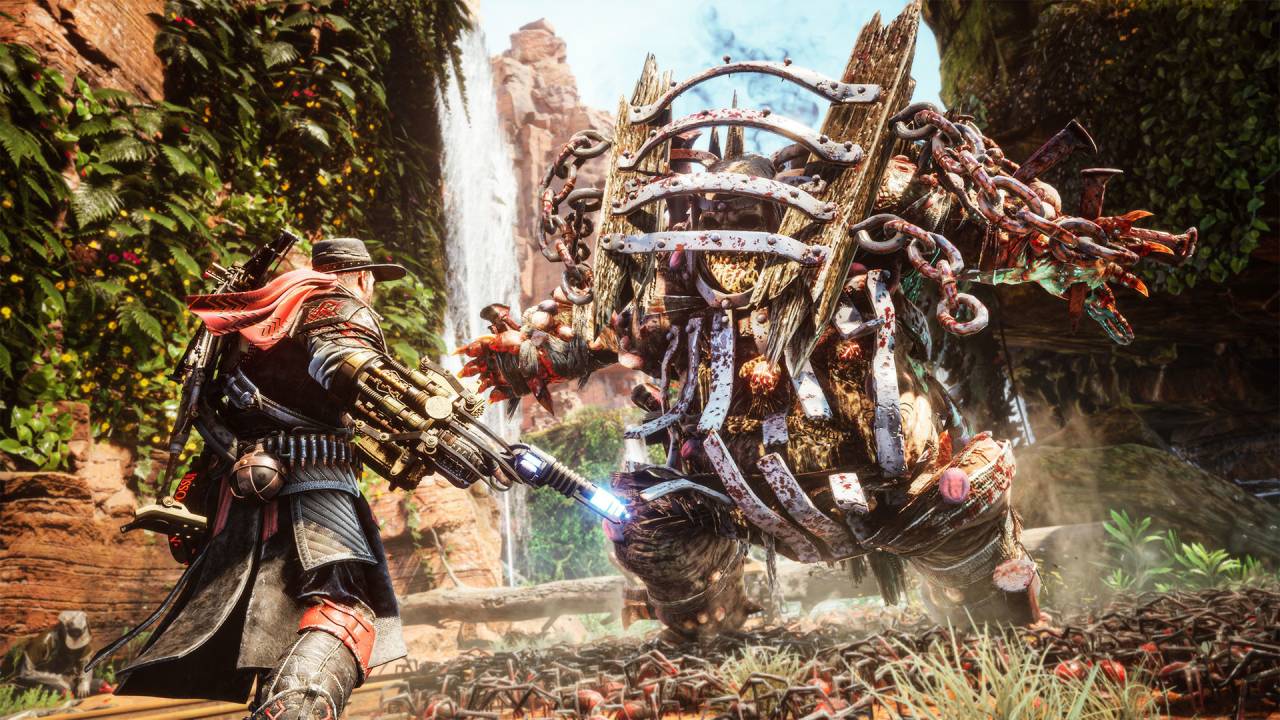 Evil West can be played single or in co-op.

Co-op I found, made the game’s combat moments a little too quick and easy.

While Evil West may not be a full on in-depth open-world action extravaganza it is a satisfying and worthy play of some decent length.

If you were a fan of ‘Darkwatch’ back in the day (PlayStation 2), Evil West is the current gen surrogate sequel (or prequal?).

And there’s nothing better than having the old west fused with gore, horror and vampire hunting. 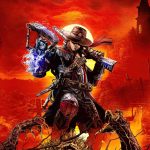