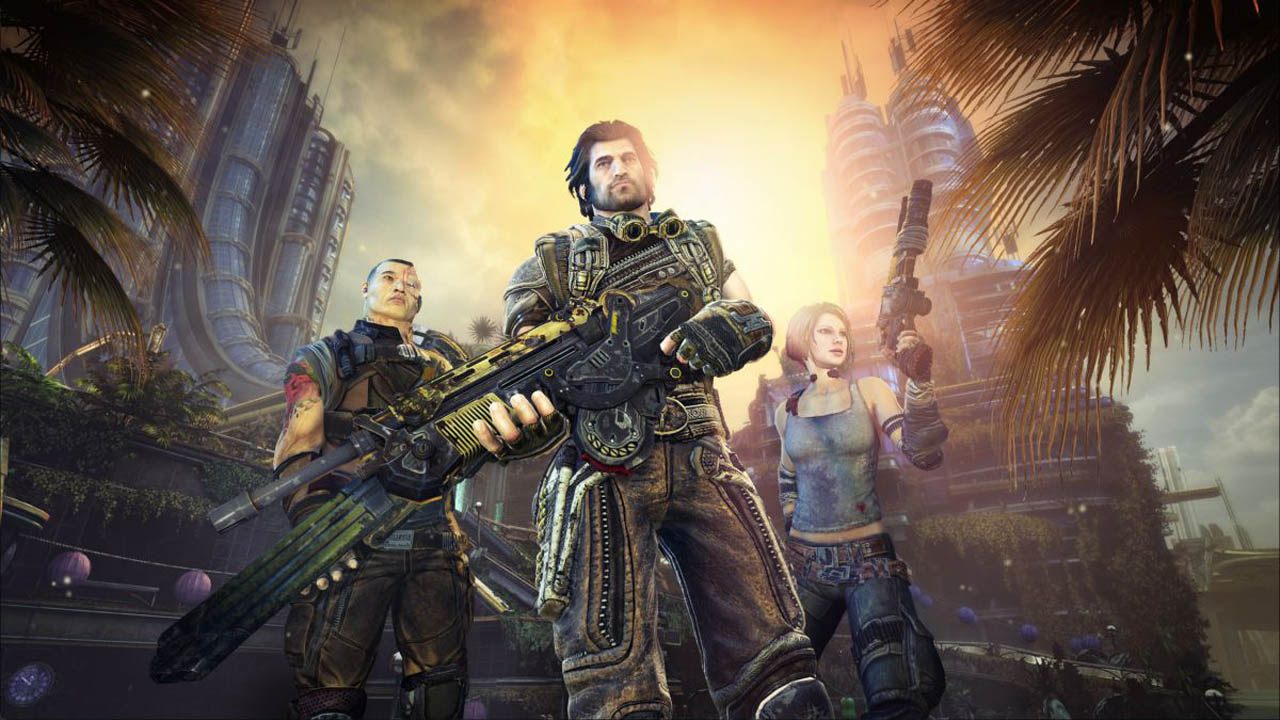 2011’s Bulletstorm was a welcome change to the run-of-the-mill shooters being released at the twilight of last-gen. Whilst critically acclaimed, the it was unappreciated by gamers and seemed to fly under the radar. Never taking itself too seriously, over-the-top blood and gore was order of the day for a game packed with as many throwaway lines as it was unnecessary explosions.

It’s not a title that I ever expected to see remastered and yet here it is. 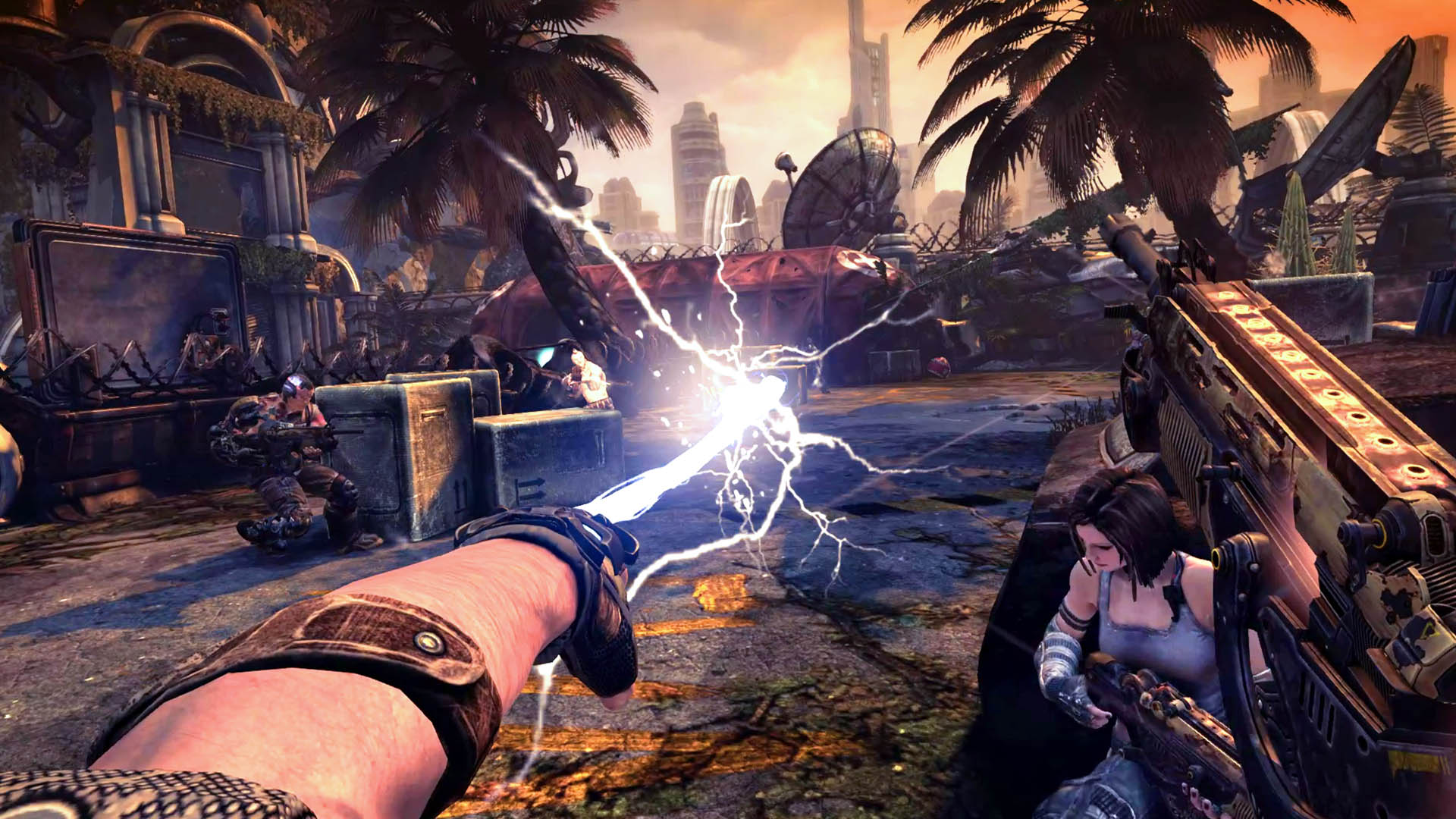 With remastered textures, higher fidelity models and up to 4K on PC and PS4 Pro, this is the definitive version of the game. Throw in all the original DLC and you’ve got one hell of a package.

The Duke Nukem’s Bulletstorm Tour add-on replaces the game’s protagonist, Grayson Hunt, with the much more masculine monikered Duke Nukem. Totally incapable of starring in a decent game of his own, with rerecorded dialogue, filthy language and a bizarre, forth-wall-breaking “what the f@#k am I doing here attitude”, this is the Duke’s best outing yet.

A first-person shooter with a difference, Bulletstorm is a revenge tale on steroids. 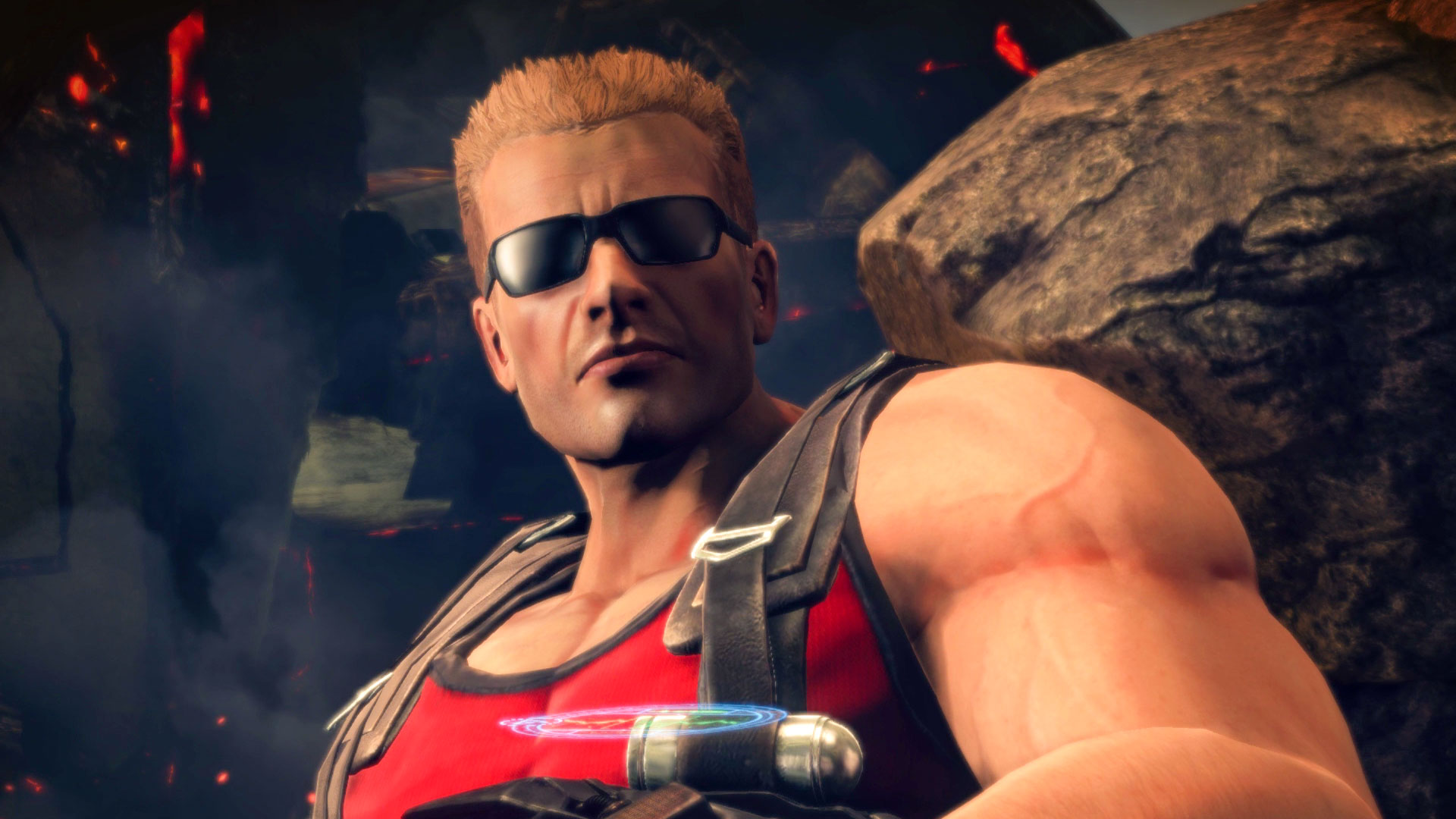 As Grayson Hunt or a confused Duke Nukem (who continuously corrects people who refer to him as Grayson), you are part of an former elite wetworks team lead who operated under the command of Star General Sarrano. When they find out that Sarrano has had them killing innocent people they go on the run, making ends meet as space pirates.

During the crash your friend, Ishi, gets injured and during a botched procedure gets turned into a cyborg with a very defective AI implant. With Ishi in need of power, the two of you head out onto the planet’s surface.

The ruined pleasure planet is populated by its mutated former residents who are keen to see our heroes very dead. Their crazy screams as they run to you are perfectly complemented by the obscene arsenal of weaponry available to you. 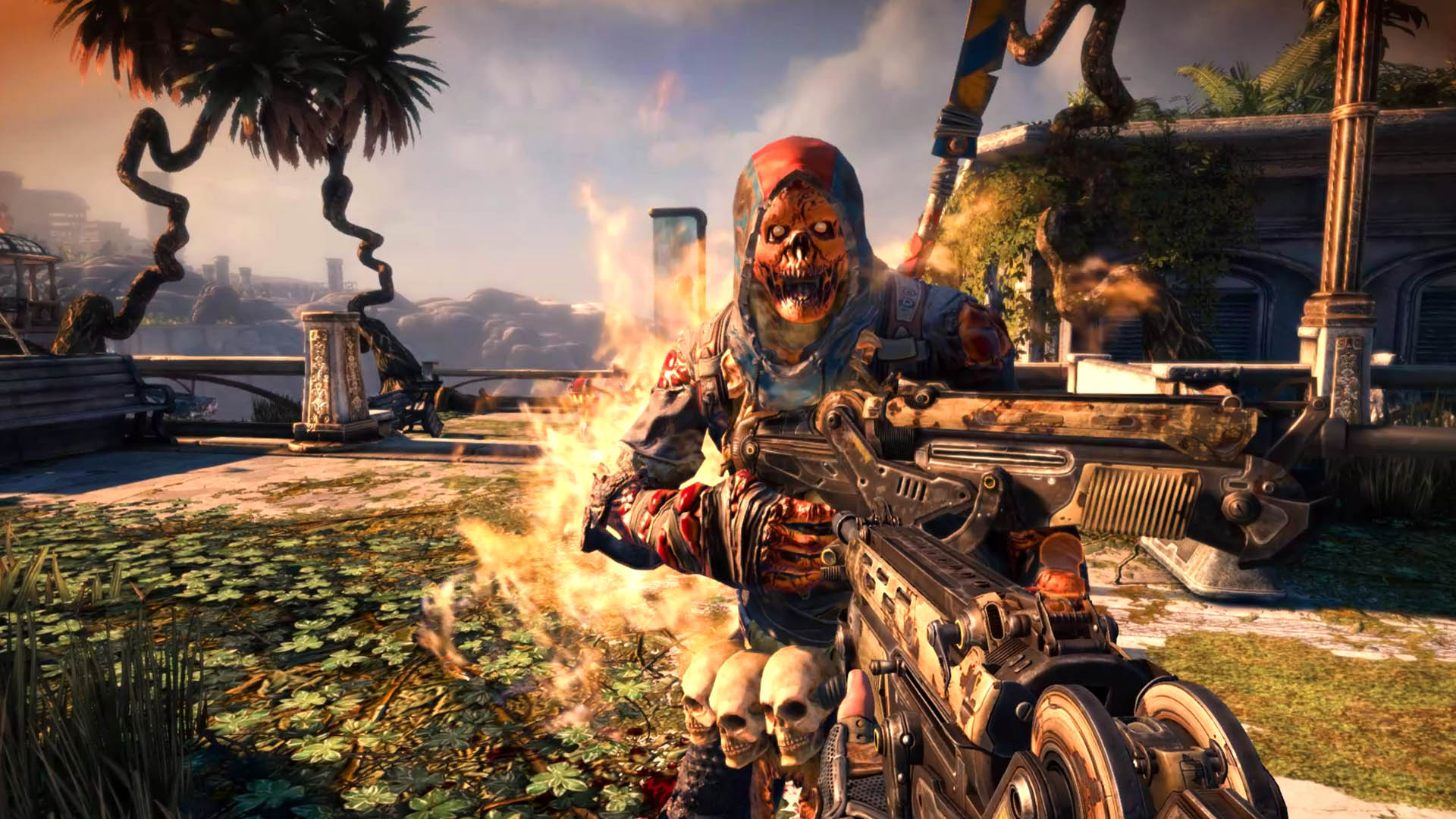 The game’s control scheme take a bit of getting used to. It can be changed, but I suggest that you don’t, as whilst it is different than your usual shooter it works perfectly with the game’s unique melee attacks.

It’s over the top, a bit silly, but makes you feel like a god-damn ass-kicking superhero. Defeating the bad guys becomes less about taking out enemies and more about just how creative you can be it defeating your enemies. 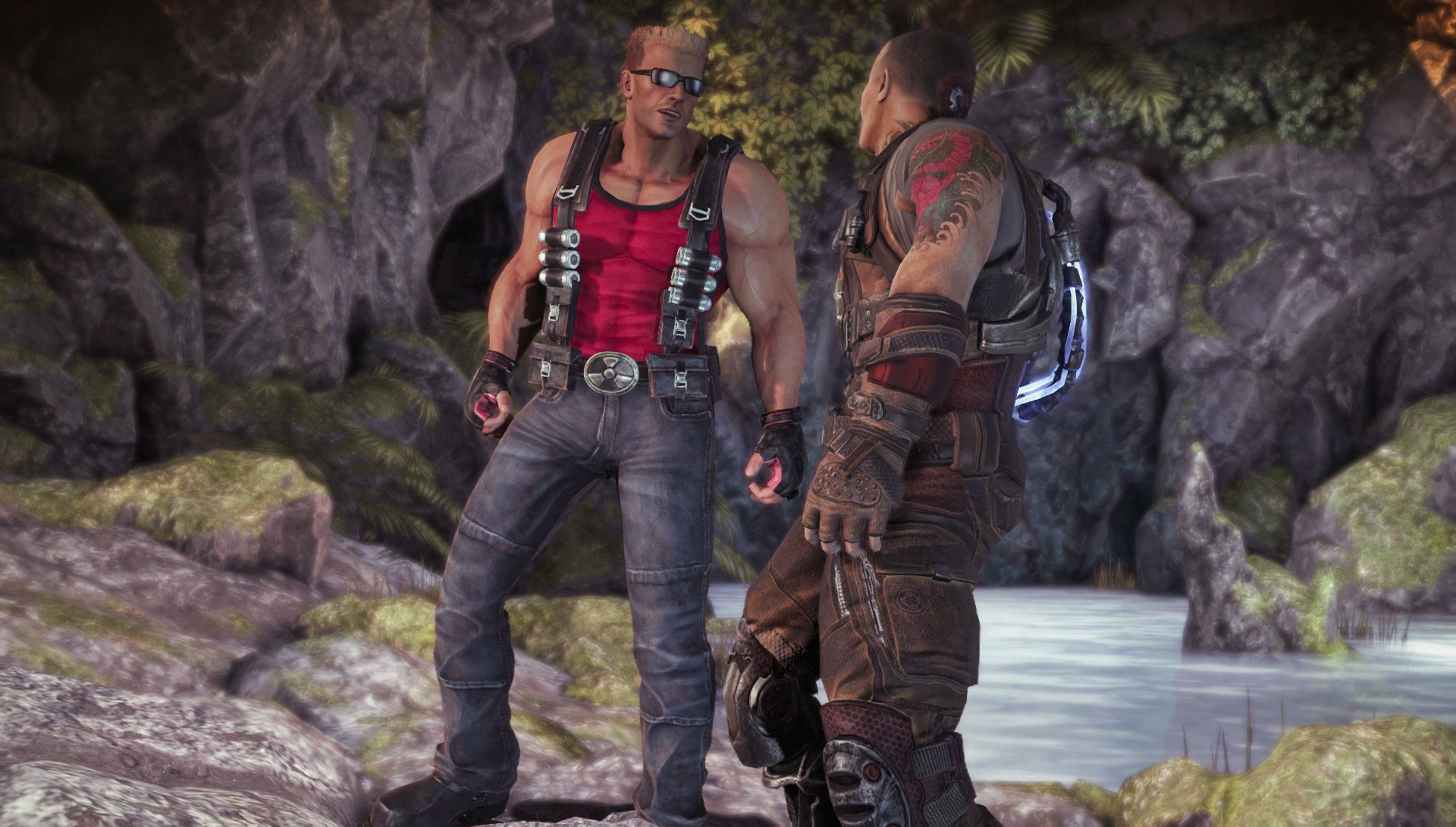 The developers have gone to great lengths to litter the Levels with plenty of pointy things and electrical hazards for you to kick your opponents into. With points awarded for creative kills, as well, the game is immensely rewarding to play.

As well as the main campaign, Bulletstorm also has a horde-like co-op multiplayer mode. It’s fun to play, but, obviously, lacks the slow-mo effect that makes the single player game so cool.

Lastly, Echos rounds off the package, giving players the opportunity to revisit unlocked Levels with special challenge modifiers. This opens up the game to some huge replay opportunities as you tackle Levels killing enemies with headshots or melee only, among other interesting modifiers.

Bulletstorm Full Clip Edition is a great opportunity to get your hands on the remastered version of a very under-rated game. It’s fun to play, but even move fun to play as the wise-cracking Duke Nukem, who finally gets to star in a decent game. 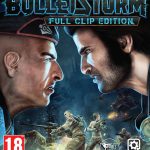 Gameplay
Graphics
Audio
Replayability
User Rating0 Votes
The Good
OTT action that does not take itself too seriously. Solid gameplay
The Not So Good
Game controlling mechanics, although fit within the gameplay itself, will test players perseverance
4
Final Verdict
Scroll Up