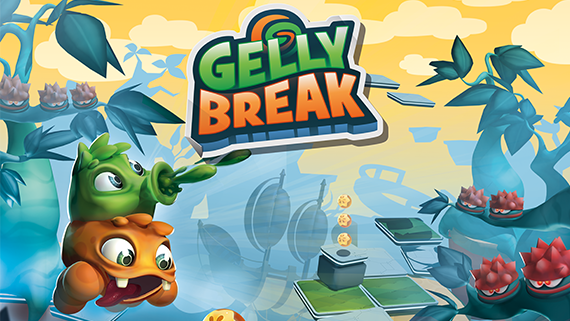 It wasn’t that long ago that people were worried that couch co-op was disappearing, then came the beauty of indie games and the console built with two detachable controllers. Suddenly great couch co-op games started popping up like Death Squared. Now, the question is whether the new couch co-op platformer Gelly Break stacks up?

Gelly Break is a cute platformer which has two blobby creatures’ team up to beat a Level. Levels themselves are straight forward as far as platforming goes. Jump on platforms, jump gaps, and shoot the enemies. But what it does differently is how you and your partner interact. 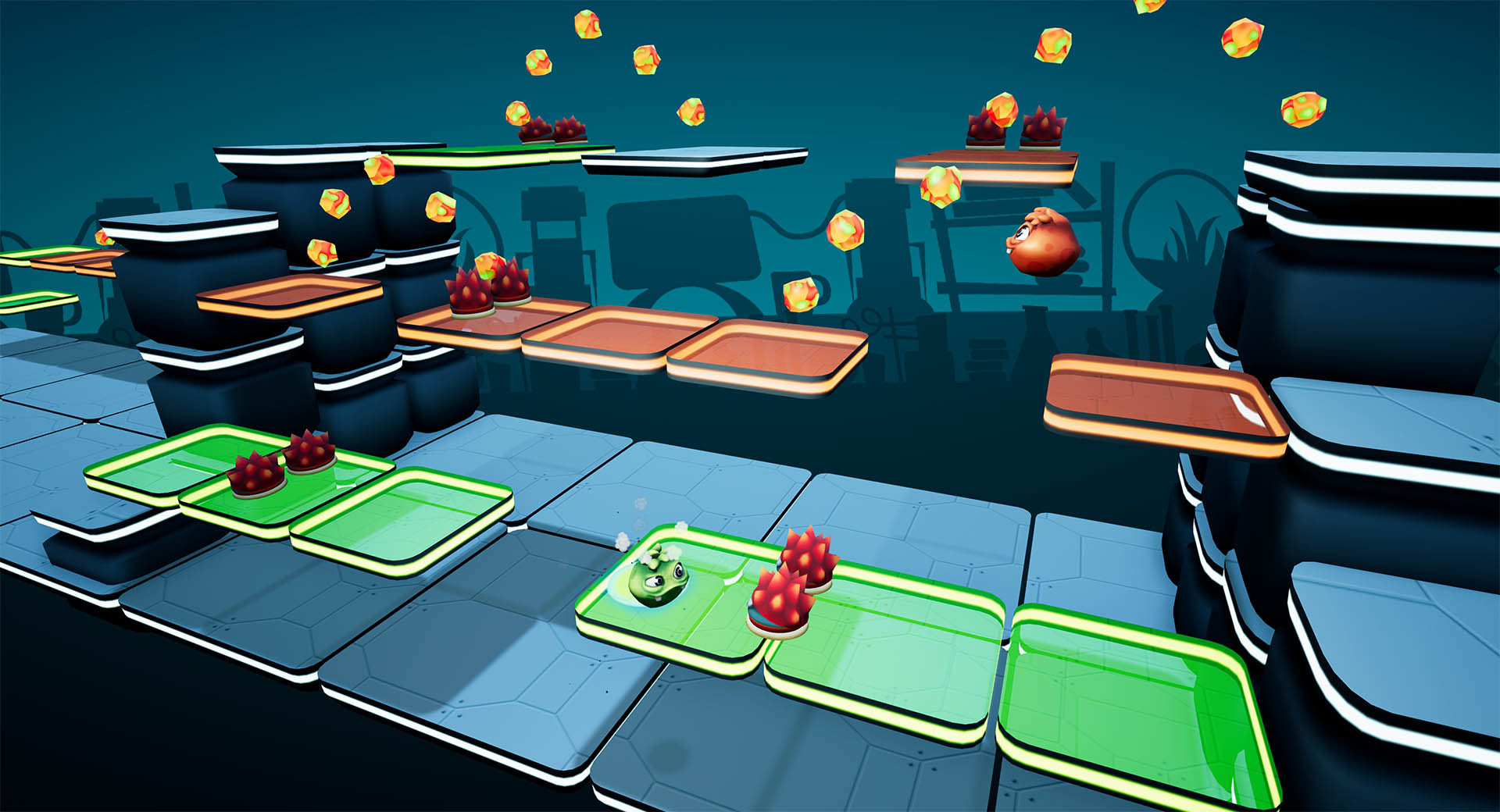 Each of you are a different colour, and as such when you encounter platforms or lifts of a specific colour, only one partner can traverse it. The team gets across it by having one Gelly jumping on the other. So far still standard right? Well the quirky twist is that occasionally you are required to jump from one coloured platform, directly to another. If both of you hold a specific button at the same time, then the Gellys switch who is on the bottom, and the game uses this cleverly, but oh so frustratingly. The person controlling the bottom Gelly must jump across, and you both need to activate the switch in order to land on the next platform.

The other requirement for stacking is so you can shoot enemies because when you are stacked only the top Gelly can shoot, and the bottom Gelly moves resulting in a strange isometric shooter feel. People familiar with isometric shooters will be used to using a stick to move and a stick to fire. Well, this splits that gameplay into two roles, and it feels clever, but so bizarre. 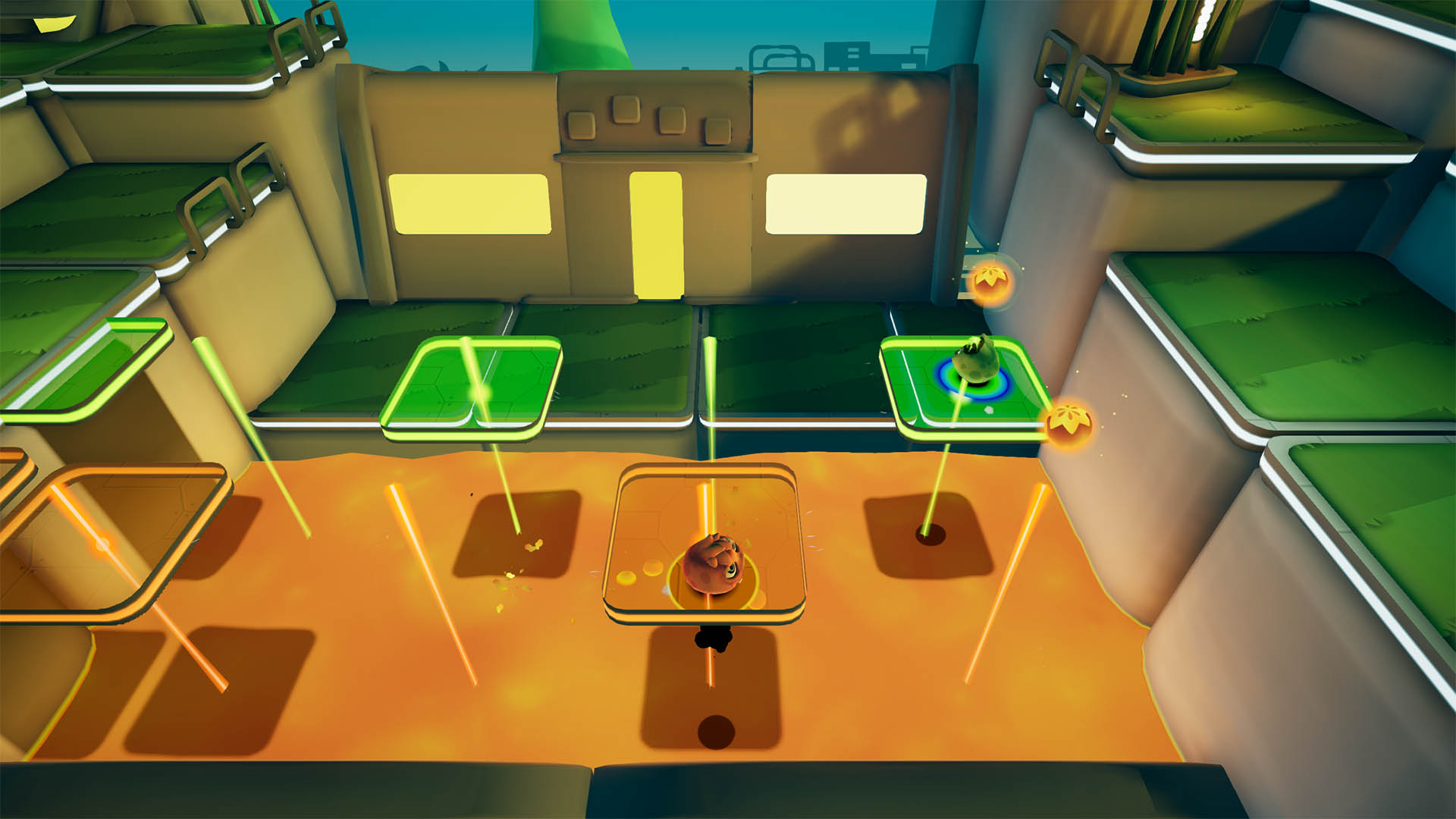 That is a feeling the game gives regularly.

It’s clever, but the requirement for you and your teammate to do what you would normally do by yourself, while it’s not being as smooth as it could be, gets so frustrating. Fortunately, the games colourful Levels, cutesy characters and smooth animations do make it easier to deal with.

If the idea of this isn’t up your alley, or if you don’t have someone to play with, the game does let you play a single player mode. In this mode the Gellys are attached and both the one colour. The switch button instead changes the colour for platforming, and you can always shoot. At this point the game becomes a basic platformer with bits of a isometric shooter, but it’s a touch shallow and short without the two-person twist. 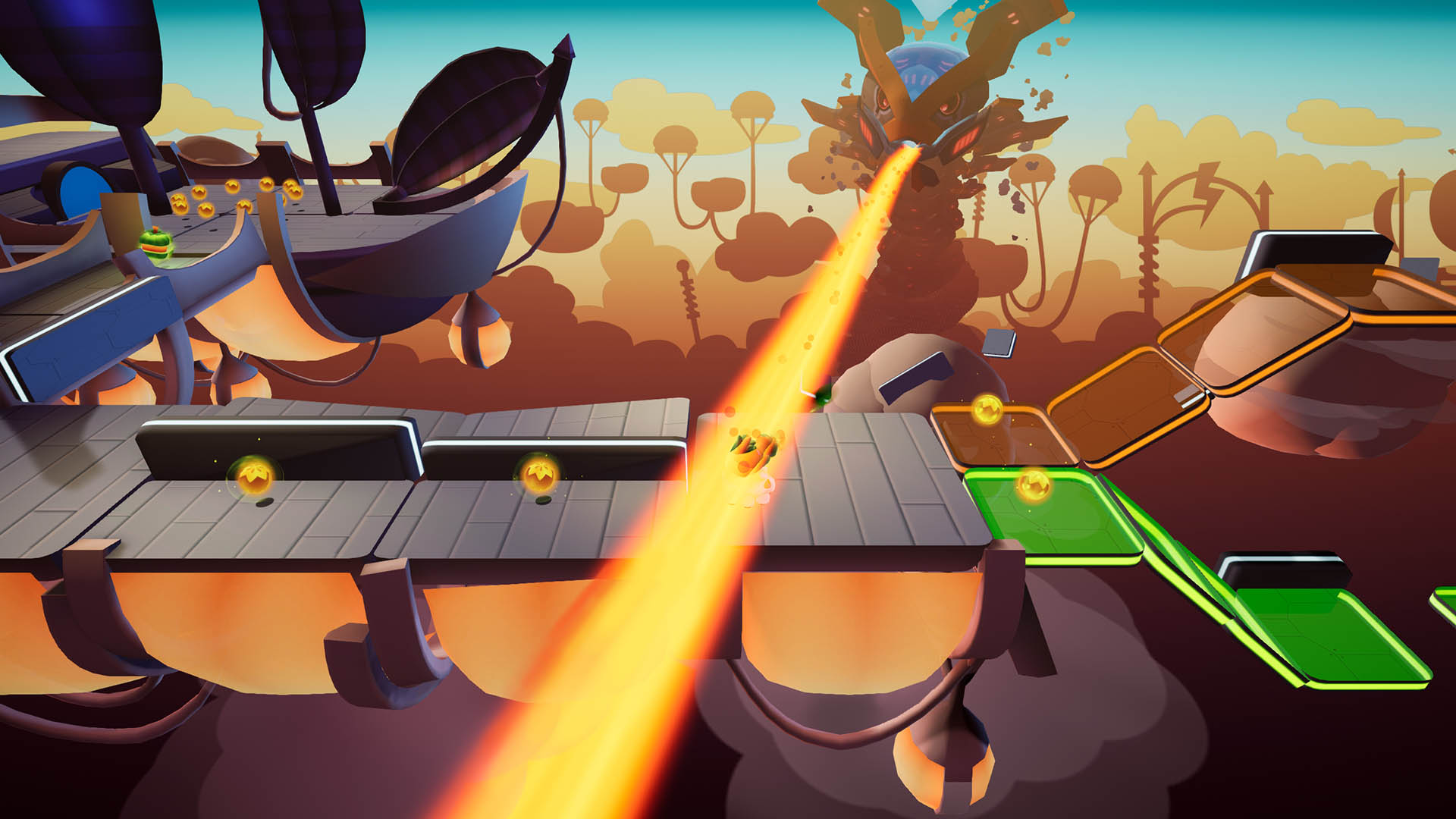 The game’s biggest technical frustration is with some of the platforming.

It is super hard to judge depth, so I found myself regularly falling down gaps between the wall and a platform that I didn’t realise was there. I’m not sure what was missing but it happened significantly more times than I have experienced with other similar titles.

Overall Gelly Break is a fun platformer for all ages, and perfect for some couch co-op frustration. Patience and acceptance of you and your partner’s limitations will be required to get the most out of this experience.