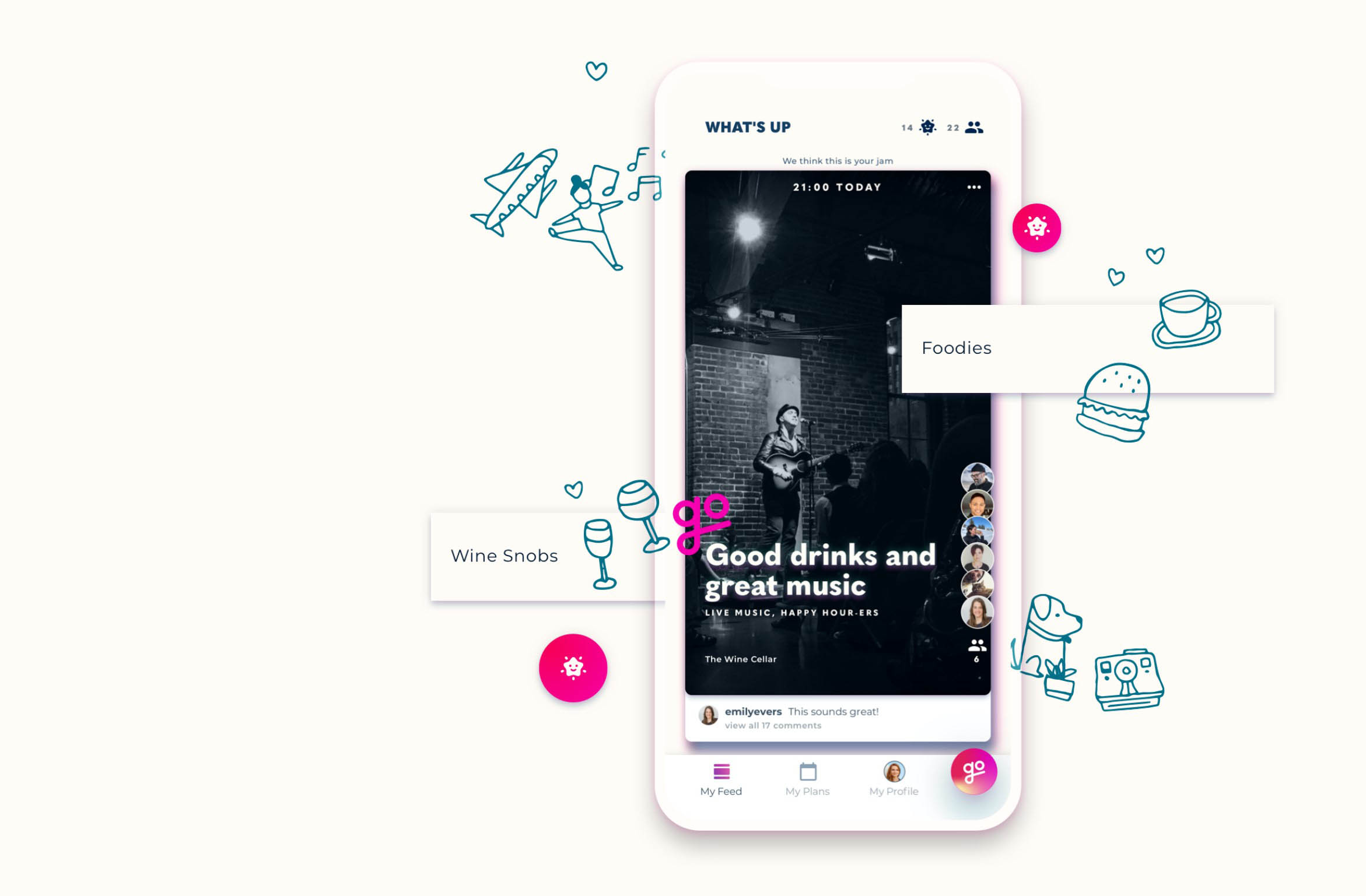 Go – the new social app designed to help people get off their phones and out with friends – has launched in Auckland, New Zealand.

The first city in the world where the free social platform is available, Go is designed to bring people together in real life and solve the simple problem that people are less social and increasingly lonely despite being constantly connected.

Go enables users to see your available friends at different times of the day by sharing if / when you’re free, easily make plans in the real world without the complexity of juggling different services by simply selecting available friends in-app, curate your feed based on your chosen areas of interest: from coffee and crafts to music and trust the platform with your data.

Go respects your data and takes many steps to ensure that it is only shown to other users who you want to see it. Any personal data that you share with us is only used to power the platform; it will never be sold to any other company.

Frustrated by the way big tech platforms have failed to improve our social lives, Go founders, Sean Conrad (an engineer) and Jesse Berns (an epidemiologist and data scientist), spent a year building the app with the intention of launching in the bustling start-up city of Portland, Oregon prior to the pandemic.

“Research has shown that social apps are making us increasingly lonely and that has been my personal experience too. It’s counterproductive when used as a substitute for real-life social interaction and that’s what we’re trying to solve. It’s about using technology to bring people together, rather than just give them FOMO from things they’ve missed,” says Jesse.

However, as the pandemic raged on in the U.S. and face-to-face interaction continued to be increasingly hard to encourage, the pair were faced with the decision to abandon their efforts or change their plans.

“From an epidemiological point of view, choosing Auckland was an obvious choice and we’re really excited to launch here first. New Zealand has really effectively handled the pandemic and because of that, people enjoy the level of social freedom that we needed to launch Go,” says Jesse.

“Beyond that, Auckland shares a lot of similarities with Portland, with a comparable metro area and demographic make-up,” adds Sean. “This means we can really accurately use insights from our launch here to inform our global rollout when the pandemic response matures in other markets and our launch there is less risky.” says Jesse.

Over 350 Auckland businesses have already signed up to the Go app, which provides them with the ability to build a loyal customer base and create opportunities to interact with interested users, including finding and connecting with people in the exact moment that they’re planning their days and nights with friends and promote relevant, timely offers, better matching business events with people most likely to be interested and suggest those events to them automatically with the help of Go’s proprietary machine learning engine and empower people to make plans together at business locations.

‘Go ads enhance the user experience because users choose what they see. It’s based on the interests you select, rather than your demographic and in-app usage data sold or shared with third parties, unlike other social platforms,” says Sean. “This is a completely unique approach and means there’s a genuine two-way benefit – we’ve had a really positive response to that from Auckland businesses.”

Go is free to download from the Apple Store or from Google Play for Android devices.