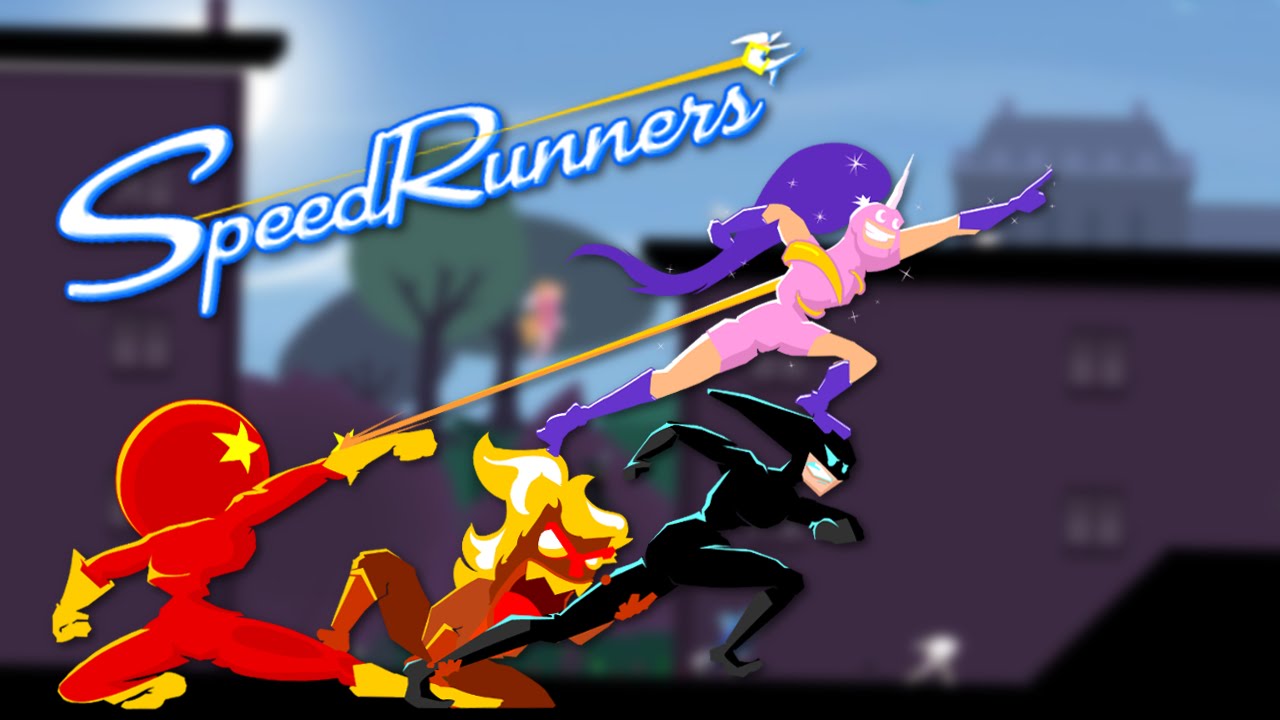 The game is simple. You platform your way around the 2D track until the other players or bots fall far enough behind to be knocked out and then do it two more times until you win as it is first to three.  The levels are quirky and fun, they have boxes to jump, walls to scale, spikes to slow you down and switches to drop walls to get in the way of the other players.  You move from left to right until you get to the start and you keep going round.  The camera moves with the leader of the pack and anyone that falls out get knocked out until that round is complete. 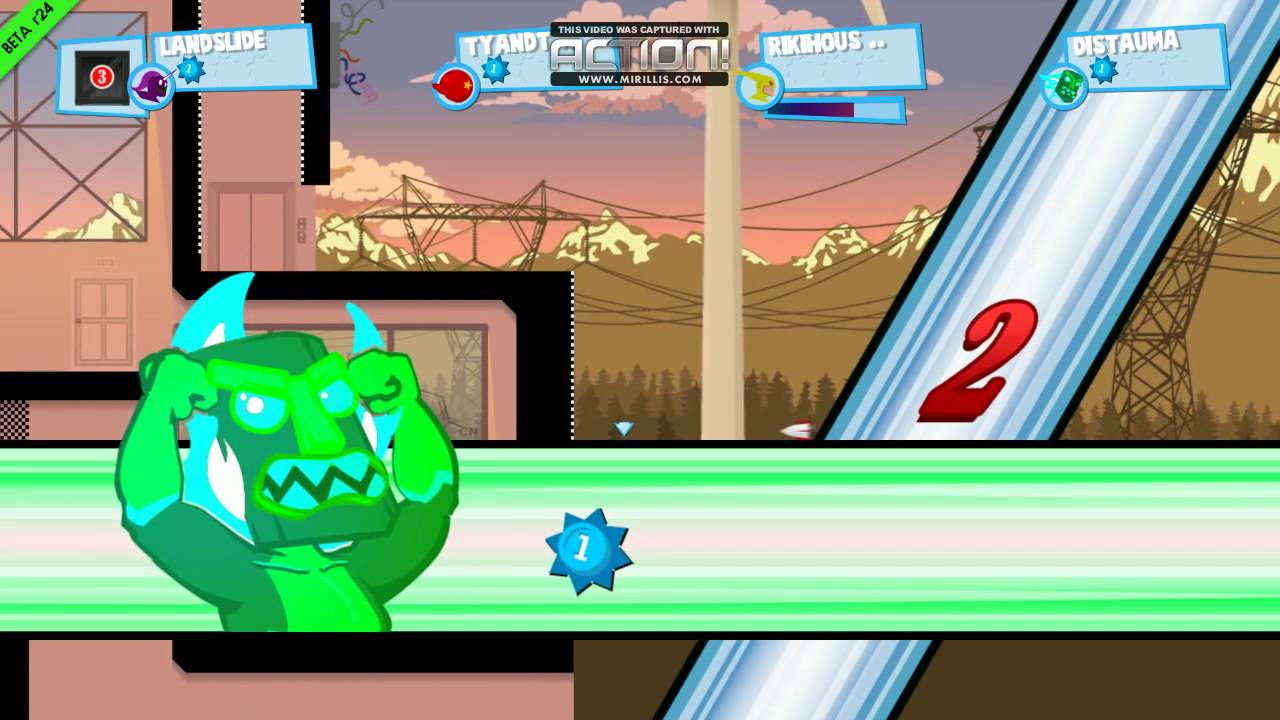 But what happens if you and another player are just too good and keep up?  Well just to make sure the rounds do not take too long, after a while the screen size will start shrinking giving you less and less space for error until the screen is absolutely tiny.  Fortunately that stops rounds from taking too long and makes the game just that much crazier the better you are at it.

On top of the jumping and sliding, left and right running is the boost which adds a little flavour and can get you out of some tricky slow down situations.  On top of that is the grappling hook which you can use on some surfaces to swing from to avoid parts of the terrain or just jump over another player who has the edge on you.  But even more important than that are the weapons.  These come in a wide range, from a grapple that grabs the player in front of you and pulls them back, to a wave that freezes other players, to a rolling fireball, to many more.  These are fun to use, but as one can expect,  frustrating to be caught by, especially if you get frozen when those walls have shrunk quite a way. 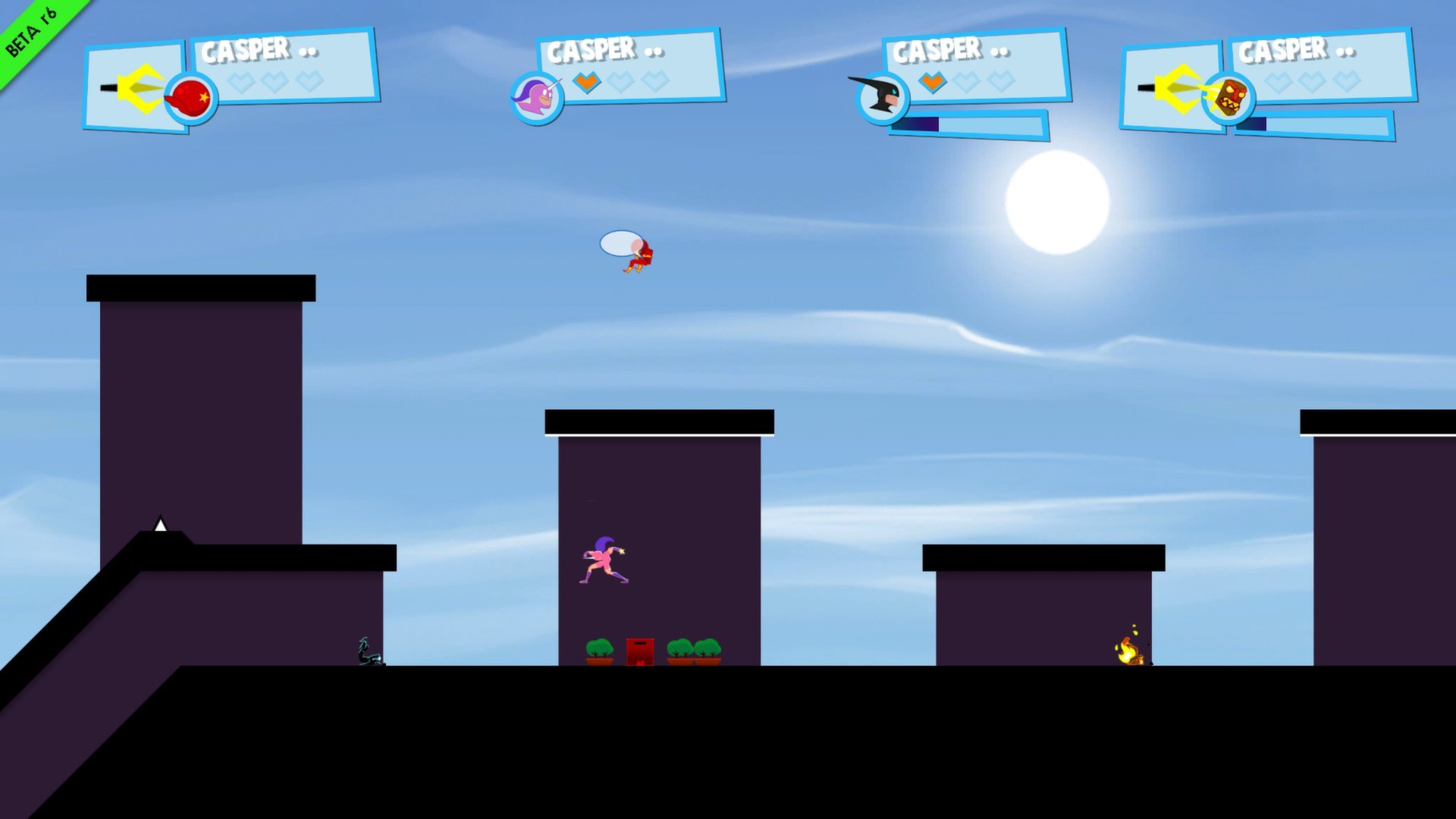 There is a story mode which to be honest is a little silly and not very interesting, although it does explain why the runners all look like rejected superheroes.  Fortunately it is a fun enough way to get your grips on the controls and the game itself.  You can also play against bots only, which is fun for a while but really not the way to play.  The real way to play is against other people, they are less predictable and considerably much more fun to hit with a shockwave.

Online multiplayer works really well which is great, but I found the game froze a few times while waiting in the lobby.  Fortunately once you are in a game it works seamlessly. Unfortunately however there are some really good players out there already, which results in some royal spankings early on; or it is just because I am just terrible at the game but who is to say? Either way the best way to play is local multiplayer, it is just that much more satisfying knocking out someone sitting next to you. 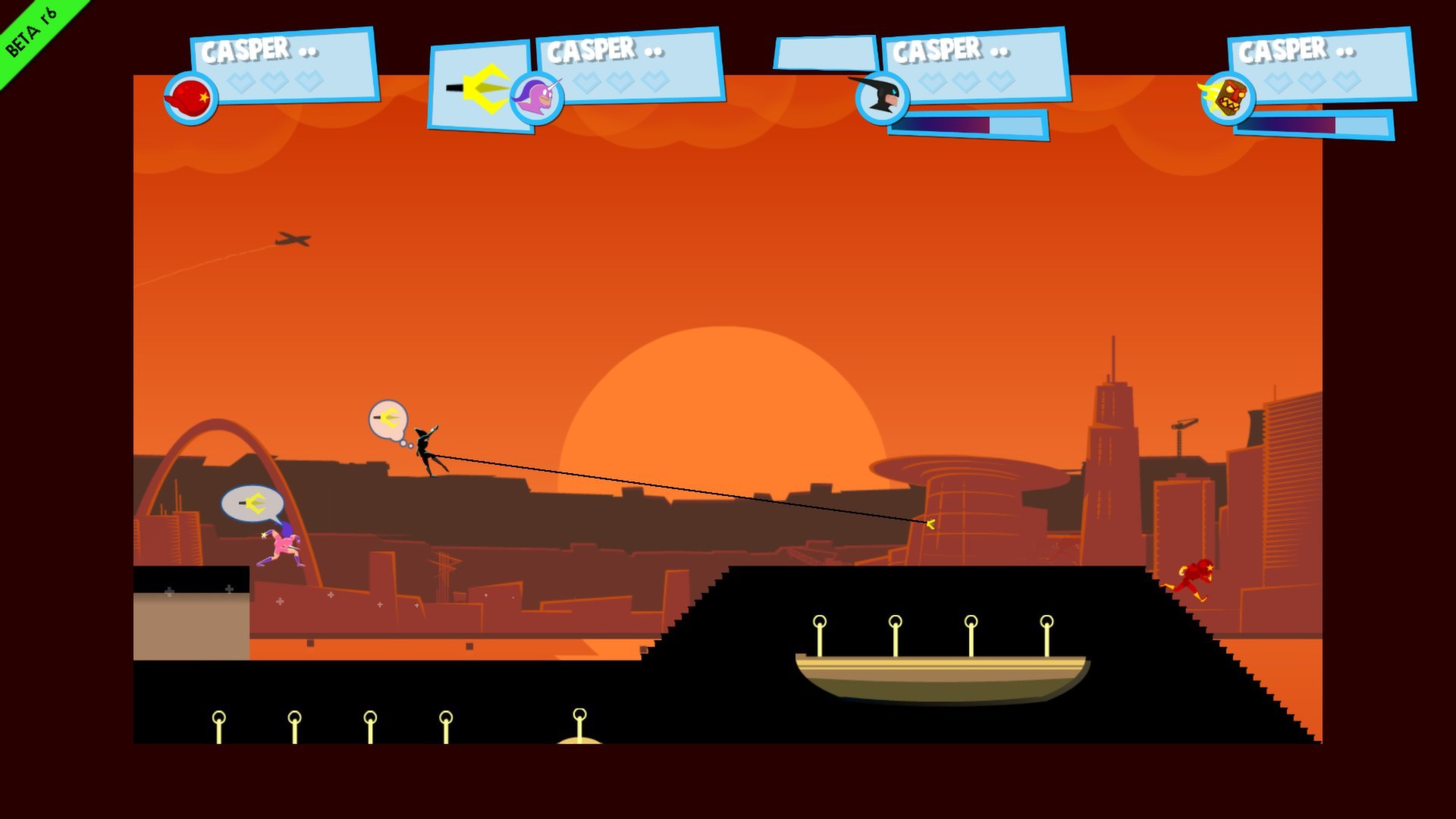 Ultimately SpeedRunners is a silly premise with a silly story and silly aesthetics.  But what it has going for it is fast paced platforming fun, that is great in short bursts, or long hauls on the couch with a friend.  The game runs so smoothly without error and it is easy to pick up, but the hard part is learning all of the maps well enough to do them half blind as the screen closes in.