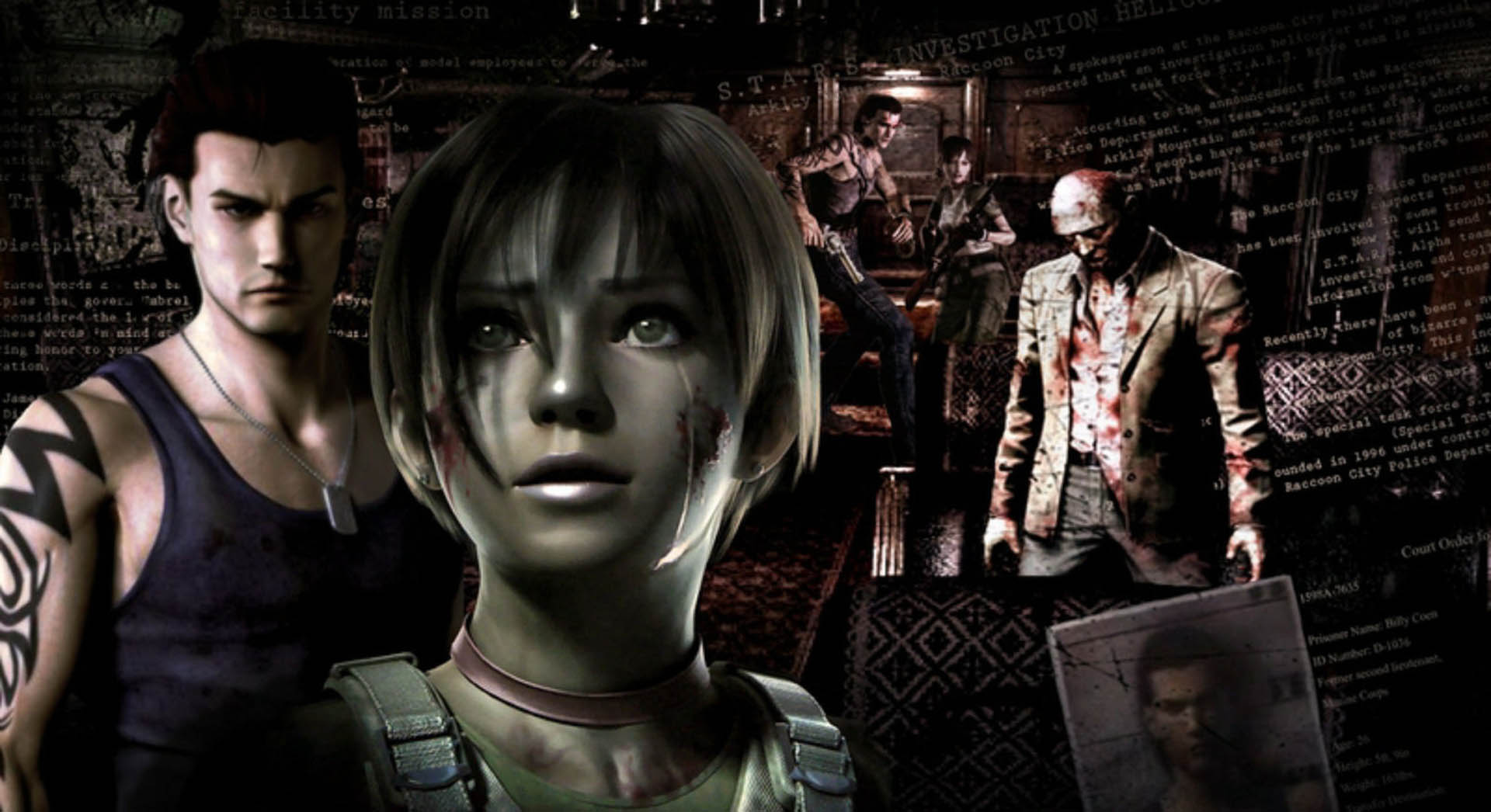 Resident Evil Zero HD Remaster is a remake of the 2002 game Resident Evil Zero and whose creation is based on nostalgia. It is a game that was released purely to part fans from their hard earned money by the fact they remember playing and enjoying the game when they were younger. While some parts of the game still hold up to today’s standards, others will have you screaming in frustration at your TV and trying to break your controller in half.

The sound design is the best part of the game and yet it is still a mixed bag of great atmospheric sound design and poor voice acting. An eerie soundtrack full of silence, punctuated by footsteps, rain or unknown noises helps to produce a spooky atmosphere which raises the tension of the game and will have you scared to turn every corner. However, it is let down by stilted voice acting and poor cut scenes.

The actor’s delivery of lines appears forced and comical, leading to breaking of the player’s immersion and disinterest in the story. 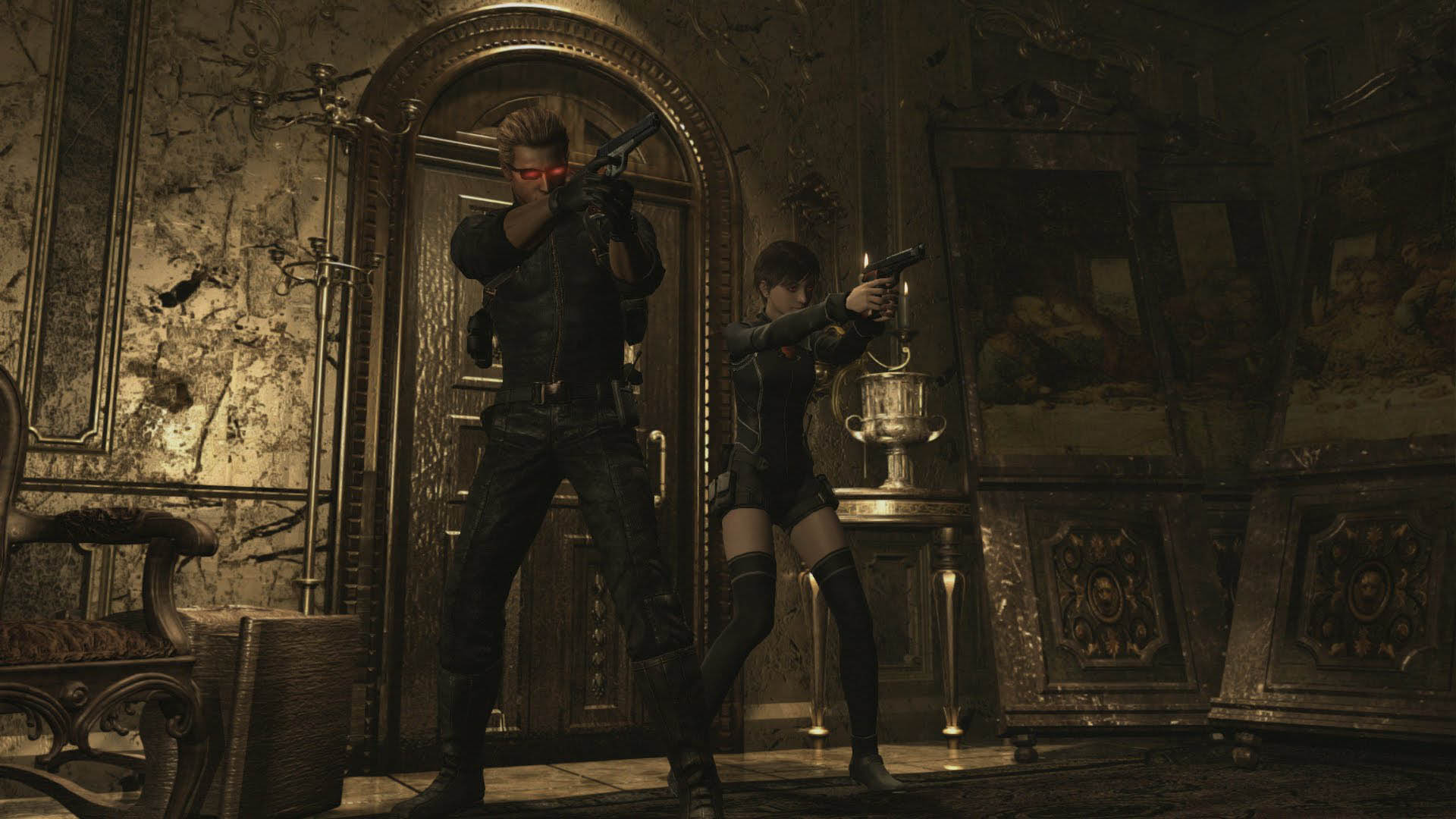 The suspense is increased by the visual design of the game. An ambiance of fear permeates through the game due to a minimalist colour palate, full of dark greys and browns, combined with minimal lighting and lots of shadows. This design choice enhances the horror level which heightens the player’s anxiety, making them uneasy.

This sense of dread is further exacerbated by the fixed camera angles. You will walk down a corridor and the camera will sit and rigidly watch you from a corner of the room, blocking the view of what is ahead of you, until the camera is passed and it quickly flicks to another angle. This design choice has both a positive and negative effect on the game.

It positively impacts the game by preventing the player from knowing what is in front of them, thus increasing the player’s tension as they step into the unknown. However, it also causes extreme frustration for the player as it prevents them from seeing an enemy who is just off screen which will attack from it’s hidden perspective. 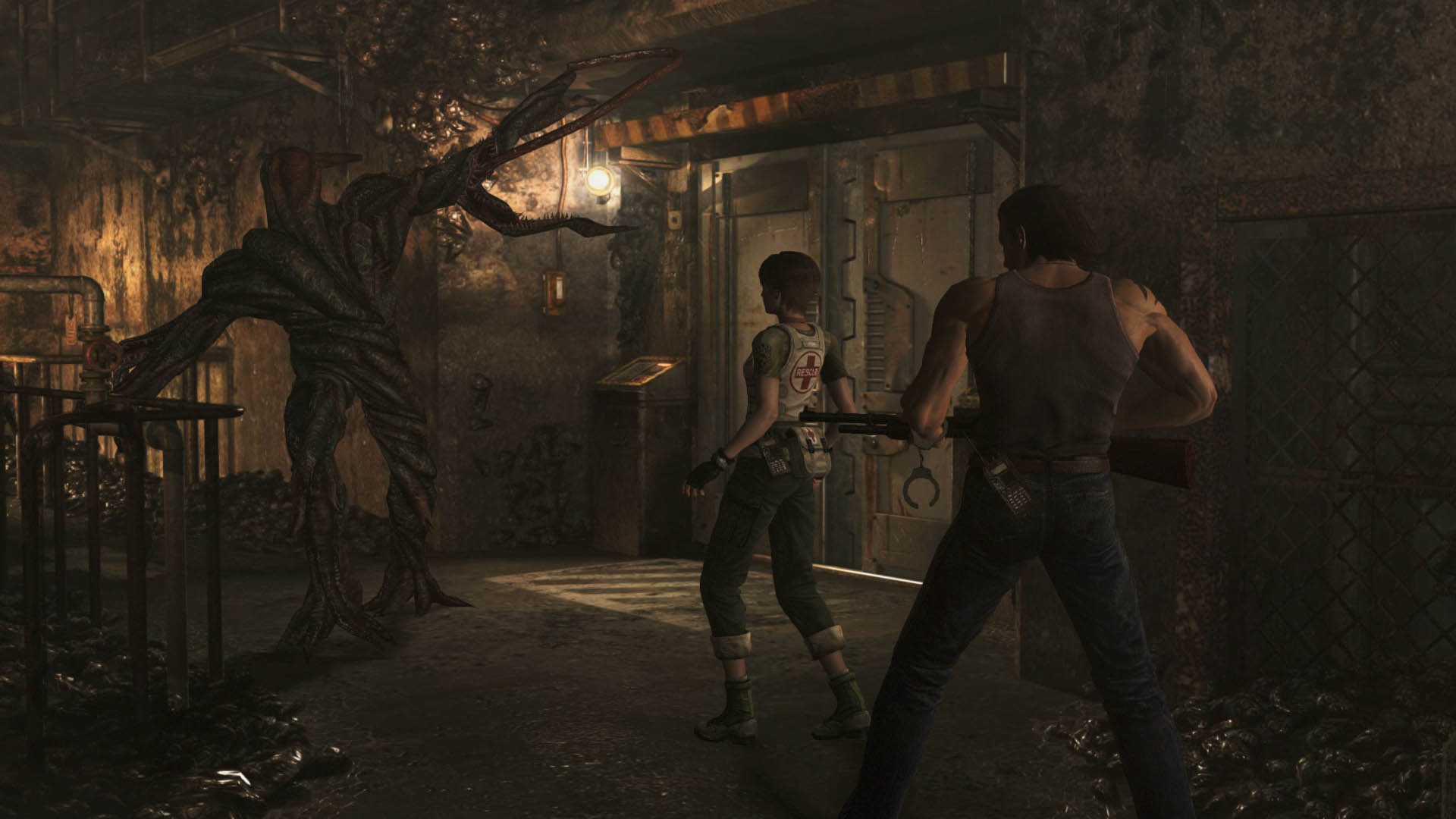 Countless times I was attacked by zombie dogs and died because the camera angle was not conducive to me being able to effectively deal with them. They would leap from off screen and attack me before falling back out of view and repeating the process again. This design choice may have been a result of the technical abilities available at the time, however, it does not hold up to today’s standards, where we now expect a lot more control of the game camera.

The poor camera angles do not help the also poor controls. My main concern with the controls is that you have to do finger gymnastics to be able to attack. While this issue can be overcome with practice, what cannot be overcome is the fact you can only attack in nine directions in front of you, up, middle and down while aiming to the left, centre or right of the character. This would be ok if the enemy could be accurately pinpointed, however, due to the fixed camera angles enemies become almost impossible to locate, making the controls frustrating and unwieldly. 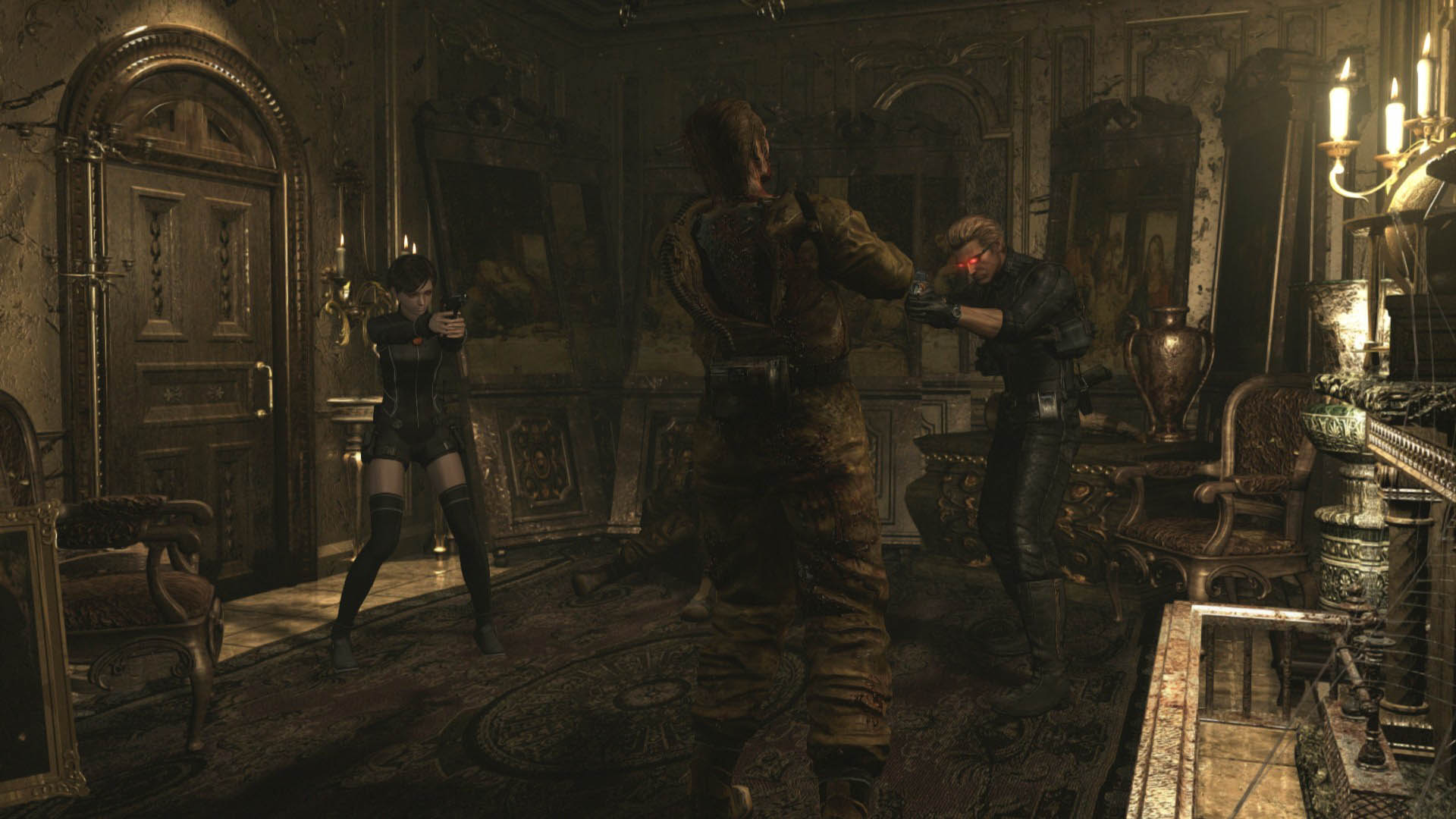 Players control two characters, Rebecca and Billy. Both of whom have advantages and disadvantages (e.g. Billy is strong in attack, while Rebecca can combine herbs) and both characters must be used to solve puzzles. However, I found myself constantly using one character more than the other, not due to favouritism but purely because there was no need for the second character. I feel it would have been a better design choice to forego the character swap mechanic in favour of one protagonist.

If you only play this game for the horror elements, then there is very little on offer for the second play through. Scripted jump scares become ineffectual and tiresome the more you play it. I dislike this style of horror as it feels cheap, relies more on sudden loud noises and plays on the fight or flight response. 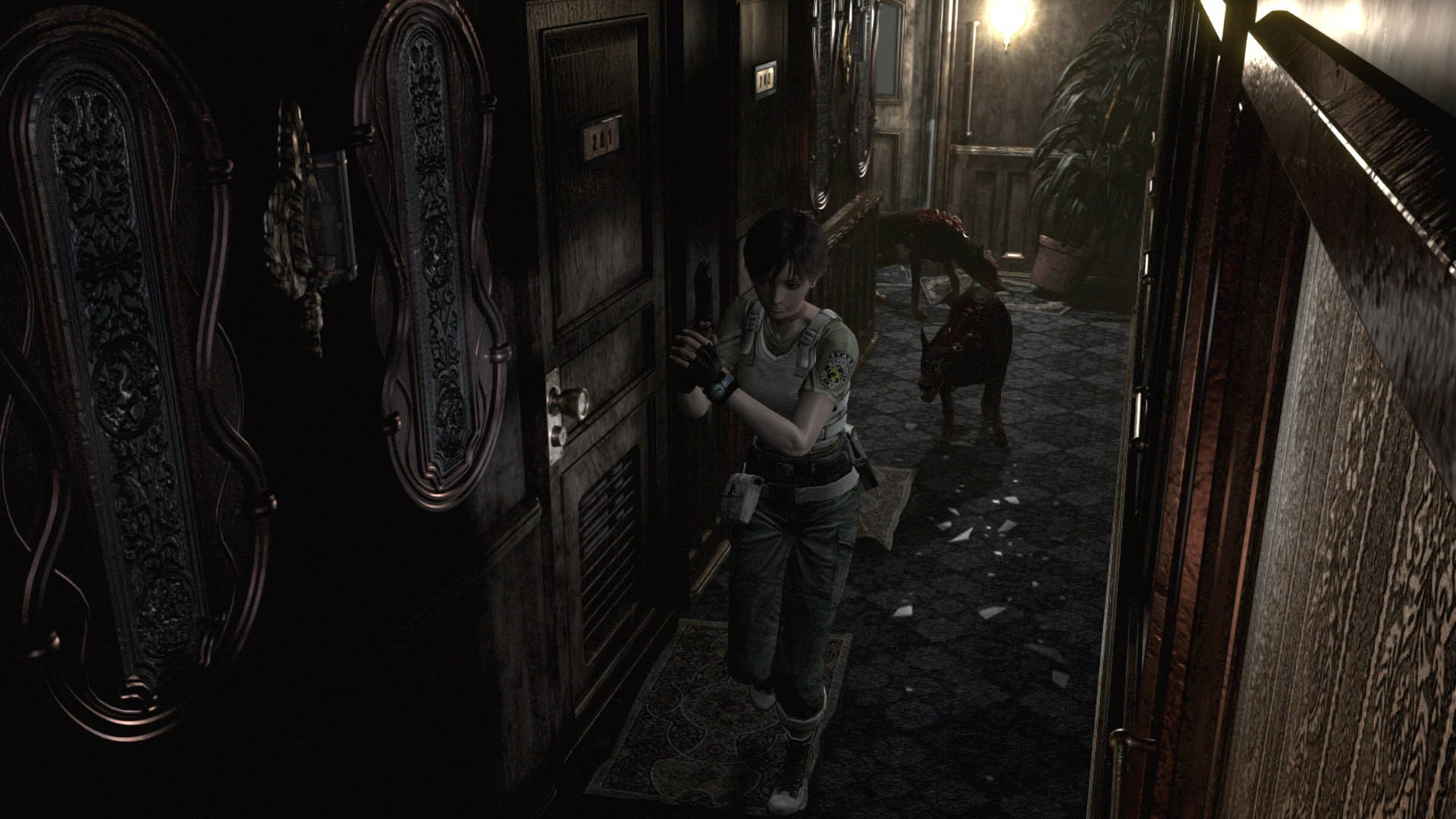 I know some people hunger to replay the games of their youth. However, nostalgia generally paints memory with a rose-coloured tint and more often than not the games of yesterday do not hold up in the light of today. Unfortunately, Resident Evil Zero HD Remaster is one of these games.

Some elements, such as atmospheric sound and graphical design are still very good, however, the enjoyment of the game is affected by the poor camera angles, terrible controls, awful voice acting and depressingly cliché jump scares. All in all, this game was better off with the rose tinted memory of yesteryear.