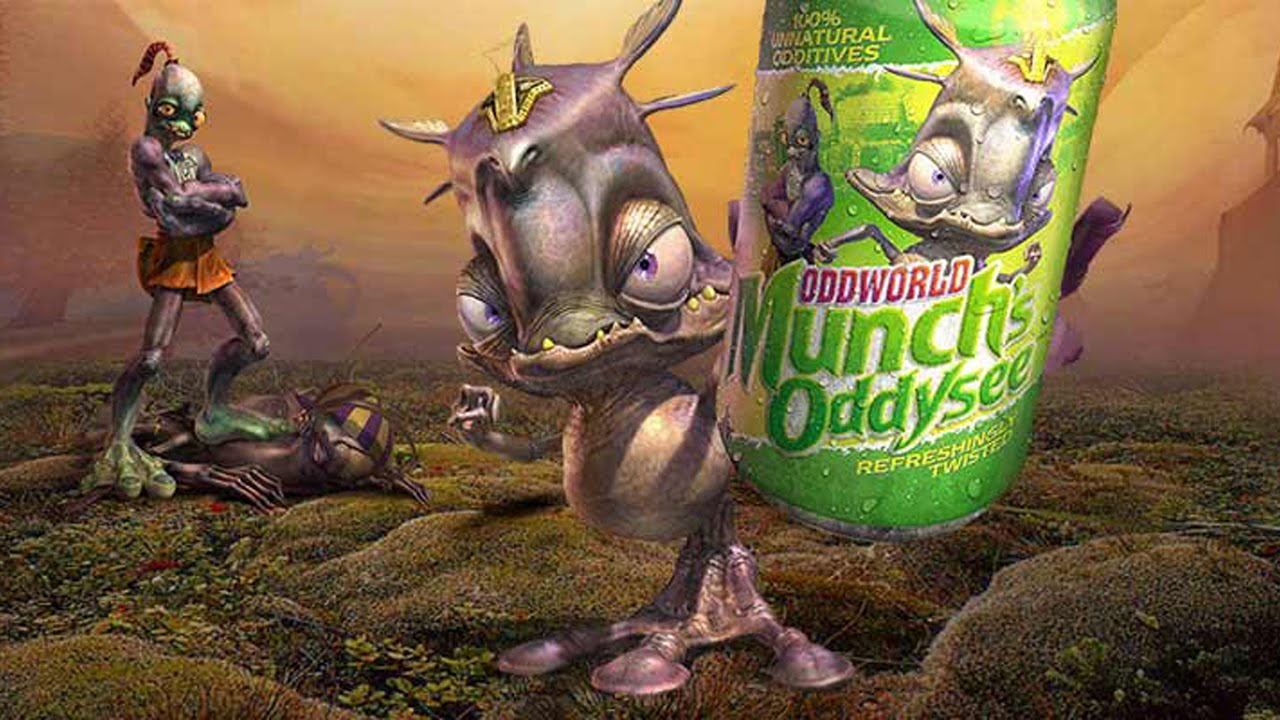 An original founding video game for the very first Xbox.

Munch’s Oddysee, the fourth title in the Oddworld series released in 2001 changing this up from 2D to full 3D roam environments and dropping PlayStation as it’s exclusive platform.

Initially the title received mixed opinions, mostly due to the success of PlayStation exclusives Abe’s Oddysee and Abe’s Exodus being 2D which given the style of gameplay suited well.

But it was not the first full 3D title of Oddworld, Stranger’s Wrath was.

Now Munch’s Oddysee is ‘switching’ things up again being ported over to Nintendo Switch. 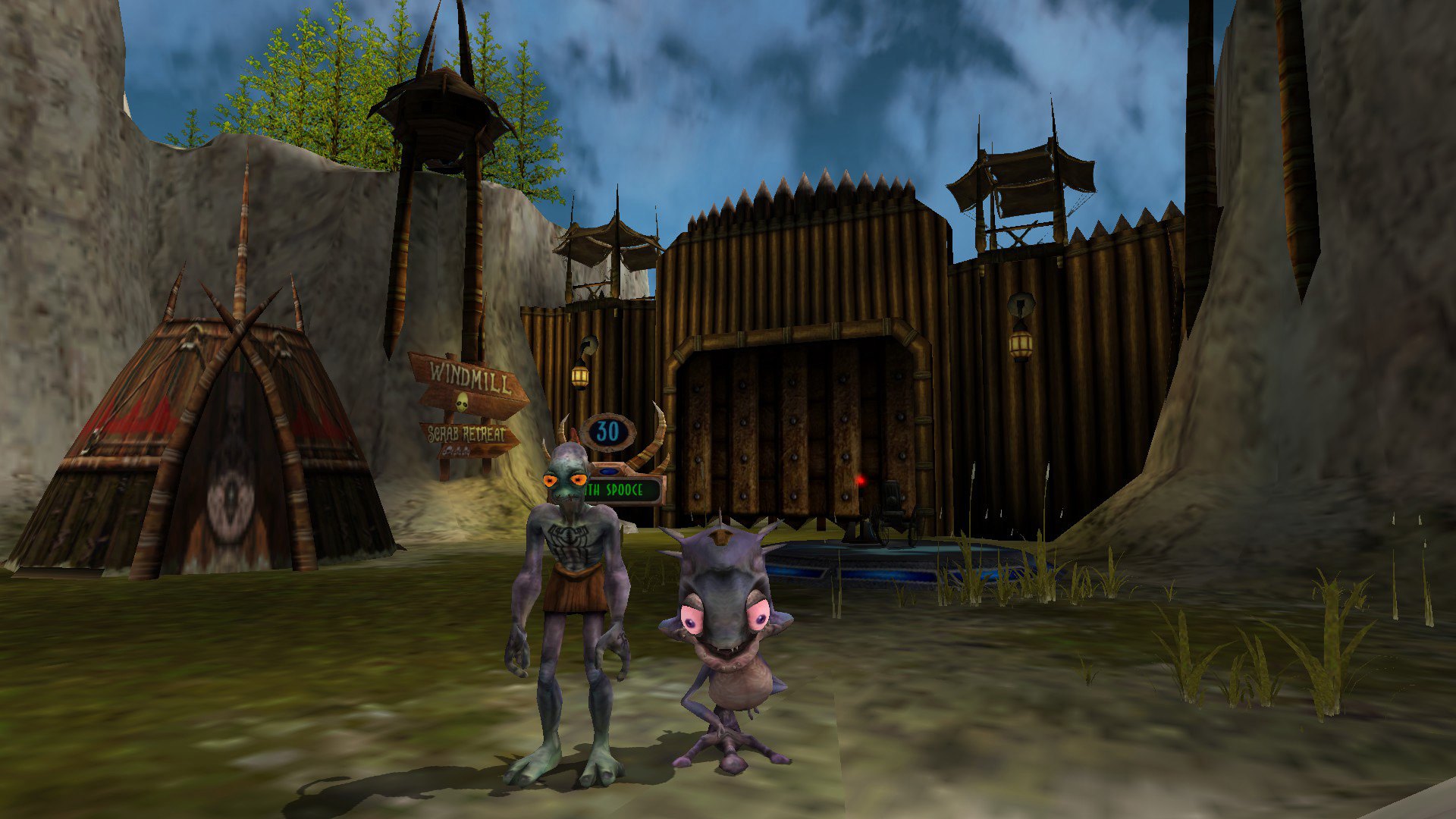 The saga continues and for newcomers does give a welcome backstory from the events of the last two games.

Abe defeated the Glukkons and their industrial scale extermination of Oddworld’s creatures for the productions of tasty delicacies.

With freedom now in their grasp the once enslaved (well, twice enslaved) Mudokon’s can now rest easy.

Same cannot be said for the Gabbits.

A frog like creature the Gabbits have been hunted to near extinction from their native oceans. The sea nad land creatures were once in abundance and now there’s only one left. Munch.

Every night and day he would call out but no Gabbits were calling back. Until one day he hears a cry. 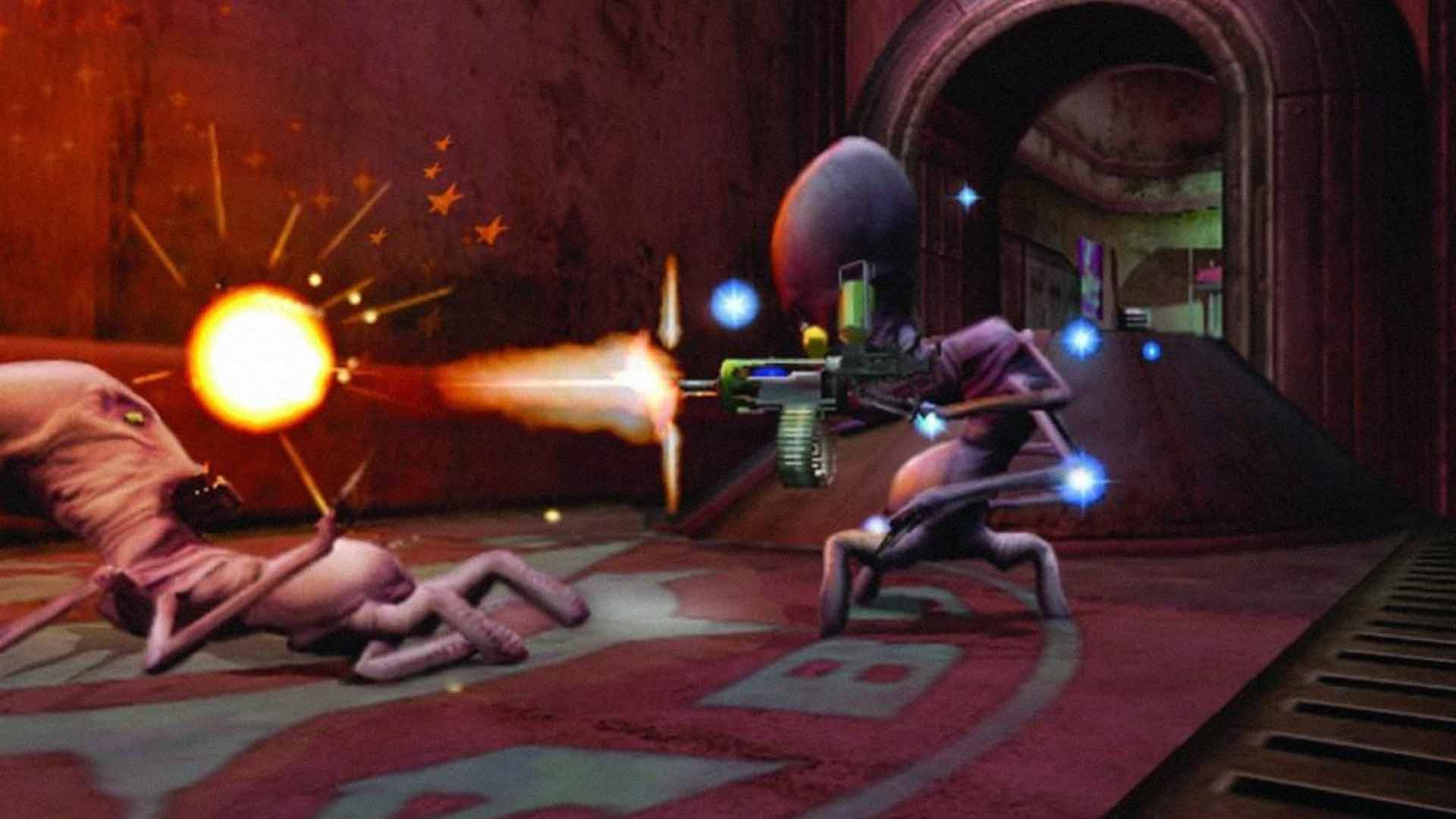 Munch’s Oddysee introduces us to more of the Oddworld creatures. Especially the Vykkers who have a lab where they experiment on small round hairy creatures called Fuzzles (we saw these in  Stranger’s Wrath).

Munch is captured and taken to the lab and has an electronic sonar implanted on top of his brain.

In a lab with caged Fuzzles, Munch and the furry balls of teeth make an uneasy alliance to help eachother and escape.

All the while Abe is once again called upon. The Almighty Raisin, an ancient oracle of wisdom speaks to the Mudokons advising that they must rescue Munch. the last of his species. 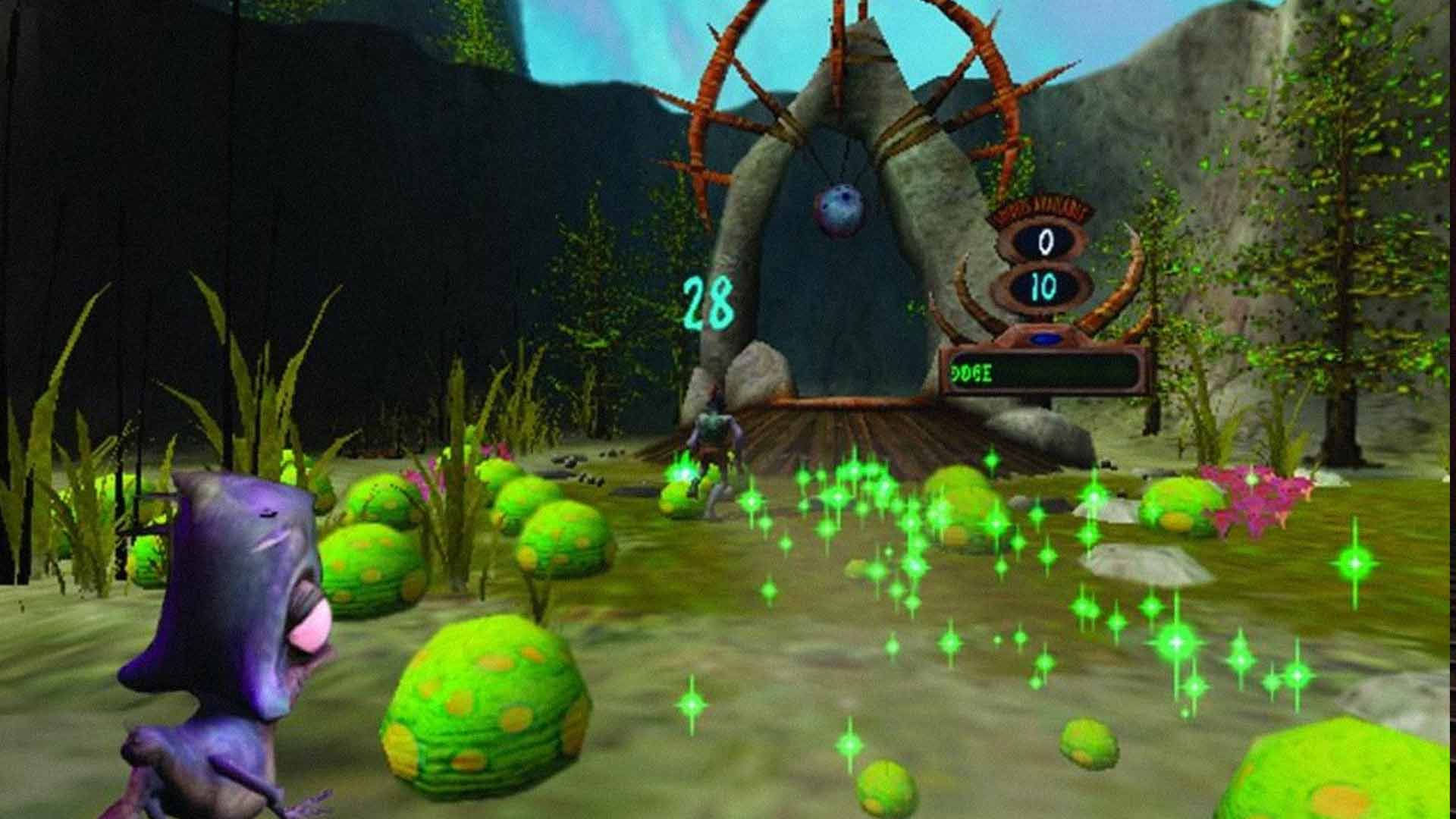 Abe and his pals take on the mission and eventually Abe and Munch with a band of Mudokons and Fuzzles join together in what ends up being an adventure of intertwining fates.

Gameplay is similar to the Abe games we have played and loved, albeit in 3D.

You will need to command your Mudokon friends to help you out opening doors and getting through tricky puzzles.

Environments can require a specific amount of Mudokon’s to get through successfully.

Adding in some other elements to play, Abe also needs to collect a tally of Spooce. Fungus like shrubs that are required to be spent on locked doors. 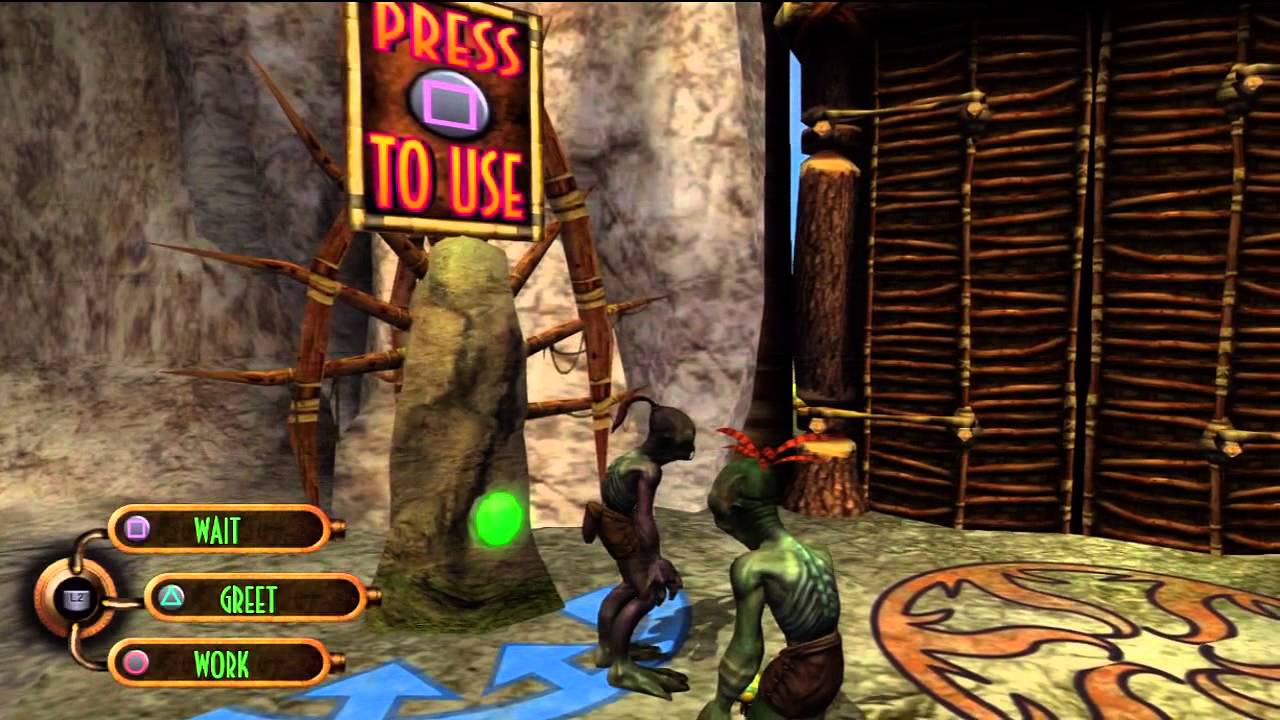 The spiritual Abe can produce as many Spooce as he needs providing he is in an area where there was once Spooce and you have collected there before.

Munch’s Oddysee is yet another fantastic title in the franchise (I’d always hoped for a TV series to come out of the Oddworld saga) and a continuation of the enchanting Oddworld.

Munch’s Oddysee has been ported previously in HD onto iOS and Android and with this Switch port it’s very similar to the others.

Although remastered in HD, graphically in parts the game needs a bit of a do-up to get to the current generation. For some gameplay may also be a bit repetitive. myself I found it no more repetitive than what the original two games were and I still love those.

Munch’s Oddysee is a welcome addition to the Nintendo Switch library and if you did nit check it out back in 2001 or on smartdevices, then now’s your chance to play through the last releasing Oddworld game.

Help Abe to save Munch and be sure to rescue as many Fuzzles as you can. 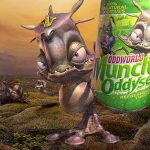 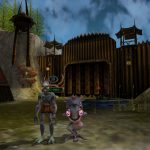 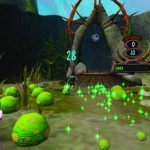 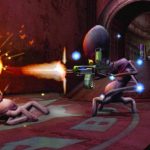 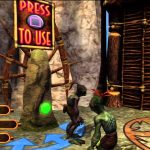