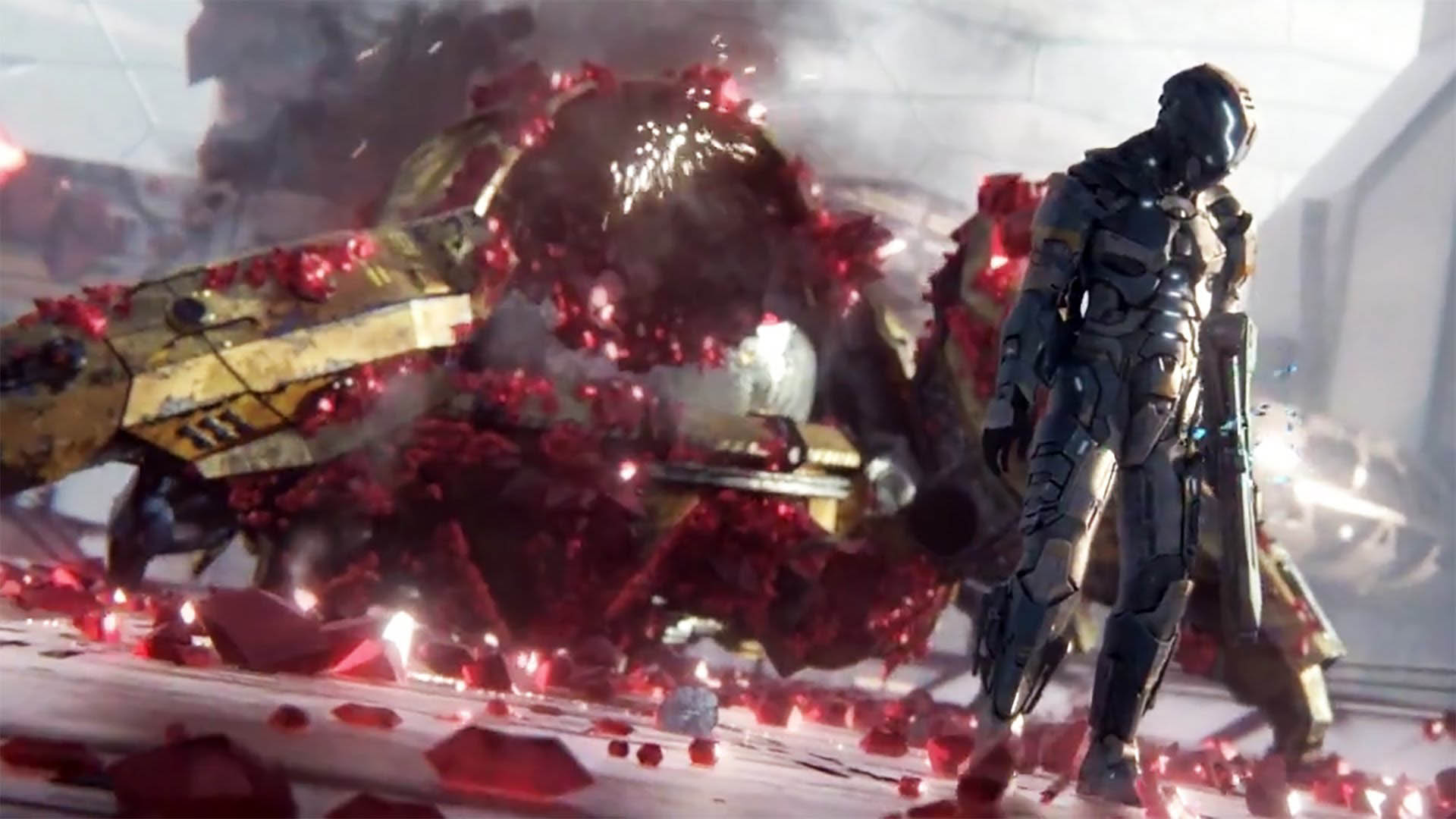 Housemarque have built somewhat of a reputation for themselves on PS4 with their fun retro styled arcadey games with the likes of Resogun and Nex Machina. It is unfortunate though that their latest title, Matterfall, a twin stick side scrolling shooter, ultimately fails to live up to that.

That isn’t to say the game isn’t fun. It can be for the roughly 3 hours it takes to finish it. It is just very short and is ultimately missing an ‘X’ factor that makes it anything special. In today’s world where retro styled games are a dime a dozen, that is a problem.

The game takes place in a very colourful futuristic setting which is undeniably very pretty. The game revolves around fighting off alien tainted machines and rescuing the odd human. There is a plot introduced at the start however it is very light on the finer details. The main thing to take away is that you will need to kill a bunch of alien things. After the introduction sequence, the story goes mysteriously absent until you finish the game which, given it wasn’t interesting anyway, maybe isn’t such a bad thing. 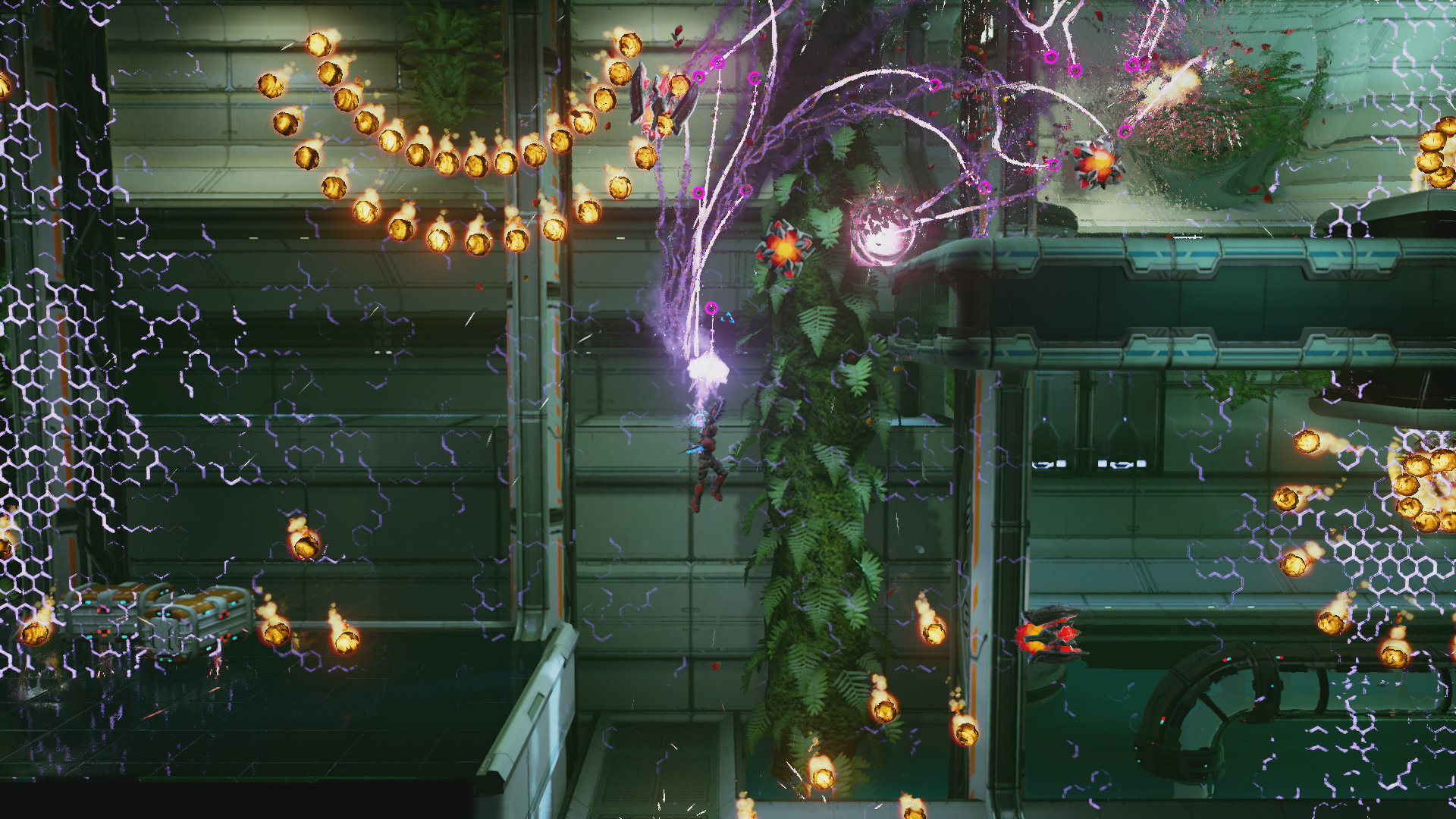 So the game isn’t narrative driven, not a big deal, as long as the gameplay is fun right? Well that’s where we have a bit of a problem. The gameplay is simplistic and at times fun, but there isn’t much game to actually play and the gameplay feels very derivative of those that have come before it, especially during the first half of the game.

In this sort of game, there are three critical aspects of the gameplay: the Level design, the enemy design and the combat. None of these are particularly innovative or deep enough to make Matterfall stand out as a game.

First, to the Level design. The game is a side scroller so consequently all Levels are 2D. One thing the game does right is makes use of both horizontal and vertical planes so you don’t constantly feel like you are endlessly trudging in the same direction. There is a fair amount of jumping about between different platforms but it typically isn’t that difficult nor does it feel like a focus of the game. 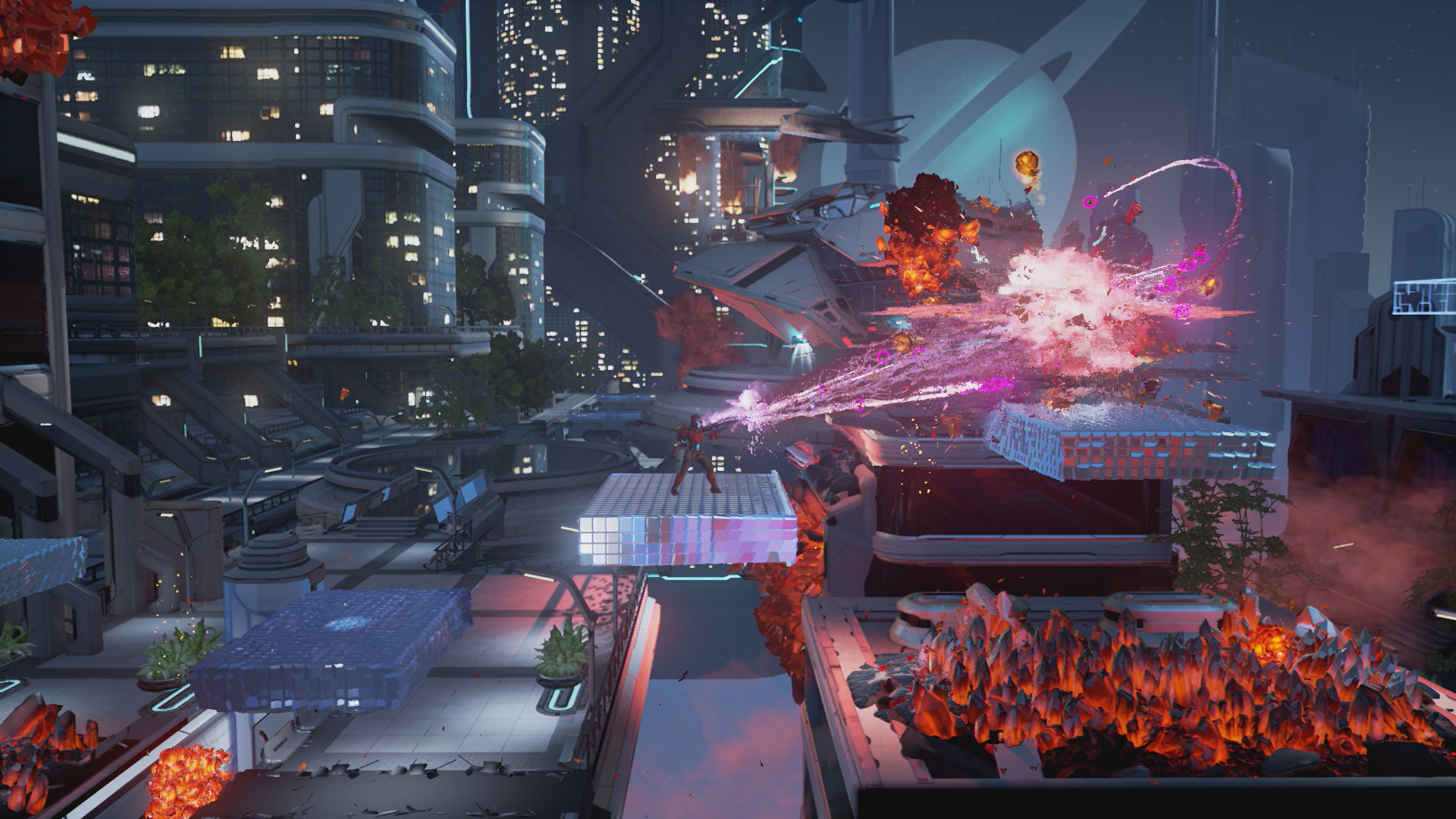 Scattered throughout the game are zero gravity sections where you gain the ability to freely move vertically. While it does add a bit of variety to the mix, it doesn’t change things up too dramatically.

The enemy design predominately revolves around things moving towards you. Whether that is an enemy launching itself at you, shooting something at you or slowly moving towards you. Having dozens of things move at you from different direction results in some frantic heart pumping action. More variety in enemy attack and movement patterns would have gone far to making the game more enjoyable though.

There are three main aspects to your attack, your normal joystick shooting, your secondary weapon attack and your strike attack. The strike attack is the most critical and interesting of these. Your strike attack causes you to lunge in a direction with brief invulnerability then sends out a shockwave which freezes nearby enemies. This makes it both an excellent offensive and defensive manoeuvre. 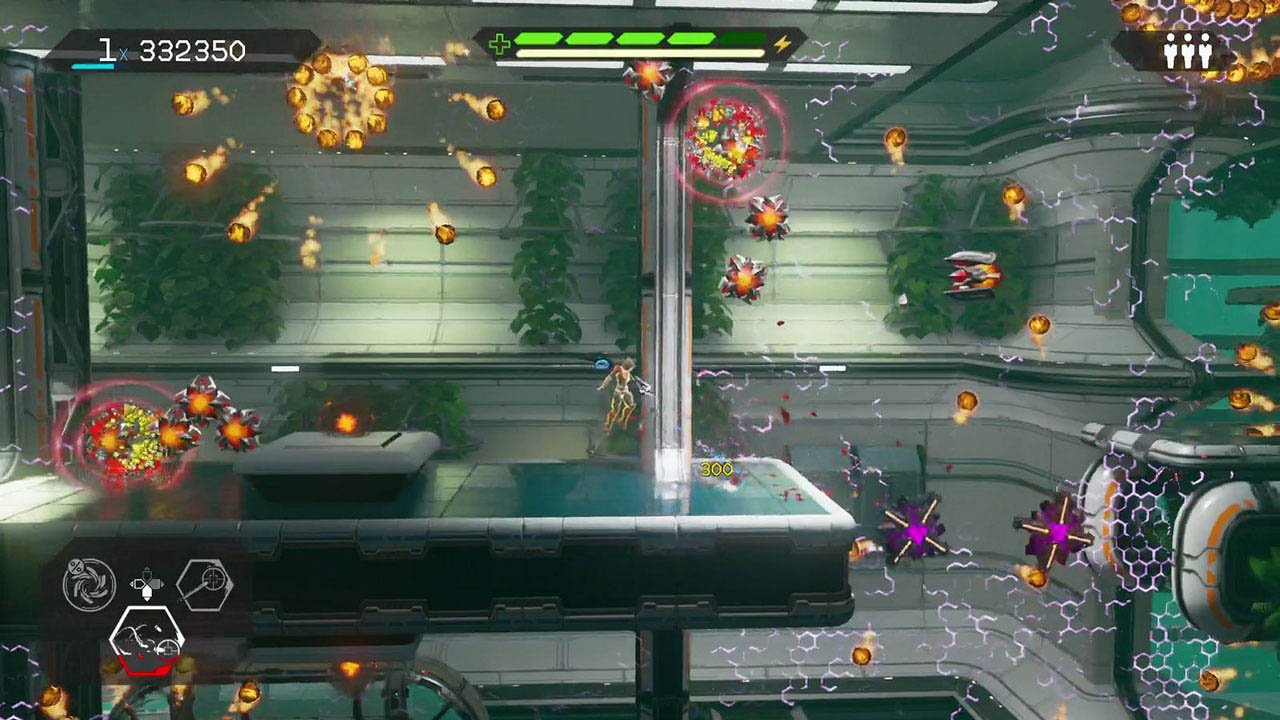 Towards the start of the game these three critical aspects of the game are very simple and the game just isn’t very fun. The game does significantly improve in the latter half once you unlock more secondary weapons, new enemies appear and the level design throws up a few more ideas. The last three levels in particular I found very enjoyable. It is unfortunate though that once the game begins to find its stride it is all over.

The three boss fights featured in Matterfall are some of the best, and also most difficult, sections of the game. Each boss battle is uniquely designed with interesting mechanics and Level design. The game feels in drastic need of more content like this, whether it be mini-bosses or simply more boss fights.

Once you finish the game, there isn’t really a need to go back through it all. The collectibles in the game, freeing humans stuck in crystals, are woefully easy to find and there isn’t much drive to go back and get a higher score.

Matterfall is at times a fun side-scrolling twin-stick shooter. Its abysmally short length and lacklustre beginning portion of the game makes it a difficult game to recommend, even as a low-cost game.