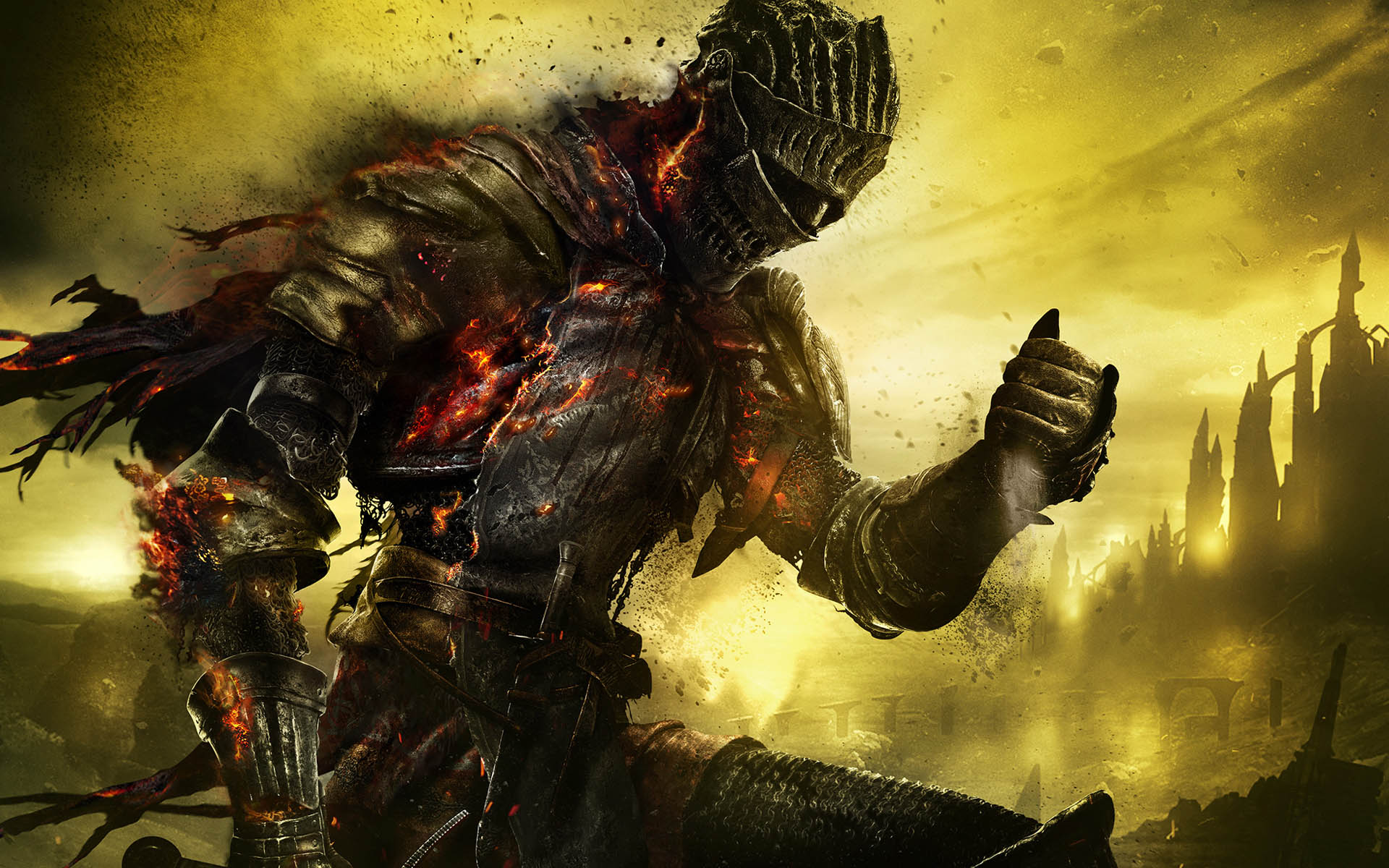 If there has been any game series to prove an axiom true, it has been Dark Souls, and thus it remains with the latest entry, Dark Souls III. In From Software’s latest creation, knowledge is power. Even the greatest fear, the greatest enemy, can be overcome when you know what’s around the corner. As ever with the Soul series, you yourself level up moreso than the character you’re playing.

I recently had the chance to play roughly two hours of the latest in the Souls franchise. What I played was a near final build of the game as it will be released on April 22nd, 2016, although there may be tweaks and changes in the final product. Needless to say what follows below contains significant spoilers for certain elements of Dark Souls III so if you want to go in blind then best avoid what follows. 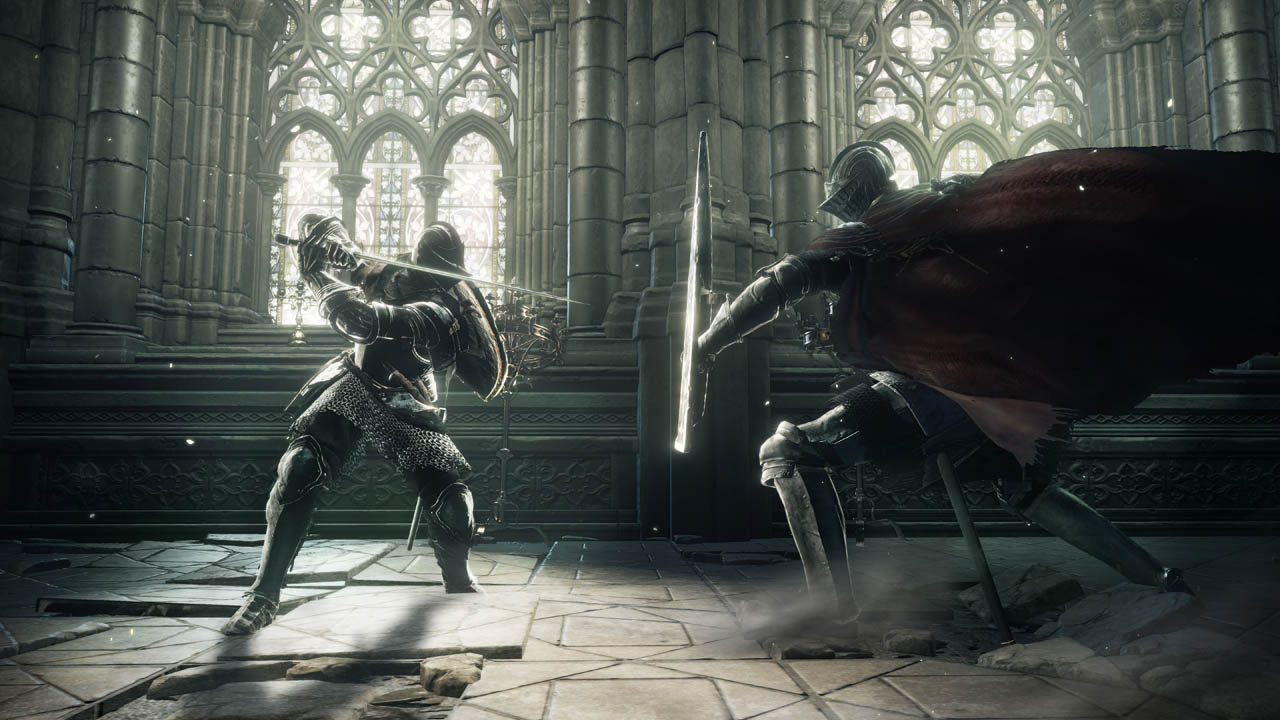 Fire, which has been at the core of the previous Dark Souls games’ mysterious and obtuse lore, is now brought front and center. Rather than being undead turning hollow, you are “unkindled,” risen from the grave to destroy the Lords of Cinder. The opening cinematic gives us an idea of who they might be, though only small pieces of the esoteric story were on show.

Otherwise, what I played was immensely familiar to the other games in the Souls series. Fans will be comforted to know that they will feel right at home from the first moments of Dark Souls III. That said, III appears to take elements each game and create a greatest hits album.

From the album before the band was mainstream (Demon’s Souls), Dark Souls III reintroduces the Nexus (technically here the Firelink Shrine), a safe place where you can level up, shop and go to the blacksmith. There are some mysterious objects in this space and much of the area was uninhabited, teasing a future that couldn’t be fulfilled in my short time with the game. 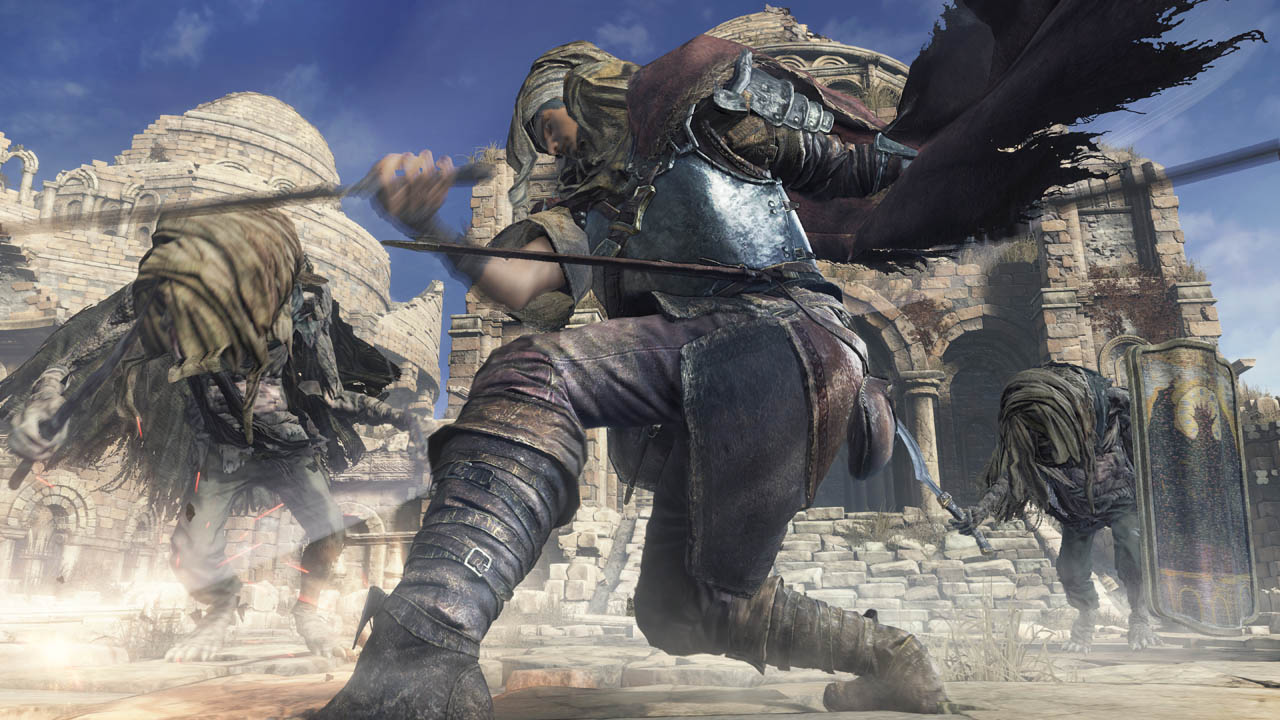 The core gameplay is that taken straight out of the first hit single, Dark Souls I. There are a wide variety of classes returning though I stuck with the old classic knight in shining armour.

There is also some evidence from the group’s second album, which disappointed hardcore fans but is generally underrated. You can warp between bonfires almost right from the start, a feature I found a sensible addition.

Finally, from the lead singer’s other band comes some of the most immediate design choices and changes. Movement is much faster, and together with some returning enemies (such as the incredibly annoying pitchfork peasant) the DNA of Bloodborne is made clear. III is also running on the Bloodborne engine, and there are perhaps one too many visual similarities between the titles, at least in the areas I was able to access. 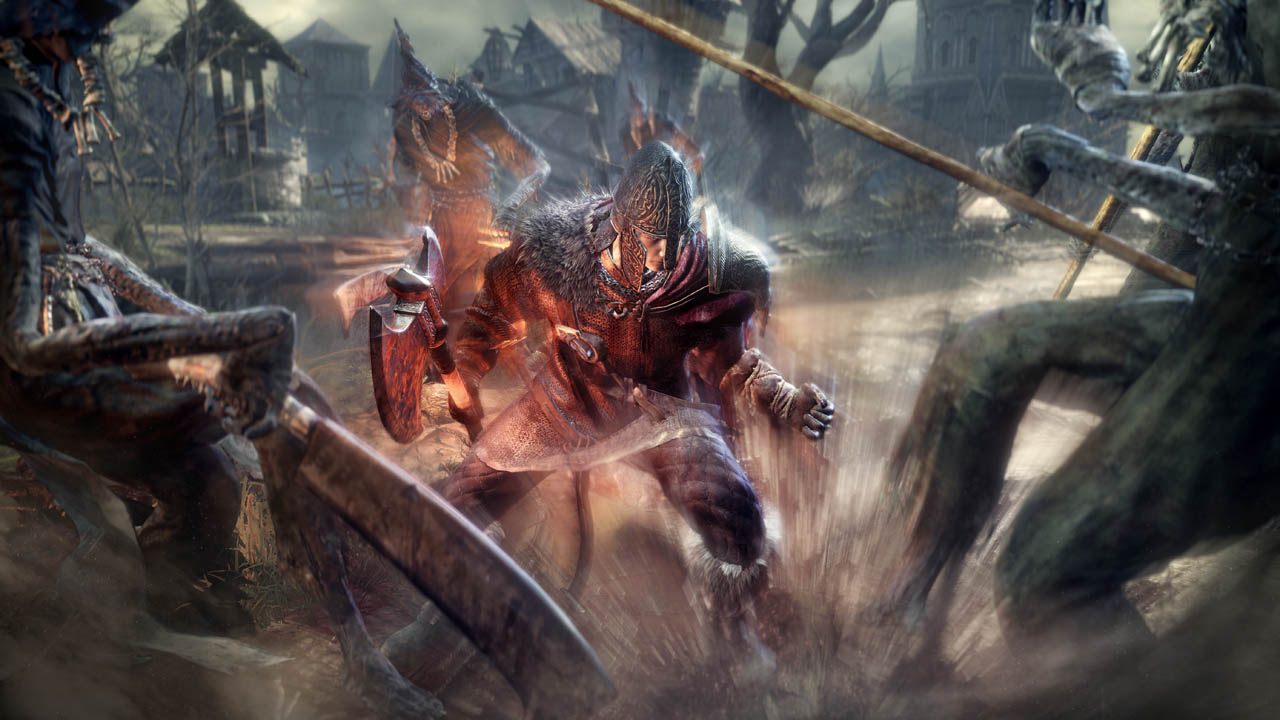 Which is all to say that if you are familiar with the franchise, you will be immediately comfortable in this game. Together, these changes combined make the standard procedure fresh, and add up to more than the sum of their parts.

Which is not to say that III is a slap-dash potpourri of a game, a bit of everything thrown in the mix and that’s it. III introduces some welcome changes of its own that new and existing players I’m sure will appreciate

Enemies are both more relentless but won’t appear to chase you as far as before, much to my own (perhaps embarrassing) pleasure. There were a small number of sub boss type enemies that I simply ran past in desperate search for the next bonfire. 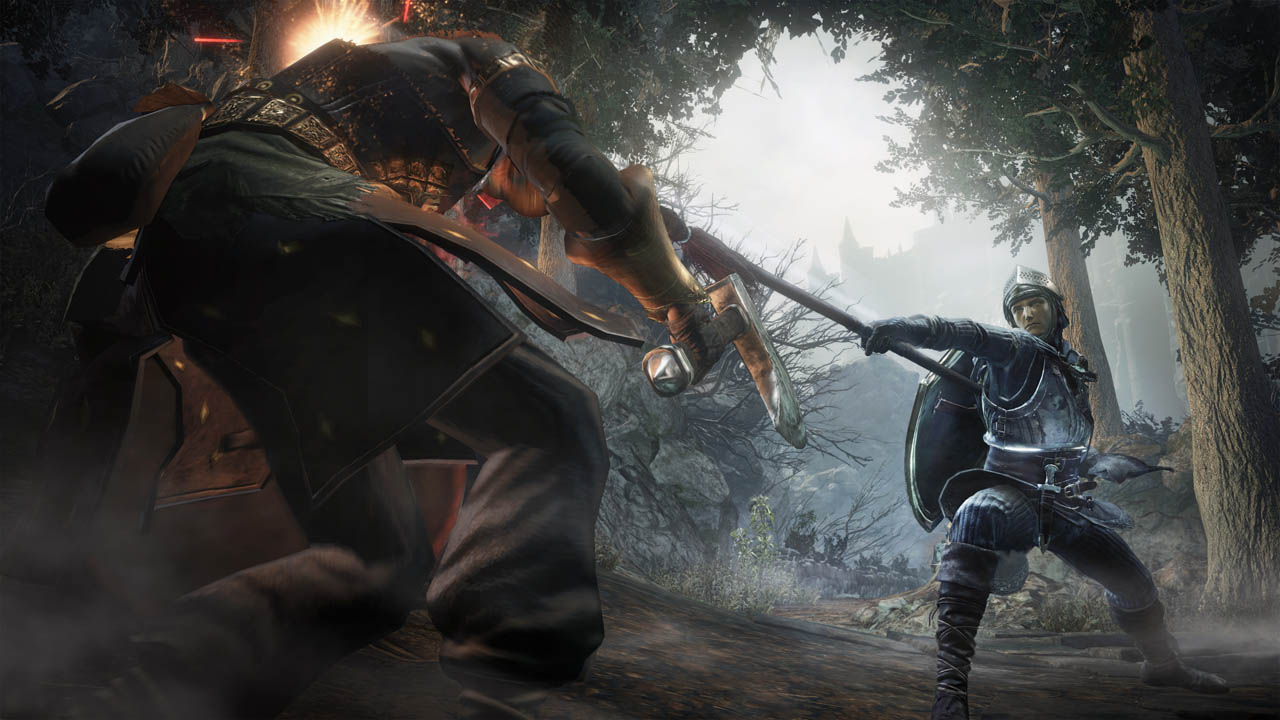 Magic makes some serious changes in III. Magic uses are now defined by an FP bar, which is filled with its own “Ashen” Estus Flasks. Interestingly, you have a pool of total estus flasks, and can choose between having more available mana or health restoration.

Mana restoration takes on a new importance in III, as even heavily melee characters such as what I usually like to play need to use the FP meter to use the new weapon arts.

Weapons arts are activated by first two-handing your weapon before holding L2 then pressing R2. Each weapon that I saw has its own ability. Warm up times are incredibly long so you must have impeccable timing to use these special abilities. Honestly though, I was able to get by perfectly well without using weapon arts for the entire time that I played, except to experiment with them. 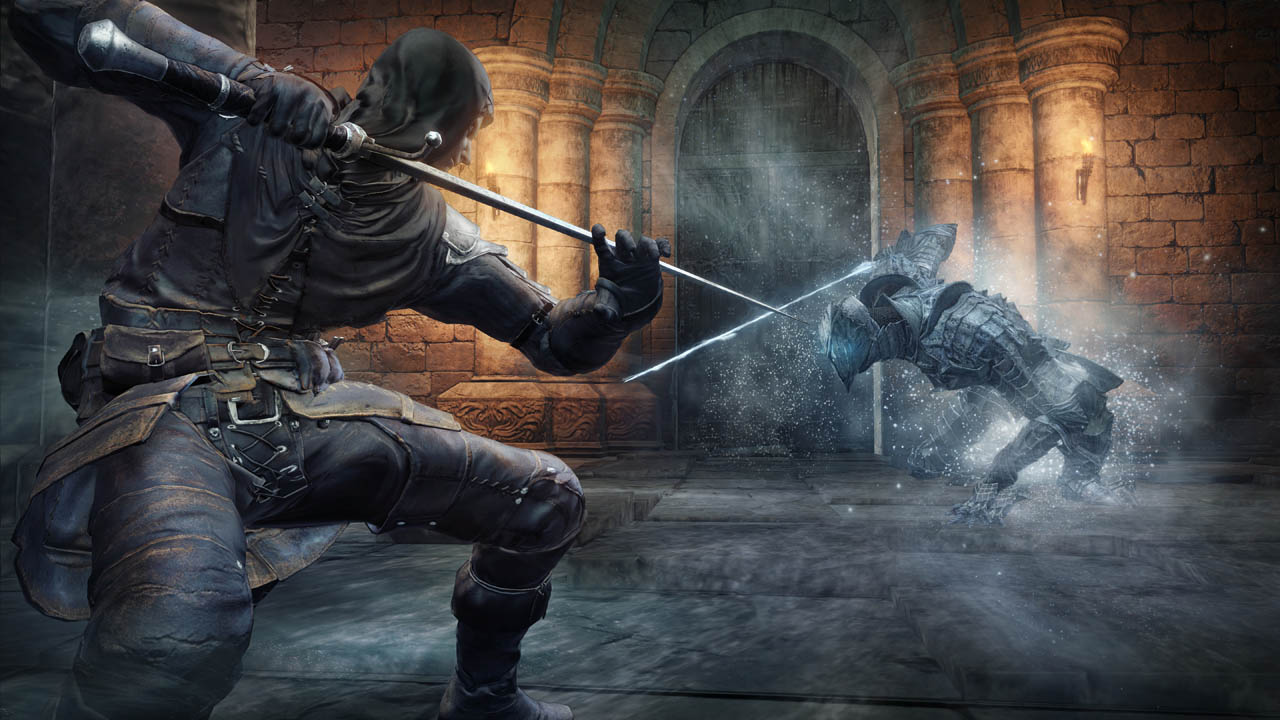 In my time I encountered two major boss enemies. Surprisingly I was able to take down both of them on the first try. Unfortunately it was only after I had played through my time that I discovered I could record my exploits. Sadly they will have to stay hidden from history, but I guarantee that I speak the truth. In comparison to the rather standard bosses of Dark Souls II,  both were more compelling, and set in arenas that felt more connected to the character and their presence. Both were much more aggressive, keeping close to me and giving me less time to dodge roll my way to safety – another element that has been inherited from Bloodborne.

Both demonstrated metastatic changes after they had taken a certain amount of damage, changes which dramatically altered their attack patterns and behaviour. Nevertheless, while I won’t go into any more specific details about who they are, for both tried and true tactics from the previous games worked to defeat them. Perhaps future bosses will be a bit more varied, but overall I was satisfied with these first two challenges. 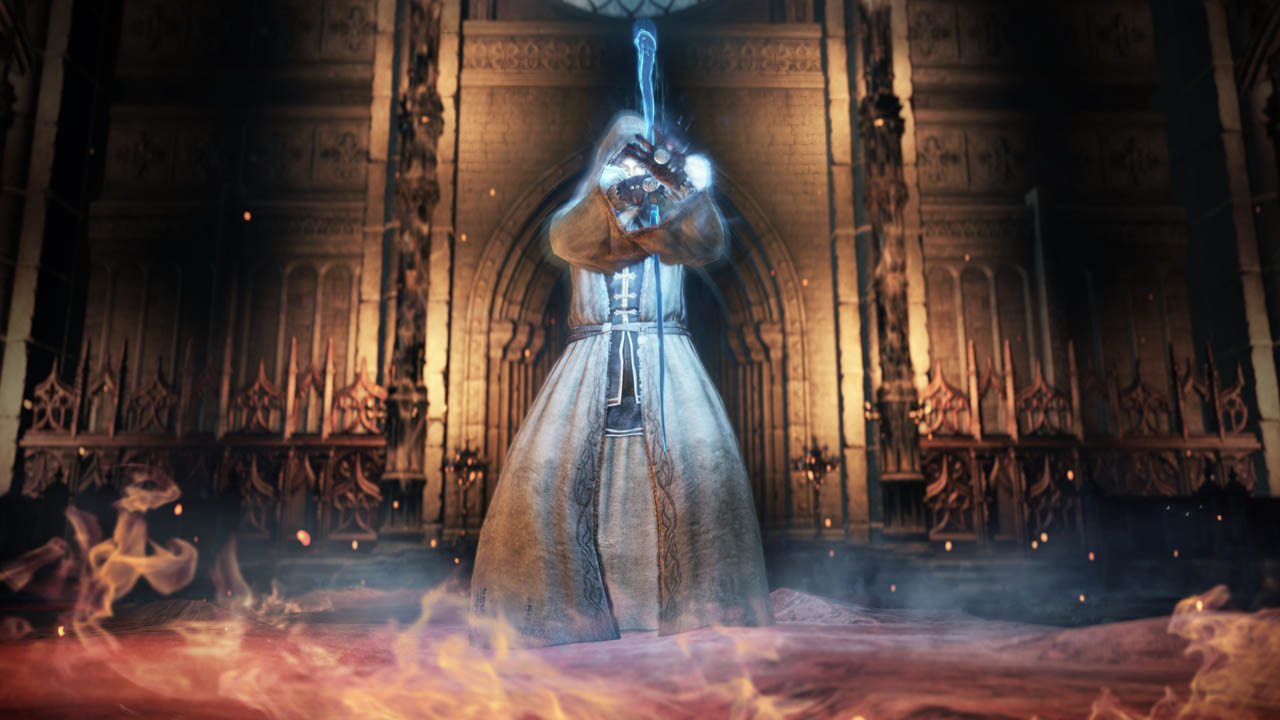 The equivalent of regaining your humanity in this game seems to be restoring your ember. After each boss fight my character glowed through cracks, as if I were full of lava escaping its bounds.

I have always been a bit of a different Dark Souls player, in that I enjoy the exploration over the boss fights. While I appreciate the bosses, the unfurling of the world map in front of me, and embedding it in my mind has always been what draws me to the games. Dark Souls III manages to return the genius sense of dread, excitement and (over)confidence that both Dark Souls and Bloodborne captured so well. 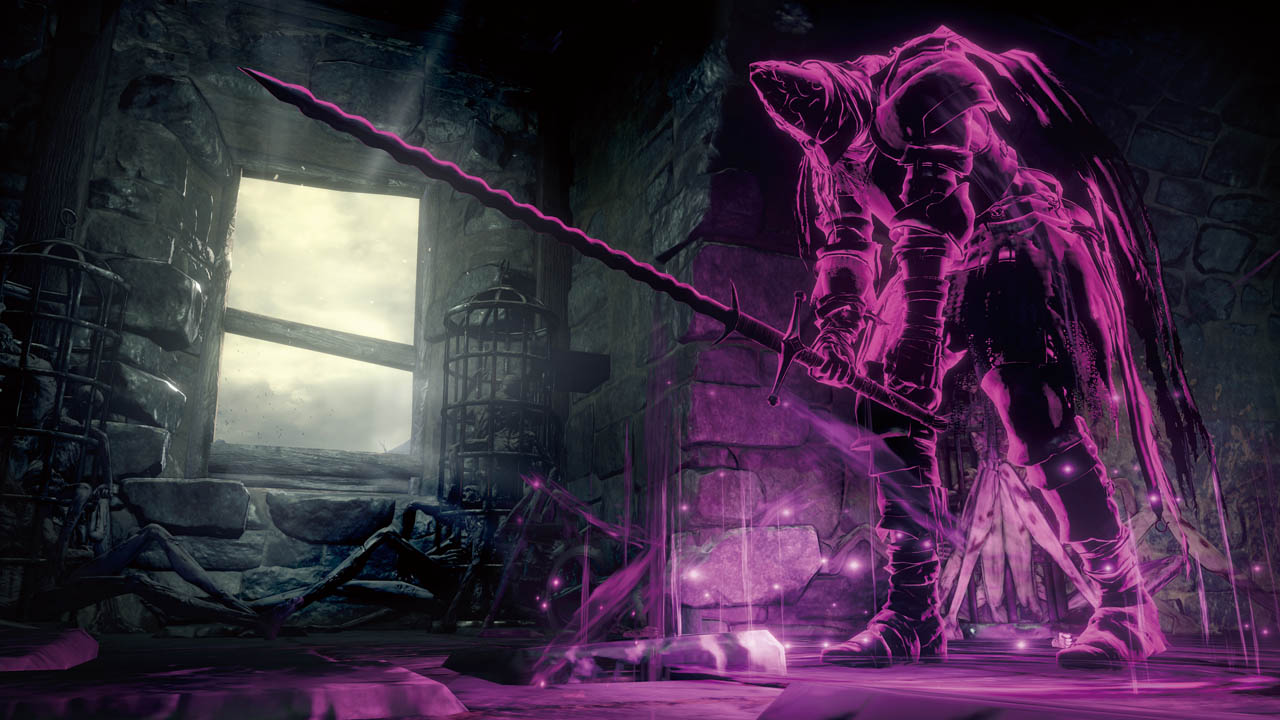 The primary challenge of Dark Souls III will be to continue and enhance the foundation characteristics of the Souls series while keeping it fresh for veteran and newcomer players alike. Because even though our player characters start at level one, we veteran human players do not. We have the knowledge and the experience built up over four games to counter what From Software have devised.