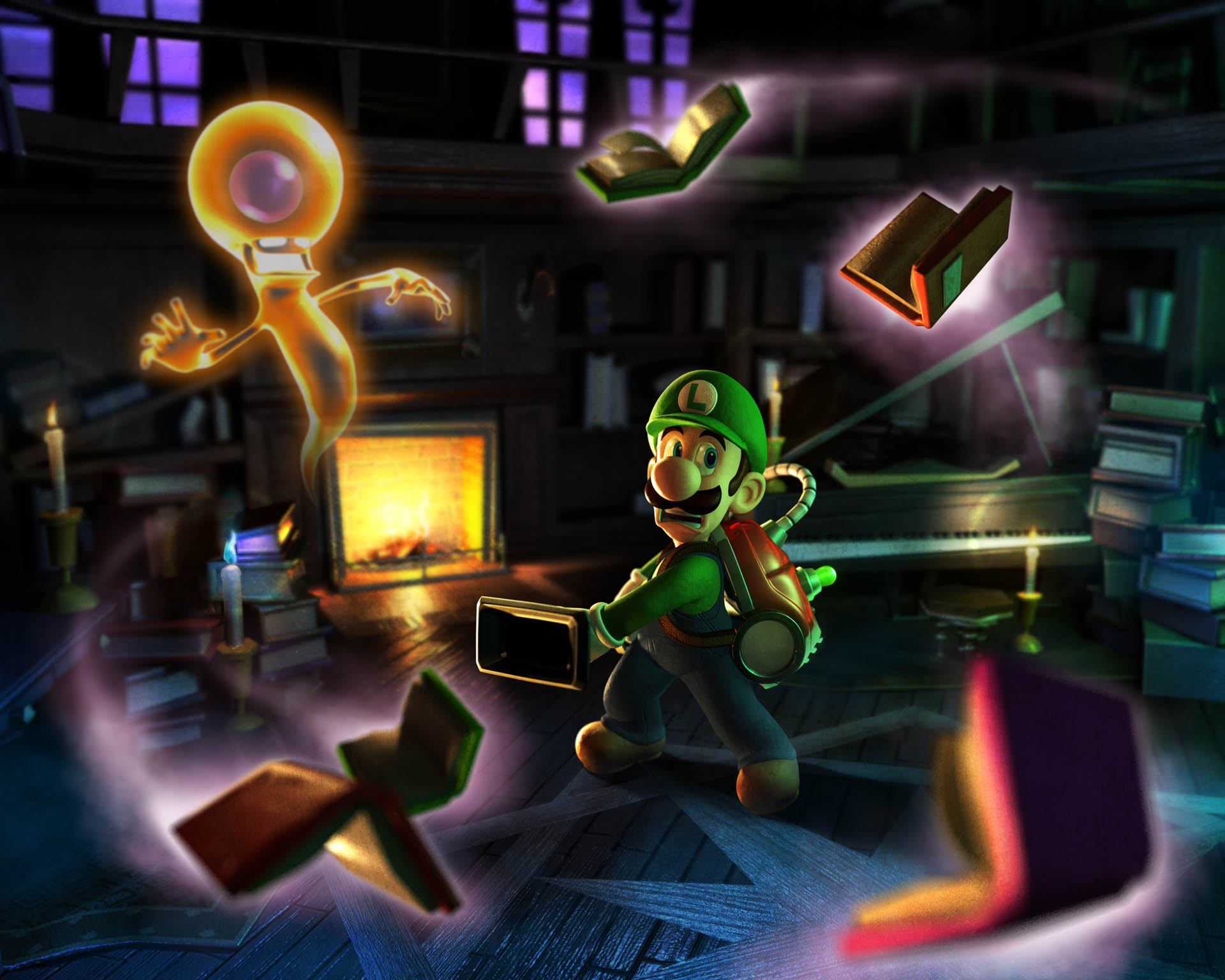 Thanks to a limited history with Nintendo’s consoles, Luigi’s Mansion is one of those games I had lightly heard of, but never experienced. Now Nintendo has given the opportunity to check out this classic horror-ish game, so long as you didn’t trade your 3DS in for a Switch.

For the few uninitiated like myself, Luigi’s Mansion tells a weird story where Luigi won a mansion and when he gets there he finds Mario is lost somewhere inside its confines. This leads to him meeting the Professor E Gadd who explains to him about the ghosts in the mansion, equipping him with a vacuum to suck up and defeat the ghosts.

It’s a bizarre story that isn’t as surprising when you think about how it’s 17 years old but fits into the modern nature of a Mario franchise game. After a few hours of play it’s easy to see why Luigi is portrayed as the helpless wuss brother in pop culture, as it’s doesn’t exactly shine Luigi in a heroic light as he spends the whole game walking slowly around rooms, teeth chattering, and whimpering. 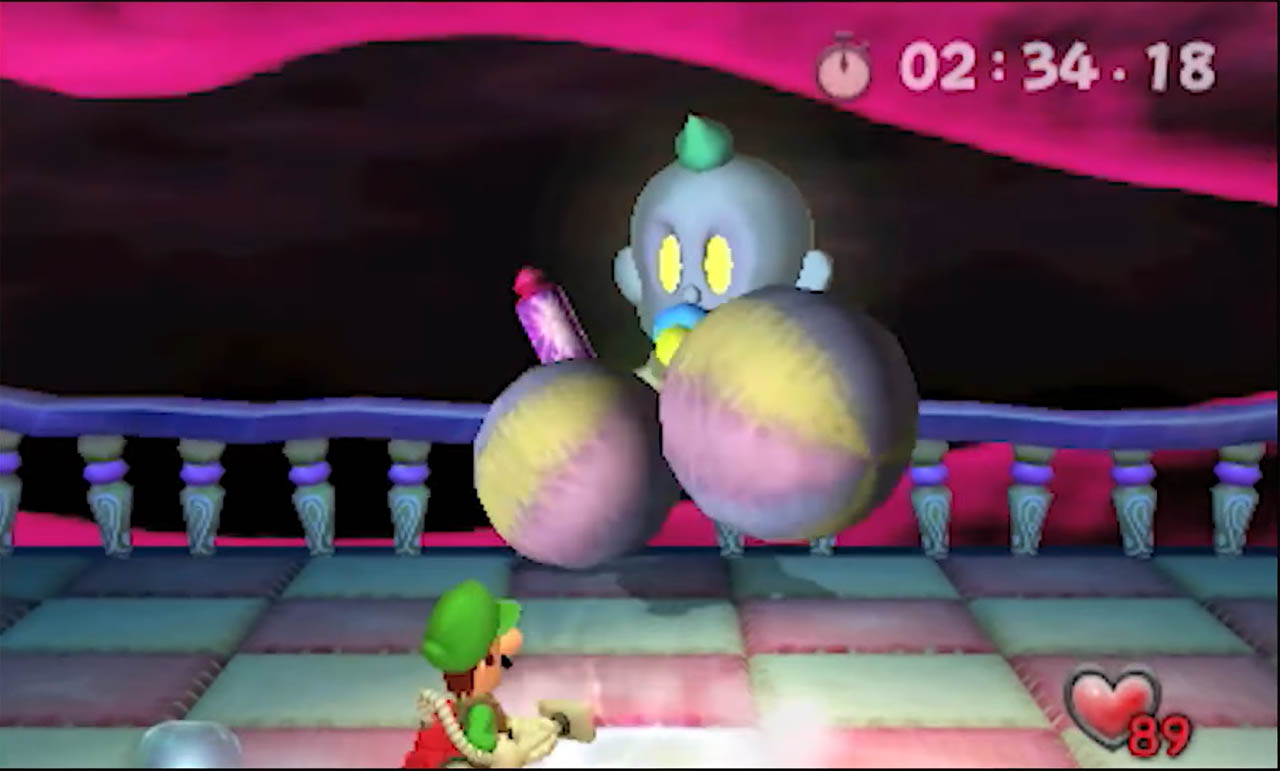 The gameplay has you exploring the mansion room by room finding unique ghosts that you must beat to unblock new doors in the mansion. In this way it leans more towards being in the puzzle genre than action as it appears initially. To beat certain ghosts, you need to observe them doing their thing, like reading books, and find something to make them expose their hearts. That’s when you get to start vacuuming them up.

Ghosts throughout the game come in a few major types. The first are simple ones that you need to stun with the torch and suck up, usually in waves that can be frustratingly annoying depending on how many you get. Then there are the mini bosses which have you need to find the way to initiate their hearts to start the vacuuming process, usually requiring a few attempts to get their health down. 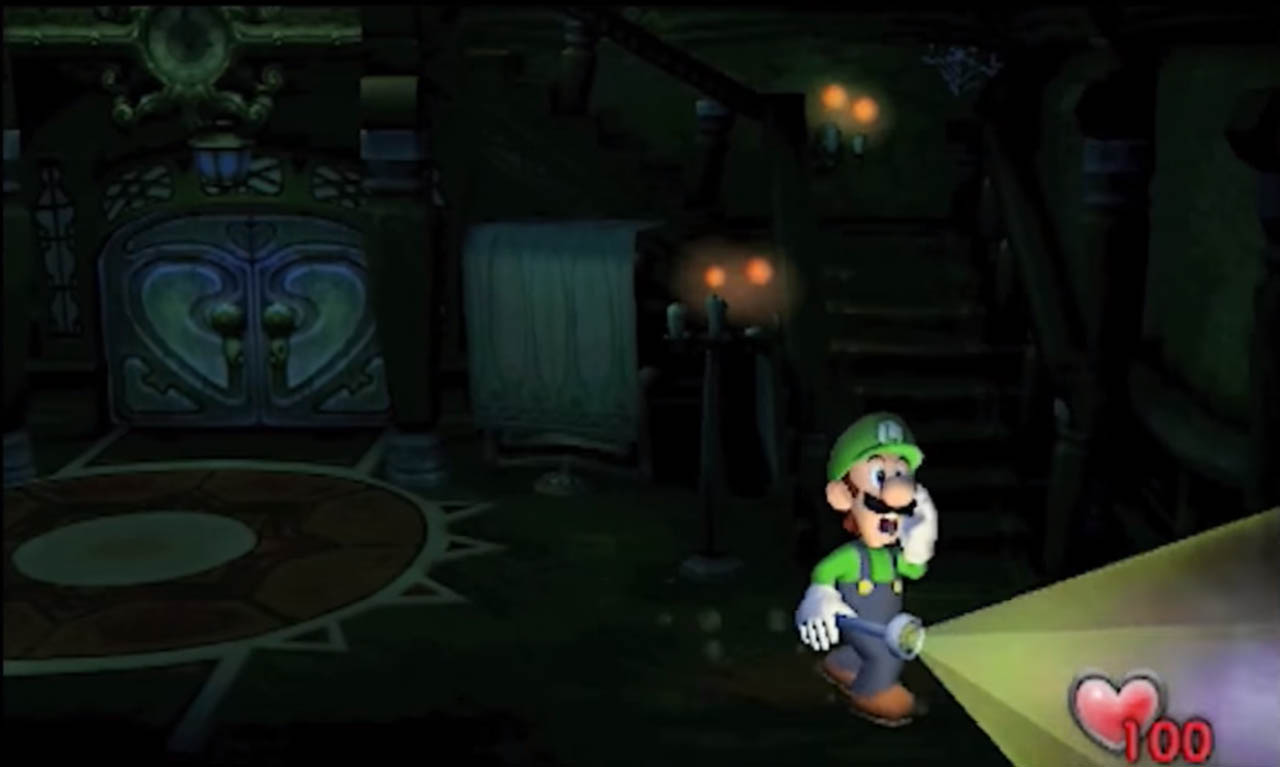 Then there are actual bosses. These start the same way as the mini bosses where you need to find the way to set them off, but then go into a classic boss state where the boss has wave-based attacks to avoid. My personal favourite is the first you encounter which is a giant baby ghost that fires toys at you, which is disturbing if you think too much about it. I recommend you don’t think too much about it.

Surprisingly the game hasn’t aged as badly as I would have expected. Without an actual point of reference, I can’t say if it has aged well, or if it has had some great porting work done, but it doesn’t feel like a 17-year-old game. Some of the graphics and controls feel a little old, but nowhere near two decades.

If you are tossing up checking out Luigi’s Mansion for the first time and still have a 3DS laying around I highly recommend checking it out. Some minor dated gameplay elements are easily outweighed by the opportunity to meet Gooigi. It’s worth it alone for that pun. 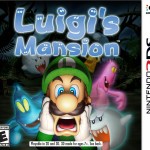