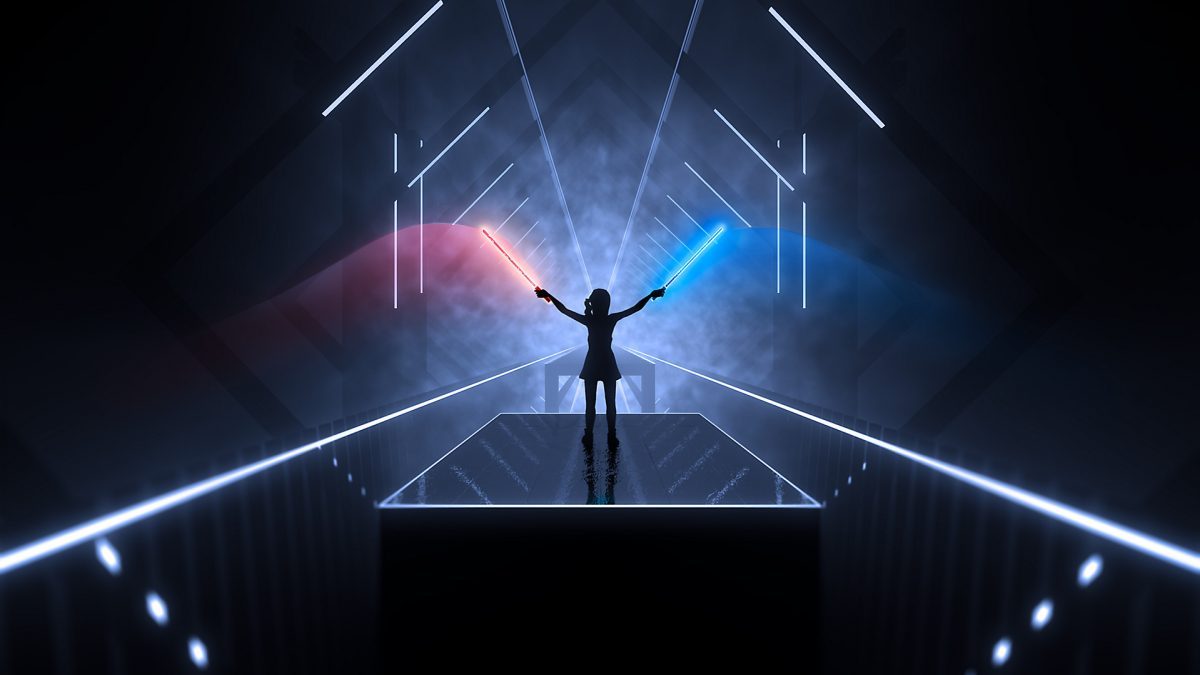 VR has opened-up so many possibilities in the realm of gaming.

Putting you into worlds in different ways to engage with characters and environments via means that you never could have before. Of course, once this tech became more widespread the ultimate question was, when will I be able to slash boxes with lightsabers to excellent music? Bring on Beat Saber.

Beat Saber is a simple game, in a mechanical sense. Your PS Move controllers appear as two coloured lightsabers. In a neon environment, coloured boxes fly towards you with arrows and you need to hit the boxes with the corresponding saber, in the direction the arrow points. It sounds simple, but as with most rhythm games, the premise is easy, the execution, not so much. 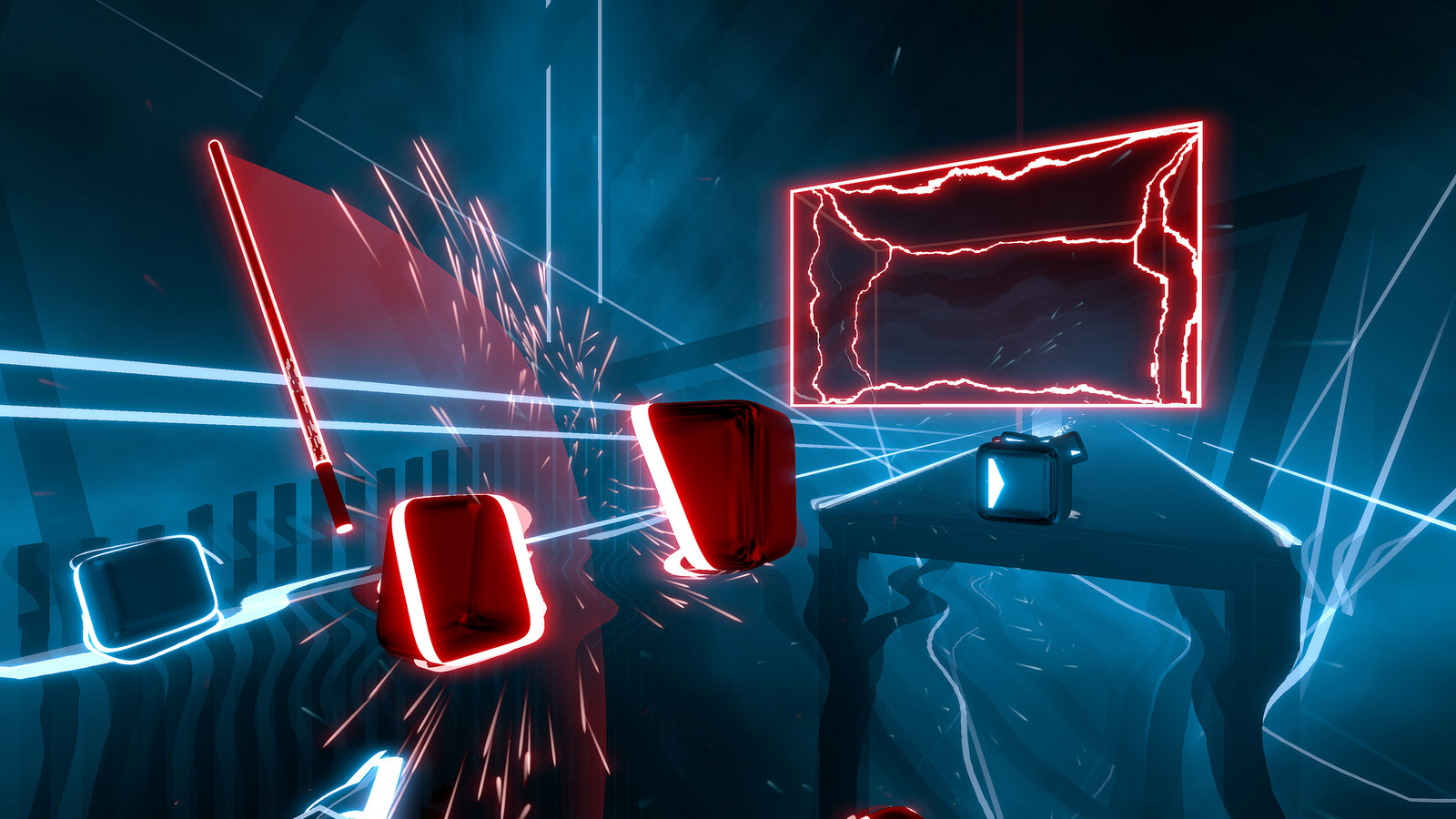 When it comes to rhythm games, one of the most important aspects is, predictably, the music. Beat Saber has a glorious mix of techno music fused with other genres like metal and pop, which is perfect for the high energy nature of the game. The music lines up amazingly with the box slashing and feels so good to play from the first tutorial through to the brutally hard levels. There aren’t a lot of songs, but they are fantastic.

The gameplay doesn’t only involve slashing boxes, though that is most of what you will be doing. Bombs are mixed in which you must make sure your sabers don’t touch, and the bigger challenge is the giant wall blocks that you need to either move to the side, or duck under to avoid losing a Level. This made playing sitting down an impossibility that was apparent early on, though I wish it had warned me before I lost that Level I couldn’t duck out of multiple times. 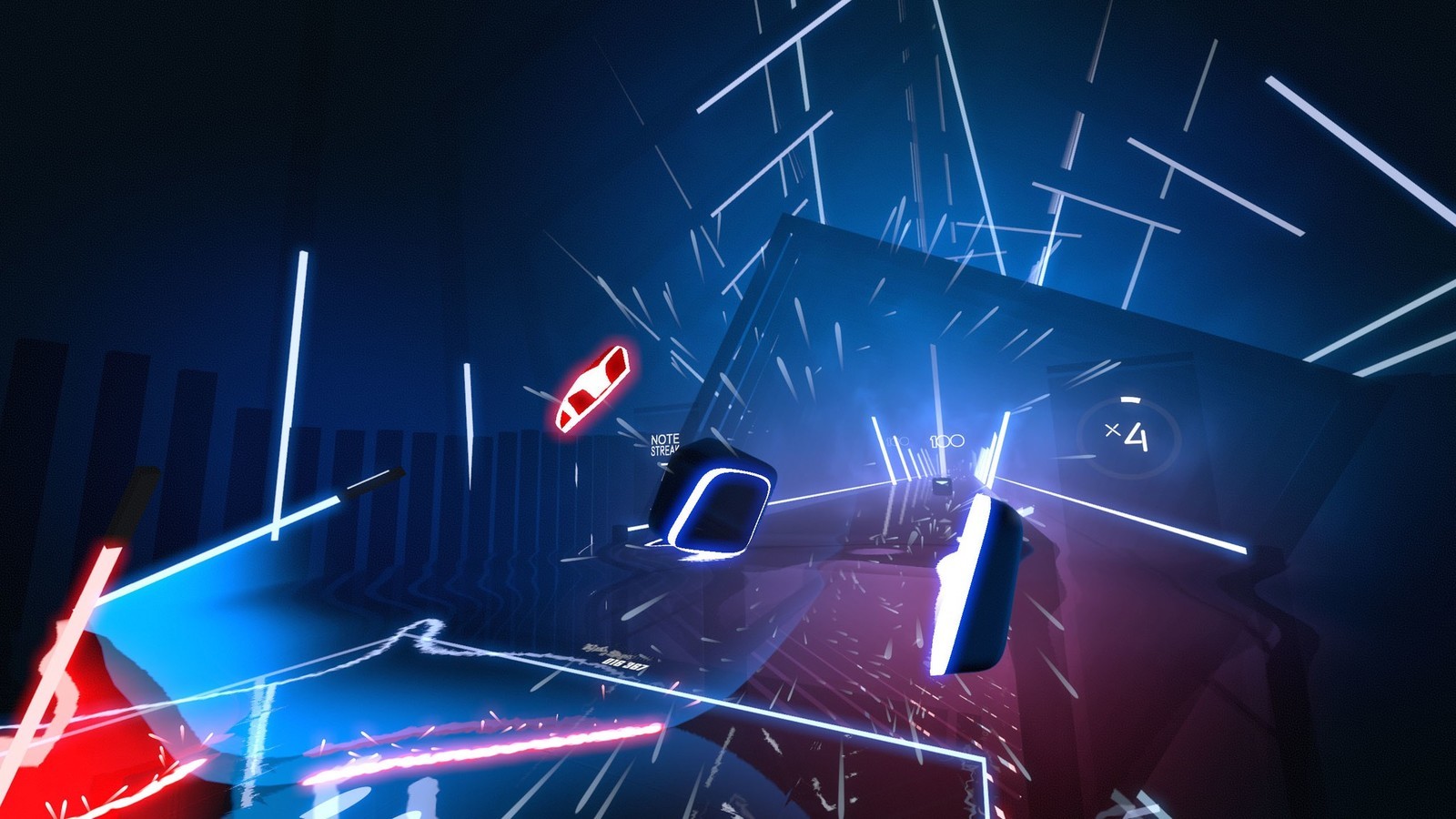 As the game ramps up in difficulty you will need to do trickier things. Mastering moves like switching your hands over and back in quick succession or slash your saber sideways to hit two boxes the same colour or hit boxes that appear behind a wall you had to avoid at the last second become a necessity. These get hard fast but are so satisfying to hit one you get your rhythm going.

One thing the game does well is that when boxes appear on the opposite sides as usual, it shows them switch over. This stops the game from being unnecessarily difficult with that aspect. One challenge the game does use to be unnecessarily difficult is when it makes the arrows disappear before they reach you, because apparently, I struggle to remember things for more than half a second. 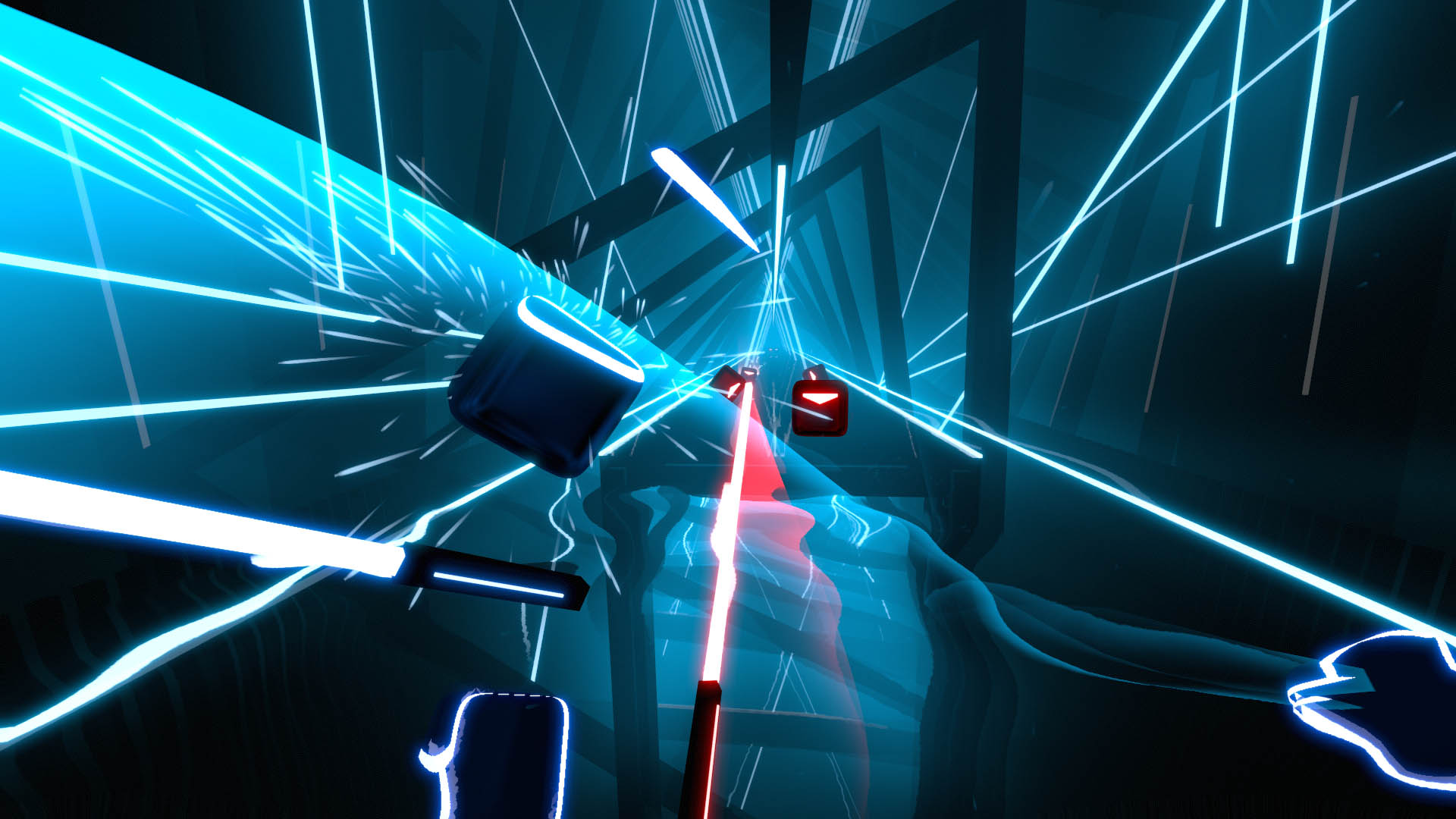 The real way to demonstrate how good this game is, is that even as I would lose, and I lost a lot, I was always excited to hit retry on a level. Despite being gutted to fail a Level, I was never annoyed at the game. I always wanted to keep playing, and I did, way too late into the night.

Lightsabers, music, bright lights, rhythm, and pure unadulterated fun. Does this sound like something you would like? Then get Beat Saber ASAP, but don’t play it before bed because your senses will be tingling long after you take off the headset.