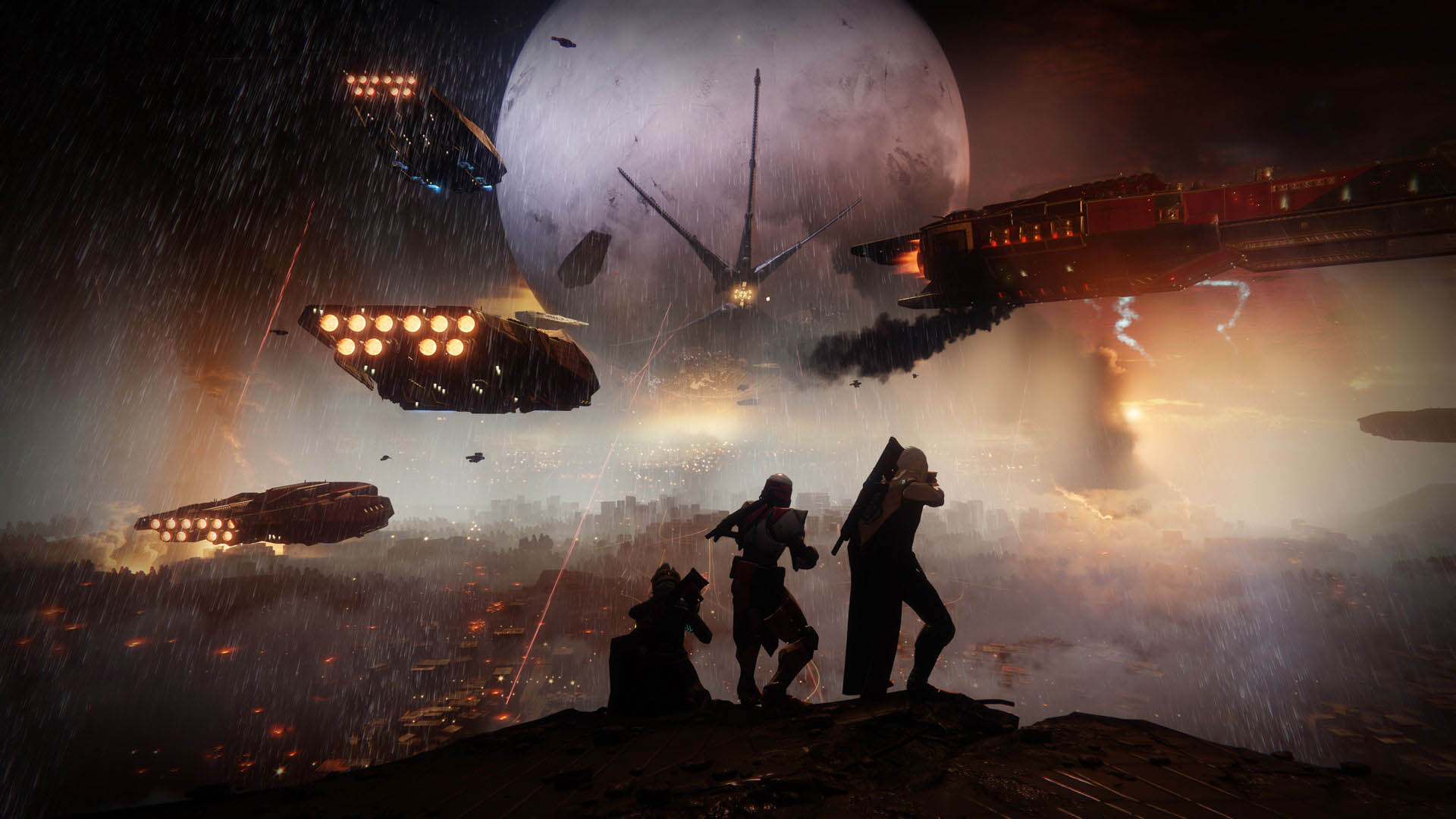 Destiny 2 must be seen in light of the original Destiny, (Destiny 1). Destiny 2 is so much a response or reply to Bungie’s original 2014 efforts that Destiny 1 is the most natural prism through which we can view this new entry. Many thought Destiny 1’s The Taken King to be Destiny, but it is not until you play Destiny 2 until you see how it’s potential can be properly realised.

Destiny 2 retains the core Destiny experience. The same quasi-MMO always-online first person shooter. The same UI, the same, mechanically-perfect shooting, the same quest for loot. If you were to take fifteen or thirty seconds of Destiny 2 footage and show it to someone, it could easily be mistaken for the original game. But there are so many small refinements, areas of the game that no longer give you papercuts, that the overall impact is one of a much smoother, easier to play and more engaging game. You have the feeling this is the Destiny that Bungie wanted to release, could have released, and now we know what it’s like. 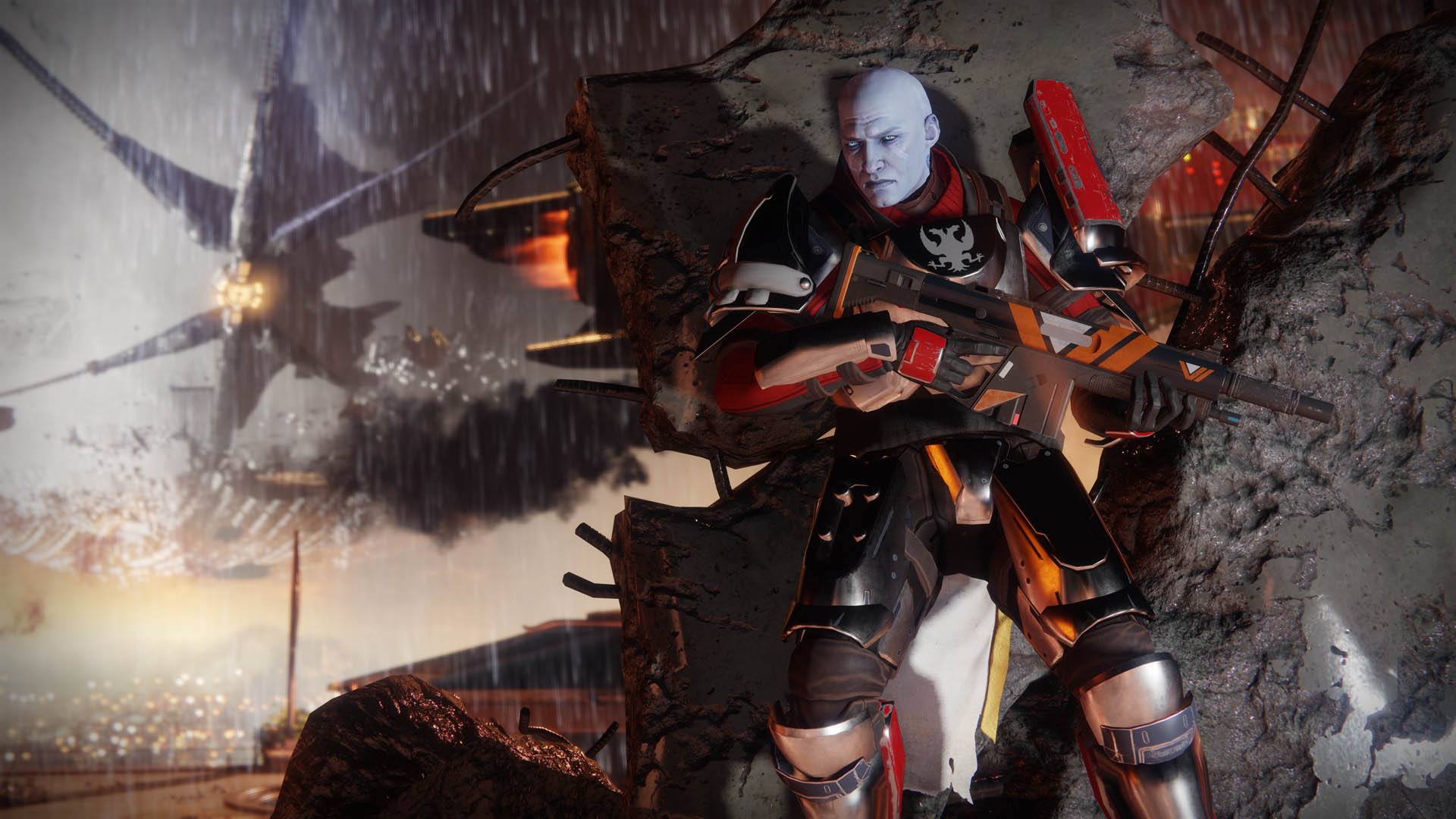 Destiny 1 was already a fantastic looking game, and has aged very well over the lifespan of the current consoles. But you could tell that in certain areas the legacy consoles, the Xbox 360 and PS3, were holding the game’s design back. Developer Bungie was clearly champing at the bit to explore what was possible, unchained from the harsh system requirements of these two consoles, and the Rise of Iron expansion showed a small sliver of what was possible without them.

Destiny 2 takes this and expands itself out in almost every direction. While resolution (at least on base Xbox One and PS4 systems) and frame rate remain the same, overall graphical fidelity has been vastly improved. There are far more particle effects and post-processing effects, there’s far more on screen at any one time and it all runs flawlessly. It’s a beautiful game, and on my PS4 Pro, with the resolution downsampled to 1080p from checkerboarded 2160p 4K, image quality is phenomenal. 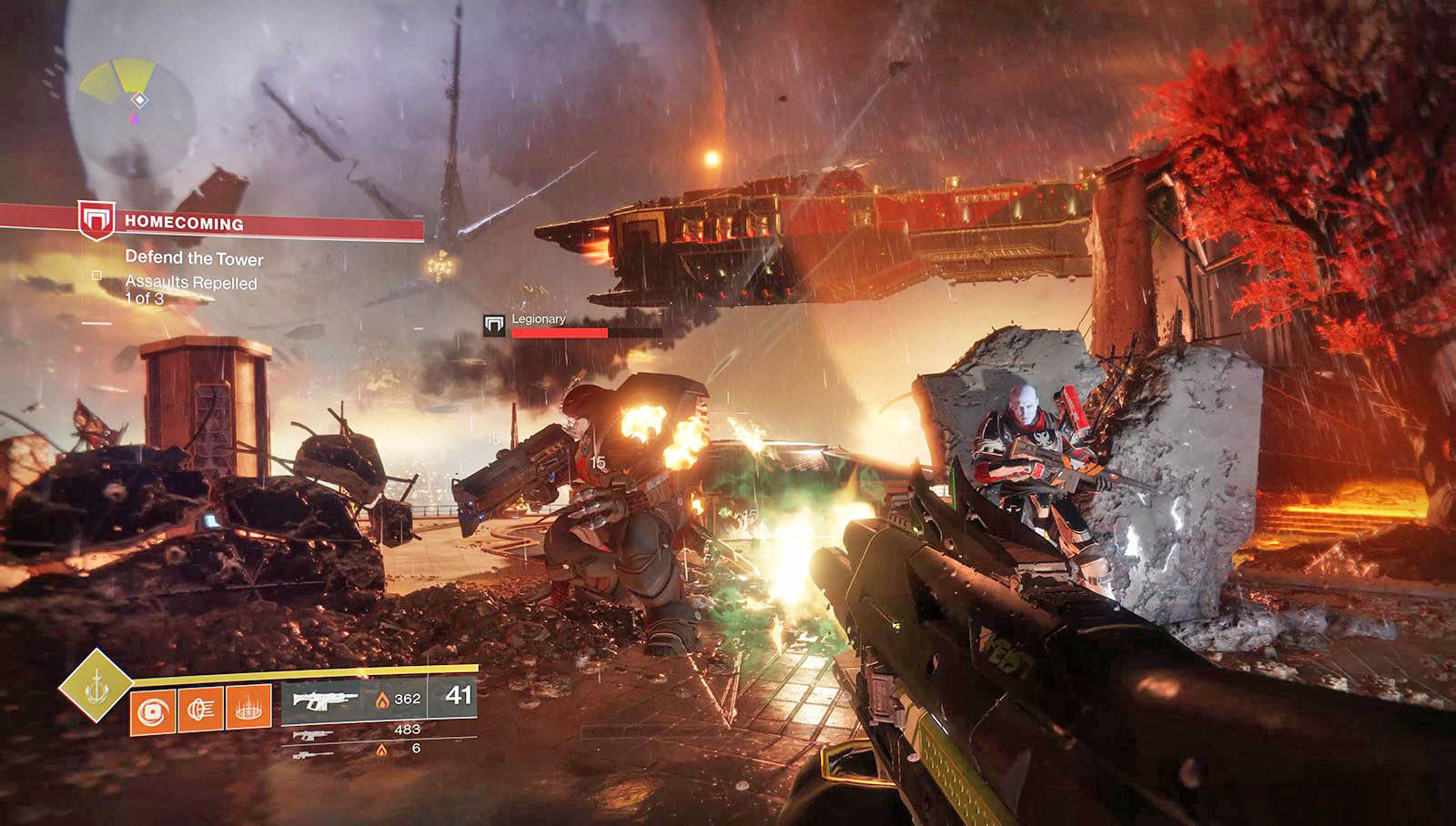 Destiny has always had great lore, but it was frustratingly locked away in Grimoire cards on Destiny’s website.

The story was famously scrapped nearly at the last second and what remained in the original game was confusing, scattergun and generally a mess. This has all changed in Destiny 2. The story, while only good, is a huge step up for the series. Characters are now actually interesting, and can be found in story missions and even in the field (where they act as vendors). This is part of a concerted effort to fill up the world with interest things to do. In the original Destiny, although you could visit the world for patrols, they felt fairly empty. In addition to the campaign missions there are “Adventures” – side missions that take anywhere between 10 to 30 minutes to complete. There are also “Lost Sectors” hidden around the map that are longer, and have better rewards. The single player missions themselves are longer and more varied, and blow past the mini horde modes that took up so much of the first game. 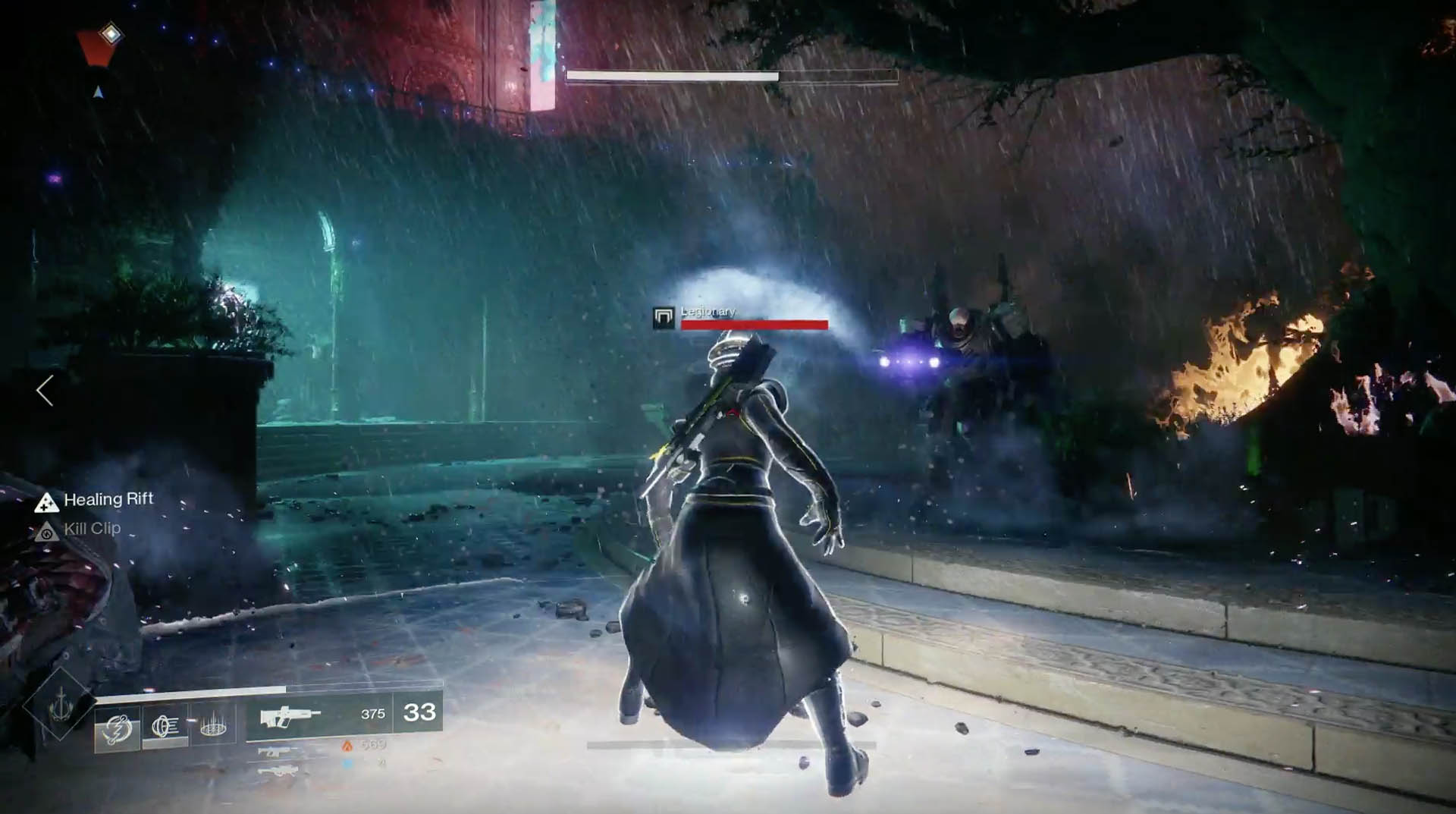 But for me the best and biggest change was public events are now visible on your map. No need for separate apps or websites. I’ve already played far more public events than in my entire time with Destiny 1, because it’s so easy to drop into an event about to start or even in progress. That’s aided by much faster loading times that let you get to planets in time. My only complaint is that sparrows are now a loot drop; you don’t get them by default anymore. This means running everywhere until one drops, and it is almost embarrassing when the rest of your teammates have them and you don’t so you have to trail behind them.

The Crucible returns to Destiny, with some major changes. Gone are 6v6 battles, replaced by 4v4. I felt that the general pace of battle was slower, meaning that teamwork is now more important than ever. Moving in groups helps to ensure security in numbers, and reduces the chance that in Supremacy the opposing team will pick up your crests. Now I vastly prefer the non-Crucible Player vs Environment parts of Destiny, but for those who enjoy Player vs Player, they’ll be pleased to know that the Crucible remains an essential part of the Destiny 2 experience. 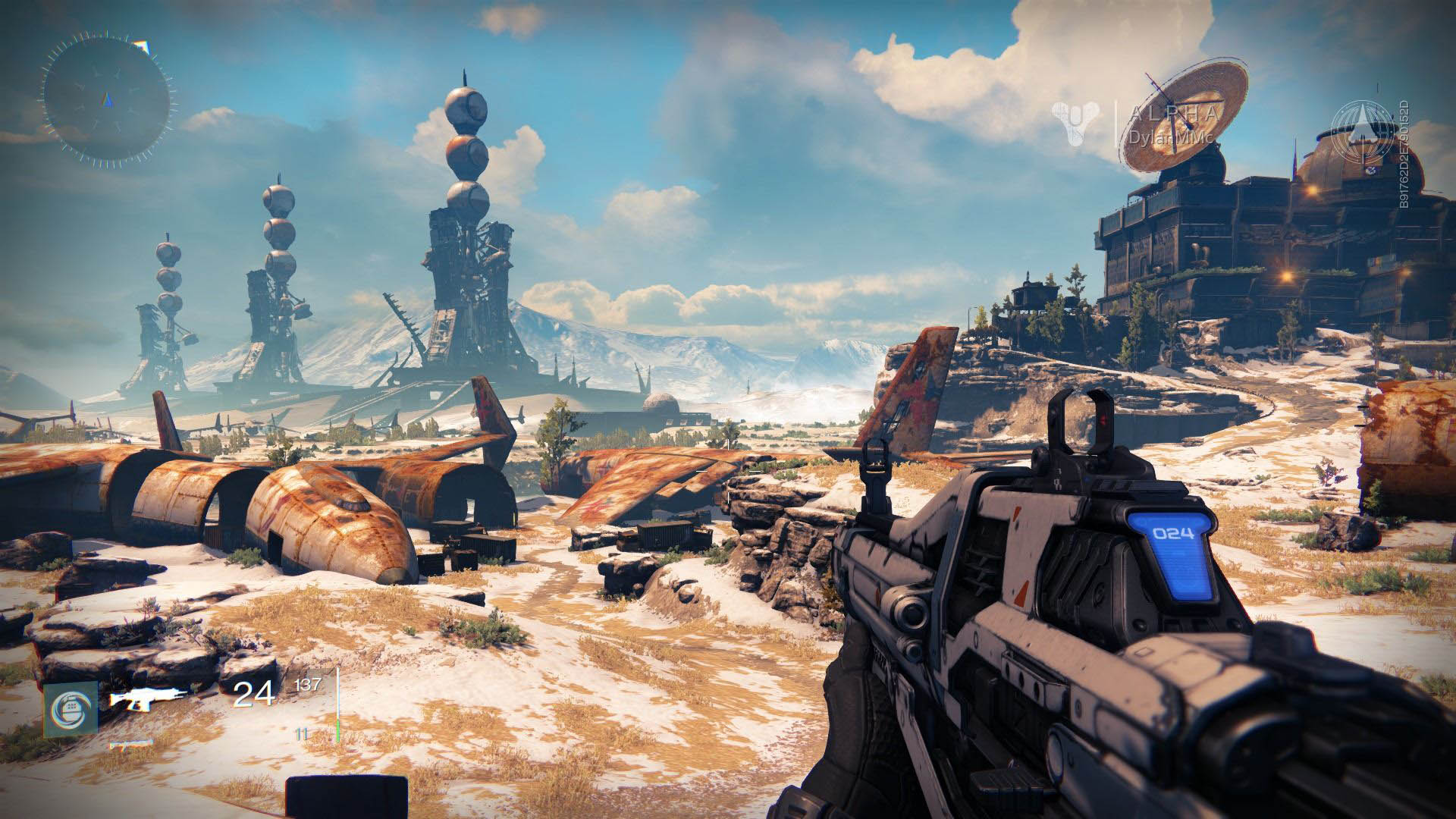 Sitting on top of both the PvE and PvP are an enormous number of quality of life changes and improvements to core Destiny systems. For example, if you’re near the top of a ledge, you can now mantle up rather than slowly float hopelessly to the ground again. You can now open the Director at any time, rather than having to go to orbit. Load times are now much faster, and there are fast travel locations on a map in each planet. There are many more improvements that make the original Destiny feel janky in comparison.

Overall, it leads to a smoother experience that feels like driving asphalt rather than gravel. 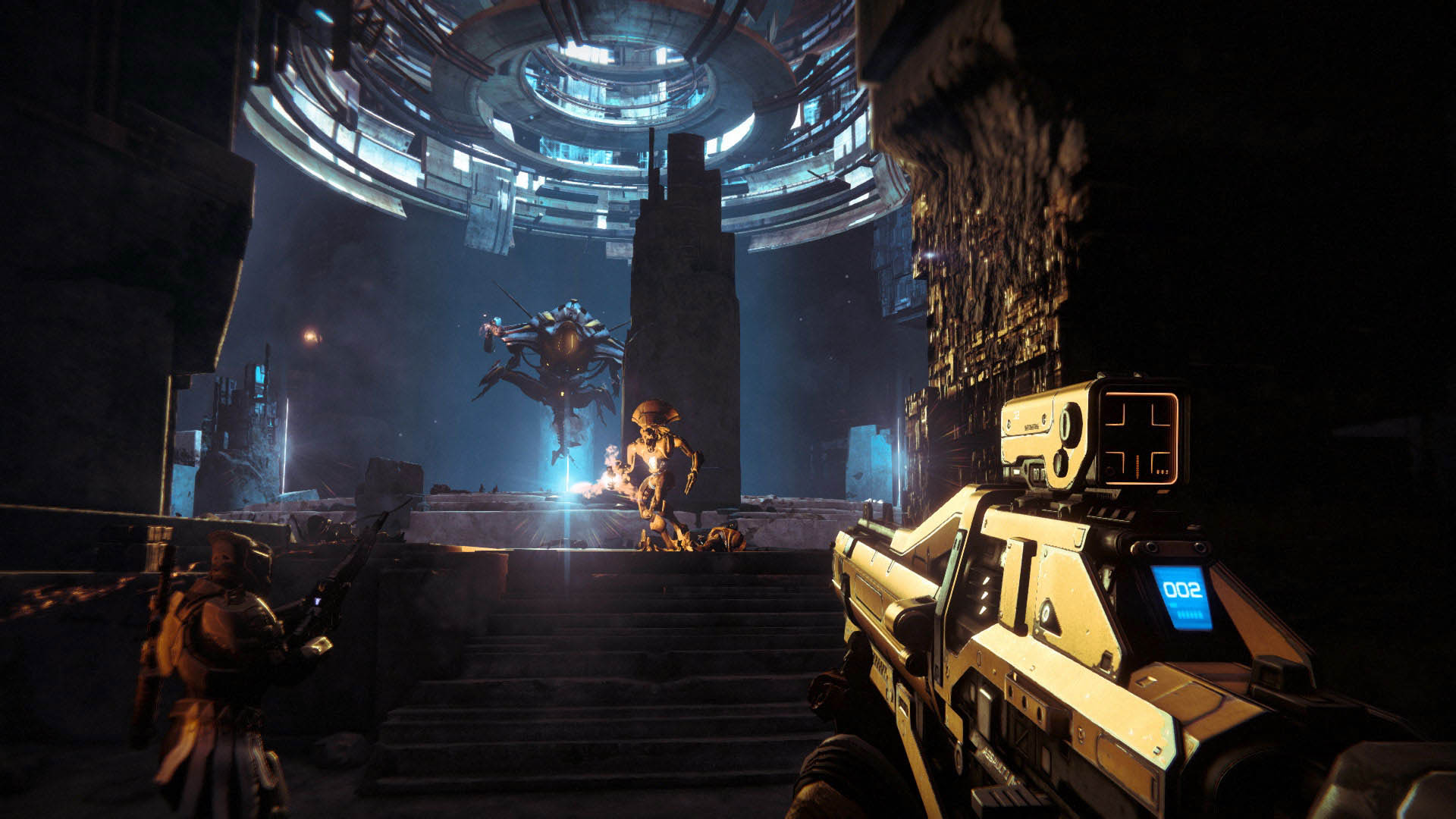 It’s strange to give Destiny 2 a review so close to its release.

The Destiny of 2017 is nothing like the Destiny 1 of 2014 when it came out. Now Destiny 1 had so many flaws that Destiny 2 doesn’t, that it in a sense doesn’t have to change as much. It is already very good and doesn’t need as much work as the original did.

But as content rolls out, we become used to them, and almost everyone plays at the endgame rather than through the story. Destiny 2 will feel like a very different game. But from what I’ve played, this is a substantial update of the original game in almost every way. Better graphics, better story, better missions, better, better, better. There are so many more quality of life improvements I haven’t even had space to mention. While at times Destiny 2 can feel a bit like Destiny 1.5, it really has been expanded and sanded down and buffed to a slick sheen.

Destiny 2 knows what it is and is so much better for it. 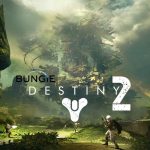