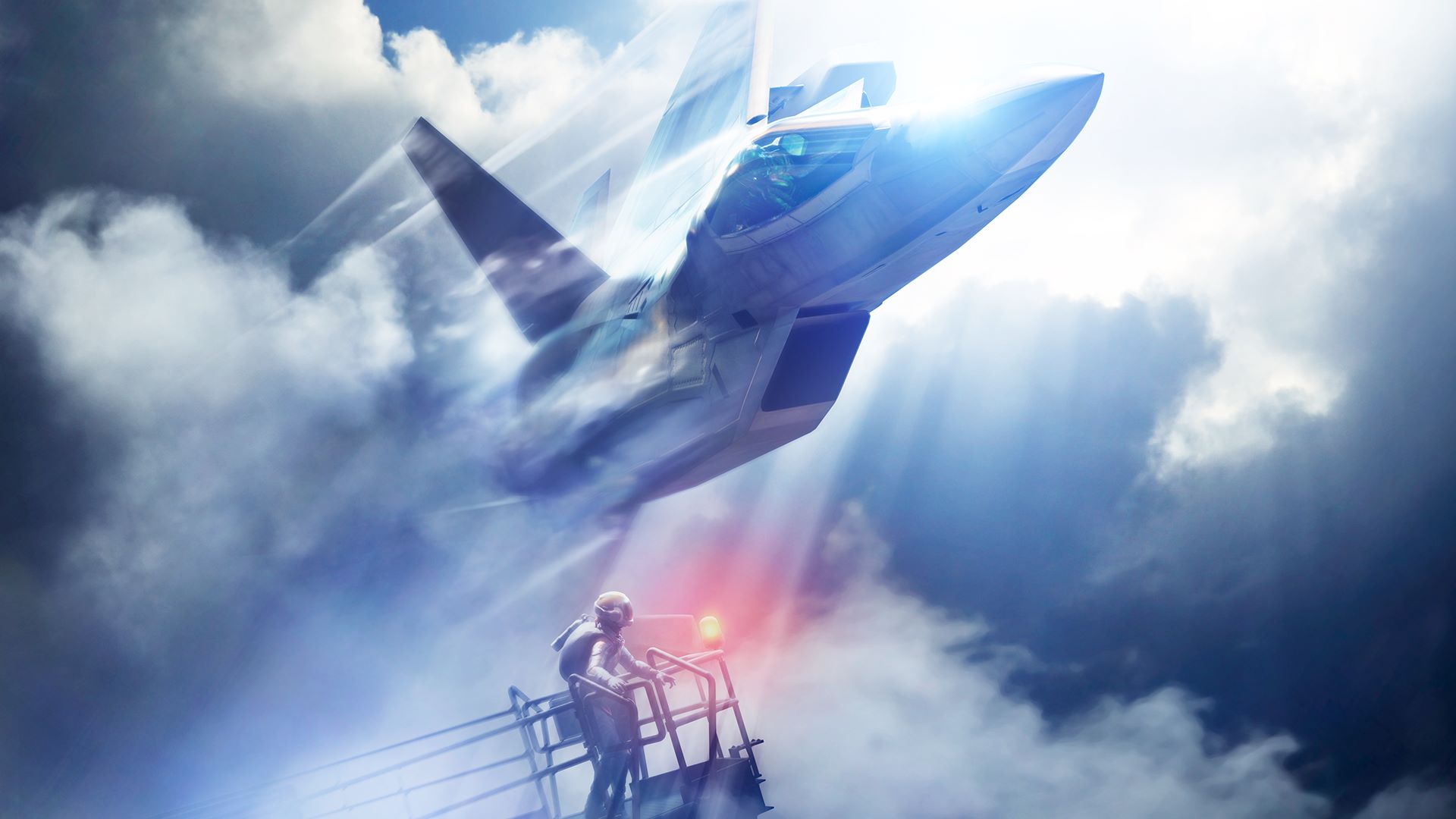 When I was a kid, I wanted only to be a pilot. Commercial, military, cargo, or charter, I didn’t care, I wanted to sit in the pilot’s seat and take to the skies. Experience the freedom of the air and start the day in one place and end it in another. To that end I loved playing combat games like F/A-18 Hornet 2.0 on the Macintosh and a basic but serviceable joystick that we had only for short stints during school holidays.

If only I could have imagined then how technology would advance to bring us to where Ace Combat 7 lands today. The latest in a long line of titles stretching back to about the same time as F/A-18 Hornet 2.0, the series has become one of the best in its class. That said, some of the later games haven’t quite lived up to the quality that the series is known for. So Ace Combat 7, actually the 17th game in the series, has a lot to live up to. 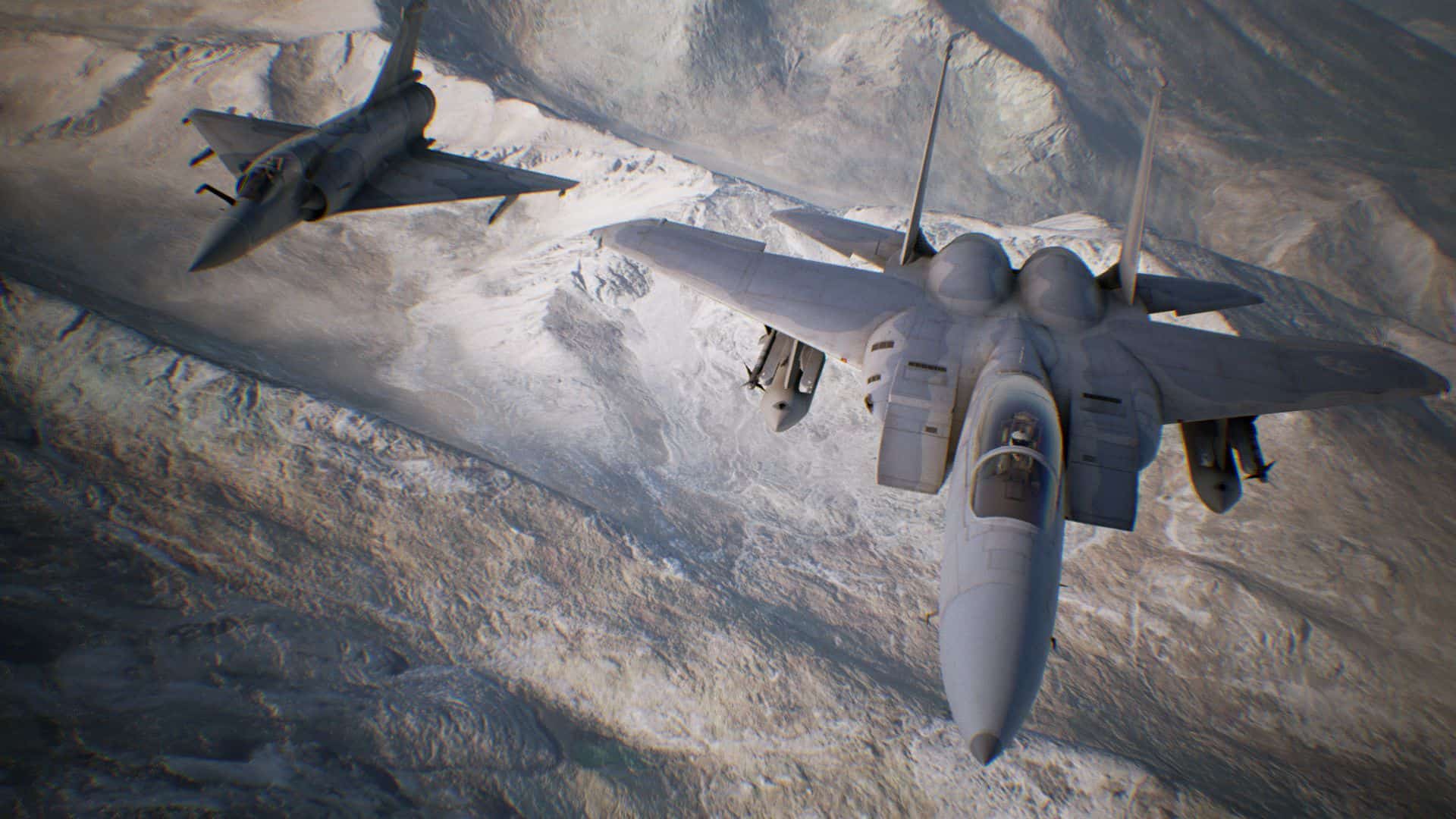 And luckily it delivers its payload in style. Right from its perfectly toned schlocky B-Grade plot, to the plane selection, bright and detailed world, this is the game to put the series back on track. It catapults the games back into centre stage which hopefully could lead to a revival of the genre has a whole.

But what makes it so special?

For me, it was how the game marries the aesthetics of the 80’s with the game engine technology of a modern title. It still keeps the same core feeling as ever (though, of course, refined), but new entries such as fully volumetric 3D clouds are a great addition to not only the visual presentation of the game but to gameplay as well. See if you fly into clouds then missiles have a harder time locking onto you, and your missiles onto an enemy. It adds a layer of tactical consideration that nevertheless doesn’t feel out of place. 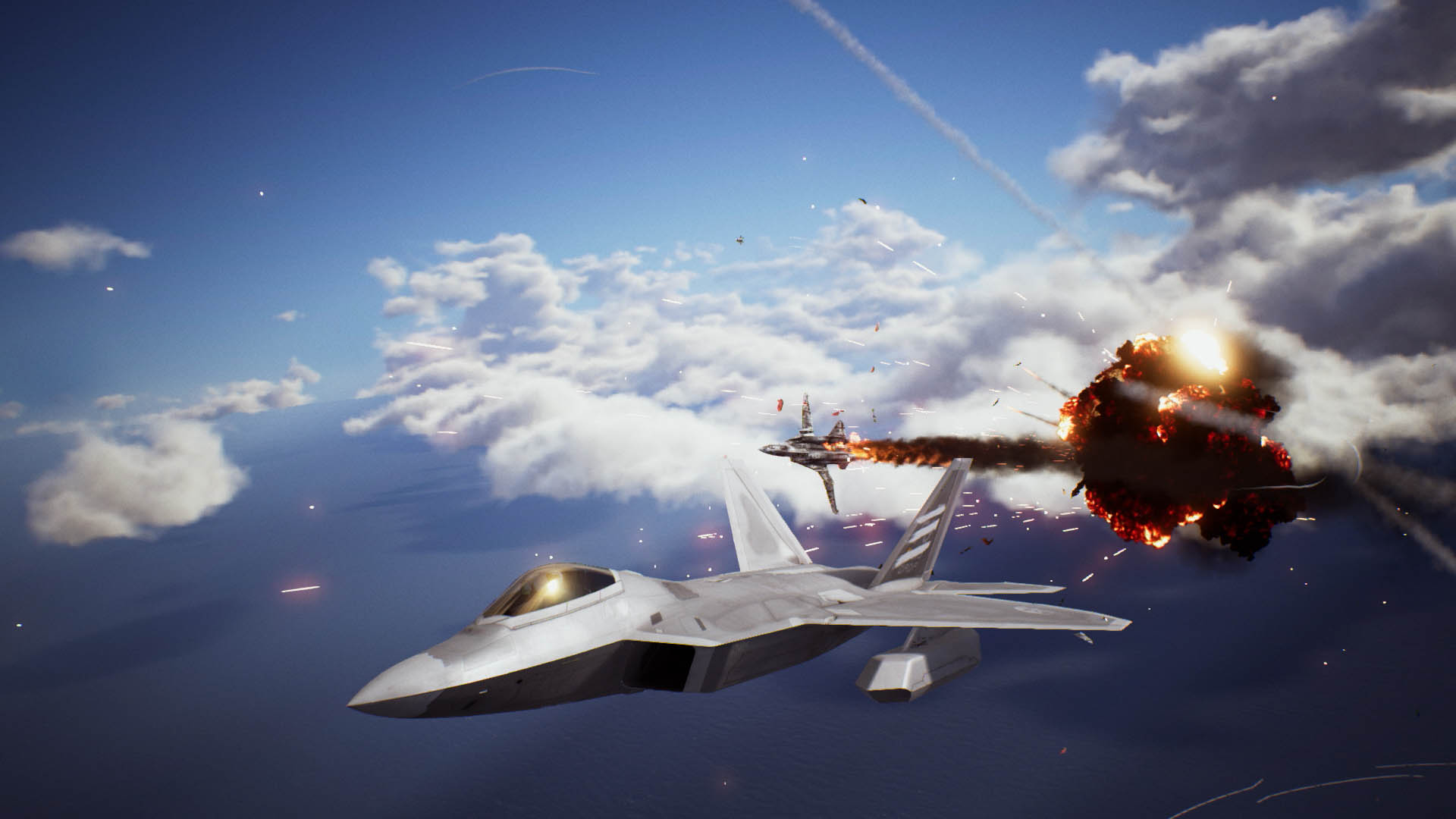 Yes, the overall feeling of the game is that of an arcade game. But that doesn’t mean that your aircraft’s specs don’t matter. Each individual plane felt vastly different to play, and once you customise it with it’s special weapons and stat boosts they become even more distinctive.

The music and soundtrack are exceptional too. Sound effects, diegetic sounds and some of the most unashamedly epic songs raise the stakes and tension around every fight. The soundtrack perfectly matches the intensity of aerial combat.

In addition, for the PS4 version of Ace Combat 7, there is a VR Mode exclusive to PSVR. 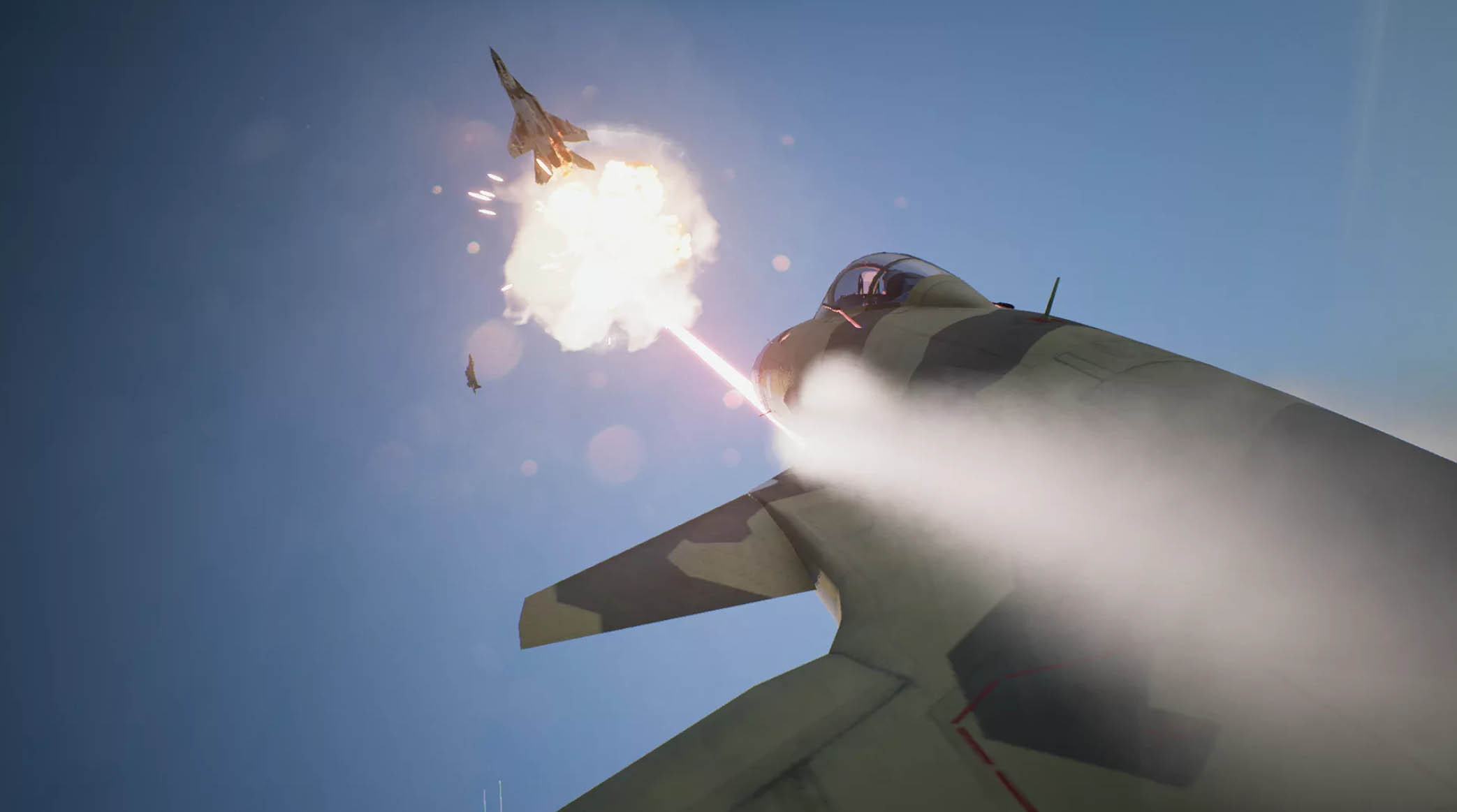 It’s separate and shorter than the main game, consisting of just a few missions, but it’s a unique experience that rival the best seated pilot VR experiences such as the special VR mission in Star Wars Battlefront. A note of warning though – this VR mode, with it’s intense dog fighting moves and first-person perspective is not for the faint of heart, or those without strong VR legs. It’s a great addition to the game that gave me a small insight and appreciation into what it’s like for fighter pilots to go head to head with their deadly counterparts, and I could only wish that the full game would be made available in that mode.

Now sadly Ace Combat 7 only runs at 1080p on the PS4 Pro, and less than that on the base console. Instead, it targets a framerate of 60 frames per second. In the grand scheme of things, a commitment to 60FPS is much better than a slightly lower resolution, but it is nevertheless disappointing to see only 1080p on the more expensive pro consoles, not to mention a lack of HDR support, which I could imagine could have been amazing given the grand landscapes and vista on offer here. 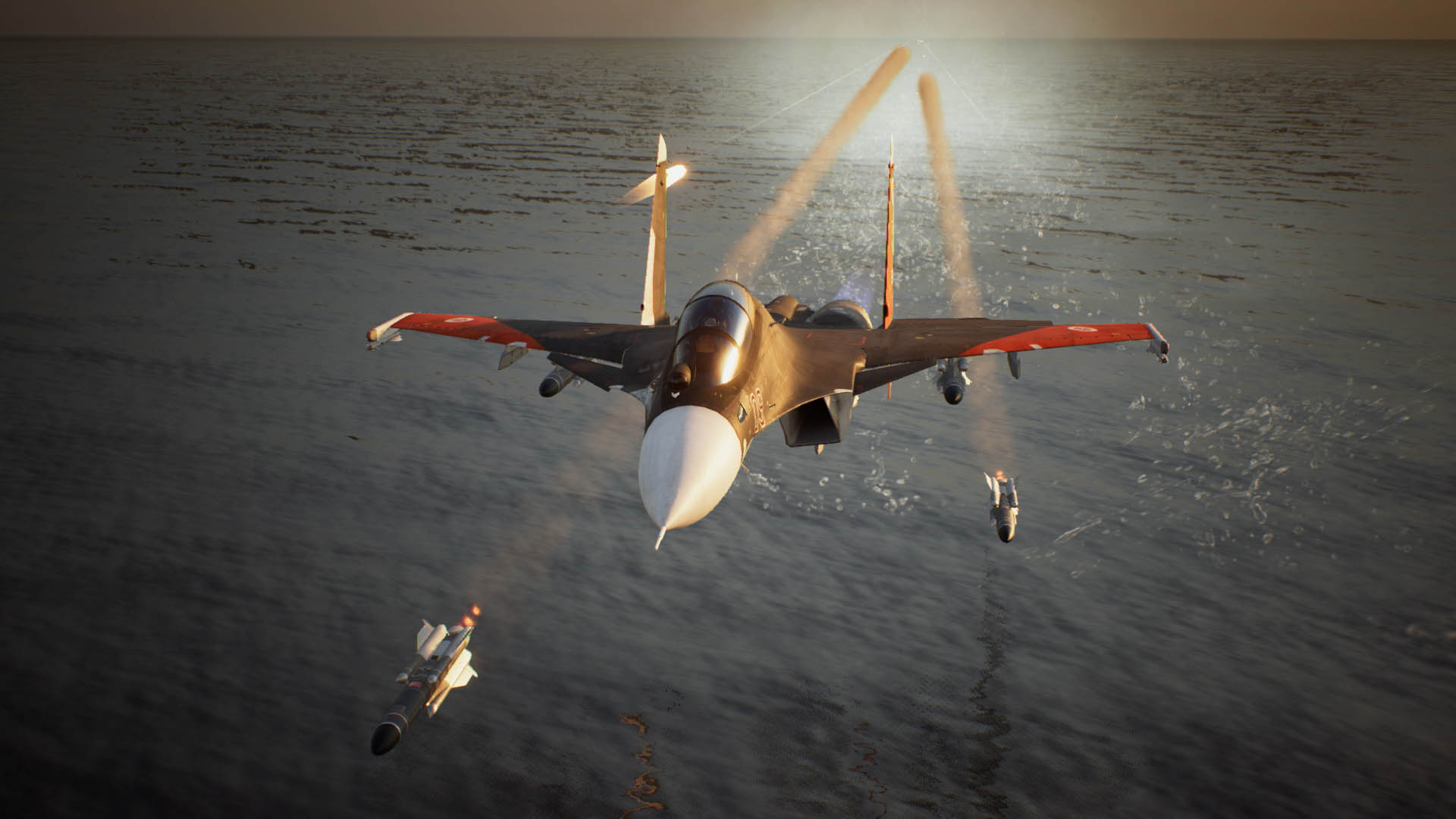 Another area where the game unexpectedly falls short is the unforgiving pacing of checkpoints throughout the game. Missions generally only have a couple of checkpoints, and you can’t save at a checkpoint and come back to it later, say, for example, if you wanted a quick round of the VR mode while in the middle of a normal mission. With missions taking quite a long time to complete even without retries of certain sections, this was an area that felt particularly and unnecessarily punitive.

My copy of Ace Combat 7 also came with a copy of Ace Combat 5, restored for PS4. It looks great, though next to the high polygon planes and environments of 7, 5 does show it’s age a bit, even with it’s much higher resolution than the original release on the PlayStation 2.

Apart from some unwelcome difficulty spikes made slightly more frustrating by a lackluster checkpoint system, Ace Combat 7 really delivers where it needs to. With gorgeous worlds, thrilling music and fast-paced arcadey flying combat, it’s everything that a younger me could ever have asked for.