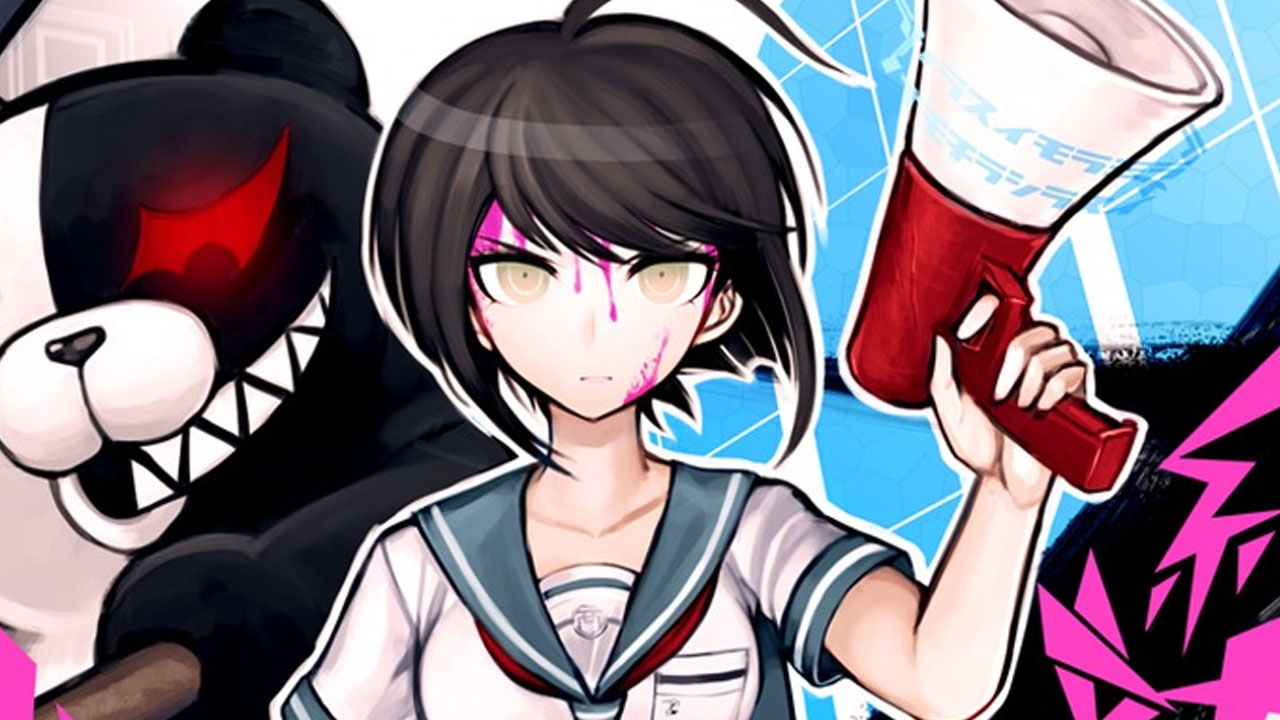 Danganronpa is an interesting series, based around an event that caused the world to suddenly be brought into chaos, where the robot Monokuma is born. The creepy bear, half black and half white, with a creepy maniacal eye has haunted us for two graphic novels, but now thanks to Danganronpa Another Episode: Ultra Despair Girls, you finally get to start blowing them up.

Danganronpa Another Episode: Ultra Despair Girls drops us in to Komaru Naegi, the younger sister of Makoto Naegi from the first Danganronpa, where she has been trapped in a small apartment for far too long. Not knowing what was going on, or why she had been there for so long, she had accepted her life had changed, when she hears a sound outside the door. Ecstatically she tries to call out and is confronted with claws that tear open the door to reveal, to her for the first time, Monokuma. Without his iconic personality, the bear goes for the attack, after an escape attempt Byakuya Togami comes to save the day and gives her a gun which sends a virus in bullet form, into the Monokumas, destroying them. 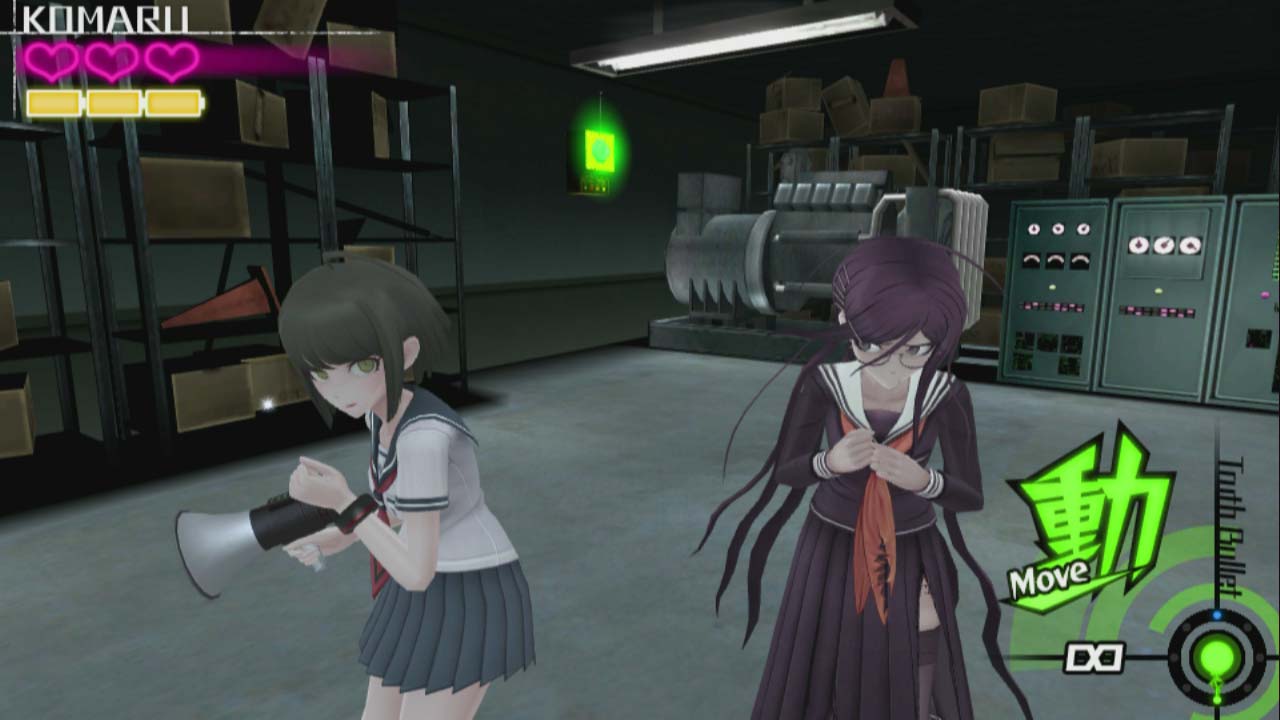 Armed with this gun Komaru leaves, making her way to the chaos outside Komaru must face the collapsing world, by the Monokuma’s everywhere, controlled by a gang of children who only want to kill all adults. Komaru finds herself confronted by the children who decide to put her into a game world of levels where she must get out, though the masses of Monokuma. Fortunately, she finds herself an ally in Toko Fukawa, who can at the drop of a hat, go into homicidal jack mode and slash away with her knives. So, standard insanity for a Danganronpa game. What makes it different is the games style.

The first Danganronpa games where graphic novels crossed with point and click adventure elements, which told its twisted story well, but for Danganronpa Another Episode: Ultra Despair Girls they have gone a different route making a third person action style game. Armed with her hacking gun, which looks like a megaphone, Komaru needs to shoot her way through the main Monokuma’s in her way. The gun is also used to solve puzzles using different bullets that interact in different ways. For the bulk of the game you can also switch to controlling Genocide Jack who can carve up enemies with her murder knives, but time in this mode is limited, probably due to its devastation. The gunplay and action is unfortunately average at best. On the Vita where controls and precise shooting can be forgiven due to its power, however it does pale in comparison to other PS4 games. 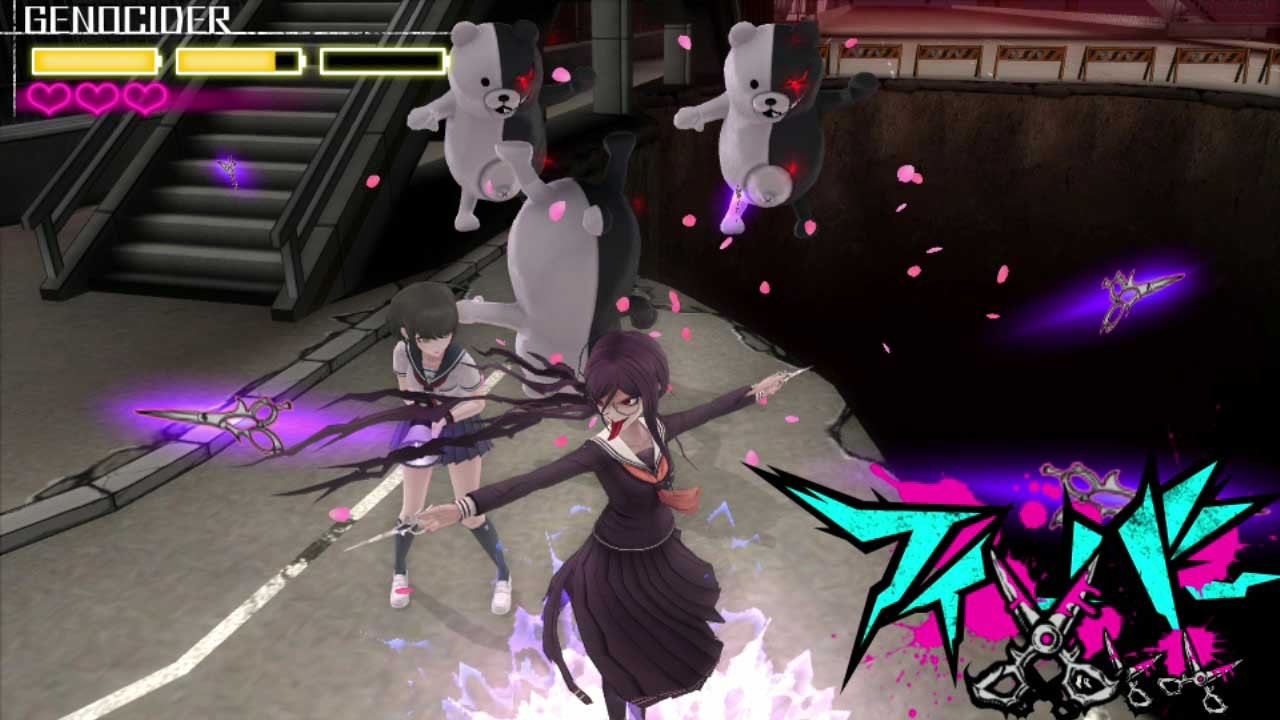 The art style at times does look great on the big screen, especially cut scenes that use both beautiful anime scenes, and the weird silent, artistic cut scenes that fans of the series would remember from the execution scenes form the original game. The main gameplay on the other hand, looks very mediocre, with the smaller designed rooms being very apparent and feeling very restricted on a TV. This gives the feeling that if you have the option, the Vita would be better so these don’t feel like weaknesses if that’s available to you.

If you have only been introduced to Danganronpa through the recent PS4 re-releases and love its weird wackiness, then Danganronpa Another Episode: Ultra Despair Girls is a must play as its weak gameplay doesn’t undo the awesome Danganronpa content in the game. If this is your first Danganronpa, its average gameplay may be a turn off. 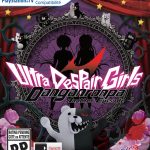