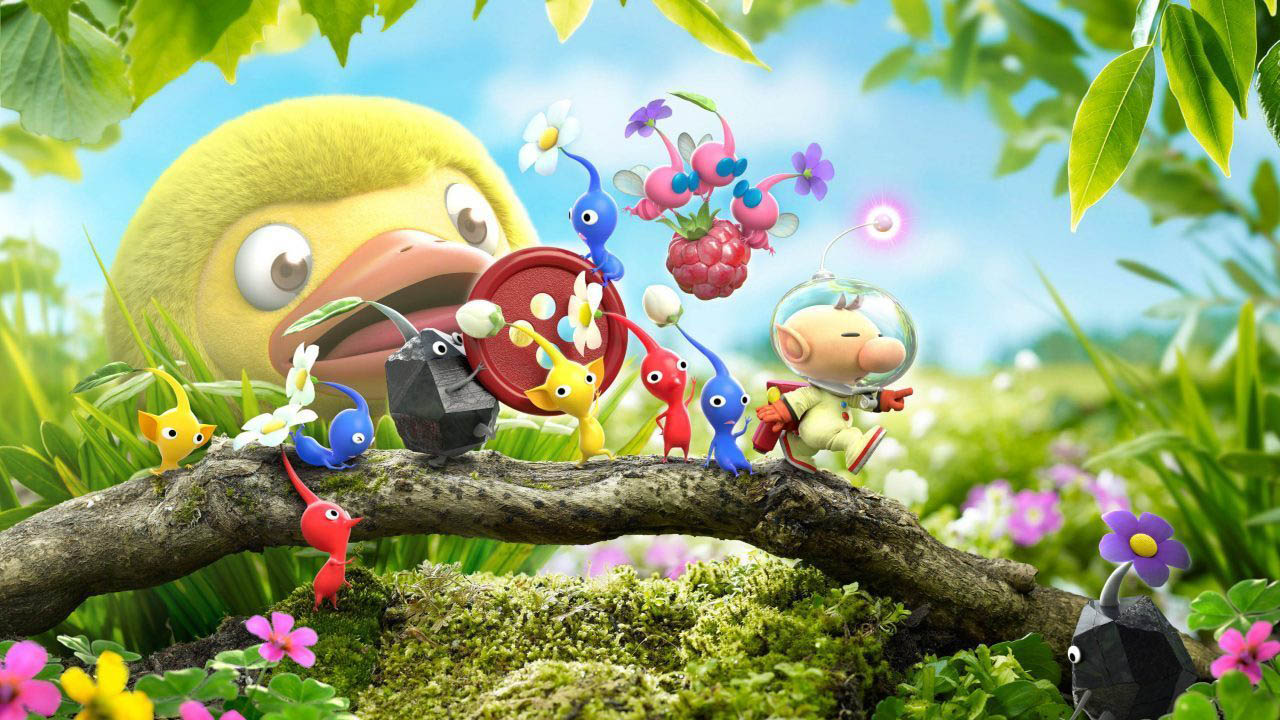 Hey! Pikmin is a curious one. A Nintendo cult favourite franchise, it has flown mostly under the radar since the release of Pikmin 3 for the Wii U. Hey! Pikmin was an unexpected surprise when it was announced, and now only a few short months later we have it in our hands. Rather than the resource management and 3D shenanigans of the main releases however, Hey! Pikmin tries something new by attempting to take the core idea of Pikmin and translate it into a relatively traditional 2D side-scrolling platformer. Developed by Arzest, a Japanese developer with a history developing for Nintendo consoles (such as 2014’s Yoshi’s New Island), it’s an experiment that while not failing, perhaps doesn’t go far enough in taking the game as far as it could have gone.

Captain Olimar, who remains the main character, has found himself crash landed on an unknown planet, and must gather enough fuel to allow him to go back home. You’re given a specific number (30,000) to try and reach, and by finding collectables, secrets and hidden areas, you can reach that goal faster. Of course, the planet you land on is full of a variety of Pikmin, the miniature creatures who you can control a la Lemmings to do all sorts of things. Each type of Pikmin is useful in different situations. Yellow ones can be thrown higher and blue ones can swim, for example. By using and guiding them safely through the Level you can reach your goal. 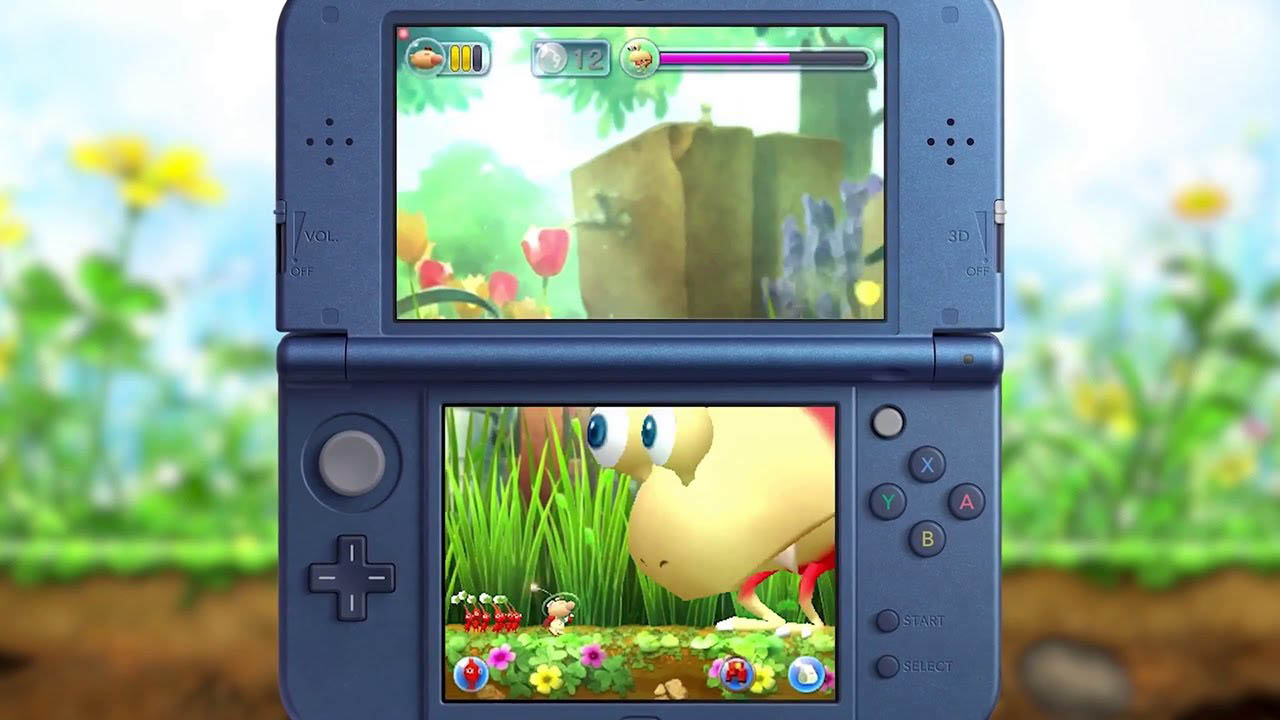 Levels are relatively easy, and it’s about the same difficulty as a recent Kirby game. If you want to do a bit more than simply rush through each level though, within each there are a number of additional goals, such as collecting two or three special items such as mobile phones, bolts, and sunglasses (which have amusing descriptions, as if they were discovered by a small, alien population).

Hey Pikmin is clearly aimed at kids, but those same kids are probably too young to have played the mainstream Pikmin games, so I’m not sure who the real target market is. Unless it’s an introduction to the franchise for a Switch release of Pikmin 4, but then I would have expected Hey! Pikmin for Nintendo’s newest console instead of the older 3DS family. 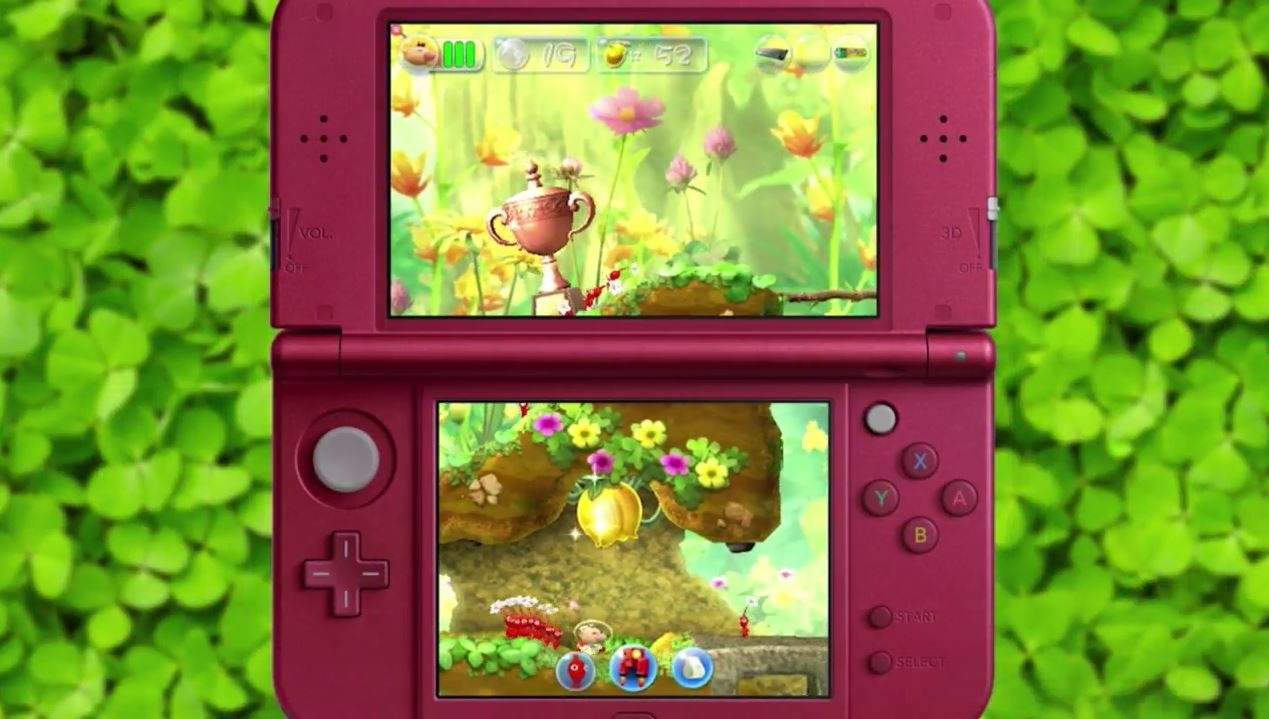 Still, trying to reverse engineer Nintendo’s logic is rarely fruitful, and this extends to the control scheme. The game is played exclusively using the control pad (or D-Pad) and stylus. This is not good for left-handed people. They could have had the option to use the right control nub or face buttons (A/B/X/Y), but even though they are non-functional, those are blocked off by the software. As a result I found play sessions to be fairly uncomfortable, and forget playing on the bus or anywhere that isn’t one hundred percent stable. If you are left-handed, I would highly recommend playing the (fairly decent) demo available on the eshop to see if its something that would bother you for the few hours needed to complete this game.

Released close to the launch of the 2DS XL, Hey! Pikmin makes absolutely no use of 3D functionality. This isn’t a complaint, but it’s interesting that combined with its stylus-led controls, it feel much more like a DS game than a 3DS one. At least it makes as much use of other parts the 3DS hardware as possible. The worlds are generally gorgeous, and animations are super cute. Levels are large and have multiple exits, allowing you to choose whether to go for the harder ending that promises more Sparklium, or decide that what you have is enough and you just want to get to the end. 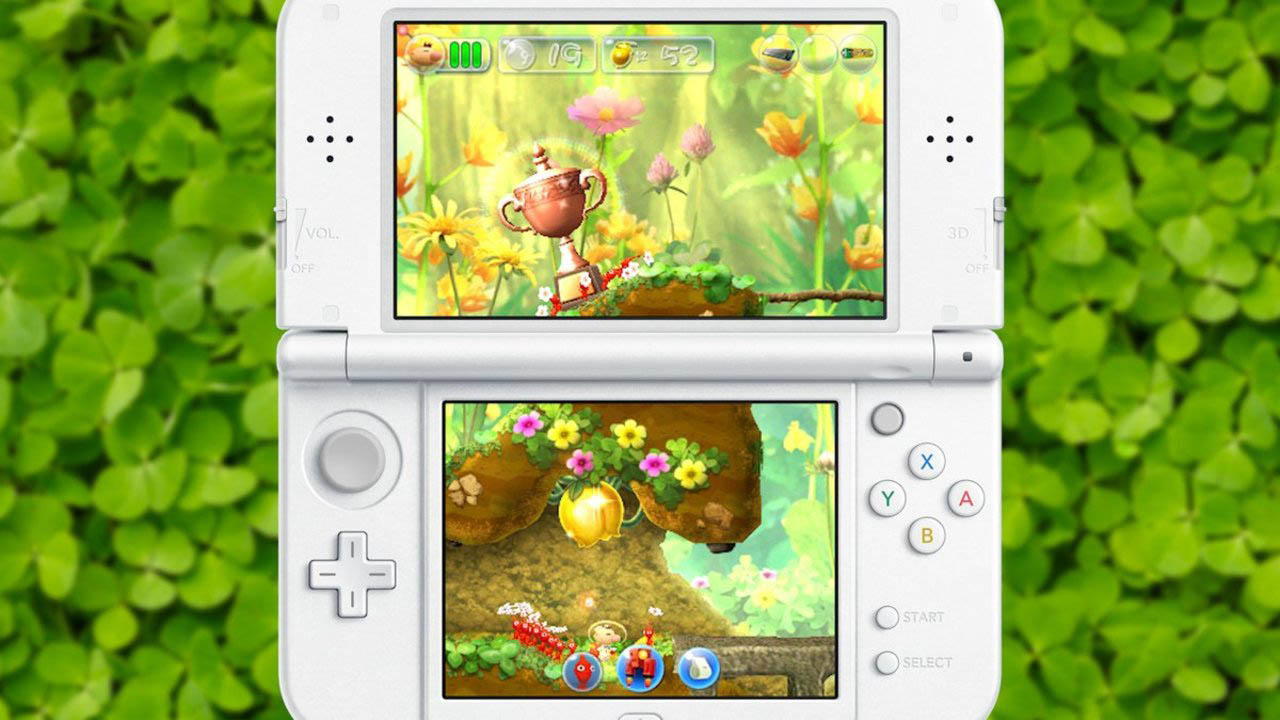 Amiibo play a fairly large role in the game. There’s a new Pikmin amiibo, which allows you to bring in extra Pikmin into the Level with you (essentially making the game easier) and other amiibo unlock special bonus Levels around the game. There’s no indication of which amiibo works where though, so I spent a good while testing all of mine to see what worked and didn’t. Even if your amiibo doesn’t open up a bonus stage, they can give you extra 10 Sparklium a day, which, when the game’s target is 30,000, hardly rates as a mention. That would take over eight years to reach the target at that rate!

Hey! Pikmin revives a series of games that are dearly beloved to this day. But I can’t say that this entry will be remembered with as much fondness. While it’s a serviceable platformer, and not without its charm, Hey! Pikmin doesn’t do enough with the main premise and possibility of Pikmin to make much of an impression. It is worthy of a sequel however, one that delves deeper into what’s possible in this fun, quirky world. 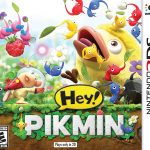