Blizzard Goes Back to the Arcade 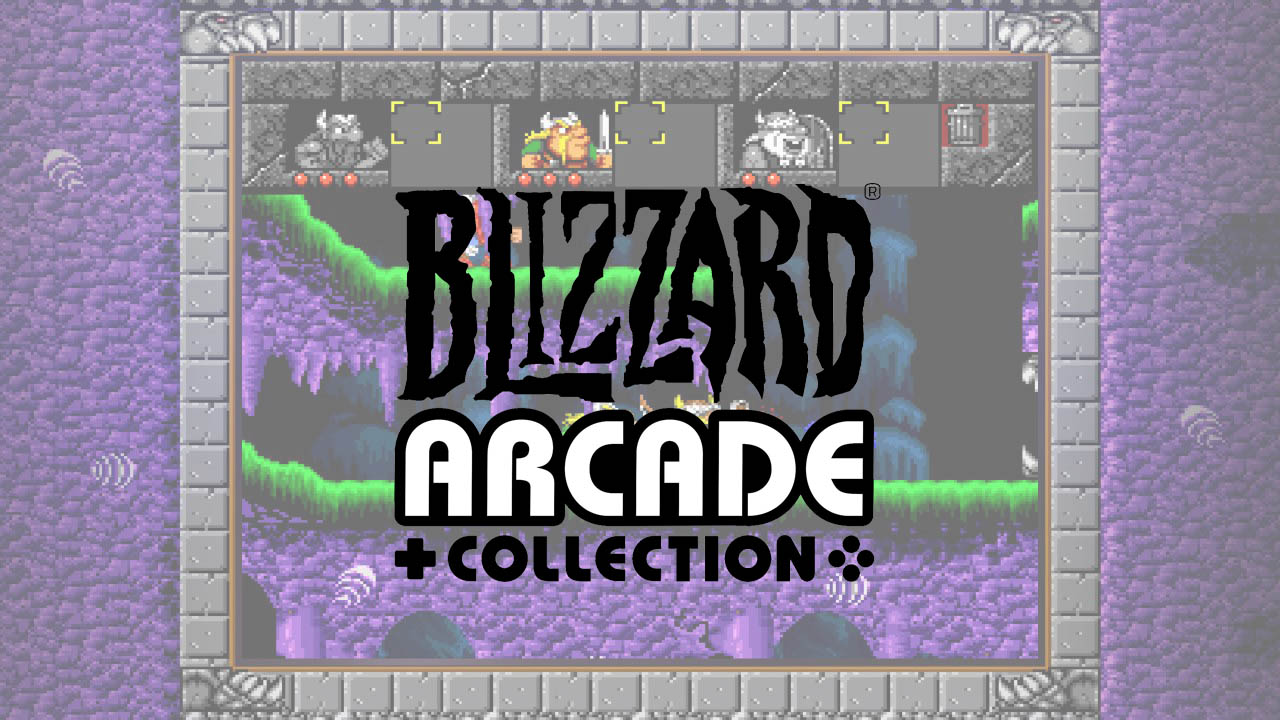 Thirty years ago, a newly formed game studio made up of a handful of software developers set out to create the types of games they themselves loved to play.

Among their first creations were The Lost Vikings, Rock N Roll Racing, and Blackthorne – each garnering critical acclaim and reflecting the early design principles of the company that would soon become Blizzard Entertainment.

Now, Blizzard is proud to announce the Blizzard Arcade Collection, a digital set of its original hits, updated and available now for Windows PC, Nintendo Switch, PlayStation 4, and Xbox One (also PlayStation 5 and Xbox Series X|S via backwards compatibility). 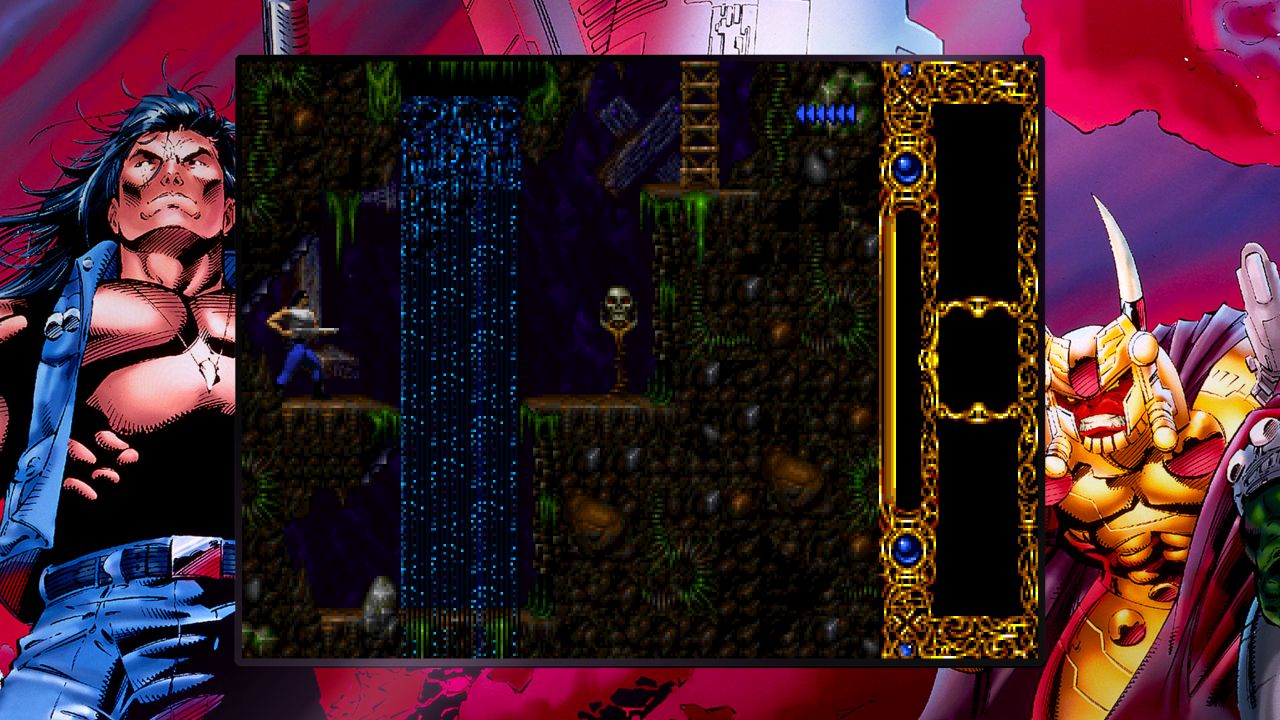 “The Lost Vikings, Rock N Roll Racing, and Blackthorne ultimately made it possible for us to go on to create Warcraft, Diablo, and StarCraft, so we thought the Blizzard Arcade Collection would be a fun and fitting way to look back at our roots as a company,” said J. Allen Brack, president of Blizzard Entertainment. “Many Blizzard gamers around the world fondly remember their time with these games and have often asked us to bring them back for modern platforms, so we’re thrilled to not only do so with this release, but to amp up the experience with new features and functionality available for the first time in each game.” 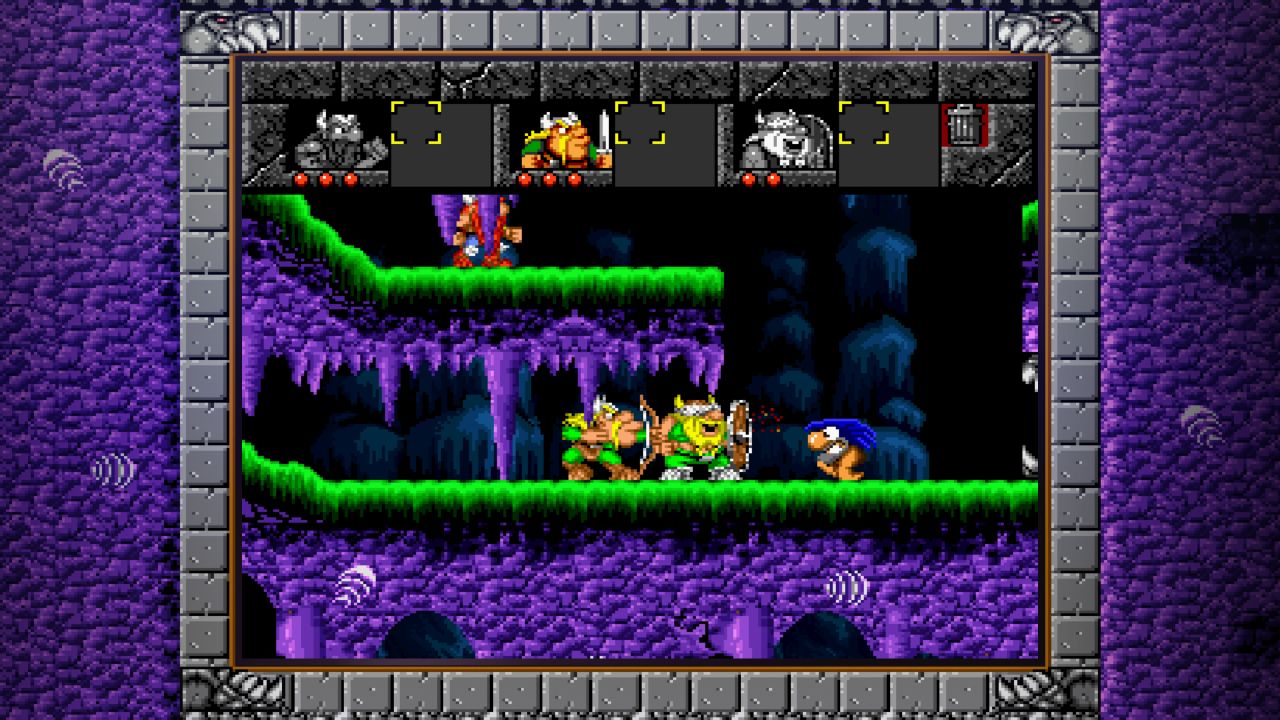 The games in the Blizzard Arcade Collection come in their Original Editions and also upgraded Definitive Editions (details below), with each version featuring custom key mapping and the ability to rewind up to 10 seconds. The Original Editions of The Lost Vikings and Blackthorne also include “watch mode,” which lets players watch a playthrough of the game and jump in to take control at any point. The ability to save progress anywhere is also included in all versions of each game, with the exception of the Definitive Edition of Rock N Roll Racing. An array of bonus materials rounds out the Blizzard Arcade Collection, including game art, development assets, unused content, lore, interviews, and more.

Each entry in the Blizzard Arcade Collection showcases the focus on fun, personality, and detail at the heart of all Blizzard games. The games are all compellingly challenging, offering an early look at what would evolve into Blizzard’s signature approach to satisfying gameplay, colourful design, and tongue-in-cheek humour. 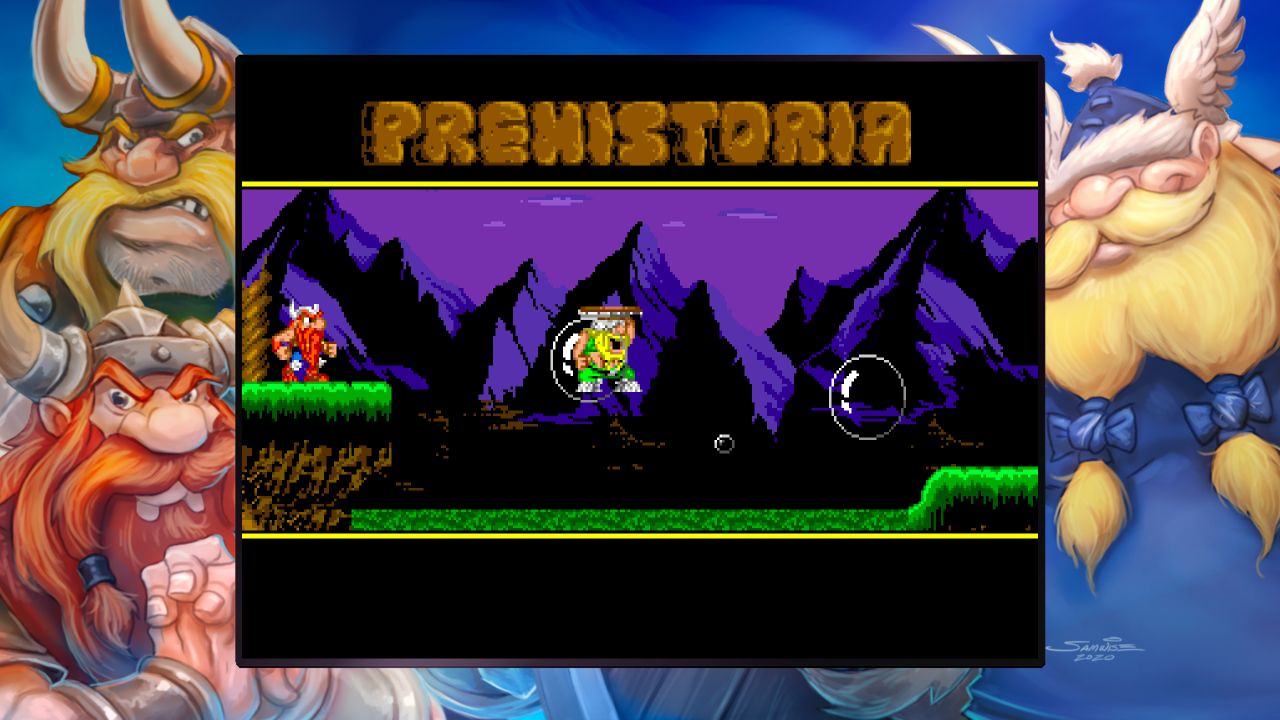 In The Lost Vikings, players assume the roles of Erik the Swift, Olaf the Stout, and Baelog the Fierce, three intrepid Vikings who must use their abilities cooperatively to solve hundreds of puzzles, defeat their enemies, and navigate a treacherous voyage back home. The Definitive Edition of The Lost Vikings brings together the best aspects of the different original console versions of the game, combining the superior audio and visual experience of the first release with the extra stages and cutscenes, and support for up to three players in local co-op, that were added in a subsequent version.

Featuring a series of booby-trapped racetracks and an epic rock-and-metal soundtrack, Rock N Roll Racing puts players behind the wheel in an over-the-top demolition-racing experience. Players choose from a selection of drivers with different talents and take their pick from a set of customisable cars – each equipped with an upgradeable arsenal designed to help them outmanoeuvre, and literally destroy, the competition. 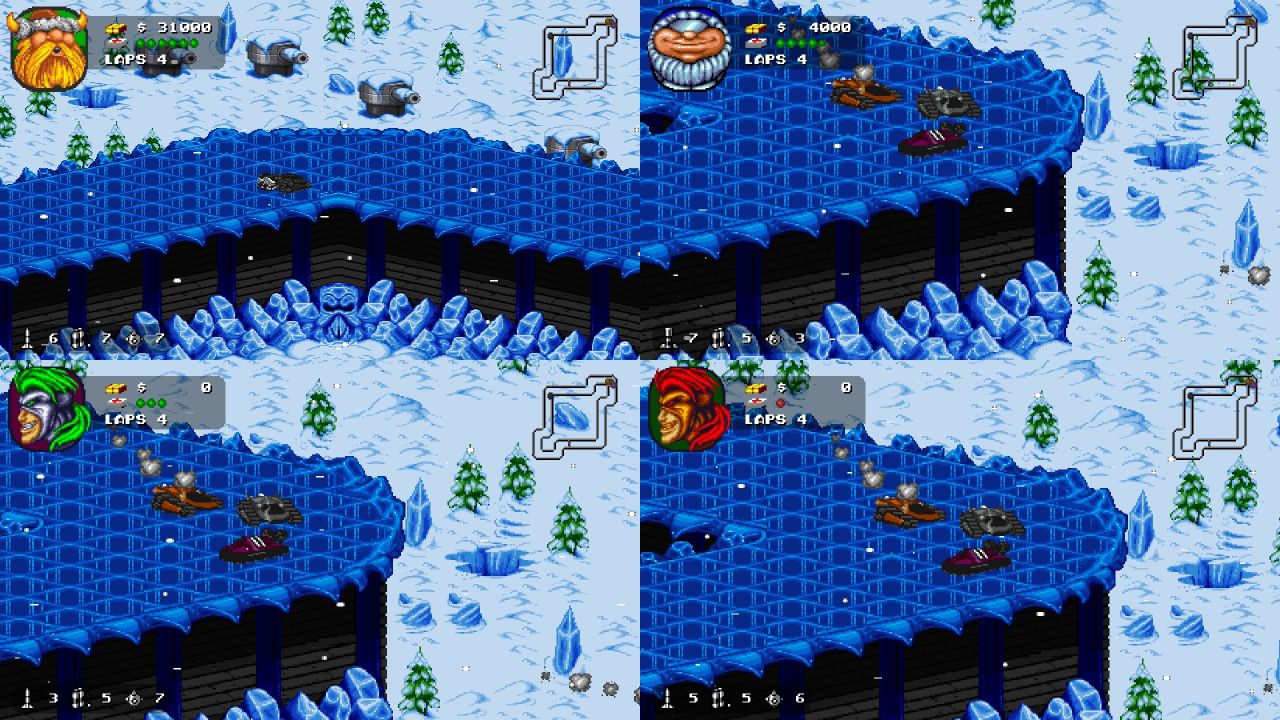 The Definitive Edition adds environmental effects, such as snow and rain, and lets up to four players, compared to two in the Original Edition, compete in local multiplayer. It also ups the racetrack count to 384 variations, supports 16:9 resolution, and adds actual recordings of songs from the game’s classic soundtrack – as well as new songs and new “Loudmouth Larry” voiceover clips for players to tear up the tracks to.

Blackthorne centres on the story of Kyle “Blackthorne” Vlaros, a lethal commando equipped with brute strength, animal cunning, a mysterious past – and an increasingly powerful shotgun. As the eponymous lead character, players must fight to claim their destiny, dodging and blasting their way through a futuristic 2D alien world overrun by mutant monsters and goblin hordes, in a fierce effort to liberate its people.

The Definitive Edition of the game includes an additional area to explore – previously only available in the 32-bit version of Blackthorne – as well as a “fog of war” map that uncovers as players explore each level. 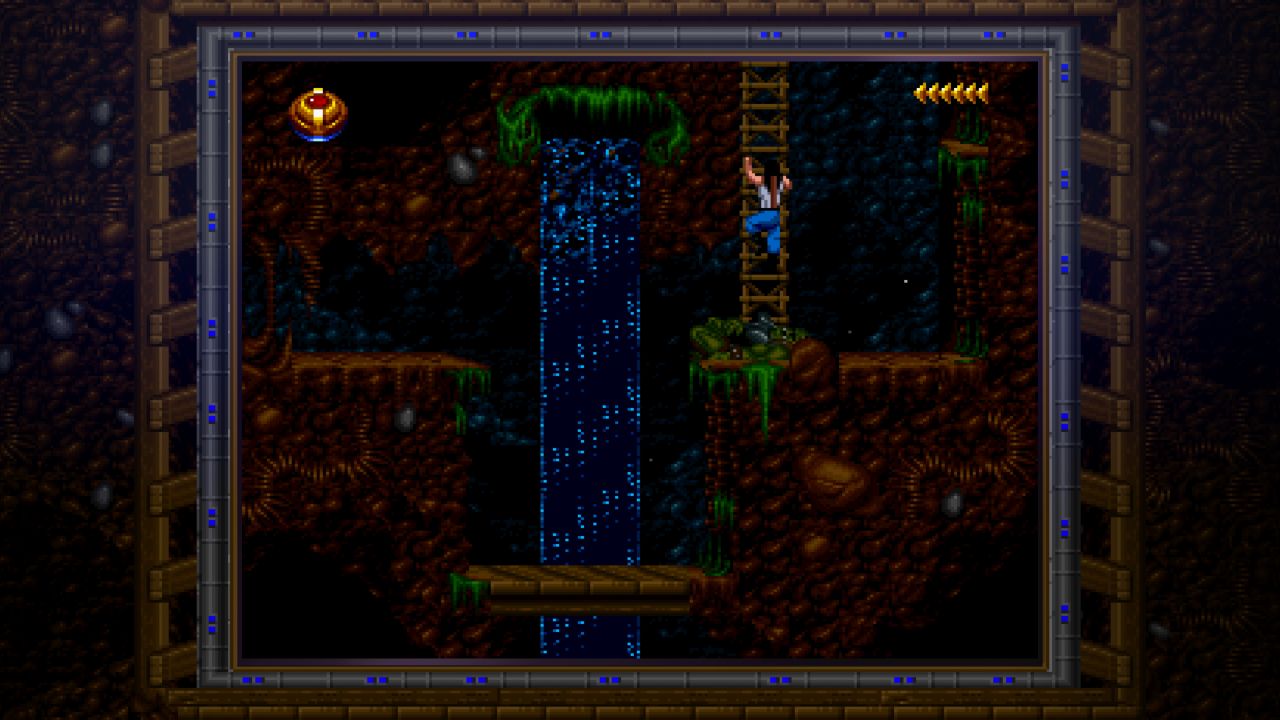 The Definitive Editions also bring The Lost Vikings, Rock N Roll Racing, and Blackthorne to a broader global audience than ever before, providing the first-ever opportunity for players around the world to play through these foundational Blizzard experiences.