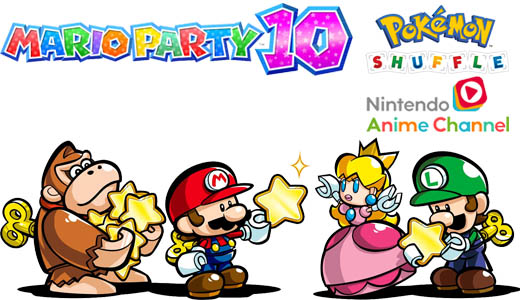 During a Nintendo Direct presentation which aired recently, Nintendo announced that both the The Legend of Zelda: Majora’s Mask 3D and Monster Hunter 4 Ultimate will release 14th of February, 2015 on 3DS and 2DS and on Nintendo eShop.

The presentation also announced the release date in Europe for a new Nintendo 3DS and 3DS XL, the brand new members of the Nintendo 3DS family which were released in Australia and New Zealand on the 21st of November last year, bringing a number of new enhancements designed to offer the smoothest and most engrossing portable gaming experiences. 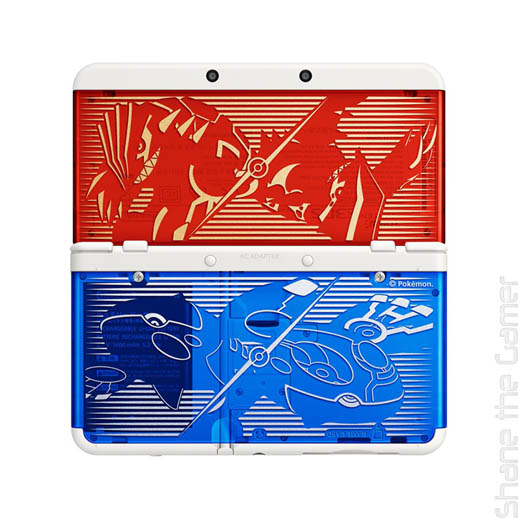 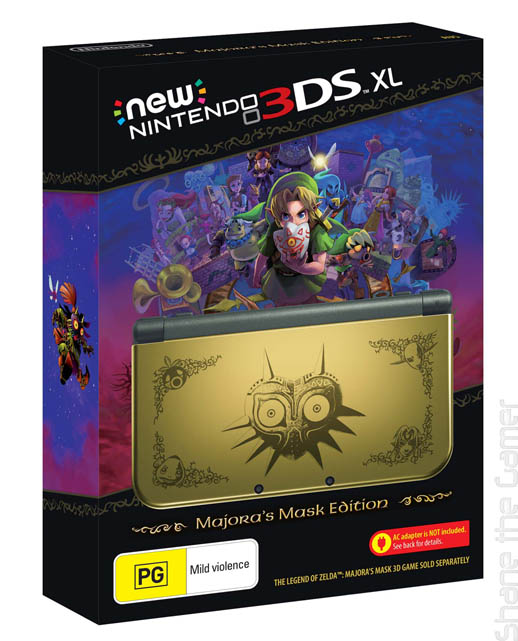 In other news within the presentation, Nintendo also revealed a new game in the Fire Emblem series for Nintendo 3DS, a brand new third-person action game coming to Nintendo eShop on Nintendo 3DS called IronFall: Invasion, a line of amiibo featuring classic characters from the Super Mario series and many details about other upcoming Wii U and 3DS games, including Code Name: S.T.E.A.M., Splatoon, and Mario Party 10. 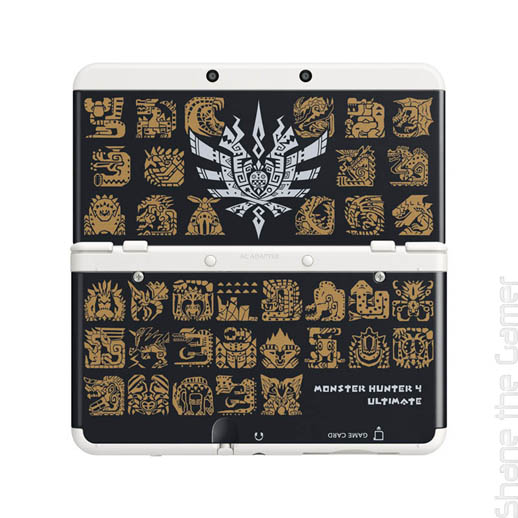 To view the Nintendo Direct video in its entirety, go HERE.

Some of the key announcements covered in today’s Nintendo Direct include: 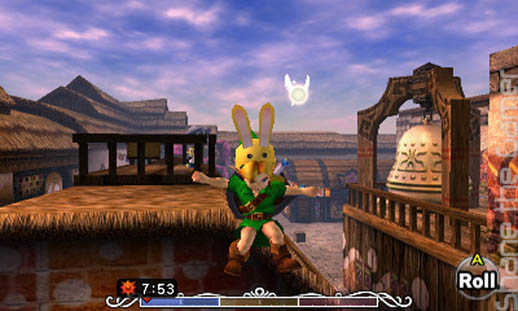 New Fire Emblem game: A new game in the Fire Emblem series is coming to Nintendo 3DS and 2DS systems. Developed by the same team who created Fire Emblem: Awakening, the new adventure adds challenges never before seen in the series and asks players to make decisions that will affect the game’s world in new ways. More information on the game’s release will be revealed in the future. 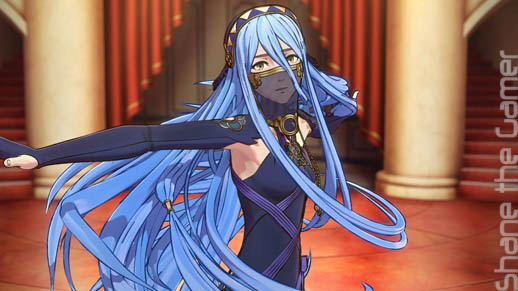 Starting this week, an exclusive demo with three different quests and local and online multiplayer functionality will be made available by email to select Nintendo 3DS owners, complete with three additional Nintendo eShop codes that can be shared with friends. 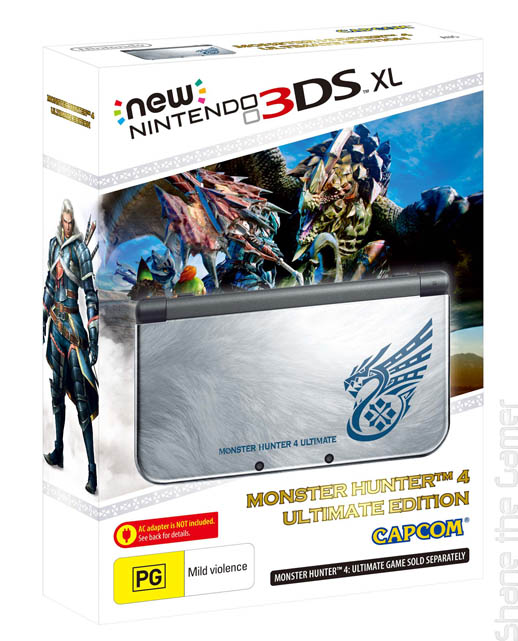 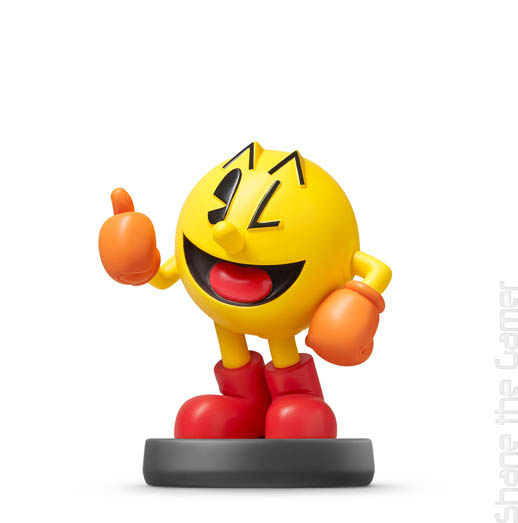 The new version offers 3D visuals and allows players to view the maps and character stats on the bottom screen. Another new addition to the game is a bonus mode that lets players view 3D models of the characters and listen to tracks from the game’s musical score. 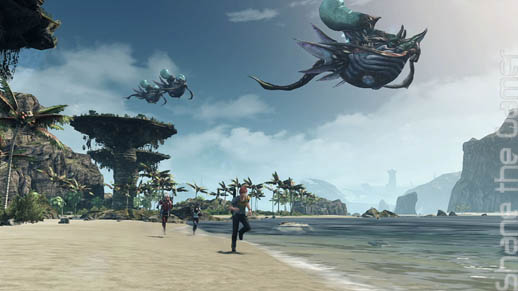 With 6-player local and online multiplayer, a dedicated single player campaign and 60fps gameplay, this new title from VD-Dev is releasing on Nintendo eShop for Nintendo 3DS in February 2015. 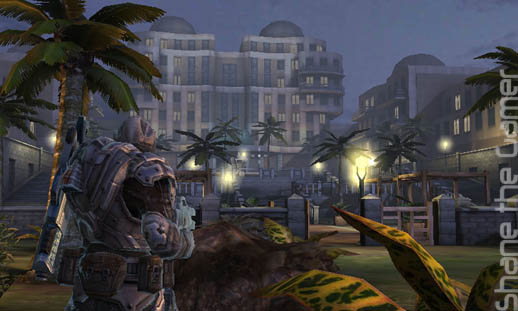 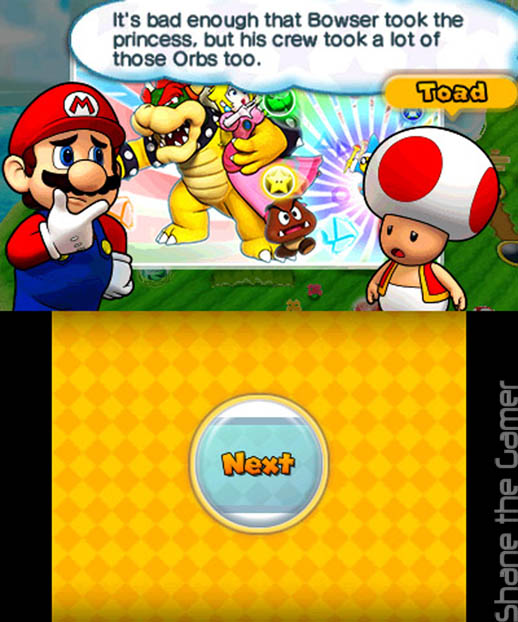 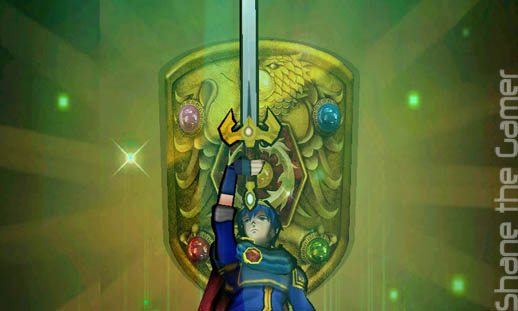 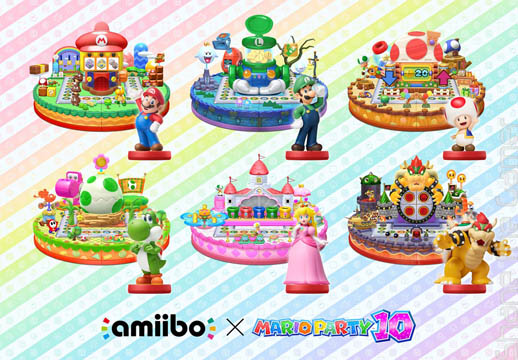 Nintendo Anime Channel: A new video-on-demand service kicks off on 14th of February, 2015, offering fans the chance to stream anime series from the likes of Pokémon and Kirby with new content being added regularly. Access to the service is granted simply by downloading a free application from Nintendo eShop. 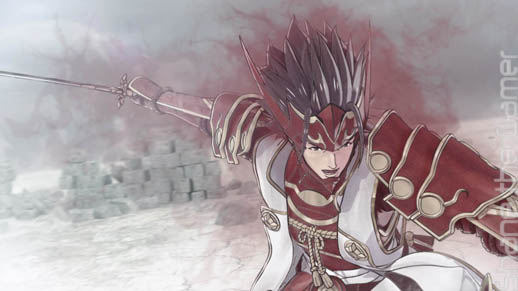 Splatoon: When players first start the colourful shooting game, they will begin in a central ‘plaza’ that connects to all the different modes in the game. The hub also grants access to a shopping centre that lets players customise their weapons and outfits. Splatoon launches exclusively for Wii U in May 2015. 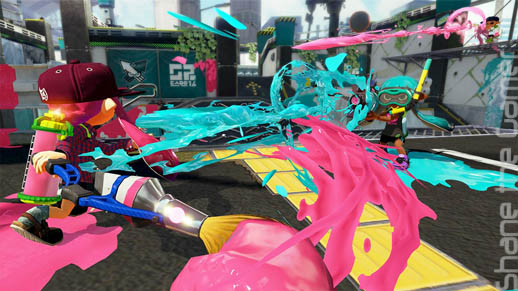 Tapping an amiibo to the GamePad lets players use that character as a game piece, as well as play on a game board themed to that classic character. Mario Party 10 launches for Wii U on 21st oft March 2015, with a limited quantity of bundles including a Mario amiibo from the Super Mario Collection, plus a copy of the game, also being prepared. 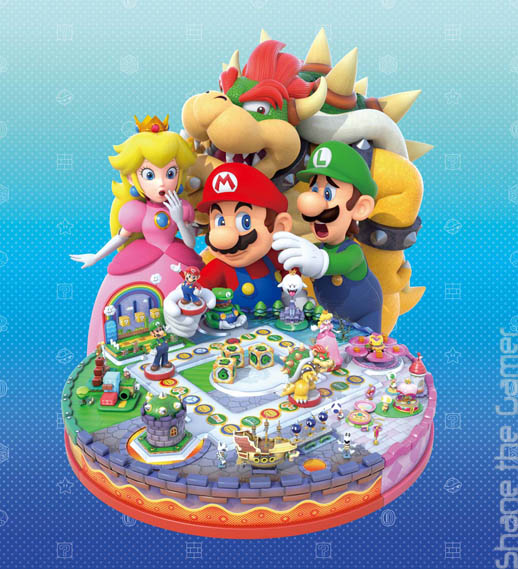 Captain Toad: Treasure Tracker: A new update on 21st of March, 2015 will add amiibo support to the charming Wii U game. Players that tap the Toad amiibo – releasing on the same day – to the GamePad can enjoy a new hide-and-seek mode where pixel art Toads are hidden throughout the stages. 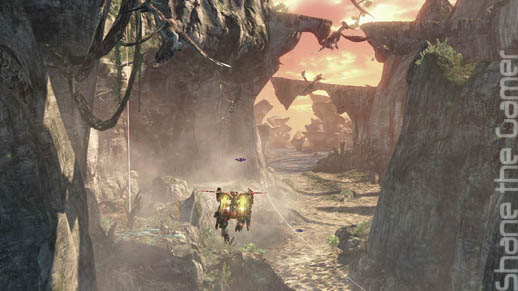 Project Treasure (working title): A new teaser video was revealed in today’s Nintendo Direct featuring Katsuhiro Harada from Bandai Namco Games discussing a new game that is being developed exclusively for Wii U. The game will be free to download and start playing but requires an online connection as four players work together to complete varied stages, clearing traps, routing enemies and seizing treasure.

Wii Games Coming to Wii U as download software: Starting today, players will be able to download Wii games directly to their Wii U HOME Menu via Nintendo eShop for Wii U – no need to access Wii Mode. The first game that is available – released today – is Super Mario Galaxy 2. 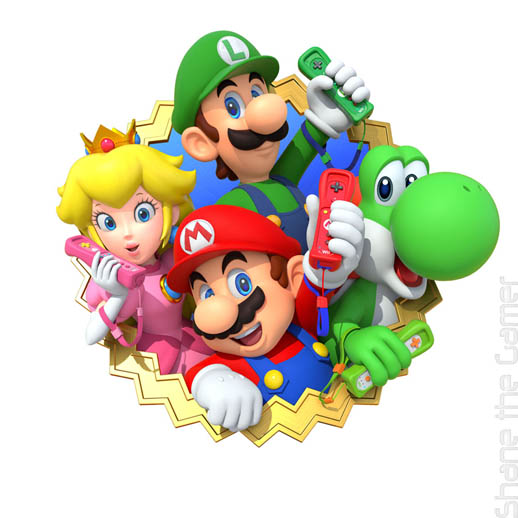 Other upcoming titles are Kirby’s Adventure Wii, Pandora’s Tower. Punch-Out! and a title not previously released in Australia and New Zealand – Sin & Punishment: Successor of the Skies. 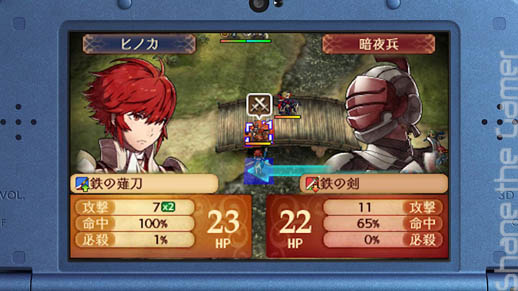 The Wii U GamePad can be used to control many Wii games that were compatible with the Wii Classic Controller.

Super Mario Galaxy 2, Donkey Kong Country Returns and Metroid Prime Trilogy will be on sale for a special price of AU$13.00 (NZ$17.00) during their first week of availability. After the first week, these games will be available for AU$26.00 (NZ$34.00).

Super Mario Collection amiibo: A line of amiibo inspired by the characters of the Super Mario series will launch on the 21st of March, 2015. The lineup includes new models of Mario, Luigi, Peach, Yoshi and Bowser, as well as the introduction of Toad.

Crossover amiibo characters from the Super Smash Bros. and Super Mario lines like Mario, Luigi, Peach, Yoshi and Bowser will have the same functionality in all compatible games, so players can choose which design they like best! 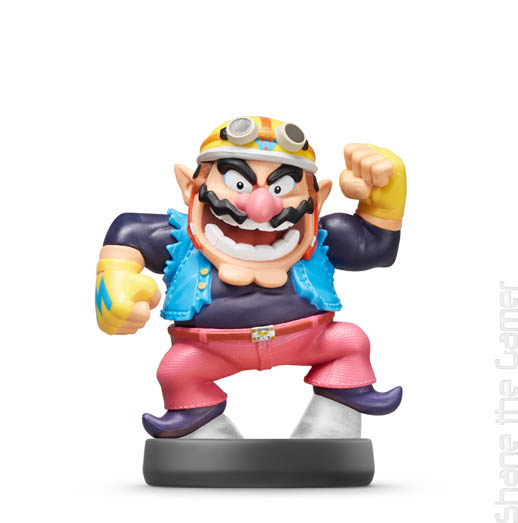 Nintendo eShop on Nintendo 3DS and Wii U

As with previous games in the series, players can create their own Levels and share them with other players online. 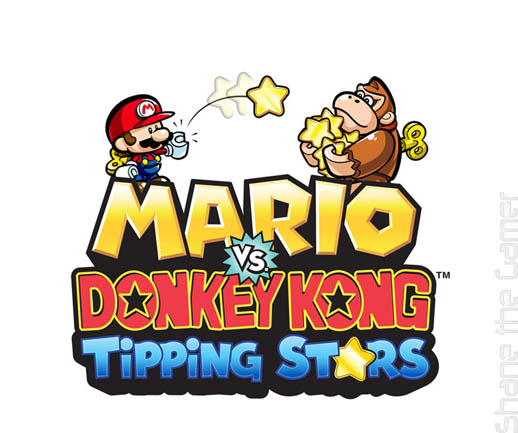 In this game, players can “tip” the creators of the user-generated puzzles with stars, which can be used to buy new parts in the robust level creator. Mario vs. Donkey Kong:

Tipping Stars will be available directly from Nintendo eShop for both Wii U and Nintendo 3DS on 21st of March, 2015. As a bonus, players who purchase the Wii U version will receive a free download code for the Nintendo 3DS version, and vice versa.