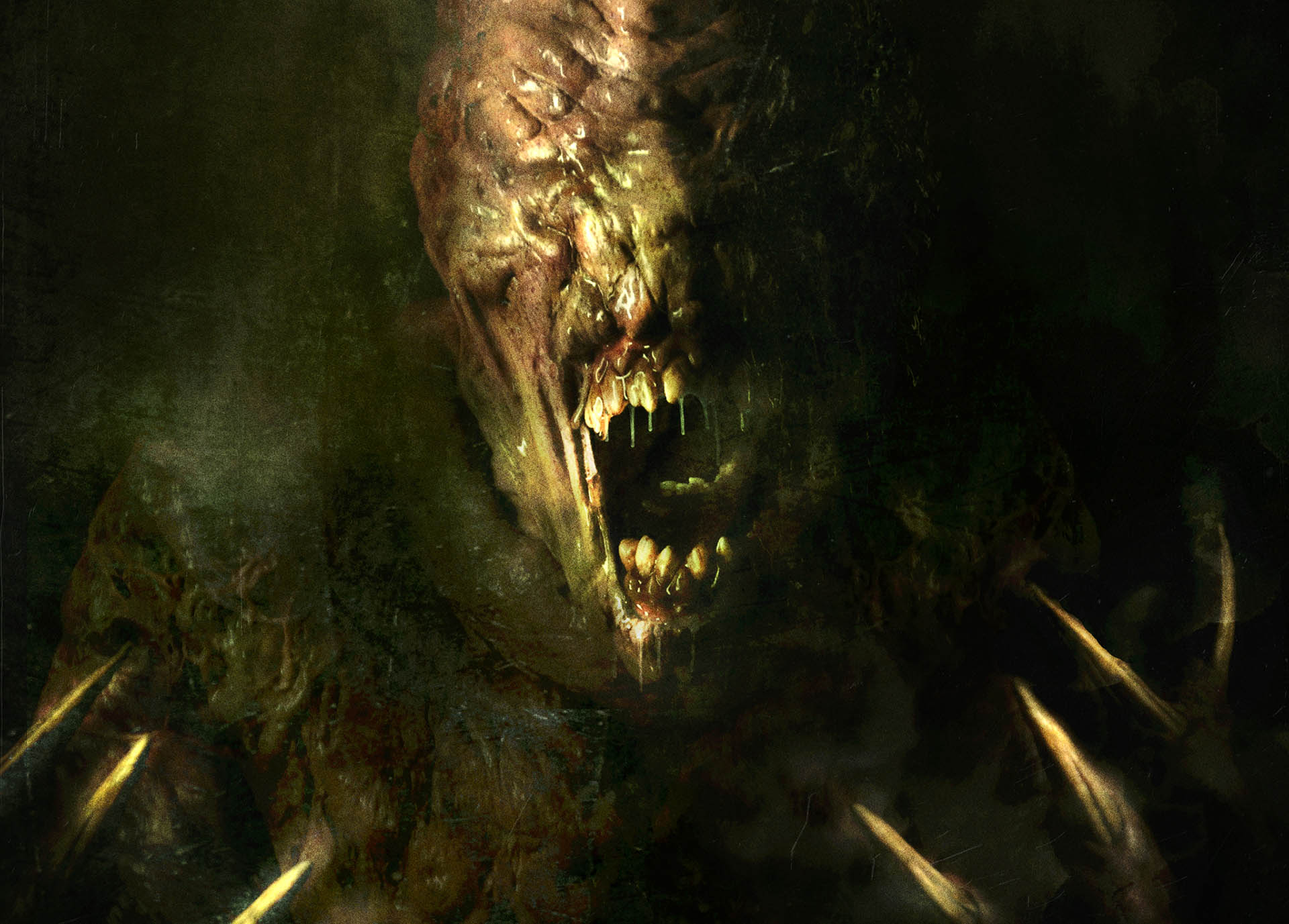 Thanks to our pals at AMC Network and Shudder (AMC’s subscription horror streaming network) Shane from STG was privileged to have a virtual chat to Matthew Ninaber on his new film, Death Valley (and Psycho Goreman!). 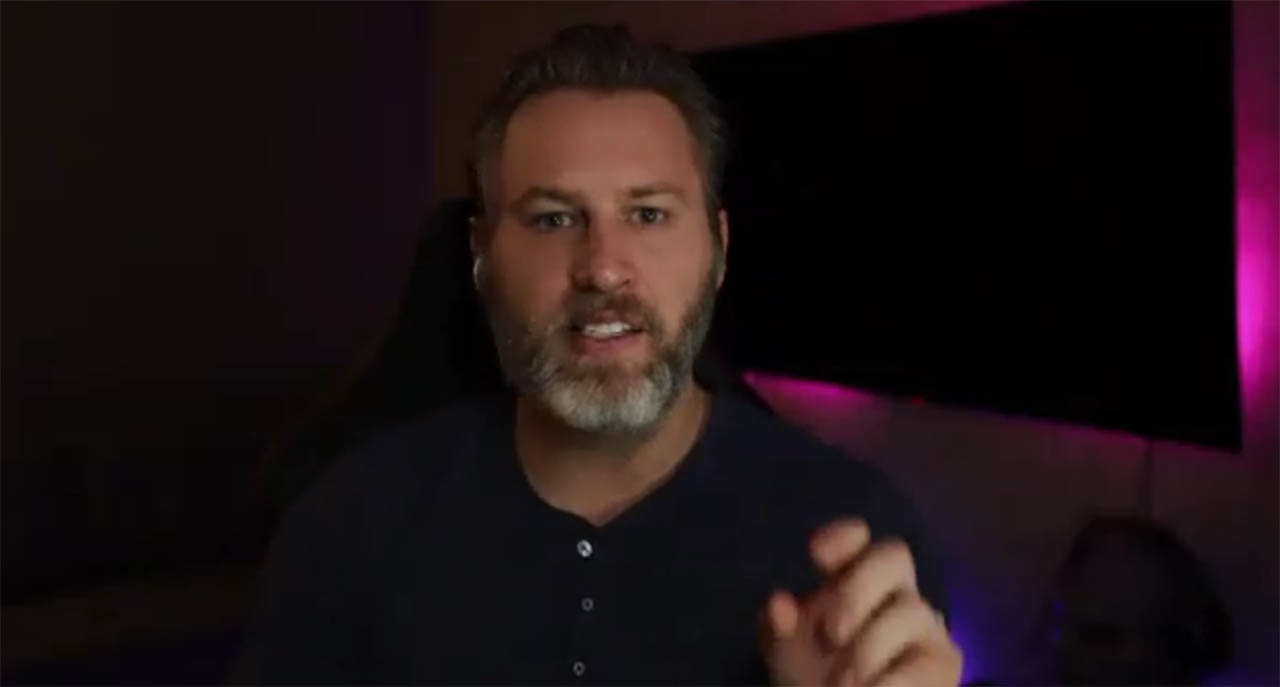 Shane: Hey Matthew, thanks for chatting with me today! So, how did you get yourself into filmmaking? Specifically horror.

Matthew: Oh, that’s been that’s been a journey. I’ve always wanted to be Movie Maker. And I’ve loved acting. I think horror is something that was more so attractive to me recently because of the role I got to be PG in Psycho Gorman. And being on set and seeing how people were doing practical effects I just fell in love with that.

I always had a deep love for horror movies, but I just had no idea how it was done and sitting in that monster suit, as Psycho Goreman and watching Steve (Steven Kostanski), the director and his team, do all these practical effects. I’m like, oh my goodness, this is this is what’s possible. And it got me so excited. Coz like you know what, I’m going to take my love action movies and my love of horror and I’m going to just make a little baby and and that’s kind of how that started. 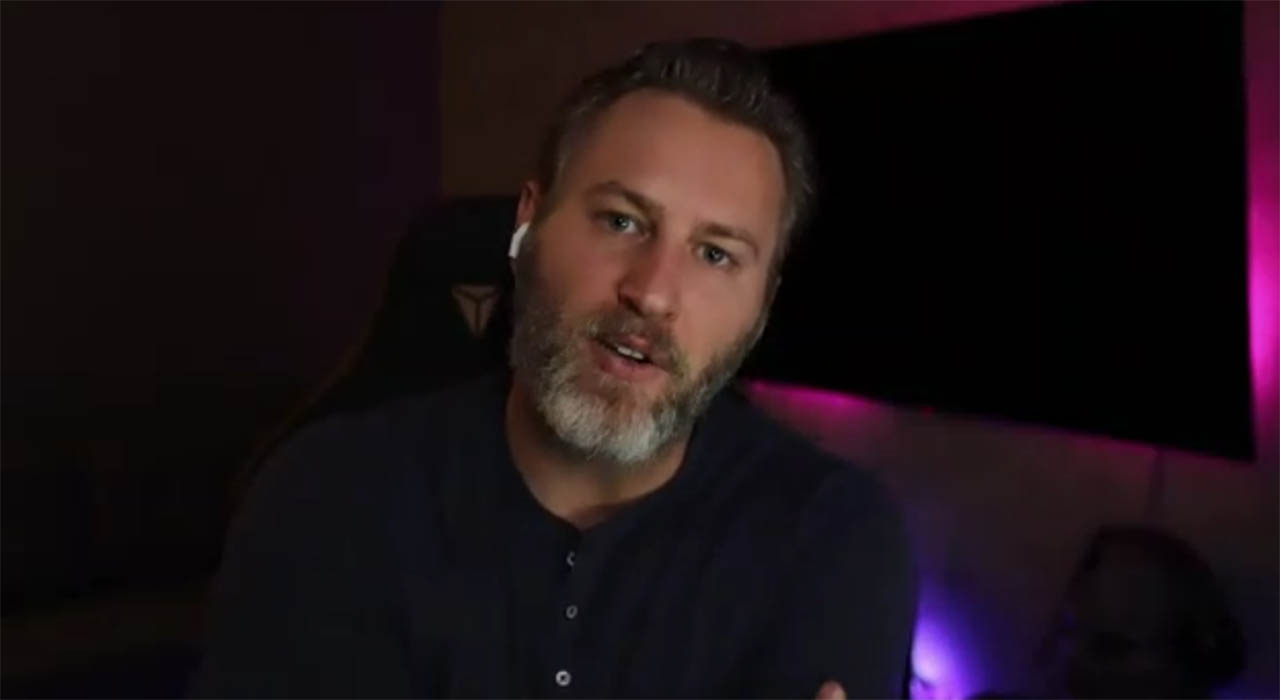 Shane: That flows very nicely into my next question, which is Death Valley (which is exclusive to Shudder), is a film that you’ve both written and directed, and also produced it too. So what can you tell horror fans of what they can expect before they watch it?

So I tried to take Bad Boys and merge it with a little Resident Evil and make this concoction. So that’s kind of what I was aiming to do.

It’s still during the pandemic. In fact, I started this movie when there was nothing happening in the film industry. I was let go of my job because of COVID. And I decided, like, you know what? Why not? Let’s just go make a movie.

I messaged Steve, I’m like, can you make me a monster suit? And he’s just like, Matt, I have all your molds from PG (Psycho Goreman). I’m going to make you something and we talked about the design a couple times. And then it was basically Monday to Friday building sets building the world and on the weekend, I got my friends over and we made a movie and I am really, really proud of it. Happy I think a lot of people are going to be into it if you’re into creature practical effect movies, I think you’re gonna be pleasantly surprised. 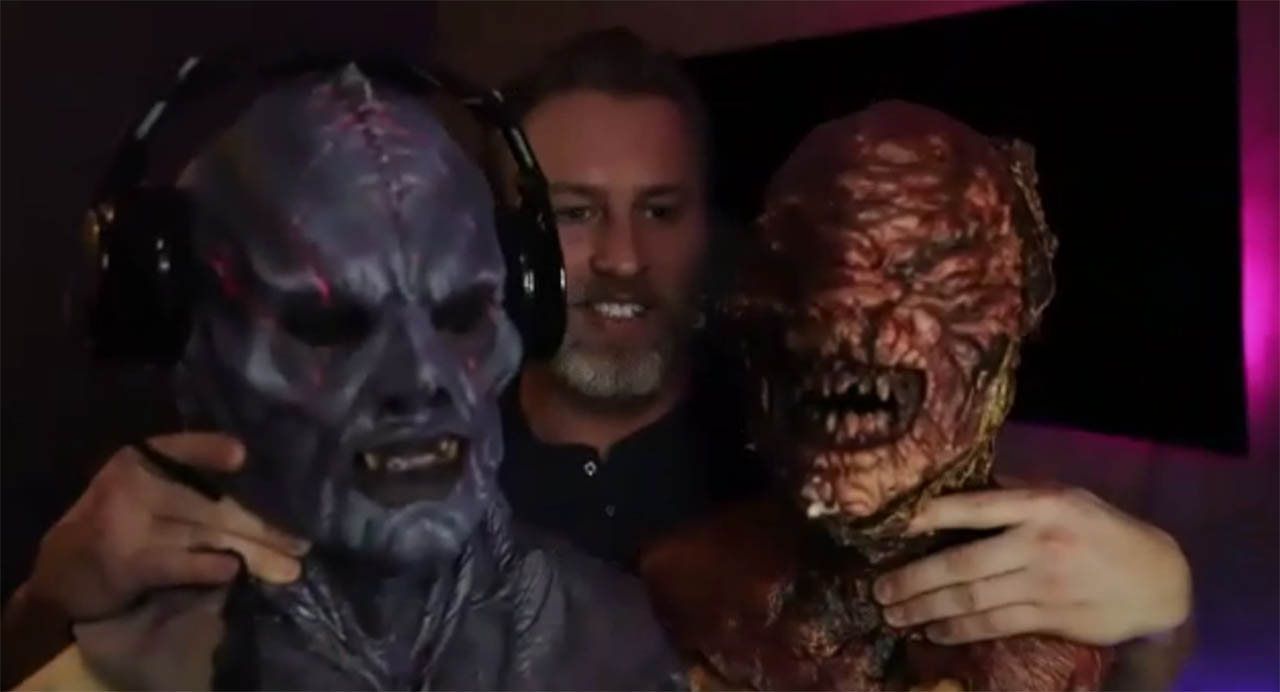 Shane: My next question, which we’ve already alluded to, Death Valley is a mix of horror, sci fi and action. What was the creative fuel behind this mix of genres?

Matthew: I think, like, Psycho Goreman, is very funny nonsensical. It’s an ‘out there’ movie.

Steven was just fantastic. And I wanted to make Death Valley taking a lot of my favorite moments from video games, from movies and kind of make a thank you to so many movies that grew up with. And that was kind of the idea.

I’ve never been locked into like one genre. And even as a writer, director, we just played around and seeing like, what looked ‘Alien’ to us.

There is, kind of, some take of the ideas from ‘Alie’n I really love DOOM, I loved Halo Gears of War, Resident Evil, those video games while growing up were so cool.

So I was like, oh, can I just, you know, use those inspiration of things that I just love. There’s a video game called Fear. And I love that and so I just sat down and wrote something around the things I had but then also the things that I love growing up and trying to create the cop movie like that in Bad Boys and like Terminator 2.

I wanted to bring some of those things that have shaped me as a person, and kind of bring that into my film. So that was that was the intent of where we’re going, obviously, like on a budget and in a cool little contained world. But that’s, yeah, that’s kind of the birthing of it.

Shane: I’ve got to ask this question just because I’m a fan.of the Psycho Goreman film. What was the inspiration behind them Psycho Goreman because it doesn’t take itself too seriously.

Matthew: The way Steve wrote it. It definitely makes fun of itself and and playing PG was a very interesting time. Like that was the first time being a Monster and the first time seeing how all these effects go. And for me, again, I actually borrowed from a lot of classics, older men stuck with kids like Sean Connery and Harrison Ford and tried to borrow some of those characters and make it deadpan because PG is quite miserable.

He’s stuck with those two kids and and I really tried to play that out so that if you haven’t seen it, there’s a point where he is free like genie and has an opportunity to just be him so then there’s that explosion of happiness when he actually gets to fight and tear out people’s guts. So I I really, really, really enjoyed PG. He could be quite a quite a crazy character and the way Steve just allowed us to be free and the other characters was just fantastic. I don’t think I’ve answered your question.

Being in a monster suit is really miserable, so I try to channel that misery into his being captive to this little girl and I really hope there’s a sequel coming so that I can pick that character back up. 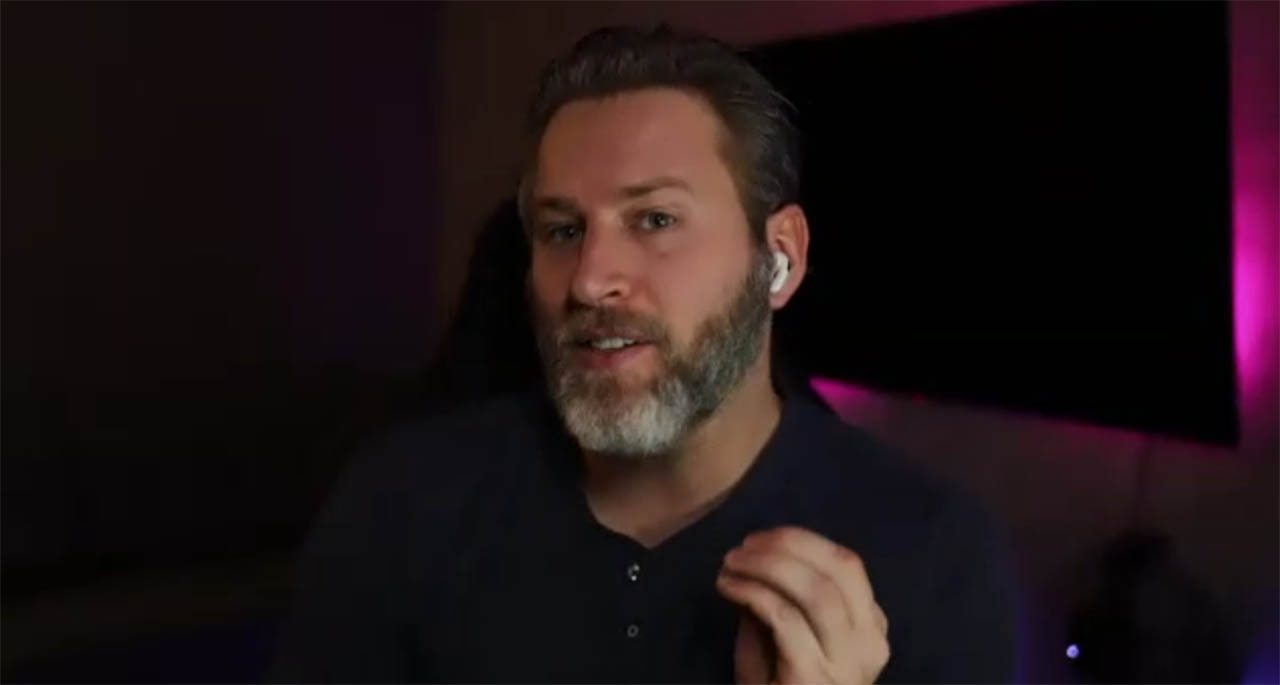 Matthew: To be honest, I still don’t understand the game. ‘Crazy Ball’ being explained to you with foam between your ears… I got the dodge ball, I get the thing hitting the air. That scene was absolutely hilarious to film, and so much fun. That was the most time I moved around in a monster suit. It needed repairs (afterwards). And this is the first time we just wanted to go wild. So I took out a lot of aggression with those dodgeball-like scenes and I picked off both Owen and Anita a couple times and that felt glorious. A good time. I hope we revisit ‘Crazy Ball’.

Shane: What has been the highlight of your career so far?

Matthew: I think the highlight… every movie we do is a highlight . PG was such an eye opener and being able to work with such talented people and learn from them that was like, like, you don’t know what you don’t know and be able to see what they did and how they did it and being on set for like 35 days and just watching over and over again how Steve was doing things and how Chris said his team were handling things was just so good.

So I love when people come on the journey and and I’m hoping that like someday we can make things that are just going to be you know, things that make memories and the way I’ve been shaped by movies. I hope I get to help shape people and be part of stories that really, you know, make people laugh, inspire them like the fact that I got to be PG .PG really made an impact and stuck with people. As an actor, that’s exciting.

It’s so cool to see how PG results with people. Yeah. 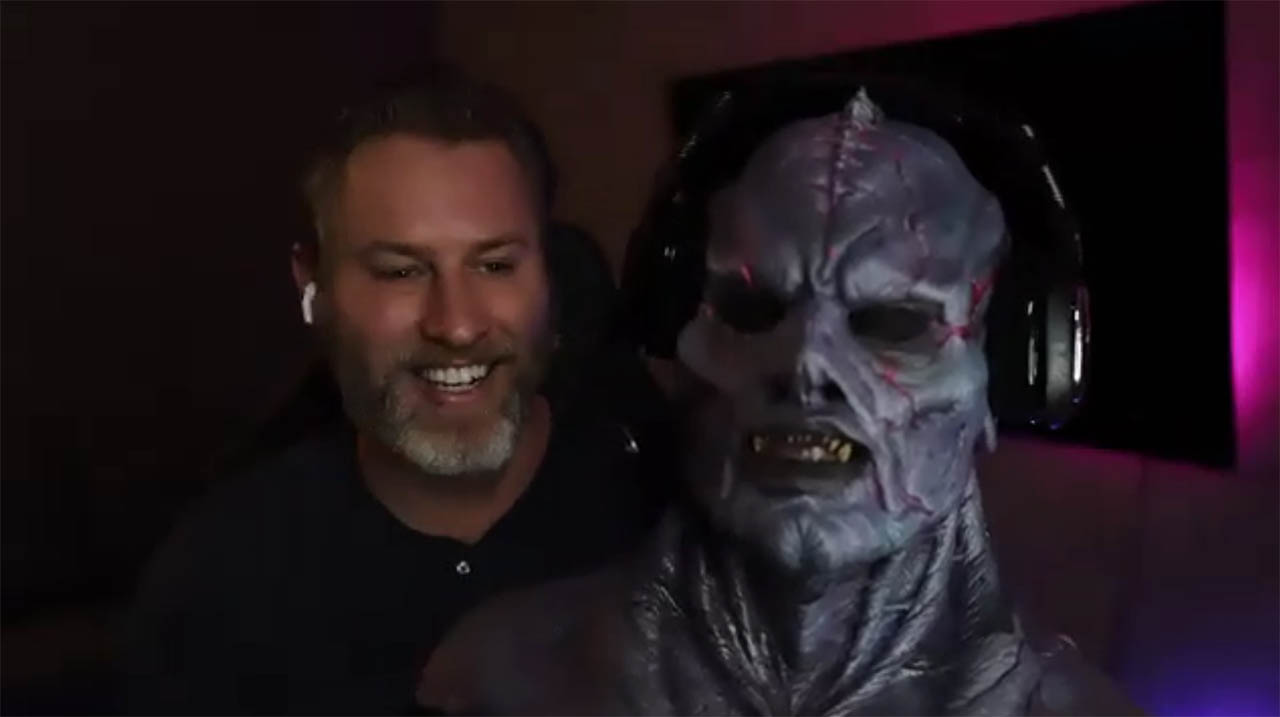 Shane: Psycho Goreman is one of those films that it’s a modern day cult classic. That’s how I would sum it up. Okay, so now Death Valley is wrapped up and about to release. What is next for you that you can talk about?

Matthew: So next up, like right now we’re working with a team of writers and we’re just trying to get the next slate of films going. So we have some fun ideas. We have a couple of monster movies a couple of non monster movies and then Steve, the director of PG he’s writing like a madman, the next PG, so I’m hoping that gets picked up and and that we can keep going on this journey. So that’s, that’s kind of what the future is. It’s a little unknown. I’m hoping that people enjoy Death Valley and that we can keep making stuff. Whether that’s filming or being in a monster suit. I don’t really care as long as I get to keep being in this universe. A lot of fun.

Shane: And just on a side note, I did pick up a Resident Evil inspiration from Death Valley.

Matthew: That video game was so much fun and, and again, there’s just a lot of inspirations from from titles that just saved me as a kid growing up. It’s kind of like when you hear someone tell a joke and then you want to tell your own version of it. I love so much about Resident Evil, DOOM, Halo, Gears of War, all those video games and then the movies that go along with it.

Shane: If you had to describe Death Valley in only a few words to someone, what would they be?

Death Valley releases on December the 9th, 2021 exclusively on Shudder. Filled with action, mayhem and monsters. Don’t miss it!