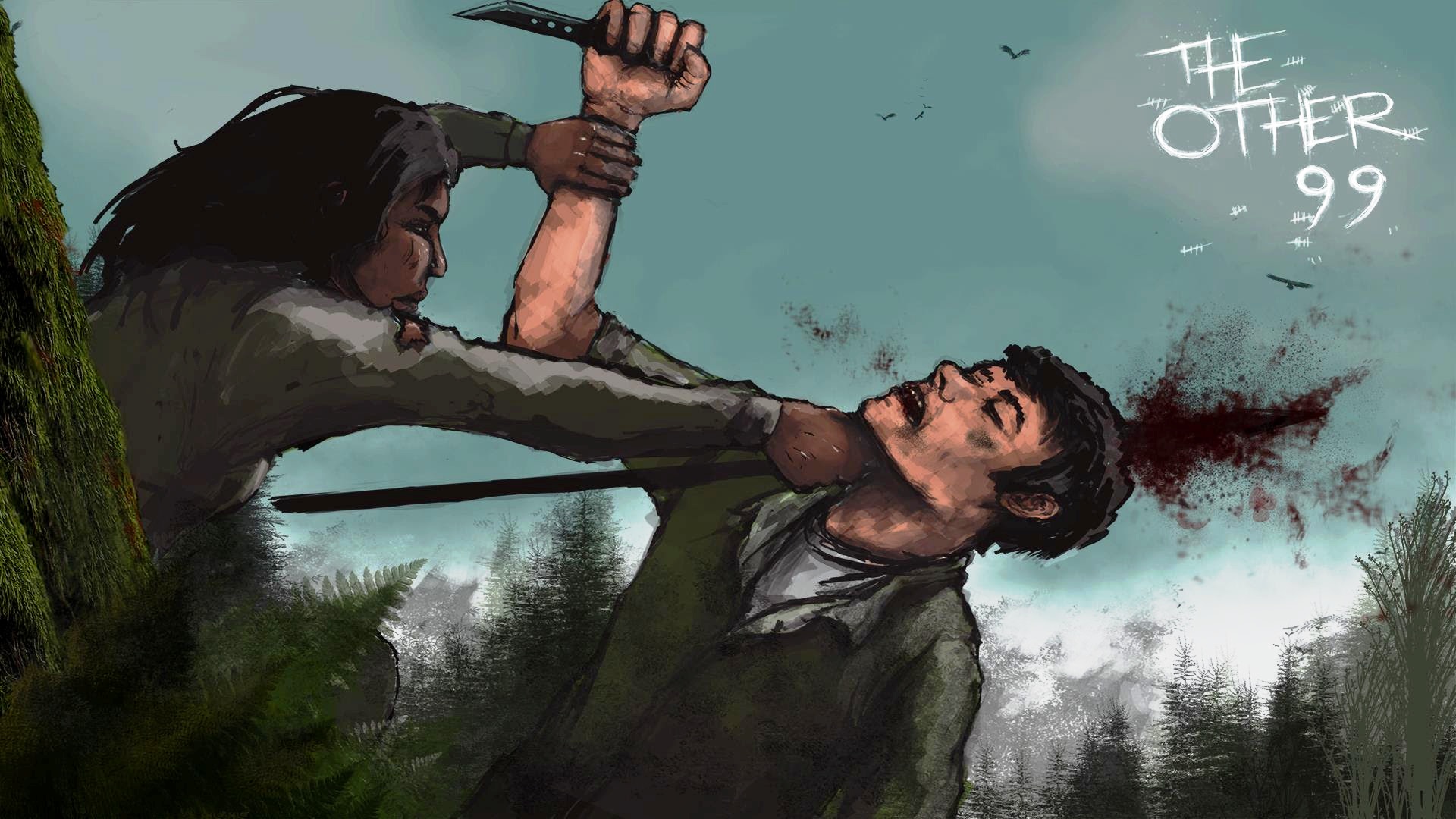 You wake up alone on an island, a watch strapped to your wrist, but the only thing it shows is a number. 99. You have nothing else on you except the clothes on your back. It is dark. It is raining.

But you also have some information. You have a note. It says that “the only way off the island is through the other 99”.

Occasionally the number on your watch counts down. You understand. You go exploring; the watch must count down.

The “other 99” are on the island in a Lord of the Flies meets Hunger Games survival scenario. A first person survival horror, it is your mission to survive, and perhaps to escape. In this open world you can run across the entire map from the beginning (though the whole island hasn’t been finished or included as yet). 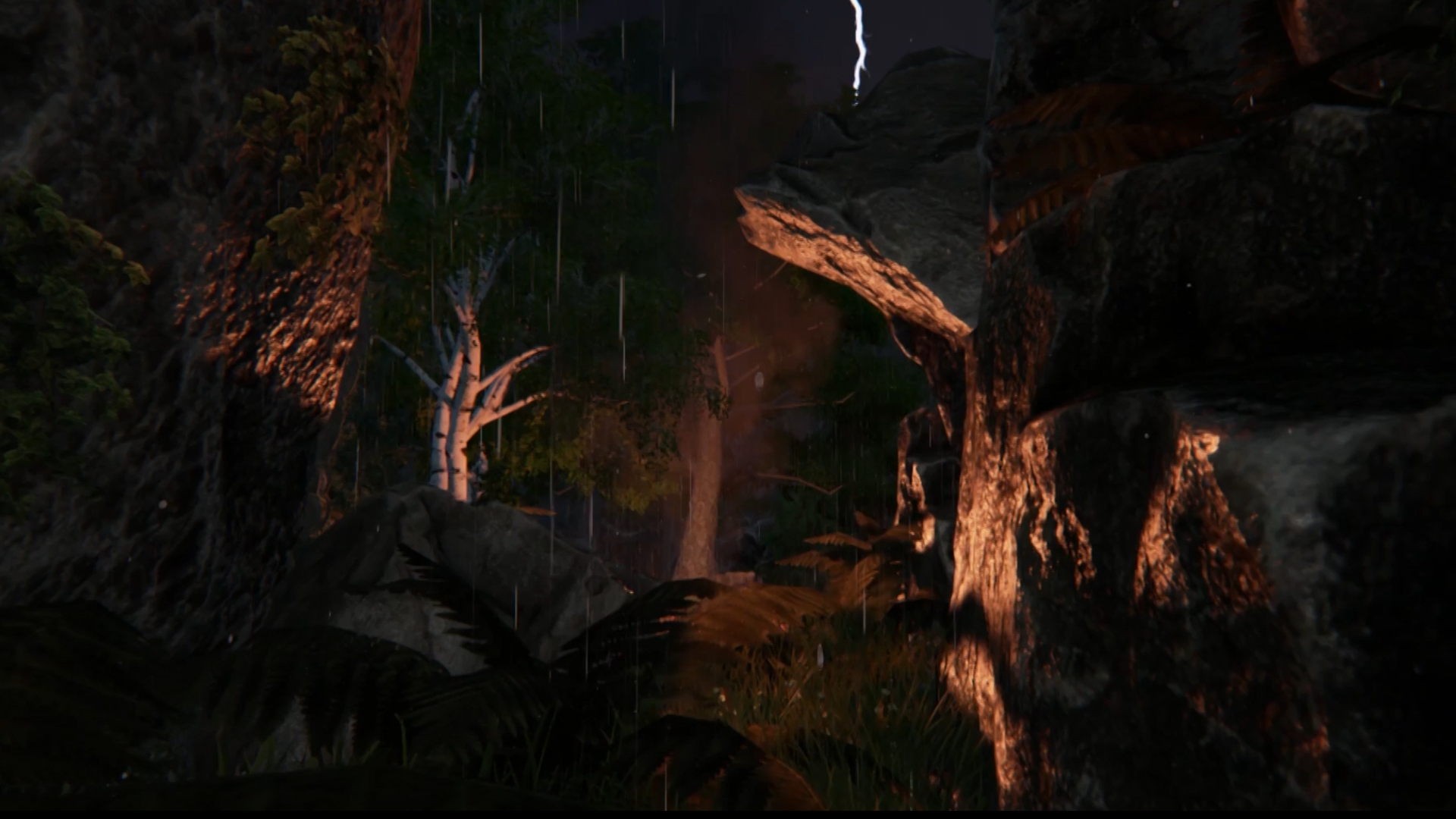 It’s a compelling set up. There’s a quite a large area to explore. And you must become familiar with it if you are to survive long. At present with no save system yet implemented the game is effectively a play-once hardcore permadeath simulator. The island abounds with scribbles on walls, mysterious camps, installations and hidden secrets.

And while you will be the cause of the very large majority of the watch’s countdown, AI can kill one another too. It’s quite ominous to hear the watch beep down a number when you are exploring an abandoned or empty area by yourself. It’s a reminder that you are not alone nor as free as you think you are.

Unfortunately, that’s where the good in The Other 99 ends, at least at the moment. There’s no sneak or stealth mechanic yet, so all enemies instinctively know where you are and attack you automatically, even if you hiding in bushes in the middle of the night. I hope that it will be added in the near future because you want to avoid combat as much as possible. 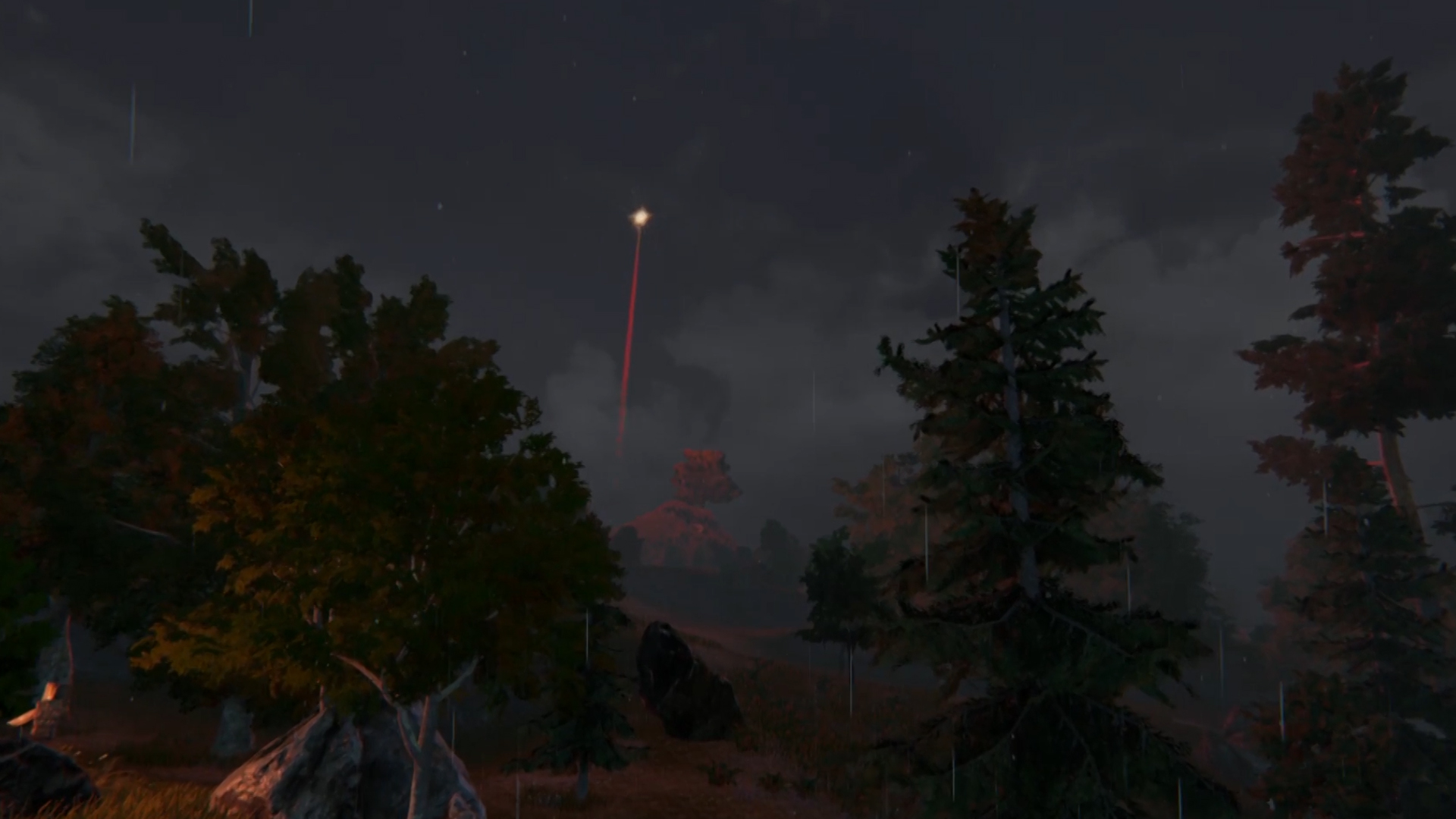 The combat is utterly terrible. To attack you first have to lock onto your enemy, then swipe your mouse at them to attack. Why it’s not just mapped to left click I don’t know. It’s only slightly better on controller where you move the right joystick around to swing around your chosen weapon.

The concept is interesting, but it feels as if they are tackling a problem that has already been solved. It makes sense that different weapons should be used in different ways but wiggling around your mouse (which only worked some of the time anyway) is not the way to achieve innovation in attack mechanics.

Fortunately,The Other 99 is still in development, so there is plenty of time to give serious consideration to removing or overhauling combat before release. The only option they can’t take is to do nothing. Combat simply isn’t good enough yet and to release it as at present would be perilous to its success. 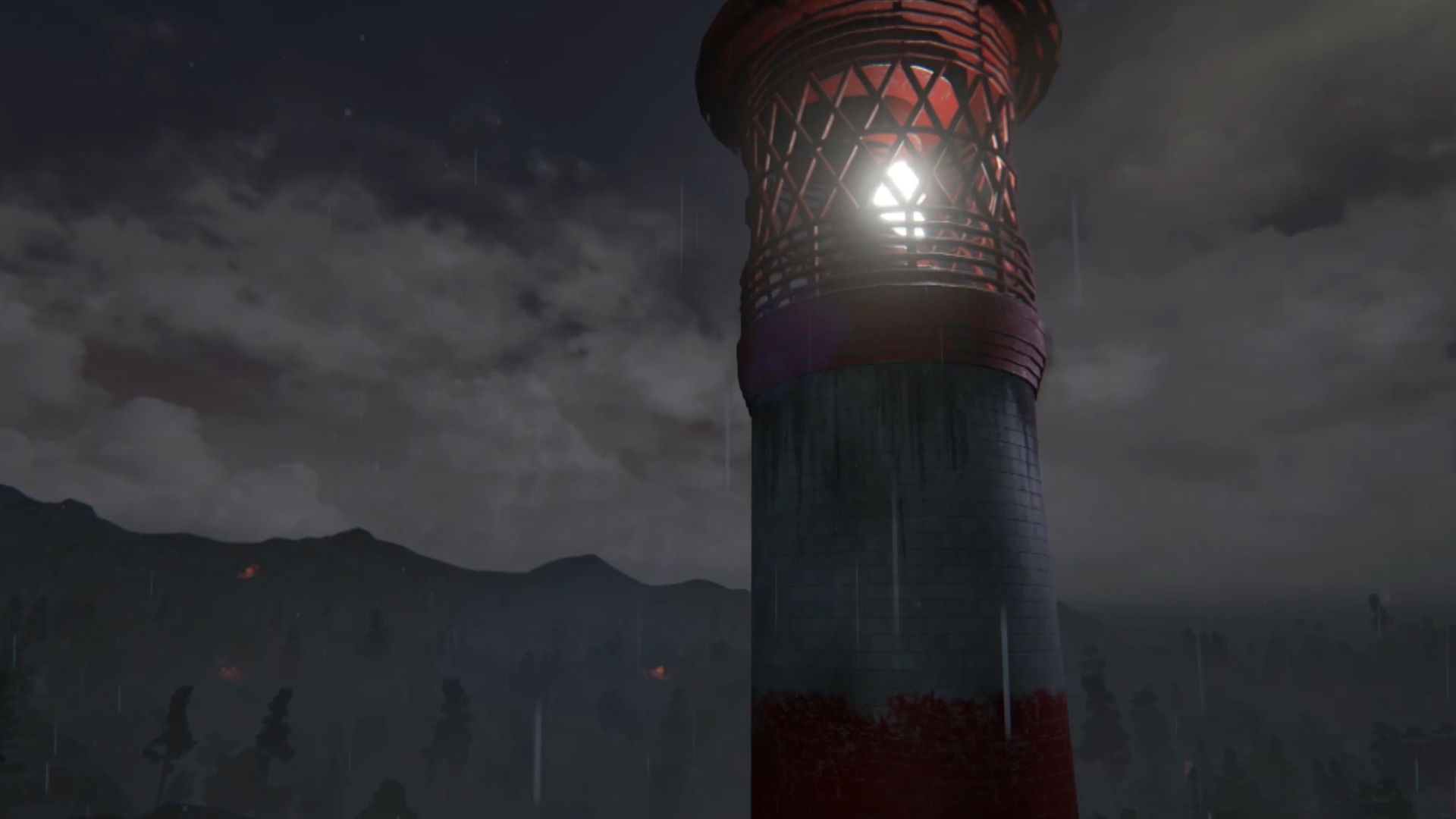 And as complicated as it is to perform, mechanically it is overly simple as well. Counter attack when your enemy swings, then swing or stab your weapon. Rinse and repeat a dozen times and you win.

Yet attack is your only option – there’s no trading, bartering, dialogue nor co-operation options. Fortunately, you can run away from most encounters, though enemies can guard valuable supplies you need to restore your health and thirst.

As far as I can tell there’s only one enemy model as well, all with the same attack animations. This ends up being quite bizarre after about the tenth enemy – like there has been some bizarre cloning experiment of middle aged cockney men in various stages of undress going on in the island. 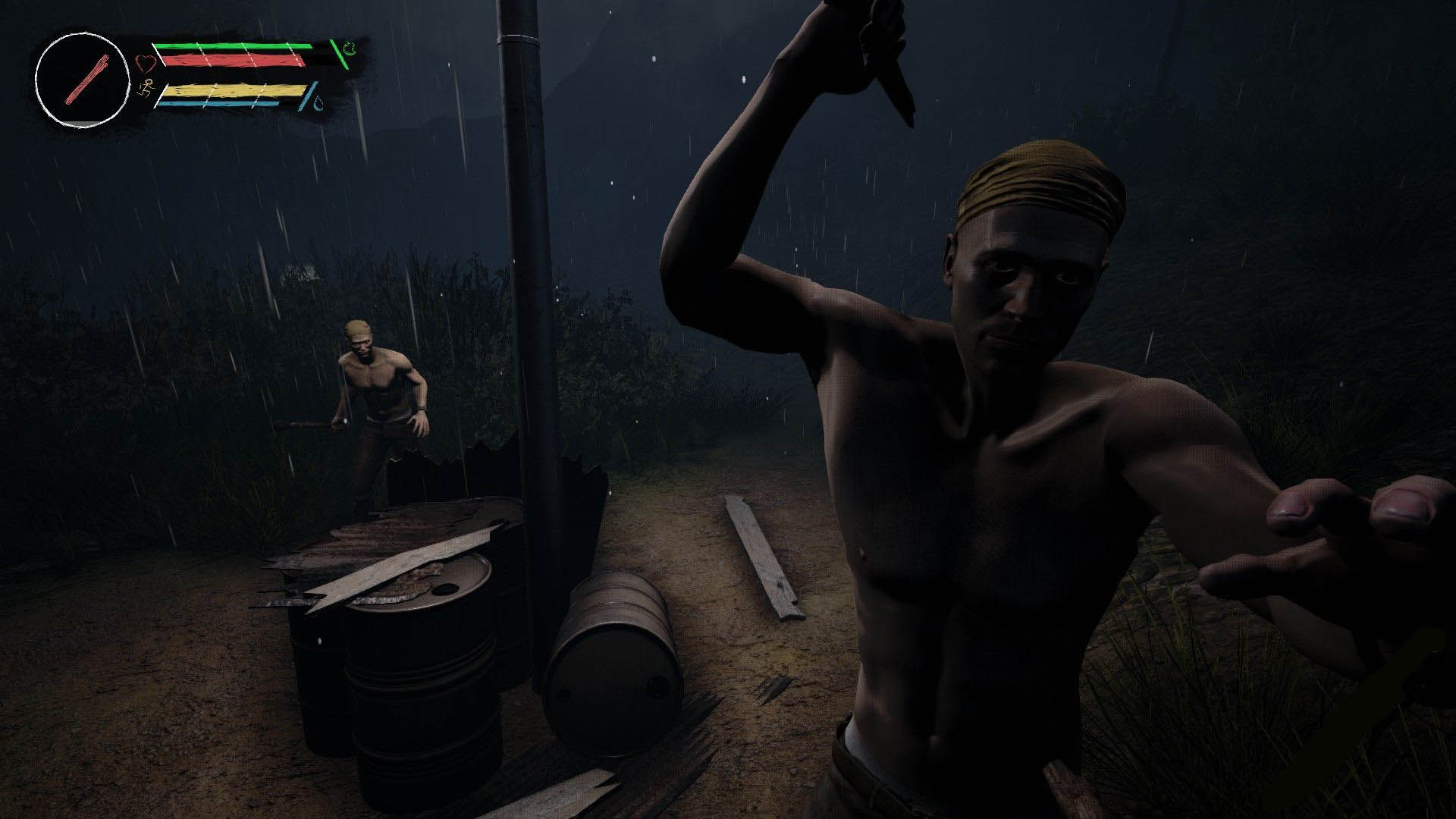 There’s also the pet peeve of mine – mapping “sprint” to holding in a click of a controller stick (the left one in this case), particularly when you need that same stick to navigate.

Optimisation too needs quite a bit of work. My GTX 1070 could not maintain 1080p/60ps even with the anti-aliasing turned down and settings on the second-highest level, high. While it is still early in development I can’t imagine what it’s like on weaker hardware.

Crafting is set to be added to the game, and I can see this substantially changing up how powerful you are. The system is non-existent at the moment save for a menu option, and it will be one of the more interesting elements in the game’s later development. Along with a save system it will bring some features which are much needed. 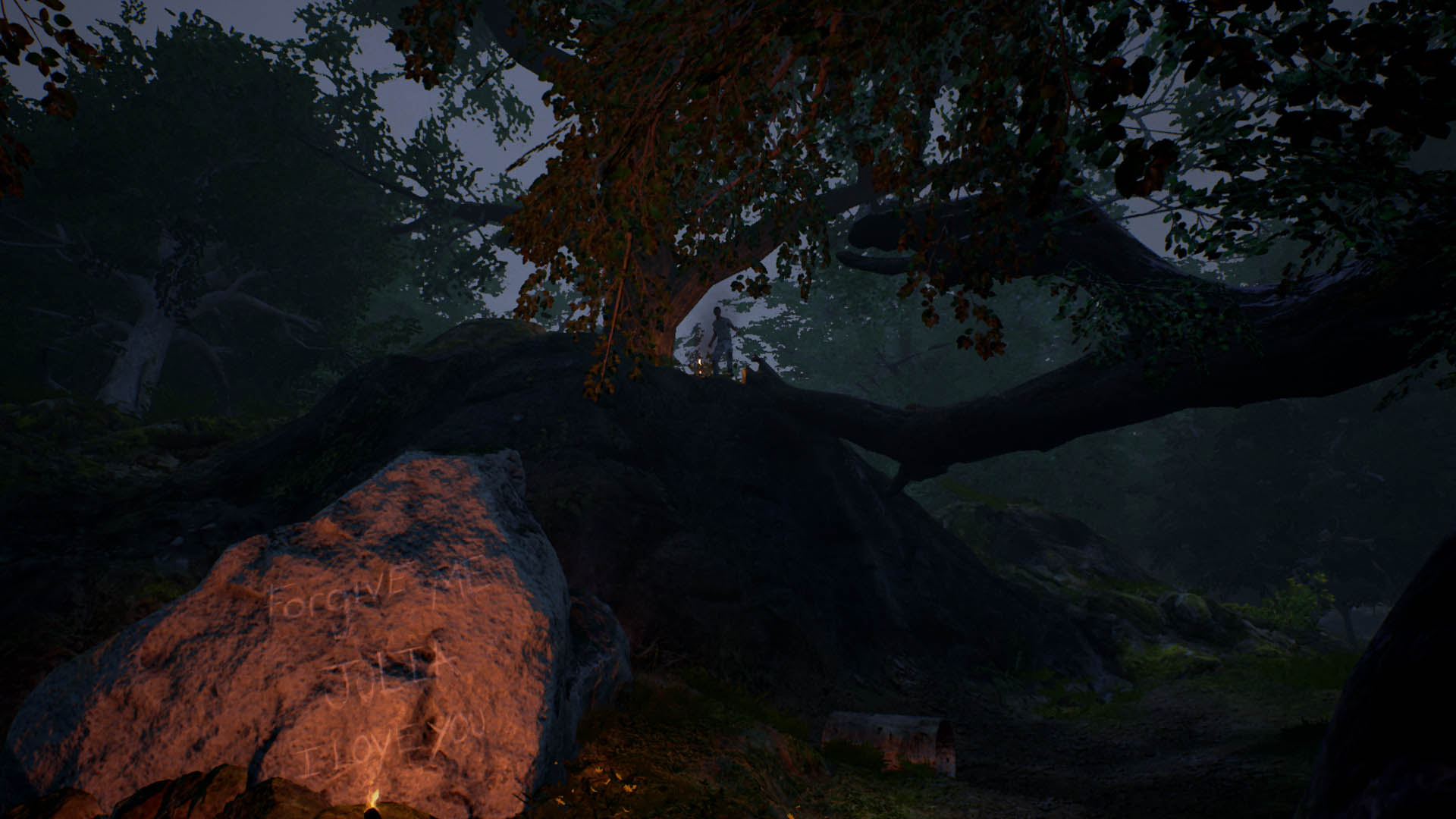 The Other 99 has to answer three questions: Can I see potential for it to be good in the future? Is there enough now to be enjoyable? Would I recommend it now? While the concept is sound, I feed that the developers need much more time to build some of the more basic elements of the game before it can be truly enjoyable. On the other hand, releasing it now to a playing (and paying) public helps to give them some feedback on some of the more problematic areas, ones that probably seemed exciting in the office and during playtesting, but once exposed fall apart under scrutiny.

The developers, Burning Arrow, have a clear development schedule in front of them, which is commendable and shows a level of maturity not found in many Early Access games. Yet sticking to it while folding in feedback from the community will not be an easy task. Unfortunately, right now, unless you want to be actively involved in shaping the game’s development, there’s not enough for me to recommend The Other 99. Keep it on your radar, but in the meantime, the other 99 games in your backlog call.