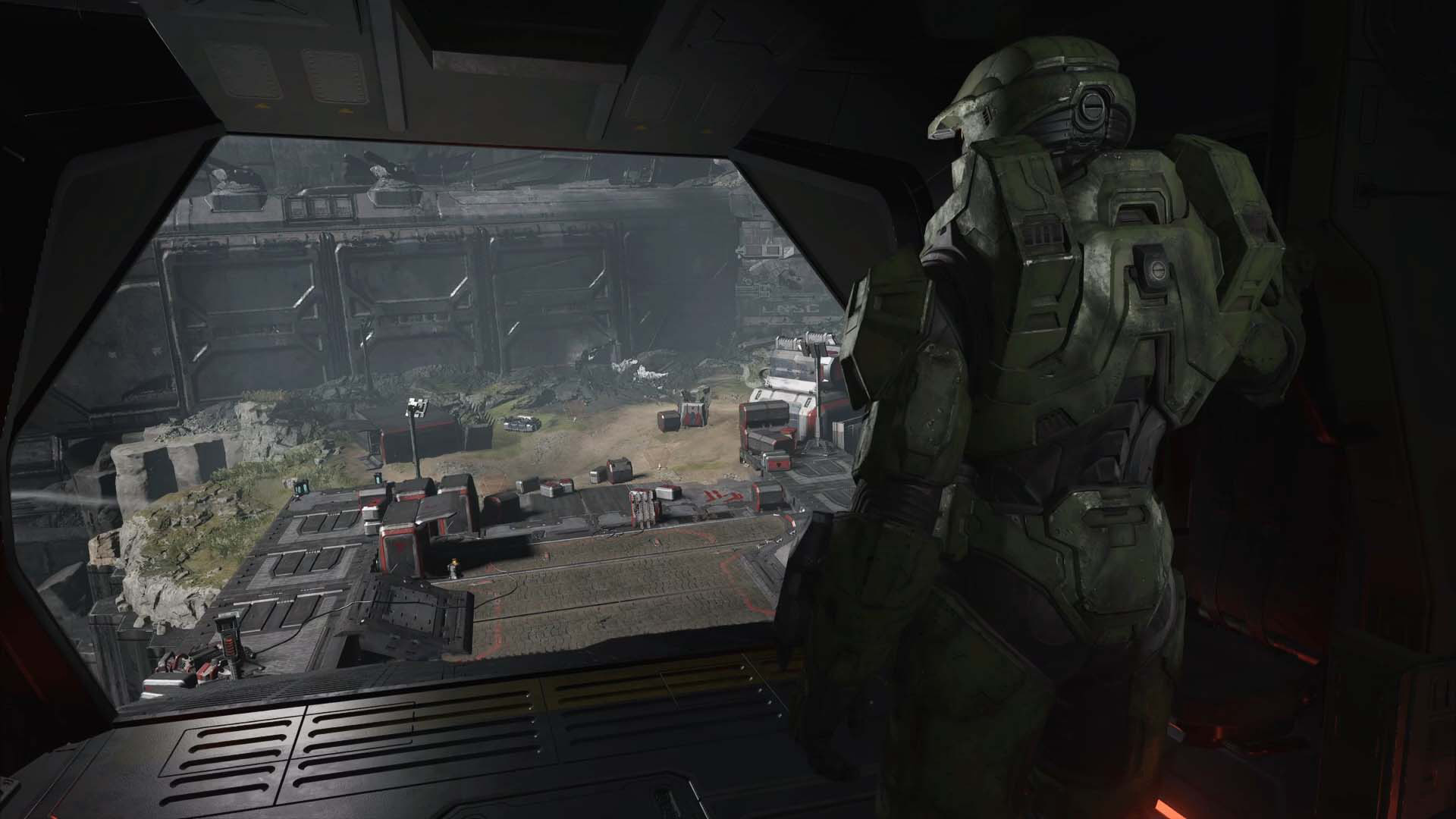 Unless you’ve been living under a rock, you will be aware that the Halo Infinite multiplayer mode is now available for all Xbox owners, free to play.

If the truth be known, I wasn’t overly enamoured by the last couple of Halo games.

They were good, but they lacked the mystery of the earlier games (or the uniqueness of Reach and ODST). For me, Halo is about the exploration of ancient installations across vast landscapes around a gigantic Halo suspended in space. 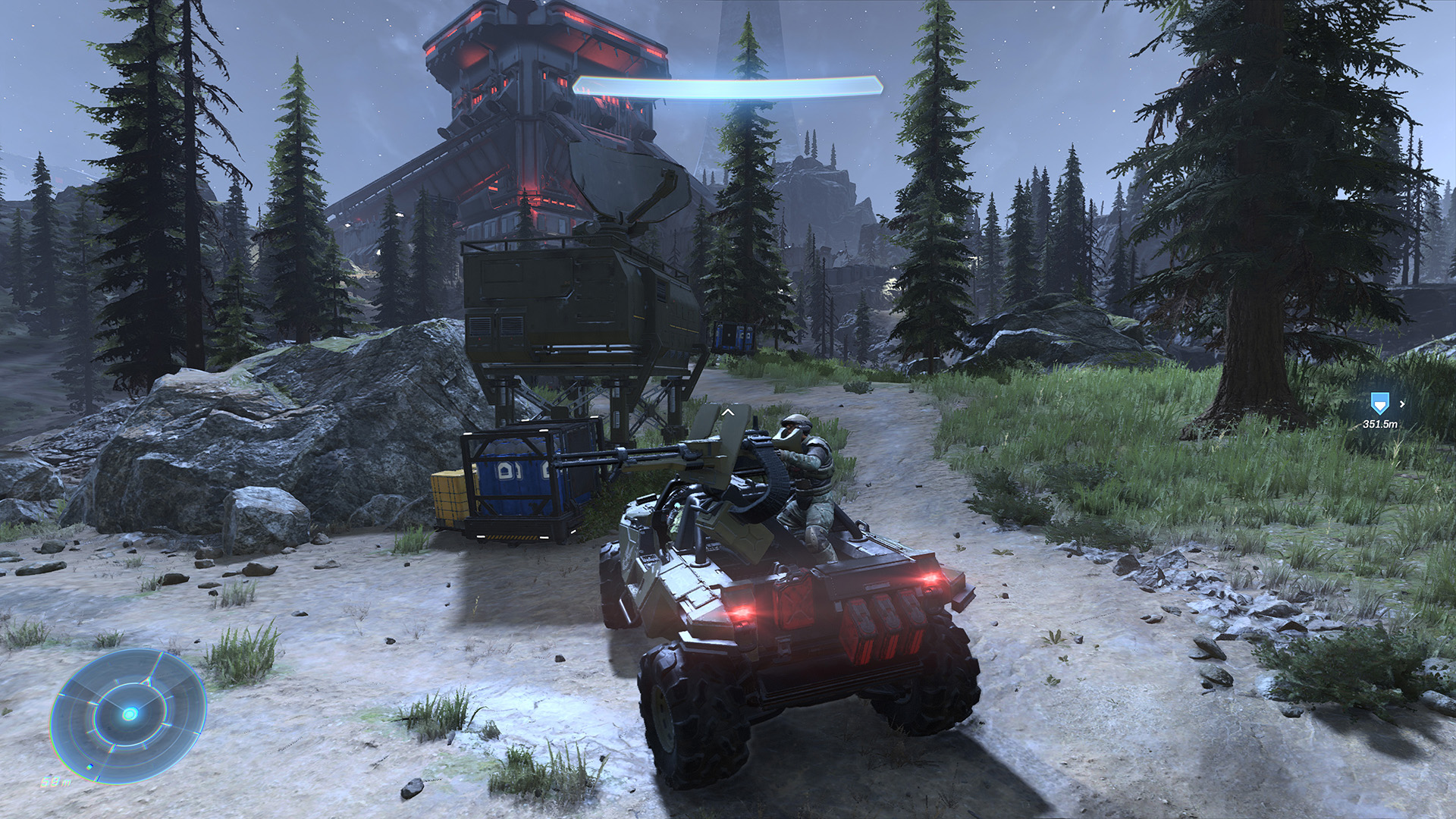 Throughout five main games and numerous spin-offs, as well as novels, comic books, and videos, Halo is a deep and storied mixed-media franchise. The premise involves a human conflict with an alien collective known as The Covenant, an ancient civilisation known as the Forerunners, and the mysterious structures that they left behind, most notably the titular Halo ring-worlds.

For the most part, the Halo games focus on Master Chief, John 117, a cybernetically enhanced human. Picked as children they were bred to be warriors and encased in an exoskeleton suit, the Spartan Mjolnir armour. The Spartans fought alongside UNSC Marines against The Covenant at the start of the war, with John 117 being the last surviving Spartan by the time of the first Halo game. 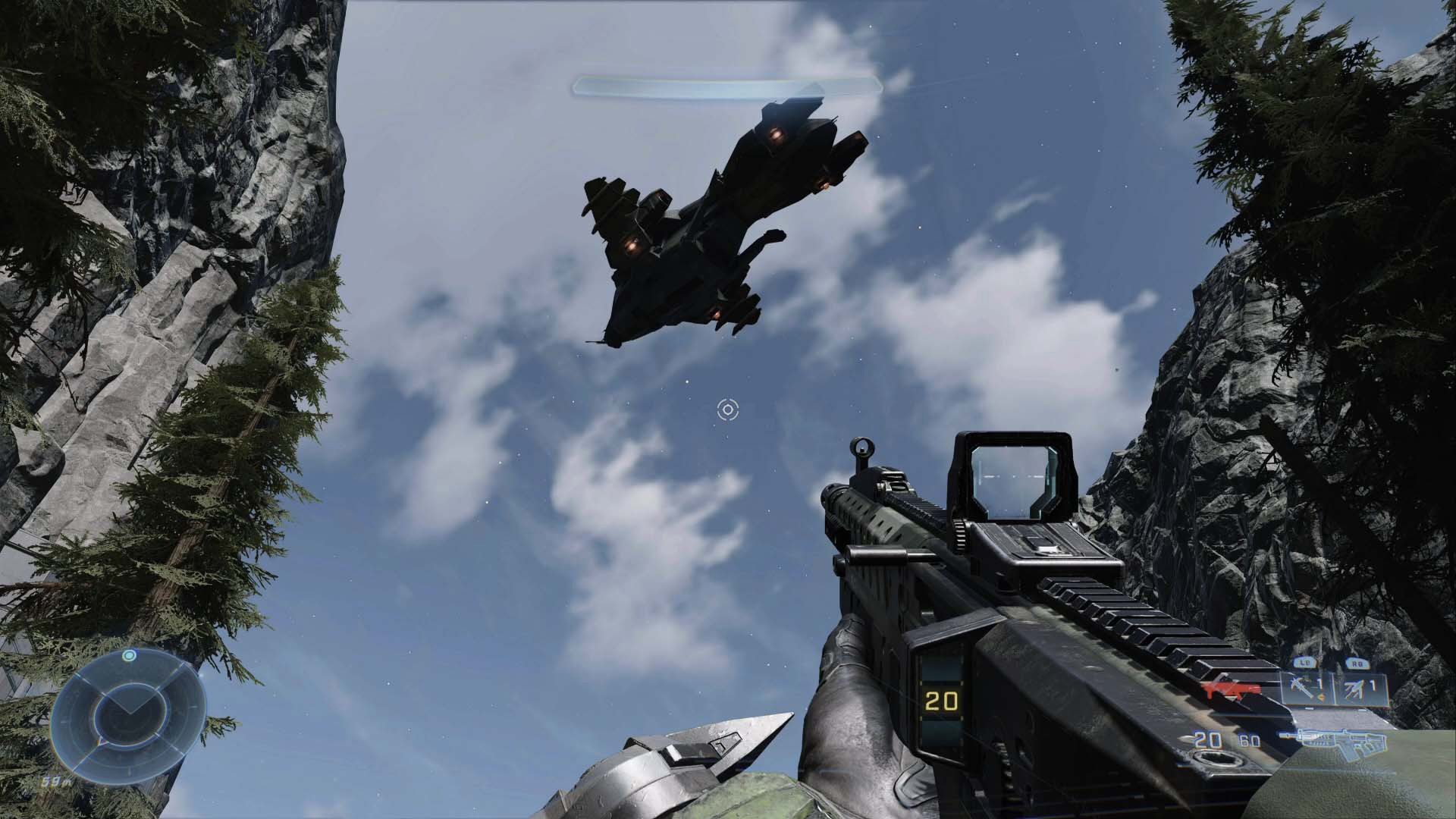 Halo Infinite starts with a defeated Master Chief being jettisoned into space. Sometime later the pilot of a pelican comes across the Chief’s lifeless body drifting in space close to a damaged Halo. The pelican is captured and drawn into the Banished warship, Gbrakkon. Halo Infinite bought back those original memories of Master Chief fighting his way through a starship before stepping foot on a familiar, but alien, world.

The Banished, a rogue offshoot of the original game’s enemies, The Covenant, have destroyed Earth’s UNSC Infinity super-carrier. They now want to activate the Zeta Halo which will cause cataclysmic destruction.

Aided by the pilot and an AI avatar known only as Weapon, Master Chief must shut down the Banished’s plans on the surface of Zeta Halo. The Halo Infinite campaign story is an epic bit of science-fiction that continues to develop and build upon the very detailed lore of the series. 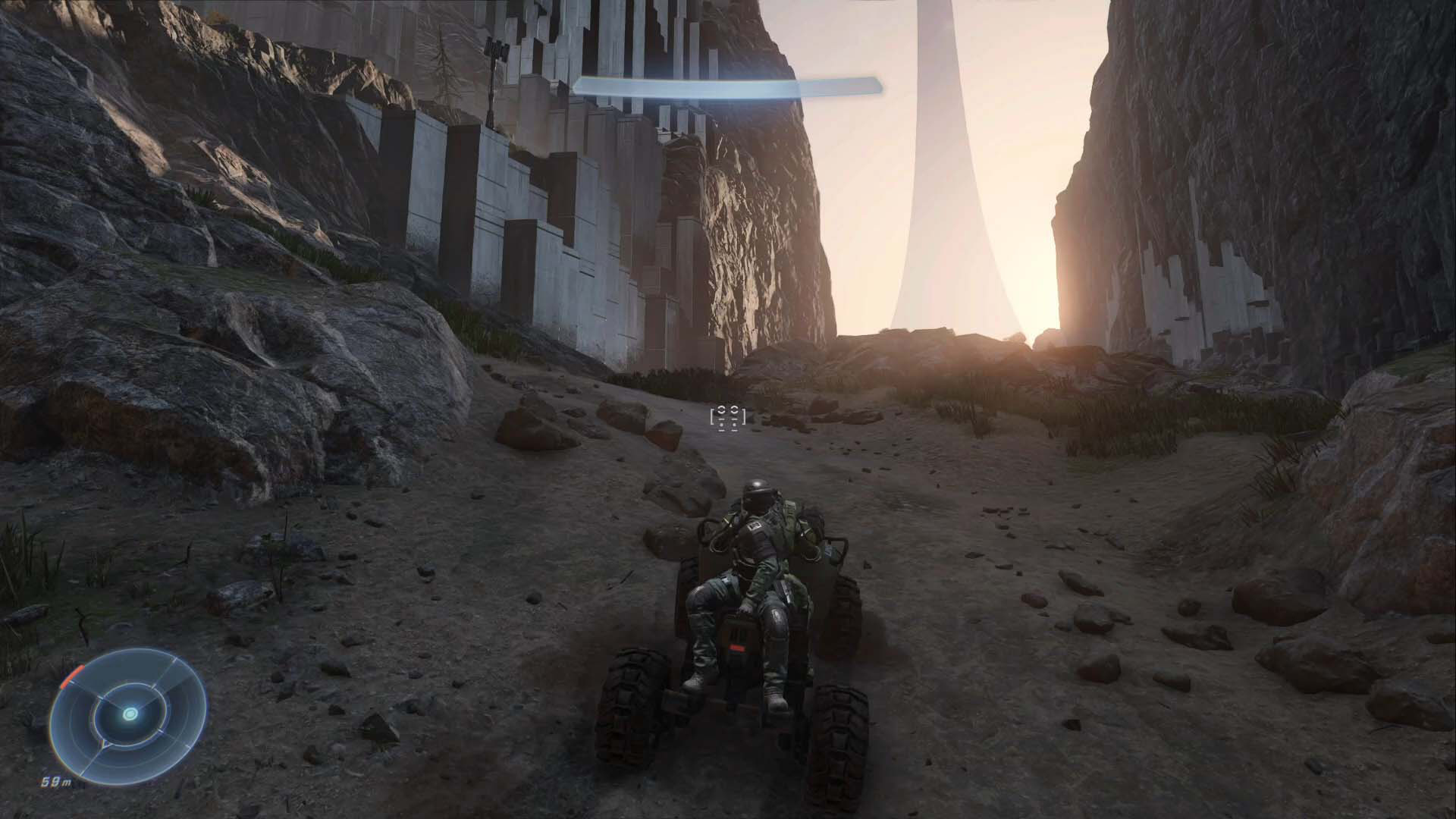 What must be the biggest departure for the game for its predecessors is the open world. Whilst Halo games have traditionally given players a wide space to play in, the game has players following a linear route. This time players give to explore the surface of the Halo at their leisure. The game world is a damaged part of the Halo ring.

There are gulfs of space between the different areas craftily controlling players’ access.

There are main missions that advance the story and open up the world. There are also sides mission, such as helping UNSC squads under attack. Dotted across the landscape are some UNSC forward operating bases that have been captured by the Banished. Liberating these unlocks further side missions in the area and provides fast-travel locations as well as equipment and vehicle provisioning. There are collectibles to find as well. Some upgrade Master Chief’s abilities and armour. Some provide items that can also be used in multiplayer mode. 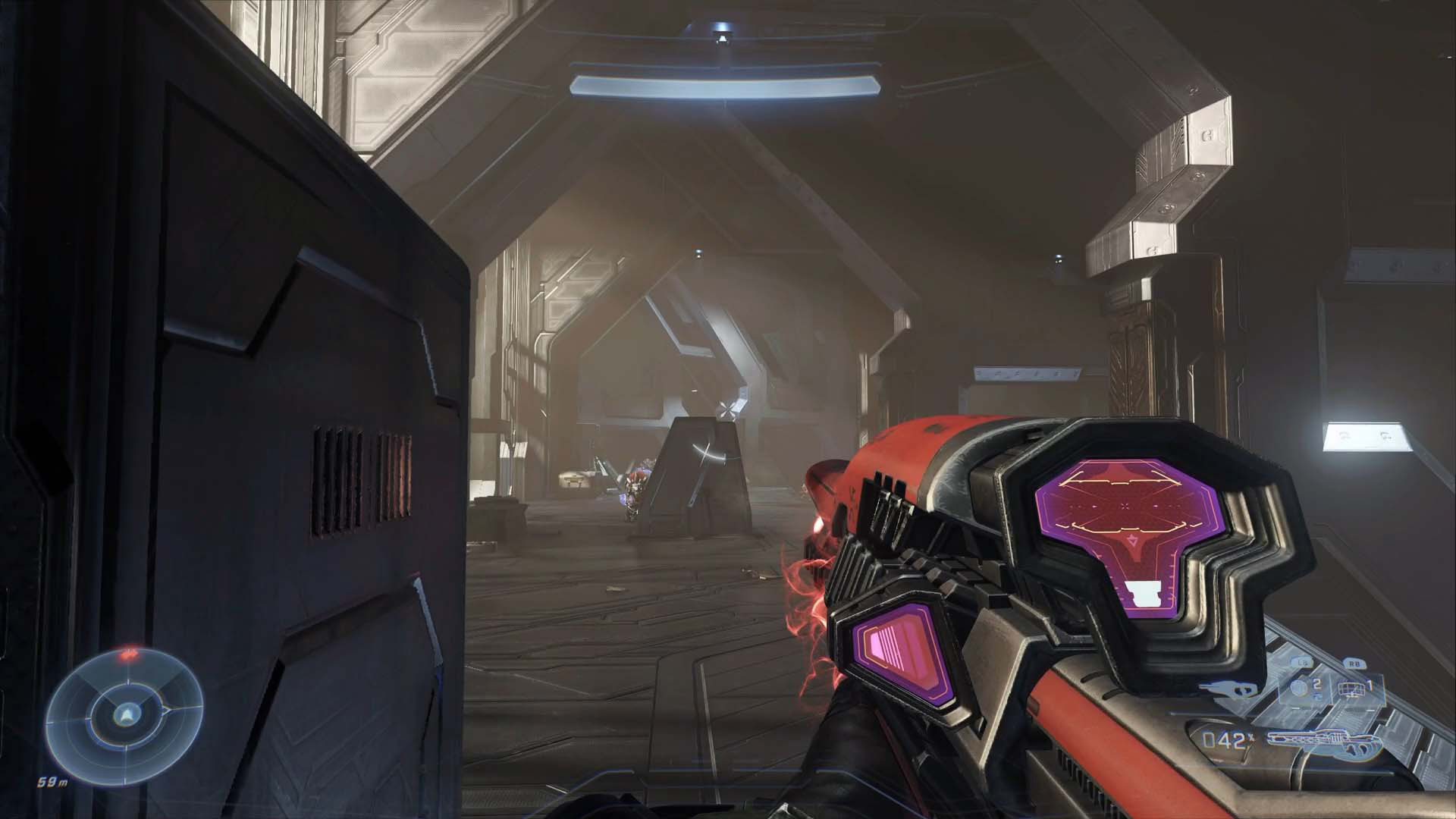 The visuals are rather breathtaking.

The huge vistas look stunning throughout the Zeta Halo’s day/night cycle. Looking up and seeing the ring disappearing into the haze, as well as barely being able to make out the Banished cruisers anchored near the Halo is amazing.

Of course, all this is helped by crisp 4K visuals running at 60fps in quality mode on Xbox Series X. Performance mode will apparently reach 120fps with some reduction in resolution. 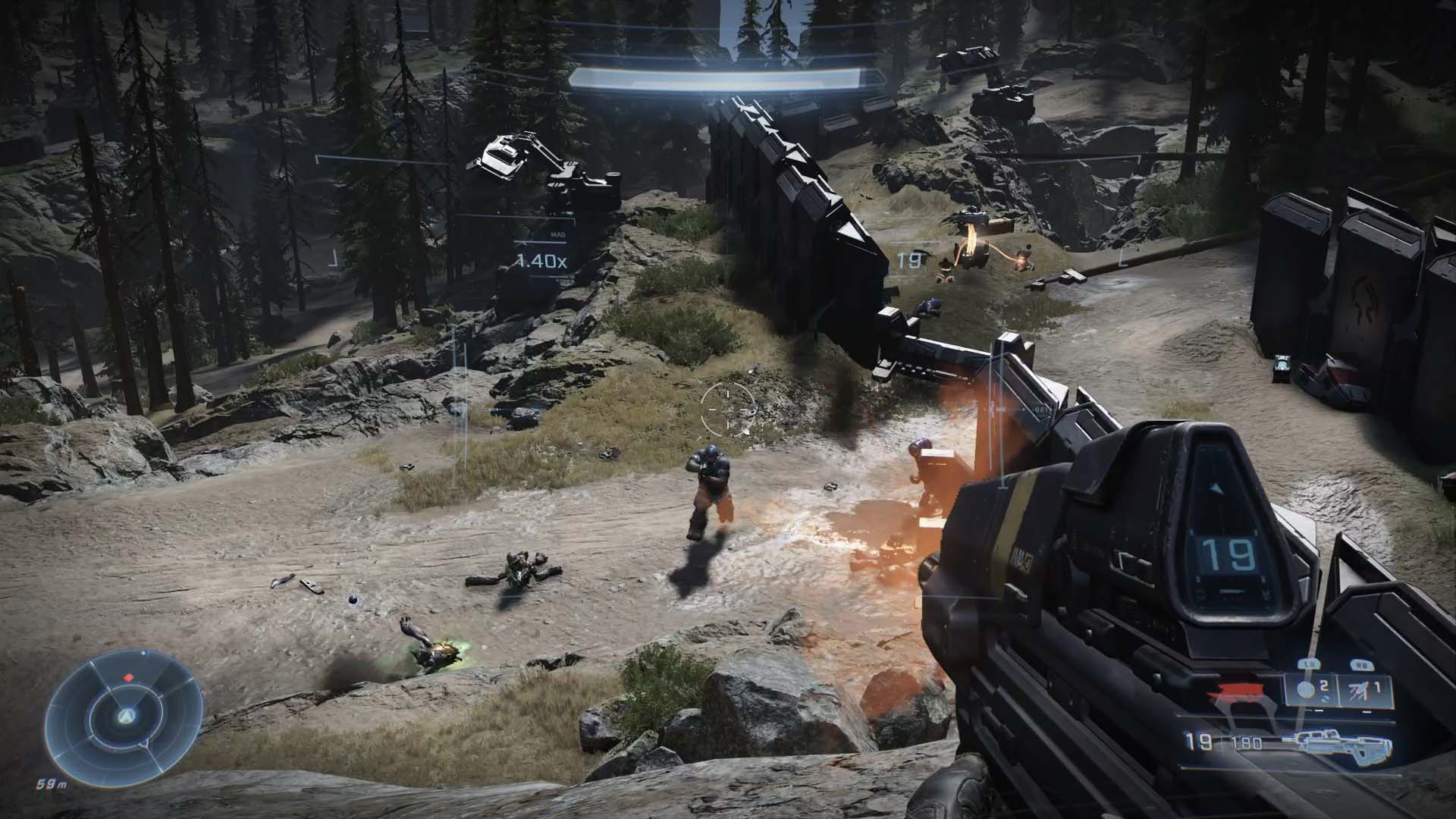 The visual clarity was such that I could easily snipe across long distances without having to zoom in. Similarly, that pin-prick of an enemy on the other side of the gorge will be trying to do the same thing to me.

Enemy encounters are enjoyable and never a chore.

The open-world gameplay on the surface of the Halo creates extra strategic opportunities that would be missing were it a more linear affair. The tools at Master Chief’s disposal, for me the grapple in particular, which allows for some fast vertical combat, again adds more variety to the combat. In the past, I’ve found the Halo games to be a bit of a duck shoot. 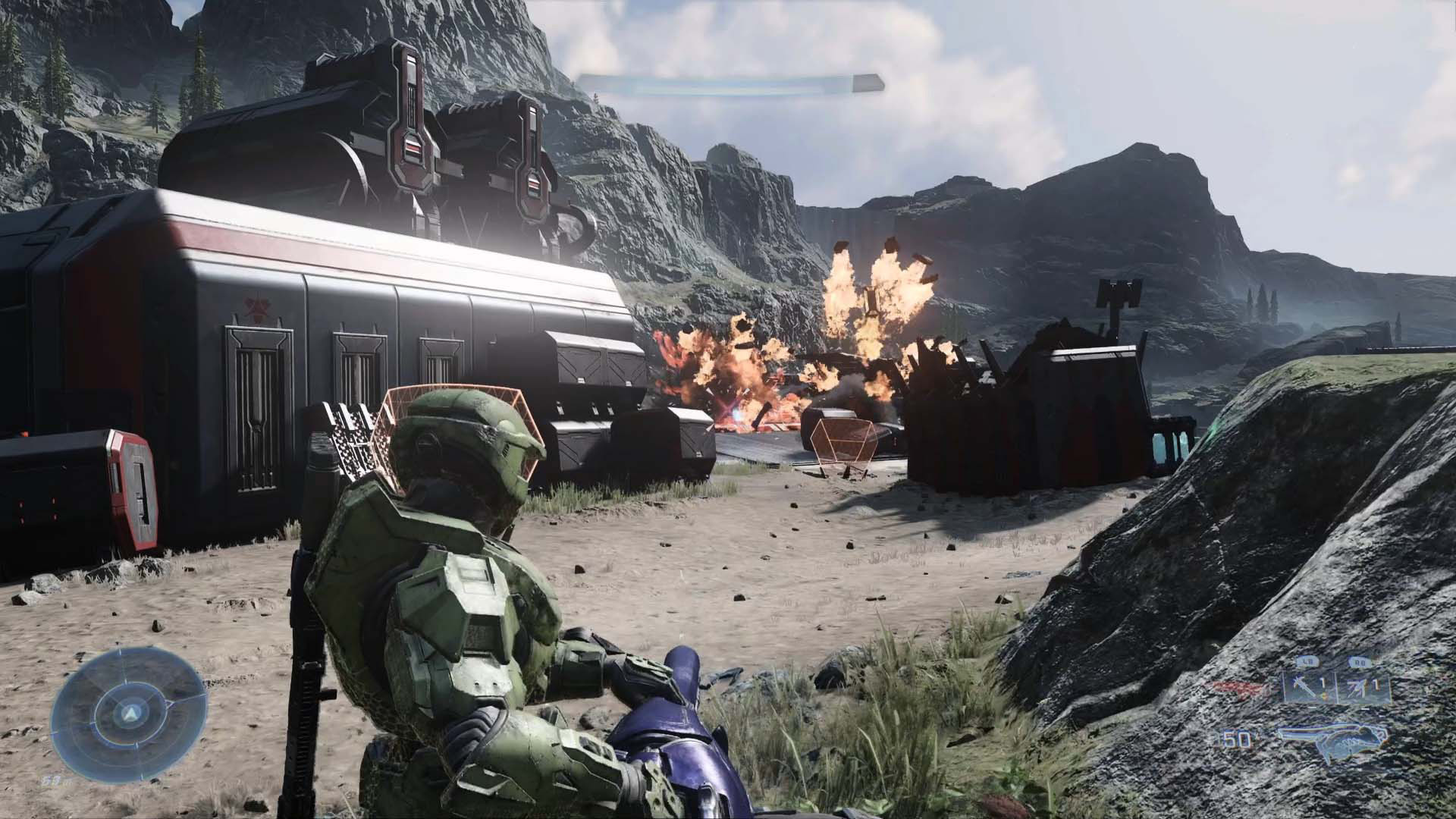 The game is fast and loose with the weapons available, some familiar and some new. There are plenty of ammo replenishers allowing players to keep hold of their favourites, but part of the fun is trying something new. There’s nothing better than defeating a powerful enemy and finishing off their comrades with their own over-powered weapons.

Getting an iconic Warthog dropped off at a liberated FOB will find a detachment of UNSC marines only too willing to accompany you to assist in taking out the enemy on the way to your destination. Warthog jeeps, Mongoose ATVs as well as enemy Banshee aircraft and Ghost attack vehicles, among others can be found in the environments or, in the case of enemy vehicles, jacked from their occupants as well. 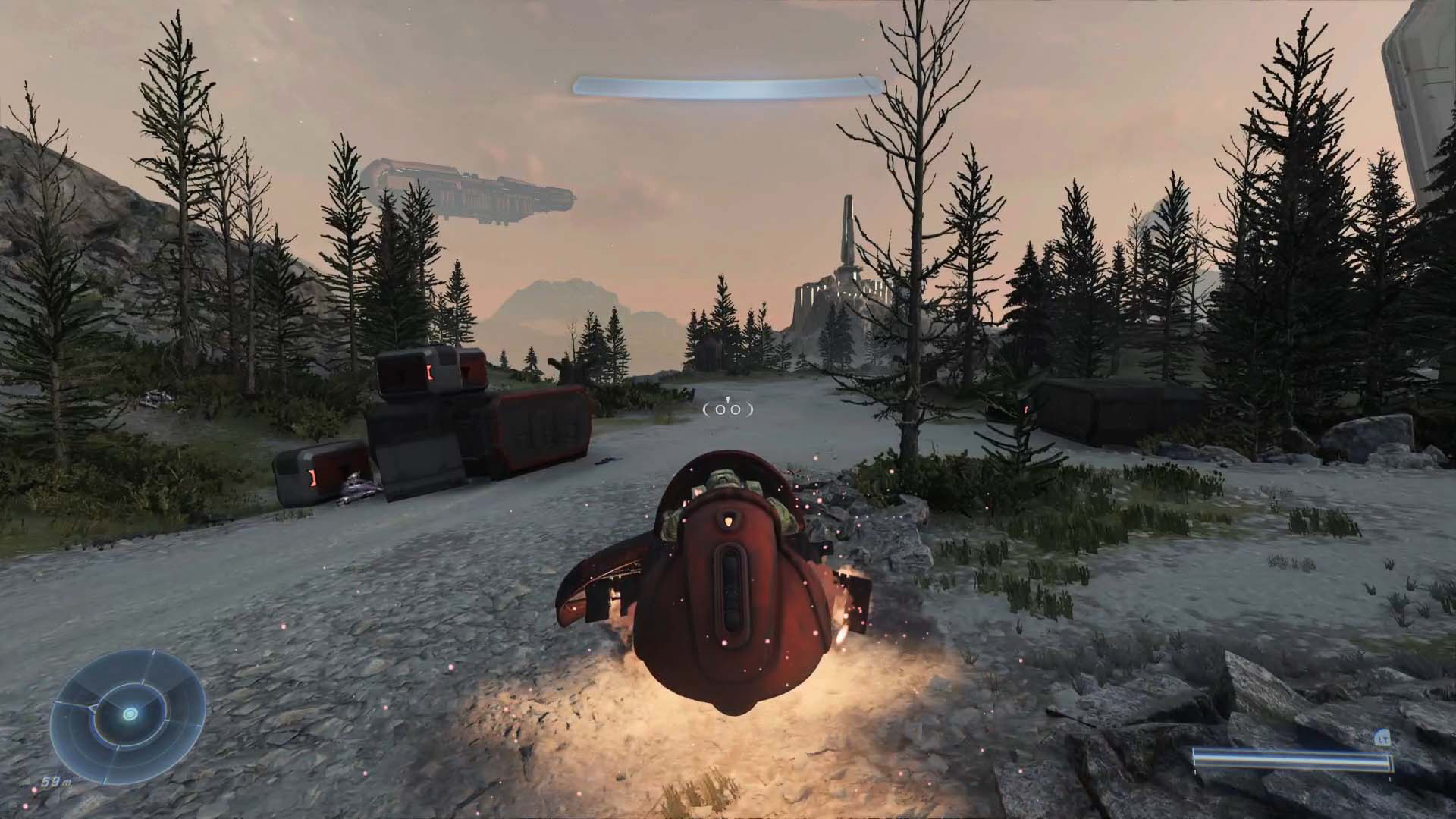 A lot of the game has players infiltrating the ancient sub-structure of the Halo ring. As gorgeous as the surface of the halo is, the forerunner installations do look all very similar.

They always have, being of the same forerunner architecture, but compared to the beautiful exterior visuals their cookie-cutter design style does look a little uninspired.

These interior sections of the game require a different strategy, in often close quarters combat where enemies will flank and outnumber Master Chief. Here abilities like dodge and the portable shield come in handy.

The game features a host of familiar enemies from the skittish Grunts to the formidable Hunters. To be honest, the enemy AI is still not spectacular, many seem to use the same movement algorithms as the original game (and as seen in Bungie’s Destiny games, as well). Enemies rely on their number, being bullet sponges and wielding powerful weapons over actually behaving intelligently. 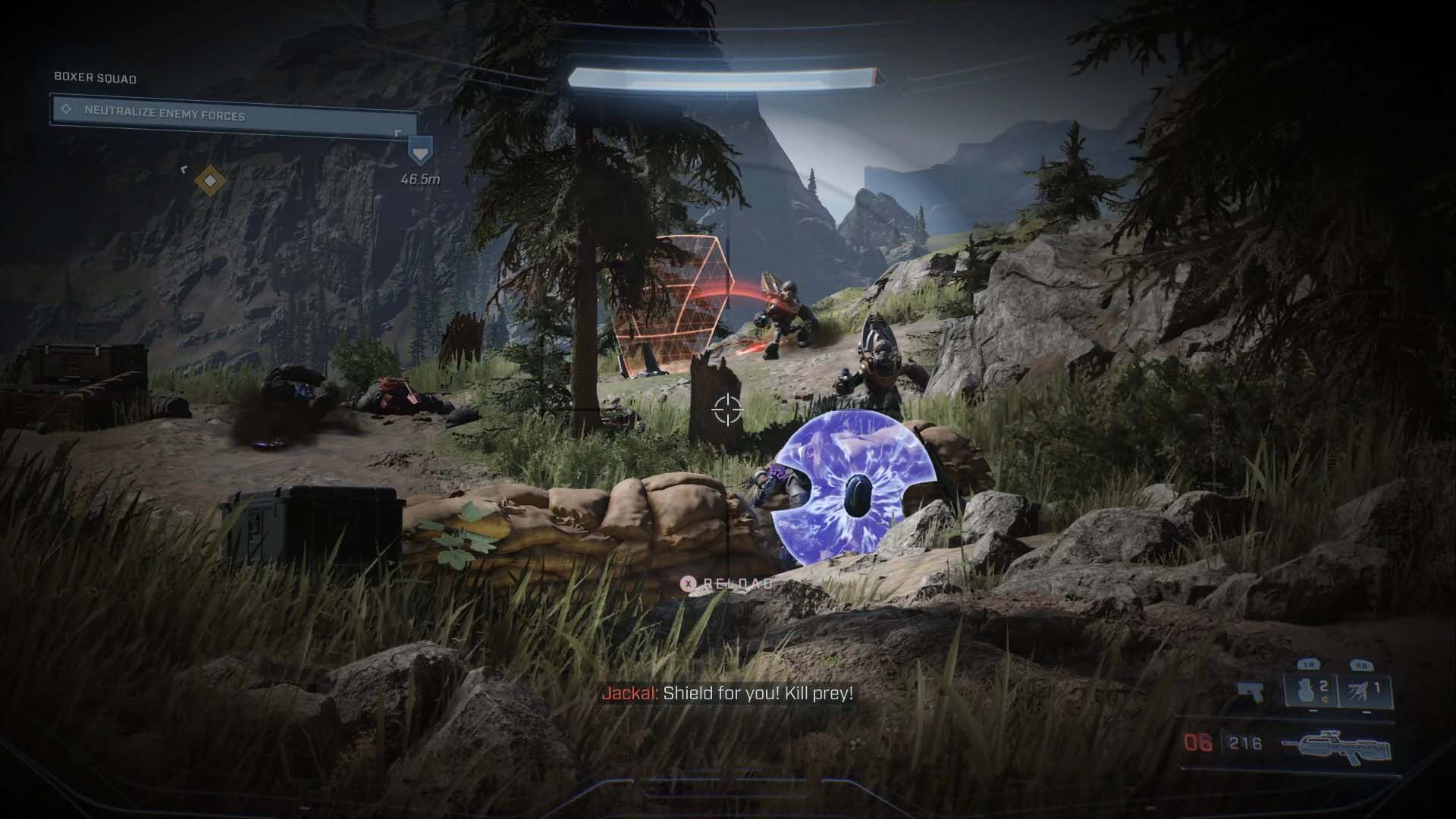 But this has been the same with every Halo game and to change it would radically alter the gameplay dynamic. The enemies are still dangerous, especially if you crank the difficulty up. The bosses, as well, can present quite the challenge, although boss battles on the surface at least allow a bit of breathing room.

Playing the game on a time-limited pre-release Xbox review build meant that I was unable to see how the game performs on PC. I hope to test this post-launch as well as performance on an OG Xbox One.

Being a pre-release review built, there were some minor issues that I noted.  On occasion, during in-engine cut-scenes the console seemed to struggle a bit, there was also some issue with lip-syncing. Whilst the overall experience I had is likely to be on par with that of the retail release, I’d expect these non-gameplay-related issues to be patched sometime in the future.

It is a shame though, for what is otherwise a very polished game. 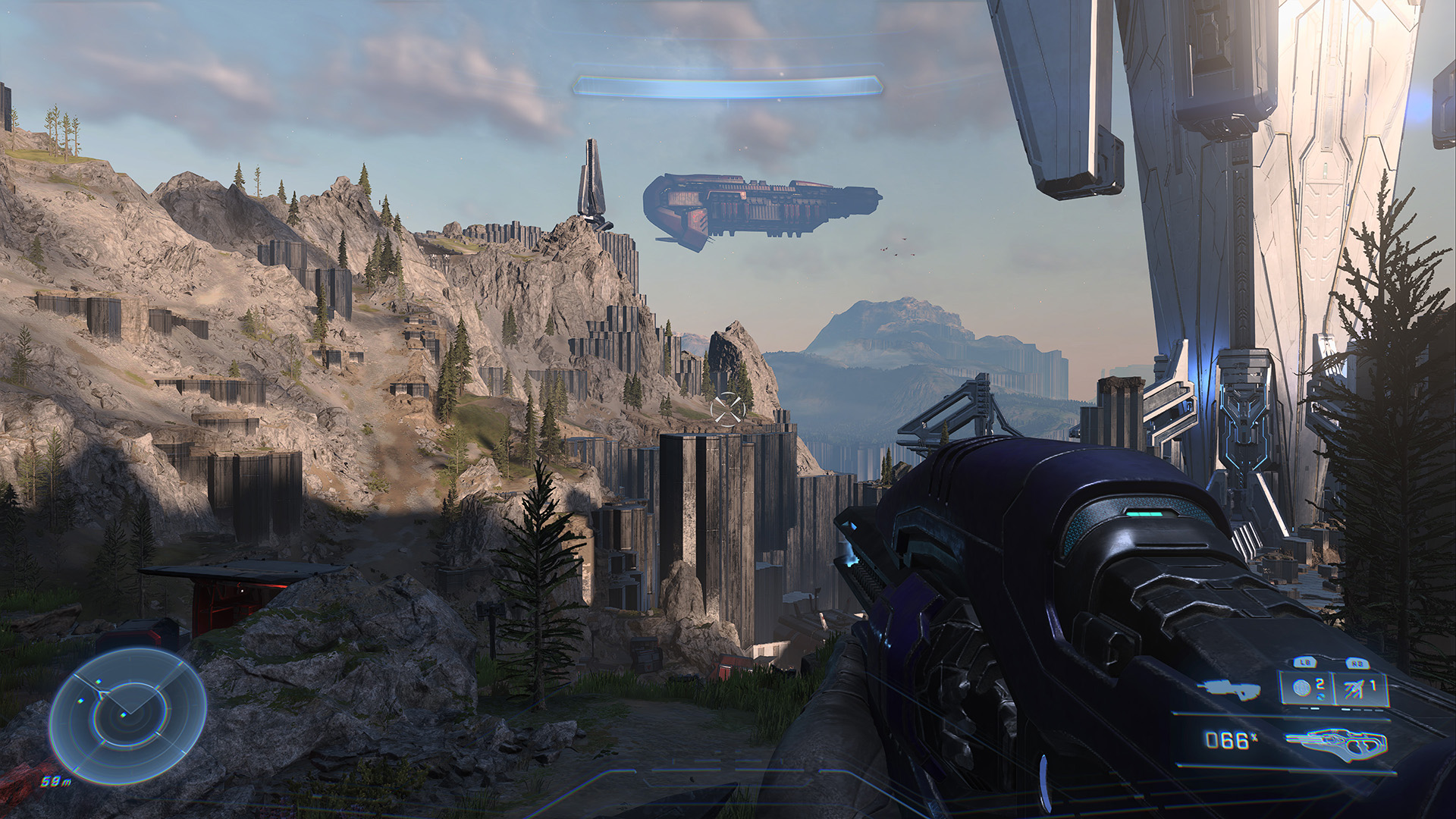 The year’s delay has born fruit for 343 Industries. Holding off Halo Infinite from being an Xbox Series X|S launch title must have been a tough call. It is a shame that we are still going to have to wait a few months for the campaign co-op, but nothing detracts from this being a spectacular achievement considering the very trying time that we are currently living in.

Halo Infinite is a return to form, as it were, as let’s be honest none of the games have been bad.

This entry recaptures some of the magic and intrigue that seems to have been missing over the last few games. It’s taken 343 Industries a few goes, but they’ve finally cracked the formula that Bungie used to make the original game so appealing. 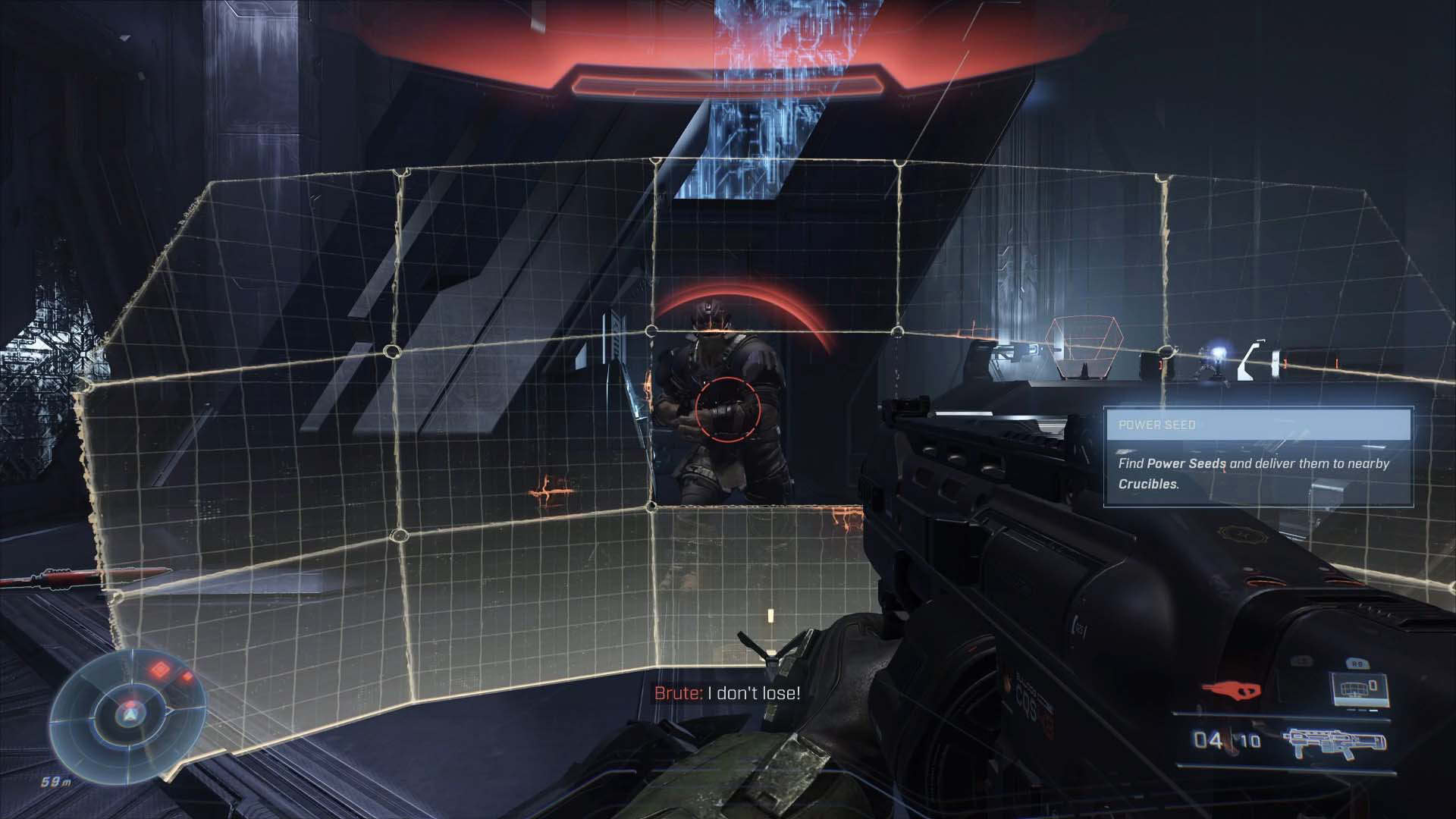 The graphics are breathtaking, and I can’t wait to see what it looks like running on PC. The lack of co-op in the campaign for launch is a shame, but not a deal-breaker.

If anything, it’s something to look forward to when it releases sometime next year.

As a first-person shooter, Halo Infinite takes the crown from any of the wannabes released this year.

The fact that this game is available on day one as part of the Xbox Game Pass really knocks the Xbox subscription service out of the park as the best deal for console players. 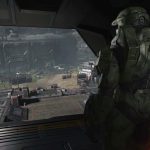 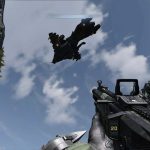 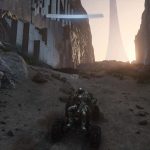 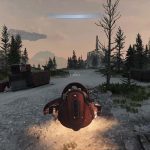 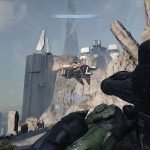 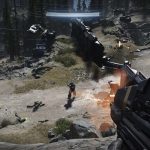 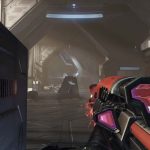 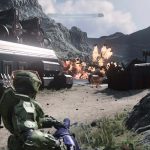 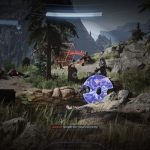 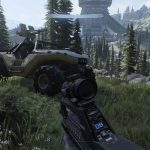 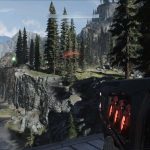 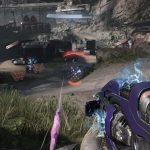 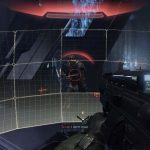 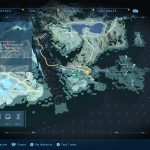 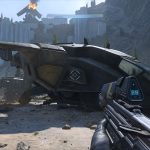 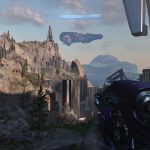 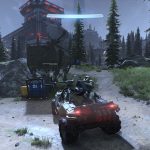 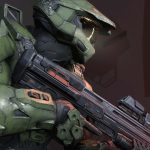