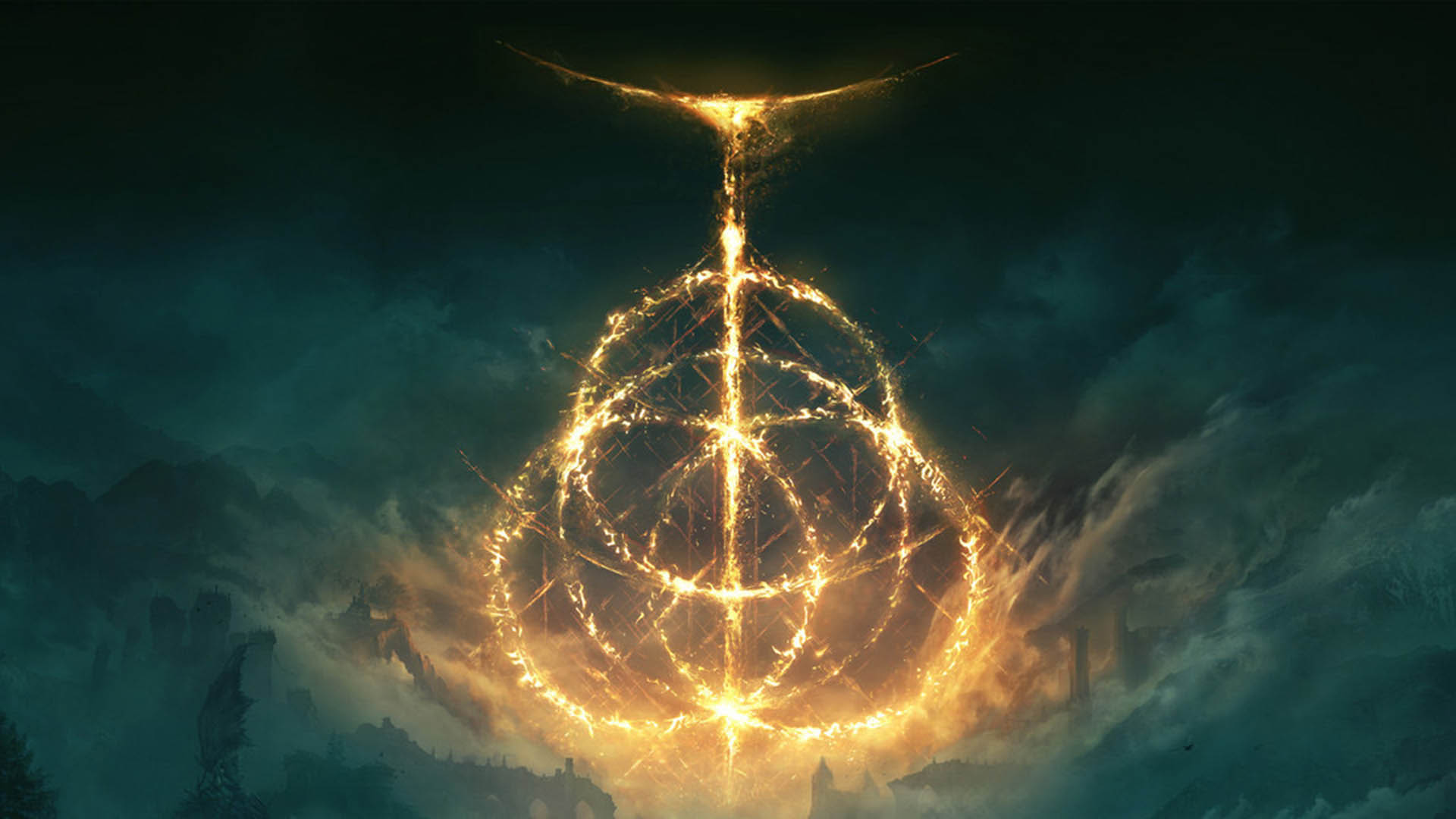 From Software’s latest game to feature their infamous “Souls-borne” gameplay, The Elden Ring, is now thrilling and tormenting players in equal measure.

The Elden Ring places players in the shoes of the exiled Tarnished on a mission to restore the Elden Ring, of which pieces are scattered across the Lands Between, the game world. It’s a fantasy role-playing game of the same ilk as developer From Software’s usual offerings.

I’ve played a lot of From Software’s Dark Souls games, I’ve even dabbled with PlayStation exclusive Bloodborne. Try as I have, especially with Dark Souls III, I can’t say I’ve got on with them. I can see the brilliance in them and their appeal to some, I really can. But unless I had to, I wouldn’t choose to play any of them. I think I lot of that is the time required, the thanklessness, and the general lack of rewards for the first 10-15 hours of play. From Software expects players to invest in their games, more time than most of us have. 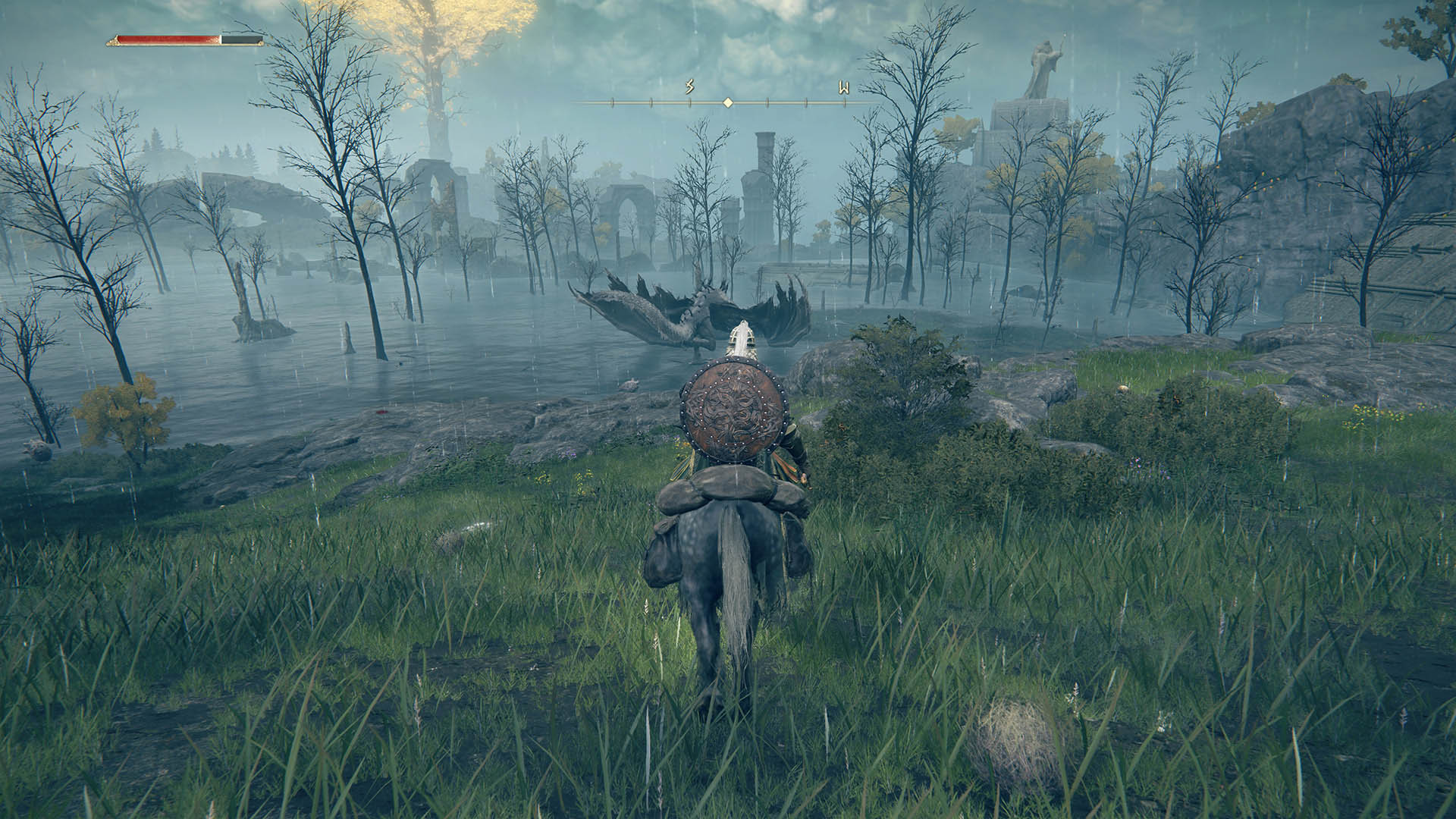 With The Elden Ring, it took several factors to make this particular game from the Dark Souls developer appealing.

Since my last Dark Souls experience, I’ve played three other games with Souls-like gameplay: Star Wars: Fallen Jedi, Nioh, and Nioh 2. It was these games that allowed me to get to grips with the very different game design employed by From Software and its imitators. To play one of these games as you would, say, an Assassin’s Creed game (or any constant endorphin-releasing game from Ubisoft), expecting the same rewards, you are going to be disappointed.

Souls-borne games are closer to the unforgiving arcade games of old where you die and there’s actually a cost. Just like games of old, you’ll find yourself having lost your progress and back to the last checkpoint. Also, taking a leaf right out of MMOs like Everquest and World of Warcraft, some of your stuff will need collecting from the location at which you fell. 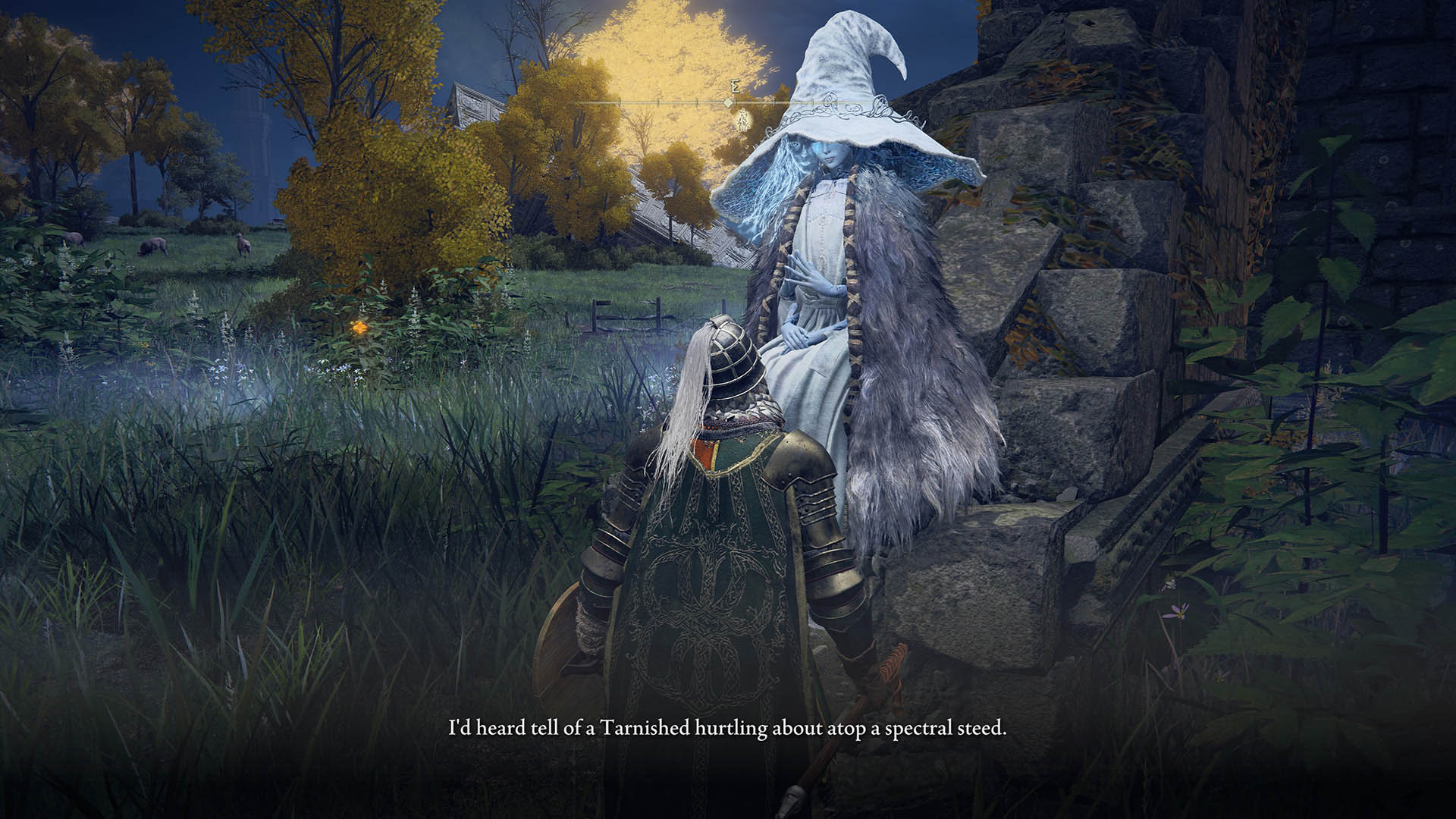 The Elden Ring’s story has apparently been molded by Game of Thrones writer George R. R. Martin, but still bears the hallmark of Dark Soul’s odd dialogue, in this case usually spoken by someone with a northern English accent that apes Sean Bean. To be honest I found the plot to be a hodgepodge of whatever. I wouldn’t be rushing out to buy an Elden Ring novel.

The big deal with The Elden Ring over other From Software games is that it is set in a full-on open world. This means more opportunities to explore without running into deadly enemies at every corner. You can even choose to sneak by some bad guys.

I made the mistake of initially choosing the Vagabond character class from the myriad of choices at the beginning of the game. The resultant experience was very similar to my experiences with the Dark Souls games. I had to get uncomfortably close to my vastly more proficient opponents resulting in some very frustrating encounters that ended with a rage quit. 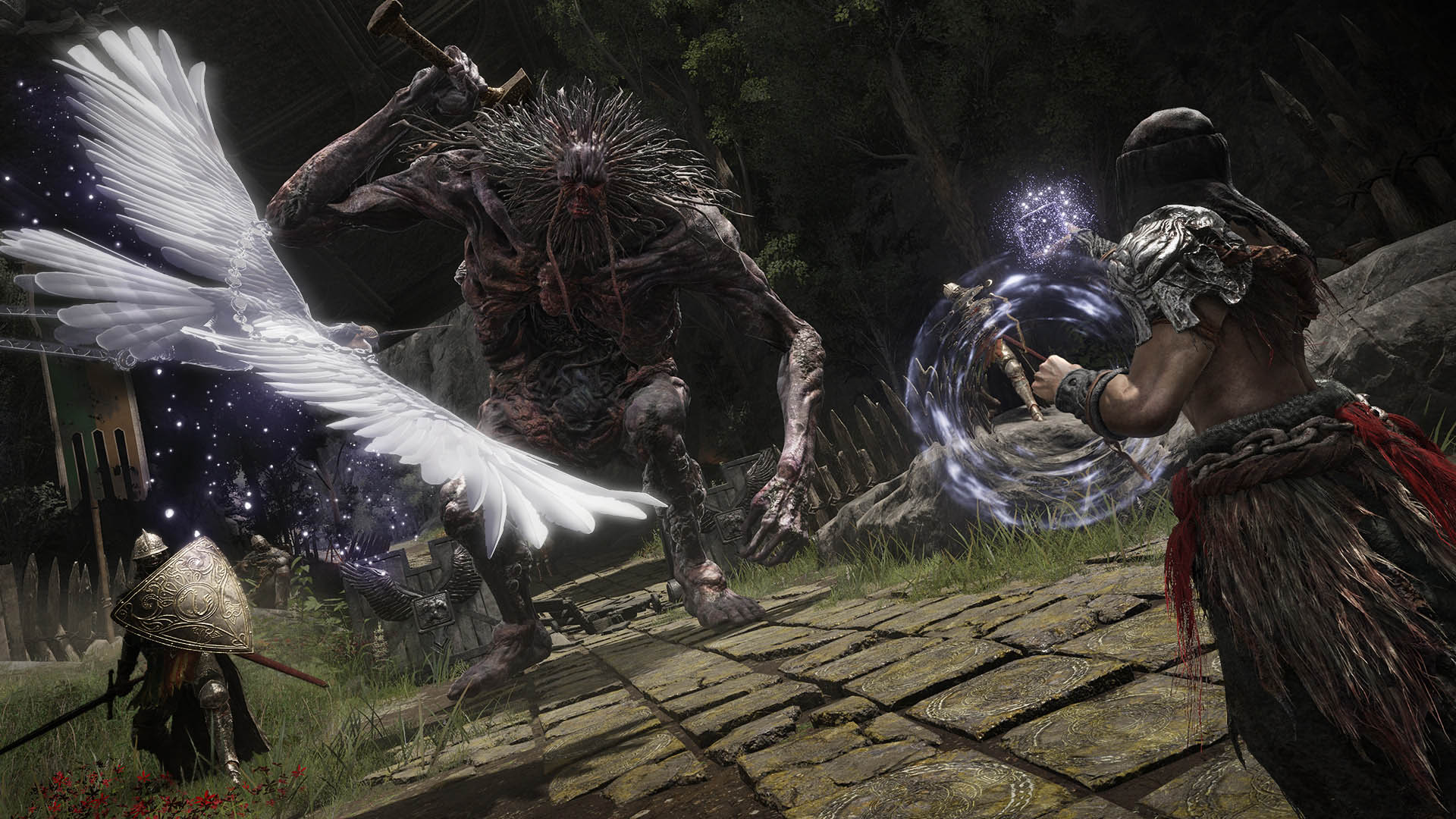 As luck would have it, a friend pointed out that the magic-using Astrologer class may be a better option. Having ranged attacks proved to be a game-changer allowing me to open up the world, get exploring, and levelling up. The early introduction to my mount, Torrent, helped me get around enemies that would otherwise have destroyed me.

The gameplay distils itself into a journey between the game’s save points, called Sites of Grace. Locating these creates a spawn point should you die, which you will, and a fast travel point. Resting here allows players’ characters to be rejuvenated, level up, move items to storage, and other admin. Unfortunately, resting causes all the enemies to respawn.

To be honest, if the enemies respawning is an issue, you should probably remain in that area. Killing enemies repeatedly until you’ve collected enough runes allows you to level up and equip yourself for the next area. As with all Souls games, players’ characters start ill-equipped for the task at hand and players without the skills to proceed at any real pace. I found it takes about seven hours of slog to “git gud”. 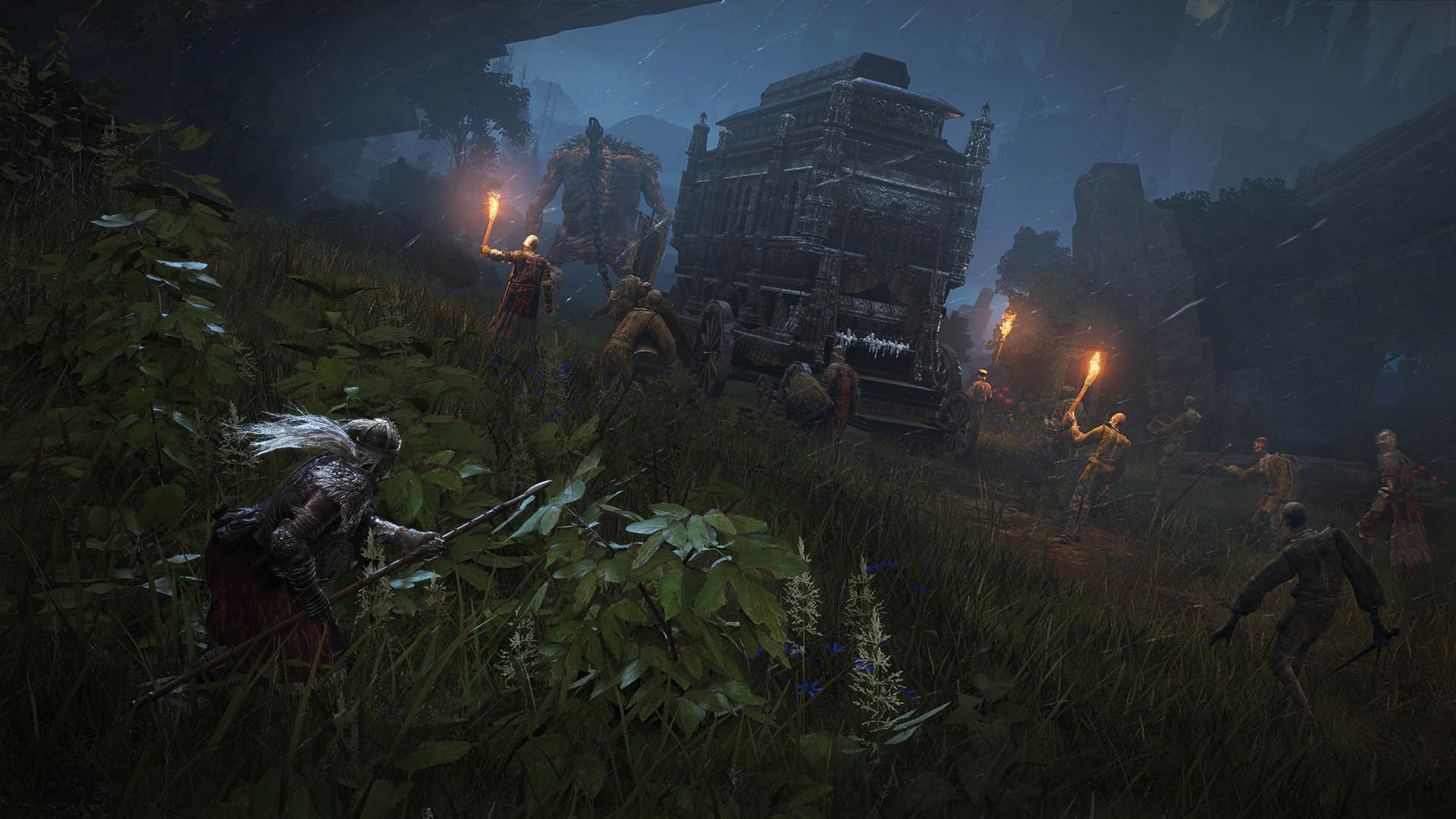 Inventory management is a big part of the game.

Whereas other games may allow the player to forgo optimising their character’s loadout, The Elden Ring is not so accommodating. Having armour that is too heavy may afford better protection than light armour, but may severely affect the ability to roll out of the way enemy strikes, in fact making you even more vulnerable.

Flasks need to be filled for use when healing HP (Flask of Crimson Tears) or replenishing FP for magic attacks (Flask of Cerulean Tears). These are automatically filled at Sites of Grace, but the number of each can be adjusted according to likely use. Killing an entire group of enemies will also fill the flasks, as notified by a swirling mist around the player.

It’s also important to ensure that the right stats are increased in accordance with your play style, personal skill level, and character class. Leveling up and unlocking a point to spend on a particular attribute is only available when you have collected enough runes from killing opponents. These are the same runes that are lost if you die and don’t retrieve them from the location of your character’s demise. The Elden Ring engages players in a huge risk/reward gamble that is, at its heart just a game of patience. 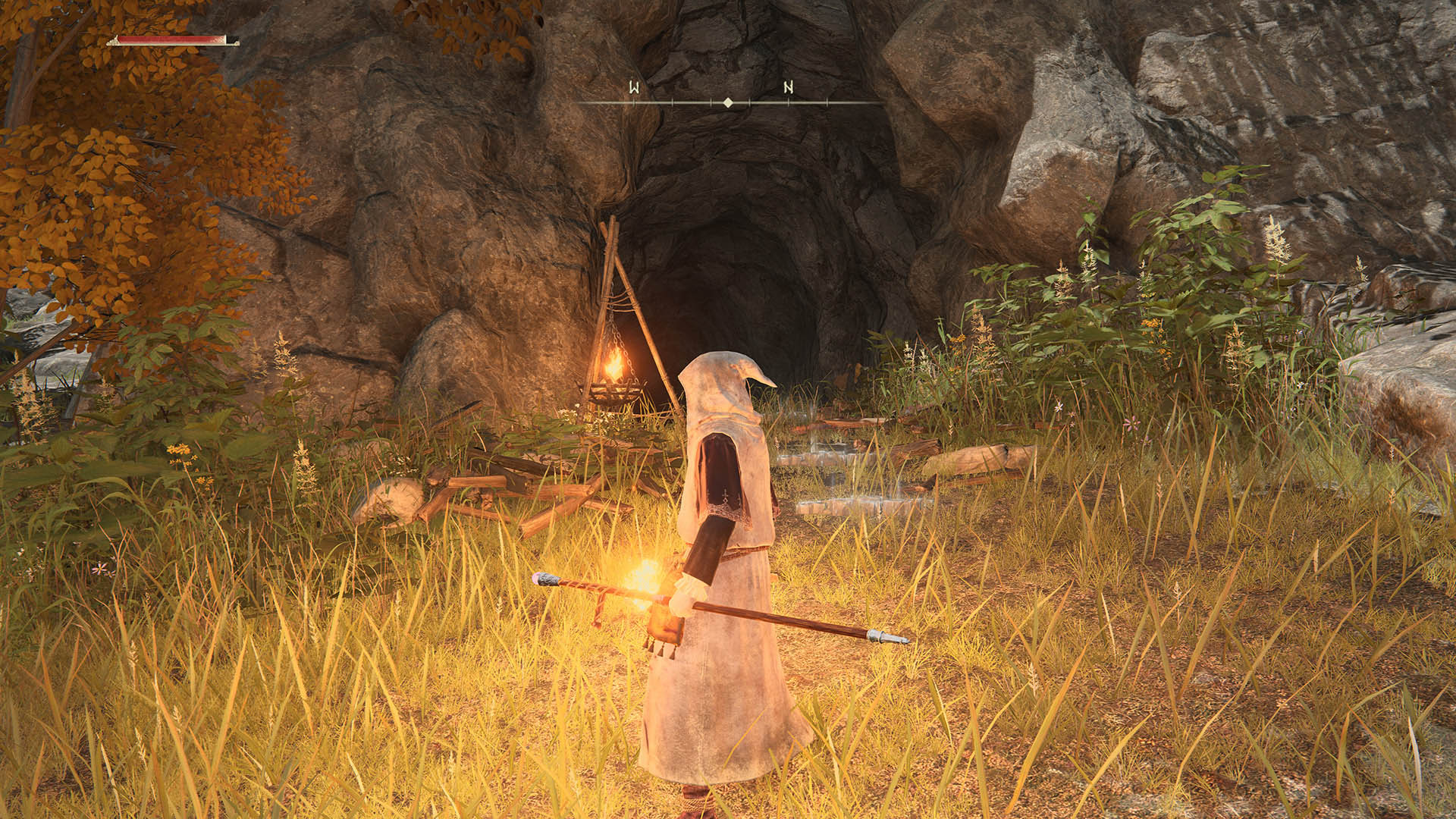 Possibly the most frustrating thing about From Software’s games is not that the games are unfair, it’s that they require a level of discipline that most modern games forgo. Attacks and defensive moves are designed with very specific timings. Similarly with enemies’ attacks and defensive moves. It’s all about watching for openings and carefully choosing when and how to attack. Most games (I’m looking at you Ubisoft) have training us all to smash buttons until opponents fall.

The Elden Ring is not so slapdash.

But I would say that it seems a little more accommodating than the developer’s other games.

The game looks good. Some areas look better than others. Some are a bit bland, others pretty spectacular. Again, the similarities with Dark Souls are very apparent. The landscape invites exploration. The world is full of secrets and surprises that can help you progress if you take the time to locate them. 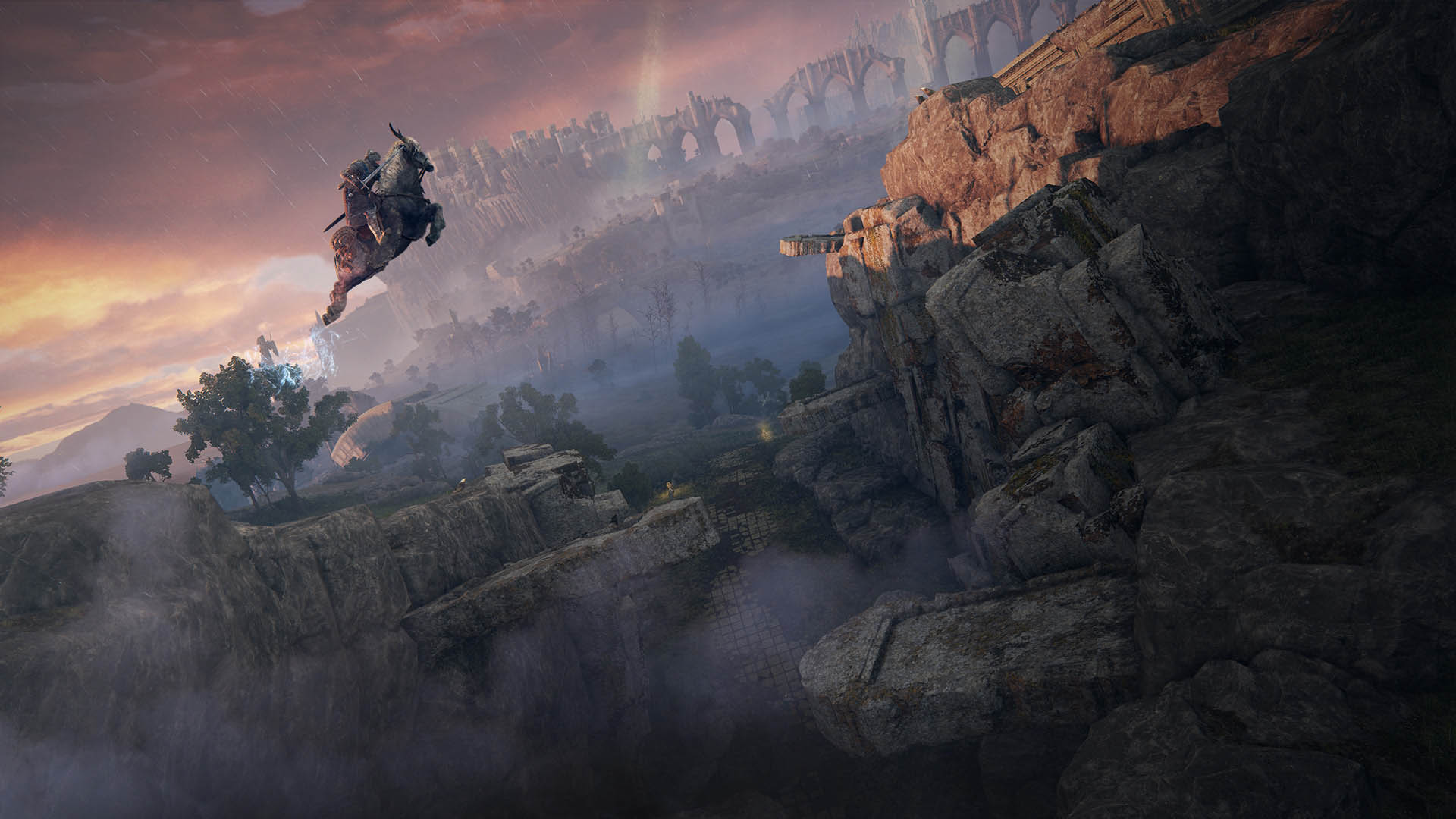 Whilst there is a set path defined between the Sites of Grace, exploration is key to progressing in the game. There is no real fast way to play the game. Attempting to progress before your character is ready is a recipe for disaster. Even with your mount, you will come across foes that you just can’t beat. These bosses act as gatekeepers, restricting access to other areas.

The game features what I consider to be the absolute bane of Japanese games, ridiculously long, and involved boss battles. Some people like them, and that’s fair enough. But these literal gatekeepers can take some beating. At least, as with enemies in general, the game lets you back off, lick your wounds and try again once your character is stronger. Particularly troubling bosses can be defeated with the help of NPCs summoned by the player or with real players answering requests to take out the monster in co-op. 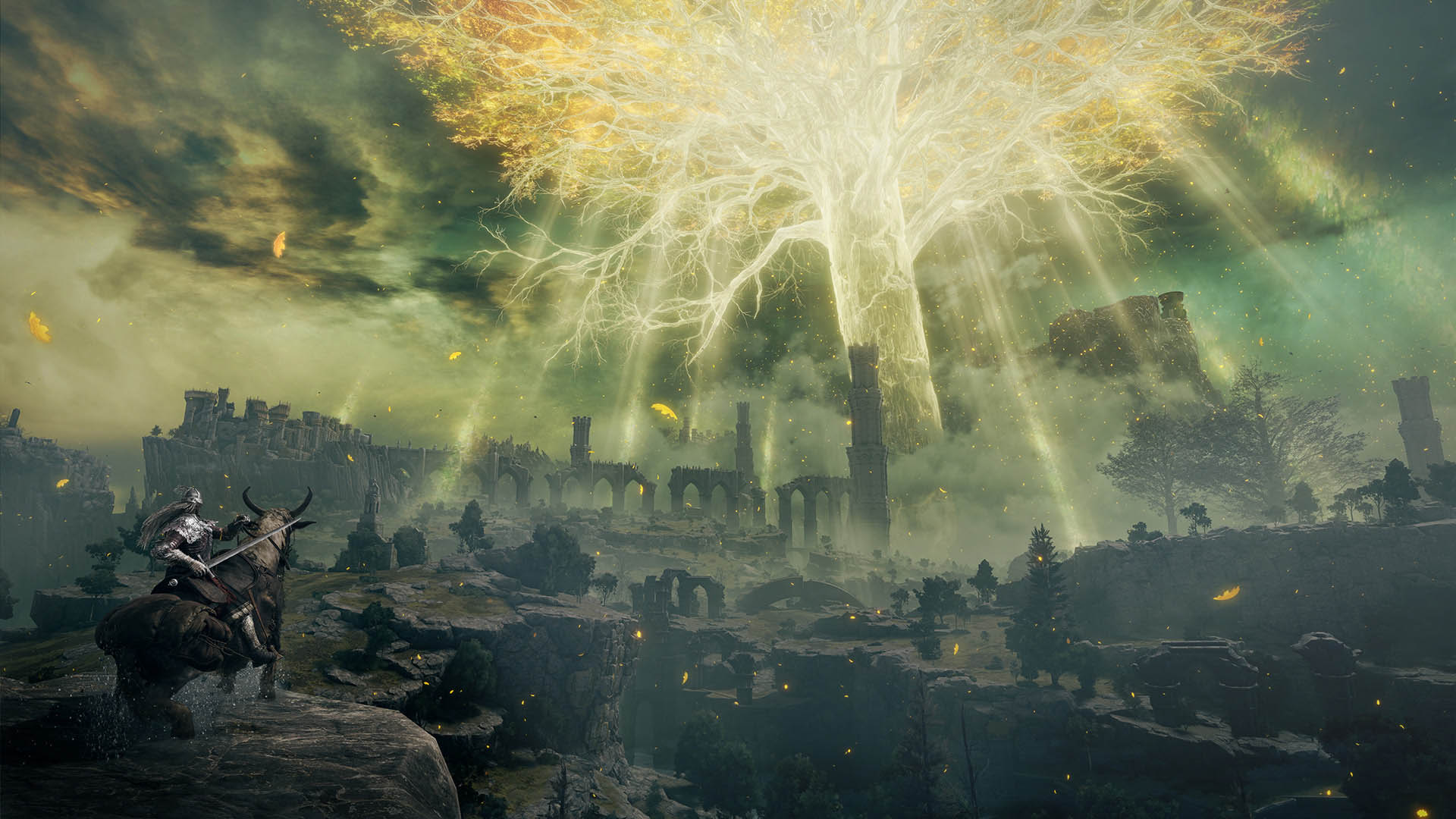 The Elden Ring is a game that I found best played organically. Running from Site of Grace to Site of Grace, I was able to set up a network of areas that I could explore with little consequences if I die.  Not only is it fun to explore and uncover new locations, but I was also able to find interesting and useful artifacts.

Reviewing a game as vast as The Elden Ring is an almost impossible task, as I am constantly discovering new things and hitting the metaphorical wall. It’s a massive game made even larger by cunning enemies. It’s a game that is going to divide players, just as with all Dark Souls games and their ilk.

For me, The Elden Ring adds a level of accessibility and freedom to explore that sets it apart from similar games. Even 20 hours in, I still feel like I’m playing a tutorial and can’t see myself understanding anything other than a basic nuance of the game mechanics without either a crash course on YouTube or another 20 hours of play. 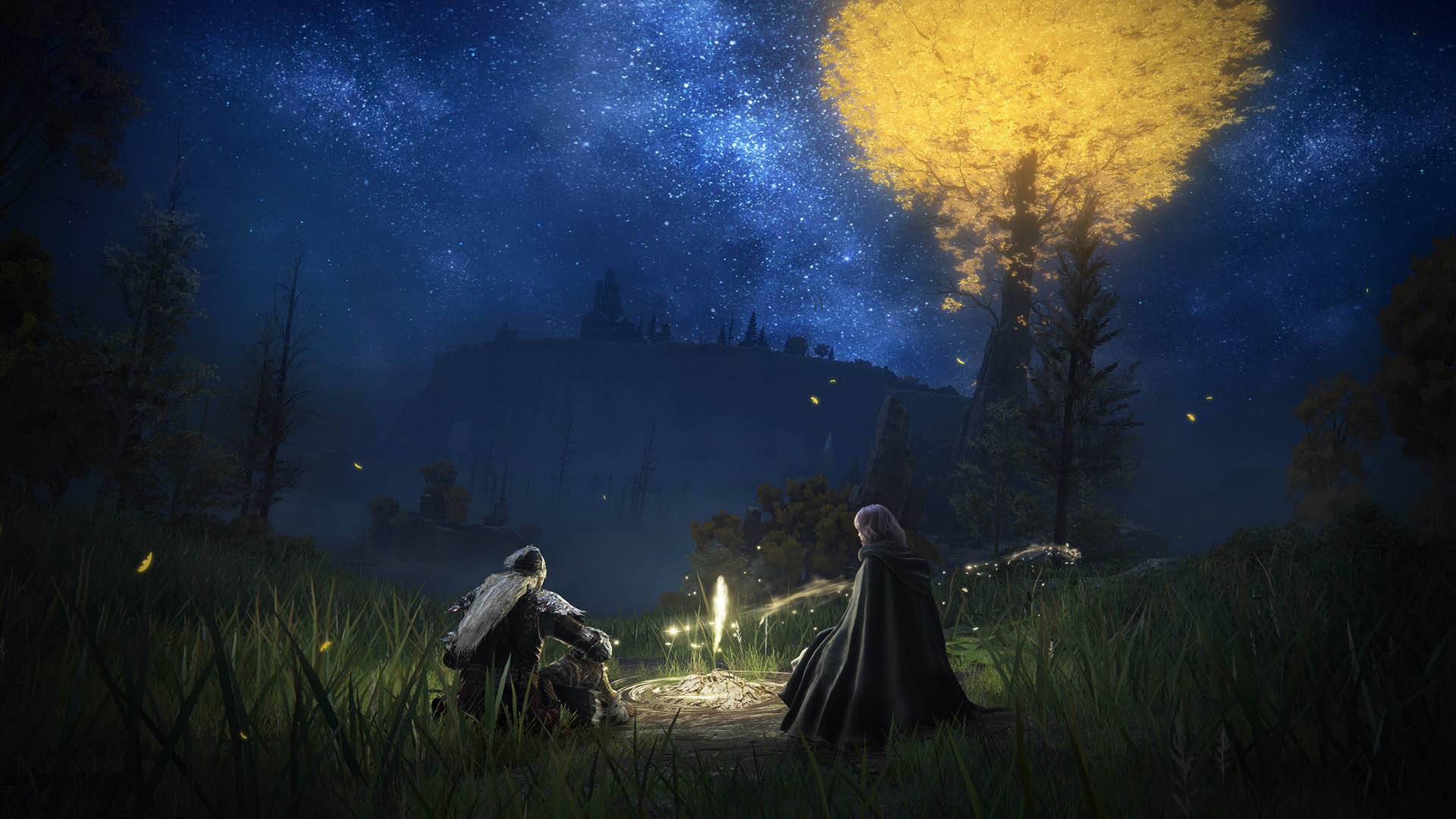 By no means is this a comprehensive review of The Elden Ring, but it should be enough gauge if it is the game for you.

With The Elden Ring, From Software may have finally opened up their unique, refined, and challenging gameplay to the masses. 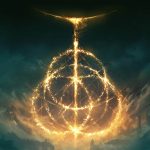 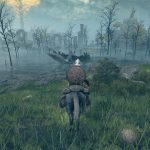 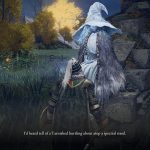 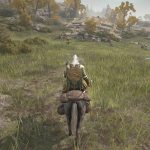 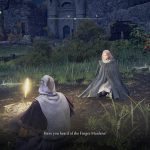 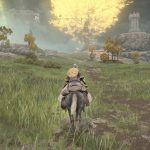 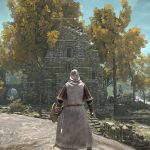 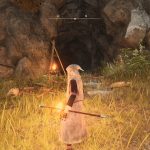 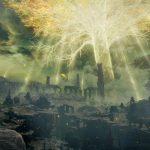 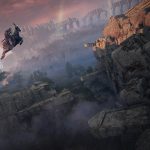 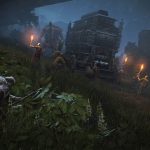 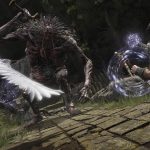 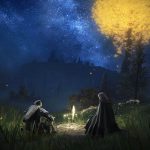