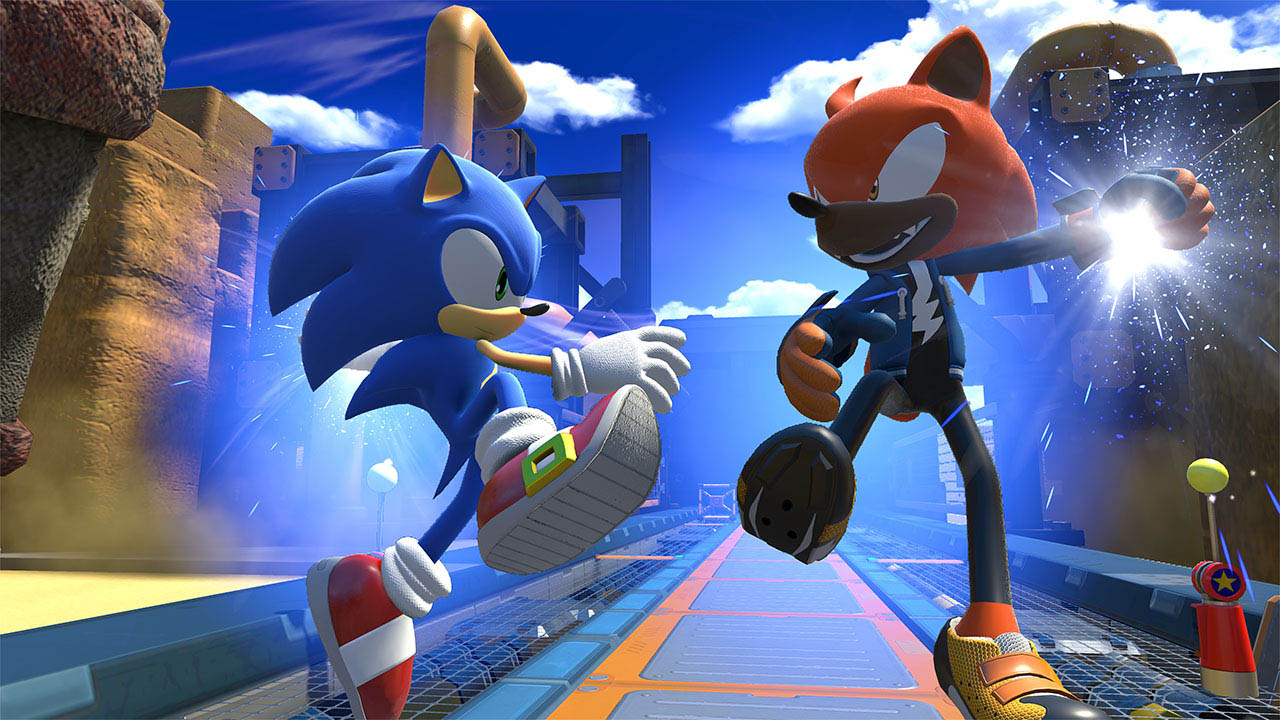 Eggman is at it again.

You’d think after the thirty or so years he would realise he will never defeat Sonic and his band of heroes. But this time, Eggman has enlisted help. He has teamed up with Chaos, Shadow Sonic, Metal Sonic and Zavok to finally bring down the faster than light Blue Hedgehog. As if this group of bad guys was not enough for a good fight, Eggman also has a secret weapon, a mysterious character only known as the Infinite.

As Eggman wreaks destruction across the land after defeating and imprisoning Sonic, a small faction of survivors band together as a Resistance force.

It is up to you and your Avatar that you create from the differing animal templates on offer to not only rescue Sonic and bring Tails back from the brink of, well, insanity but also join the Resistance in an action packed 3D / 2D platformer, reminiscent to Sonic Colors and Sonic Generations. 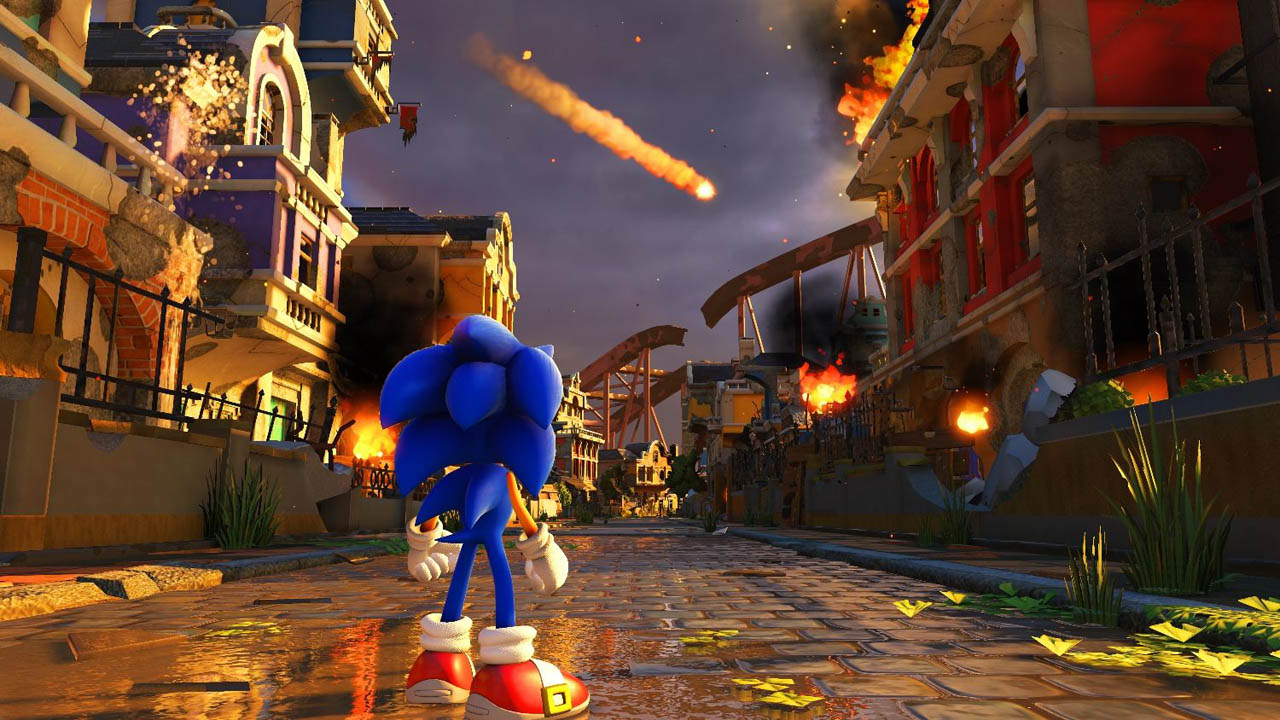 Sonic Forces offers up many surprises as you speed through the high adrenalin Levels, snapping up Rings and taking down armies of enemies, aswell as end of Level Bosses.

Your Avatar character, known as ‘Rookie’ plays a crucial part in gameplay too, with Level specific jaunts. Your Avatar character is created by you from the seven different animal types on offer. Each animal type has their own special set of abilities – and if you are so inclined you can dress them up from head to toe with all manner of accessories to suit.

At the conclusion of each and every Level, you are ranked on a scoring system that Grades A, B or C. Or if you did exceedingly well, you may get an S, which is the highest Grade.

But it’s not all about Time and Ring Bonuses, nope, you will also open up more wardrobe items for your Avatar – the better that you do in each Level, the more you get unlocked. 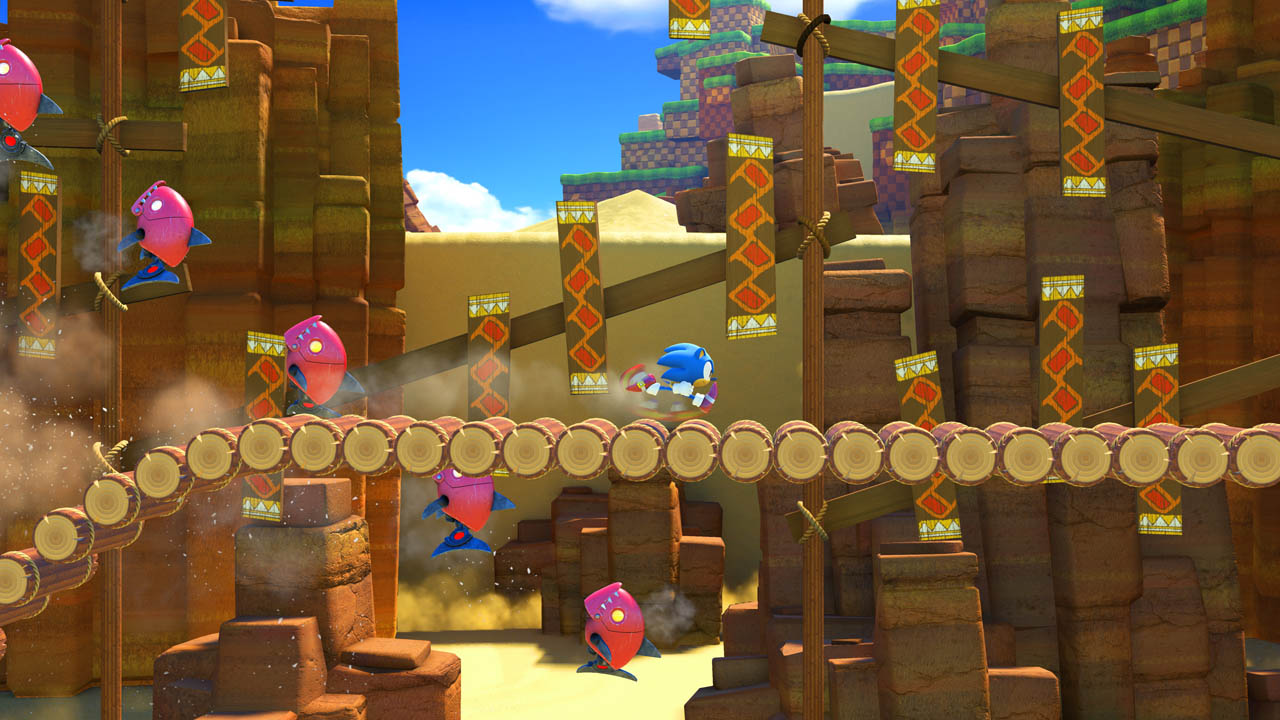 Then there’s Wispons. Powered by Wisps (or White Wisps) these handheld weapons are generally rewarded or found within Levels. Your created character can equip and utilise these temporarily throughout play. From hammers through to flamethrowers and alot more. Your Avatar can actually do alot more than Sonic and can access more areas throughout each Level as you progress and get more Wispon abilities.

But that’s not to say that both Sonic and even Classic Sonic are not left out in the cold. They both get an abilities do-over with the inclusion of new attacks and boosts via in-Level collectables; White Wisps for ‘new’ Sonic, and Spin Dash and Drop Dash for Classic Sonic, to the likes of what we saw in Sonic Mania.

Sega have truly gone all out with Sonic Forces. Pretty much every Sonic NPC we have encountered, been introduced to or cringed at over the decades features at one point or another, and while there are some that are not playable and others that can be unlocked to replay Levels with, they all add to the entire Sonic saga and for retro gamers like myself bring about the odd smirk of remembrance to the 16BIT days. 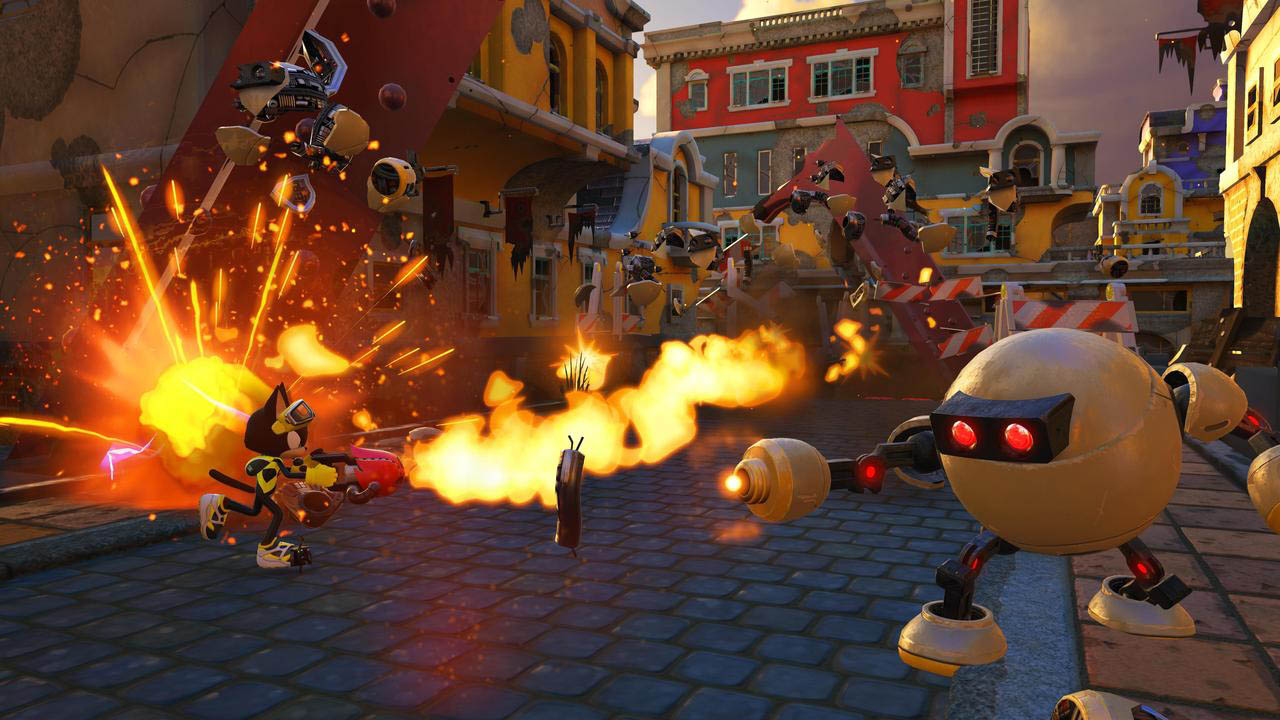 Asides from the main gameplay, there are also Daily goals to be conquered. A list of which is viewable via the in-game Menu.

These can be anything from changing an outfit through to repeating a Level as a certain character, completing a Level (or Zone) in a certain amount of time and so on.

From Green Hills through to the Death Egg (yes – a play on Star Wars’ Death Star) and beyond, Sonic Forces although linear and choca with short play Levels which is also very character specific, including tag-team (where you will be required to use two characters to get through a Level) the game does not fail to impress and has a high replayable value.

It is true to say that with all of these new additions in to a Sonic game and an extremely high level of customisation for the player – the actual gameplay plays it safe. Expect more of what you have seen and played before. This is not a bad thing in my books and Sega have taken the right steps to advance the series without hampering what makes Sonic, Sonic.

Instantly retaining that Sonic magic with it’s signature speed and twisting turning gameplay. Sonic Forces adds so much more into the franchise that makes this title the ultimate Sonic game to own. 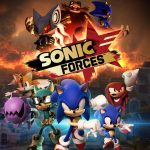