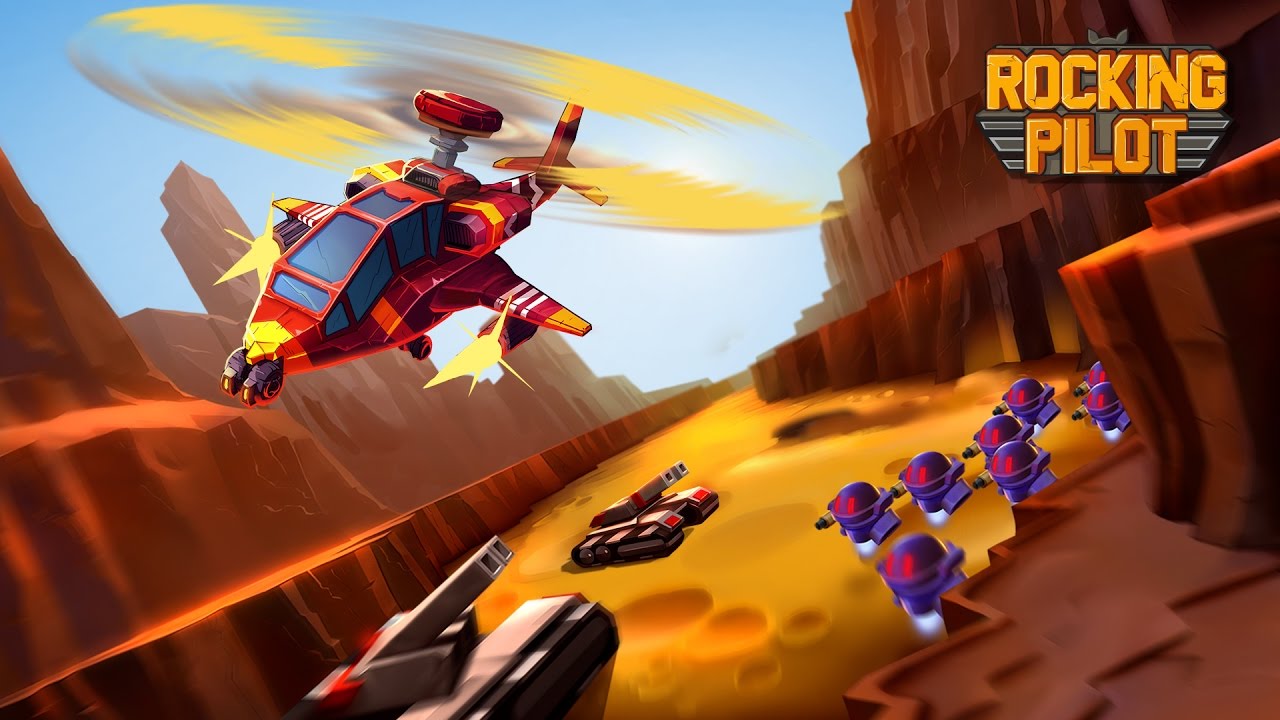 Have you ever wanted to be a one-man army fighting in a war being broadcast to many, for the purposes of entertainment, then out of nowhere, an alien attack? No? Well now thanks to Rocking Pilot you can live out that story in some fast paced, top down action.

Rocking Pilot is a top down shooter where you are confined to a single screen and can fly around shooting the enemies that appear. At its core that’s the bulk of the gameplay.

Picking up weapons makes your ship shoot different types of ammo, such as shotgun rounds, missiles, a beam of energy, and you know, the usual helicopter weapons. Though its one unique element is the helicopter blades as a defense. When you get close enough to an enemy the blades do damage, but too close and you’ll take damage. This balance is key in the game as it throws more enemies at you. Then there is the Overdrive which if you hold that, your blades spin more intensely, you can fly through enemies without being damaged, and more importantly it deflects enemy bullets. 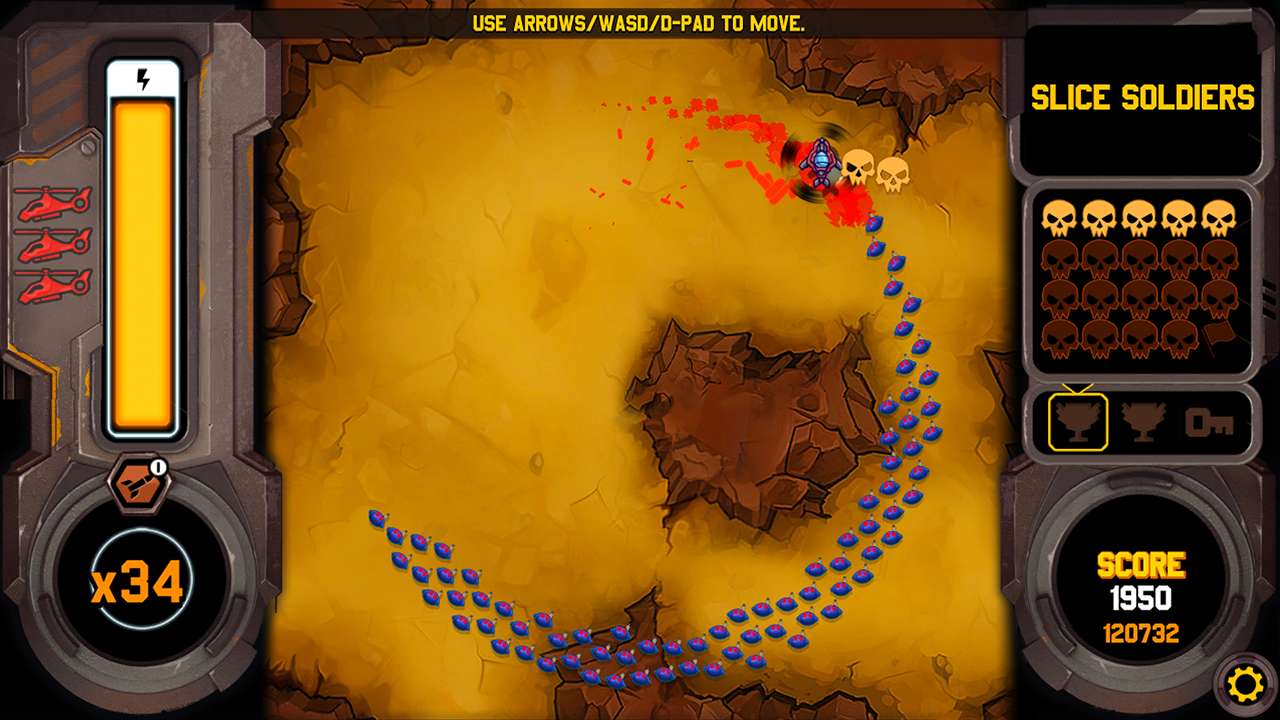 This simple gameplay works for and against the game. It creates some hectic fun Levels which can jump from easy, to brutally hard as you try to master the use of these weapons and their timing. You can use Overdrive almost any time, but it has a metre which fills up when not in use, so the longer you go without it, the longer you can use it.

The variety in the game comes by way of the Levels. From the random enemies appearing and changing throughout, especially post aliens, to the actual stage types, the content of every Level was impressive. Each Level has three stages of which has a symbol. You need to beat the key symbol Levels to advance in the game, which are regularly the first ones, meaning to beat the story you don’t need to complete every Stage. 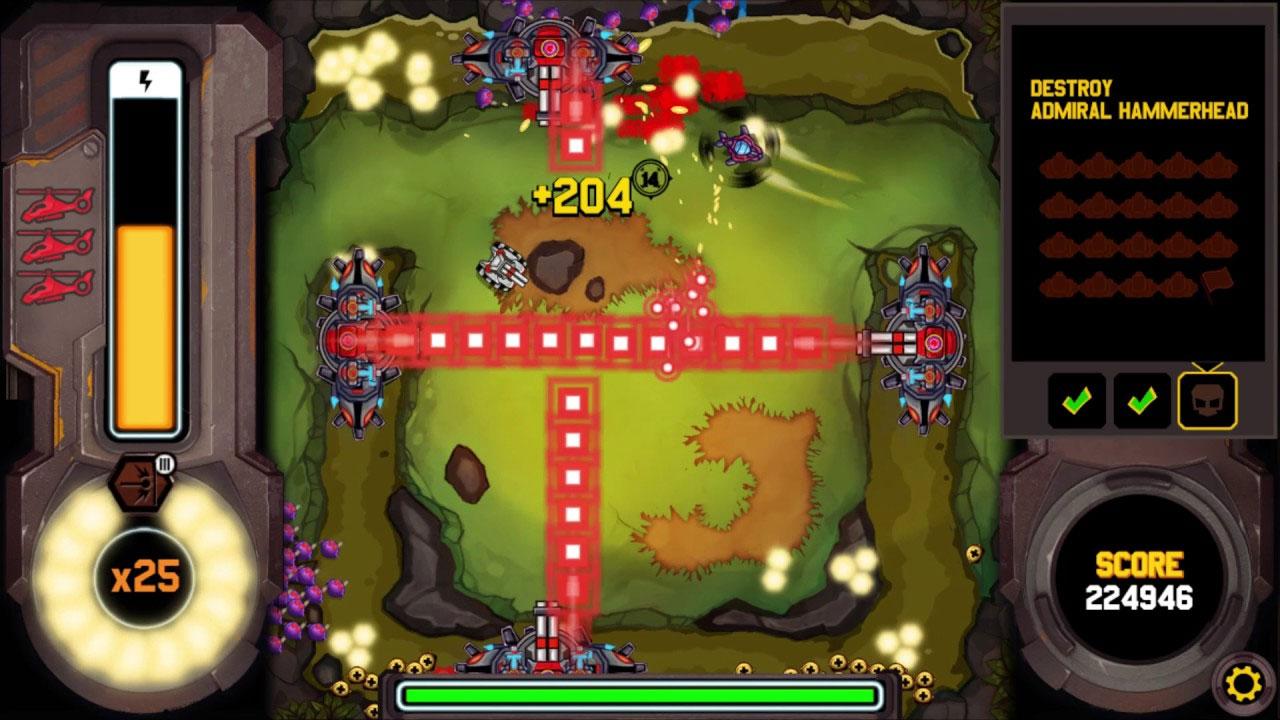 There are also varying challenges that may require you to deflect bullets, kill enemies, kill enemies with only your blades, move the gas, kill enemies with no boost, pick up x number of collectibles, or allies as they call them, to eventually beat the Boss. There is a surprising amount of variety in there, and there are a lot of Levels. Although you can beat the story without completing a third of the Levels, a surprising amount of time was lost to endless point challenges.

The variety and genuine fun that you can have with the game is all there is though. The art style is fine, it looks nice and cartoony, but there isn’t too much more. The aliens are creative and they get insane on the screen as some grow more the longer they are alive, so it’s an above average looking game. The premise of the game is nice and unique, but that’s the only interesting part of the story. The dialogue between Levels is at best cringe worthy, at worst not noteworthy. 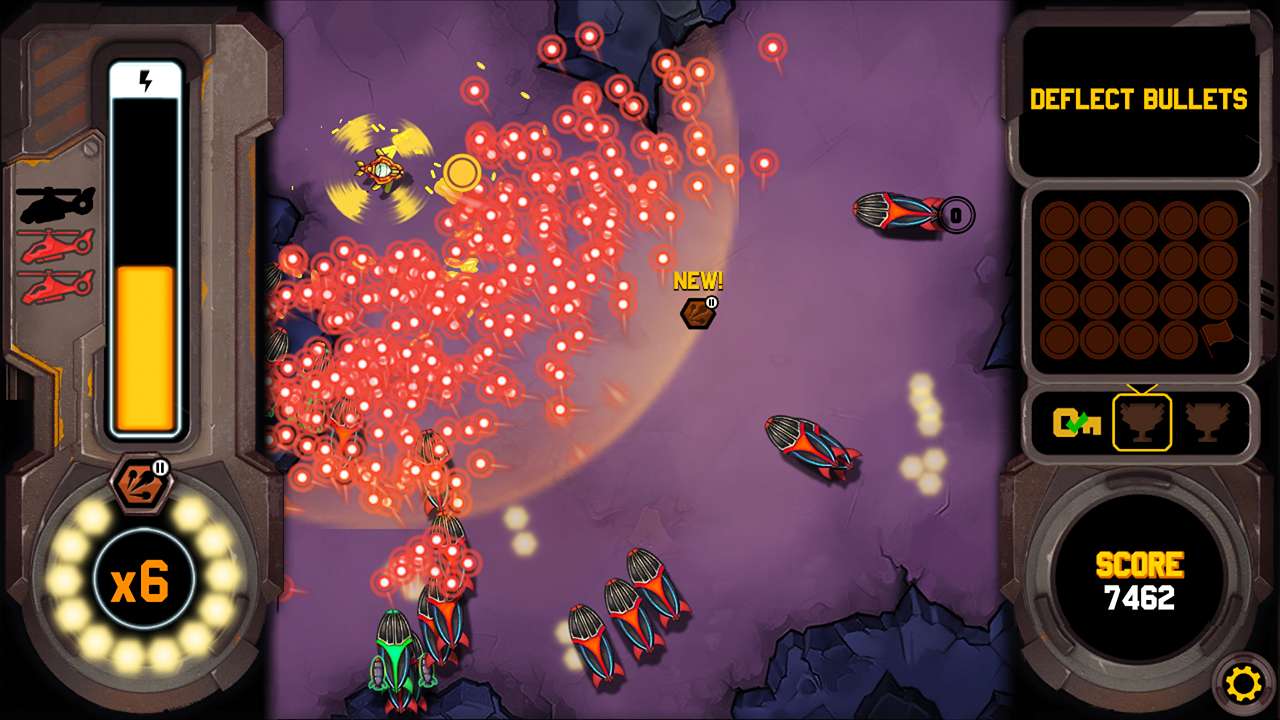 As you may have expected from a game titled Rocking Pilot, the game has a rock soundtrack which is okay. The songs are all instrumentals which are presumably originals for the game and is solid which adds to the hectic gameplay on screen. One major drawback was the game regularly advertises for another game in menus, which is unfavourable for a paid game, but it is only an image with a link in the corner, so most probably won’t care.

When push comes to shove, Rocking Pilot is a fun and simple game. For its low price-point and with the hours of content it has available it’s certainly worth its asking price if you are looking for an easy game to pick up, or run on a low-end machine, to kill some time. But with a lack of depth and a cringe-worthy story it’s a tough one to recommend for anyone outside that specific group.

Gameplay
Graphics
Audio
Replayability
User Rating1 Vote
The Good
Bug-free. Great soundtrack.
The Not So Good
The Story. Lack of any gameplay depth. Ads for another game.
2.5
Final Verdict
Scroll Up