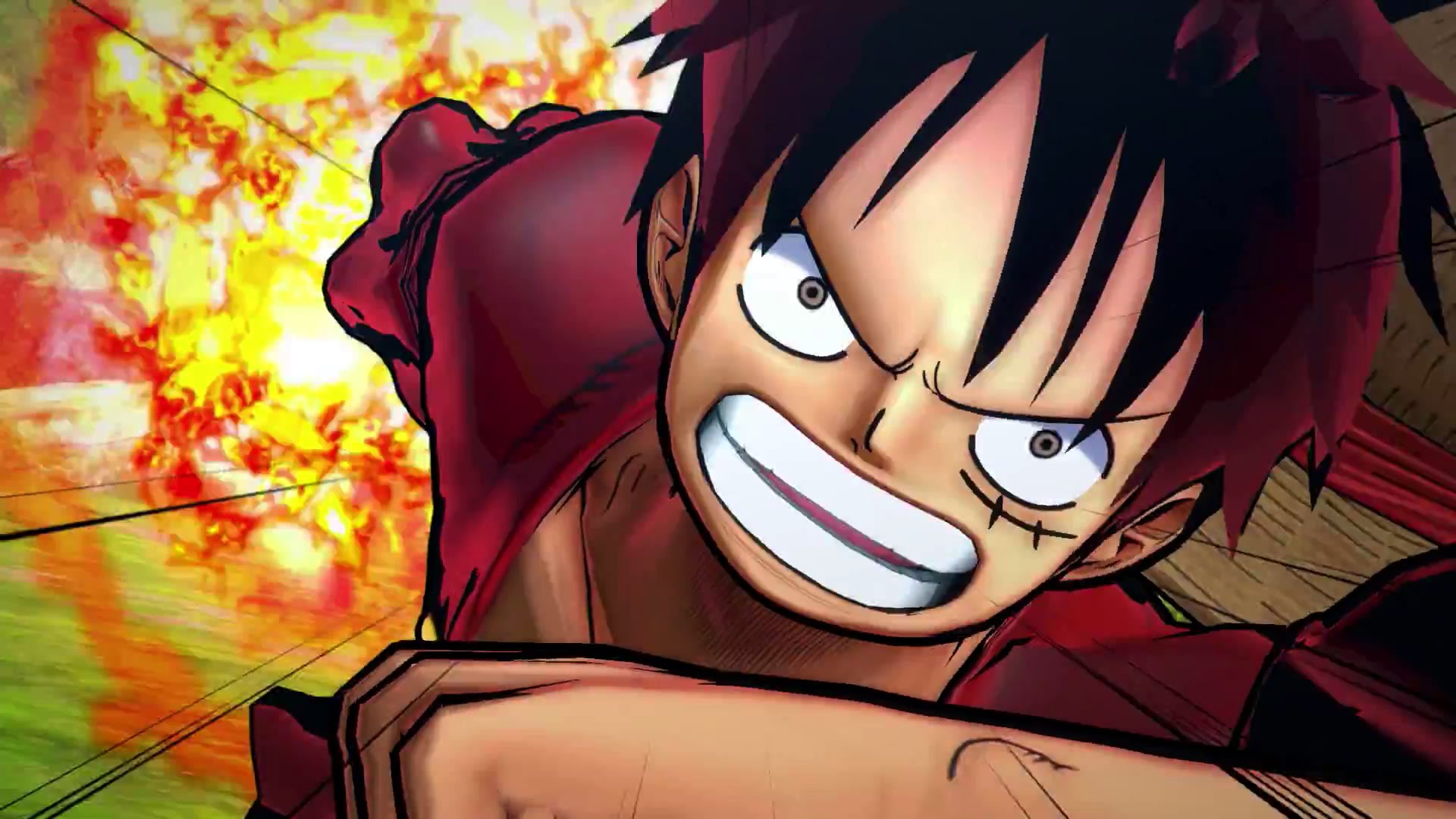 One Piece: Burning Blood is first and foremost fan service. It is hard to argue it doesn’t do the series justice with the sheer number of playable One Piece characters ranging from Bon Clay to Dracule Mihawk each with their own unique dialogue and moves, all of which stays true to the character. Strip away the layer of One Piece though and you are left with a mediocre fighting game that struggles due to imbalances and poor game modes. How much fun you have with One Piece: Burning Blood depends on what you are looking to get from it in the first place.

The game revolves around battles which take place in a 3D arena. While on two characters can be fighting it out at any time, teams consist of up to 9 characters who can be freely switched into the battle. While the layout of them is simplistic, the environments, taken from different locations in the One Piece universe, looks gorgeous and makes each battlefield feel unique. 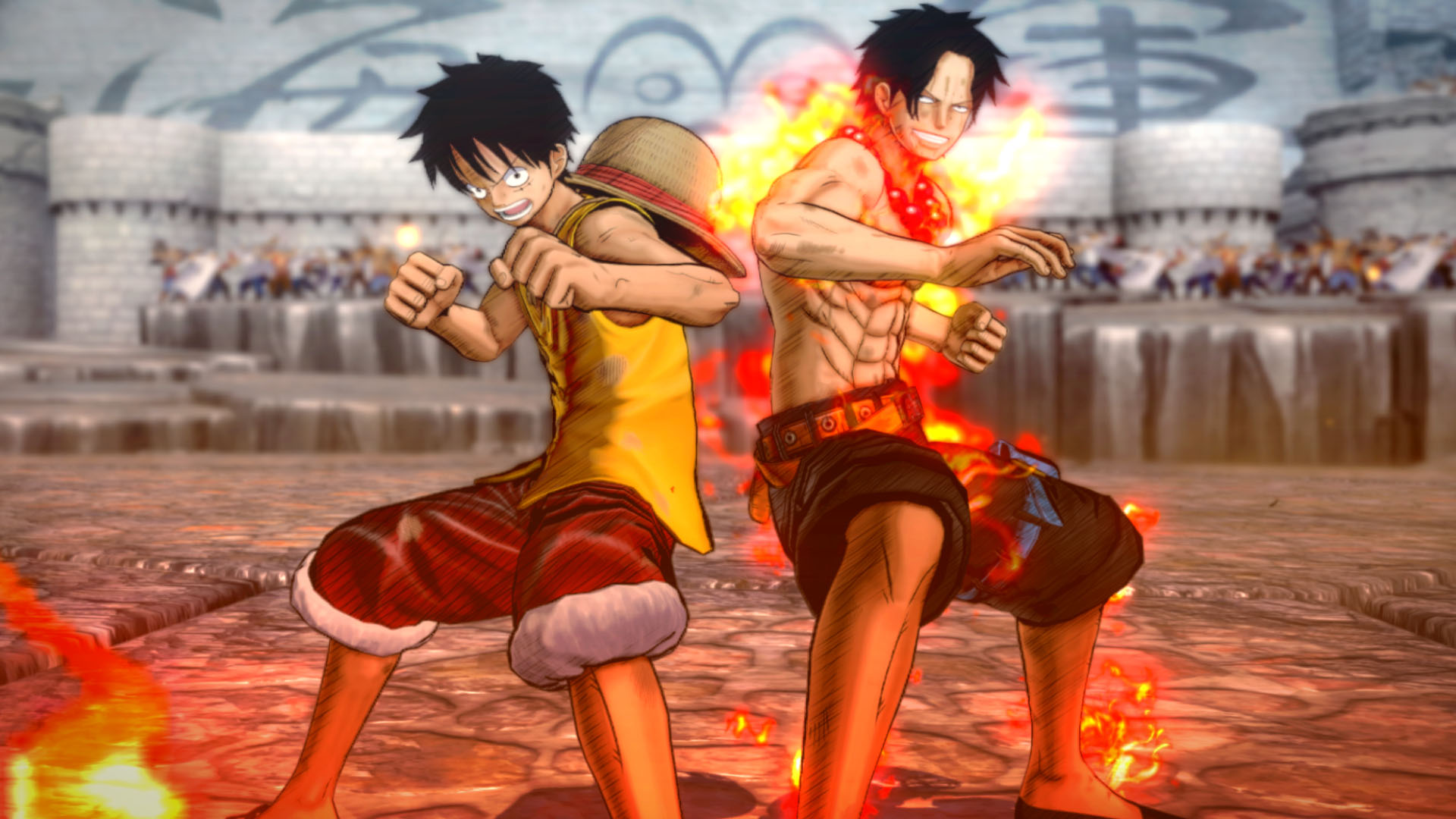 A problem that any One Piece game will face is getting the balance correct for character strength. On the one hand you have the One Piece universe where characters abilities and strengths vary immensely. When it comes to a video game however balanced characters are essential for the game being fun.

One Piece: Burning Blood tries to strike a balance between these two. Stronger characters tend to feel stronger but not by too much. In a match between say Luffy and Chopper, the person playing Luffy is going to have an easier time. With the right skills however the person playing Chopper can win, something that makes the victory all the more satisfying.

There are a few exceptions to this rule however. Buggy for instance feels too strong and Whitebeard, the man with the power to destroy the world, just feels way too weak. 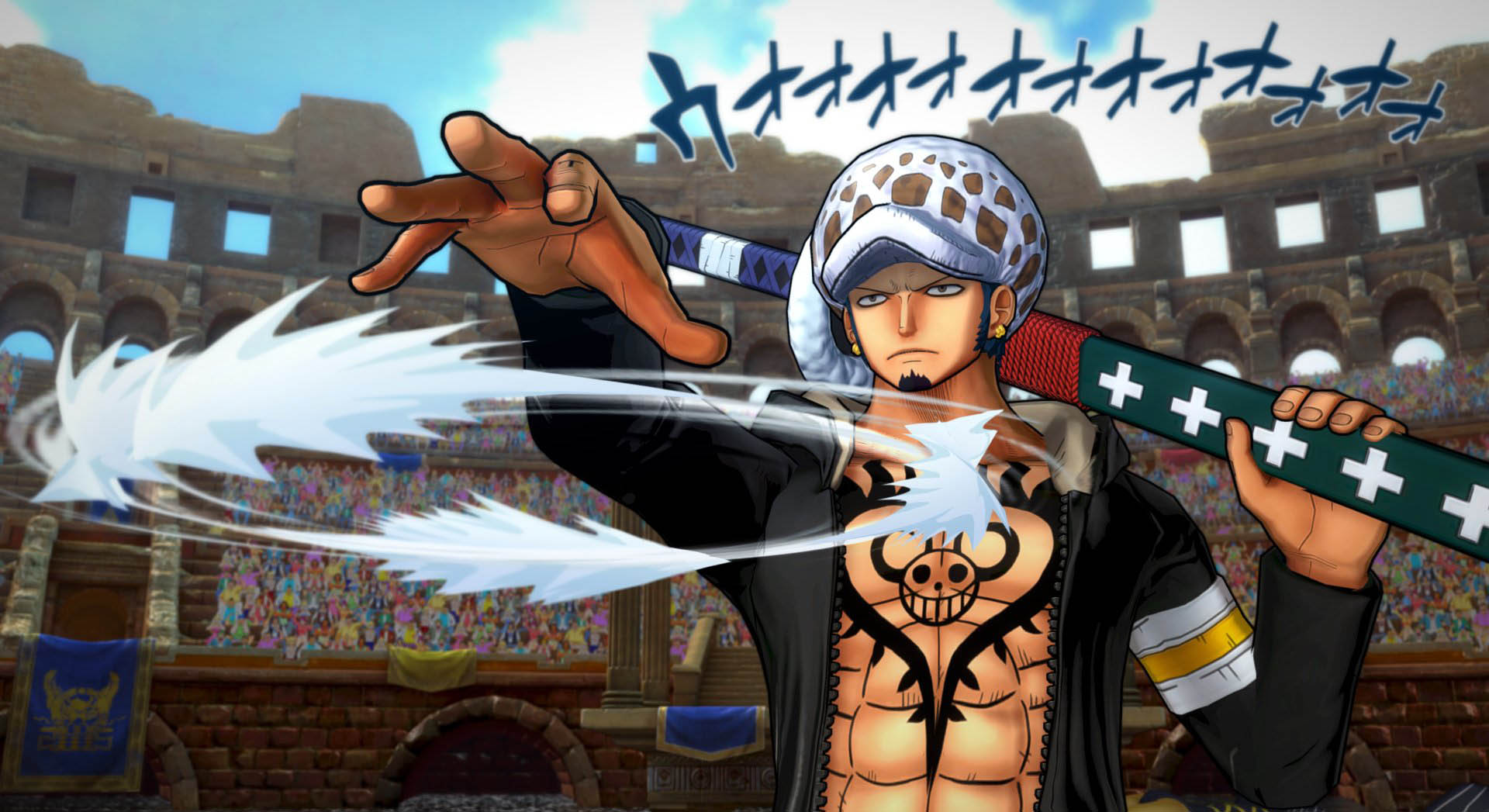 Despite not being anywhere as near what it is in the series, differences in the strength of the characters do exist though. This prevents the game from becoming a competent fighting game once you look past the One Piece branding. The imbalance essentially make some characters unusable if you are looking for a serious fight.

These differences in strength are heavily based around the differences in the way each character fights. In the One Piece universe characters’ fight in a variety of ways, based on their weapon and whether they have eaten an ability giving Devil Fruit or have mastered Haki. Given that each character has a completely unique set of moves, it is truly impressive that the game manages to have a playable roster of over 40 characters.

As you would expect though attacks of each character are not balanced. Many attacks are either too weak or too slow, sometimes both, to actually be worth using. Additionally, while staying true to the actual characters, some of the moves just don’t make the transition to a video game very well. Perona is one character that immediately comes to mind, despite having some cool moves in the series, in the game they tend to be impractical to use. 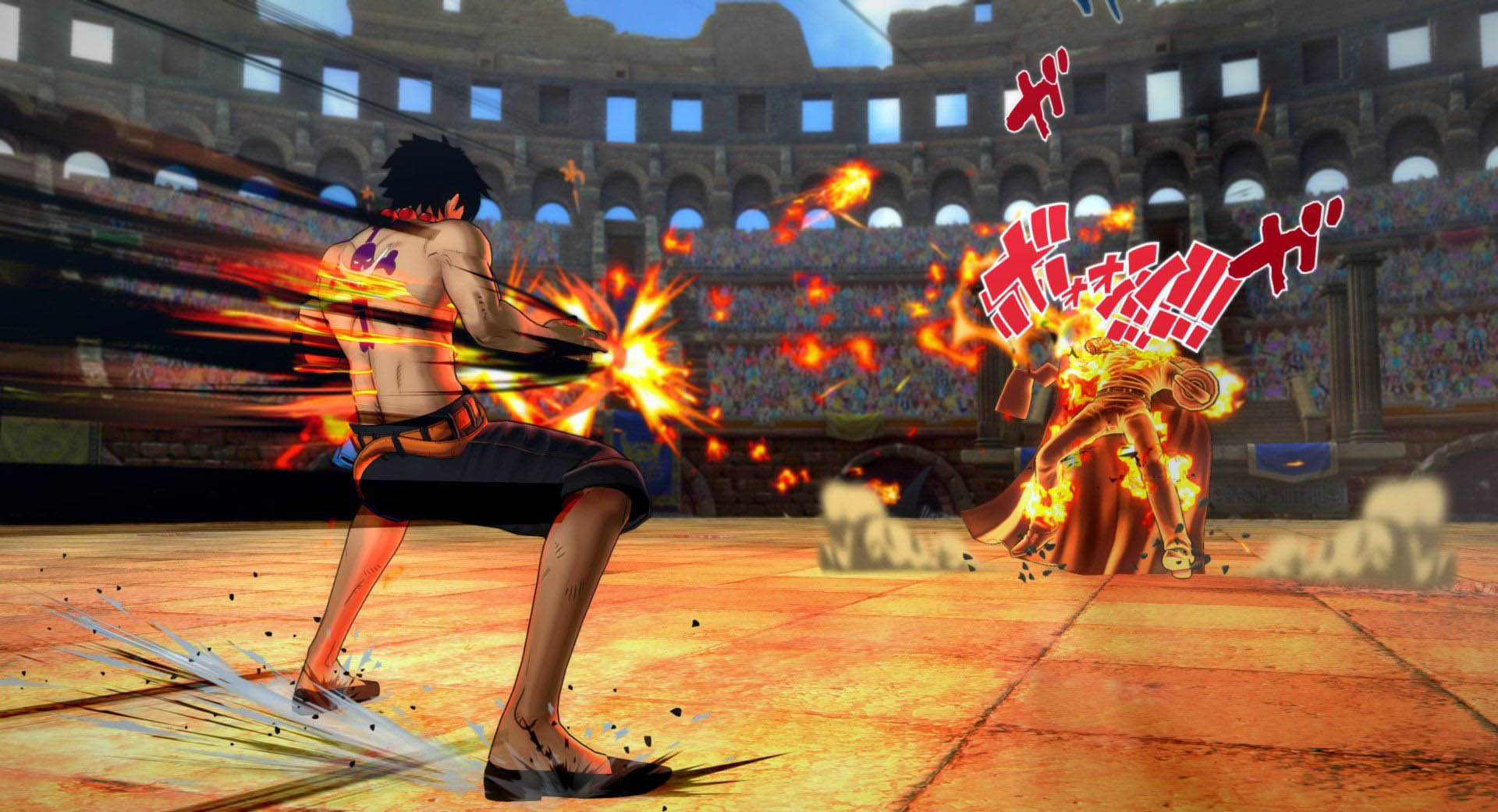 Despite some imbalances, the fact that I could go play as my favourite One Piece characters, even some of the less popular ones like Bon Clay, was enough to appease the inner One Piece fan in me. Without this One Piece factor though, the game is just imbalanced with too little drawing you back in.

It is hard to pinpoint where the core of the game is meant to be. There are a variety of modes, none of which feel developed well enough to make you keep wanting to come back.

There is one story mode, Paramount War, which as you may expect follows the Paramount War, aka the Battle of Marineford or the War of the Best. Due to how many epic characters fight it out, this arc does naturally lend itself to a fighting game. The story takes you through the events through the eyes of Luffy, Whitebeard, Akainu and Ace, arguably the four most important characters in the battle. 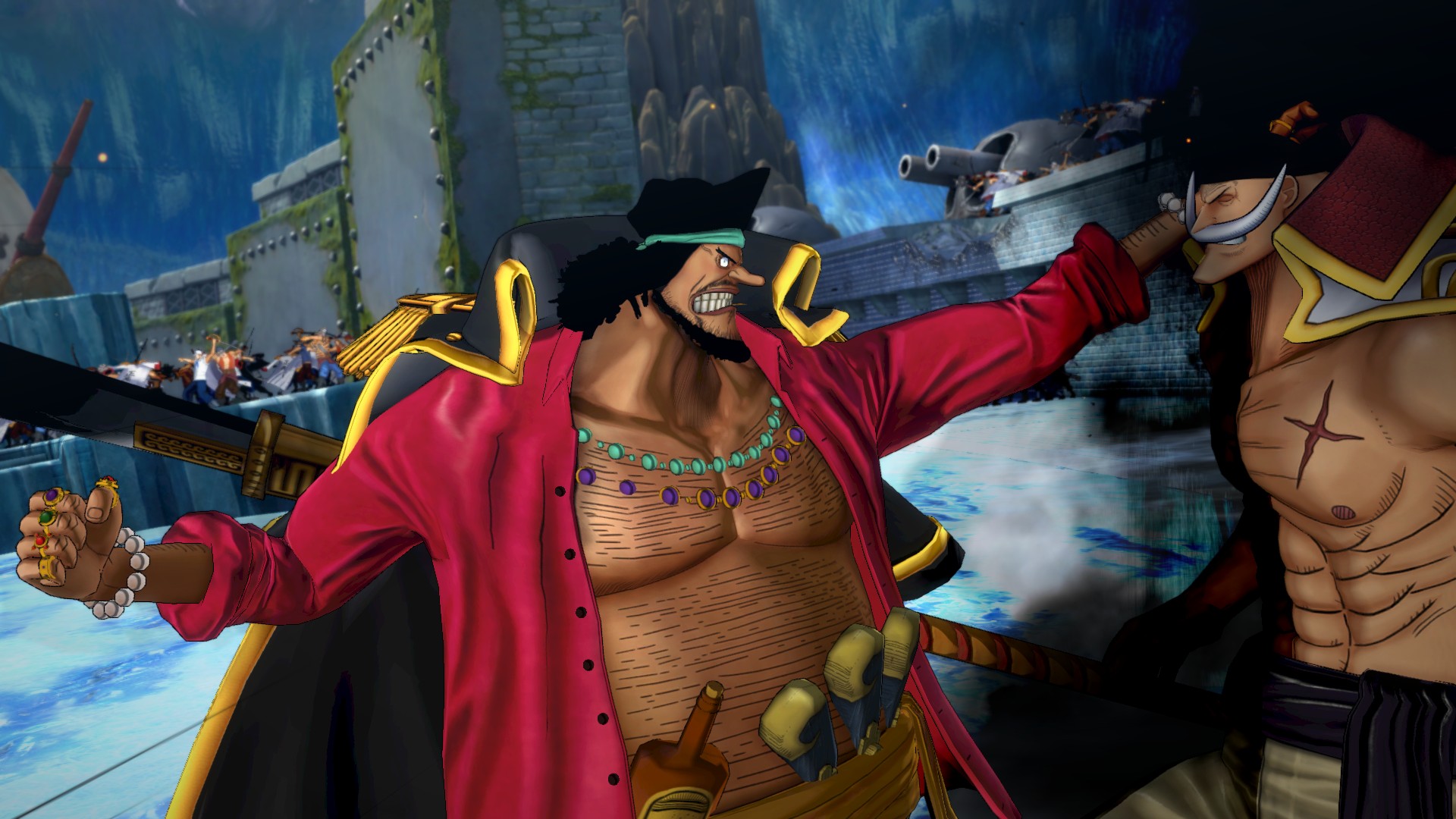 The story isn’t told particularly well and consequently fails to bring the audience along for what should have been an emotional roller-coaster. For fans of the series, this isn’t too big of an issue as you will already know the story and would have already lived through the moments. Instead the ability to play through all the epic fights and see the story through different characters’ eyes will keep you hooked until the end. For non-fans, it won’t be particularly interesting and might not make a lot of sense as there is a lot of assumed knowledge.

As battles are over within a few minutes, this story mode doesn’t last particularly long. You should easily be able to blow through it in about 3 hours. Once you have finished there is nothing that makes you want to go back in.

Instead you must look to the other game modes to find somewhere else to lose your time in. The main candidate for this is Wanted Posters. Here you are provided with an overabundance of wanted posters containing a combination of opponents which you must take on. Some of the higher difficulty posters contain conditions on the challenges. 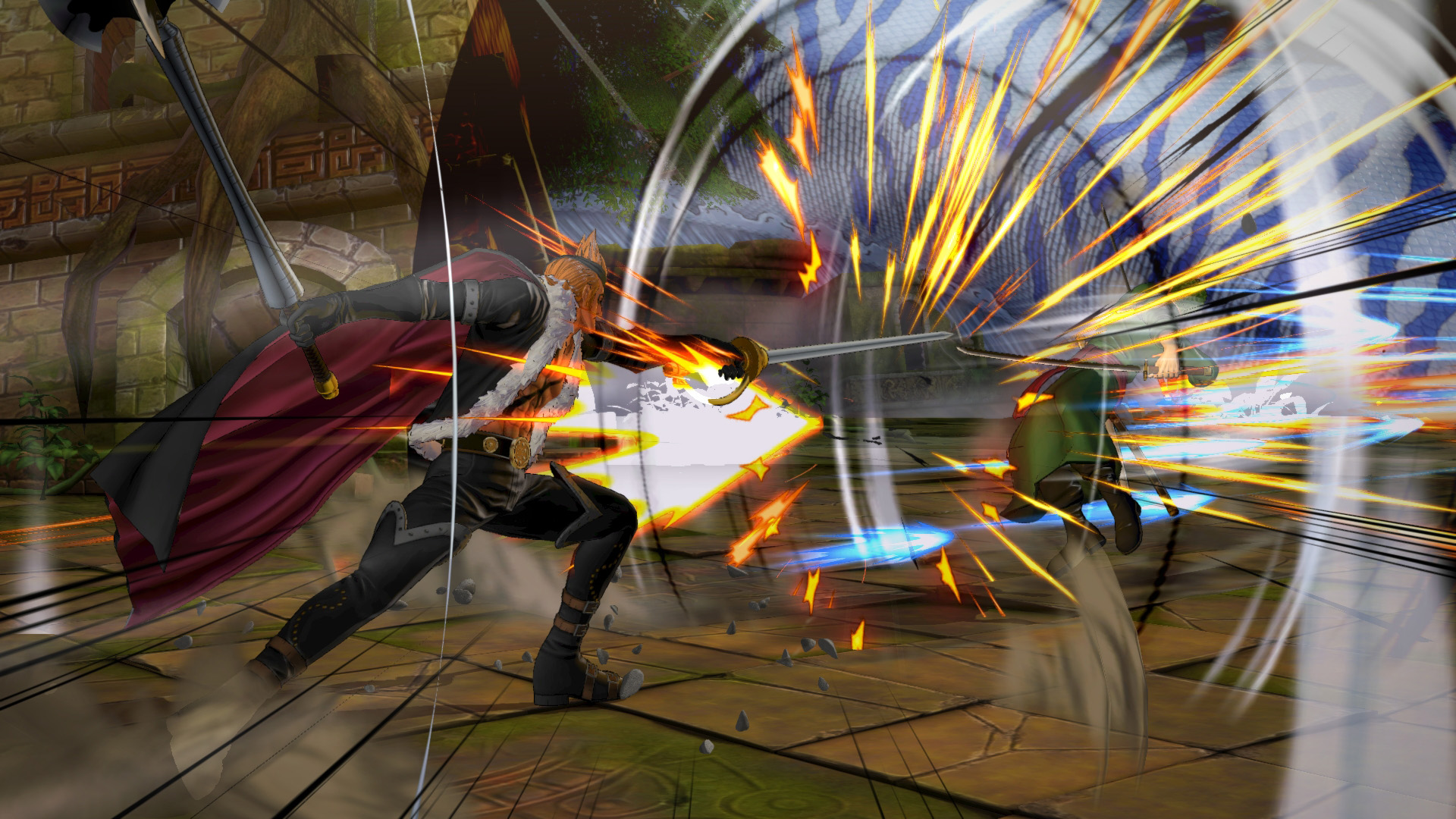 Selecting a team to take on these posters is initially a lot of fun. There is also a lot of opportunity, at least in the lower ranking posters, to play around with different characters. The repetitiveness and lack of an overarching goal to keep you going does make it easy to lose interest. You do gain money which you can use to unlock other characters but it doesn’t take too long to unlock them all and realistically there will be characters you won’t care to spend time unlocking.

Outside of this there is also an online mode which allows you to pick a team and fight other teams for different territory. There isn’t a lot that really draws you into this mode. There is also the problem that the teams are based on pirate crews from the show meaning that the vast majority of people are going to jump into the Straw Hats.

If you love One Piece you are going to get some kicks out of One Piece: Burning Blood, even if only for a few hours. The large number of playable characters alone should be enough to satisfy most One Piece fans. The imbalance of the characters in combination with a poor selection of modes unfortunately makes it a poor choice if you are just looking for a fighting game. If you are a One Piece fan itching for the next One Piece game this game will be worth a look, otherwise you will do well to steer clear.