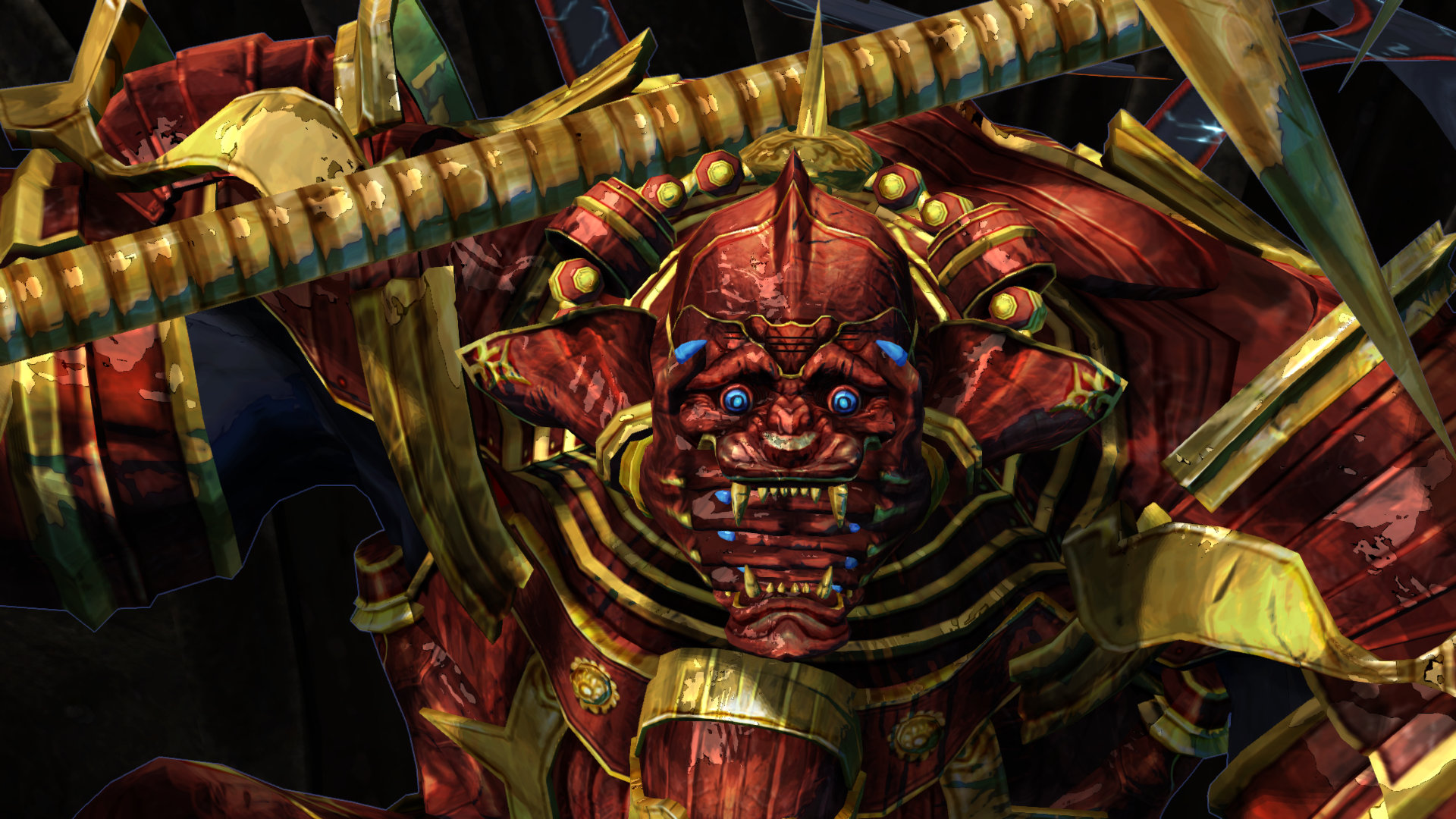 Malicious Fallen is Alvion’s PS4 revamp of 2010’s Malicious for PS3 – which was also ported (with extras) to PS Vita as Malicious Rebirth in 2012.

It’s also Alvion’s first release since then, so I was really excited to see what the Malicious series is all about this day in age, seeing as I haven’t played the originals.  The first thing to strike me was how visually gorgeous this game is, complete with vibrant shifting colours, vivid explosions, iridescent sparkles and glowing runes.  I played on PS4, but I can imagine how gorgeous it would be with PS4 Pro’s 1080p / 60fps support… however, the eye candy doesn’t make up for the many shortcomings that has earned Malicious Fallen my title of “Most Boring and Frustrating Game of 2017… so far”  And yet, I can’t shake off this niggling feeling that there is a certain genius to this game that I just can’t quite seem to gel with. 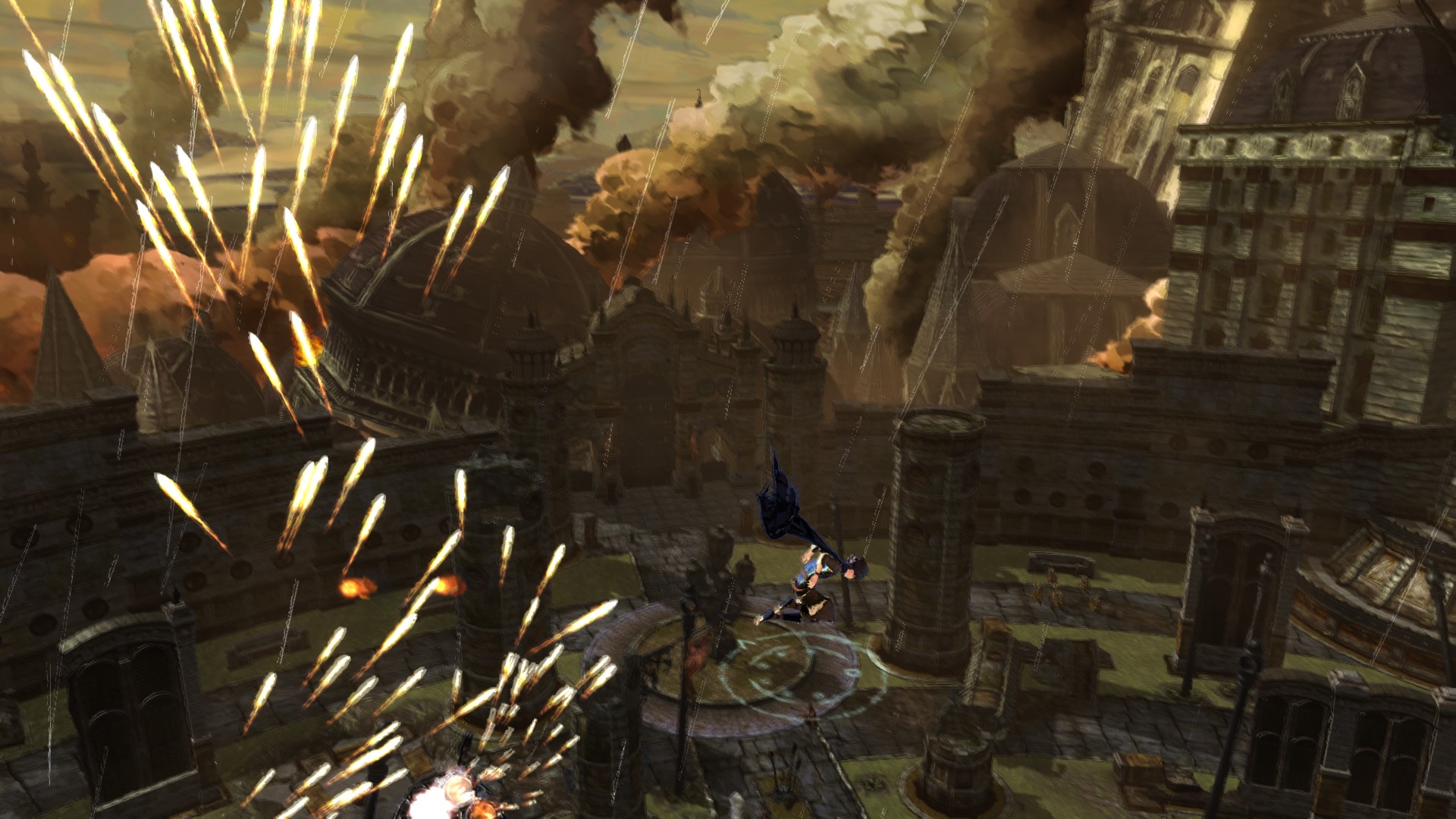 Those who are familiar with the set up of Malicious will know that rather than clearing Levels to face off with a boss at the end, you face off against a series of bosses in timed arena-style Levels, that you can pick and choose the order of at random.

Each boss has it’s own unique battleground, weaponry, strengths, weaknesses, minions and battle patterns.  Each go through a power up surge once you’ve lowered their health enough, and naturally, their powered up form is more ferocious and gives them more abilities – flight and increased speed for example.  Defeating a boss will give your weapon their abilities, which can help you defeat the next one… but in turn, each remaining boss gets progressively harder.

Once you’ve beaten all 5, you square off against the Malicious – the BIG boss that is an utter bitch and a half to kill, if you decide to keep playing it that long.  I say that because you’d be forgiven for losing interest in the game long before clocking it, because it feels every inch as repetitive as Fallout 4’s settlement radiant quests.  And that’s saying a lot.  For me it got boring fast. 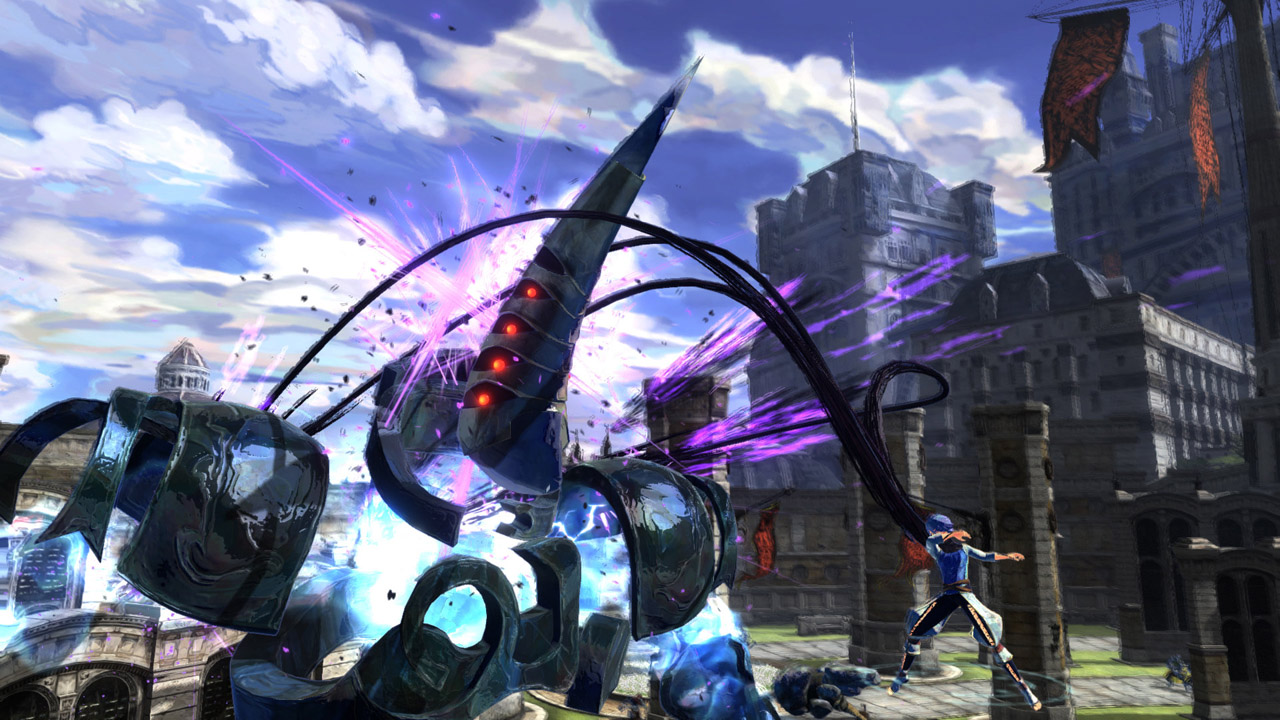 You play as a Spirit Vessel, a spirit who takes on a physical human-like form to rid the world of evil, and your weapon is the Mantle of Cinders – a shapeshifting shadowy cloak that floats around your shoulders.  The Mantle is initially quite weak and has only two abilities to start with: Sorcerous Bullets and Fists, but you can also utilise combos for max damage.  More power and weapons are added to the Mantle with each boss kill, and the strength of it’s attacks can be increased by collecting and then releasing Mana, oops I mean “Aura”, and you can also use Aura to heal yourself.  Managing Aura effectively is key to defeating each stage, and to collect it, all you need to do kill the waves of minions that come after you while you’re trying to defeat a boss.  The minions are so easily killed, that they seem little more than just an in-game excuse to justify the Aura design and mechanic.  There are ways to increase the Aura haul in battle and other tricks you can use with it, but I’ll let you discover that for yourselves.

So who exactly are these bosses?  Where did they come from, what do they do and why are we fighting them?  Well, that brings us to the back story. 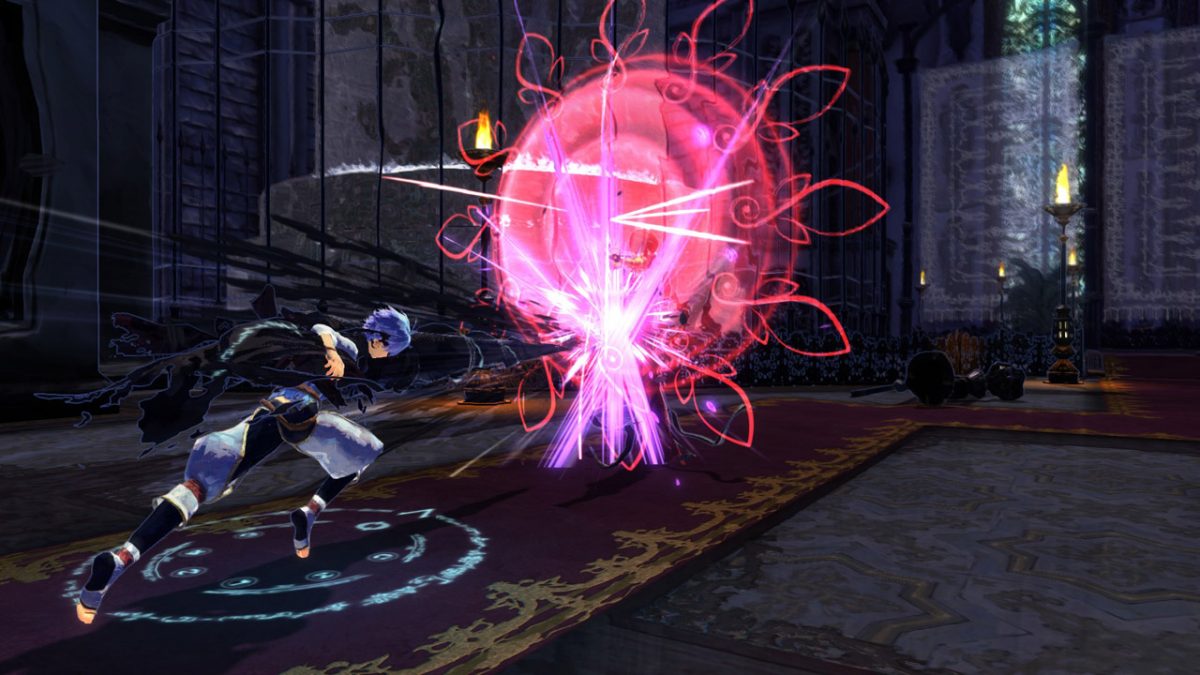 Rather than encumber the relentless action gameplay with background story intros, cut scenes or dialogue, you can choose to read about it in the main menu.  It’s a rather bland tale that is 4 chapters and 36 pages long, yet feels more like a hurriedly tacked on footnote rather than an epic beserker-fit rousing history lesson.  Seriously.  Aside from die-hard fans, who has the time or inclination to read all that when wanting to play this type of fast-paced action game?

Being a reviewer, I read through it all regardless and it was pretty tedious.  If you just want pure combat, I’d advise to miss it out altogether as you can find out all you need to know for battle, with one paragraph of dialogue about each boss in the tutorials.  The tutorials are found by speaking with the mysterious “Prophet” in the place where our game begins, the heavenly “White Room”.  This is also where you choose your gender, armour, battle, and also how many continues you’d like to have for the entire game.  If you die too many times and use up all your continues, you’ll have to start again…frustrating aye?  Cue rage quit. 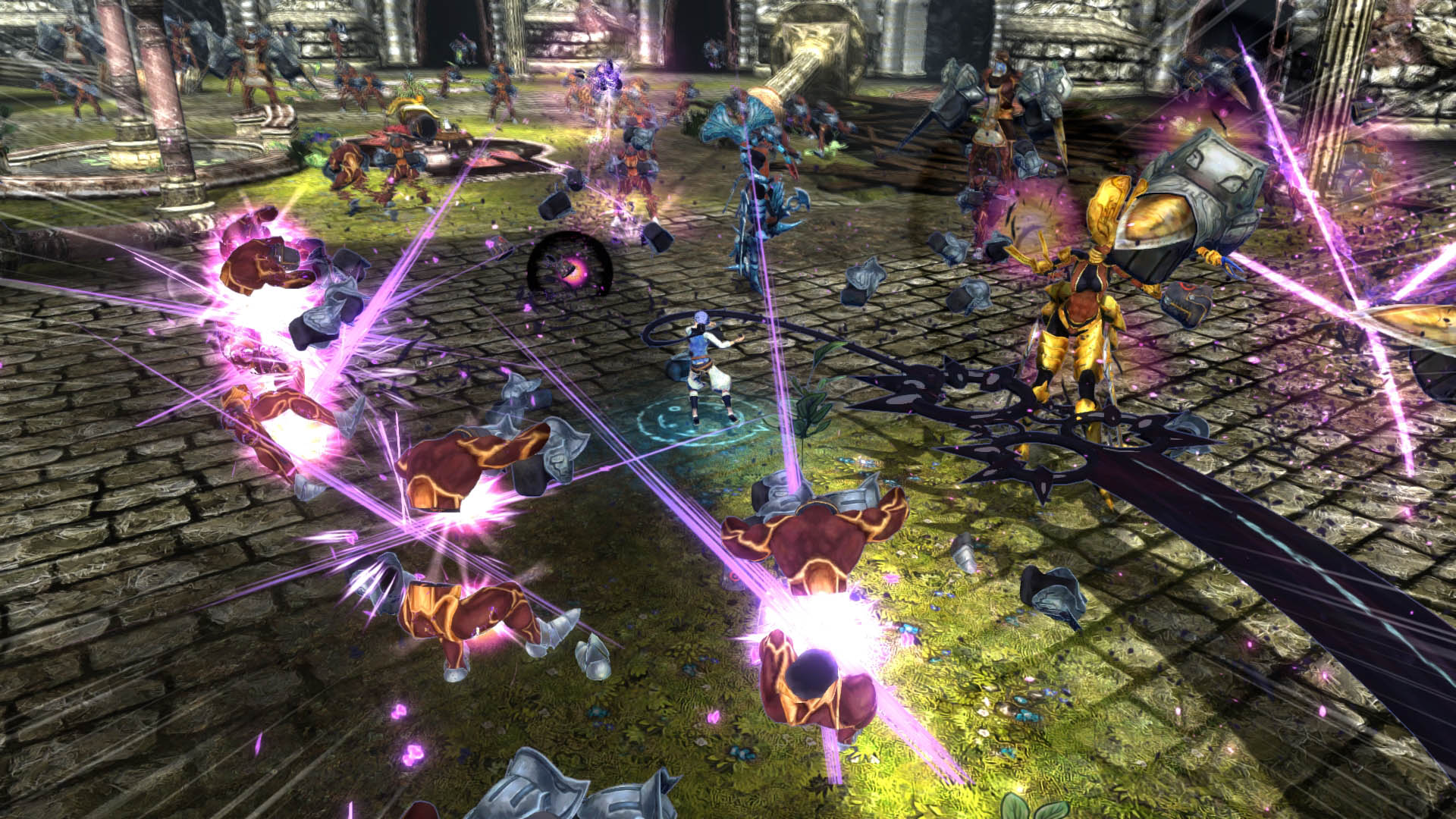 You float and jump rather than walk / run around the battleground, but you can’t come to a complete stop without floating a little further than you had intended, so strategy, observation under fire and learning as you go is a big part of the game.

Visually, it is incredibly smooth and fluid, which is perfect for the pacing and attack styles, BUT one of the main problems is the camera.  It is so sensitive to the controls that it can become difficult to get it where you want it, which in turn becomes disorienting and dizzying.  You are able to lock onto the boss, but more often than not, the camera will either swing around randomly or zoom right into the boss so you cant see which direction you’re aiming your attacks to or what attack the boss is dealing out.  When you’re hit by an attack that you haven’t managed to block in time you are immobilised while the knock out animation plays out, during which time you can still be attacked and killed. 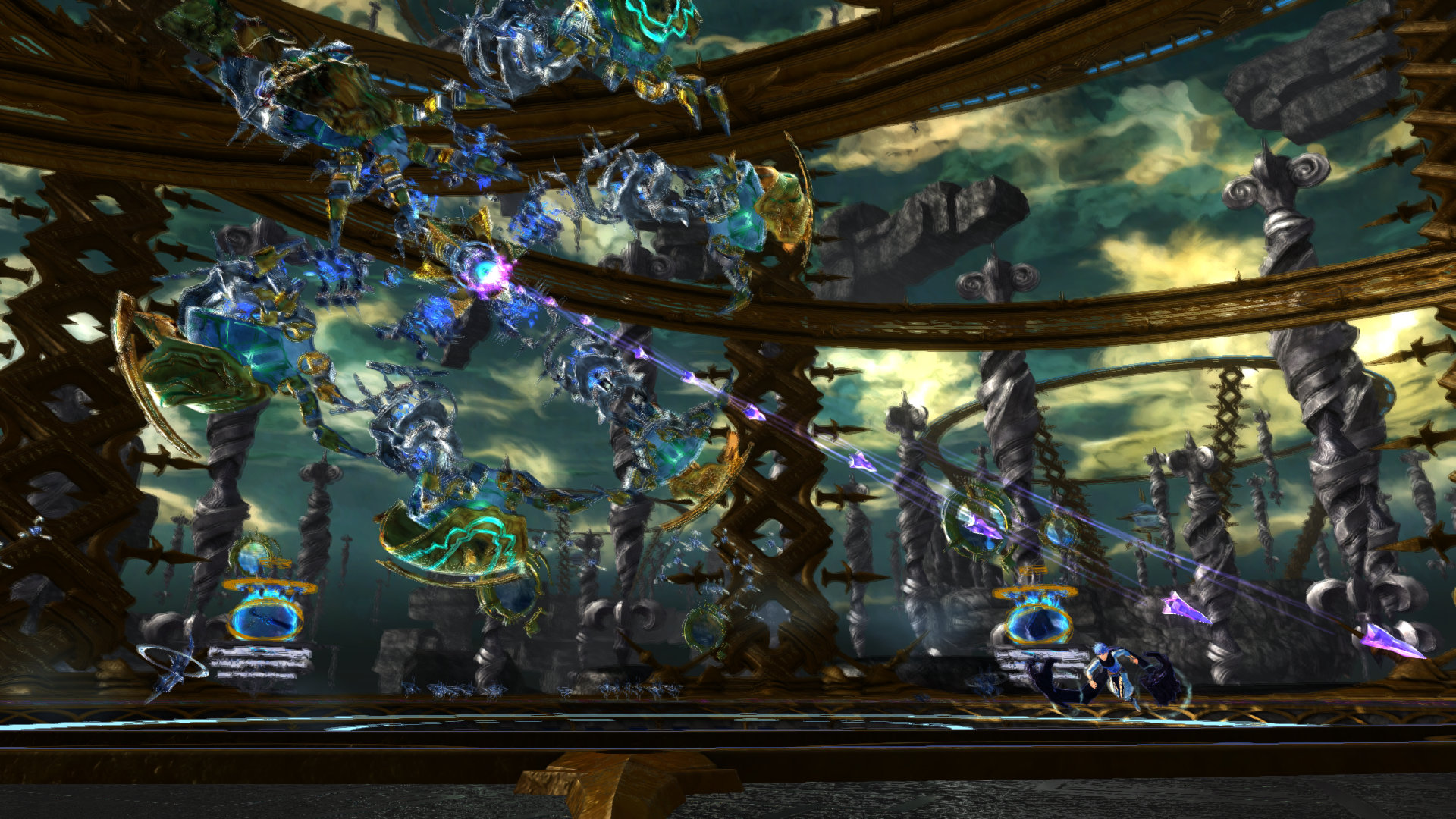 Frustrating doesn’t even begin to describe the frequent disturbances to game flow.  And aside from the visuals, the game as a whole feels very unpolished and rushed.  There are some brilliant ideas going on behind the mechanics, but it has been let down by poor execution.

If the back story had been more compelling, if the camera was user-friendly, if the Boss fights weren’t so repetitive, if the Spirit Vessel had more than one annoying battle grunt for the entire duration of the game…then this would have been killer.  Unfortunately though, it is yet another case of a game that is nice to look at, but is sorely lacking in substance.

It’s not a terrible game, but it’s not a very good one either. 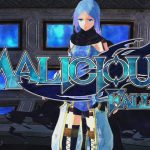