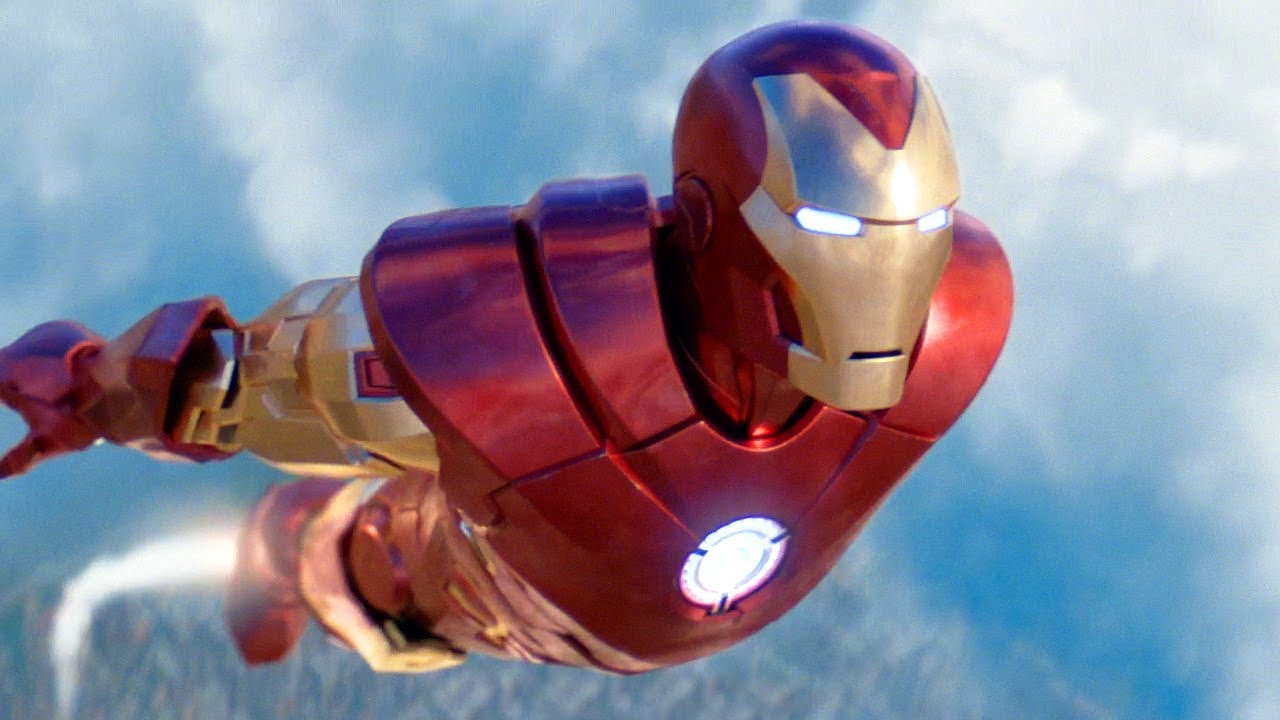 Sony Interactive Entertainment invites players to suit up and take to the skies as Tony Stark’s alter-ego, in Iron Man VR for the PSVR.

Back in late 2016, just after I got my HTC Vive VR kit, I downloaded a demo called HVR. It was a VR experiment by one man, Andre Le, that put players in an Iron Man-style armoured suit and allowed them to fly around. It was great. It really made you feel like Iron Man. Sadly, it was never made into a full game. But the demo is still available on the Steam store.

Almost four years later developers, Camouflaj, have released the official Iron Man VR experience that I’ve been waiting for. If ever there was a super-hero suited (no pun intended) to VR, it’s Iron Man. 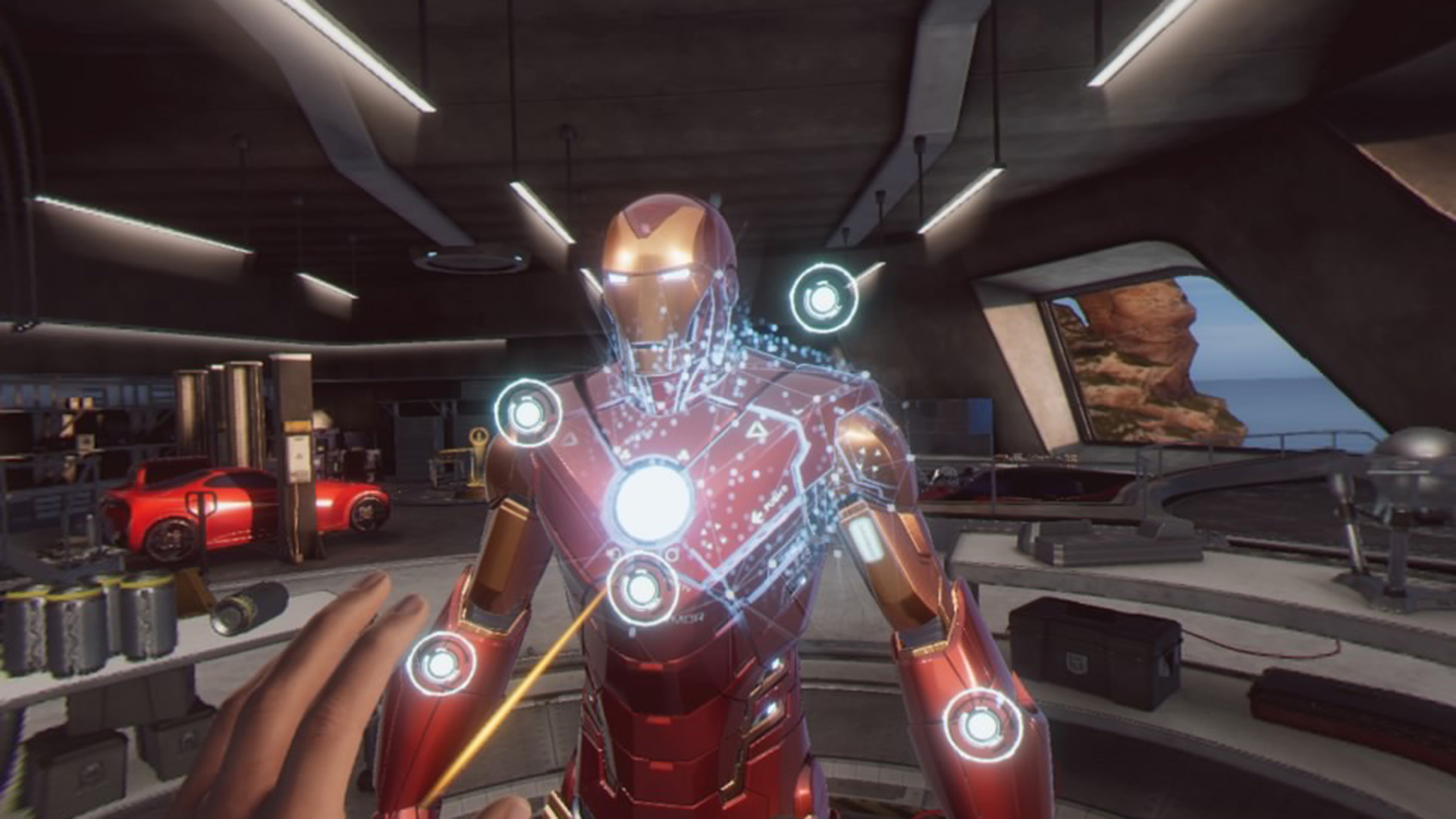 By and large, the developer has succeeded in reproducing the feel of strapping on the Iron Man armour.

To play, PSVR owners will need to own a pair of Move controllers. I’d assume that most PSVR players will have, by now, picked up a pair of these curiously re-purposed relics from the failed PS Eye phase of the PS3.

If you’ve not got a pair of move controllers, you are missing out on a lot of what the PSVR system has to offer. Iron Man VR is available as a combo pack that includes the Move controllers along with the game.

The game starts with a tutorial sequence flying in the Iron Man armour and shooting targets above Tony Stark’s Malibu home.  After this brief sequence players, as billionaire industrialist, head outside the man with Tony Stark for dinner with his assistant, Pepper Potts. Tony tells her that he is quitting the arms industry and retiring his AI counterpart – based on himself – called The Gunsmith. 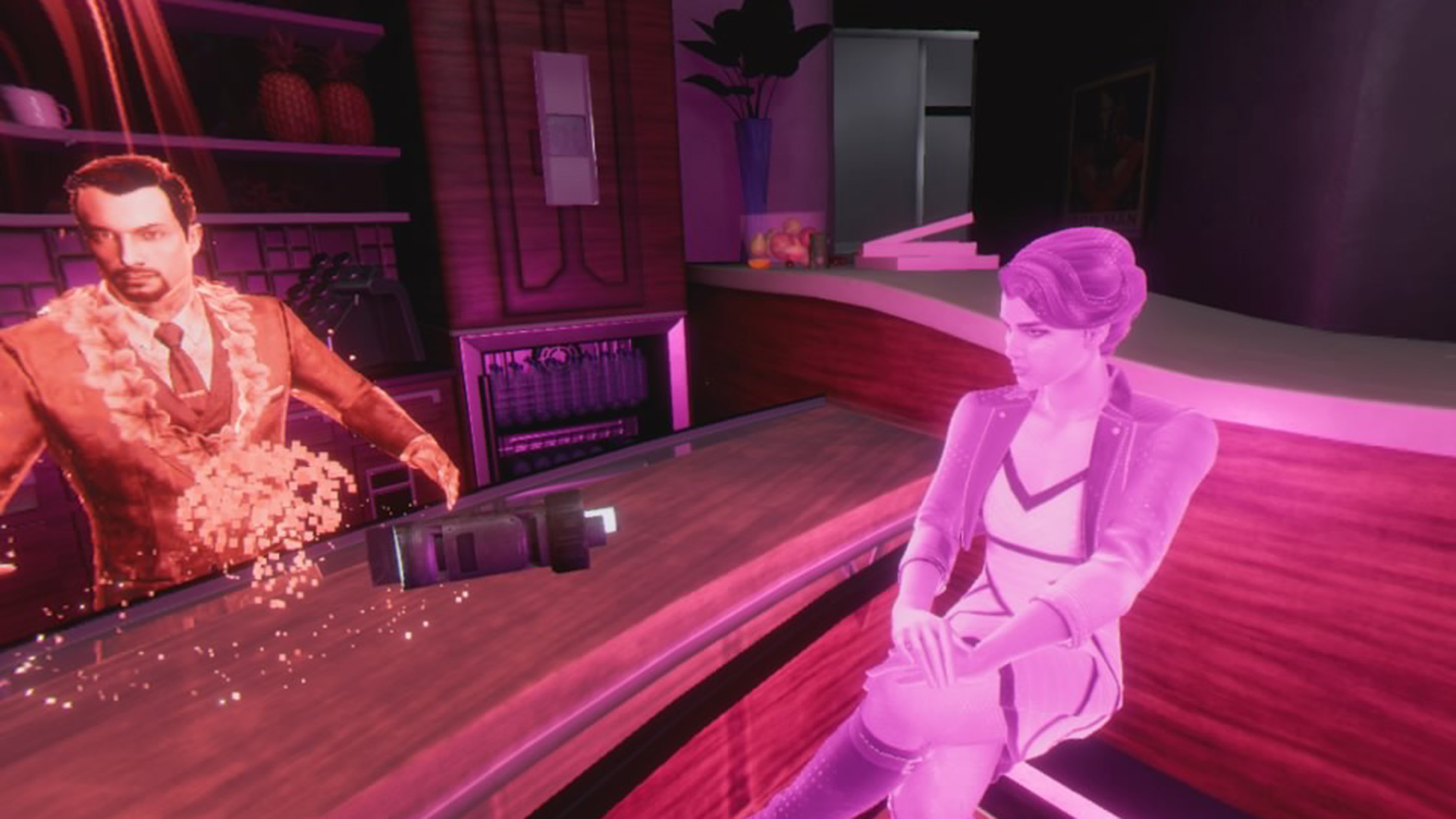 The game then jumps forward in time with Tony Stark now established as Iron Man.

The story is, for the most parts OK. Much of the exposition is conveyed using Tony Stark’s voiceover with a black screen with dust or something floating around. I don’t like black screens in VR, and I didn’t like this. The rest of the story unfolds by gimmicky VR “pick this up”, “open this”, press this button” sort of stuff that would have been OK when VR was just a novelty, but not OK now.

The game suffers from long loading times. Ridiculously long loading times for seemingly short sections of superfluous story elements. There is also a lot of waiting with a totally black screen. Another VR no-no in my book. Just to make those black screens more annoying, the scene’s sound starts up a good ten seconds before the image appears. 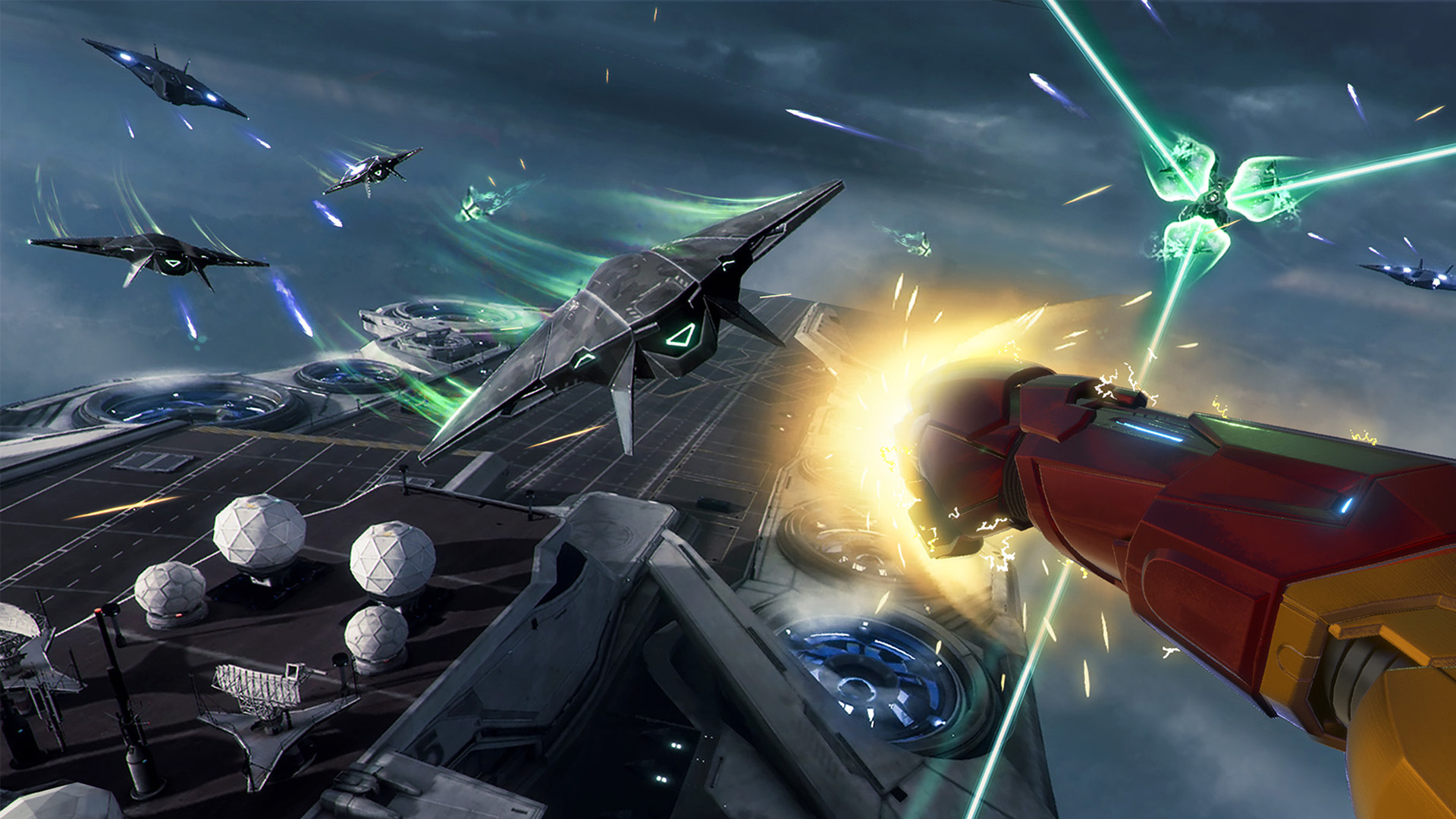 Waiting for ages for some throwaway story sequences is as annoying as hell, when all you want to do is fly around in VR as Iron Man.

The actual flight mechanics have been very well implemented. I really can’t fault them.

In the comics, Iron Man flies using rocket boots and fires his repulsers from his hands. That works in the funny pages, but doesn’t really hold up to scrutiny. The movies take a more physics-based approach with Iron Man’s boots providing the thrust and is boosted by the palms of his gloves providing the flight controls. Look closely at the movies and the suit also has a load of moving control surfaces, as well.

In the game, the triggers of the Move controllers initiate flight, assumedly firing up the boots, which you can’t see, as well as the visible thrust from the palms of your gloves. The orientation of your palms and your head control the pitch and yaw of flight. Double tapping the triggers provides a very satisfying boost. 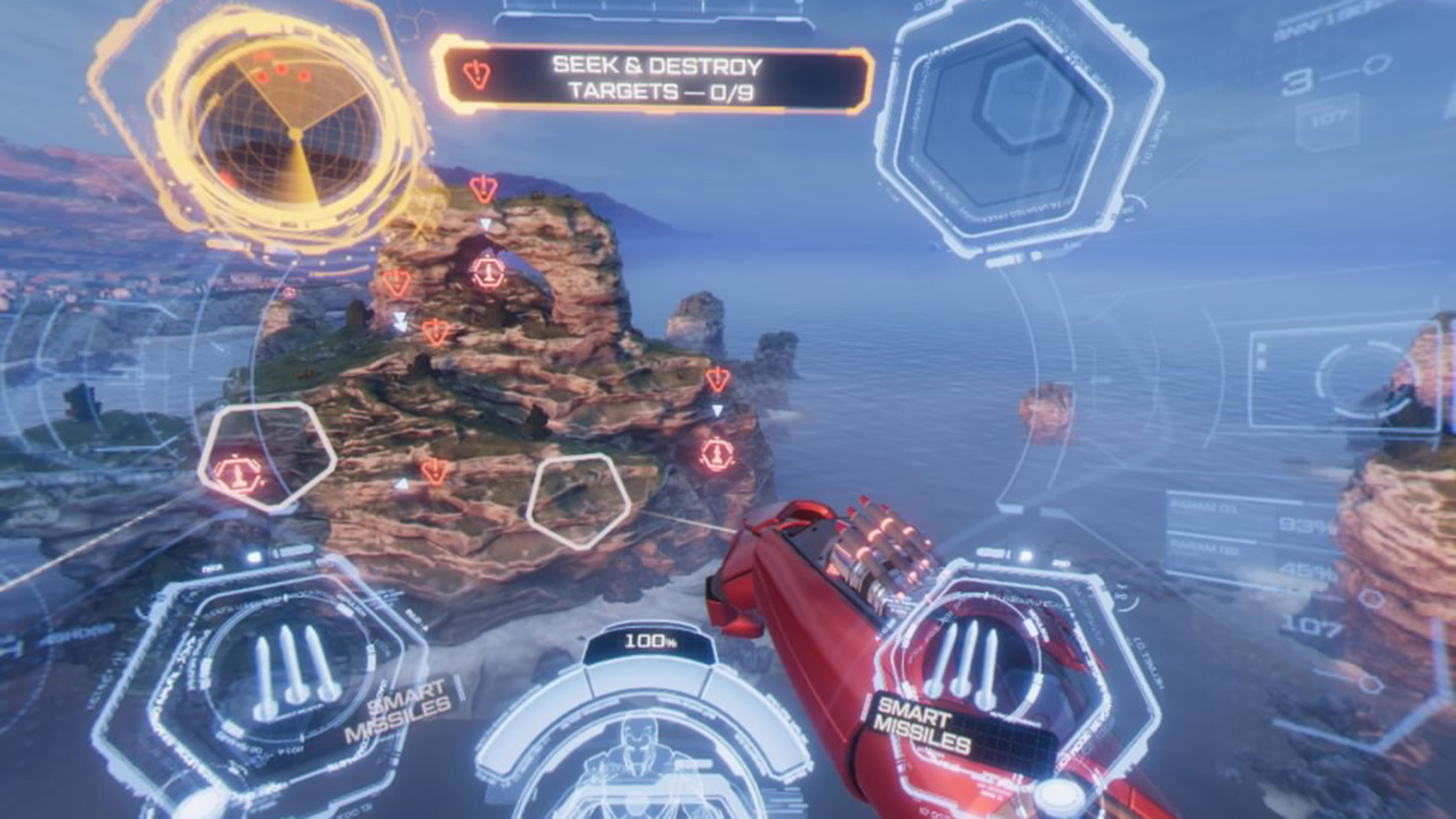 The Square and Triangle buttons turn left and right, respectively. By default, turns are by staged angles, likely to lower the chance of VR sickness for those inclined- something I switched to smooth straight away. The PSVR want you facing the camera at all times, so if you actually twist, or step outside the ever-present little circle on the floor you will get an immersion-breaking warning.

The X or circle button puts the suit in a hover mode. The basic repulser fire is via by placing palms out and pressing the Move button. As you progress the suit get upgrades to its flight dynamics, armament and weapons. The first upgrade is mini-rockets launched from the suit’s forearms, which are armed and locked by bending your wrist down and painting your target and them firing with the Move button. Unless you are hovering, and a stationary target, using your weapons means relinquishing your flight control.

The developers have done a very good job of implementing the characteristics of flying an Iron Man suit using the PSVR and move controllers. But it’s fair from perfect. And that’s more of a hardware issue than the game, itself. 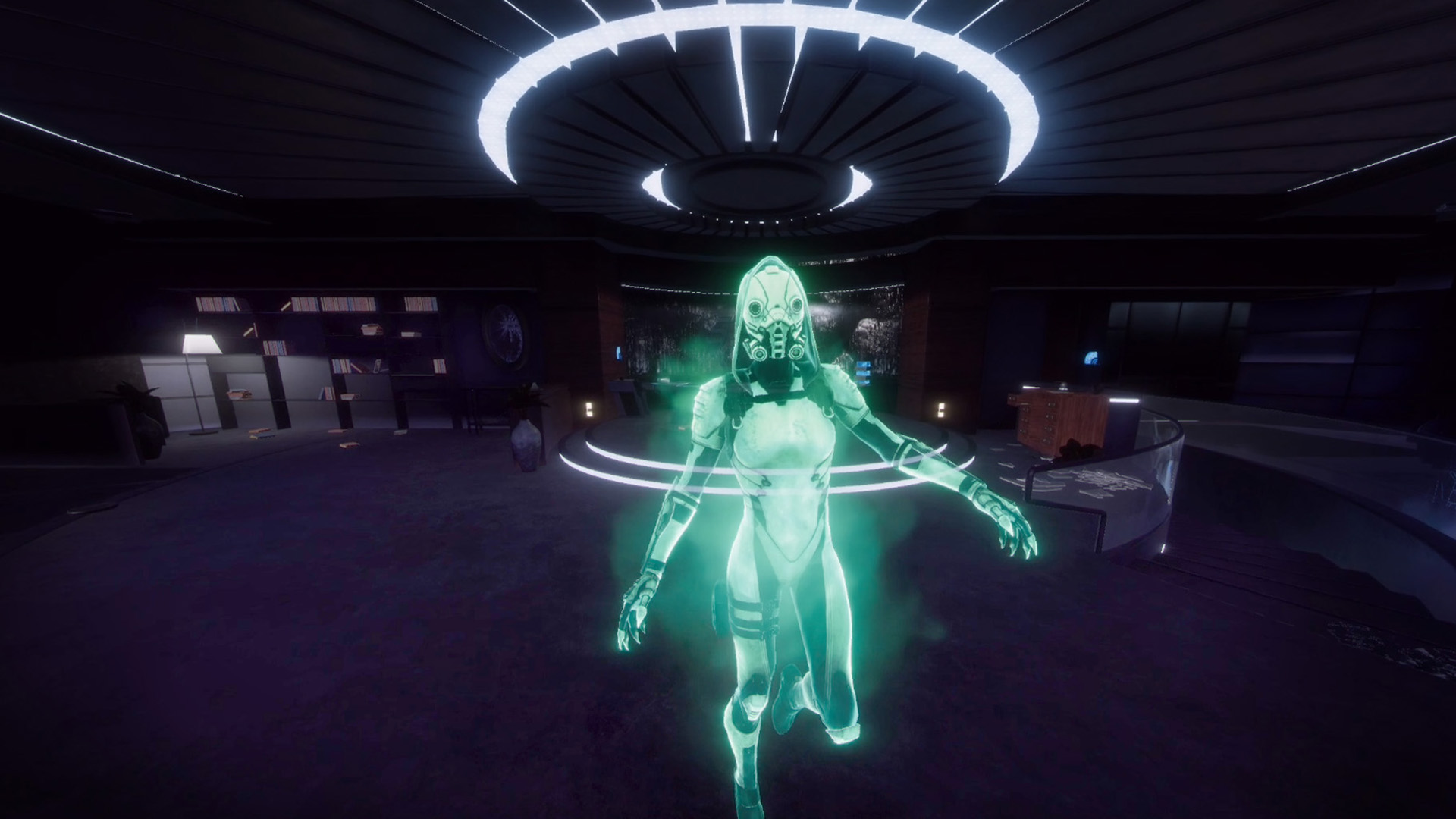 If you’ve seen the first Iron Man film, you will remember Tony Stark’s first test flight in his garage and how difficult it actually is to fly as Iron Man. Unfortunately, the game also replicates the likely enormous learning curve any real-life rocket-man would need to overcome.

Just like games in the flight simulator genre, the powered flight of Iron Man takes time to master. Whilst I found it, by far, the most interesting part of the games, it suffers from the limitations of the PSVR’s camera-based tracking system and the ergonomic design of the move controller (which was never deigned as a VR controller.

The PlayStation camera can only tack what it sees. Whilst the accelerometers in the Move controllers do a good job of translating the twist of your wrists to alter flight direction the desire to turn your body away from the camera rather than use the imprecise button-bases rotation is high. 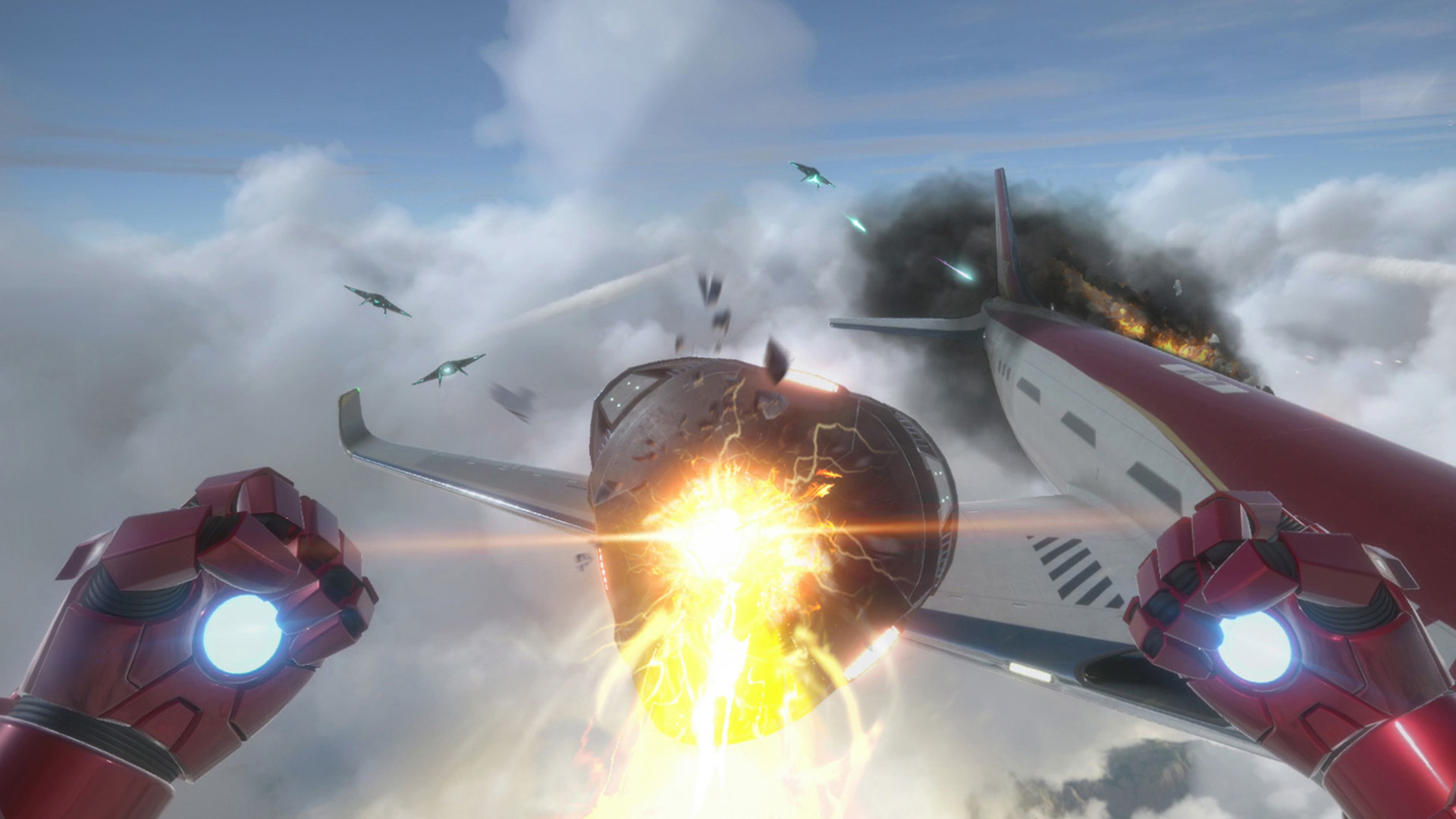 The Move controllers’ buttons are too tiny to be used in VR. I fumbled with the controls continuously. Even the use of the trigger for thrush and not fire resulted in some accidental boosts.Whilst all those buttons are a bit of a mission to remember at the best of times, in the heat of battle, when under a bit of stress, they become all over the place.

With a better controller and proper tracked room-scale VR, the flight mechanics and controls in Iron Man VR would shine. On PSVR, they don’t work that well, unless you are prepared to conquer controls that work against you.

The missions themselves are pretty good fun, if a little repetitive. But I’m not sure what else they could do. You are Iron Man you fly and shoot stuff. As you play you unlock points which can be spent upgrading the suits systems and weapons. 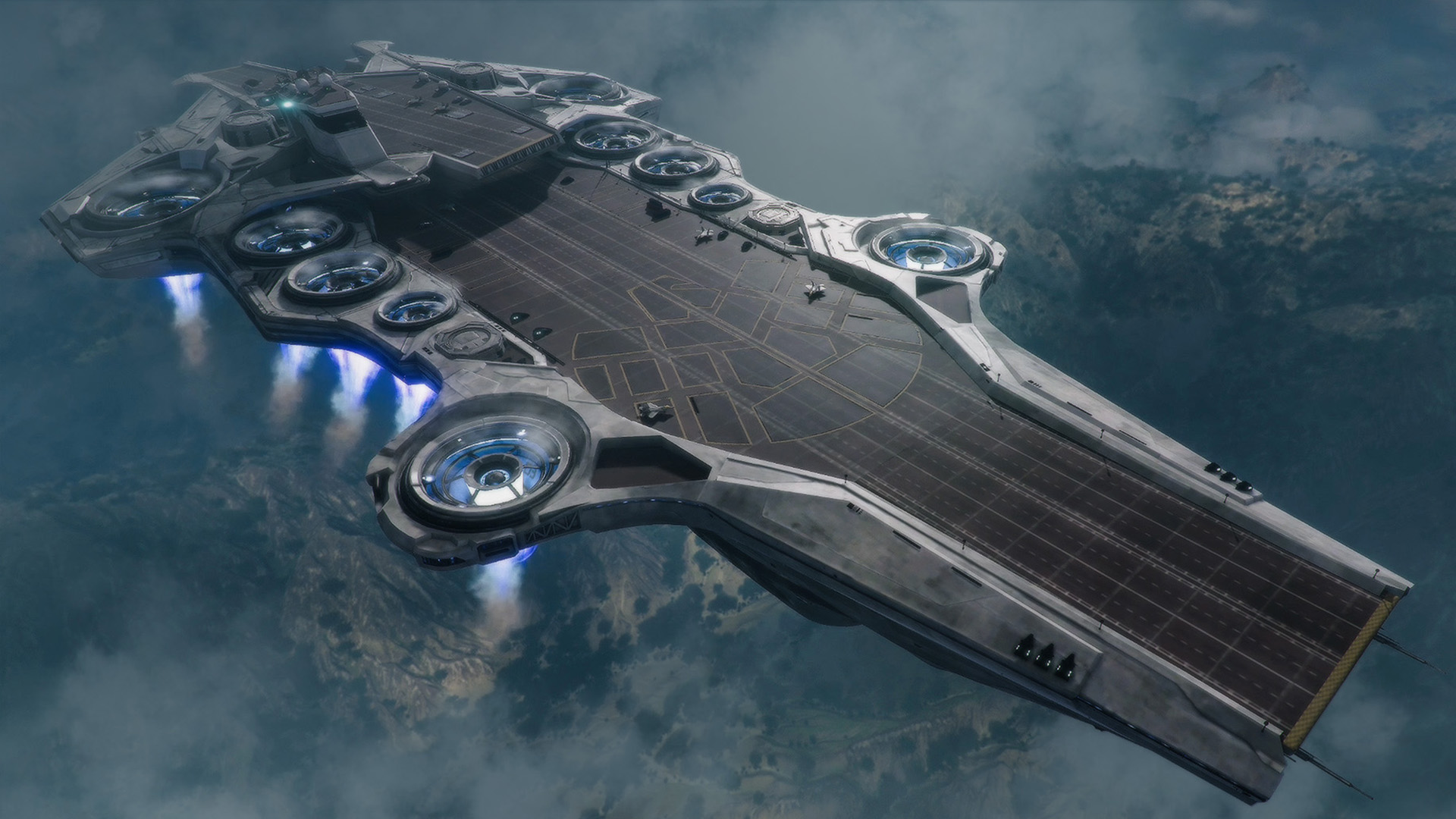 Whilst some of the action sequences are quite immersive and really feel like you are Iron Man, I found the time trial events that pepper the game to be a little annoying. The reset of the time it’s a bit of a duck shoot destroying identical-looking drones.

I also faced a number of game-breaking bugs, like one of the Move controller’s illuminations failing just in the game, and object that I just couldn’t pick up. A restart sorted it out.

The visuals look better in VR that any screen-grab. Standing in front of the armour, it looks great. Also, the holographic look of the heads-up display is spot on. The rest of the visual are a little below par, even on the PS4 Pro, but the framerate and overall VR performance is sound. 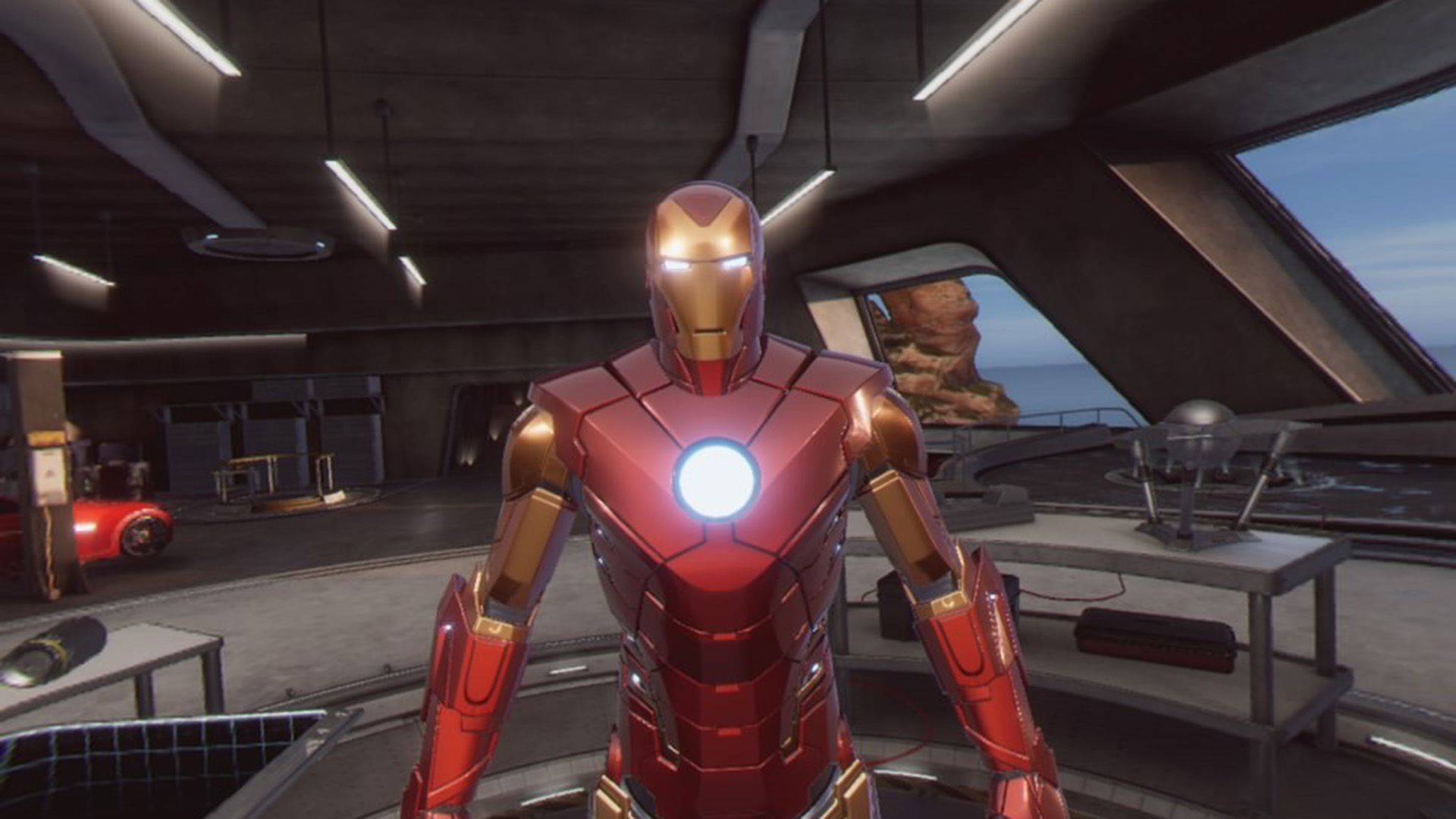 Iron Man VR is a game that I would have lapped up back in the early days of the PSVR. The flight model and implementation are authentic, but this makes in a hard game to master.

As polished as the game is, overall, it feels confined by the limitations of the hardware. The control issues being annoy, but the long loading times being inexcusable.

I desperately wanted to like Iron Man VR a lot more than I actually did. Other Iron Man fans should like the game, but it may need a bit more patience that most players have to spare to really get to grips with it. 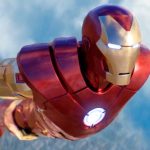 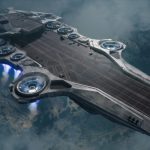 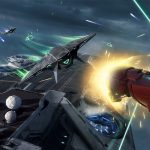 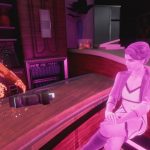 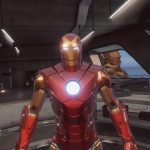 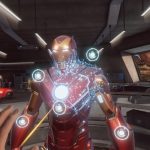 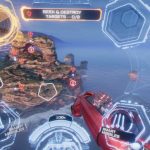 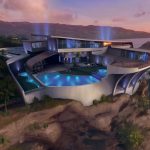 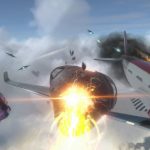 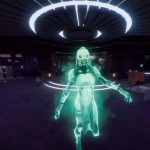