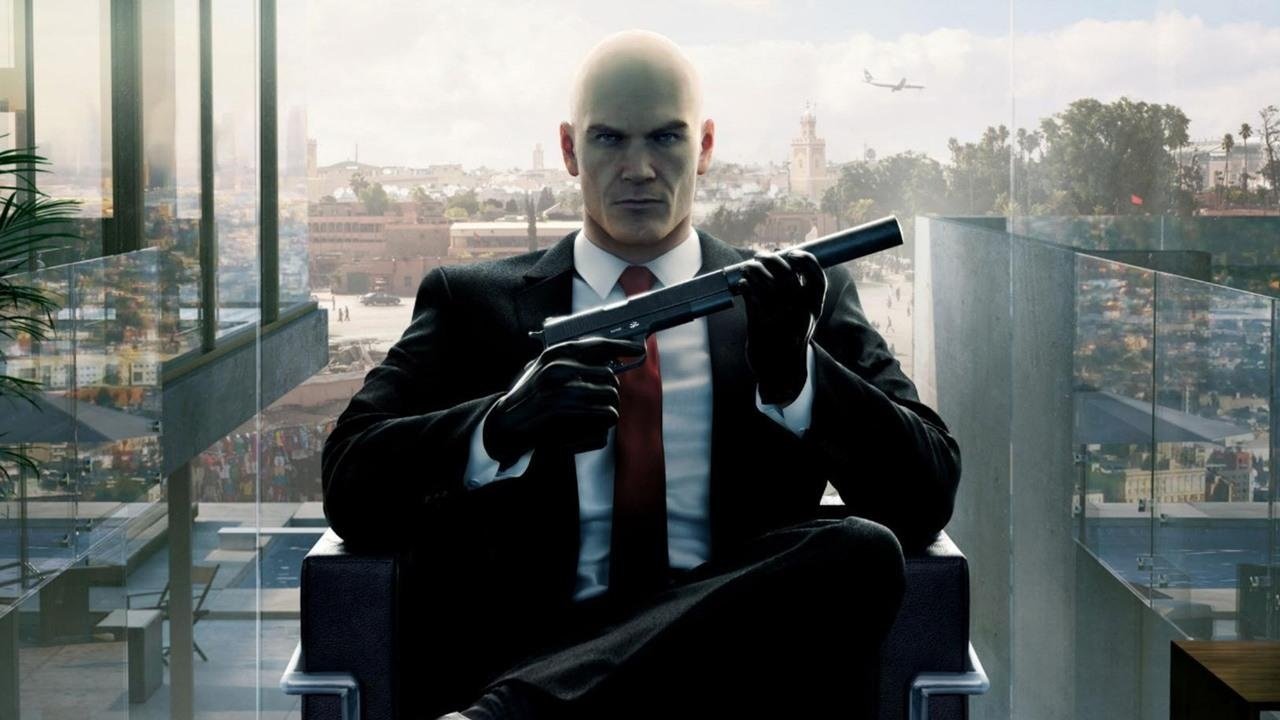 IO Interactive’s sudden departure from Square Enix, taking their Hitman franchise with them, was a surprise. Whilst the episodic nature of the game wasn’t to everybody’s taste, 2016’s Hitman was a solid entry into the veteran stealth series.

Hitman 2 is effectively the second season. In fact, all the episodes of Hitman Season One are available as a DLC pack (which is, if you haven’t already played them, an essential purchase).

The similarities don’t end there, Hitman 2 plays exactly the same game as Hitman. The same mechanics, the same visuals. Basically speaking, if you enjoyed the last game, you are going to enjoy this one. 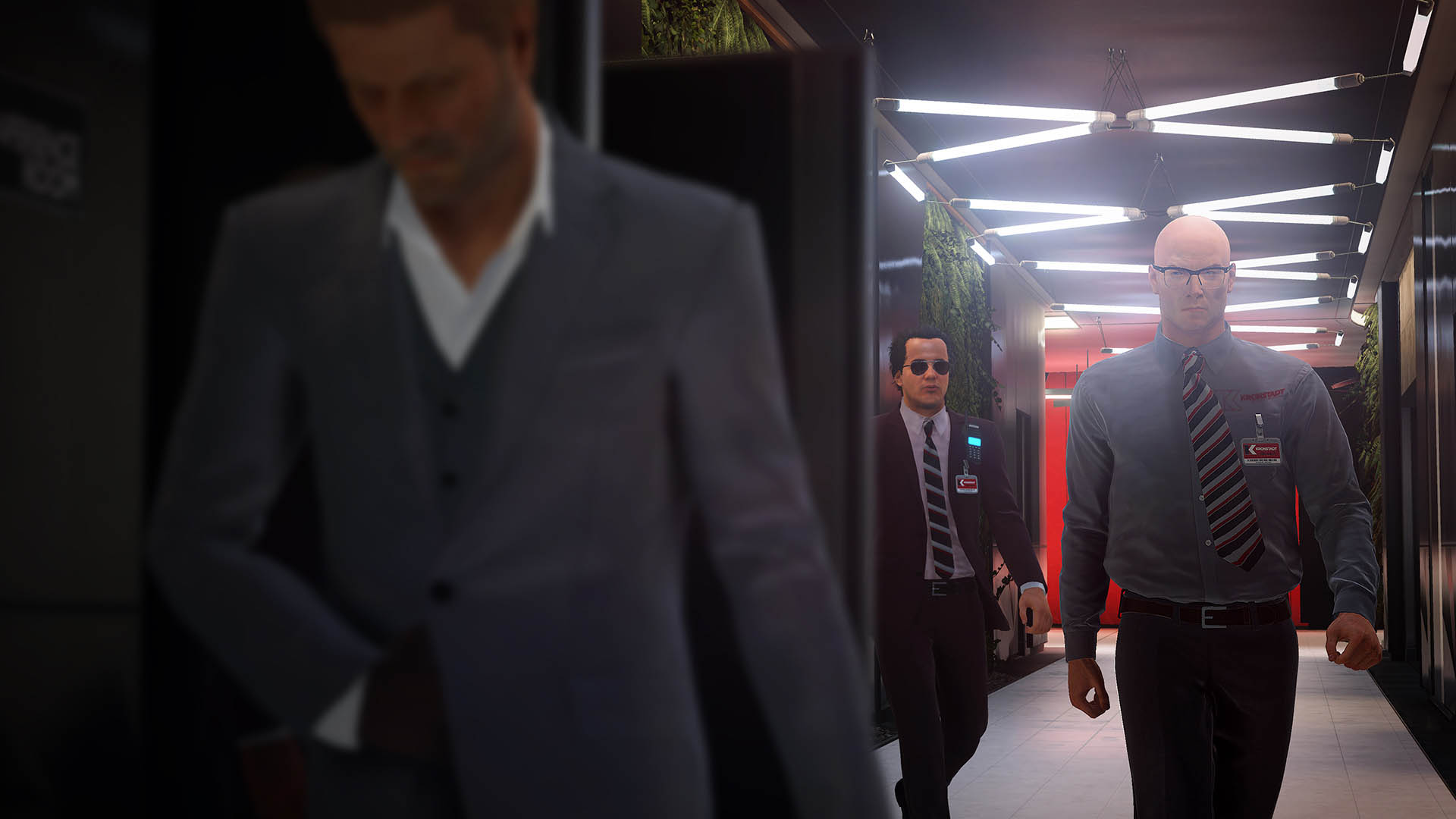 As before, the game requires an internet connection in order to deliver limited-time content such as guest elusive targets.

Once again, players take on the role of Agent 47, a bald assassin with a barcode on the back of his head and no really memory of his past. The story follows on from the last game with Agent 47 and his handler, Diana Burnwood, now employed by the covert world power known as Providence. They have been hired to go after their former shadow client, who had previously been contracting Agent 47, via third parties, to remove Providence operatives.

The first mission has Agent 47 in Hawke’s Bay, New Zealand. He must infiltrate the house of one of the shadow client’s lieutenants, Alma Reynard, to gather intel and dispatch Reynard. It is a rather small Level, compared to the others, that serves well to introduce new players to the game. Helpful tips are provided to get to grips with the game’s incredibly unforgiving stealth system. 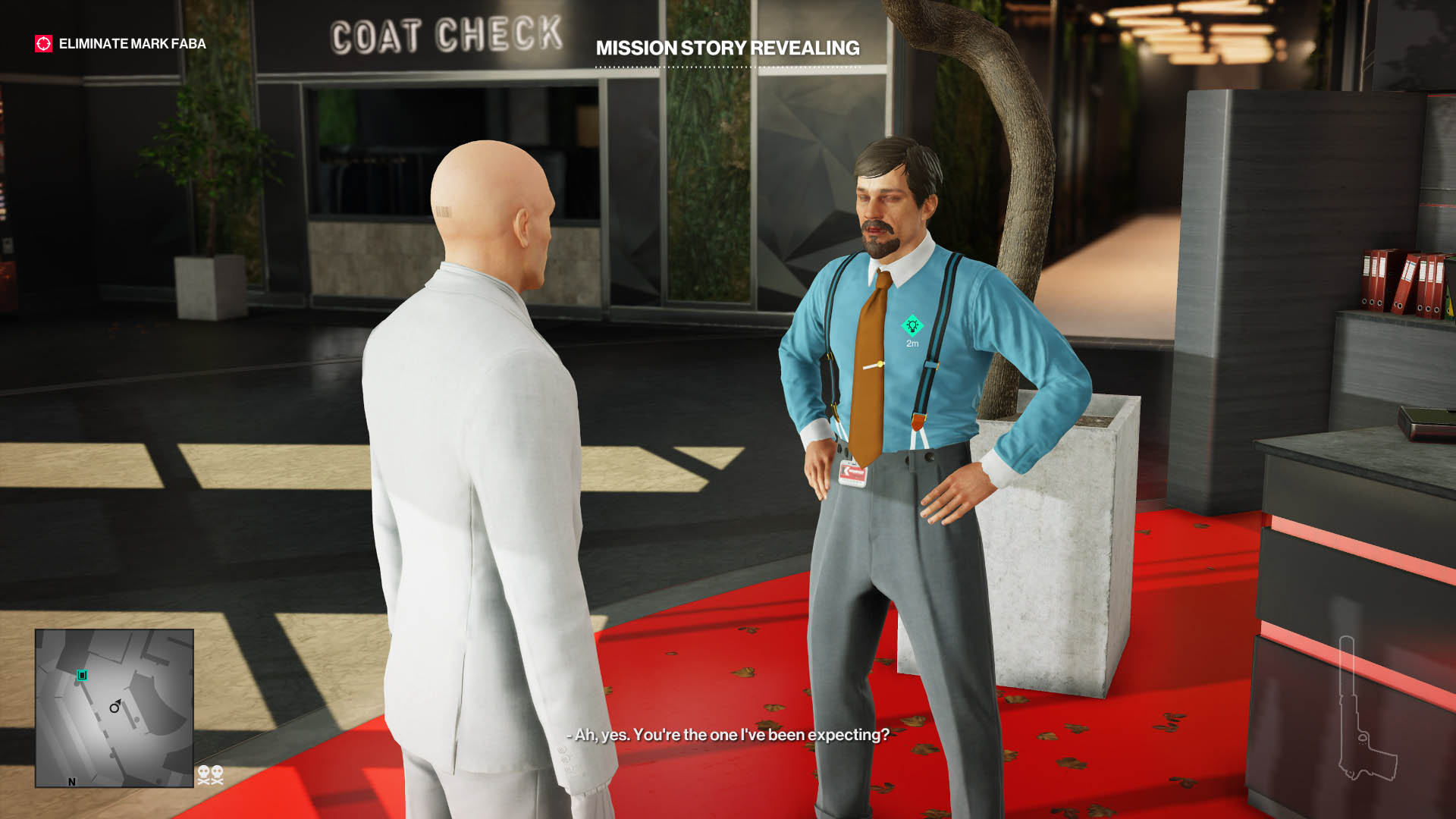 For each mission Agent 47 is given a target or targets, and a number of items and weapons. Each Level is full of items that can be picked up and used to aid you in your mission. The developers have provided a multitude of different way to dispatch the targets as well as countless ways players can make up, themselves.

There are a number of set plots available in each mission that are unlocked by listening to characters. By following the prompts players are rewarded with more ingenious/amusing assassination methods. 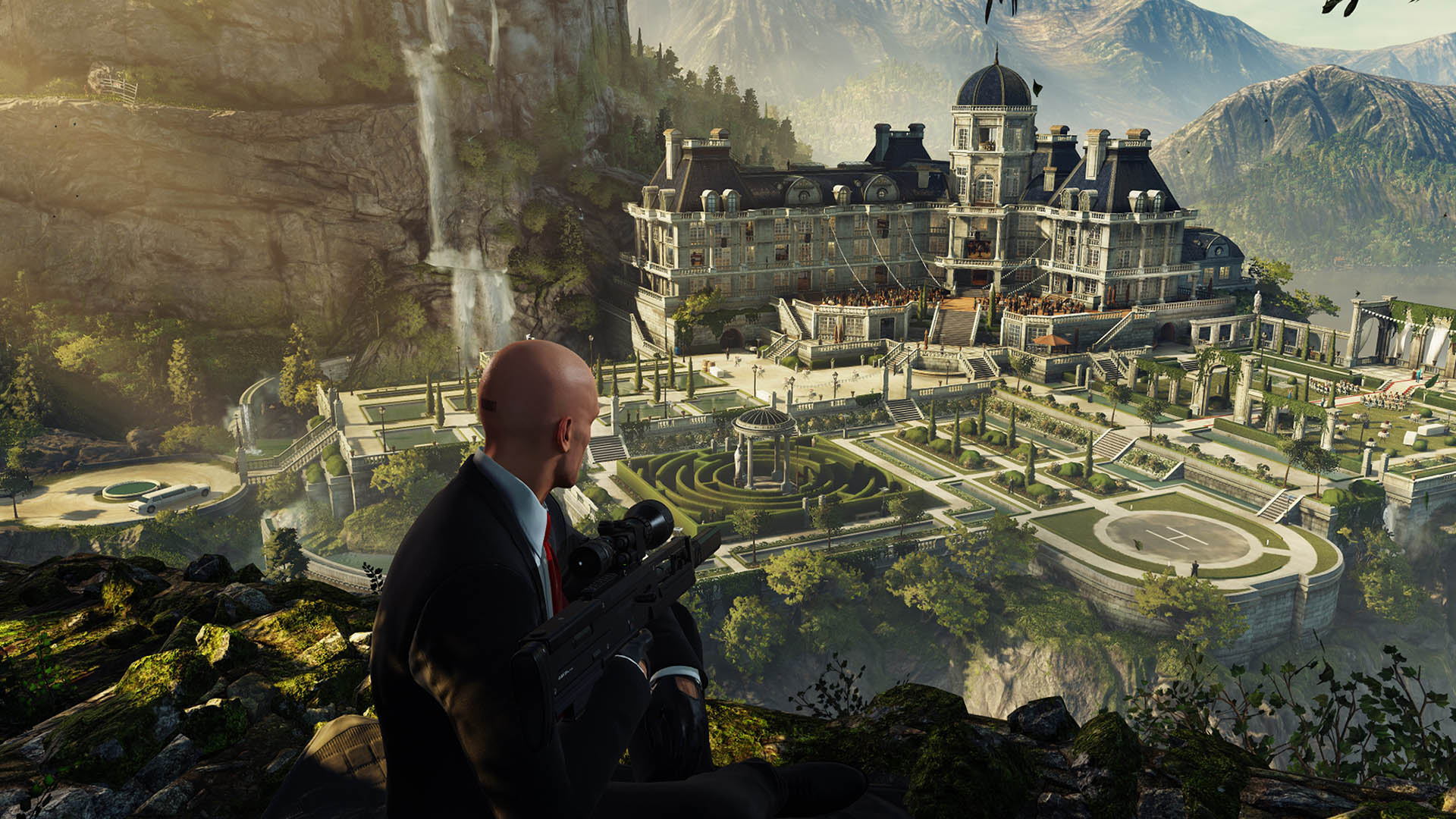 With the exception of the Hawkes Bay Level, there are seven Levels, taking Agent 47 all over the world, dispatching target from Miami to Austria. Packed with people the huge environments are packed opportunities for players to carve out their own Agent 47 story.

The level of detail, the beautifully realised, huge sandbox environments, capacity for emergent gameplay and challenging stealth dynamic makes Hitman 2 more of a puzzle game than an action game. Every Level is designed for multiple playthroughs, with new equipment and starting locations unlocking after each successful mission.

The Contracts Mode adds unlimited replay value to the game, allowing players to create their own targets and assassination criteria and post them online for others to try. There’s a vast number of diverse user-generated missions available for players to try out. 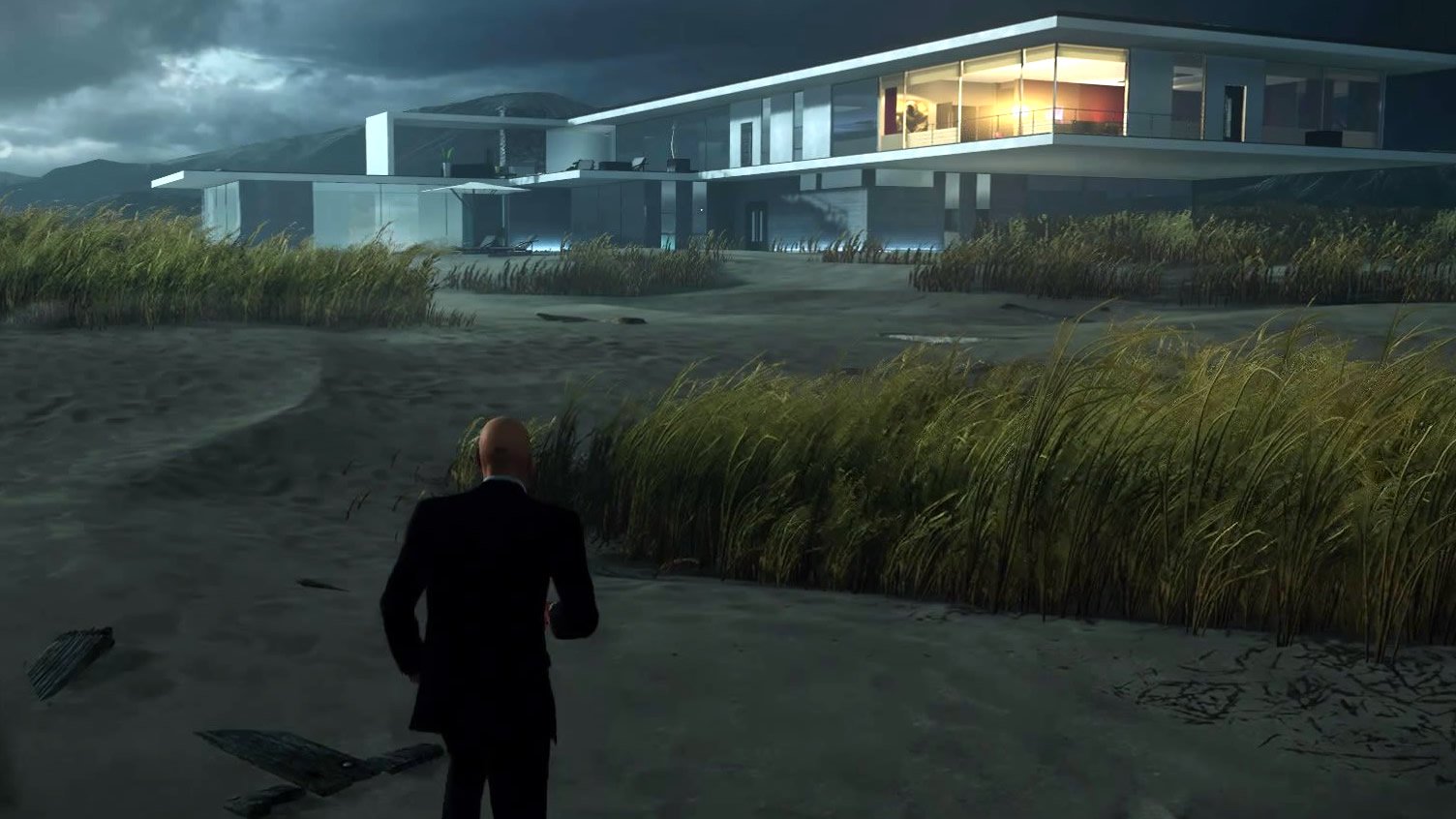 There’s also a bonus Sniper Assassin Level to try out, which has Agent 47 stationary in a sniper’s nest dispatching long-distance targets before they escape. There’s only one scenario at the moment, which can also be played in two-player. I expect more to be added in DLC.

Finally, there’s the elusive target. This unique mode gives players a one-time opportunity to dispatch a VIP. The illusive target is only available for a limited time, after which they are gone forever. At the moment, players have just of a week to take out Sean Bean’s character, former MI5 operative turned freelance assassin, Mark Faba.

For Hitman 2 the developers have gone with an “if it isn’t broken, don’t try and fix it” attitude to bring us a worthy continuation of Agent 47’s story. It’s a tough game to play, but at the same time so much fun. The replay value is astounding with countless custom missions available to play right now. If you are looking for a game that you will be playing for months, Hitman 2 could be the game for you.