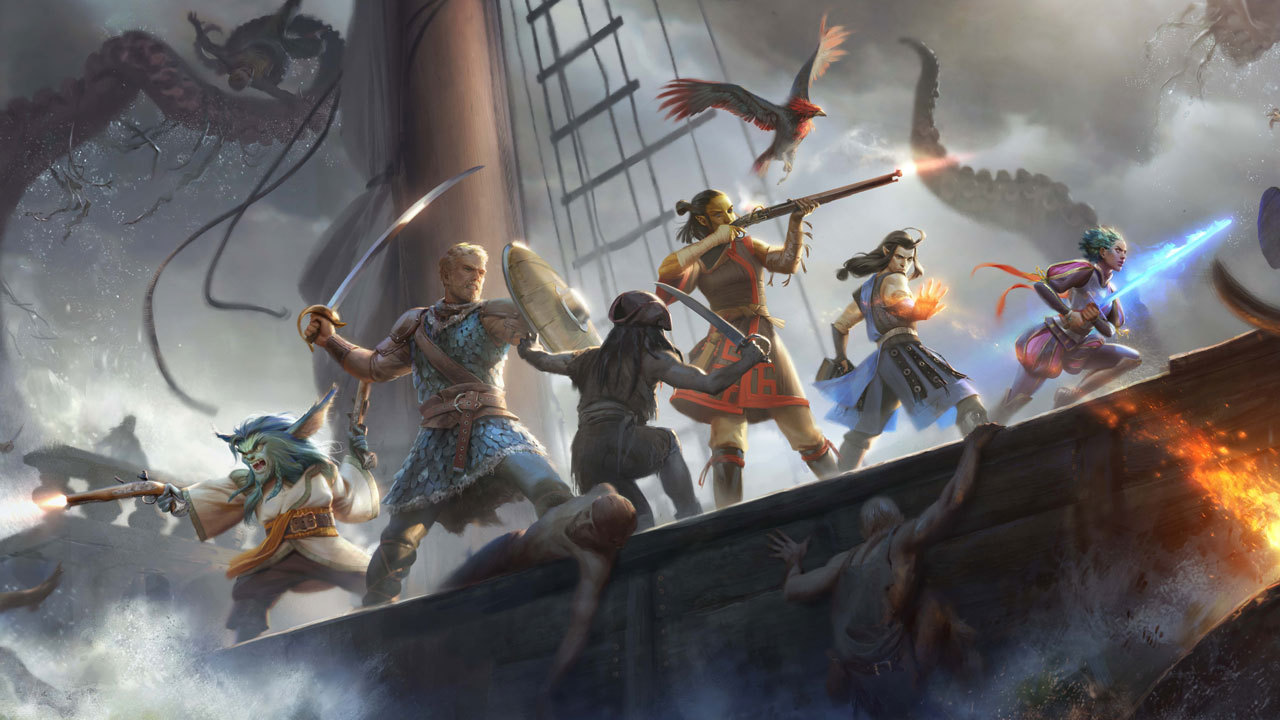 Pillars of Eternity II: Deadfire is another kickstarter success that obviously sequels the first, which has been made by none other than Obsidian. This isometric top down RPG continues to reminisce the old classic style RPGs that the developer is known for with Pillars II: Deadfire.

I was given a preview section of content that showcased some interesting new aspects to the series.

The combat follows that of the first in that it’s a live action strategy style combat that allows for a pause option. This can take some adjusting to but if you are fresh from the first you will pick it up fine. After some adjustment, figuring out the given party members abilities and how best to utilise them it did take the combats to a more strategic level that I found quite enjoyable with the party on hand. 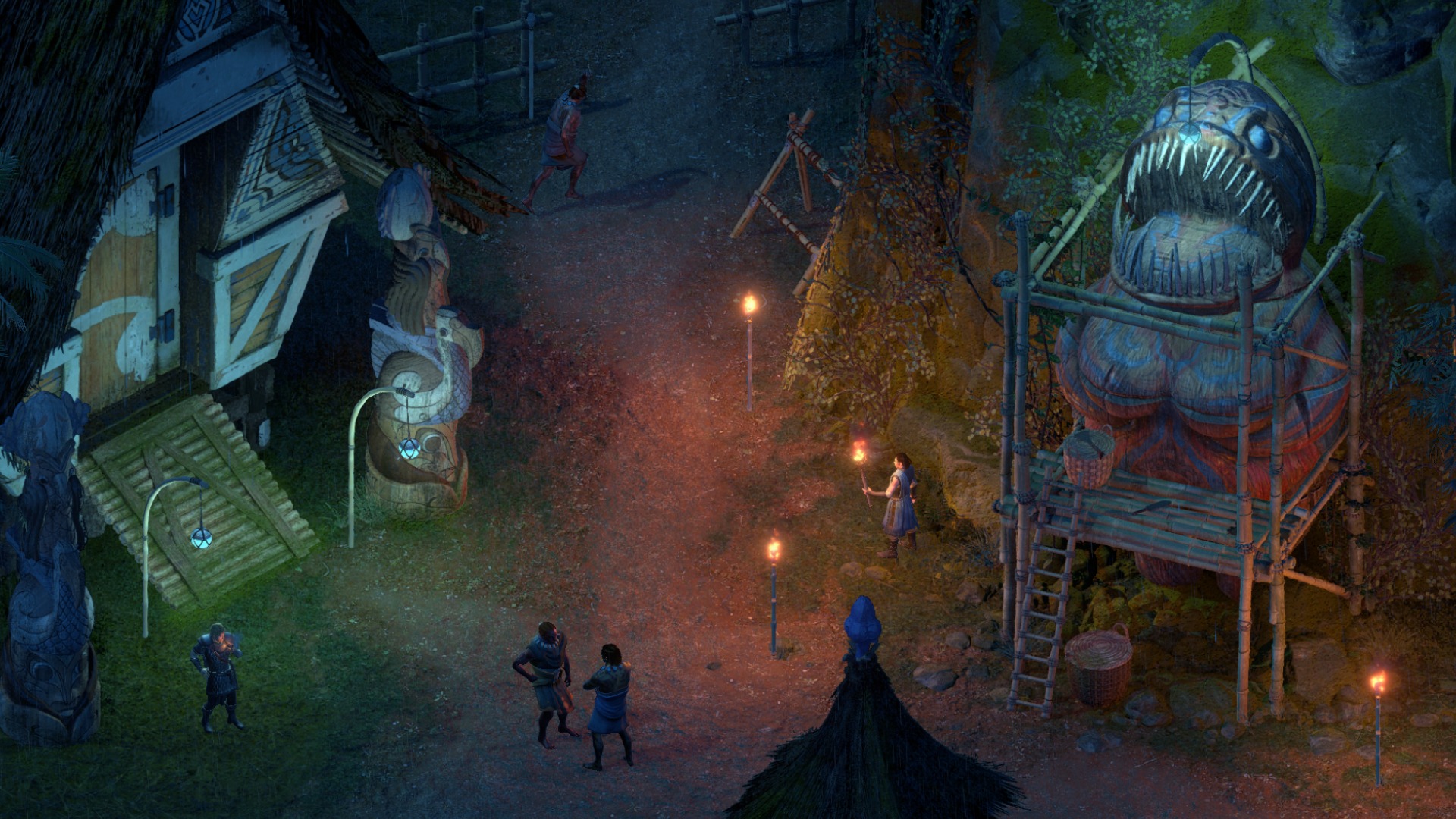 I did find the rogue a bit harder to compliment the part in battle but definitely had uses outside of combat.

The combat has also been modified from that of the first game. Now there is the option to retarget certain actions if an enemy has moved away from when you originally cast it, allowing for an optimal use of actions and lessening the chance of wasting a vital command that could tip battle, especially in a tight spot. Another improvement is the AI, the party does a much better job of continuing combat if you are lacking in commands or things are moving too fast.

The storytelling and plot interactions are affected by character attributes and knowledge which I found to be greatly enjoyable and personal to my chosen character. Dialogue options felt personalised and relevant to the skills my character had. I enjoyed being able to persuade and characterize certain things due to my knowledge of a certain topic though I was lacking in general persuasion skill. 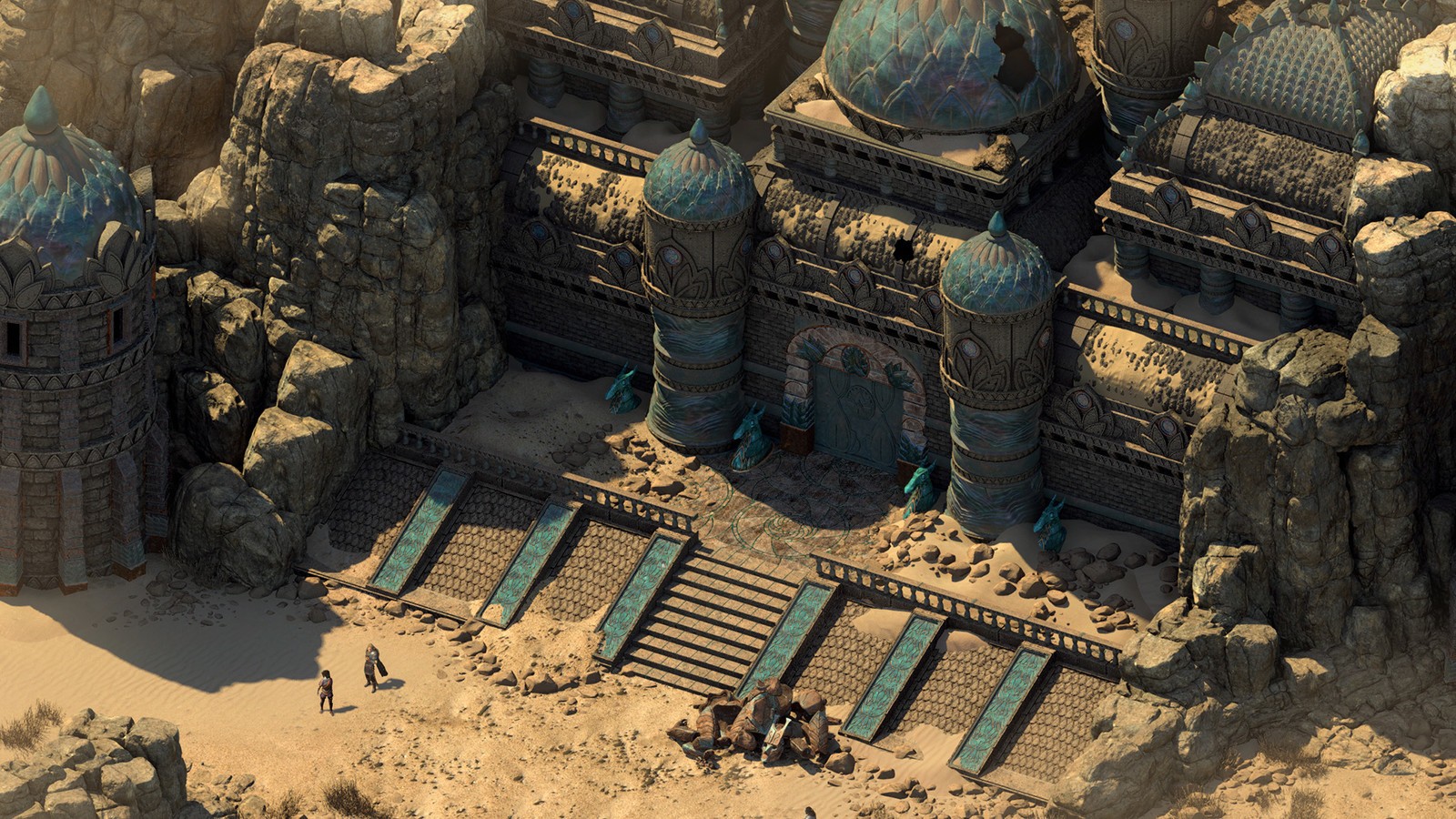 A new aspect is the ship management.

You are given a ship that can be modified and requires a full bodied able crew to manage. There does seem to be some micromanagement here but nothing too tedious, though while finding supplies is simple enough, finding the cash to purchase the supplies is the harder task. While sailing around the map ocean you are even able to fight other ships for loot. The more you battle the better you get. I did initially find the combat slightly confusing but after one or two battles I figured out the best course of action. Ships can be improved, but even if a better ship is faced in combat, apparently, an optimal strategy can still win out the day.

I am interested to experience this in more depth. 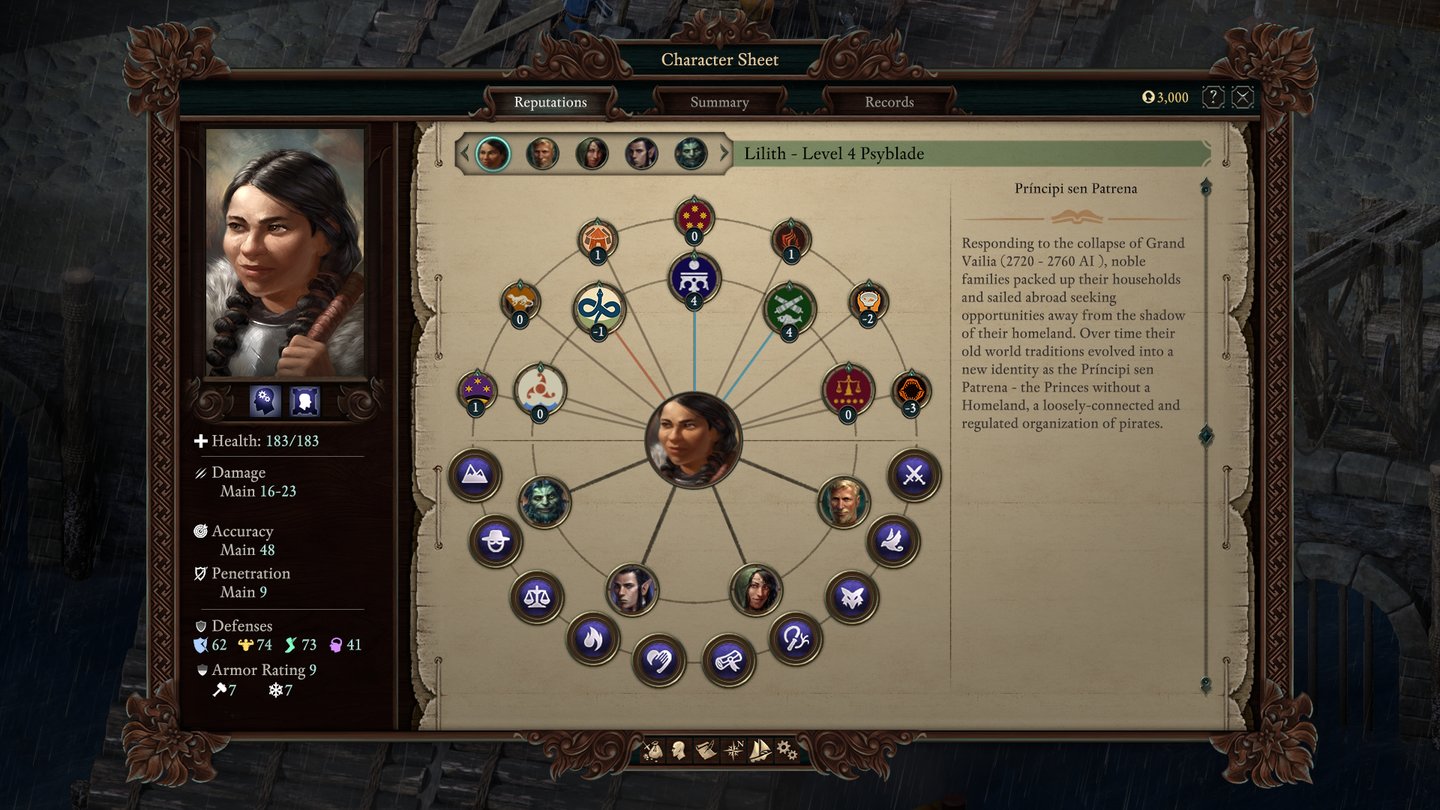 Visually the game looks pretty and is well presented. There have been improvements made, with a seemingly large focus on character models including a larger variety of modification options.

Pillars II includes an interesting array of races and classes with most being of your generic assortment RPG’s are known for with a few extras. This sequel does not seem to really expand on these, not to say it was necessary. 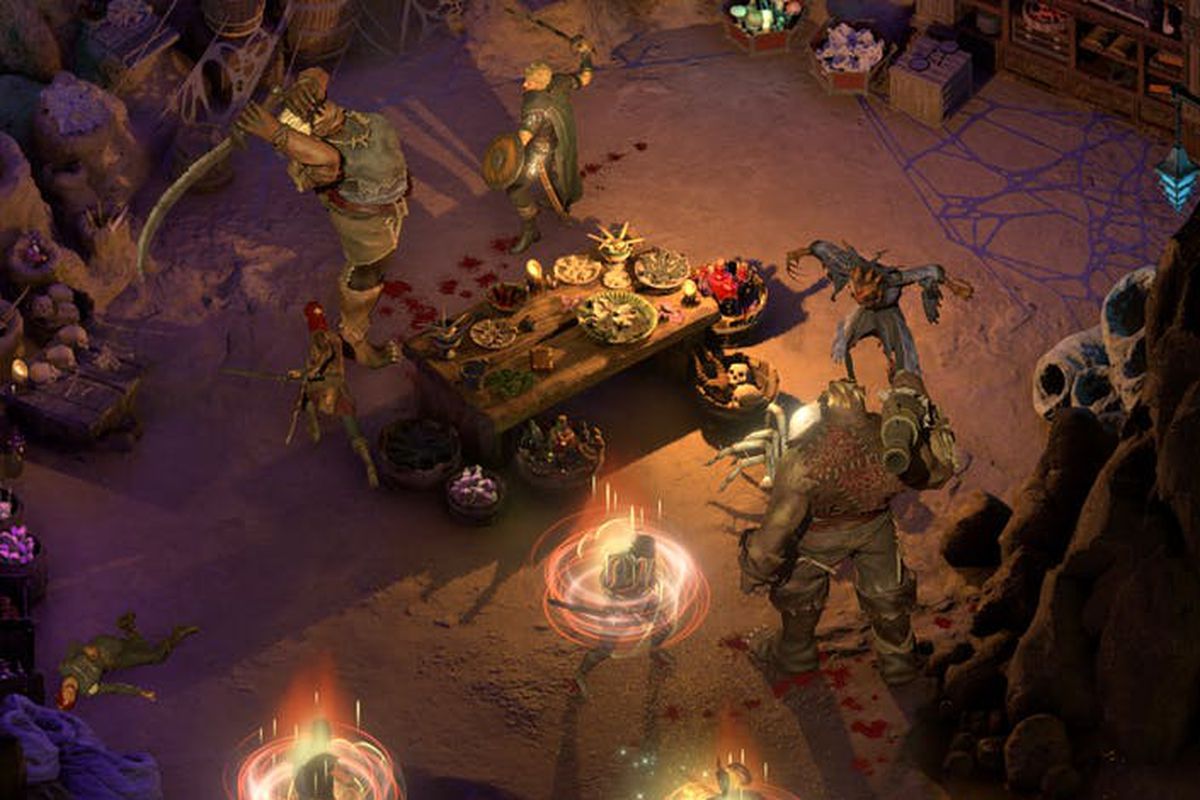 Pillars of Eternity II: Deadfire while sticking to its core mechanics and game style does attempt to not just rehash the first but actually provide players with new and interesting experience. I feel this is achieved and made the game enjoyable all the more and provided a mix of things that helped break up similar experiences.

If you enjoyed the first or just isometric RPGs then by all means this sequel is looking to be a well-balanced and enjoyable game.