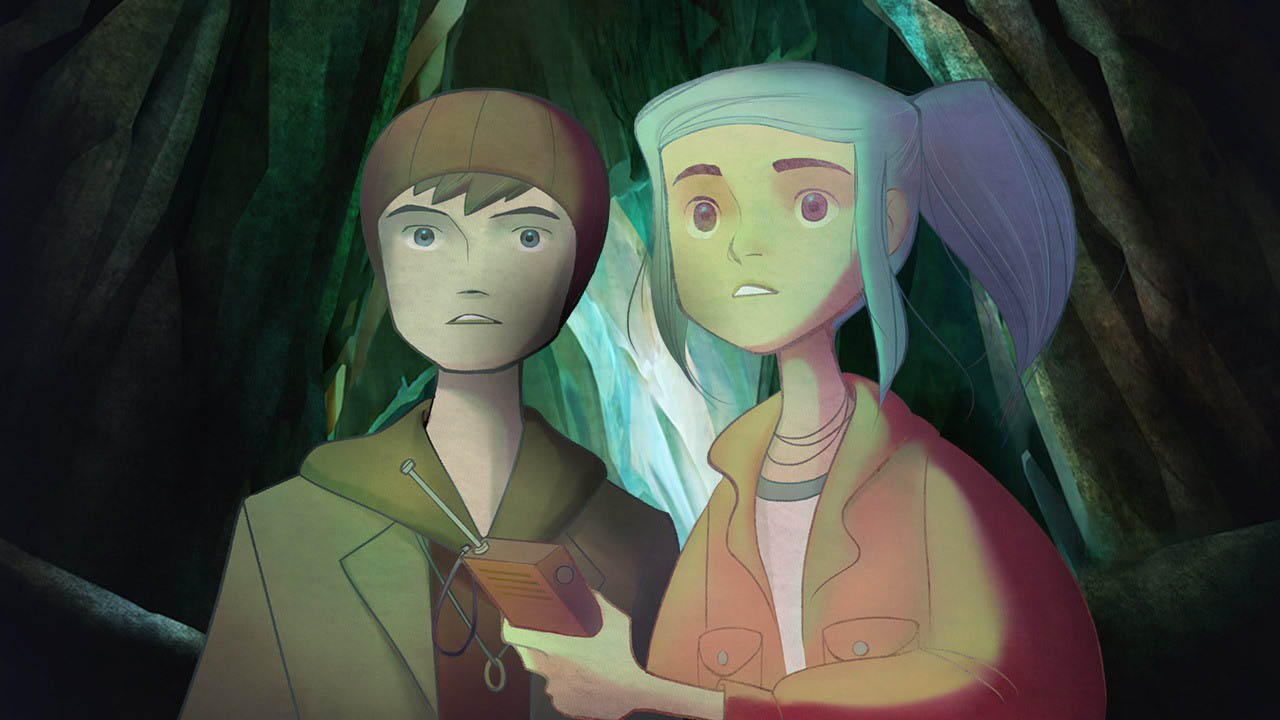 A synopsis of Oxenfree could very easily point someone in the wrong direction. A group of teens go to a remote island to get drunk on the beach, a couple of them wander off and satisfy their curiosity looking at some odd occurrences where they trigger a supernatural element that they then need to investigate in order to save themselves from the supernatural events they provoked. While games like Until Dawn play on the tropes as a homage, Oxenfree chooses to use that narrative to tell a strange story, in a strange way, that just clicks into place in nearly every way.

Do not get me wrong, Oxenfree is not the perfect game. What it is however is a perfect experience for someone that wants something that does not do much new. It is put together in a way though that feels new and given it a very unique coat of paint. 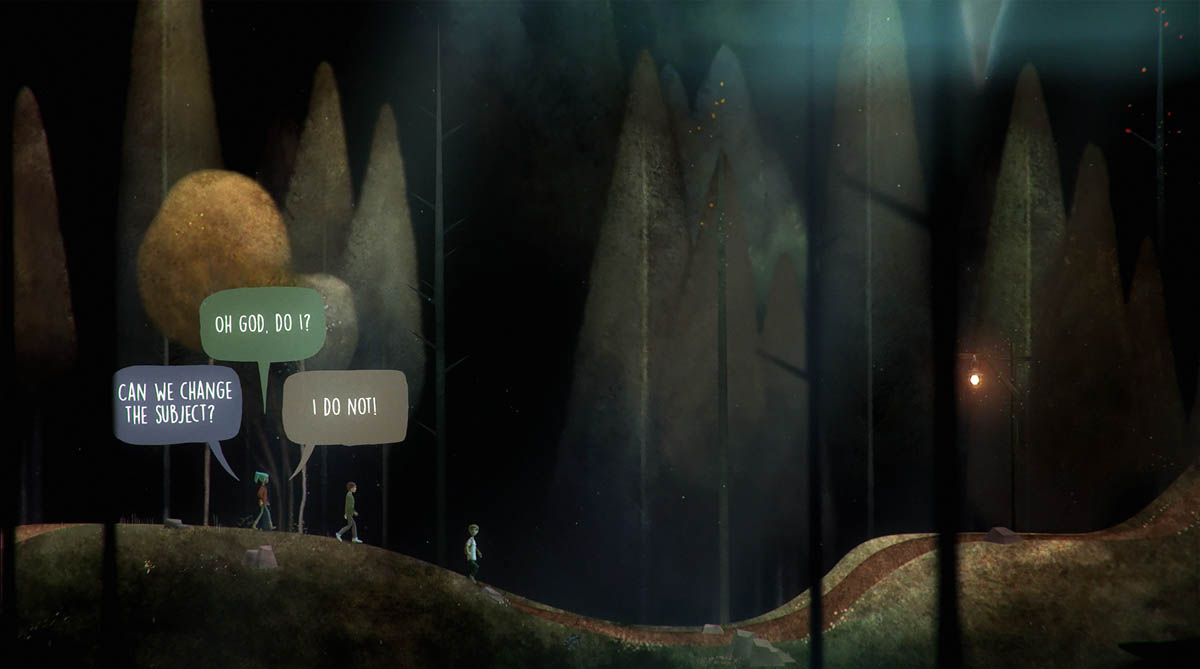 That last statement is almost literally the art style,which first made me notice Oxenfree.It looks like it has been handpainted and if you stop moving at any point it appears like it really could be a painting.  That is not to say it is disengaging and it does not play into the narrative in any way, it is just a stunning unique presentation that I have not been exposed to in a game before and I loved it.

The gameplay itself is relatively basic, the game is very narrative driven and for the most part you will spend the bulk of the time travelling back and forth in a 2.5D environment.  Pretty early on you are allowed to explore almost freely the entire map, as you follow the story through.  There are occasional challenges like a weird game of hangman that you are obliged to play, but for the most part you will be making dialogue decisions, exploring and using your radio.  The radio is the most unique gameplay element, it is ingrained in the island, in the portal between the supernatural and the earths worlds. It is used to unlock buildings and it is even used to find collectibles through the process of tuning. 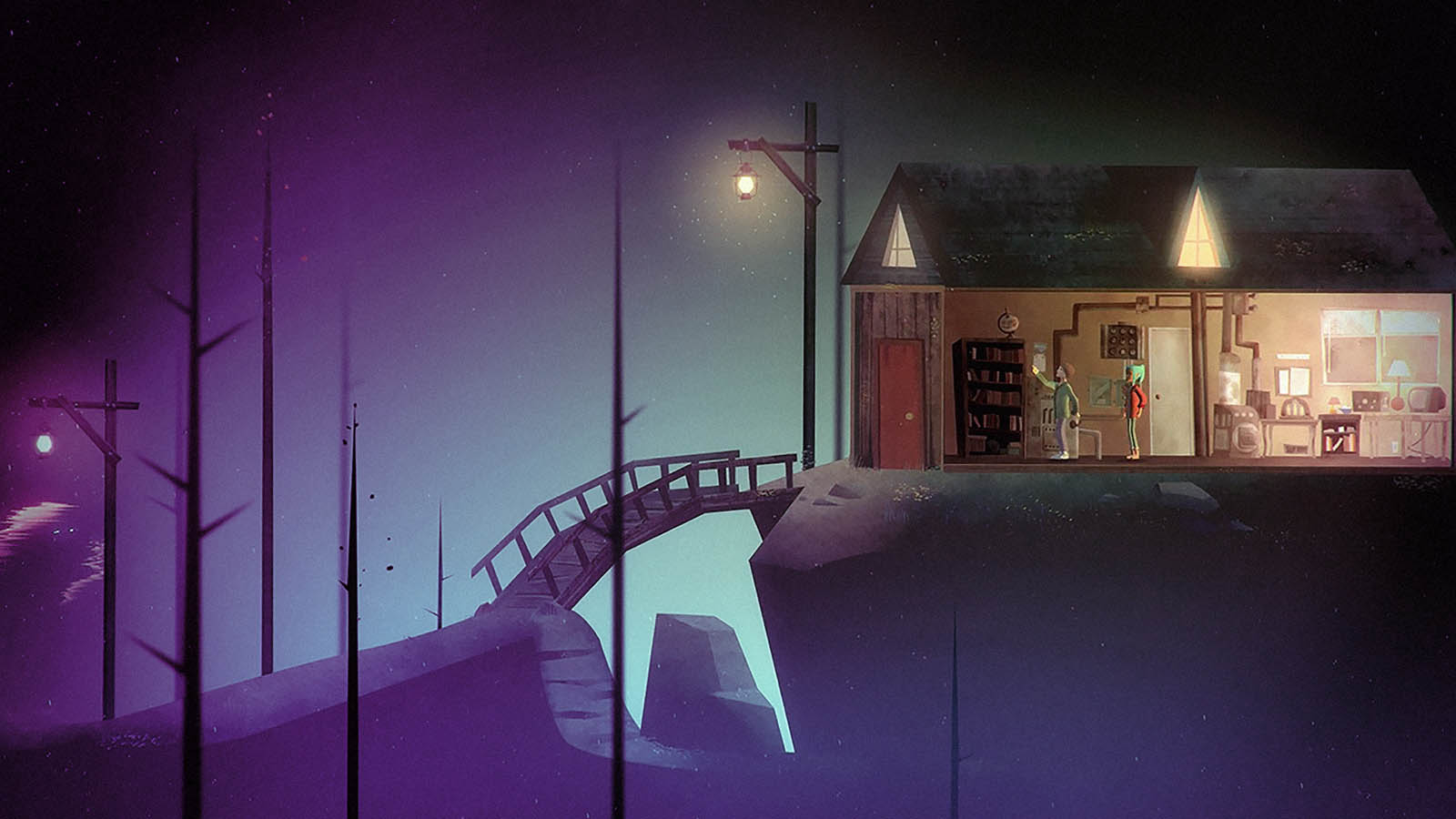 It sounds like a gimmick but the radio is crucial to how you play the game, it gives you something to do as you play and while not hard it gives that little touch of gameplay.  Even when not required for gameplay you can tune into stations that are available on the island including a tourist station giving facts about things on the island, some music stations and other weird and creepy sounds.  Tuning into the right frequency at certain times of course triggers things in the game giving the actual importance of the device.

What the game does really well is build tension and may have even startled me a couple of times.  It does this with excellent music and sound effects that over time get under your skin, and then by breaking the fourth wall.  This is done at opportune times to really heighten the tension, by either distorting the screen in varying ways, or flash sudden images, usually vague distorted, to capitalise on the tension.  I never thought such a beautiful game where the screen is so far from the character would make me jump but it is just done so well. 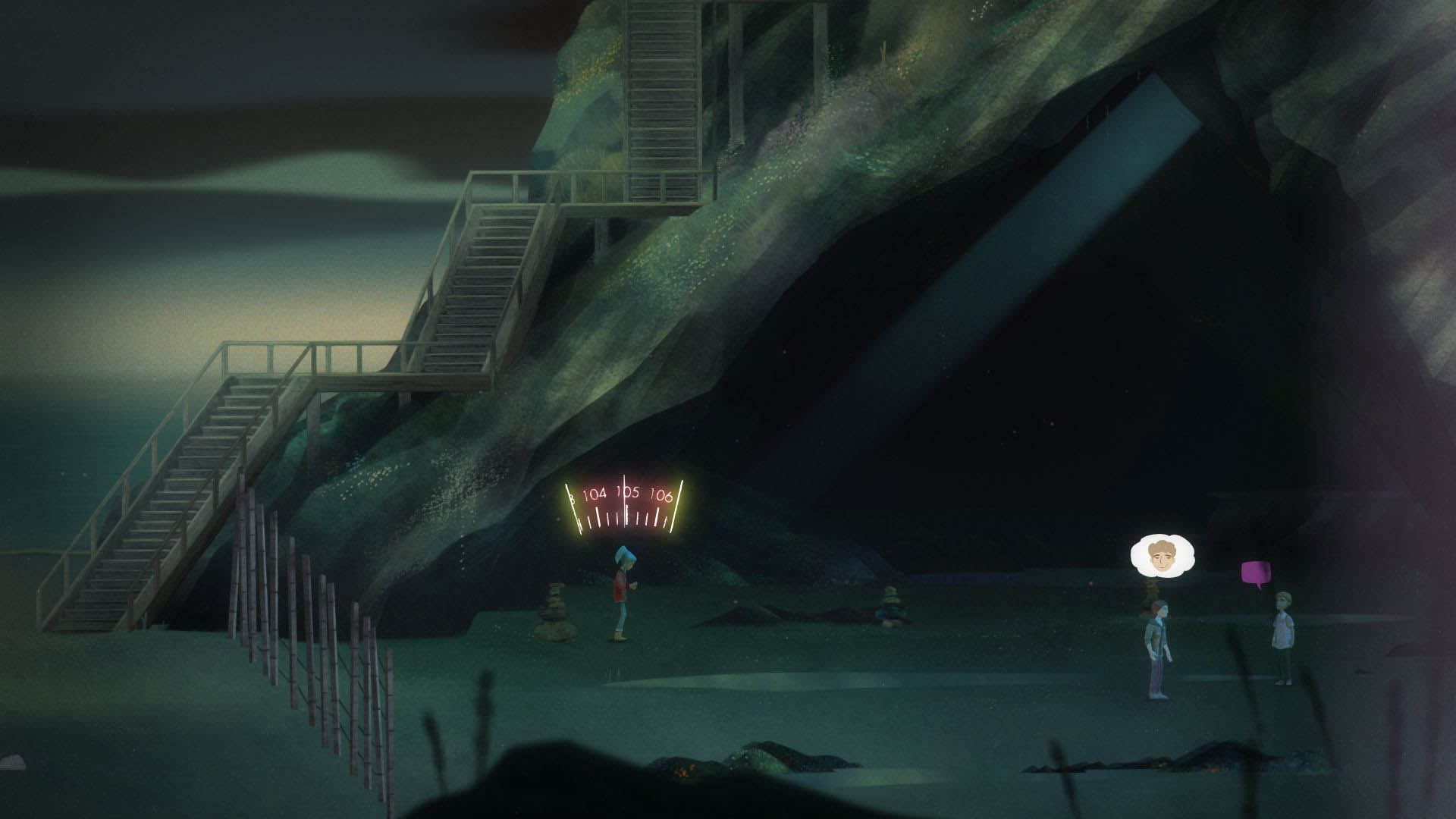 Oxenfree is one of those weird games that most elements on their own are not anything spectacular, like the gameplay, the writing, the premise, but when combined in the way they are, it provides a unique experience that is worthy of a crack.  Added to that the cleverly used tension and the beautiful art style makes Oxenfree an experience that is truly worth the time.