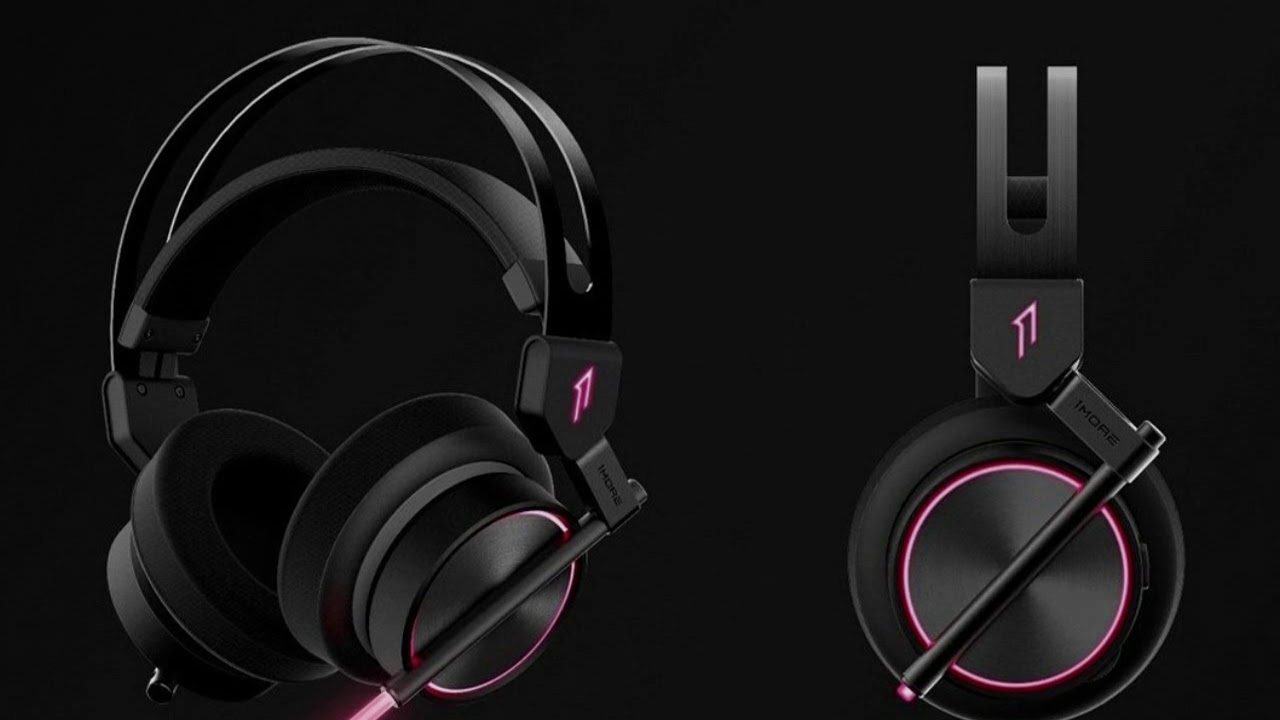 The VRX is aimed at delivering the ultimate immersive gaming experience.  The release of the VRX version follows the release of 1MORE’s Spearhead VR Gaming Headphones (VR), that stole the show at CES; taking home a CES Innovation Award in January. The VRX is aimed at hardcore gamers and looks to capitalize on the immersive 3D audio experience offered by the inclusion of Waves Nx technology, on top of an already impressive set of features in the VR version. The VR BT is aimed at bringing the same audio experience to the mobile growing mobile gaming world. The VRX will be available in August on 1More’s Official Site and is scheduled for Q4 release.

The Spearhead VRX headset features Waves Nx embedded audio technology. Waves Audio is the world-leading developer of audio DSP technologies and recipient of a Technical GRAMMY Award. Waves Nx  is a ground-breaking 3D audio technology that utilizes intelligent head tracking sensors to follow the listener’s every movement with virtual room emulation to immerse them into an virtual reality audio environment indistinguishable from being in the game (or a movie theatre). Waves Nx makes the VRX come alive as if your listening to sound in the real world. 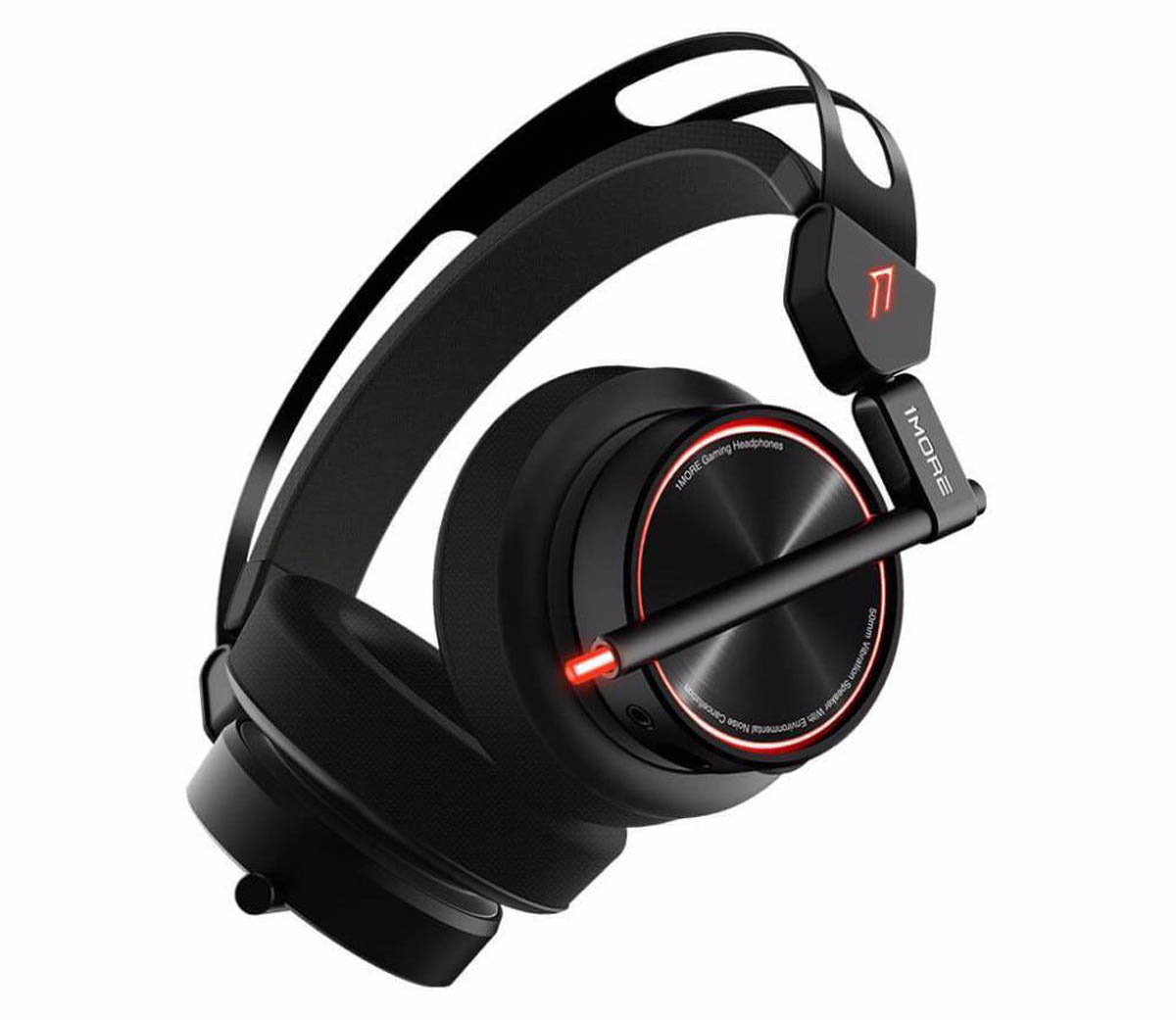 To greatly enhance in-game communication, the headphones feature a proprietary Environmental Noise Cancelling (ENC), dual mic technology with a precise microphone array that can efficiently filter out over 90% of background noise while maintaining high quality voice transmission that is as good as face-to-face communication. The VRX allows for crystal clear sound quality in both loud internet bars and noisy outdoor environments including E-Sports arenas.

With the integration of a high tensile strength stainless steel head beam, an adjustable flexible head band, and 360° all-around ear cushion, the headphones provide resilience and natural clamping force that is comfortable for long term use. The VRX’s ergonomic design is also suitable for various head-sizes and provides long-term comfort for anyone. The VRX headphones also feature a user-defined LED lighting kit that offers over 16 million different color options. The VRX headphones also feature a modern futuristic aesthetic that marries form and function into a package that’s not over-stated, or over-done, like too many other gaming headphones. 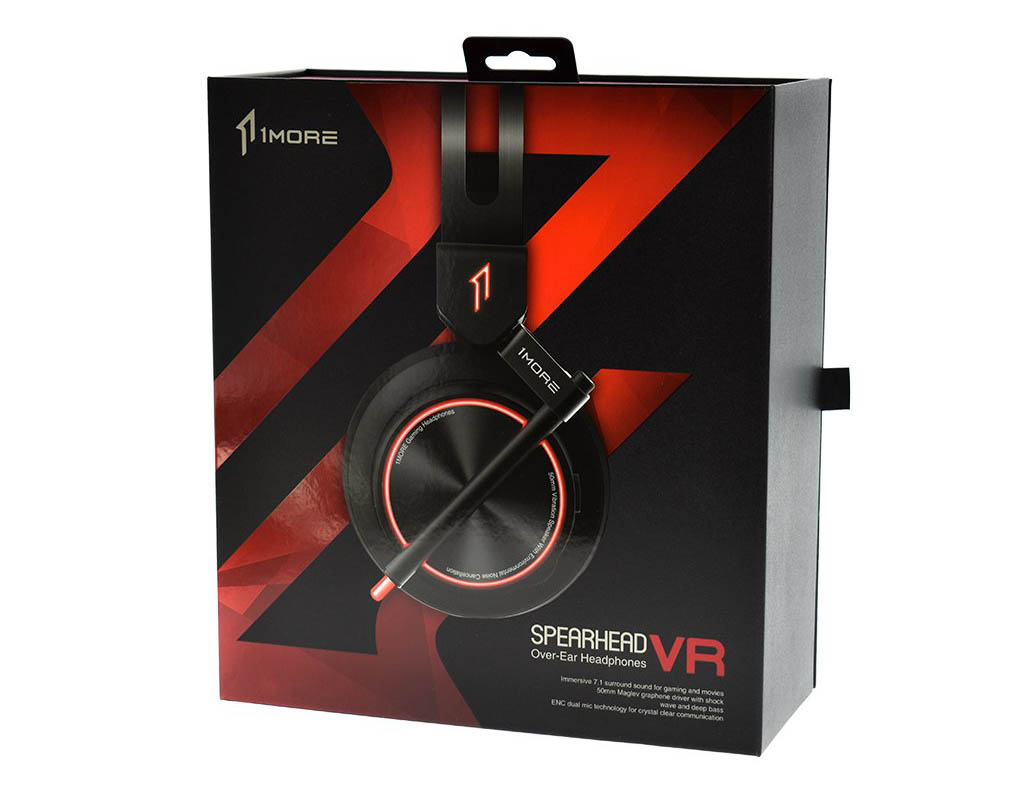 As gaming increases in global popularity, so too has the demand for high-end gaming headphones to meet the needs of the modern gamer. 1MORE is at heart an audio innovator, so to partner with another industry leading audio innovator like Waves Audio, was a natural fit.

A crucial aspect in experiencing real sound is how one moves intentionally and unintentionally to listen. Most headphones pipe sound into your ears without considering your natural movements. This is equivalent to viewing the world with glasses that have fixed images in each eyepiece no matter where you look. Waves Nx eliminates this unnatural barrier by integrating precise motion detection and room emulation to create an authentic relationship between you and your headphones that exactly emulates how one listens in real life, which is what makes 1MORE’s VRX headphones with Waves Nx so uniquely immersive. 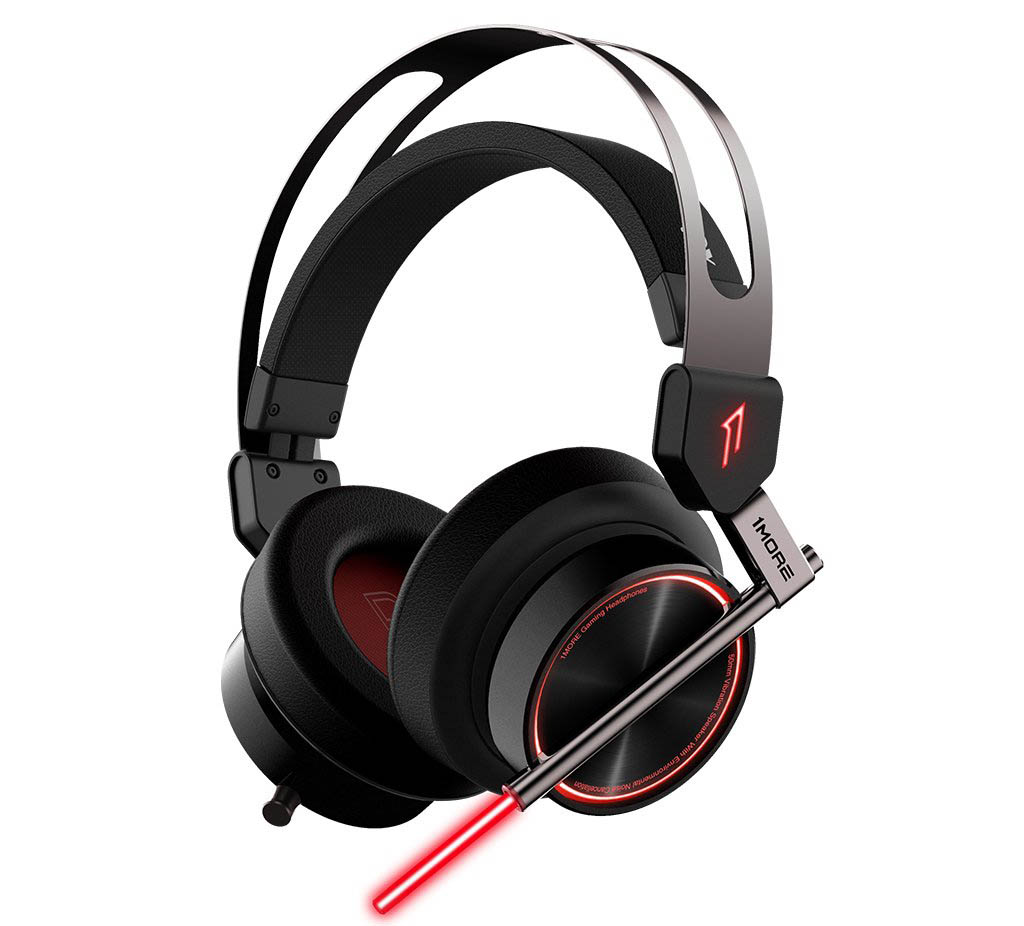 “The Spearhead VRX Gaming Over-Ear Headphones are the latest and greatest effort by 1MORE to continue to deliver superior sound to its consumers with innovation and value,” says 1MORE Co-Founder Frank Lin. “The VRX deliver the goods and represents our dedication to bringing not only excellent features but the ultimate sound to your gaming experience,” he added.

In addition to the launch of the VRX headphones, 1MORE is also announcing the release of their Bluetooth gaming in-ear headphones, the Spearhead VR BT In-Ear Headphones. These Bluetooth in-ears feature a 35-foot connectivity range with low latency for real-time sound reproduction, 10-minute fast charging, dual driver technology with graphene drivers, customizable LED lighting and the same Environmental Noise Cancelling available in the over ear VRX. The in-ears will allow mobile gamers to have the same immersive mobile gaming experience as their fully-loaded over ear offerings. The Bluetooth in-ear will be available in late summer, retail price is TBD.

1MORE specializes in acoustic design and development, smart software and wearable audio products. 1MORE’s products have received multiple industry and design awards including prestigious CES Innovation awards, RedDot, iF Design awards and other major industry accolades. 1MORE INC. has shipped 38 million headphones globally in over 25 countries in just the past 4 years, and aims to become the preeminent global audio brand. 1MORE’s Triple Driver In-Ear Headphones have been lauded by the consumer press and have received more than 10 media awards for being best in their class, and currently top the rankings for best portable headphones in multiple, high level, tech press outlets. Grammy Winner Luca Bignardi and Chinese Pop Star Jay Chou are heavily involved and invested in 1MORE’s mission to build and deliver superior quality headphones at an amazing value.