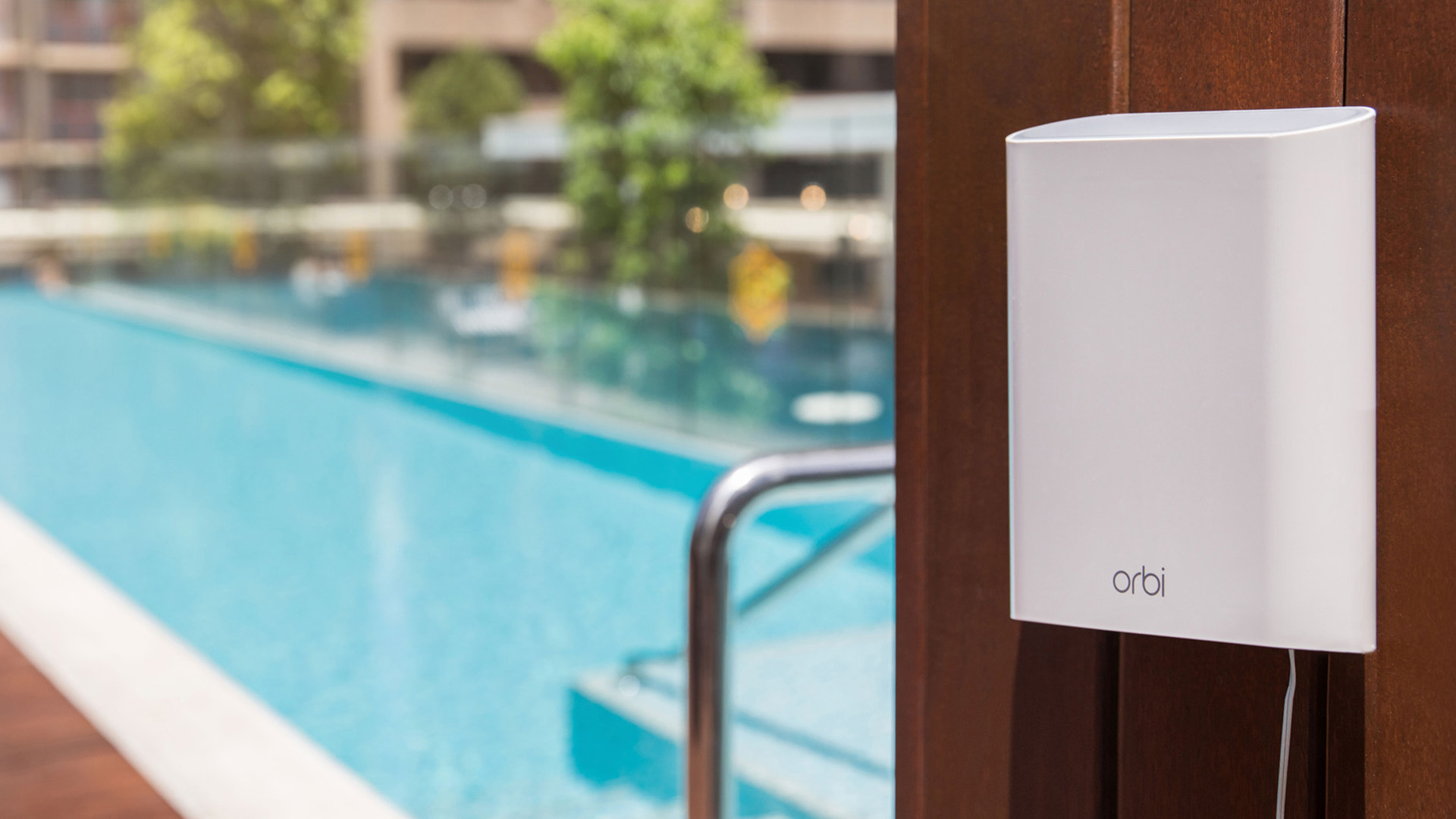 Unless you’ve been asleep for the last few years, you’ll know that we live in a connected world. So connected, that the constant flow of information to our devices is expected no matter where we are.

Networking outfits, such as Netgear have successfully given filled our houses with wireless networking, even in the most hard-to-reach, out-of-the-way places. Now that Wi-Fi access has been sorted in the guest bathroom. What about the garden?

Be it just ignorant Facebooking whilst having a barbie, or streaming Spotify to a conveniently located outdoor speaker, it’s likely that your Wi-Fi network starts to fade away the further you move from the house.

Netgear’s Orbi Outdoor Wi-Fi Mesh Extender is primarily designed to complement and extend Netgear’s own Orbi routers, but it can work with any Wi-Fi equipped router. I tested in with a D-Link Viper 2600 with no connection issues at all. Setup is easy, using the Netgear Orbi app. 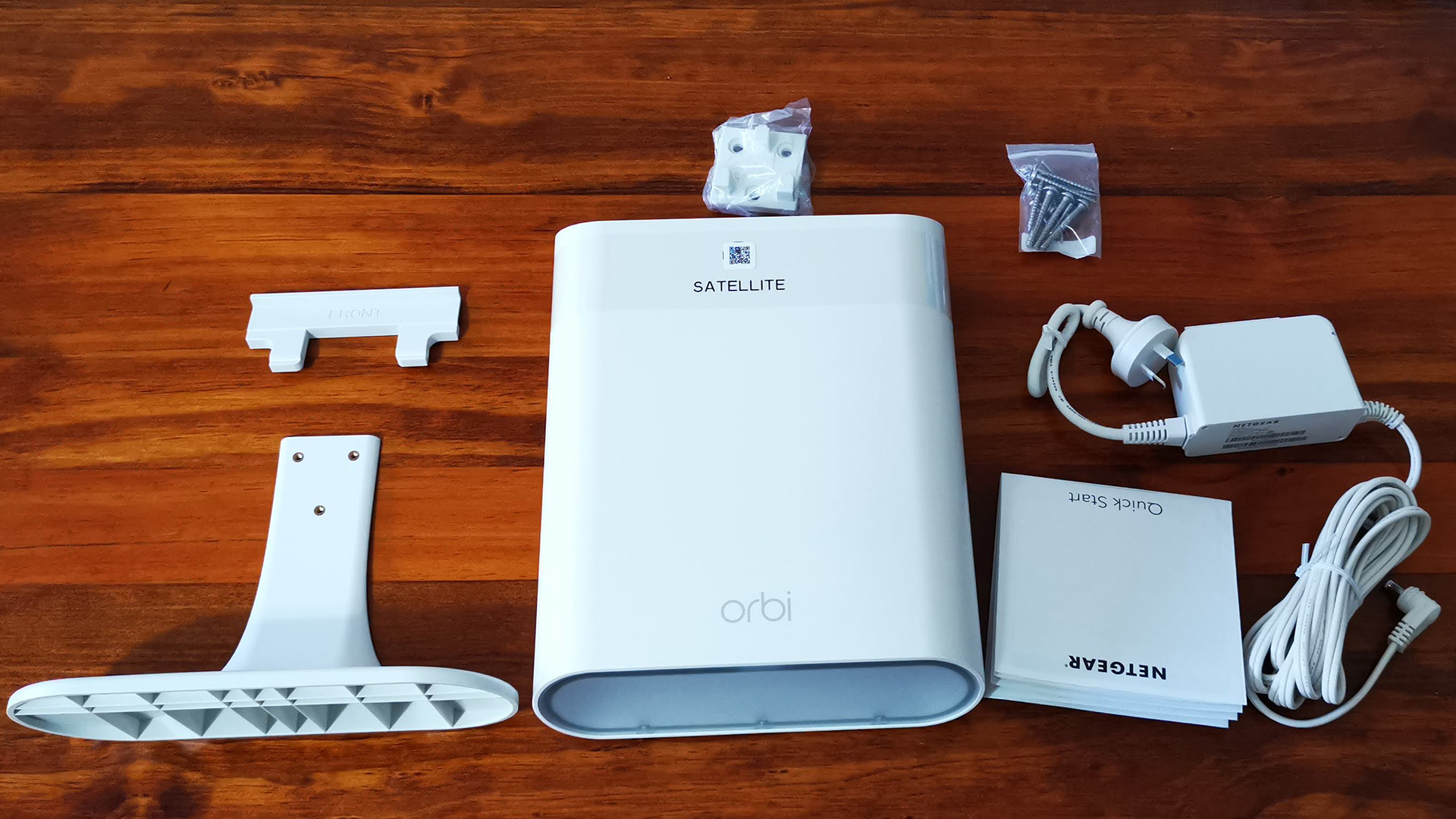 The rather hefty device relays your existing Wi-Fi signal amplifying it and thus extending your Wi-Fi networks range. It doesn’t need to be wired into your existing network; all it needs is a power supply. The Orbi is completely weatherproof. I tested it against the best Sydney could throw at it with torrential rain and blisteringly hot sun.

The heatsink on the rear of the device is justified by the amount of heat that the unit kicks out. This suggest that your extended Wi-Fi does come an additional cost on your electricity bill.

I’m sceptical about Wi-Fi range at the best of times. It would seem that most router manufacturers test their devices in buildings made of Papier-mâché. For my test I set the Orbi Extender up about 20m from my modem. Using Speedtest, I was getting a 100Mbps download speed at the modem. Standing next to the Orbi I got a very reasonable 80Mbps.

Moving further afield, about 20m from the Orbi / 40m from the house, the download speed dropped to around 45Mbps. Still acceptable. At this point, though, Whilst I was still in line of sight to the Orbi, I wasn’t to the house, the Orbi relaying the signal around the garden shed.

It was only when I got to the road at the top of the drive, about 60m from the house that the signal took a dive to about 14Mbps. I was still able to stream Netflix from the Wi-Fi. At this point the Orbi single would passing though a garden shed and a colorbond fence to get to my phone.

At the best part of AUD$500, the Netgear Orbi Outdoor Wi-Fi Mesh Extender isn’t cheap. But it is weather-resistant and comes complete with fixings for wall-mounting or free-standing. In brilliant white, with a (thankfully) optional LED light, it’s not the most subtle of devices. But it does its job. If you need wireless networking across your garden, the Orbi Extender is worth looking into.