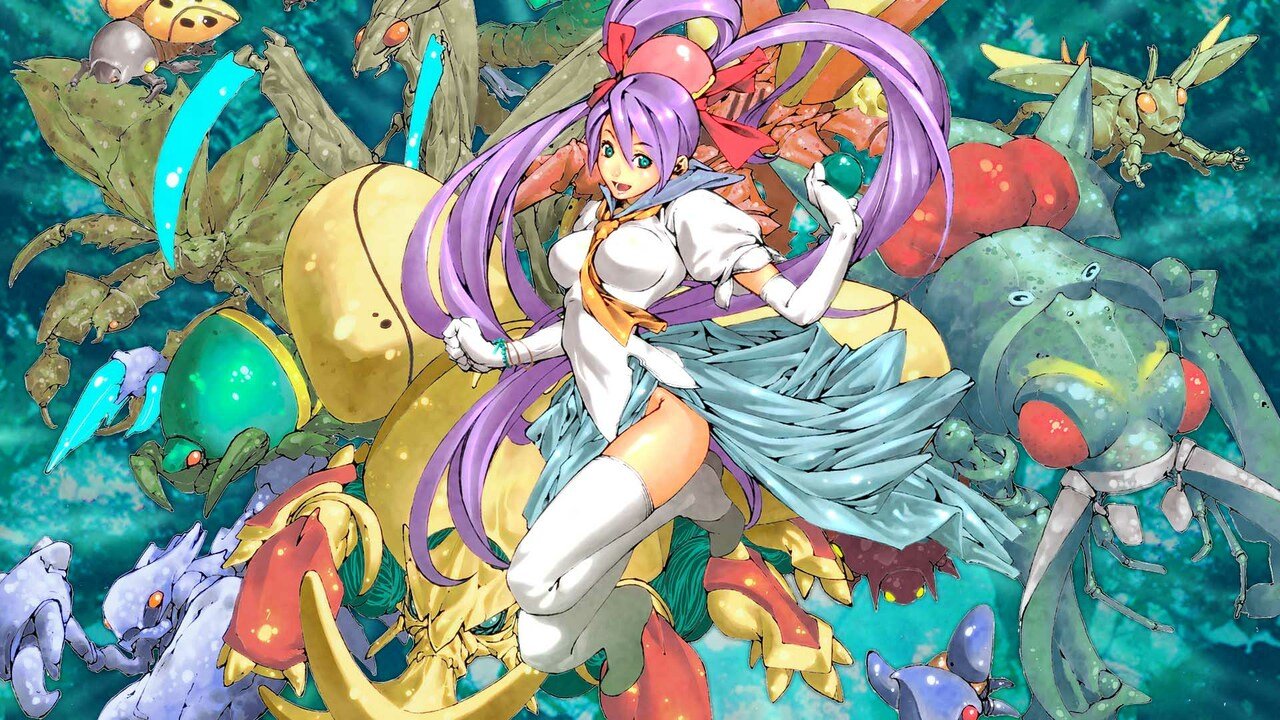 Mushihimesama probably isn’t a household name in gamer circles, but perhaps it should be.

Shoot-em-ups have been a casual favourite of mine ever since a restaurant I spent a lot of time at as a kid had a dedicated arcade cabinet to play on.

And with the resurgence of bullet hell type games with Nuclear Throne, Enter the Gungeon, isometric titles like Nex Machina and even the recent PS5 exclusive Returnal the genre is as vibrant and diverse as it ever has been. 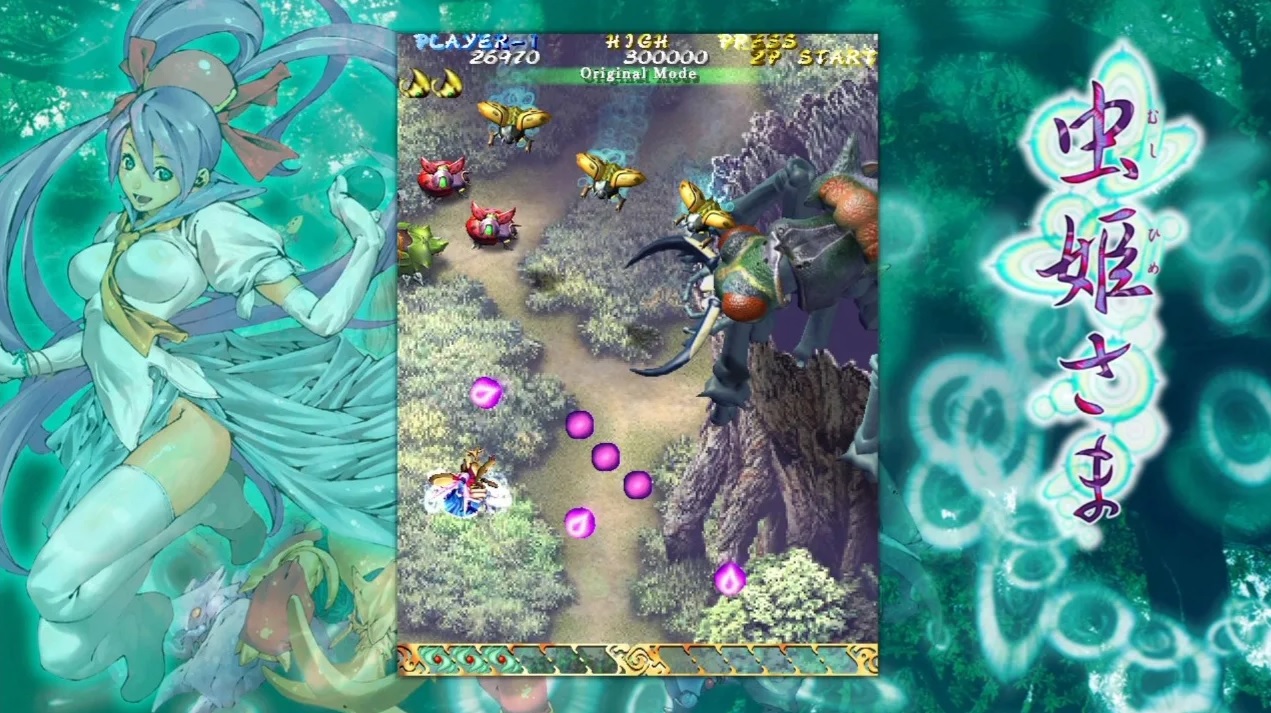 Mushihimesama is a classic vertical shooter that originally found popularity in the arcade before being ported to Playstation 2 and other consoles.

Now released on Switch, it takes the place of the older iOS port (where it was released as Bug Princess) as the best way to play the game portably. In it, you play as princess Reco through five stages, flying atop a giant beetle called Kiniro.

Other bug enemies attack and, as common in schmups, each ends in a wild boss that will test your reflexes and resolve. In almost any of the wide range of modes the game is quite hard, but thankfully we don’t have to put $2 in each time to continue anymore – that’s just a button click away. 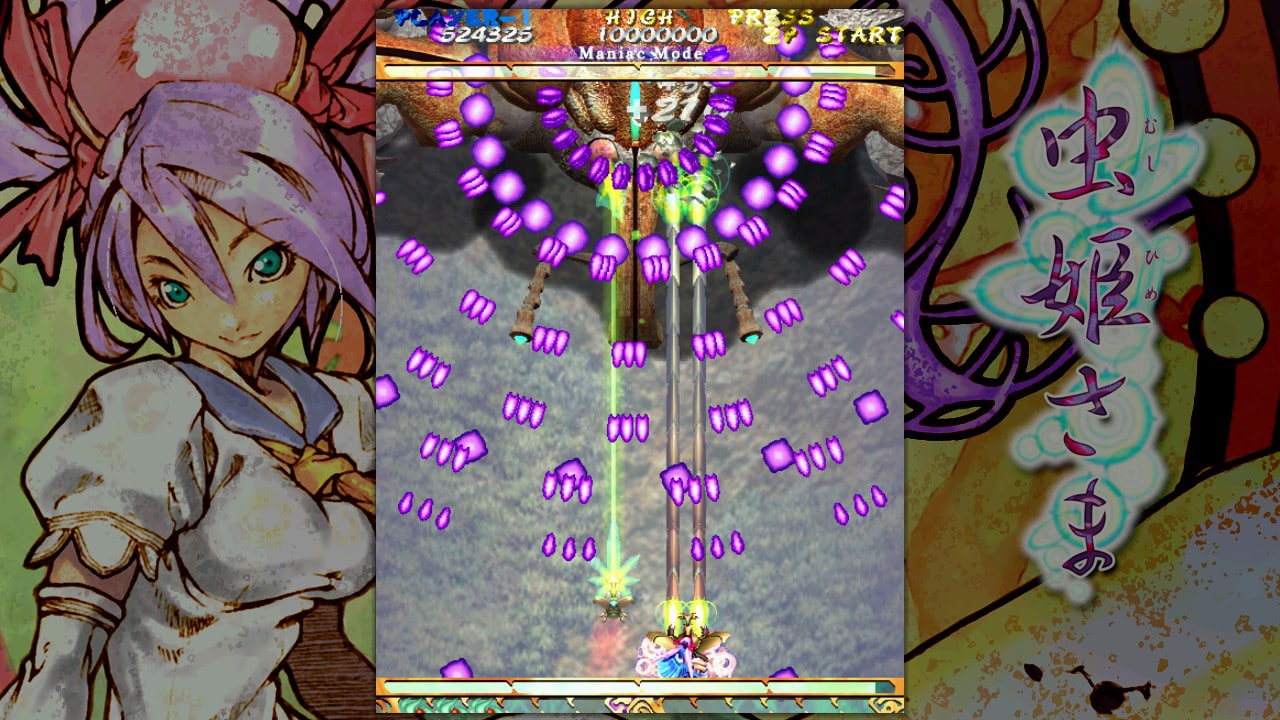 Mushihimesama brings over the entire experience to Nintendo’s console, with improved graphics and the Arrange and v1.5 modes that substantially mix up the original play experience.

While the game can be quite short, these modes, along with difficulty options, make for a highly-replayable experience. Both the original and remixed soundtracks are found here and both are excellent.

Importantly, Mushihimesama on Switch features a wide range of screen options, to flip the whole screen into tate (vertical) mode and even turn around the UI as well.

This makes it perfect for using with the Flip Grip for properly-displayed portable bullet hell gaming. I found 150% zoom to fit perfectly in the Switch’s display when displayed vertically, something I highly recommend you doing if you’re playing portably.

Perhaps the only knock against this port is the occasional frame rate slow down when the screen fills with exploding enemies, sparkling pickups and thousands of bullets in some of the harder modes.

Unfortunately it doesn’t include save states, though no other version does either. Otherwise, Mushihimesama is priced for excellent pick up and go shooting and is a solid entry in an under-loved genre. 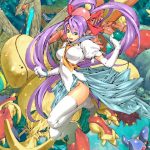