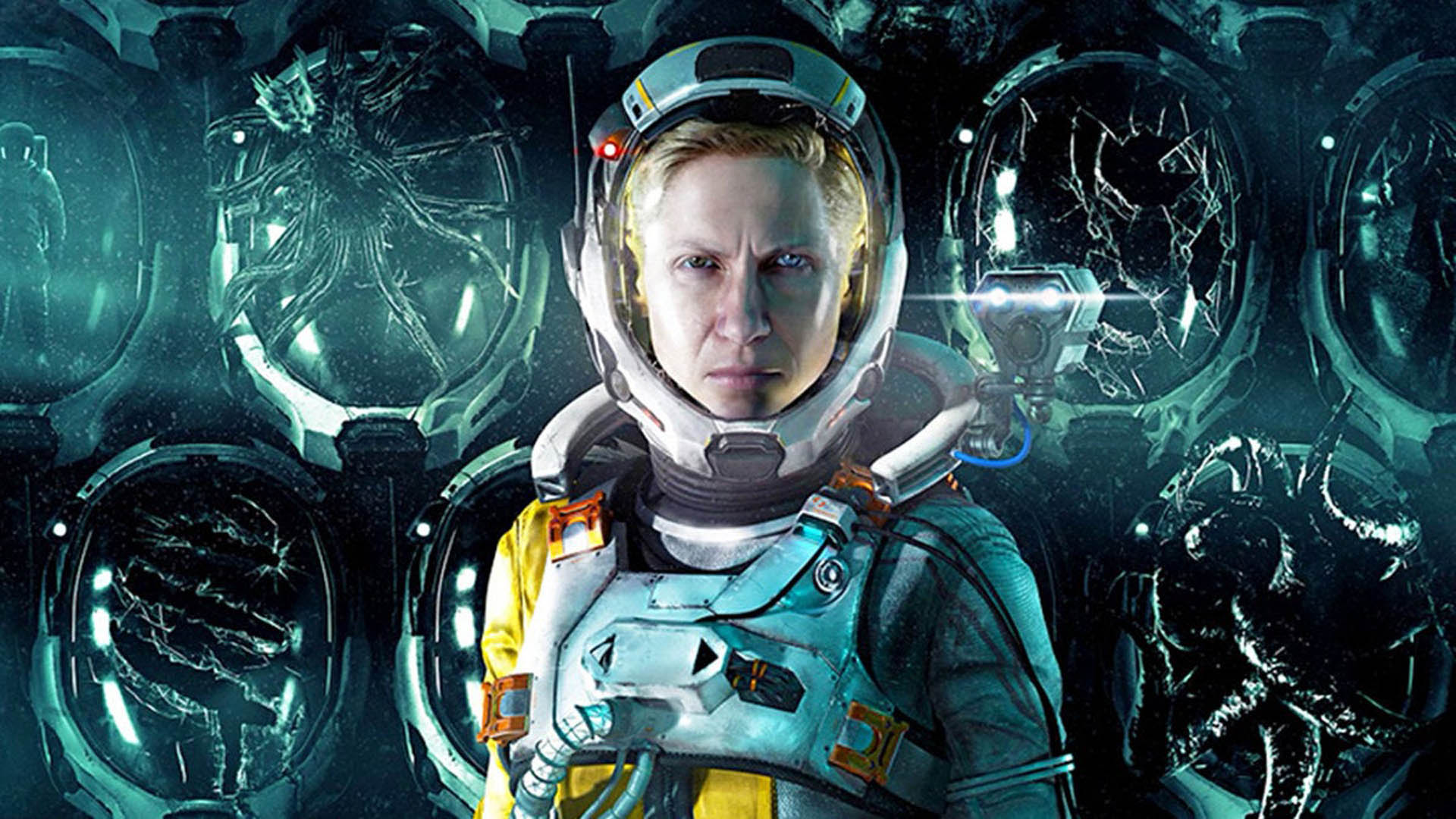 You die, you come back but not exactly to the familiar environment you expired at.

Returnal is a cleverly titled game that is its namesake – a time loop that sees you return to point A, eternally.

That point A is your spacecraft that crash-lands on a dark and unforgiving planet called Atropos in search of the source of a mysterious ‘White Shadow’ signal – against the orders of ASTRA Corporation.

You are a solo pilot in a small ship and assume the role of Selena in a very different rogue-like Sci-Fi / horror game from Housemarque. Officially released for PlayStation 5.

Surviving the crash Selena very quickly learns that things on this planet are not normal. 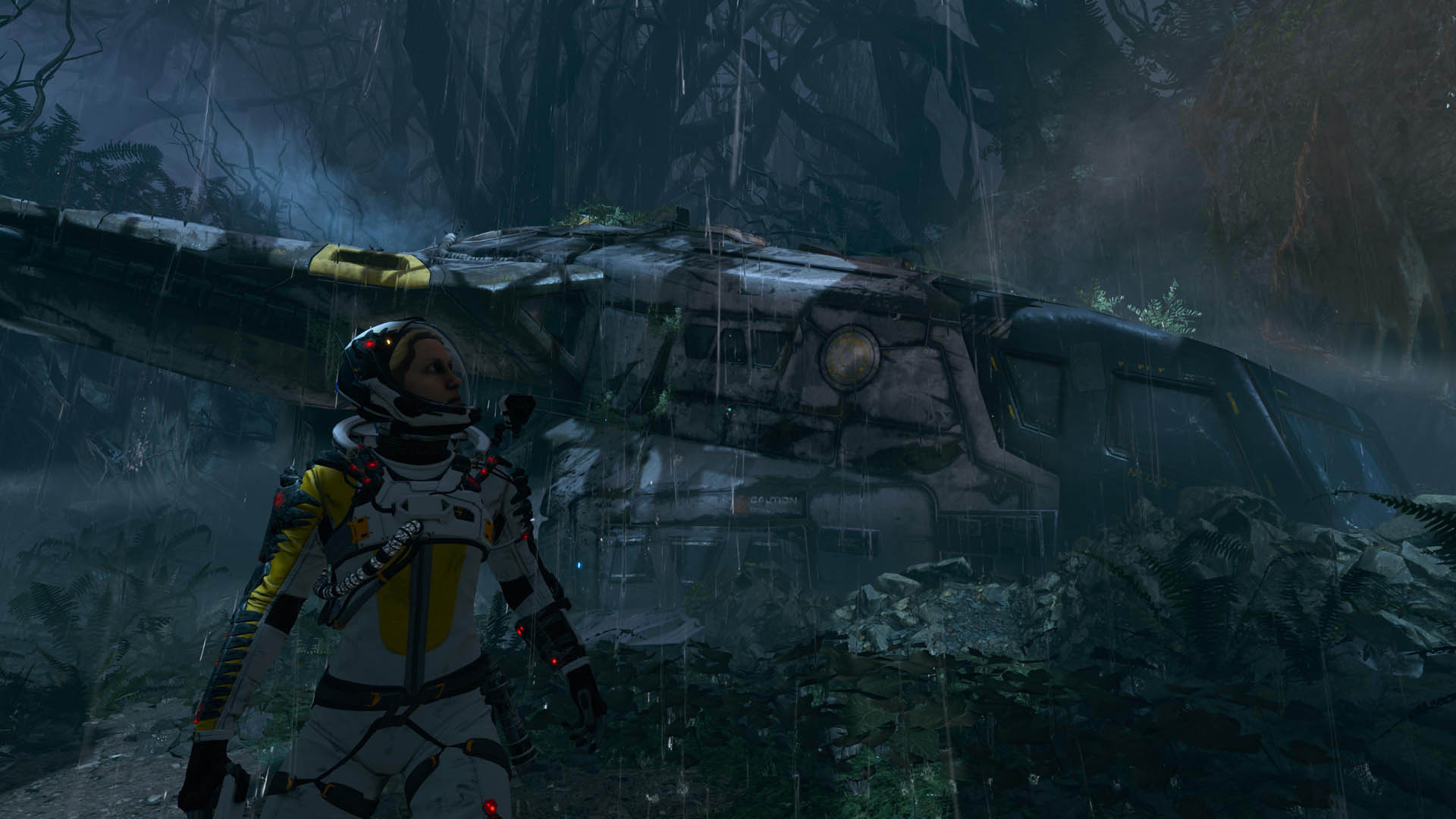 You will pick up diary recordings made in the ‘past’ from Selena – which adds to the purposeful narrative confusion.

The planet itself has an eco system of hostile creatures and just as deadly as they can be at times camouflaged to the world that they live in.

You will most definitely die, more than once, twice three times or more as you explore Atropos.

But that’s the game’s design. 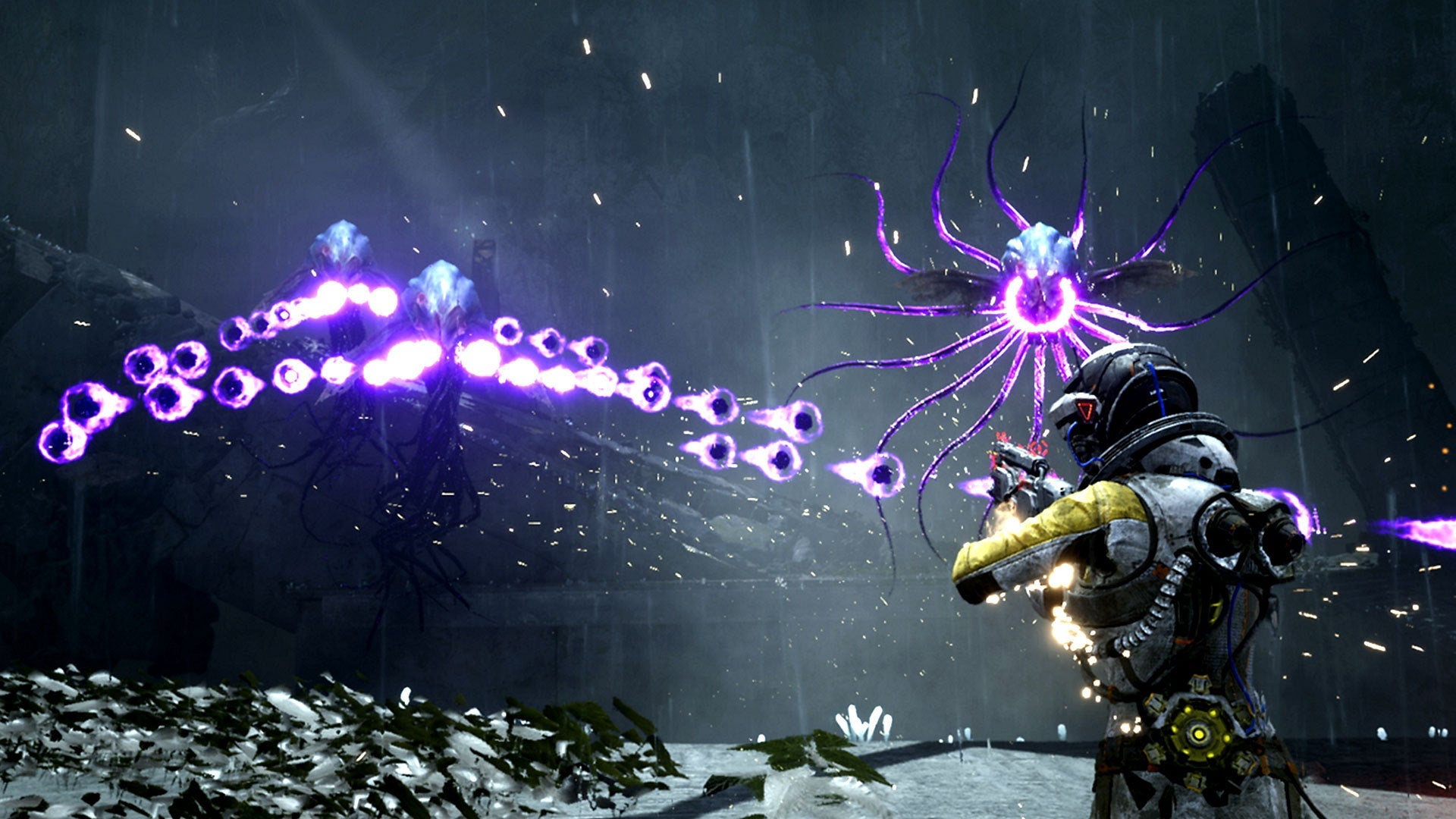 Everytime you come back, you’re back at your crash-landed ship, back at Point A. At the beginning of your journey (or so it would seem) and in some cases without the items you collected in your previous attempt.

However being back at your ship does not necessarily mean that you can gun and run the familiar path you took before to get to that Boss creature or cluster of creatures that you took you out – as that path may no longer exist and things, mostly, are in differing places.

The procedural environment changes each time you die. 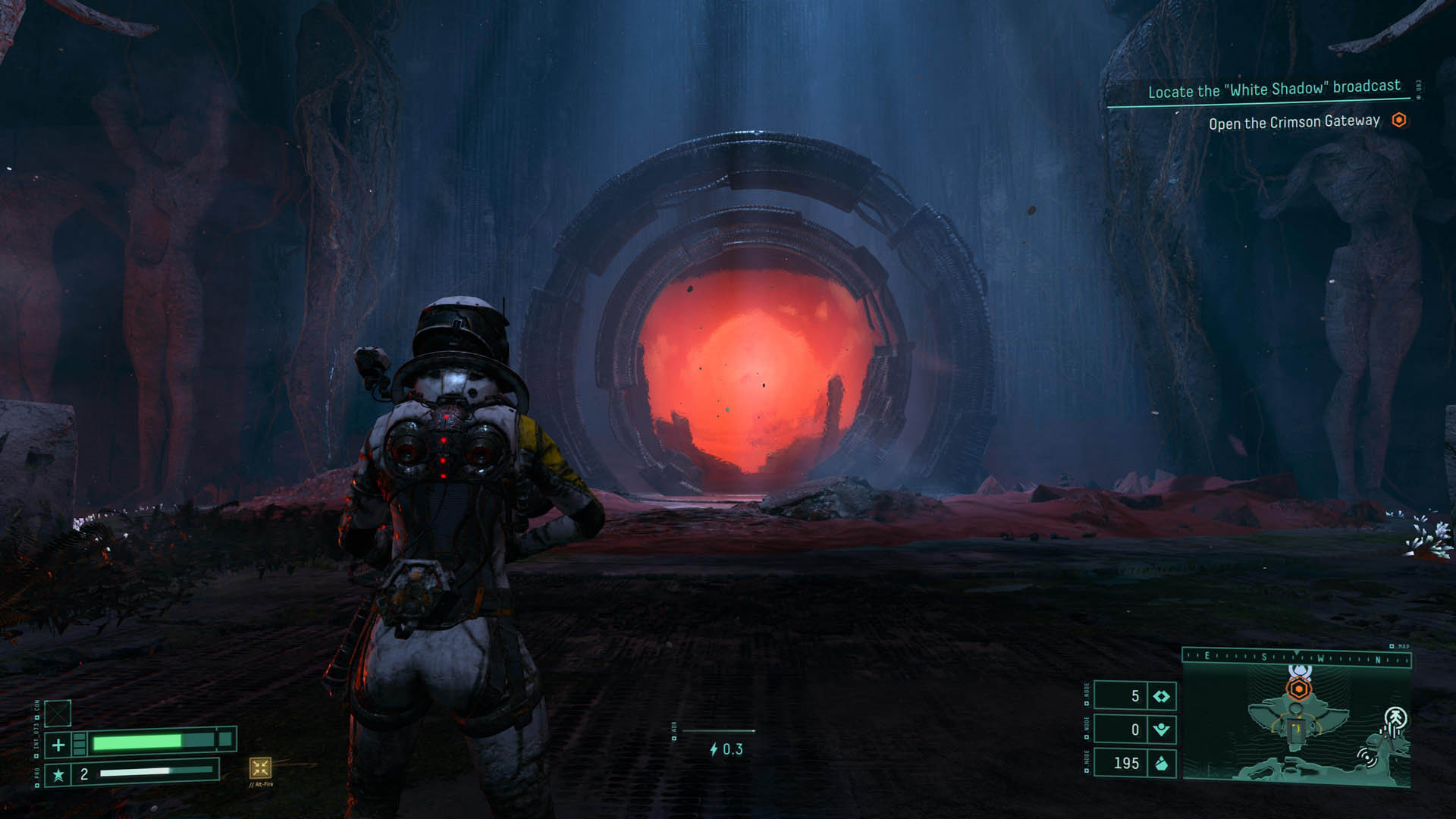 Initially you don’t have any weapon. You do come across a… well, body and grab their gun. There is a form of RPG, sort of, in Returnal where in time you will be able to upgrade your current weapon(s).

Atropos is a vast planet – built for exploring and explore you must as there isn’t always a direct path.

Without throwing in any spoilers Returnal has alternative endings – depending on how you played, decisions made during play and the biggest factor of all – how good you were at exploring.

A compelling game, Returnal may at first put off some gamers when they die and are back at the crashed ship – but I recommend persevere. It’s worth it.

Returnal is also the first 1st Party title from Sony Studios to feature 3D audio. The PlayStation is built with 3D Audio capability. 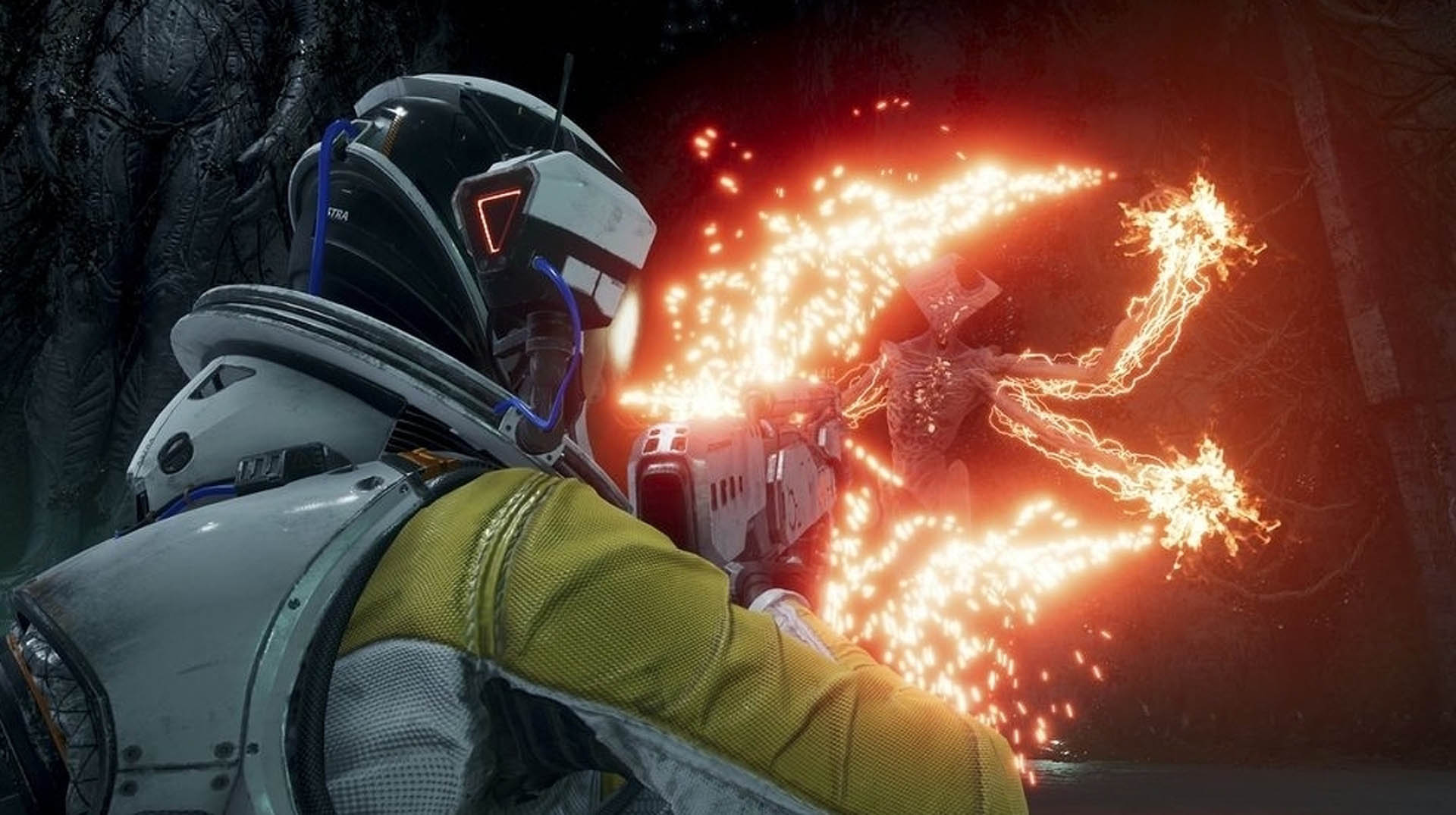 3D audio gives a vast spatial ambience to the soundtrack and effects within Returnal making the game best played with the official PlayStation Pulse 3D headset.

I generally play in my living room where I have a full 7.2 surround setup for gaming. Going direct to headset does not always have the same experience and sometimes, worse.

When I placed the Pulse 3D headset on as the only audio to play Returnal it was by far a way better experience – fully more immersive than any surround system.

Infact, for Returnal I now only use the 3D audio headset. Both are clearly made for eachother.

Returnal is a stellar game. One that may take some patience to begin with, but it will soon become clear that being back at the start of gameplay after each life opens up the game more and more.

A surreal PS5 game that you will eternally play through aswell as return to. 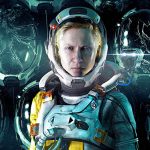