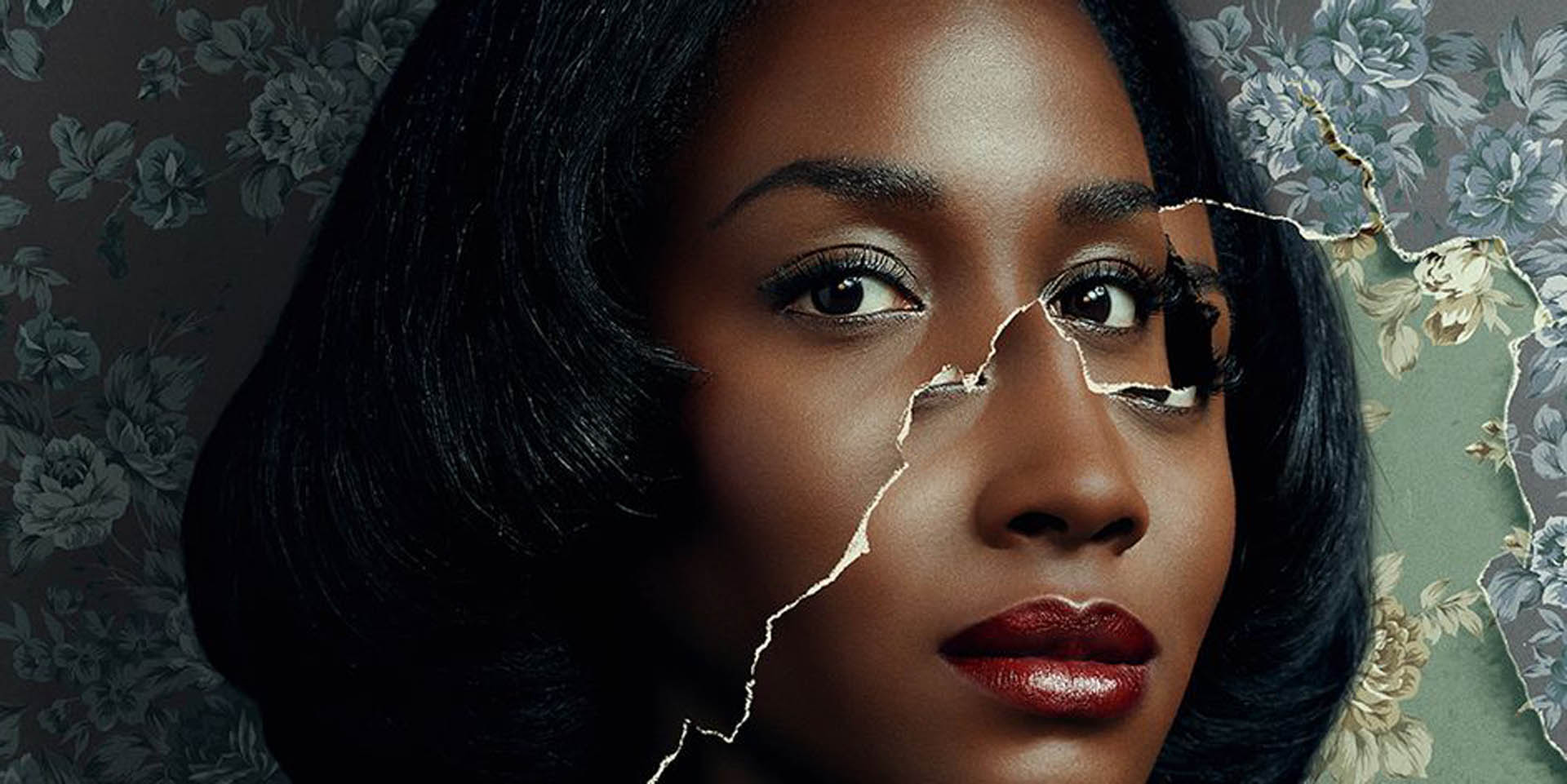 Historically speaking, the horror genre has had the ability to take world events and channel them into anxiety-inducing narratives.

With the first wave of feminism and further availability of the Pill we saw films produced like Rosemary’s Baby. George A. Romero examined racism in Night of the Living Dead and rampant consumerism in Dawn of the Dead. Chilean film Trauma channeled the history and memory of Augusto Pinochet’s dictatorship. In recent years we’ve seen an exciting zeitgeist in horror: unnerving, terrifying and memorable horror films / series from writers and directors of colour which look unflinchingly at the history and legacy of racism in America.

Them, screening from April 9th, 2021 on Amazon Prime, is an exceptional example of this zeitgeist. 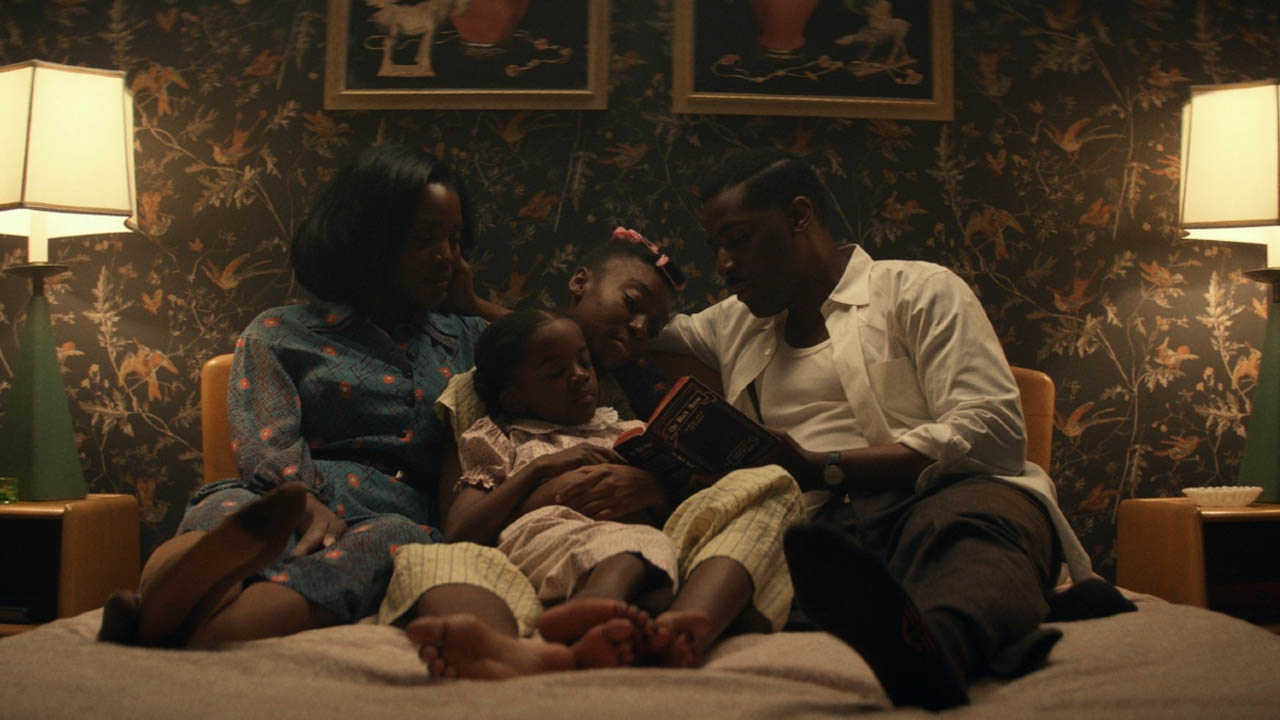 Having moved from Chatham County, North Carolina to Compton California, the Emory’s are hoping for a new start and better opportunities. The tiny neighbourhood with its pastel-coloured houses and tidy gardens provides a chance for the Emory’s to also leave behind traumas of their past, including the PTSD suffered by Henry as a veteran of World War II where Jim Crow discrimination also made its way into the armed forces.

The Emory’s new neighbours, however, are determined that this new family won’t stay for long. Betty Wendell (Alison Pill) begins to spiral into a kind of hate-induced anxiety, wholly preoccupied by the comings and goings of the Emory’s and desperate to remove them. 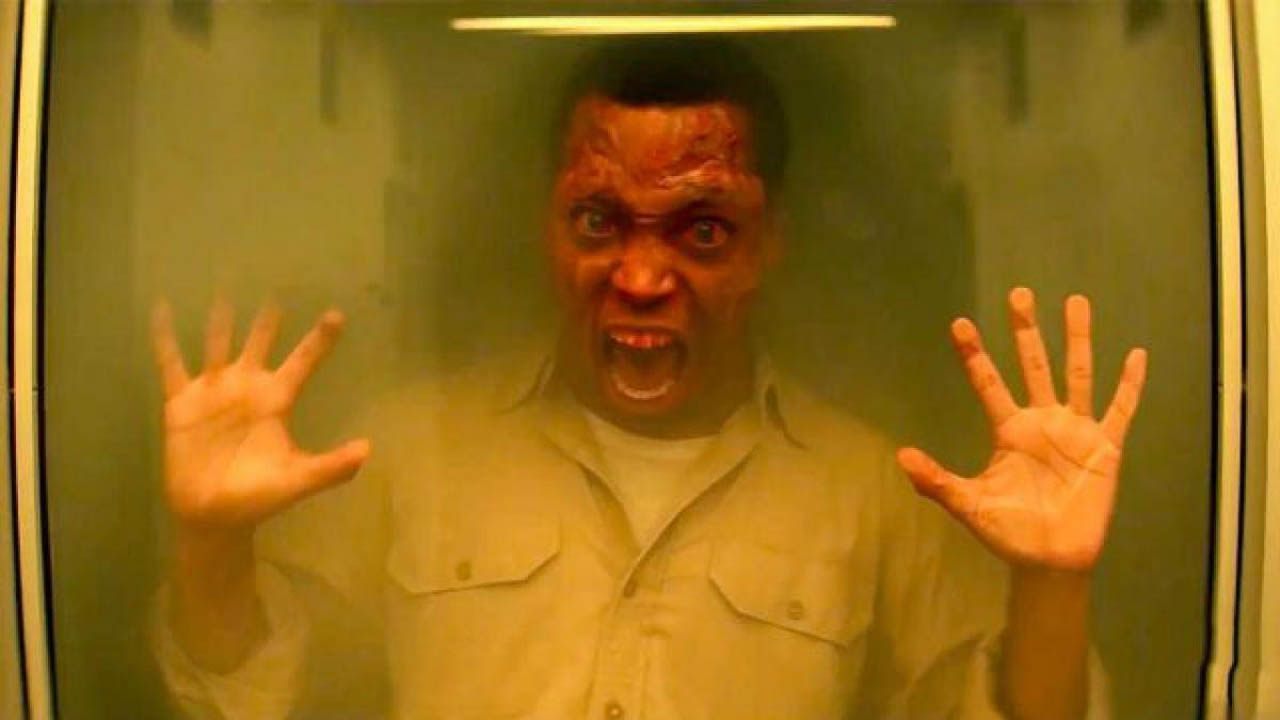 From her baby blue living room and kitchen with matching appliances and Hummel figurines on the shelves she first stages a nasty siege with her fellow snipey housewives, sitting outside the Emory’s home blasting radios before questioning the masculinity of the husbands of the Home Association and their ability to make the Emory’s leave. Unfortunately for Betty and her Donna Reed clones, the Emory’s have decreed that there is to be “no more running”.

The price of the Emory’s new house was reduced, leading Betty to think that it’s the only way they could afford it… but it could be that the realtor had to drop the price because of something very nasty happening in the house… something otherworldly.

The Emory’s have to deal with a constant onslaught of racism at home, work and school and as if that’s not bad enough it appears that Gracie can see a presence that she calls “Miss Vera” after a book she has been reading about a schoolmistress. Lucky’s mental state is deteriorating at the same time, leading her to sense Miss Vera and be convinced she was attacked on the bus.

It also leads to a rather macabre encounter at the hardware store in front of a display of axes. And then there’s Da Tap Dance Man, first glimpsed by Henry on a television set… 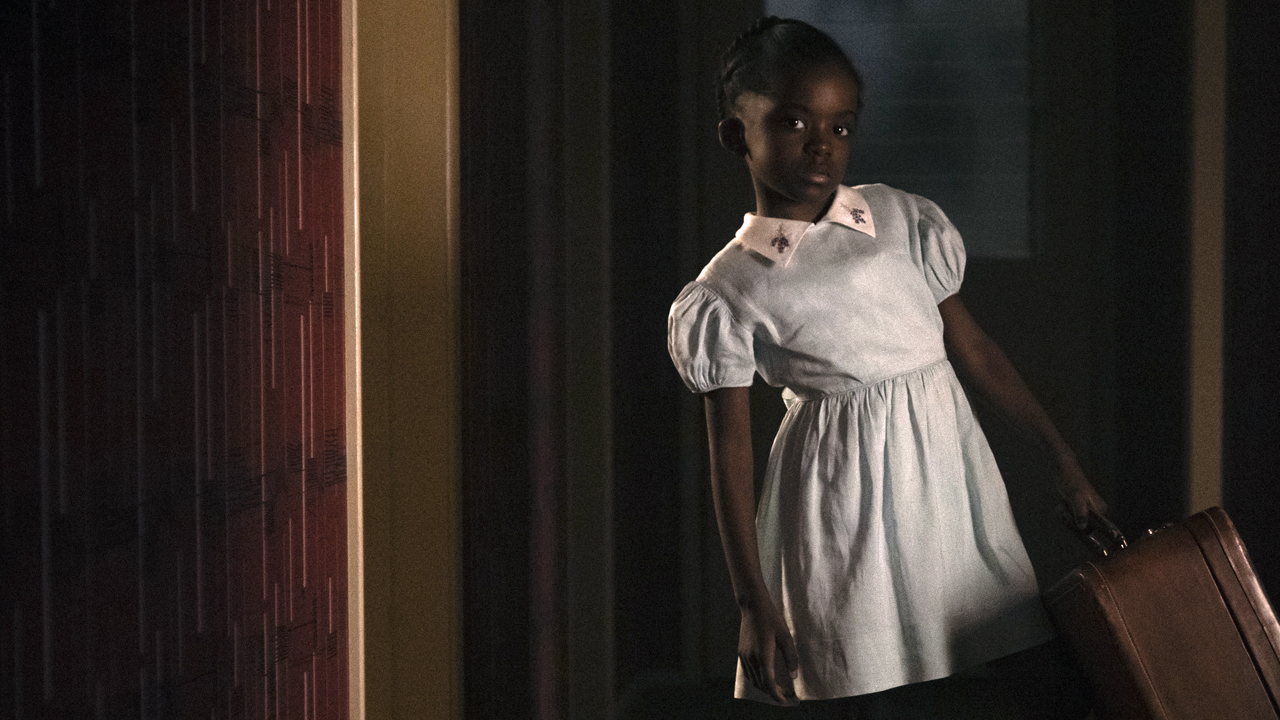 What makes Them so terrifying and so compelling at the same time is the fact that you are kept in a constant state of anxiety.

You are anxious on behalf of the Emory’s and the racism they face, compounded with Lucky’s deterioration and Gracie’s contact with Miss Vera to the point where jump scares which would normally be lame in another production prove to be a wet-your-pants level of scary. Your system is constantly primed for anxiety and fear. This anxiety is created through a magnificent mix of a compelling script, exceptional performances and brilliant cinematography.

The show also utilises some excellent winks to past cinema, including a Saul Bass-esque title sequence in the first episode, split screens and interesting camera perspectives. There’s a little bit of Hitchcock and 1970s grindhouse which fits seamlessly with the narrative and isn’t forced.

Them is such a magnificent series for so many reasons, and it’s an important series as well. Just like with Get Out and Lovecraft Country, past racism is put in the spotlight in a meaningful way. In the time of the Black Lives Matter movement, stories like Them open an important dialogue about the past.

It’s heartbreaking to watch Ruby Emory at her new high school and having her classmates making ape sounds around her. It’s infuriating hearing Henry’s new boss preening over the fact that he fought to have Henry hired at the company.

Hearing the various slurs being tossed around and Betty comparing the Emory’s to mould that you can’t scrub out is jarring. 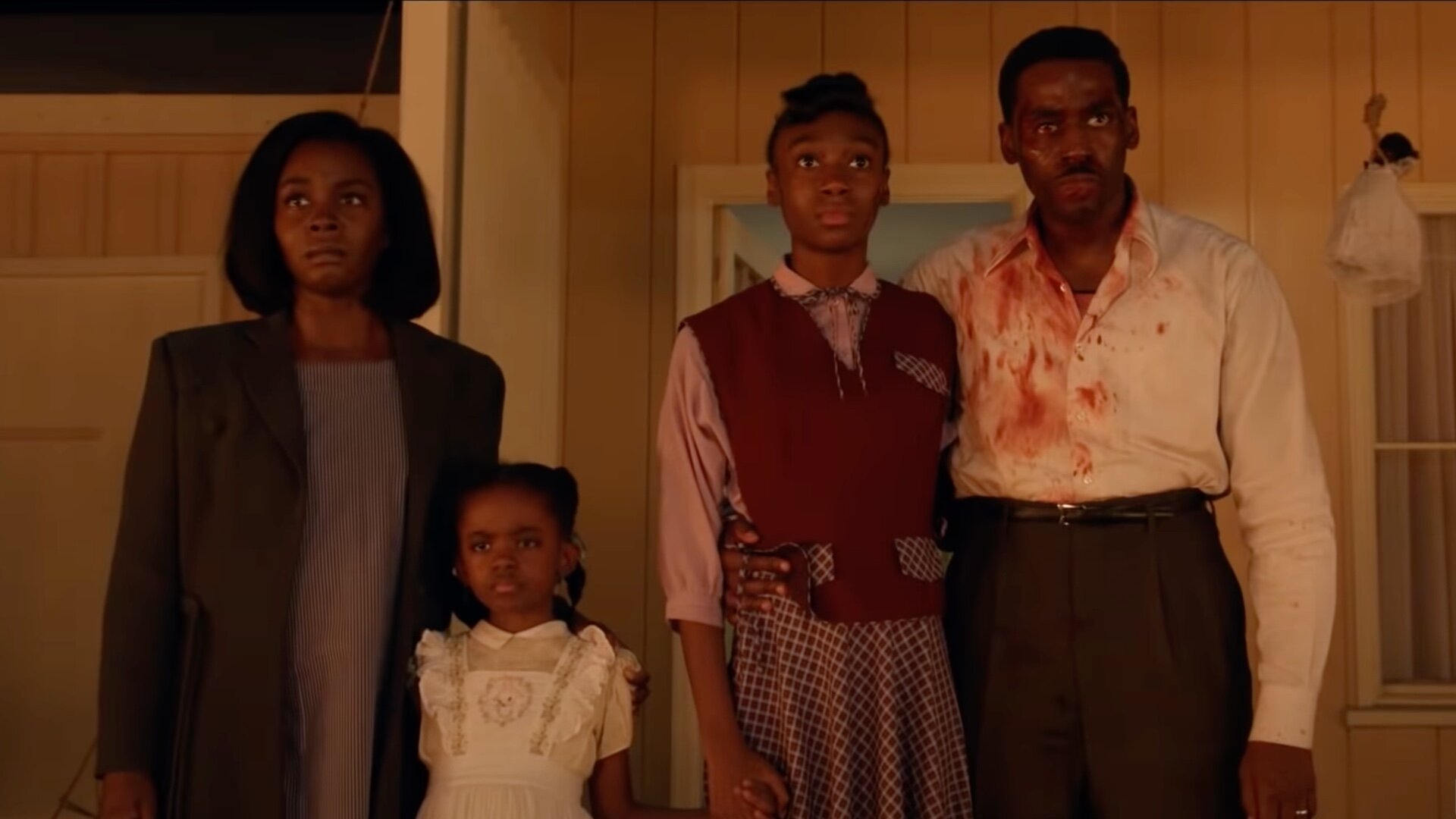 The performances of the main cast are exceptional as well. Deborah Ayorinde and Ashley Thomas as Lucky and Henry respectively are absolutely dynamic. Both actors have developed their characters in such a way that it’s hard not to be completely sucked in and forget you’re watching a fictional drama.

There is one particular scene early on in the series involving pie that is drenched in dread to the point where you may never eat pie again. Melody Hurd as Gracie Emory is phenomenal, her performance far more nuanced and believable than some other actors of her age.

She is extremely talented.

Them is a nuanced and terrifying masterpiece that should be watched more than once – the first time to enjoy the narrative and then again to soak in the other elements of the production that make it so satisfying and memorable. 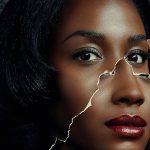