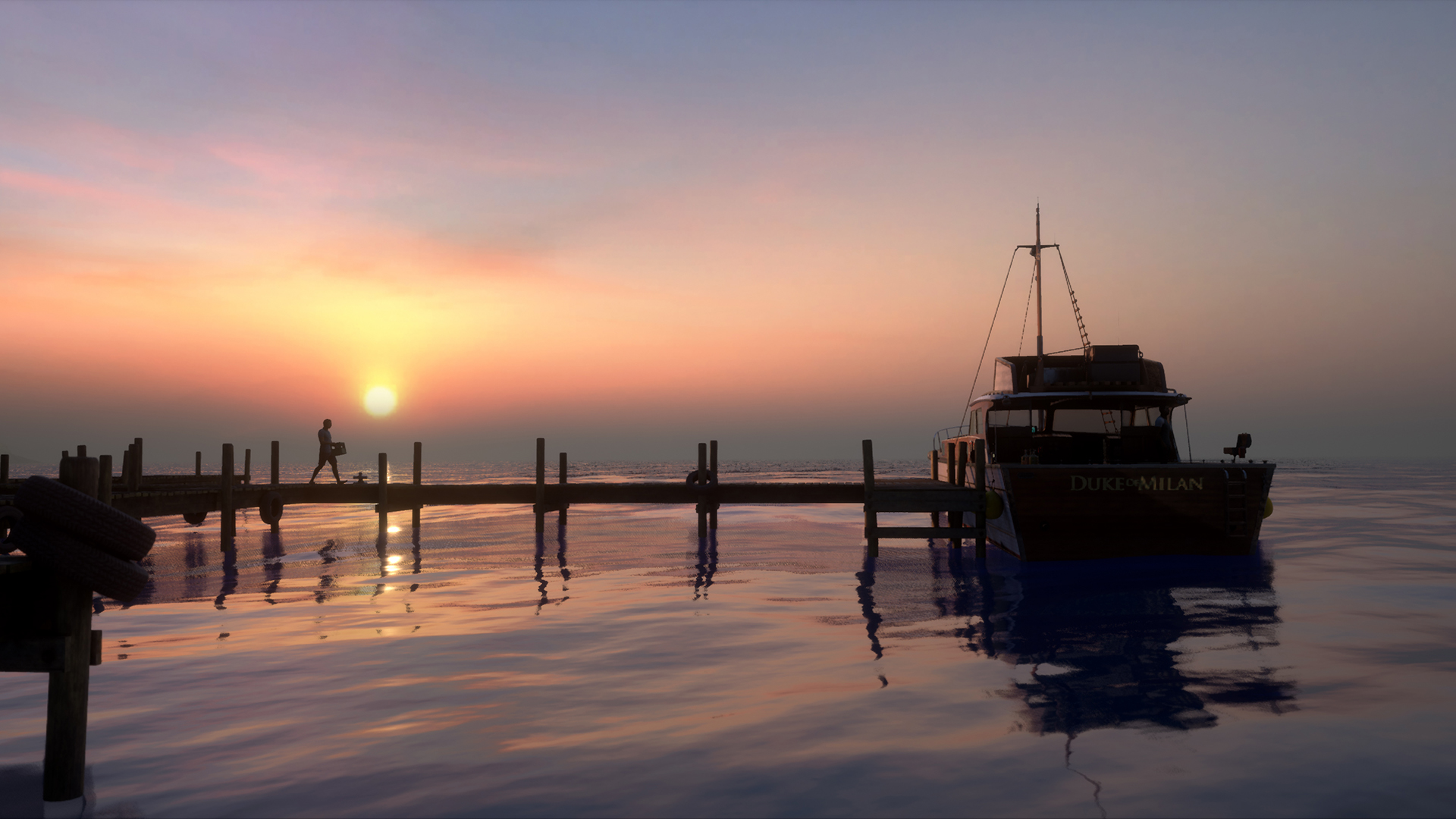 PlayStation 4 owners familiar with Supermassive Games’ superb Until Dawn will be right at home with the British developer’s first story in The Dark Pictures Anthology, Man of Medan.

The Supermassive Games has had a stint providing novelty efforts for Sony and their PlayStation 4 of late, with varying success. Whilst I found the Until Dawn VR spin-off, The Inpatient pretty good, the social horror game, Hidden Agenda and iffy VR shooter, Bravo Team, were not so good.

With Man of Medan, the developer seems to be back on form. 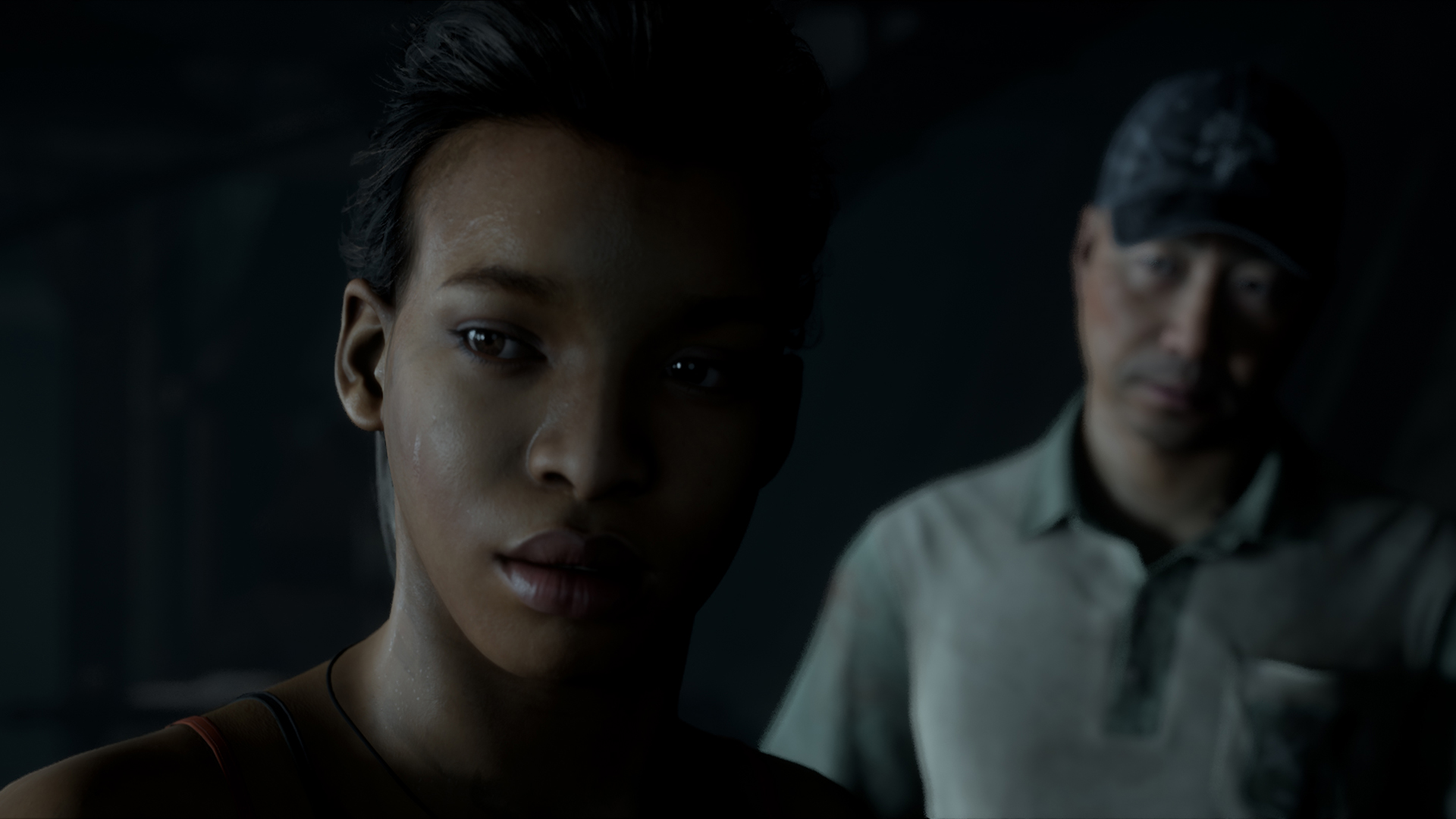 Video-game visuals are fast approaching the quality of cutting-edge CGI movies. Thus, it makes perfect sense to utilise this technology to make an interactive experience that is more narrative than game. It worked for the PS4 exclusive, Until Dawn and it works for the The Man of Medan.

Supermassive are not the first to try this. I enjoyed Konami’s PS2 attempt at a making an interactive visual novel: Shadow of Memories, even if no one else did. Ready at Dawns massively underrated PS4 exclusive, The Order: 1886, utilised CGI-movie-quality visuals to tell a fantastic dark tale set in Victorian England. As with Shadow of Memories, the players wondered where the gameplay was. The concept of a “game” that is not, strictly-speaking, a game being a hard one for the marketing departments. 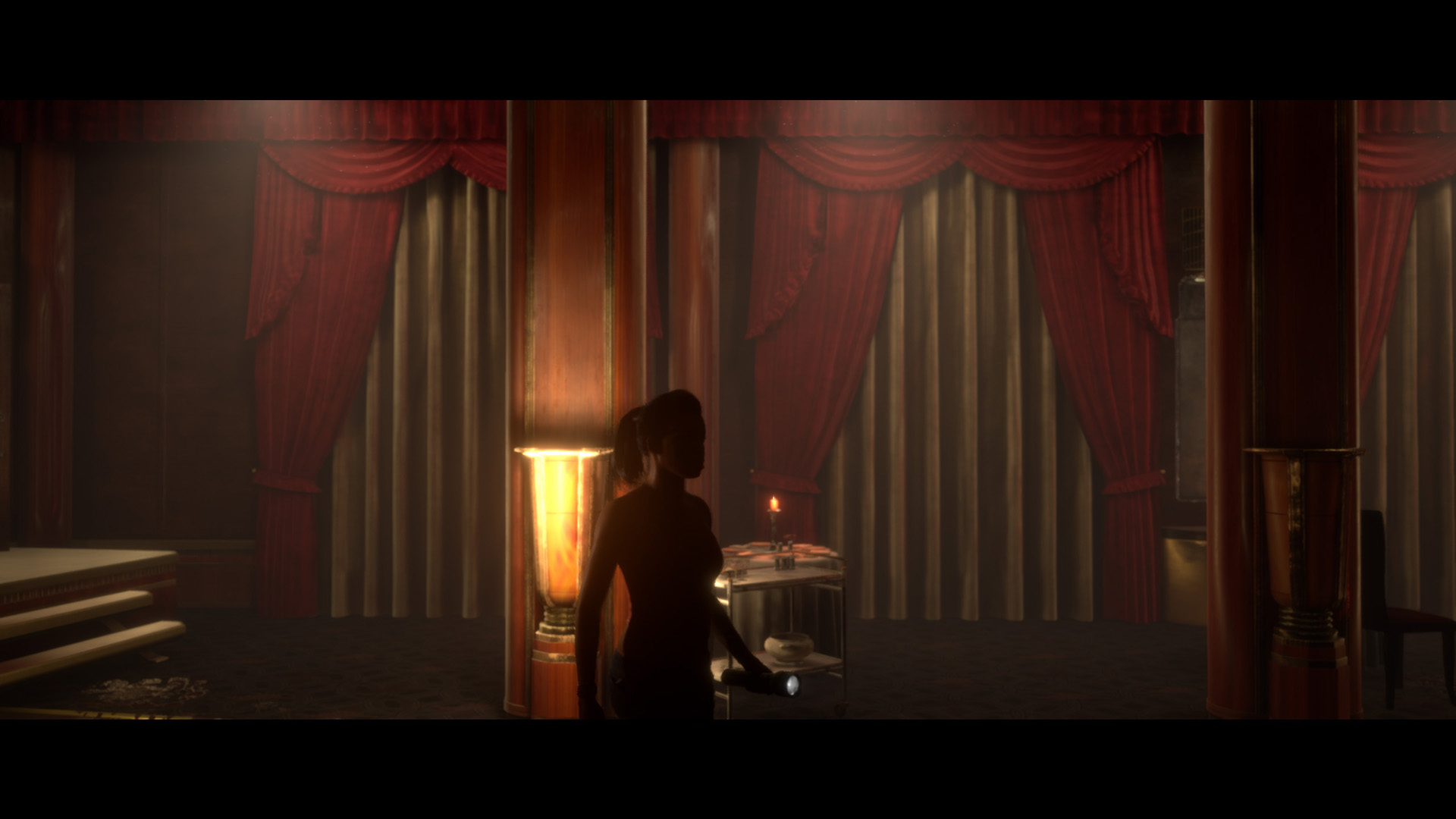 With Until Dawn, Supermassive, managed to crack this nut. By making the player’s choices translate to tangible and shifting character emotions and relationship attributes, this becomes the gameplay that may not have been obvious in past attempts.  Whilst the success of Until Dawn was only shared to PS4 owners, Man of Medan unleashes this new type of CGI narrative adventure game across PC, Xbox One and PlayStation 4.

Man of Medan is loosely based on the Fortean urban legend of the ghost ship, SS Ourang Medan, roughly translated from Malay to “Man of Medan”. Legend has it that this ghost ship was found with all the crew dead, seemingly with terror on their faces. 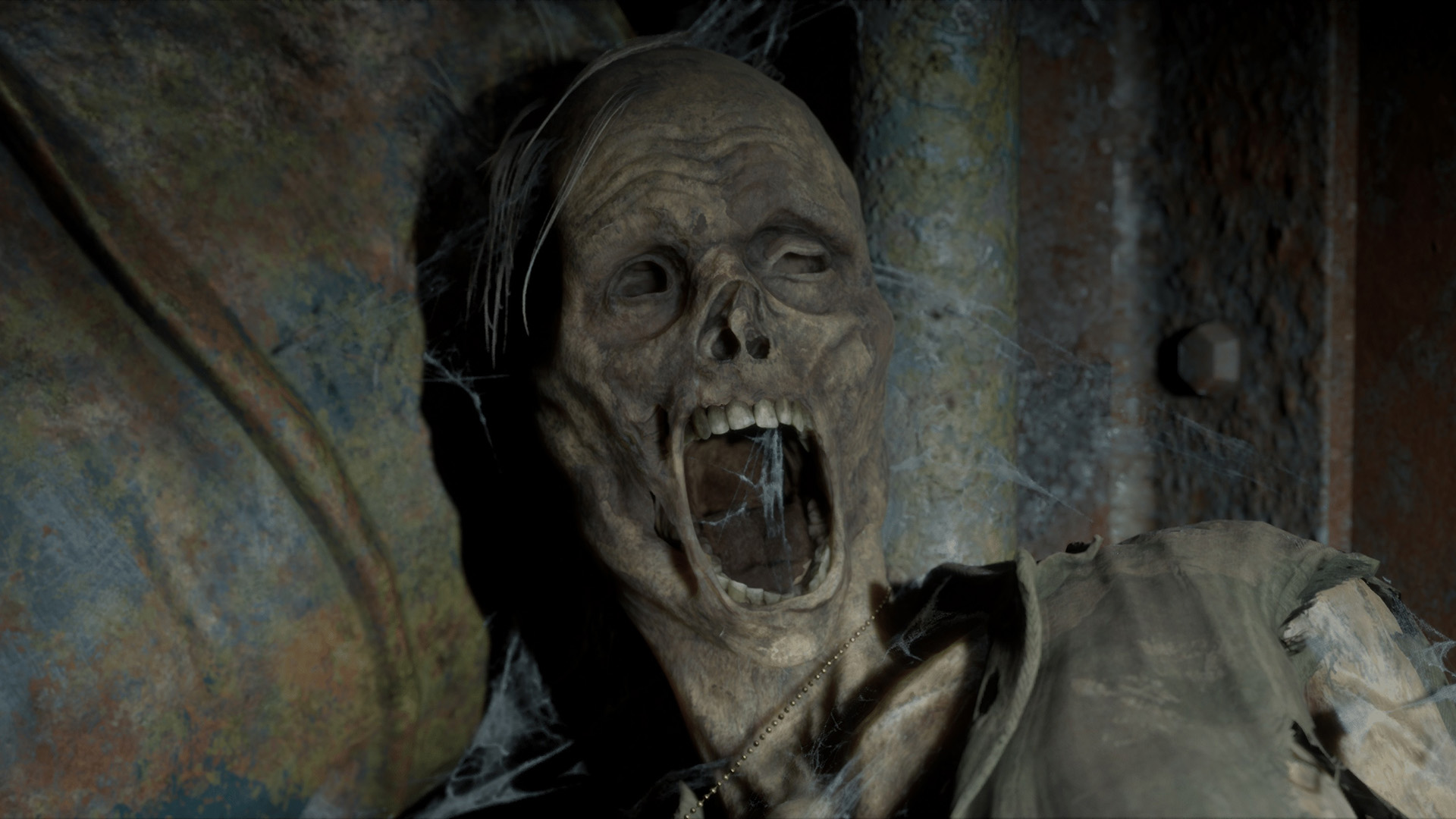 The game starts with a prologue during the Second World War, as two drunk soldiers are entertaining themselves in a Chinese marketplace before returning to their ship, you guessed it, the Ourang Medan. An altercation on deck sees one of them knocked out and the other put in the brig. As he returns to consciousness the soldier finds himself alone in the infirmary, a dead man is in the cupboard. Spooked, he finds his friend locked in the brig and frees him. Together they search the ship, discovering something has gone very wrong.

I’ll leave it at that.

With the prologue out of the way, the scene is set by a very TV show-inspired intro as The Curator, a mildly sinister overseer of the anthology series, walks the impressive halls of a building to his library-cum-study. Breaking the fourth wall The Curator, in a well enunciated British accent explains the nature if the tale that will unfold and the players role in influencing the circumstances that will befall our hapless cast. 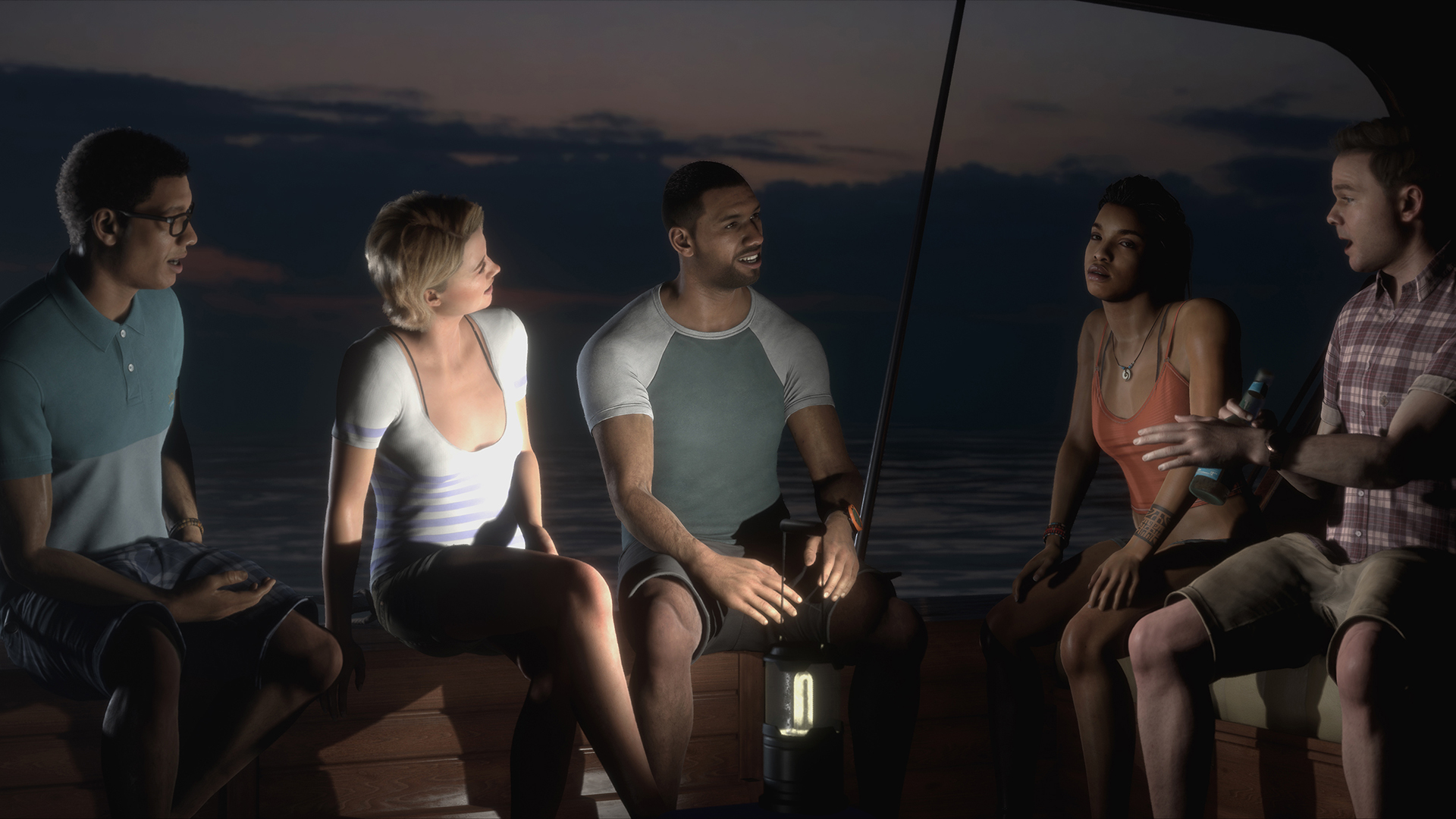 The story, proper, is set in the present day. Four young Americas have chartered a boat in the South Pacific to take them on a diving expedition. Players are introduced to the protagonists and their unique personality traits. We have the introverted Brad Smith, his gallant brother Alex, Alex’s impulsive girlfriend, Julia, and her lovable asshole of a brother, Conrad. Their captain is the enigmatic Fliss.

An interesting underwater discovery and an altercation with the locals sets the five of them on a course that could mean their doom. It’s the players actions, however, that will determine their fate.

Of course, the modern-day story interacts with the prologue sequence, giving players an interesting haunted house at sea experience that is not quite as it at first appears.  As the story unfolds, the player is occasionally returned to The Curator’s study where he comments on the players performance and offers cryptic advice that may or may not actually be helpful. 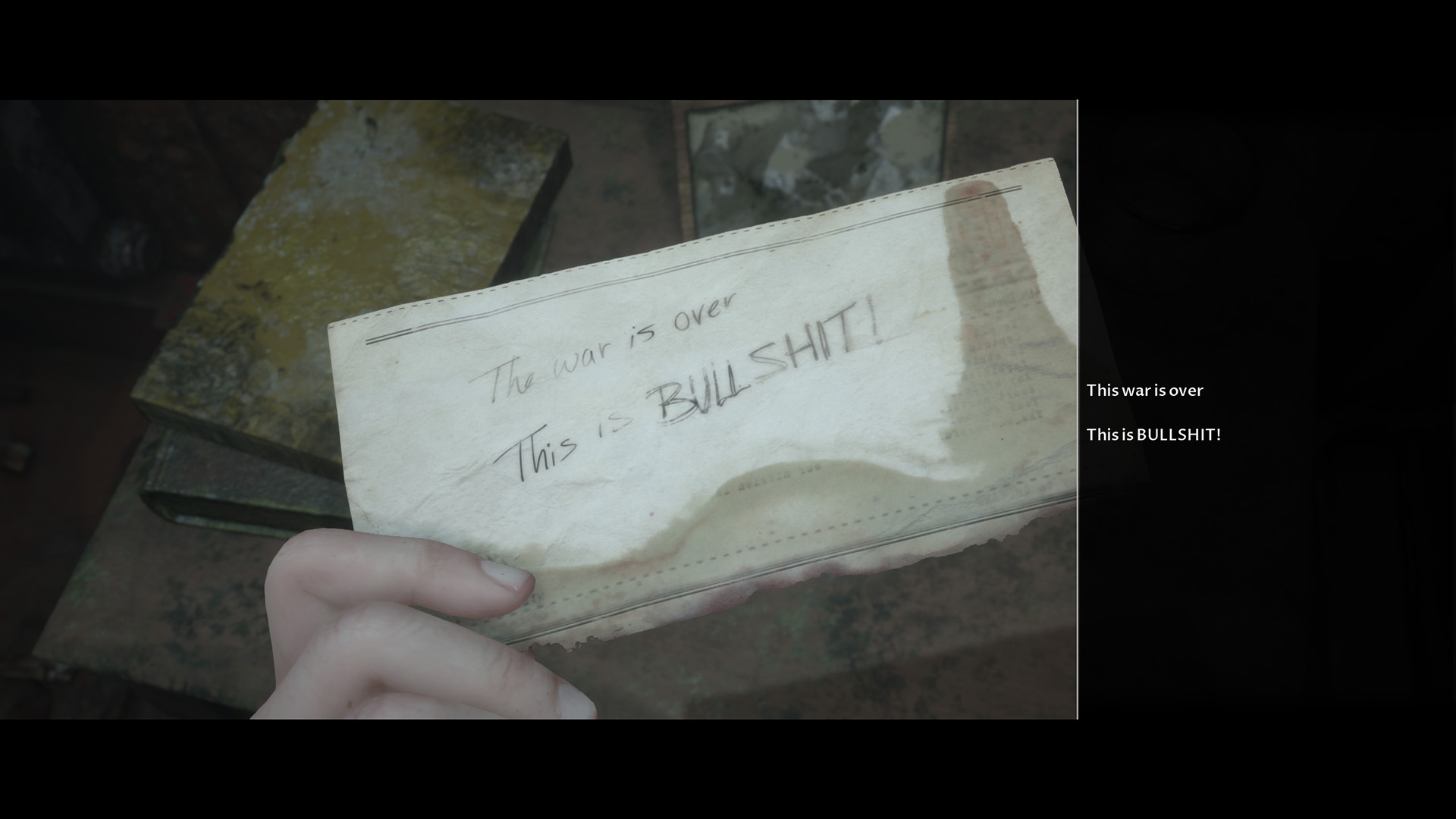 The story is of reasonable length, for the price of admission, and well written. I did figure out the plot twist way before I felt the developers thought I would. The goings on are pretty obvious in the end, completely removing the horror element and making and leaving any tension up to cheap jump-scares.

The whole production is a polished, first-class affair. The acting, the motion capture and the superb visuals set the game up as an interactive CGI movie. Apart from the odd, weird waling animation, more a problem with having characters respond to players control that a fault of the game, the visuals are flawless.

The gameplay involves searching for clues, which usually result in option, quick-time-style actions. And conversational decisions. The rhythm mini-game with a heartbeat mechanic for keeping cool under stress it particularly well thought out and quite nerve-racking. 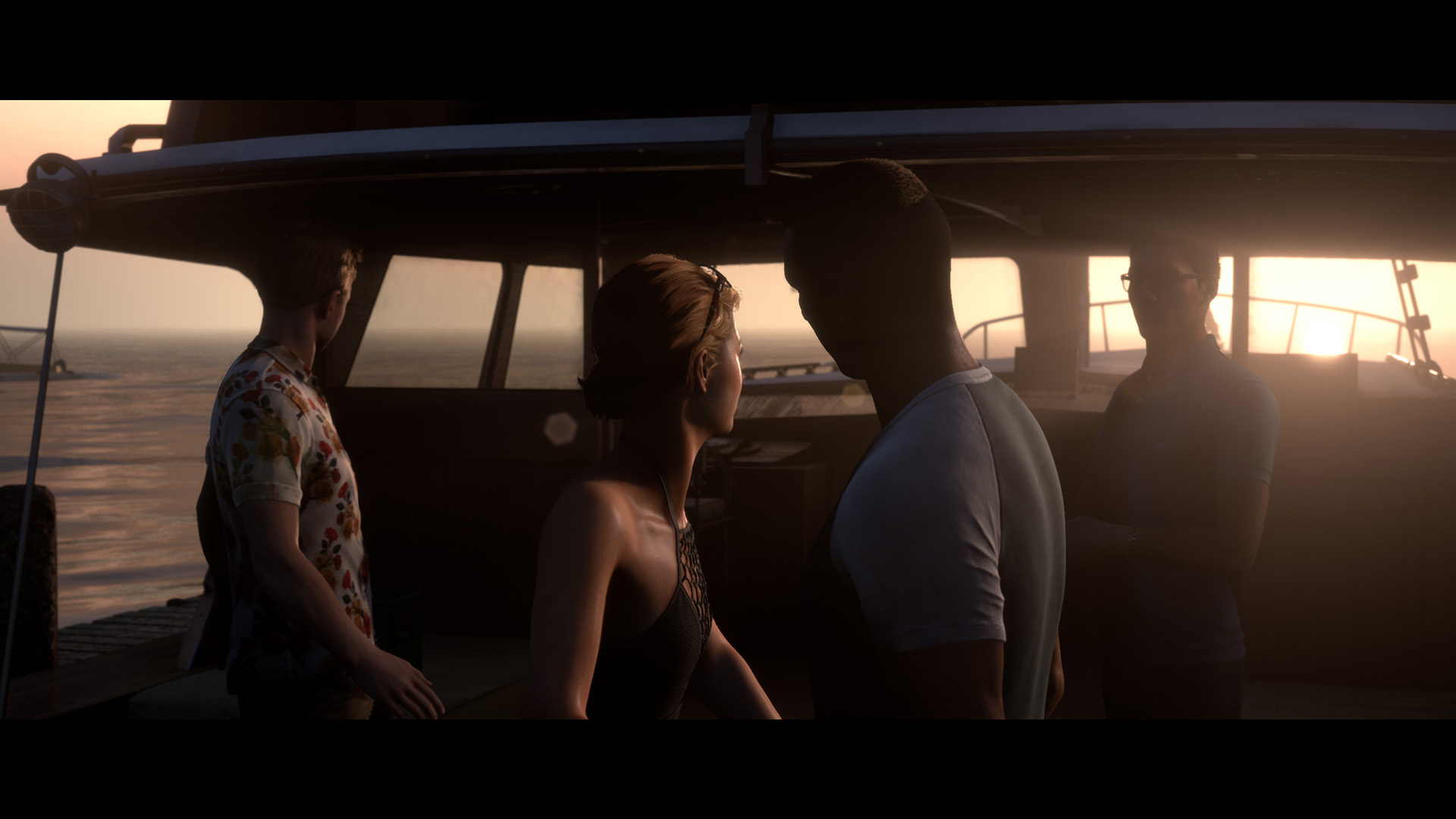 The game is not meant to be that twitchy, but it does force you to think quickly. This is when you make a bad call and maybe cost the life of one of the characters. But the game is never unfair. All the players choices add up to create a unique story that invites a replay to try different things.

As well as a solo mode, the Man of Medan can be played as a multiplayer game. Shared Story allows player to follow the story, online, with a friend. The Movie Night mode, turns the game into a fun party game, with 2-5 players passing the pad as their character(s) take centre-stage. 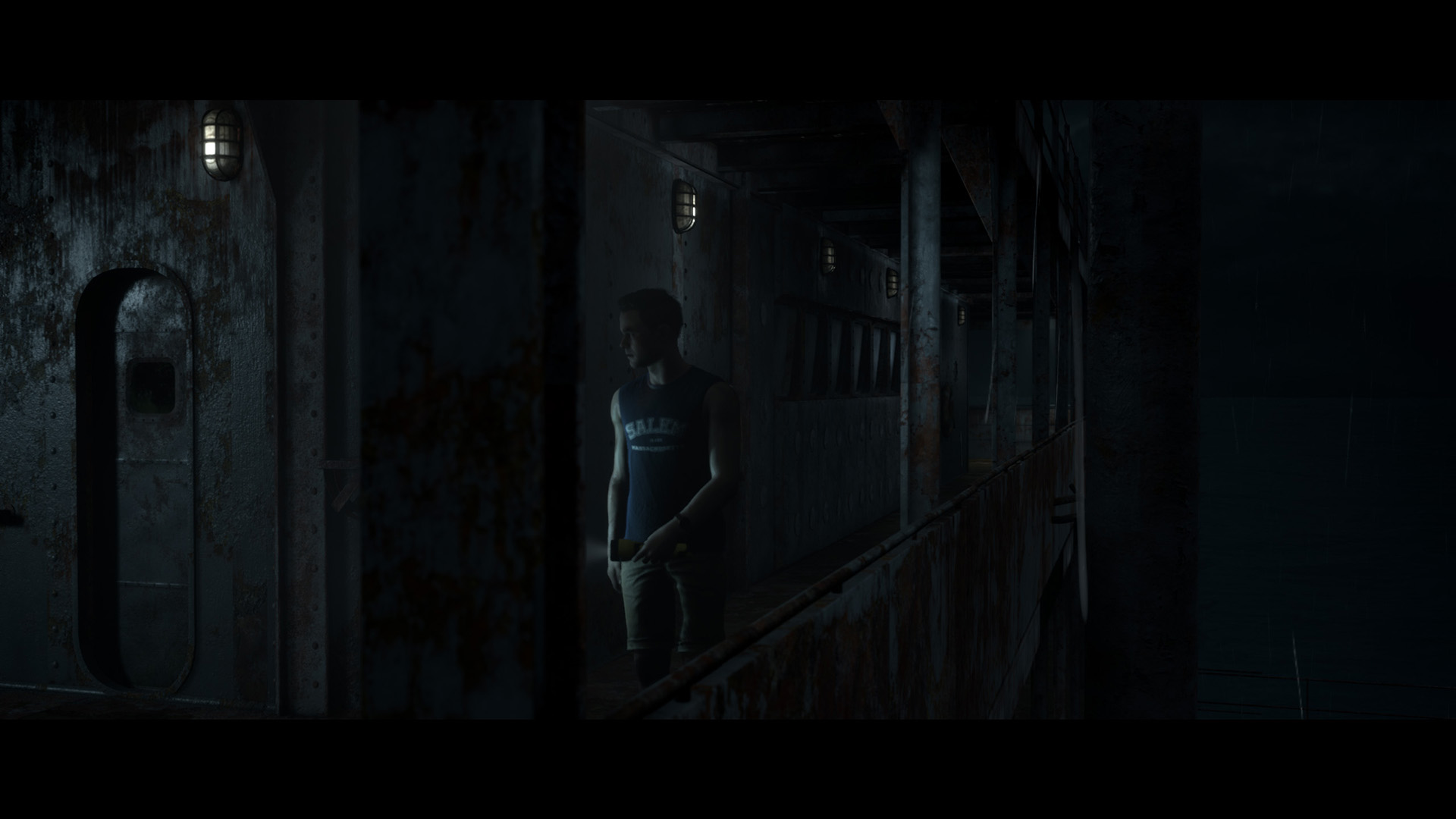 The game comes with a range of unlockable extras. Certain “making of” videos unlock as the player progresses though the game, whilst others require the discovery of all the game’s secrets.  Once the game has been played though once, the Curators Cut becomes available, telling an alternative view of the events.

Overall, Man of Medan is a good start to Supermassive’s The Dark Pictures Anthology. The macabre tale may not hold on to it’s secrets as long as I’d have liked, but it did keep me on my toes. It’s more of an interactive story that a “proper” game, but in saying that, I think the gameplay-to-story balance worked well. Personally, I’m looking forward to the next one. In the meantime, I’ll been giving Until Dawn another playthrough.