Guardians of the Galaxy 2 was always going to have a tough job. It had to follow one of the most creative, surprise hits in recent memory. While this sequel certainly doesn’t fall over it’s feet, it takes a few stumbles.

We rejoin our ragtag group of space vagrants shortly after the first film, now working as mercenaries for a group of comically pretentious aliens known as “The Sovereign”. After an enjoyably over-the-top opening sequence, which mainly serves to remind us of the group’s bicker based dynamic, the plot starts in earnest with the arrival of Star Lord’s (Chris Pratt) absentee father Ego (Kurt Russell) 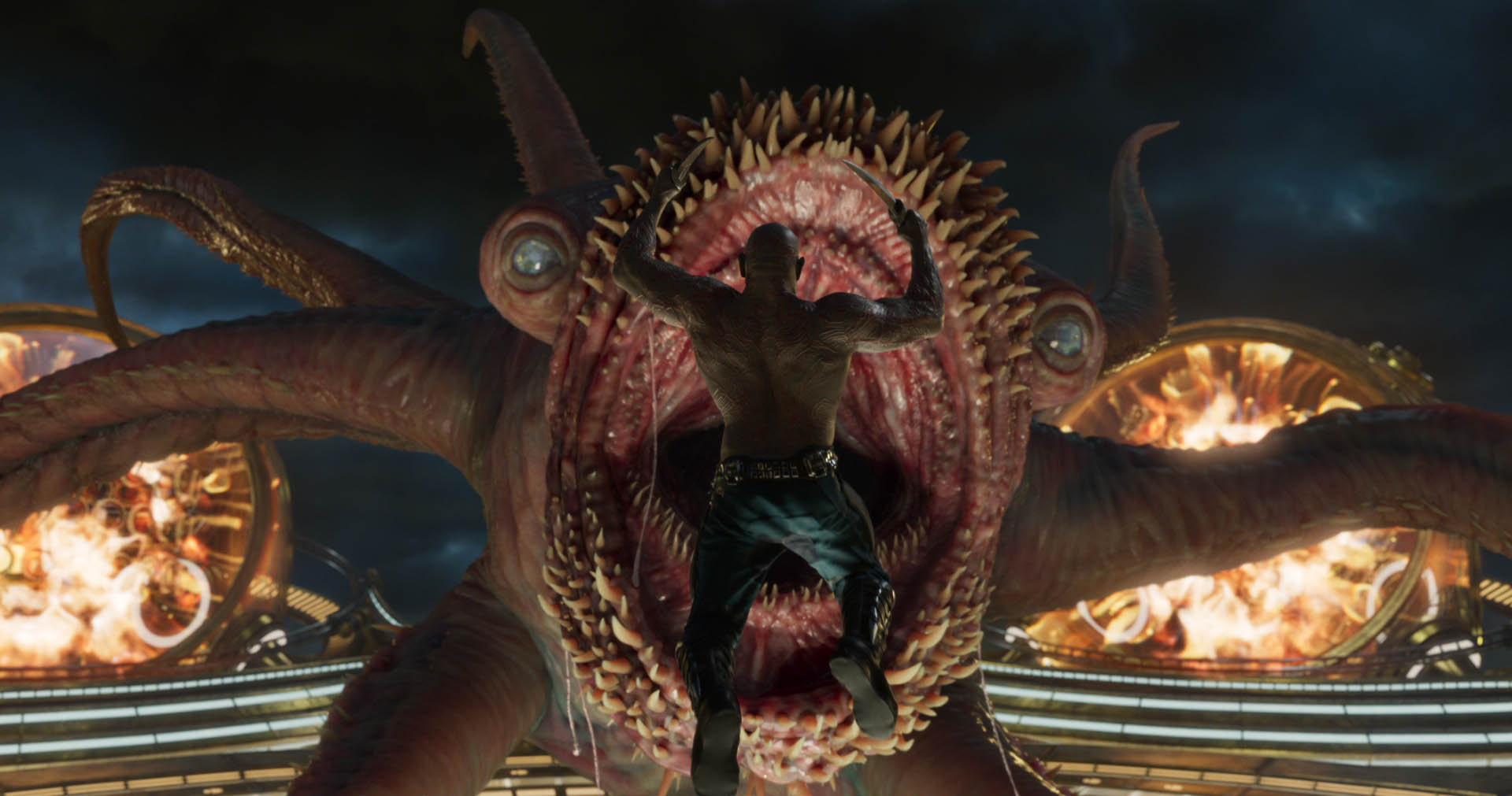 To be clear, the fundamental Guardians formula still works, the combination of off colour banter, classic rock and spectacular action is effortlessly entertaining. Where the film trips up is in giving emotional weight to proceedings, although it’s not for lack of trying.

The dysfunctional ties between family, genetic and adopted, are at the heart of this sequel. Whether it’s Star Lord navigating his reunion with his father, Gamora (Zoe Saldana) doing battle with her adopted sister Nebula (Karen Gillan), or reluctant father figure Yondu (Michael Rooker), wondering whether he has made the right choices.

The film should be lauded for attempting to flesh out each of it’s characters in this way, instead of simply leaning on larger explosions and more epic battles to carry the sequel. It’s unfortunate then, that these developments are sometimes clunky and stilted. 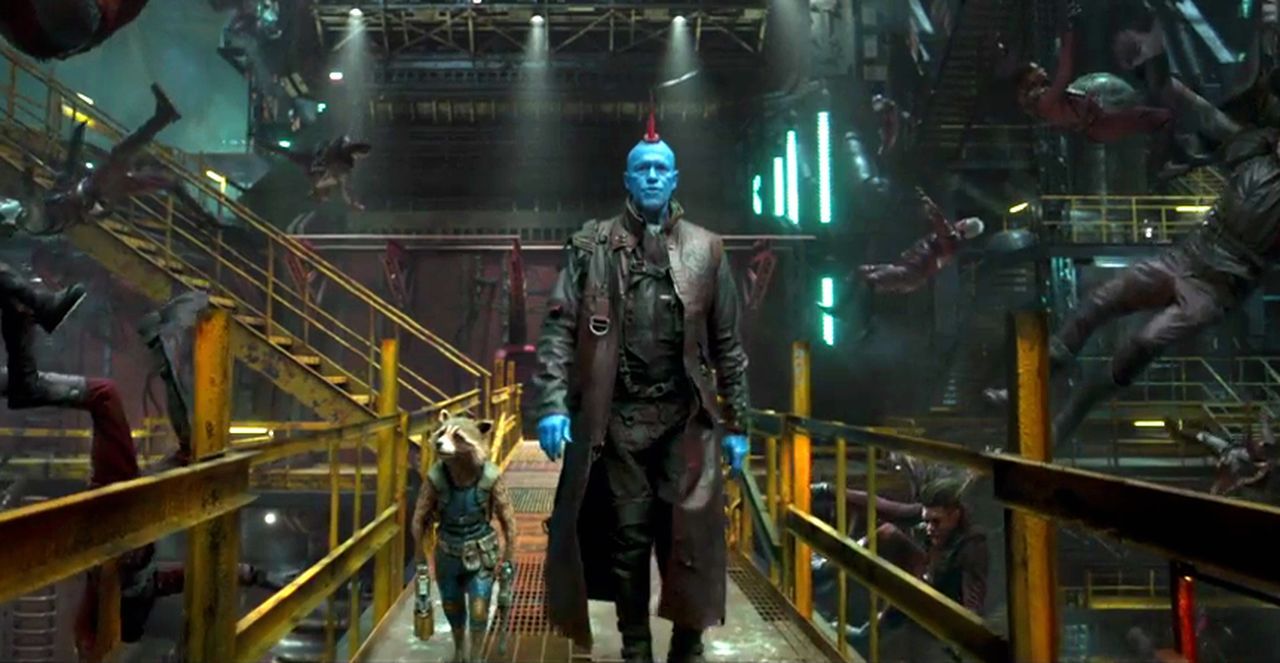 The oldest adage in storytelling is “show don’t tell” but, for every quiet, somber moment where we gather everything we need to from the actors faces, we have three more where the characters just say exactly what they’re feeling and why.  Kurt Russell’s character is particularly prone to being used as an ex-positional prop, with long monologues which have little purpose except ushering the plot along.

Marvel has often struggled with sequels. Iron Man 2, Thor 2 and Avengers 2 , were all relative disappointments. Much like Avengers, Guardians set the bar high the first time around, so it’s faults are more noticeable. While both decent films, they both feel over stuffed and wafting when compared to the original.

Guardian’s signature snappy dialogue is back, for the most part, but occasionally the characters seem like they’re trying a little too hard to be themselves. Remember how Drax (Dave Batista) just says the darndest things? Well, he says them way more now.  Remember how Rocket (Bradley Cooper) was hilariously snarky? Well, now he’s mostly just snarky. 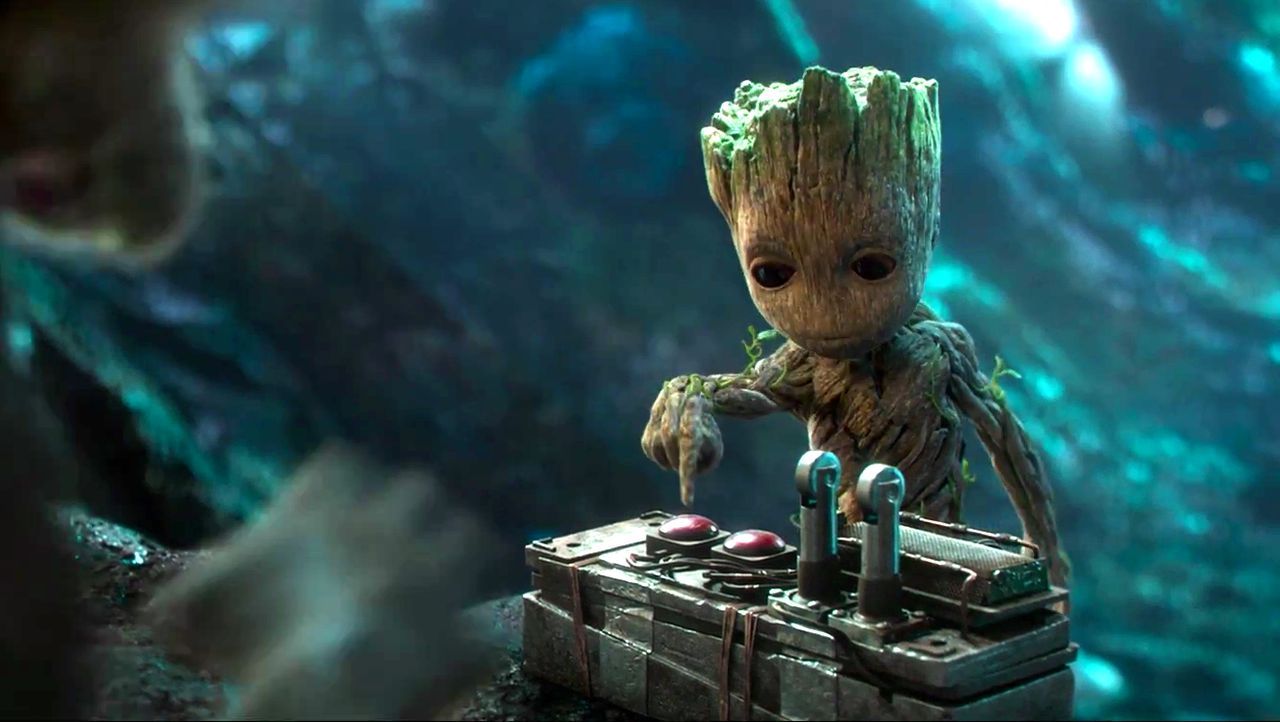 Baby Groot (Vin Diesel) is one character who is undoubtedly more fun this time around, providing a good chunk of the films best moments.

While the film still hits more than it misses,  the climax particularly tries to go for too many emotional gut punches in a row, not all of them landing. Guardians One was poignant when you least expected it, this time around the beats are fairly predictable, robbing them of impact. 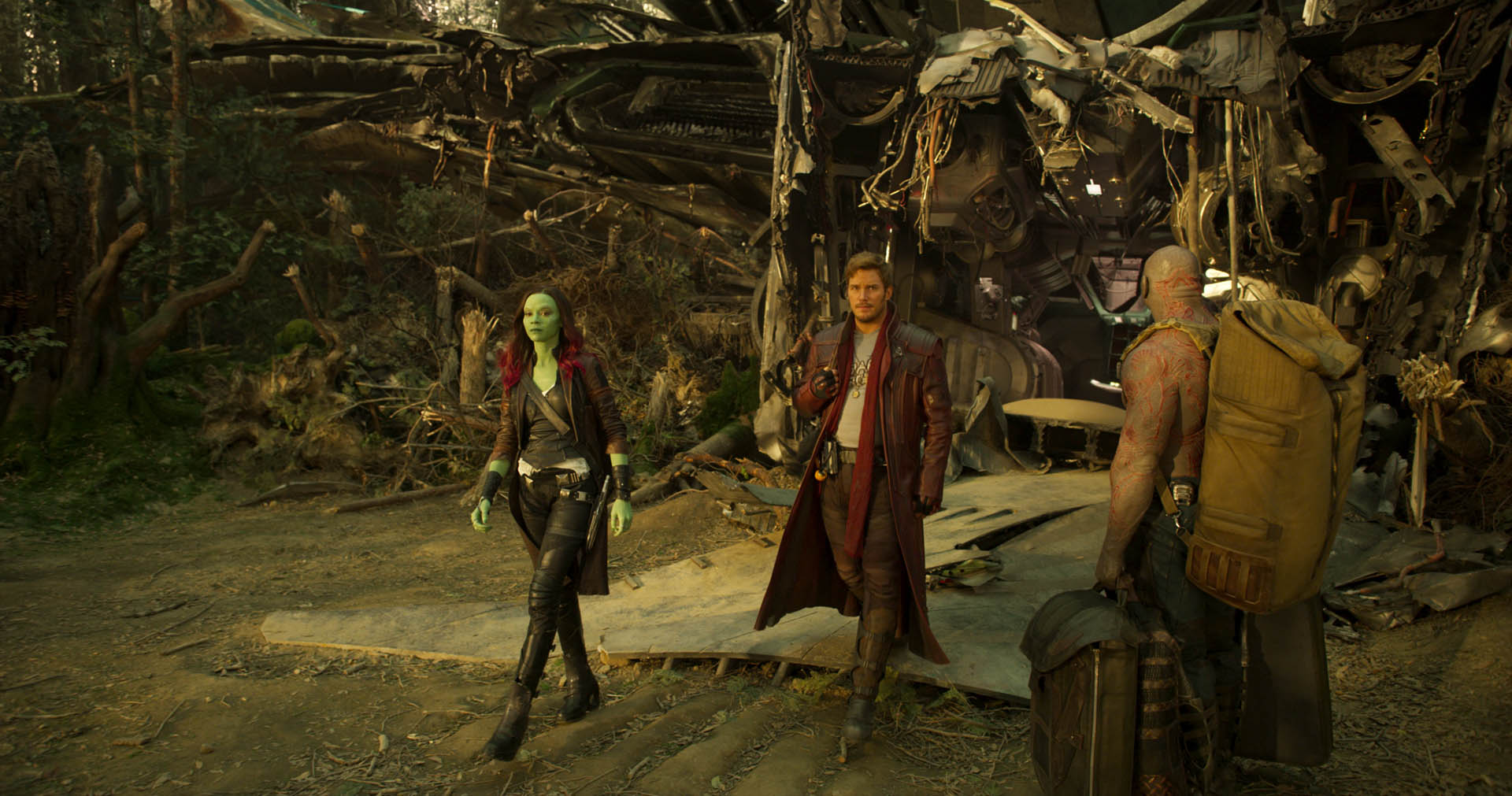 In some ways, this was always going to be a filler film. The studio has to save the biggest reveals, the most significant character developments and all the heavy plot points for Avengers: Infinity War, the billion dollar film a decade in the making. Therefore it should be unsurprising that this movie doesn’t break any new ground. 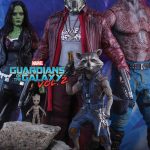