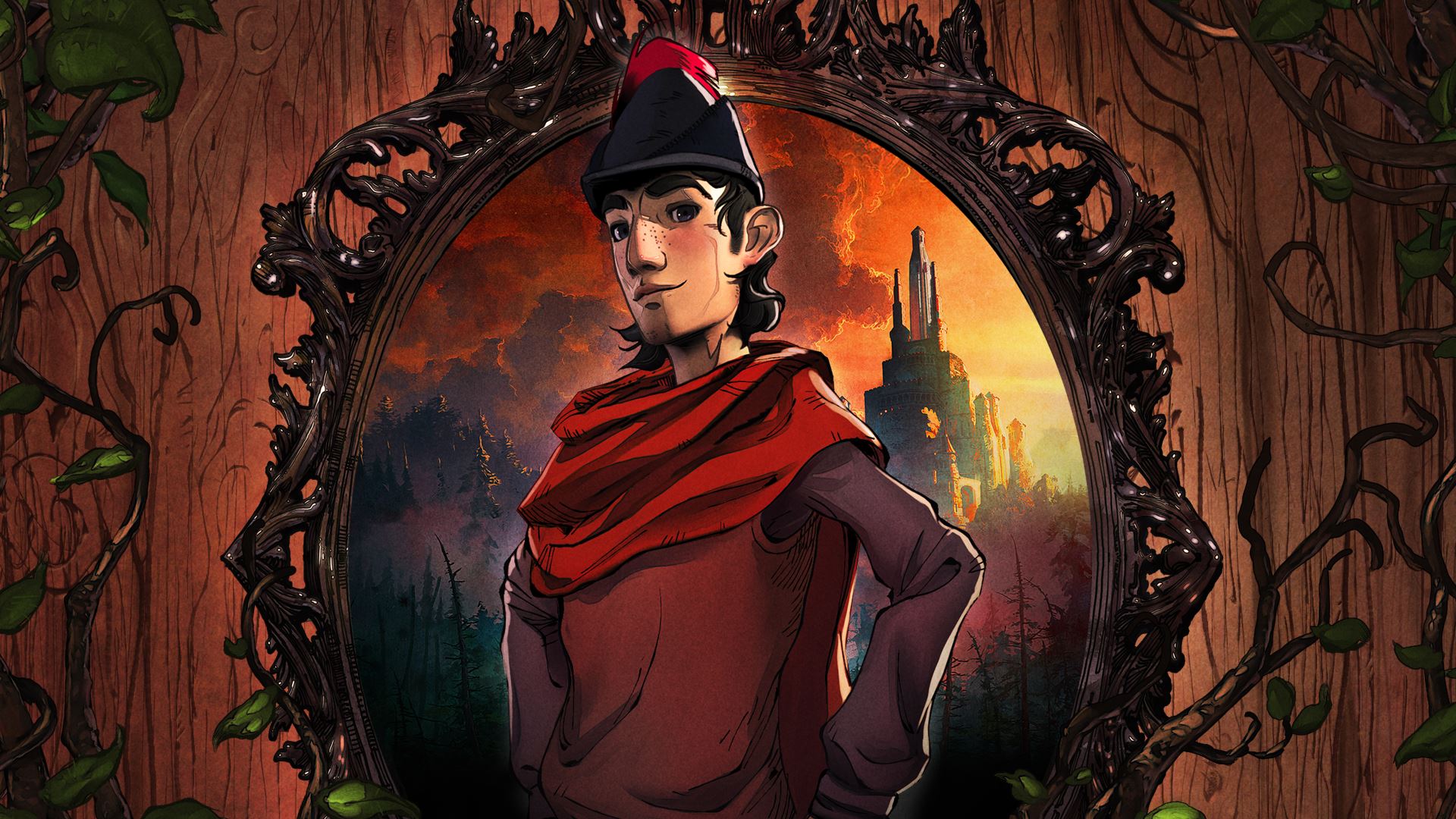 King’s Quest is an old adventure game series with its first game released back in 1984. There have been about eight other entries to the series with the last one released 1998. So it has been a long time coming for the next game in the series to be released. King’s Quest (2015) is not a long awaited sequel of even a remastering but said to be a re-imagining of the series.

Unlike its predecessors this re-imagining is more focused on being an adventure game as opposed to a point-and-click game. The Developers; The Odd Gentlemen, certainly veer away from the format of the originals with very few sections reminiscent of the previous entries. The new game is also going to be released episodically. This was apparently done due to a large story that was simply too much for one game. 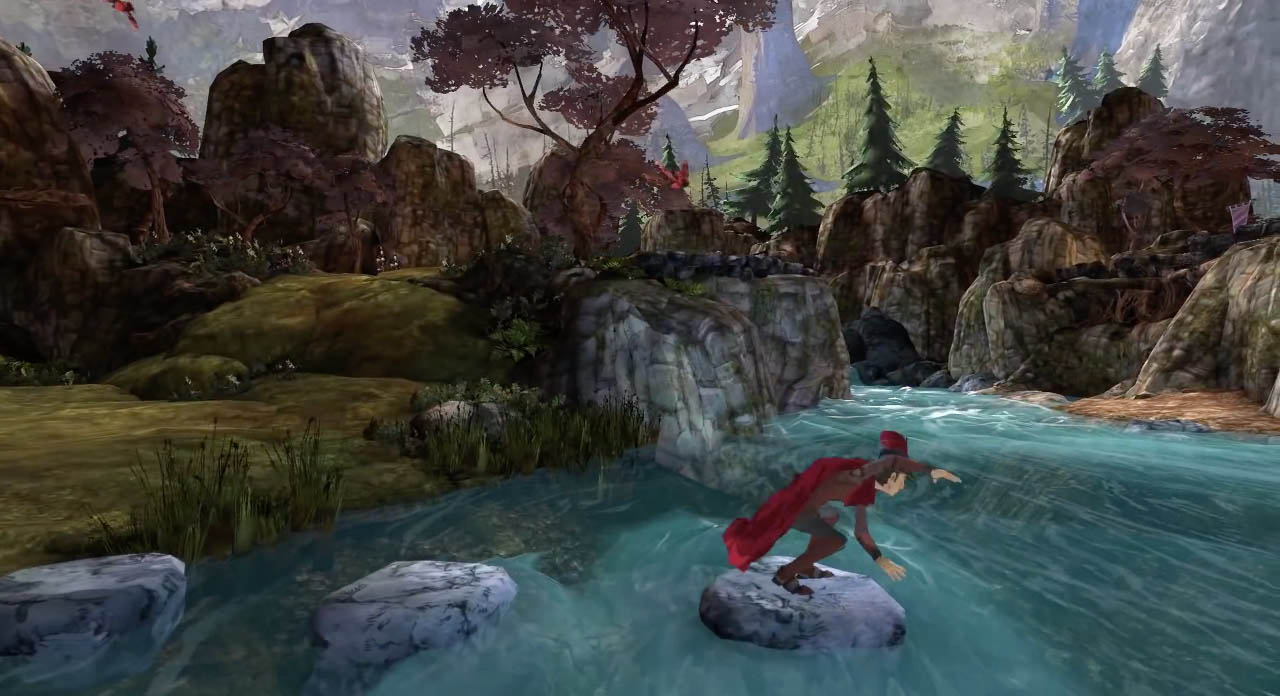 King’s Quest, while mostly being an adventure game, does throw in a few other mechanisms to give it some fast paced scenes and even a bit of combat to lively things up a bit. By combat I mean scenes where you can briefly shoot arrows at things and /or creatures.

Playing Chapter One, you take control of Graham who is both the protagonist and narrator. King Graham, as he ends up, tells the stories of his heroics, adventures and path to becoming King to his sweet granddaughter Gwendolyn. It is up to you, the player, to re-enact these stories with some leniency as to how. There are a few different ways to accomplish the same things. Though you could have used a slightly different method or technique the end results always seem the same. 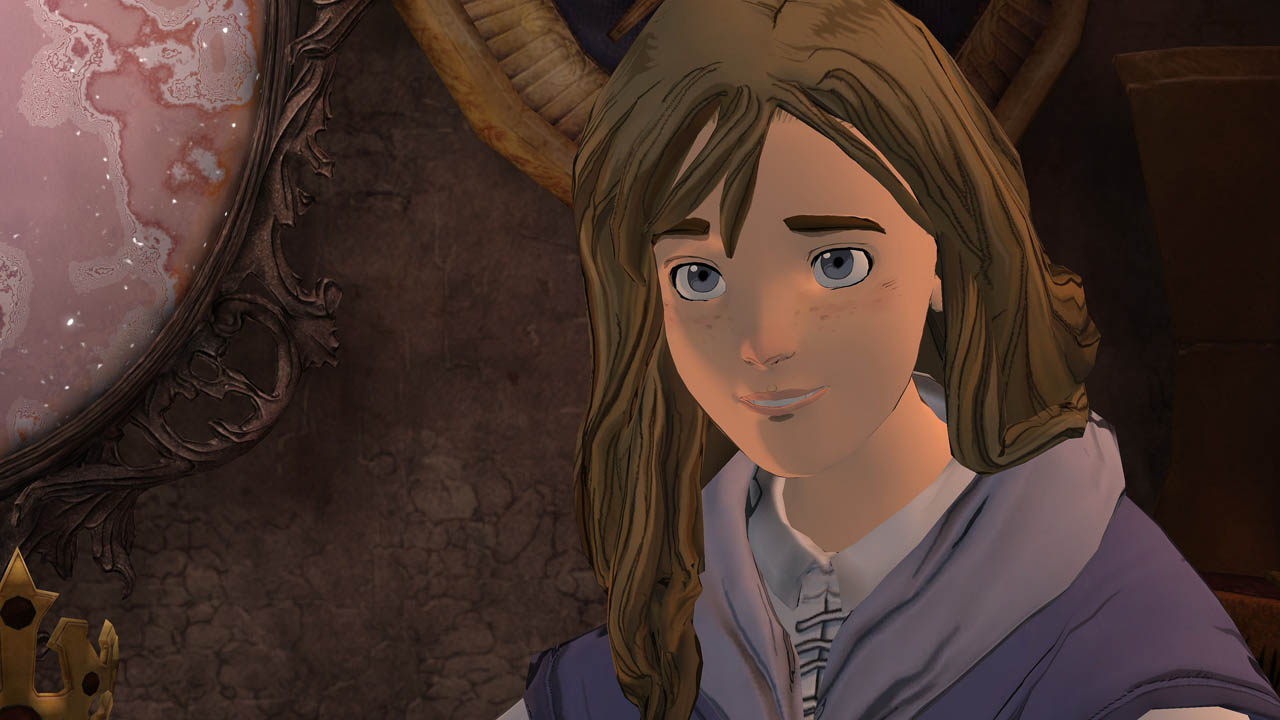 As you soon discover the young Graham started off with a dream of travelling the land of Daventry and becoming a brave knight. Now he isn’t a likely looking fellow to go seeking out knighthood as he isn’t big or strong or particularity fast, just determined.

As Graham, you explore a small variety of areas. There is a dragon’s cave, a small town and even some woodlands to explore. These areas aren’t stark in contrast to each other but do break up the scenery to some degree.  Each small area connects to the next with multiple camera locked sections. Some of these places can be revisited as necessary. It is up to you to explore your surroundings to find the objects you might need or be able to interact with to progress the story. 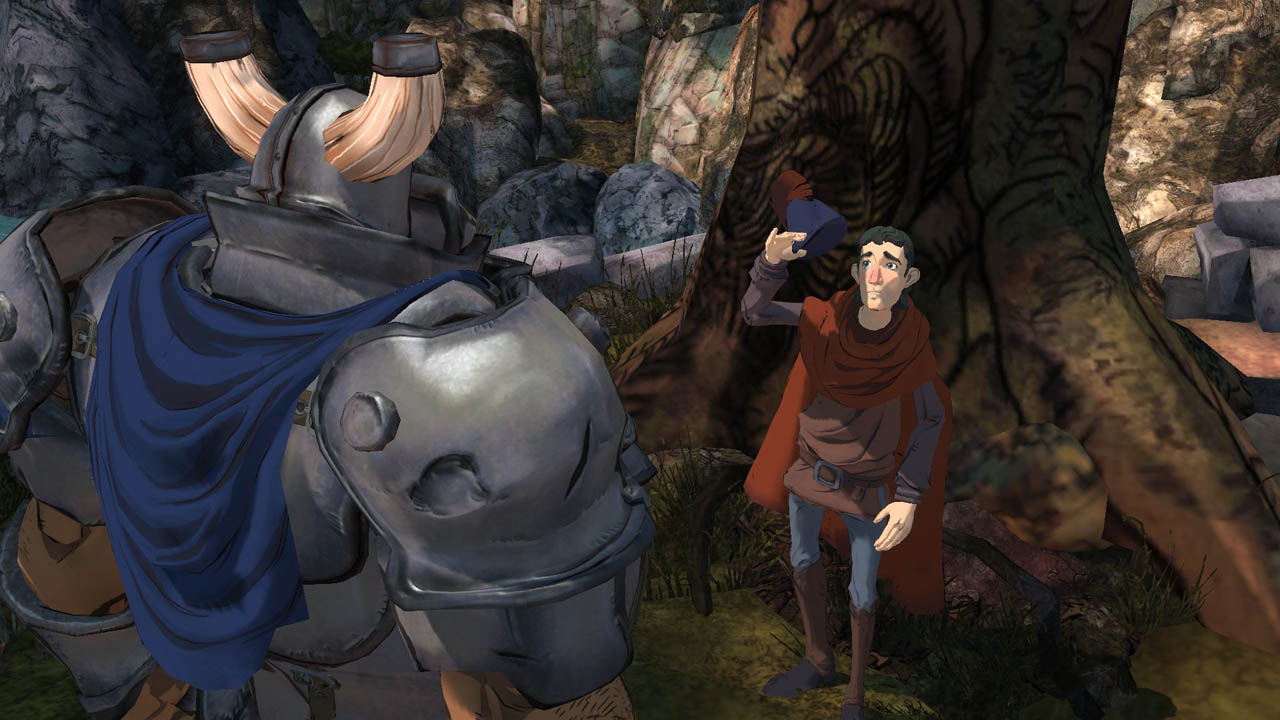 The beginning of the game had a lot of appeal for me. The cell shading graphics and quirky characters had me entertained. It mostly maintains a very lighthearted and silly vibe. The script follows suit with some serious cringe worthy puns thrown in. For the most part I found King’s Quest to be amusing but there are some sections in the game that are simply too ridiculous even for my taste.

Being episodic the game does take a “free choice” angle with implications to your actions echoing through the rest of the game. There is some puzzle elements but not anything brain straining. The games starts fun and fast paced with extra mechanics thrown in to break up the adventuring. 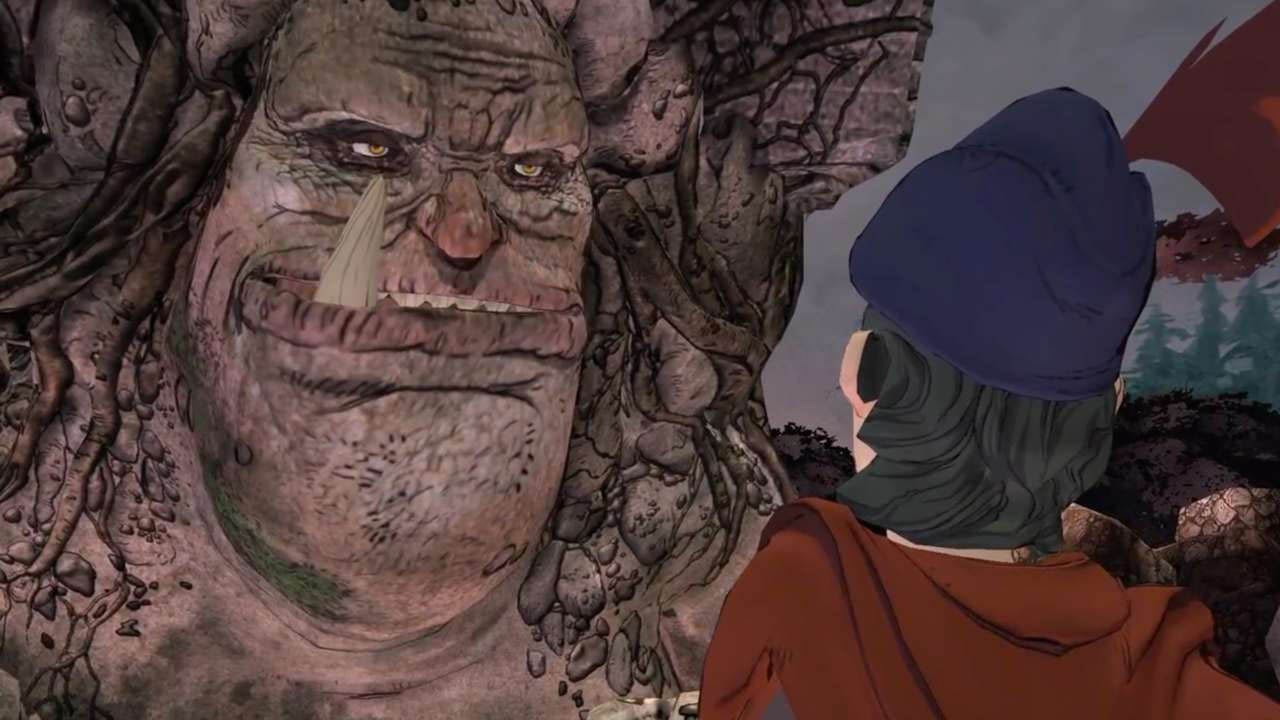 However as the story progresses along it seems to become slower paced… or maybe that was just me. Either way, spending so much time running around the same areas, to bring this here and take that there, become more dull and tedious than enjoyable. I do like ‘puzzle’ solving but it got a point where, thanks to a small oversight, I was tunneled to one direction with no real opportunity to make the ‘choices’ I was supposed to have. After making or rather believing it was my only option I was devastated to the consequences of my “chosen” actions. This was cause for some frustration.

King’s Quest does offer a reasonably entertaining adventure with both slow and fast paced sections. 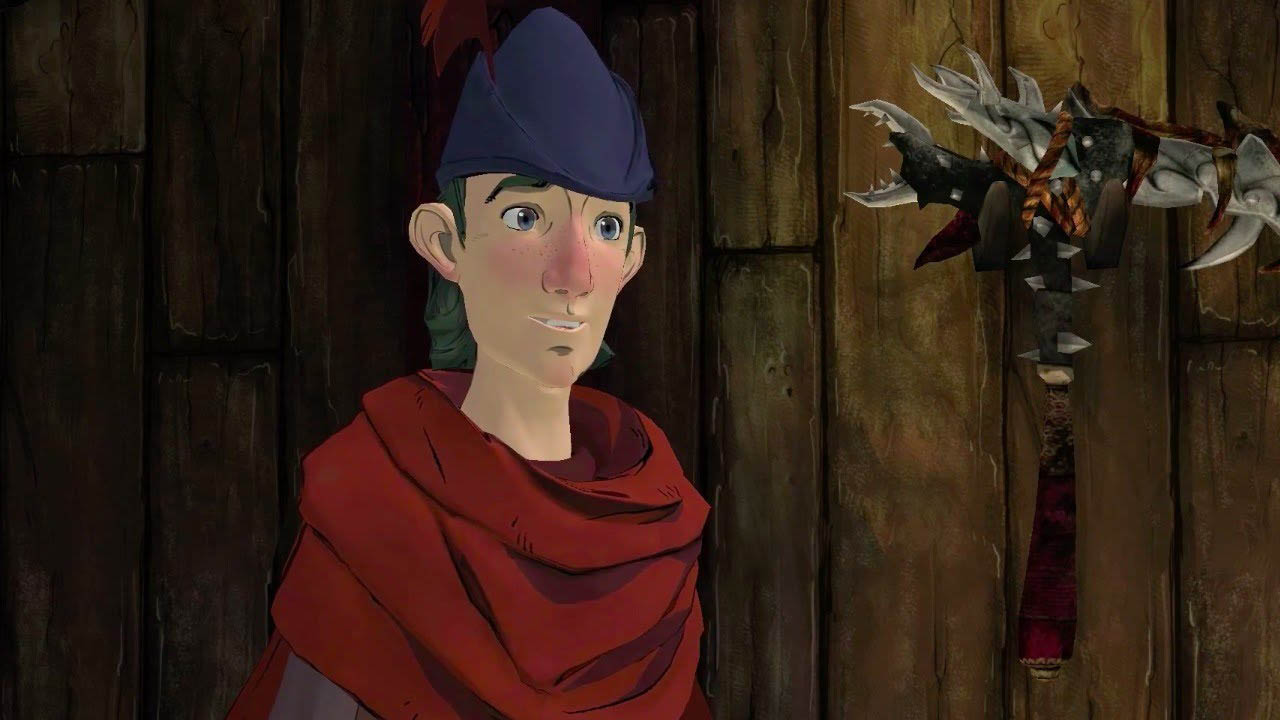 The story only had me half interested most of the way but at least its oddity did help with my waning attentions. The art style is cute and done well enough. Some areas are lacking in detail and textures but the overall cartoon style makes you more forgiving of them. The voice acting and narration I felt hit the spot.

I wouldn’t really want to play it all again but would do so to rectify my choices. So overall it’s not a bad game to be giving some attention to.