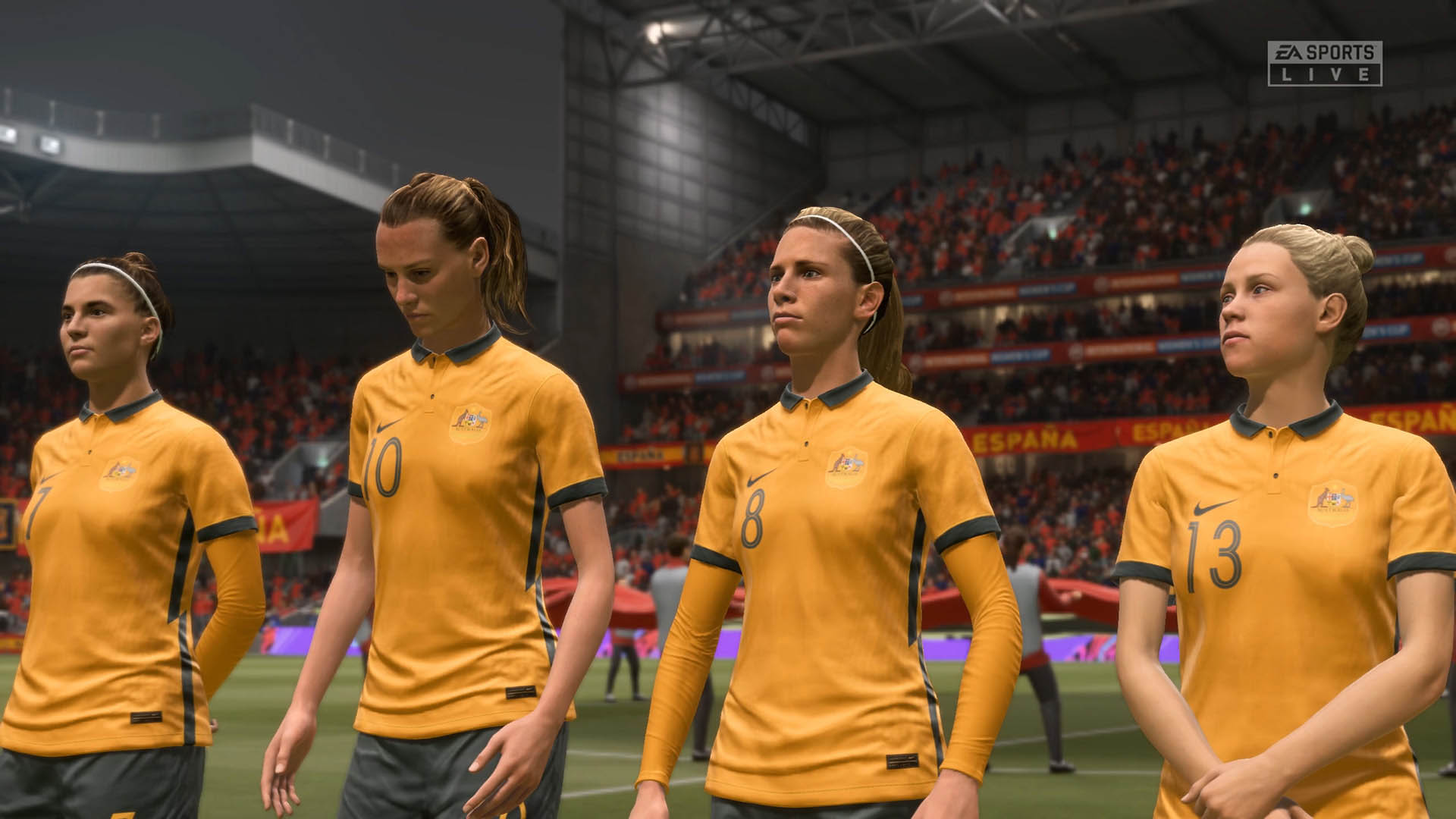 EA’s tentpole sports franchise gets it’s 2021 edition. It’s time to take to the pitch for FIFA 21.

Say what you will about FIFA, you can’t fault EA Sports for providing an all-encompassing simulation of the world’s favourite game. FIFA 21 is packed with over thirty leagues and all the top football tournaments, including the UEFA Champions League.

Notable omissions are Juventus and AC Roma from the Italian Serie A football league who have, rather ironically, signed exclusively with Konami’s Pro Evolution Soccer. Turning the tables, FIFA 21 has had to “do a PES” and include the teams with the fictitious names, Piemonte Calcio and Roma FC, as well as custom kits and emblems. Player names and likenesses are included. A truly bizarre bit of exclusivity in favour of PES, thankfully not shared by the rest of the handful of real teams that are in Konami’s game. 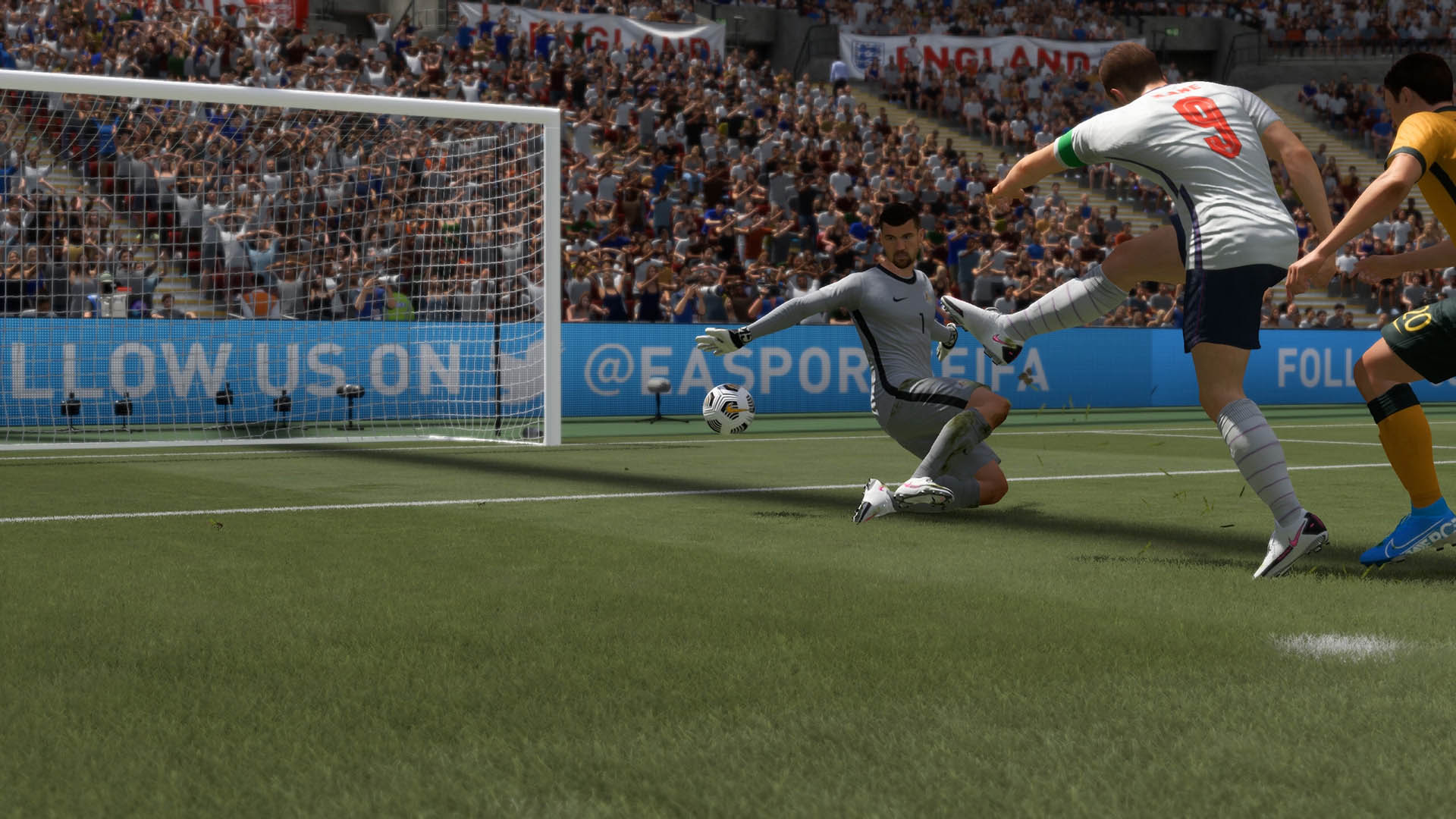 There’s some additional hoo-har with other Italian club teams and the countries Serie B league being absent well, along with no official licensed national Portuguese or Italian teams. Who cares, though? The English Premiership is there (including Arsenal and Manchester United, both of whom also have shoe in the PES camp) and, if you want to be a bit more patriotic, the Australian A-League.

Having been a bit impressed with Konami’s PES 2021, my turn on this year’s FIFA bore an extra bit a scrutiny. Whilst PES may have the edge on ball physics, unfortunately for Konami, the bright lights and polish of FIFA have me every time. EA Sports have perfected their craft in bringing a smooth, relatively faultless game of football to our screens.

The game features all the modes that have been baked into the franchise for years. Players can select their favourite teams to play in leagues and tournaments, both real and customised as well as partake in a quick friendly. The FIFA Ultimate Team mode provides the fantasy football/collectable card mashup for players wanting to create their dream team. 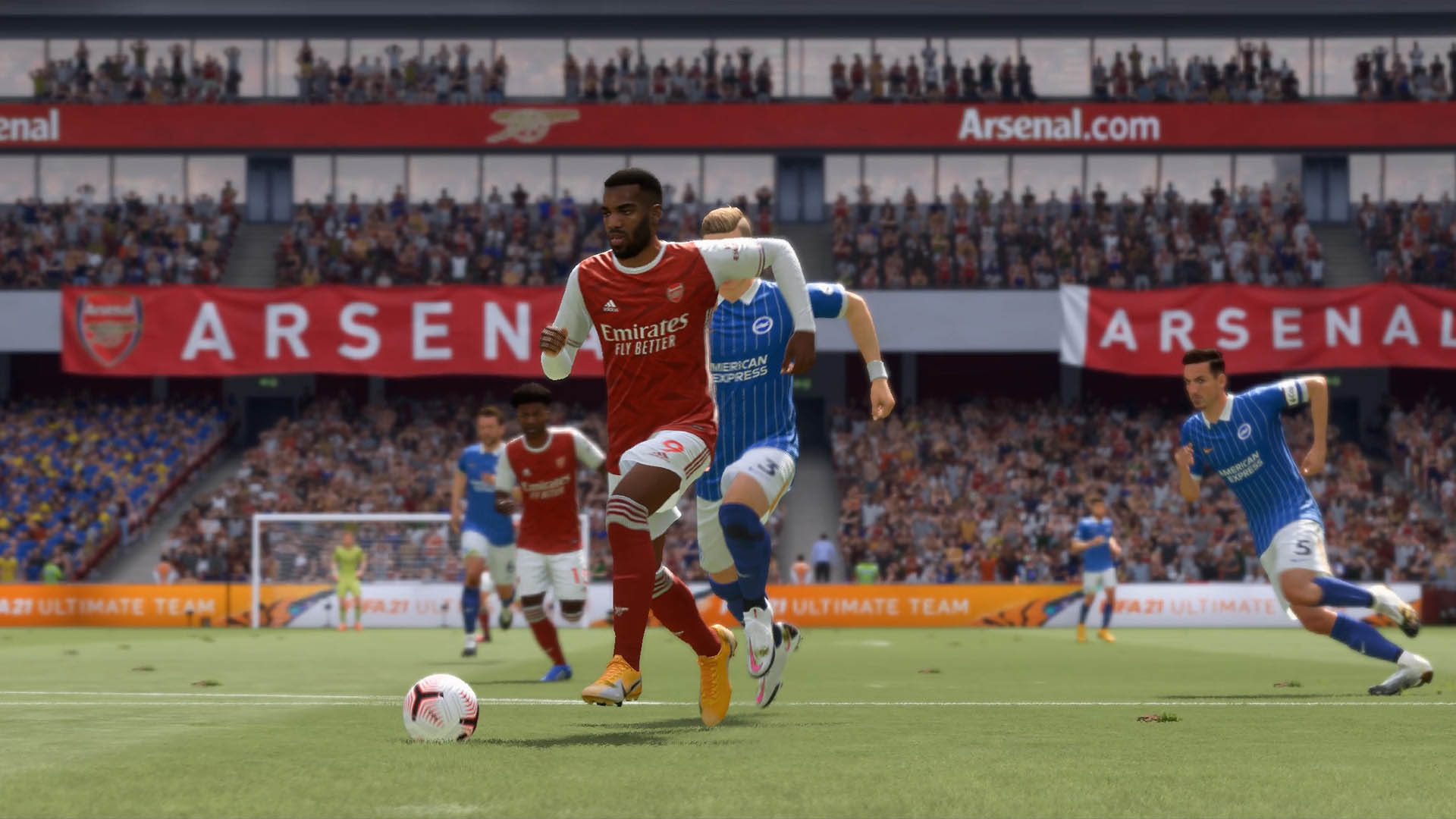 The physics seem to have had a bit of a tweak this year. I found players less likely to fall over their feet with every challenge and have a bit more weight than in the past. The change seems subtle, and hopefully not just in my imagination. You also get the choice of playing on or accepting a free kick after a foul by actually pressing buttons rather than just stopping you run.

The visuals are superb. Playing as Arsenal, I recognised all the players. Similarly, the animations are all so polished, although I did notice some clipping during replays- I thought we’ve moved on from this sort of thing.

Everything with the game feels right. I didn’t even notice the sometimes-iffy ball physics I have on previous iterations. 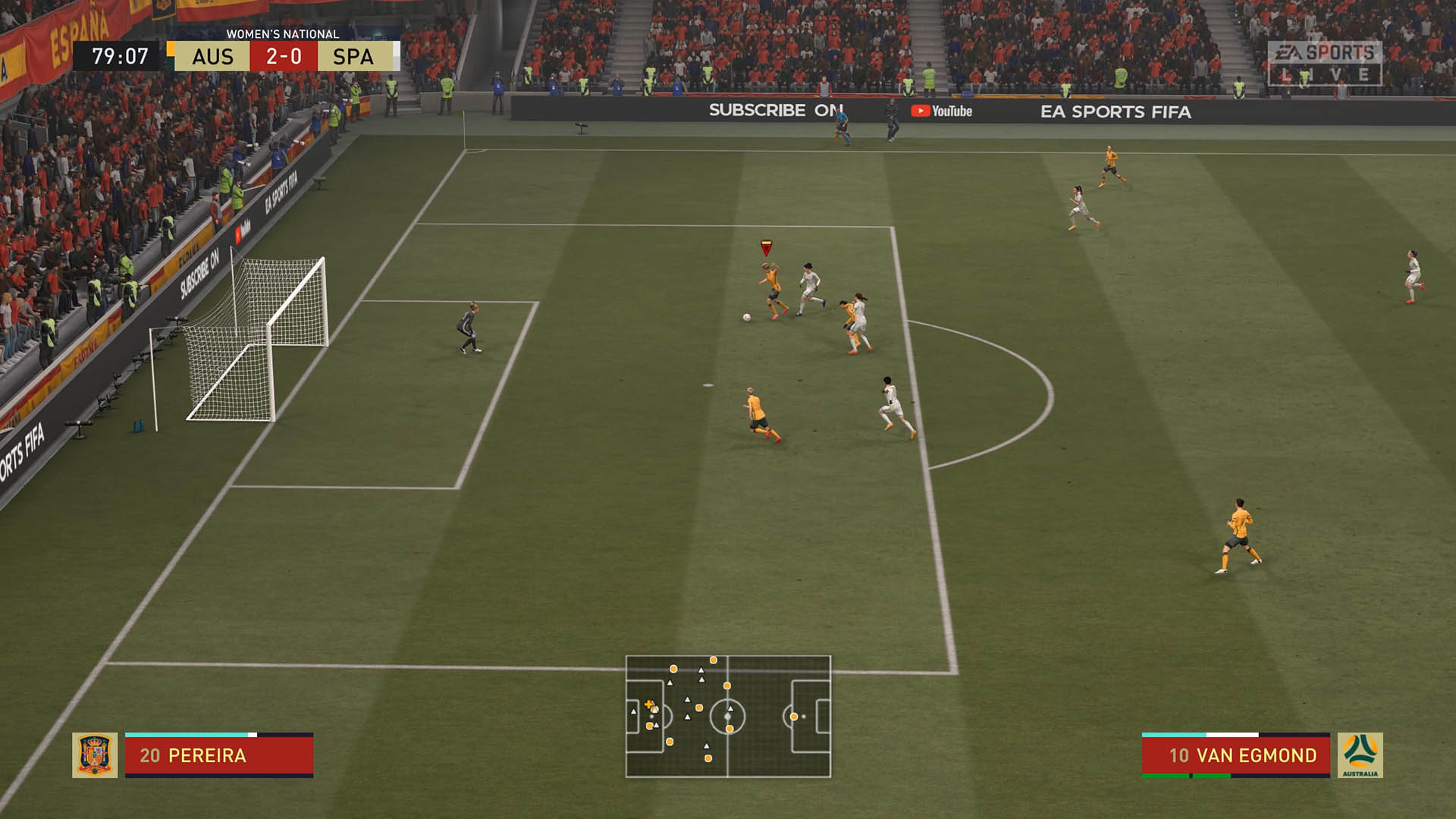 Whilst the commentary does repeat a little too much for my liking, it sounds good. The crowd roars, though, are perfectly timed to increase the excitement and drama as the ball enters the goal area. The game’s soundtrack isn’t bad, either.

FIFA 21’s secret weapon that absolutely blows all the competition out of the water and, in my opinion, makes it the best sports game ever, is the return of Volta. Providing fast-paced alternative ways to enjoy football, Volta add a bit of spice to proceedings. As a well as a pseudo campaign in the form of a team world tour, players can take to the Volta courts in 5-a-side and other various rules.

In Volta, the camera is closer and the action a lot more frantic that regular football. The smaller courts from around the world, including Sydney, allow for players to really show off their skills. Playing with or without walls adds a further dynamic to the action. 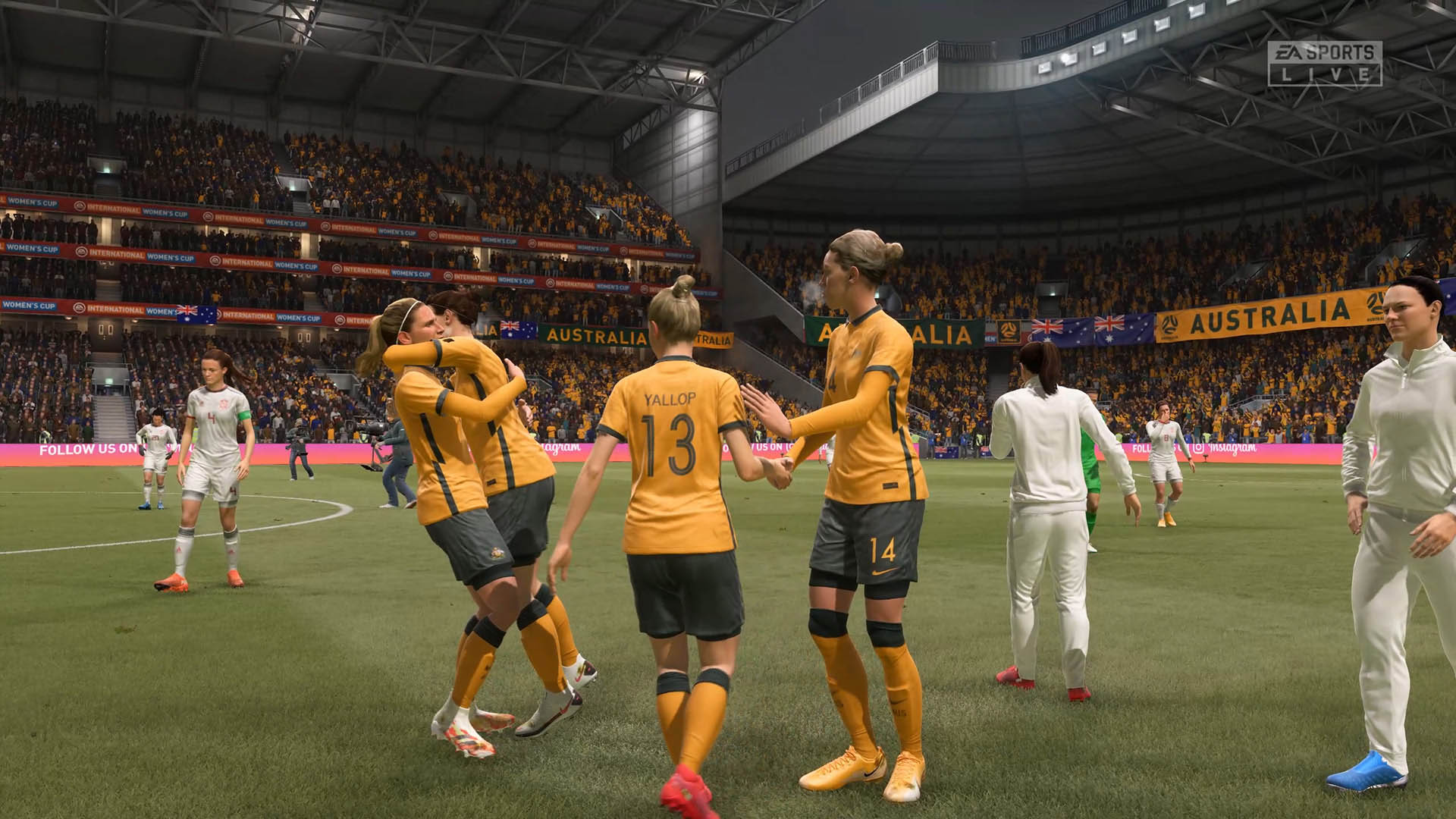 As the curtain falls on this current generation of consoles, FIFA 21 is another title that Xbox One owners will be able to enjoy, free-of-charge, on the Xbox Series X/S. This means fans don’t have to wait for their new consoles and can instead start playing on their Xbox One and continue with their next-gen Xbox when they get it. The same goes for the PS5.

Be mindful, though. If you buy a physical version of FIFA 21, but are planning buy a digital-only next-gen console, you not be able to get a free upgrade of the game, as it will still need the current-gen FIFA 21 disc to play. Also, whilst progress in Volta and FIFA Ultimate Team will transfer to the new consoles, Career and other modes will not.

At first glance, FIFA 21 seem really not much more than a stats refresh of FIFA 20.To a point, that is the case. I think that the bulk of the developer’s efforts have been on getting the next-gen game ready. Regardless, FIFA 21 continues the franchises incredible run of intense and exciting football titles, proving that the EA developers are at the top of their game. 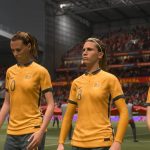 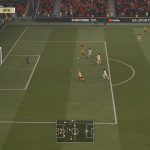 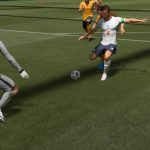 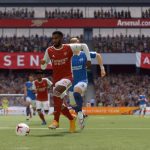 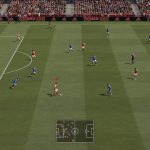 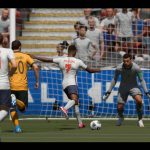 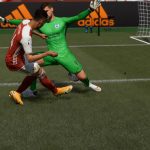 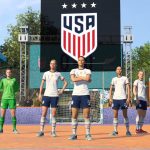 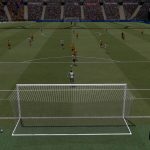 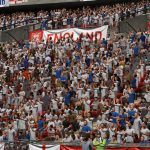 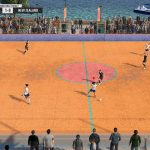 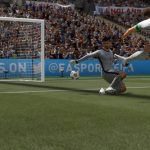 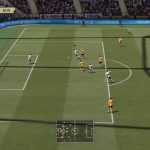 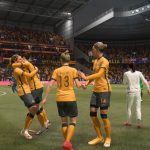