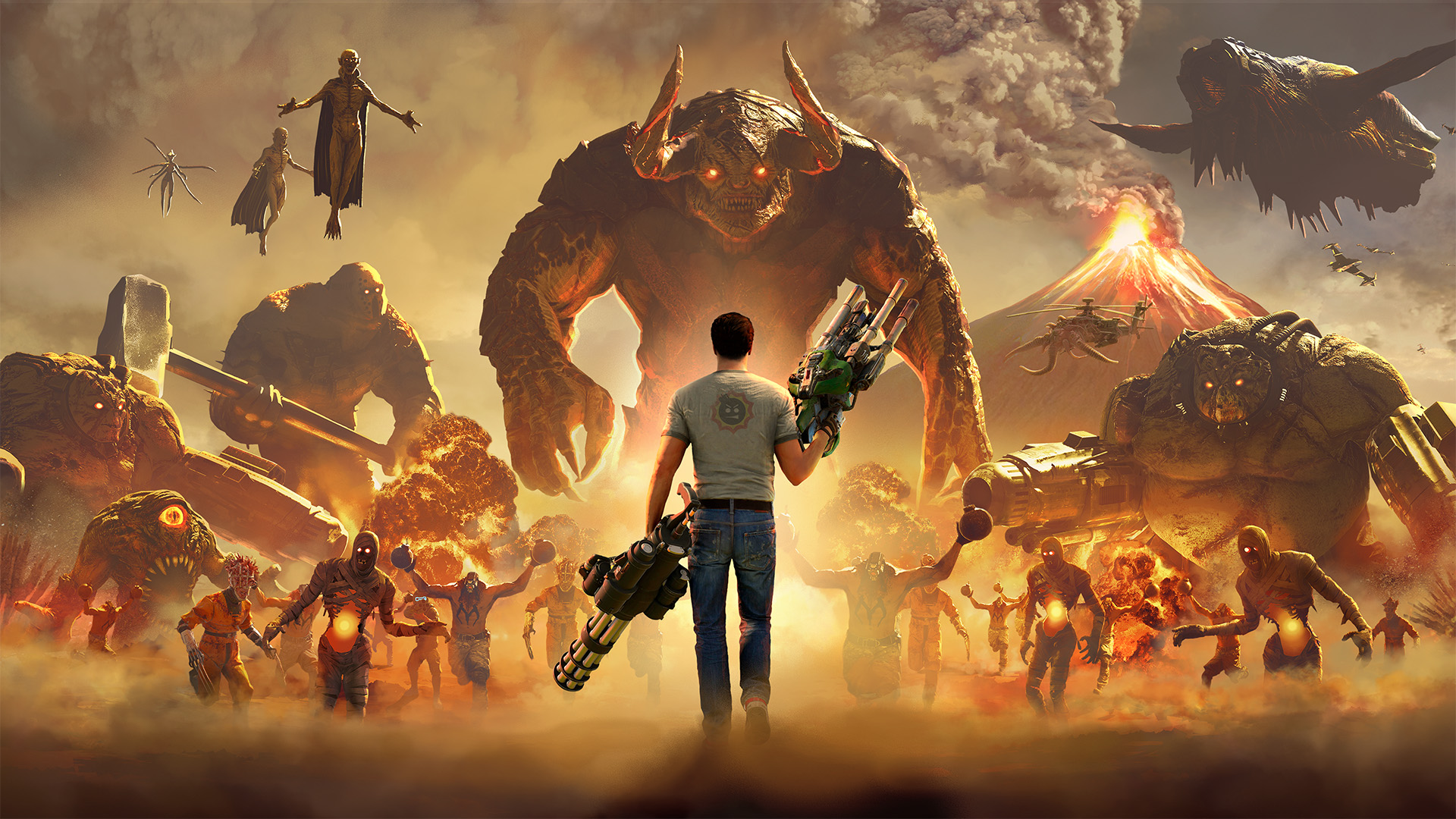 I don’t think I’ll be the first to say that Serious Sam 4 feels like it has been discovered, as if in a time capsule, from a decade ago, except with better graphics. It is not just the tone of the game, the somewhat janky menus – at least on PC – the weirdly floaty, erratic feeling of the camera and controls, but the combination of all the above that gives it a very familiar flair.

But I’m not sure this isn’t unintentional. Unlike some of my favourite recent releases, like Ion Fury, this isn’t an homage to past Serious Sam games as it is a direct sequel, for good and for worse. Much as Kingdom Hearts 3 felt as if it were ripped straight out of the early 2000s, Serious Sam 4 will make you nostalgic for the games of their respective era while giving you new insights into some of the issues that you might have glossed over at the time. 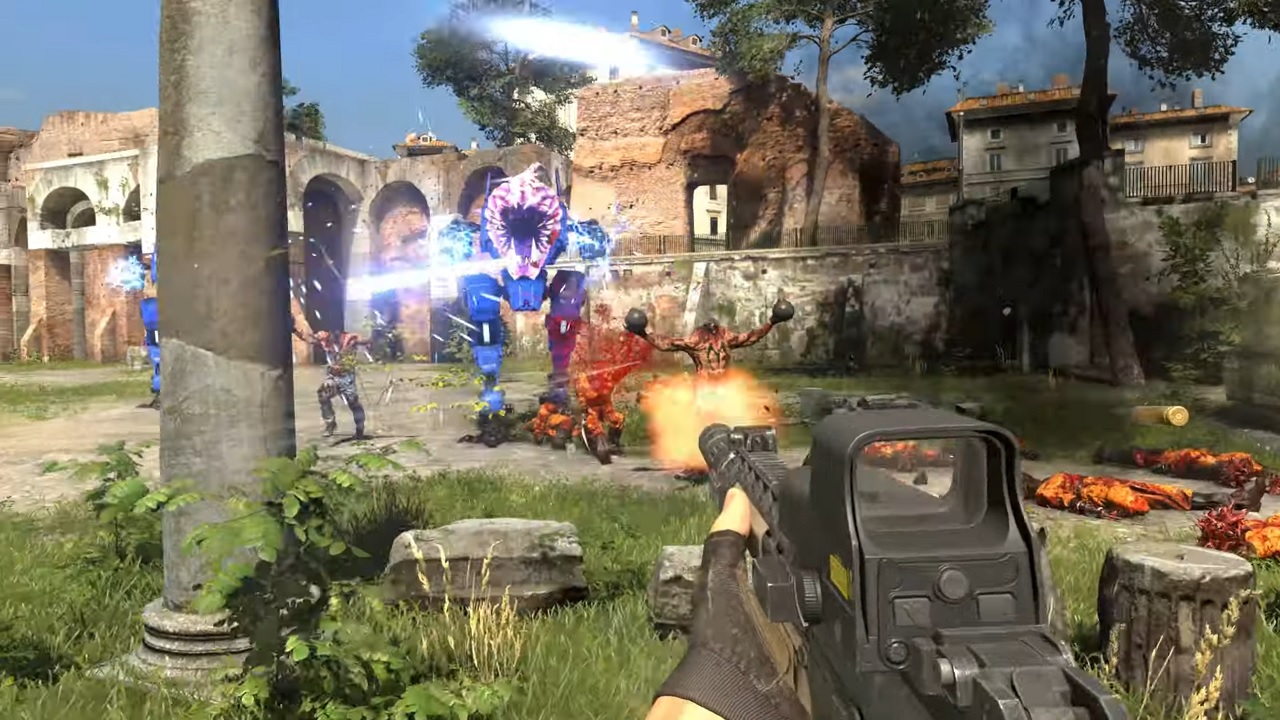 The game starts with a new alien invasion, centering on Europe this time, and Sam is there to look for the Holy Grail with a gun-toting Russian priest. Not much else has changed though – the focus is still on finding open arenas absolutely chock-a-block filled with various types of aliens and cycling through your weapons, back-strafing and circling around to keep them away. It is easy to feel overwhelmed, and it can take a couple of tries to get through, as knowing where health and ammo pickups are on the map helps you to plan out how to survive.

At your disposal is a decent array of weapons, and thankfully the shotgun is everything that you need it to be. Weapons have an absurdly long range, relative to other first person shooters, and so it is an extremely versatile weapon. Each still managed to feel distinctive, however and was still useful against particular enemies. 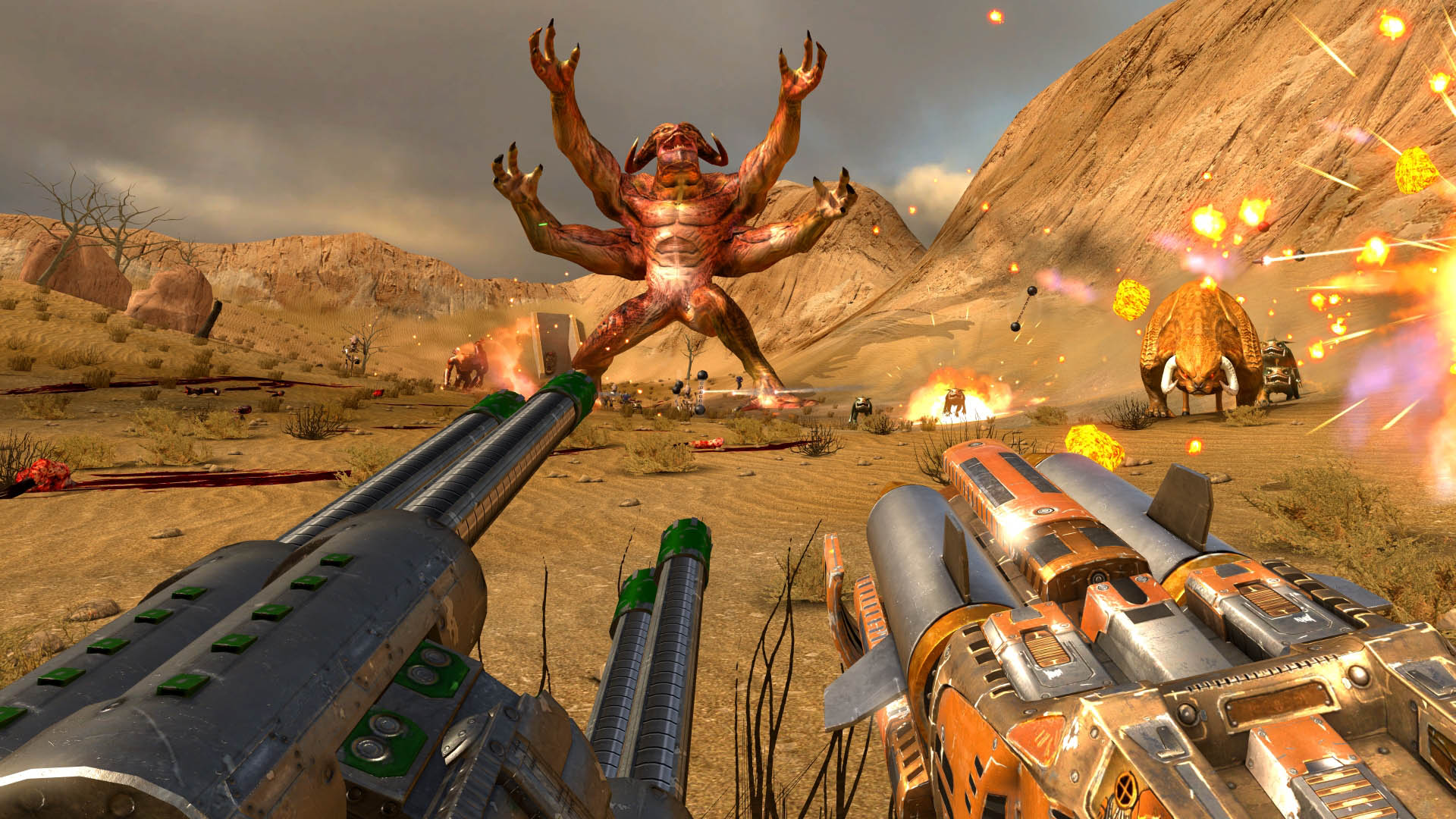 Much like in DOOM, you’ll need to carefully plan out which enemies to take out in which order. Take out the kamikaze bomb-holding rushers too early, and you miss out on the chance for their death explosion to wipe out a decent pool of lesser minions, saving you ammo. Wait too long, and they will take a serious chunk of your health with them. Similarly, if you can pop one of the big green guys at just the right time with just the right positioning, you can save yourself some trouble down the road. Let them get up on you however, and their area of effect attack can take a serious chunk out of your health. These calculations keep you constantly on your toes, looking around at the hundreds of enemies rushing you at once and frantically deciding on your course of action.

Side missions within larger set pieces give you access to upgrade skill points and other enhancements to your weapons, like the almost-mandatory grenade launcher attachment to your shotgun. In terms of structure they are generally more of the same but usually have a small side story that fleshes out the world or provides some extra humour in the bizarro world Sam has found himself in. 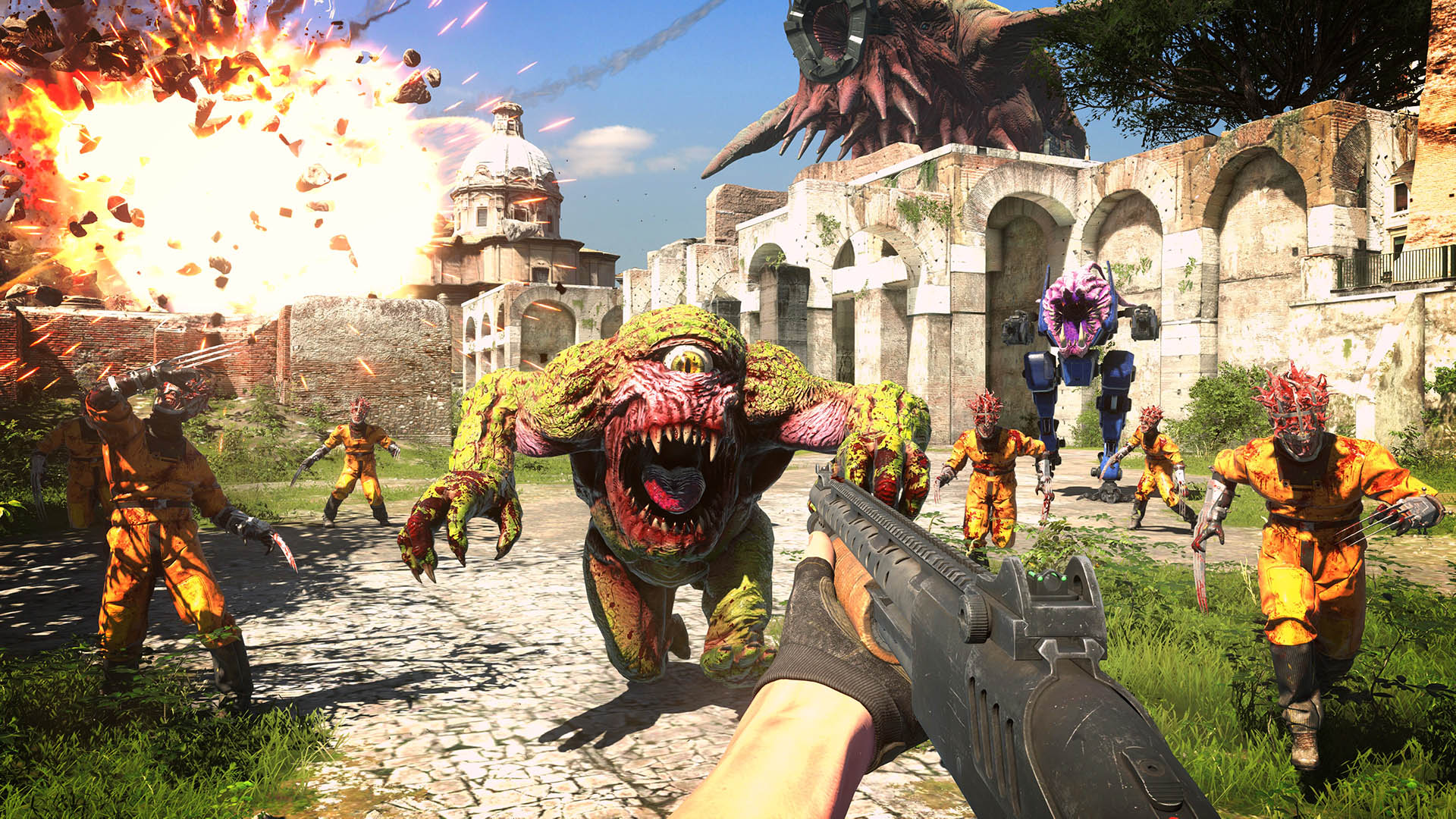 I was less in love with the constant, over the top, usually grating banter between Sam and his mostly offscreen buddies. This is one area where the game shows it’s age – the idea of a witty one liner looks more like something Duke Nukem would say than an actually funny joke in 2020.

You can play the game in up to four player co-op, and this helps to conquer and divide the endless waves of aliens. Still, there is little sense of actual teamwork between players, so it is more about hanging out in the same space than playing strategically with one another.

If you’ve played Serious Sam before, then you will know what to expect with this newest entry. The developers have taken the “if it ain’t broke don’t fix it” tactic, and, for the most part, it has continued to work for them. Yes it’s schlocky and B-grade but it is still an entertaining ride. Don’t go in expecting gameplay revolution or a deep story; Serious Sam has found his stride and nothing, seemingly, will break him out from it. 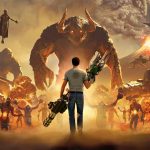 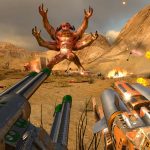 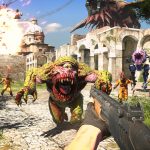 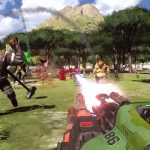 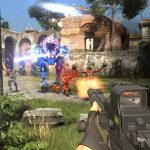