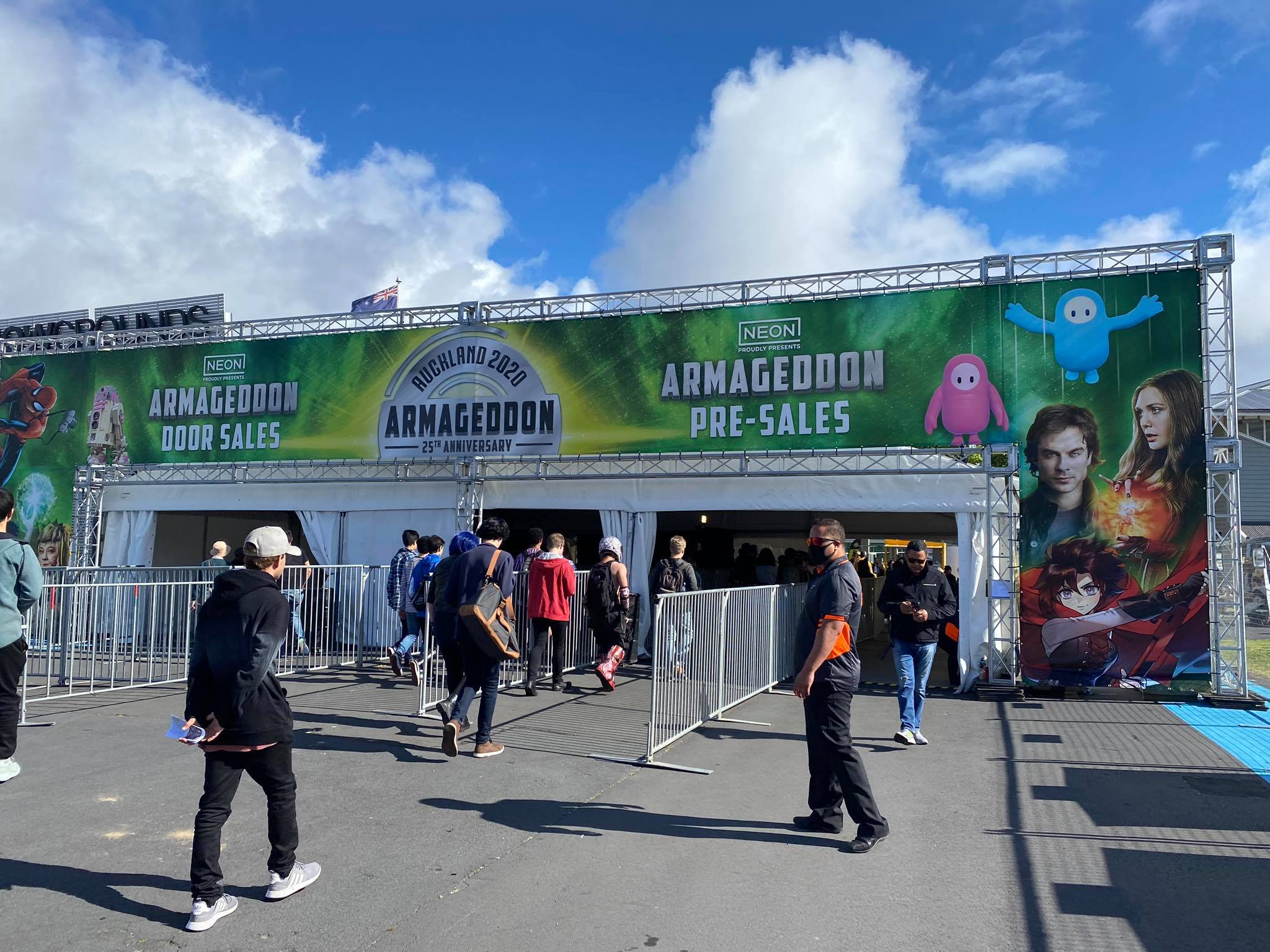 The stage was set for Palmygeddon last weekend, Palmerston North’s yearly Armageddon Expo for all your entertainment, pop culture, and anime buzz.

Attending public events still seems like a taboo thing, despite the world going back to normal after a crazy couple of years. The struggle to find a car park, seeing the massive queues to get inside Fly Palmy Arena, and squishing your way through the crowds of people inside, showed how eager the entire region was to experience a sense of freedom in a community of welcoming nerds.

All ages, both young and old, filled the arena, and you couldn’t help but feel a sense of happiness among chaos. Big events such as Palmygeddon are always going to create a huge buzz for the region and it’s nice to think that if you ever had any trouble or were in need of support, you wouldn’t be too far from a friendly face, willing to welcome you into their group of friends.

‘Artist Alley’, as it’s become known across all of Armageddon Expo’s events, features stalls by budding artists and talented people oozing with creativity. Spending time in this area of the event was a must. Taking the time to cast your eye over the intricate details and have a chat with an artist is definitely worth your time, especially if you enjoy a slower pace and not being on a set timer. 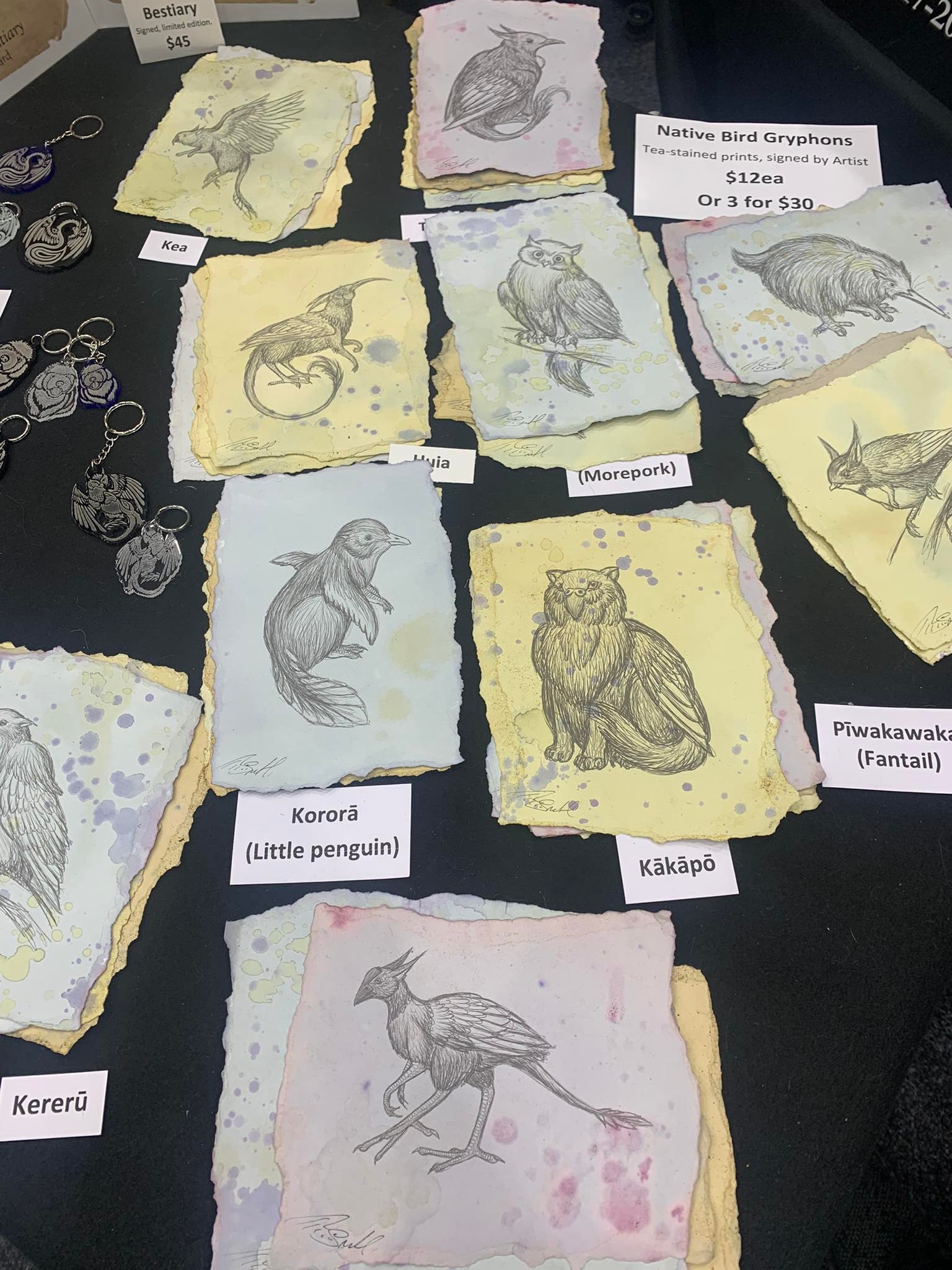 A prominent area in Palmygeddon now sits the e-sports section where men and women of all ages took part in competitions to win prizes, or in some cases, experiencing an exhilarating game with their peers they might otherwise have never tried. The small area dedicated to esports was bursting at the seams though and could easily justify expanding its area for next year.

Technology and gaming is an area of Armageddon Expos that has dwindled a lot since Covid, and is something that I’m incredibly eager to find its way back to the surface. Although, asking for big brand video game companies to make their way to Palmygeddon may be a lot to ask for, I do hope the first step in making this happen, is to bring them back to Armageddon Expo’s Auckland event, Auckgeddon, this coming October. 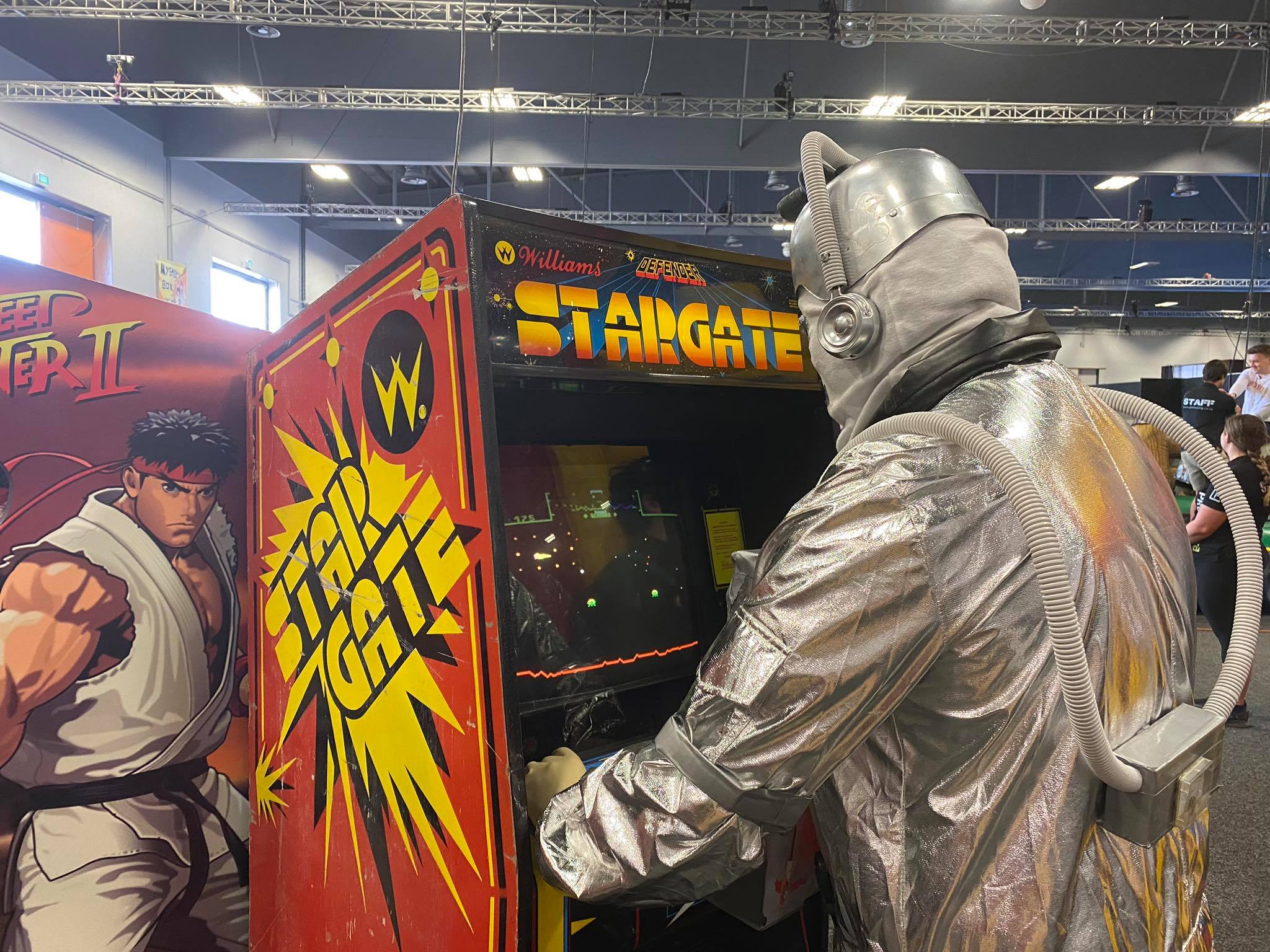 Unmistakably, anime continued to be the biggest focus at this year’s Palmygeddon and although one can still enjoy the event if you’re not a fan of anime, it did take over the stalls. One could easily find themselves searching for a favourite television, movie or video game fandom with no luck and a lack of representation.

The same could be said for in-person guests. Years ago, in-person guests were what attracted me to Armageddon Expo in the first place. My eyes would shine bright when I realized that I could meet television, movie and video game stars from around the world in little old New Zealand. There is a glimmer of hope though, having had up and coming Stranger Things actress Grace Van Dien attend the recent Bay of Plenty Armageddon Expo in person.

Merely scratching the surface, Palmygeddon is the prime example of an event eager to grow and develop as the years go on. With so much potential, the seed of Palmygeddon sprouted in a Covid stricken world. It’s time for it to bloom.