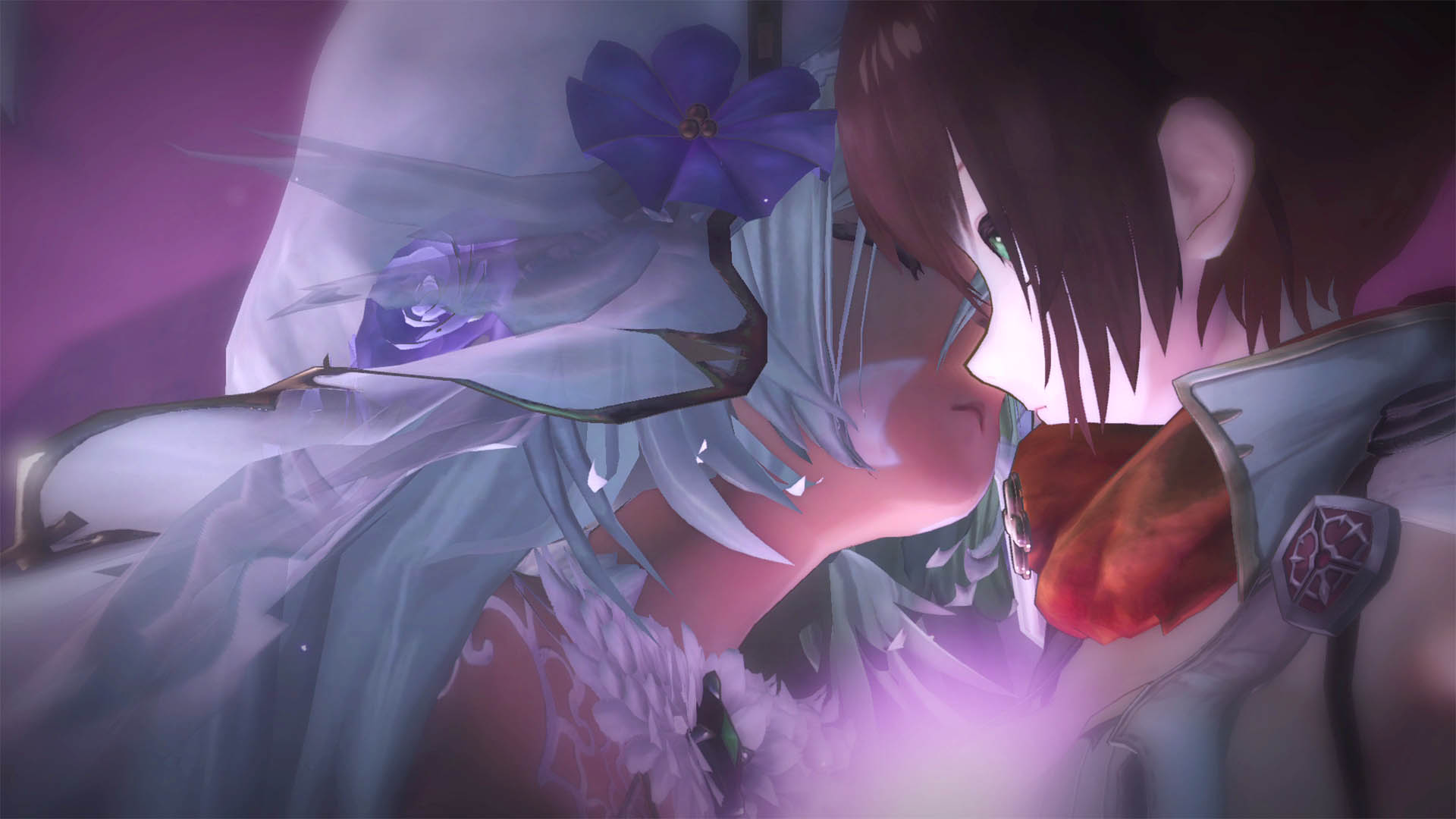 Recently Koei Tecmo has detailed its action-packed demon slaying combat system, including a new Servan type which will aid players during battle, in Gust Studio’s latest title, Nights of Azure 2: Bride of the New Moon.

As Aluche and her battle party set off on their journey to defeat the Moon Queen, they will encounter a variety of devious and dastardly demons; some of which mean to bring them harm and others which wish to join them on their quest. The mighty Striker type Servans are invaluable assets to any battle party, transforming from their demonic forms to powerful weapons which Aluche can wield in battle. Controlling the Striker type opens up a plethora of abilities to aid in combat situations, improving Aluche’s skills in either long range or close combat depending on which particular Servan she relies upon. 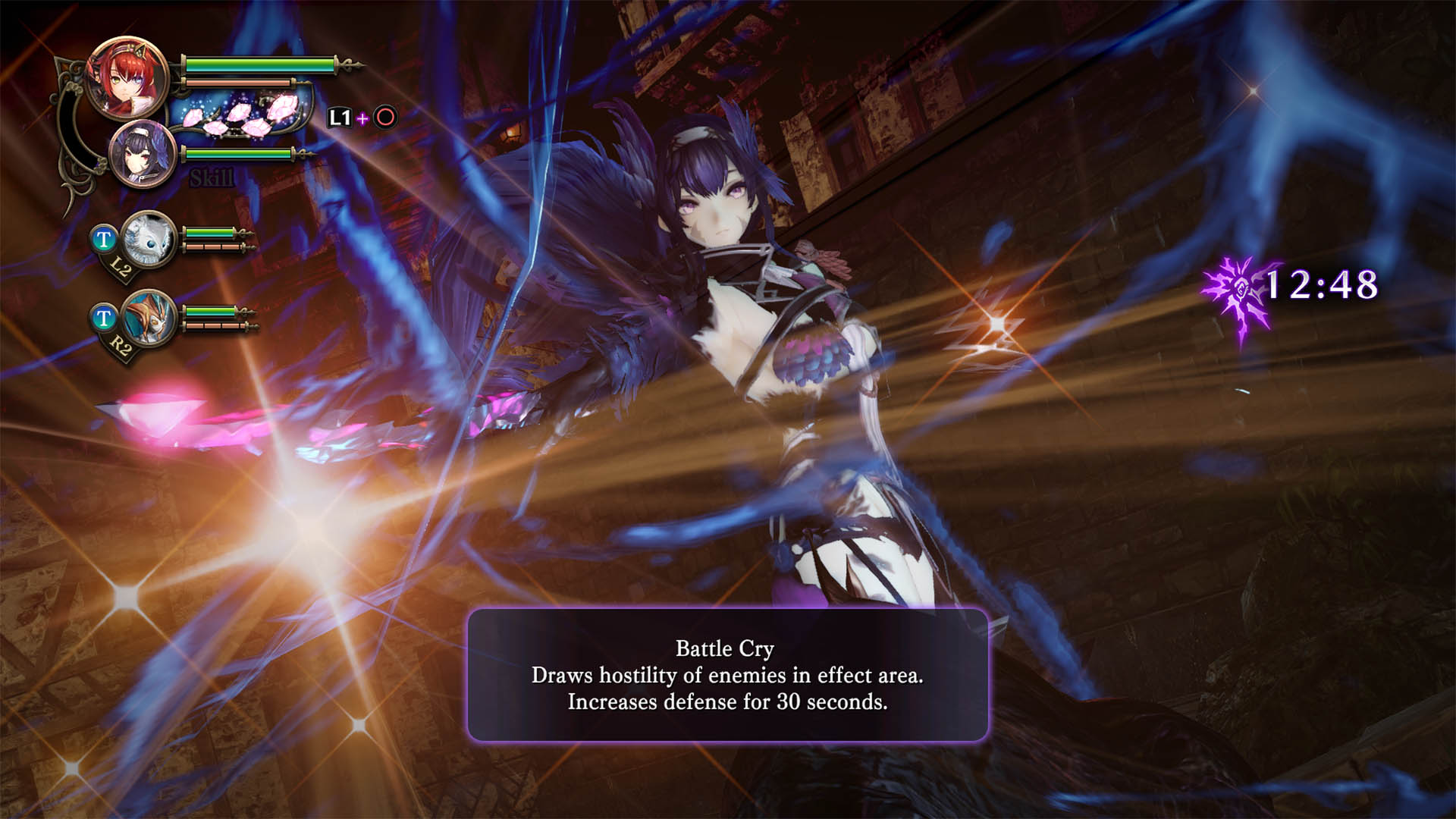 Making the most of the eccentric cast of human and demonic companions is incredibly important in securing victory, and players will be able to choose their dream battle party to give them a selection of unique abilities. The beautiful Lilies are able to perform an impressive combination attack with Aluche, Double Chase. When requirements in battle are met this attack can quickly change the tide of the fight, causing overwhelming damage to anyone in its path. Active Skills, used by Aluche, andSpecial Skills, activated by the Lilies, can also offer a boost to Aluche’s team in the form of increased health, attack or defence.

Amidst the waves of demons which plague the land are large fiends — devastating boss creatures which will require Aluche and company to utilise not only their innermost strength, but the environments around them as well. Breaking barrels of flammable liquid, for example, can be used to coat the enemy in flame accelerant so that an elemental fire attack will do considerably more damage! Aluche will encounter a unique selection of bosses from Vallderossa, a giant spider which uses its webs to fight, to the Blue-Blooded Fish Joe, which hides underground waiting for an opportunity to strike. 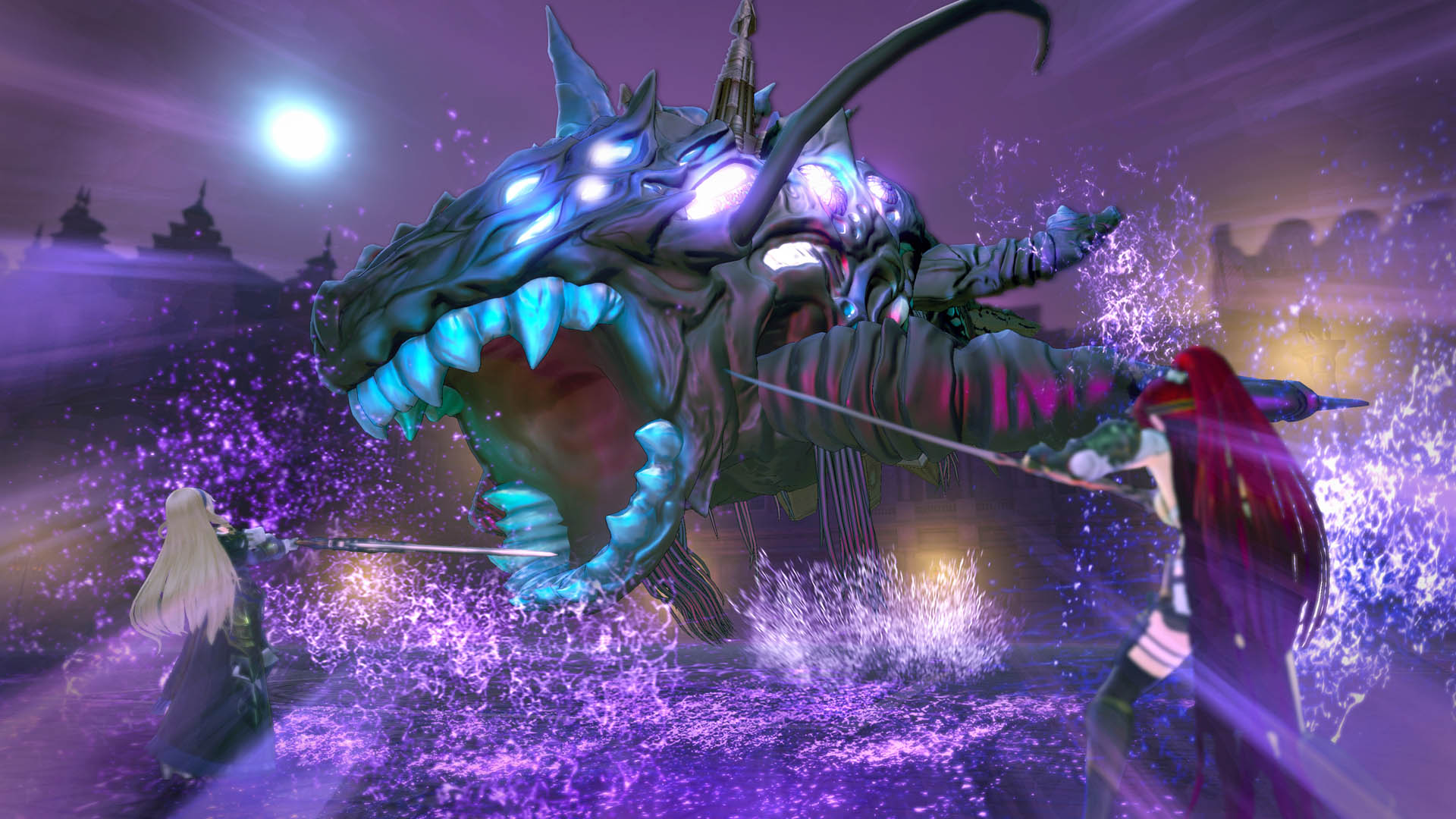 A selection of post-launch bonuses were also announced today for those who purchase Nights of Azure 2: Bride of the New Moon within 3 months from launch. On the Nintendo Switch players will receive a free download for the Fatal Frame Yuri Kozukata Outfit, whilst those on the PlayStation 4 will obtain the Deception Timenoid Restrains Costume.

To celebrate the announcement, Koei Tecmo has released a captivating new trailer which further details the gripping story of Nights of Azure 2: Bride of the New Moon, alongside a first look at the blood thirsty bosses which stand in the way of Aluche’s goal. Screenshots of the dastardly Striker Servans are also included featuring; Pitz, the piercing bee-type Servan, Aile, a bird surrounded by blue flames, Dampf, the mechanical Golem, Alice, a creature which summons the power of rabbit dolls, Dur, the swift and reliable Servan and Glanz, the crystallized Golem.