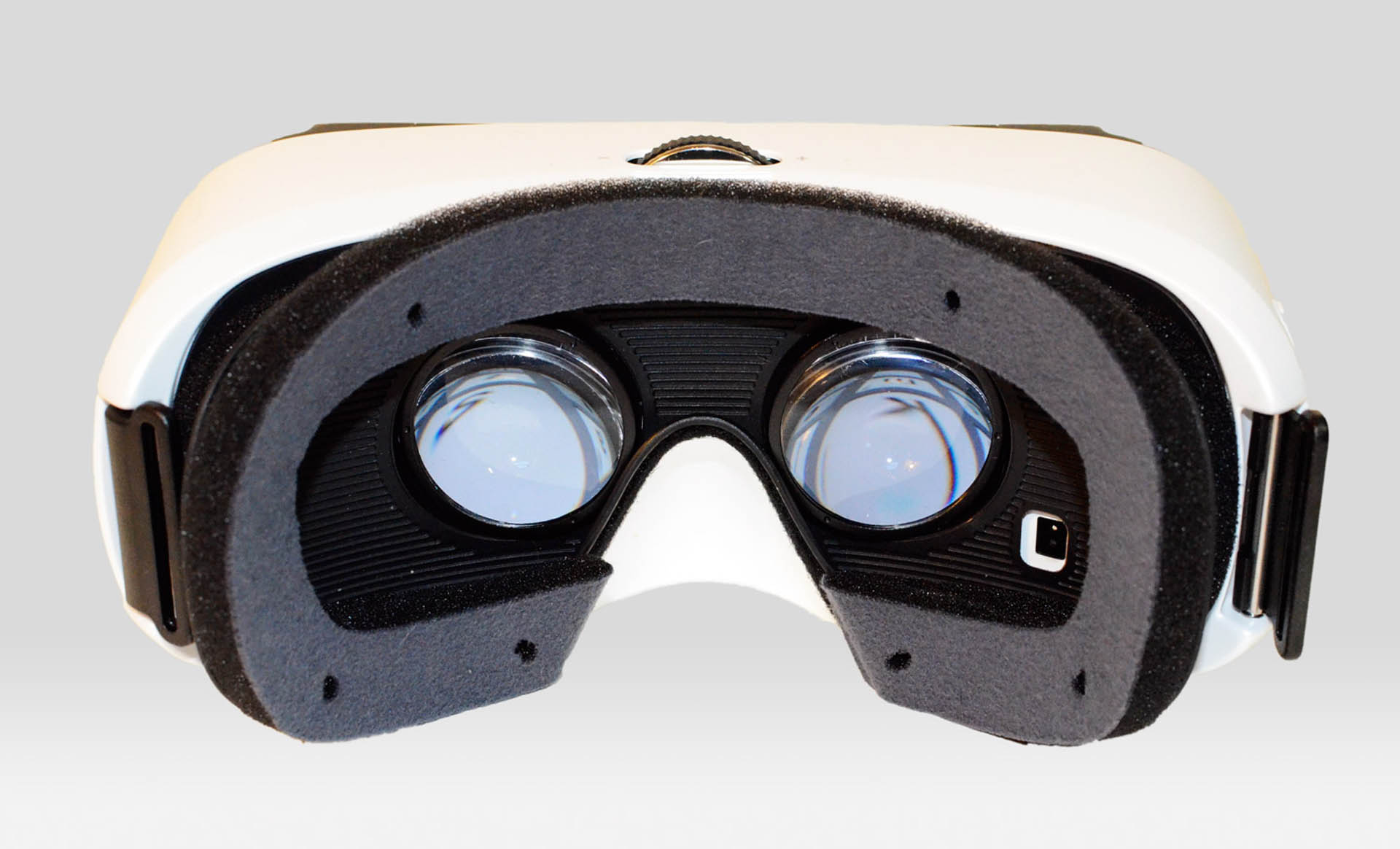 Virtual Reality – a short lived craze from the mid 90’s saw you strapping a visor to your face and entering a sphere of wonderment and alternate reality.

Even Hollywood tried to get into the VR action with such films as the now very cult ‘The Lawnmower Man’.

Now you can be the Lawn Mower Man as Samsung, the producers of much coveted and highly spec’d devices has bought VR back to the masses and made it cool again with the Gear VR.

To be fair, the video games industry has been tinkering with VR units for the past, forever, one in particular; the Oculus is an open platform device where developers are free to fine tune the software and make programs befitting a the virtual reality enthusiasts in us all.

The Gear VR is using the Oculus Rift and requires a Galaxy S6 or S6 Edge to function. The smartphone, infact does all of the work while the Rift is a mere viewing platform.

Having the S6 or S6 Edge clipped into the front of the visor, you also require the VR App and a WiFi connection (or a large Mobile Data plan) for streaming content.

And that’s really it – your good to go.

The Oculus VR Store is currently loaded with demo’s and videos that are specifically optimised to a full 360 degrees view aswell as games for you to truly immerse yourself into the VR experience.

The unit itself, well it is big but extremely lightweight and still somewhat portable and is a comfortable wear. We predict that in future Samsung will release a slimmer, less bulky model if past trends of their Galaxy devices are taken into consideration.

There is a touchpad to the right of the visor and a return button just above that.

Using the virtual reality however, you can get most things done by just keeping the small blue dot in one place for a few seconds.

Content that you download is stored in your Library (on the S6 or S6 Edge) and there is alot to choose from, both free and paid for.

Immediately on offer is such things as space scapes, nature and wildlife vids and even Cirque de Solei.

Games are also a hell of a lot of fun, the ones we tried out mostly used the blue dot, which is your pointer, to play through. We expect that in the future though there will be higher grade games where you can fully interact.

There are already a whole swag of third party Apps on the Google Play store, most are free for the Gear VR.

Audio can be can from the Oculus istelf or you can plug in your headphones, which for a more personal experience is the best way to go.

Officially, the Gear VR is not designed for you to be able to view your personal collection of movies or recordings that you may have on your Samsung Galaxy S6 or S6 Edge, however, there is of course work arounds for this – such as the video we have included with this review.

I have always been a bit skeptical about VR units myself and seen them as a novelty with a short life span. A device that while has immediate functionality, loses support from both developers and the industry.

But Samsung have done it. Proving that they are true innovators. They have beaten every other major player in bringing out a ready to retail VR unit that is at least a must try, let alone must own device. With Samsung now a major player in the VR industry we can expect that it is now not just a short lived novelty and is here to stay.

I doubt users of the Gear VR will strap it on when, say, on public transport, but for at home it is an extremely amazing kit, absolutely worth it’s price tag and offers you your very own iMax screen and then some.

To anyone who may see you using the Gear VR, well, yes you will look a bit odd, as you physically lob your head about, even your entire body. But any temporary loss of dignity is totally worth it.

In New Zealand the Gear VR is available at Noel Leemings stores, Samsung kiosks and online for $299.00 (NZD). This of course does not include the Galaxy S6 or S6 Edge.