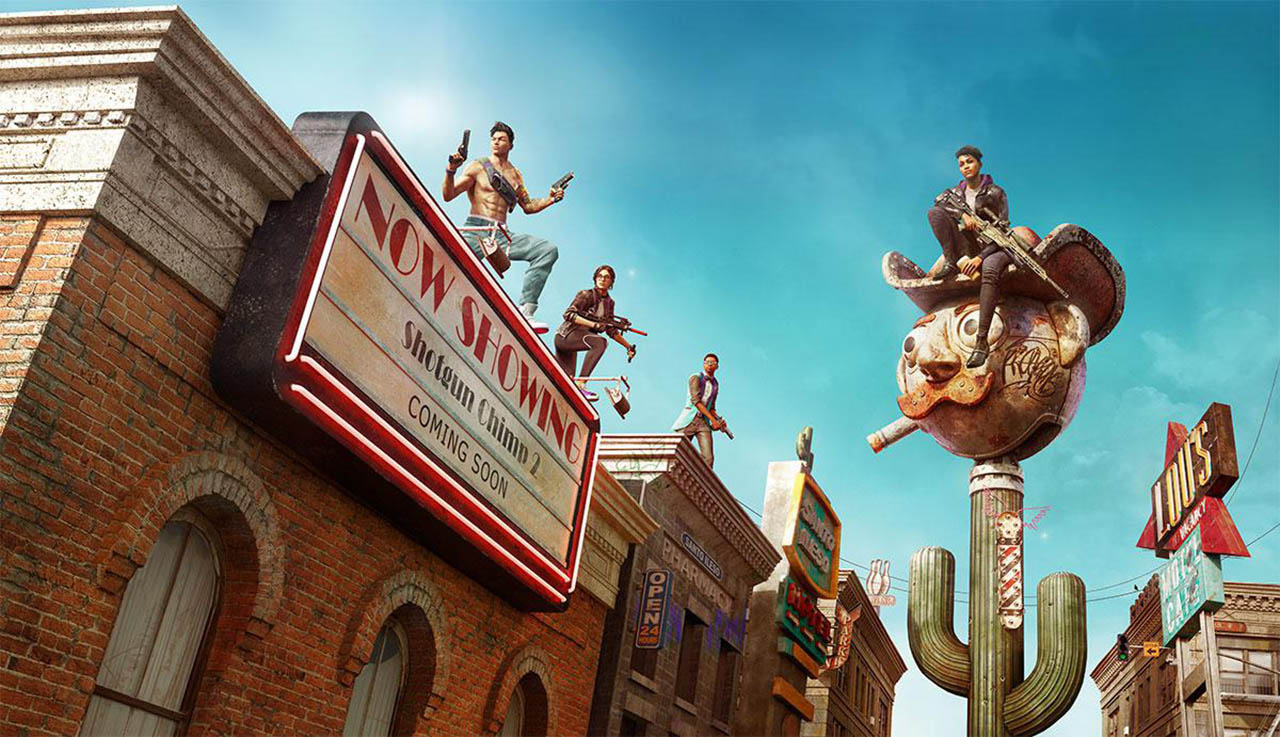 Saints Row has been a series of increasing silliness – to where, by the time of the most recent entry Gat Out of Hell, it reached perhaps beyond the zenith of what made for an enjoyable game.

The open world city simulation action game went perhaps too far in the direction of insanity, that it forgot to stop to ask whether the core game was any fun.

So, the inevitable: a spin off, or series reboot. Developer Volition went with the first, initially, the poorly-received Agents of Mayhem.

So then, to the reboot that we’re looking at today. Saints Row 2022 sets you up as the leader of a nascent gang called the Saints, set in the open-world desert city of Santo Ileso. When each of your friends are thrown out of their respective gangs, you form up to take over the city, one wacky mission at a time. The game’s story is quite serviceable, and in fact I found the main missions the most compelling content of the experience. 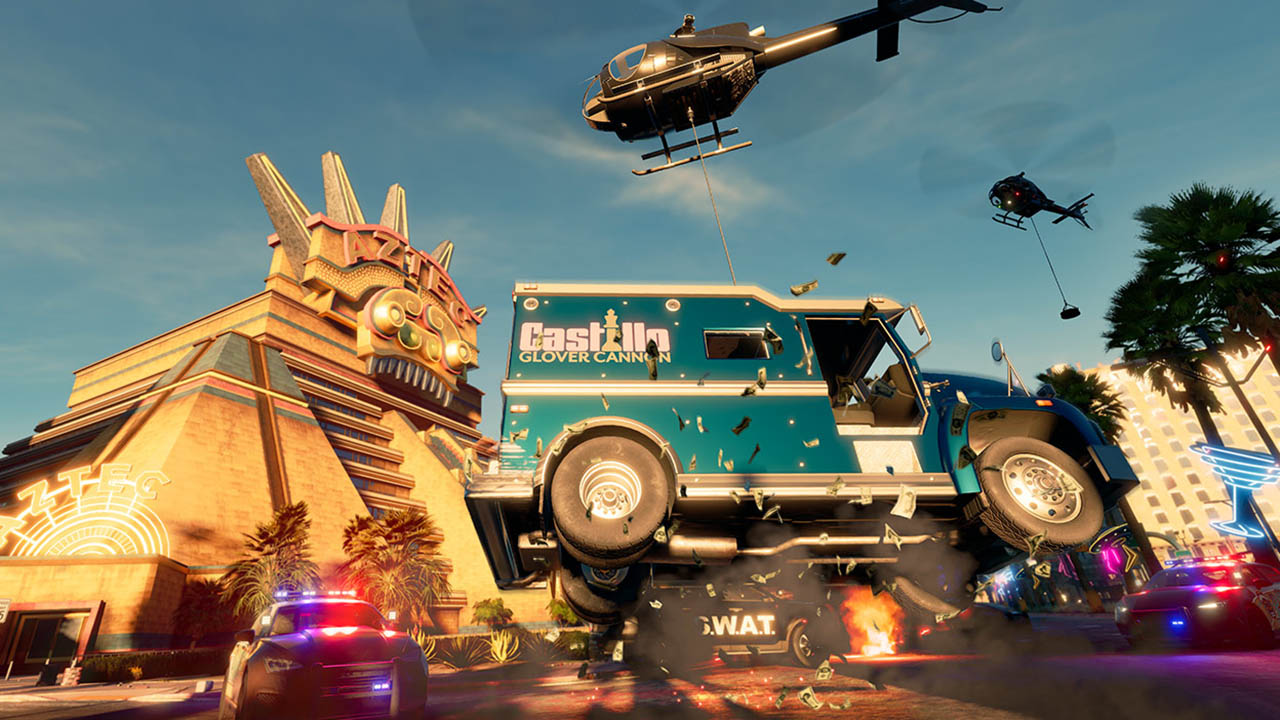 Close alongside them however, are the businesses. See, to take over Santo Ileso, you need to set up a variety of shady businesses to build reputation, bring in cash and establish territorial dominance over the city’s other gangs. Doing so sets up what I would call a bunch of side missions or challenges. Doing some of these is necessary to complete the game, and I’m glad it’s not all, because after a while you end up with so much money that you don’t have much left to spend it on.

Most missions of all types end up in shooting or driving matches – and most often both.

The third-person shooting feels fine, though the distinct lack of a cover mechanic does seem a bit like a miss. There are many places and ways to upgrade your weapons, but ultimately I stuck with a pretty consistent loadout throughout my time with the game, once I had bought enough to get to a place where I had options for nearly any situation. 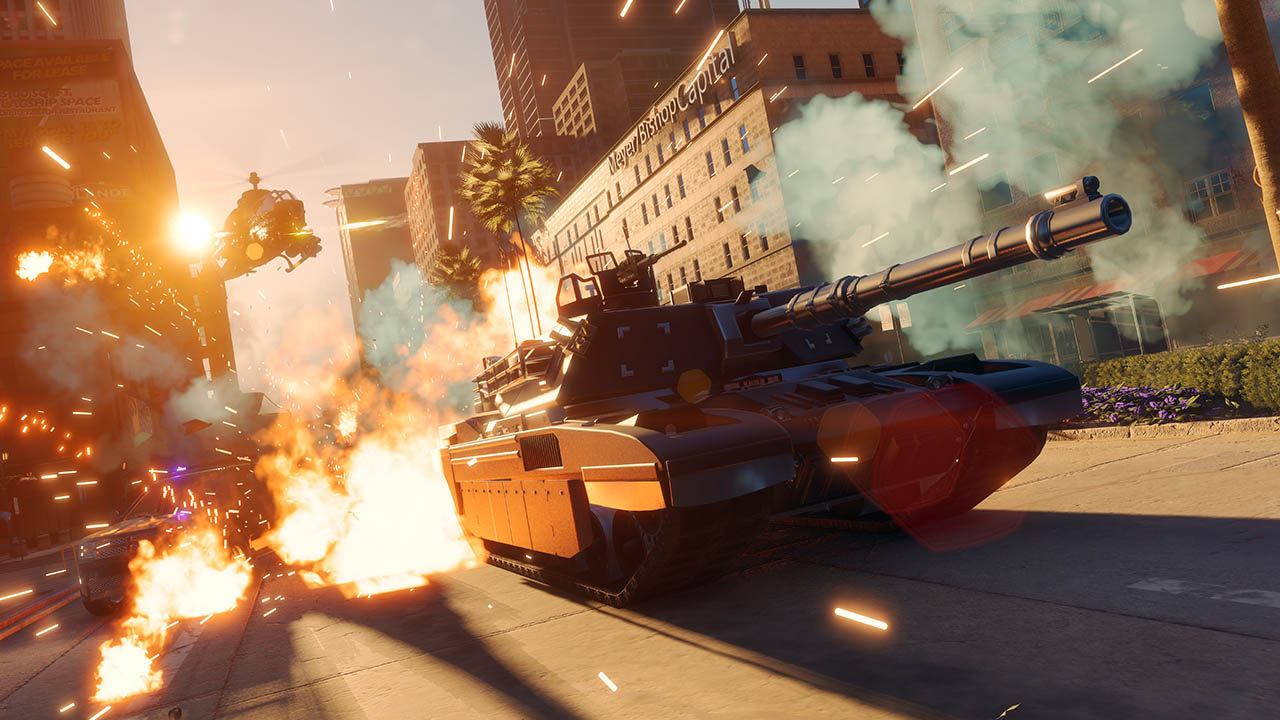 Complementing the shooting are a number of selectable skills you unlock – activated somewhat clumsily with the RB+face buttons – that mix up combat by throwing a grenade, flame punching an enemy or boosting your health, to name an example. The game also rewards getting up close and personal with an instant takedown mechanic, on a fairly generous time, that also fills up one of your health bars.

Ultimately, most encounters felt relatively easy, and it was only on some particularly bullet-spongey enemies that I felt the shooting mechanics pushing up against its limits.

Already released as a standalone teaser for the full game, Saints Row includes a detailed character creator, including options for different genders and yes, genitalia size (although the bottoms are censored, unlike for example, Conan Exiles).

You can save templates to swap freely between during gameplay, and there’s a bevy of shops to purchase new outfit items from. You will get a lot of money during your time with the game, and the bevy of options here are fantastic.

A nice inclusion for PC players is that of Ray-traced Ambient Occlusion for owners of newer GPUs. While perhaps not the most significant ray tracing effect that could have been included (RTGI, for example, would have worked extremely well in the harsh southwestern setting) – it does provide for a level of realism over and above the standard HBAO+ effect.

I had understood that the game would feature both NVIDIA’s DLSS and AMD’s FSR 2.0 temporal upscaling techniques – where you can claw back some FPS for relatively minor downgrades in visual quality. But these two options weren’t available in the Press review version of the game at launch – instead offering standard TAA or TSSA8x. 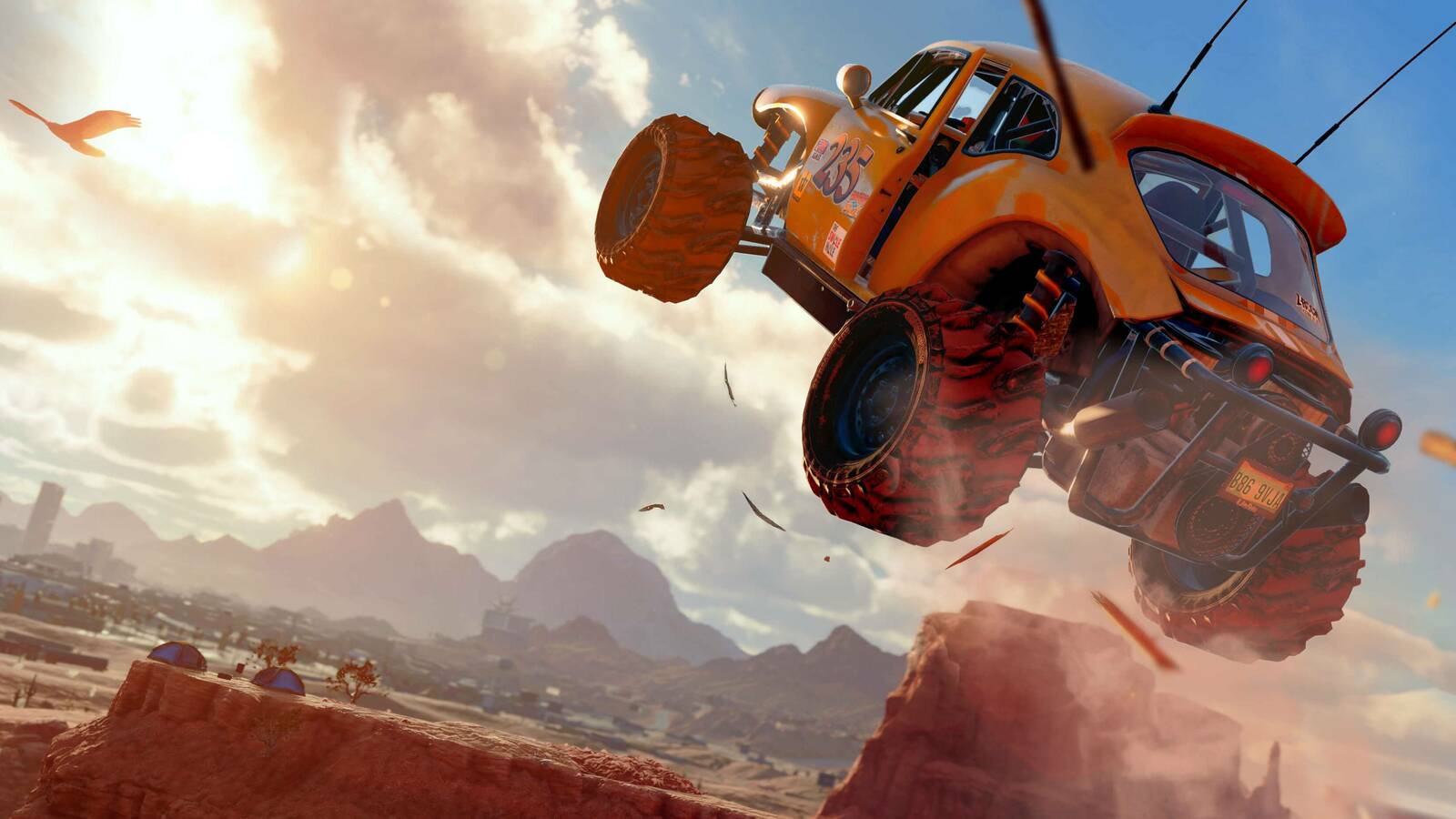 On my review PC featuring an i9-9900k and an RTX 3070, I was able to run the game well at 60FPS on a 3440x1440p display. That’s not to say the game was bug-free however. During my time with the game I spotted quite a few areas that could do with a bit of polish. The temporal anti-aliasing solution, for example, has, at times, extreme ghost trails, leading to fast camera movement in particular looking like it was inspired by Alucard in Castlevania: Symphony of the Night.

Shadows always appeared extremely low quality for me, even set to high, characters would occasionally miss weaponry and even the RTAO would occasionally look quite wonky. Hopefully these issues get ironed out post-release, otherwise know what you’re getting in for before you purchase the game.

One bit of praise I have for Saints Row’s PC version is the decision to pre-compile a bunch of shaders, and then continue pre-compiling them during the initial hours of the game.

This saves on some of the stuttering PC games can experience, and is a smart decision in the face of games like Ghostwire Tokyo which aren’t pleasant for large chunks of the game PC because of this issue. Also included is drop-in cooperative play, though unfortunately I didn’t have time to test this during the review period.

So is Saints Row a successful reboot? 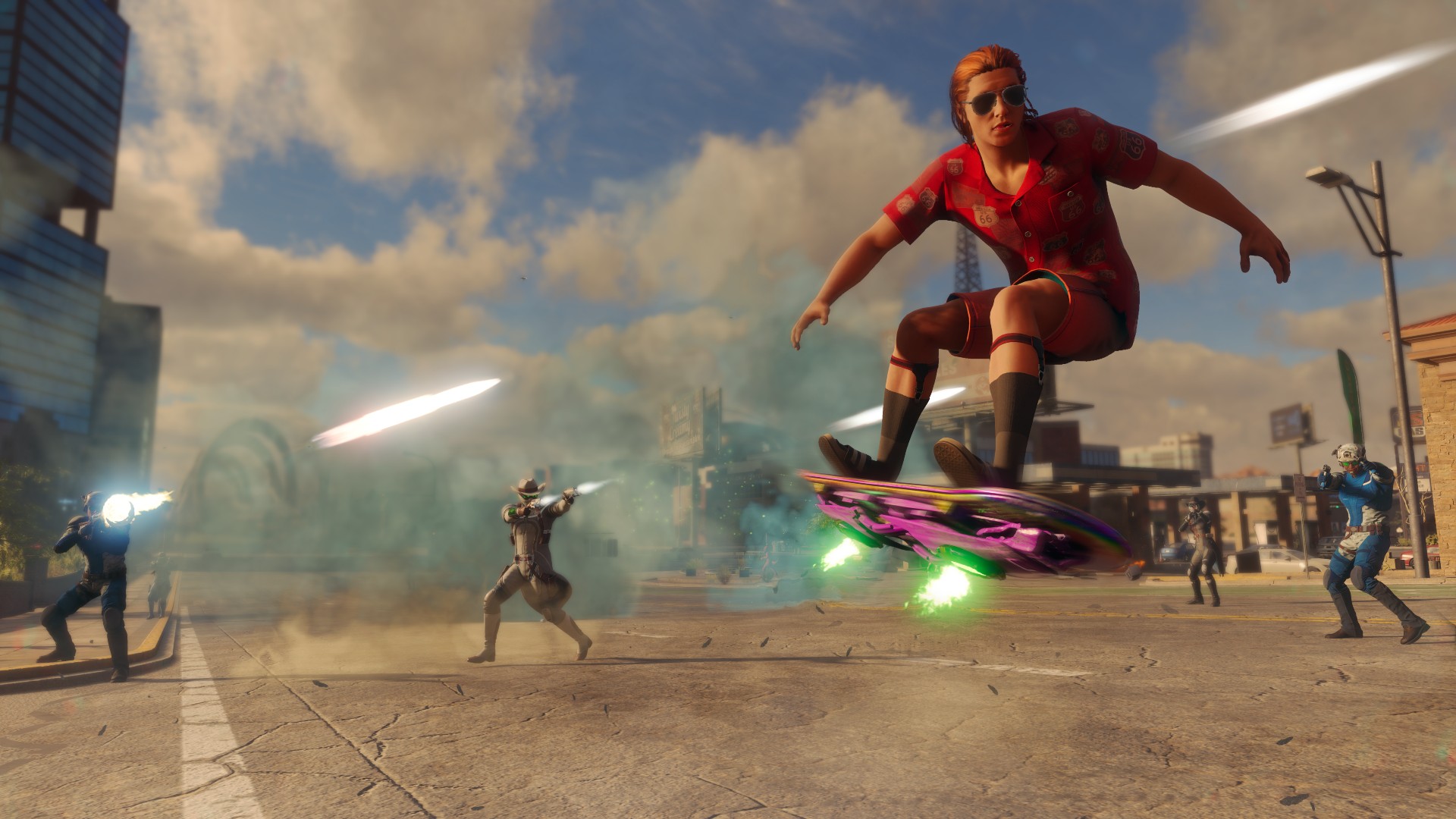 As a standalone 3rd-person open world action game, it is fine. It retains some of the outlandishness that sets the series apart from its competitors such as Grand Theft Auto, but in its welcome move away from the puerile humour and dream logic of Saints Row 3 and 4, it has not yet found itself a really solid differentiating factor.

My biggest issue however, is that while the artists and level designers have created an interestingly-designed city, I didn’t feel compelled to explore it beyond driving to specific mission points. As a setting it works, as a game sandbox, less so.

Developers Volition have taken the Saints Row formula, recontextualised it into a more appropriate setting for 2022, but failed to really deliver on a compelling product. Nevertheless, the main story is enjoyable, the main mechanics feel good, and if you want a less serious open world sandbox, one that is slightly positive in comparison to the dreariness of most others, it is a solid option.

The good news is that there is plenty to explore in a future Saints Row 2, and I hope Volition gets the chance to do so. 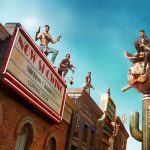