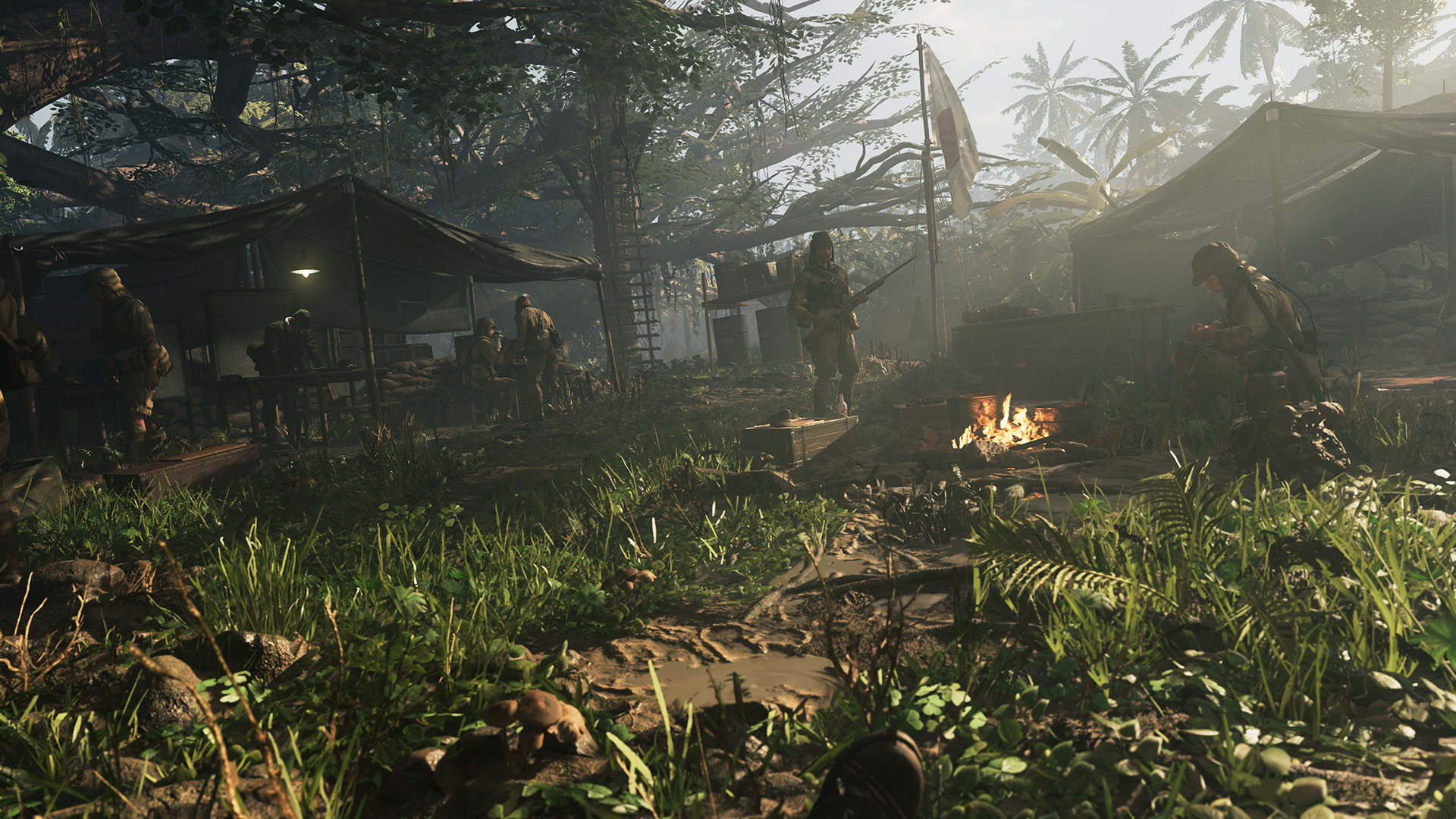 After a game set in the modern-day and another set during the cold war, this year’s entry, from Activation’s Sledgehammer Games, returns to World War II.

It is, after all, the scenario that the series originated with and the one likely to cause the least offense. After all, as everybody knows, the only good Nazi is a dead Nazi. 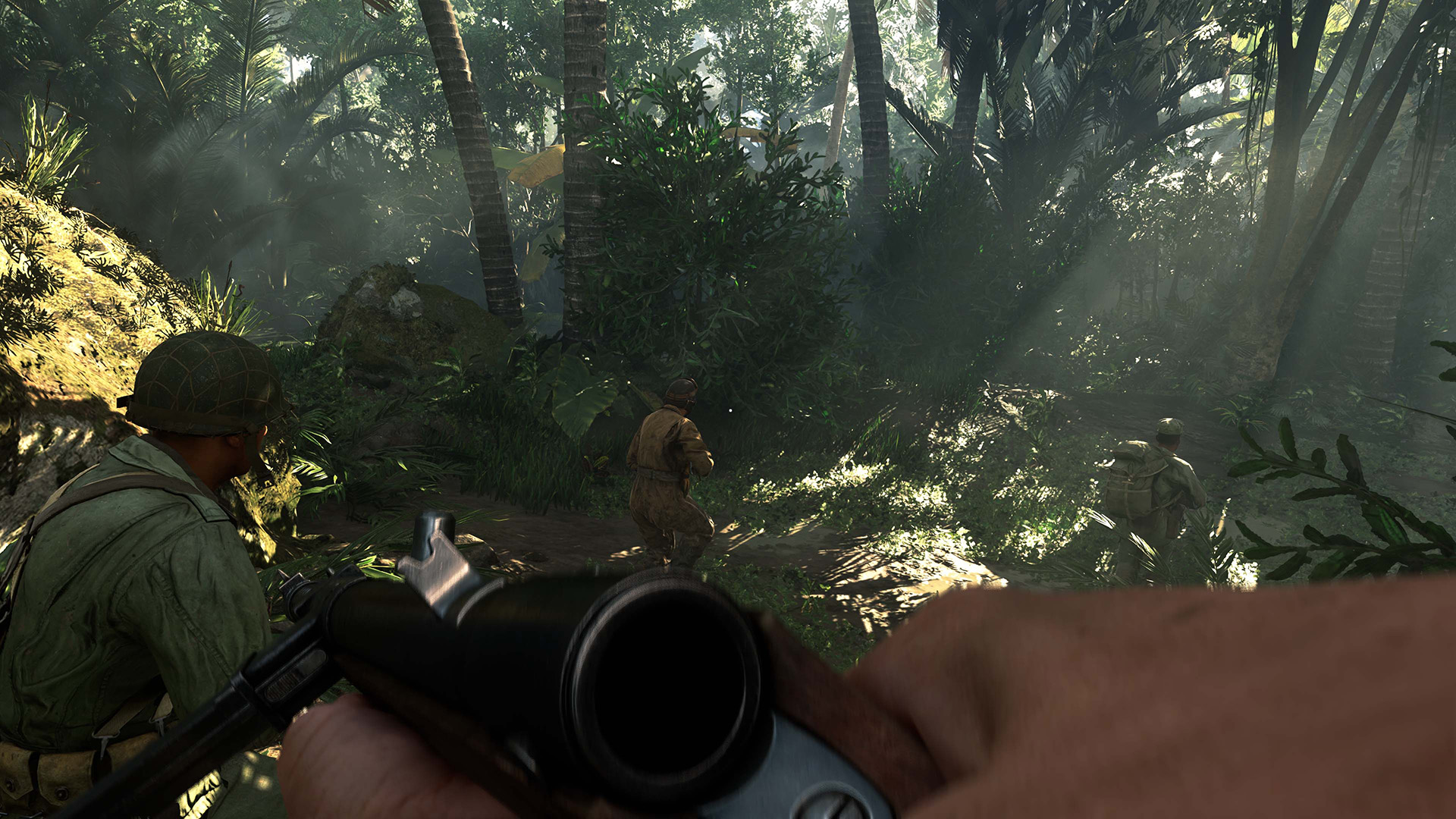 As is the way with Call of Duty games, Call of Duty: Vanguard features a single-player narrative campaign, multiplayer, and co-operative Zombies mode. The campaign is spread across the various WWII theatres of war.

The campaign follows the misadventures of an international special operations team, Task Force Vanguard, behind enemy lines in Hamburg in 1945, at the end of the war. They are tasked with retrieving documents relating to Project Phoenix. Captured by the Nazis, the team is transported to Berlin where they are interrogated. 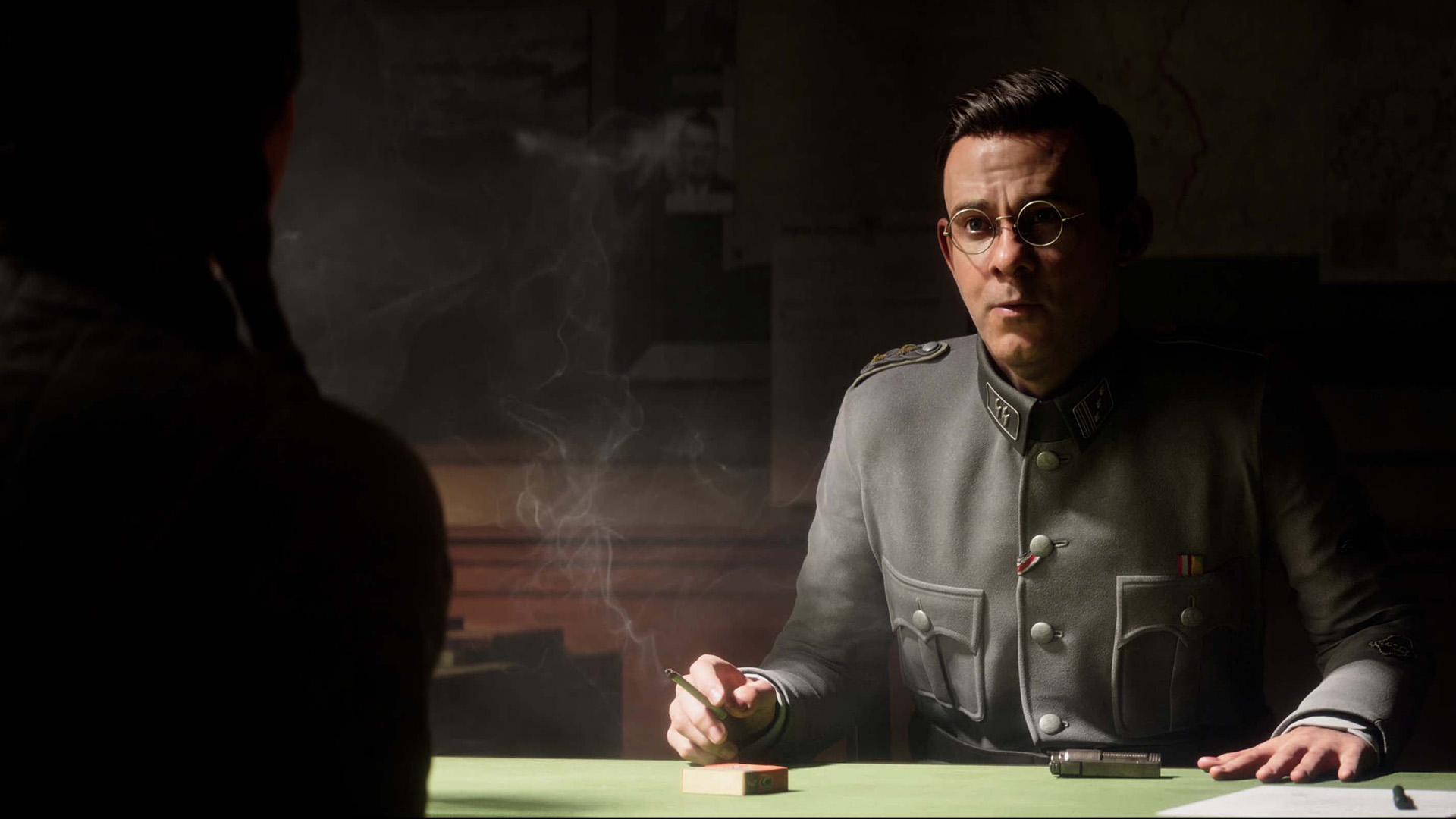 My first impression of all this was that of disappointment.

A WWII setting featuring a team of supermen (and a superwoman) chewing up Nazis would be pushing it for me. Last year’s Black Ops Cold War is about the limit of Call of Duty OTT storytelling.

Thankfully, the game doesn’t dwell too long on the special forces team aspect, which only really exists as a narrative binding and a way for the game to segue into the multiplayer element. 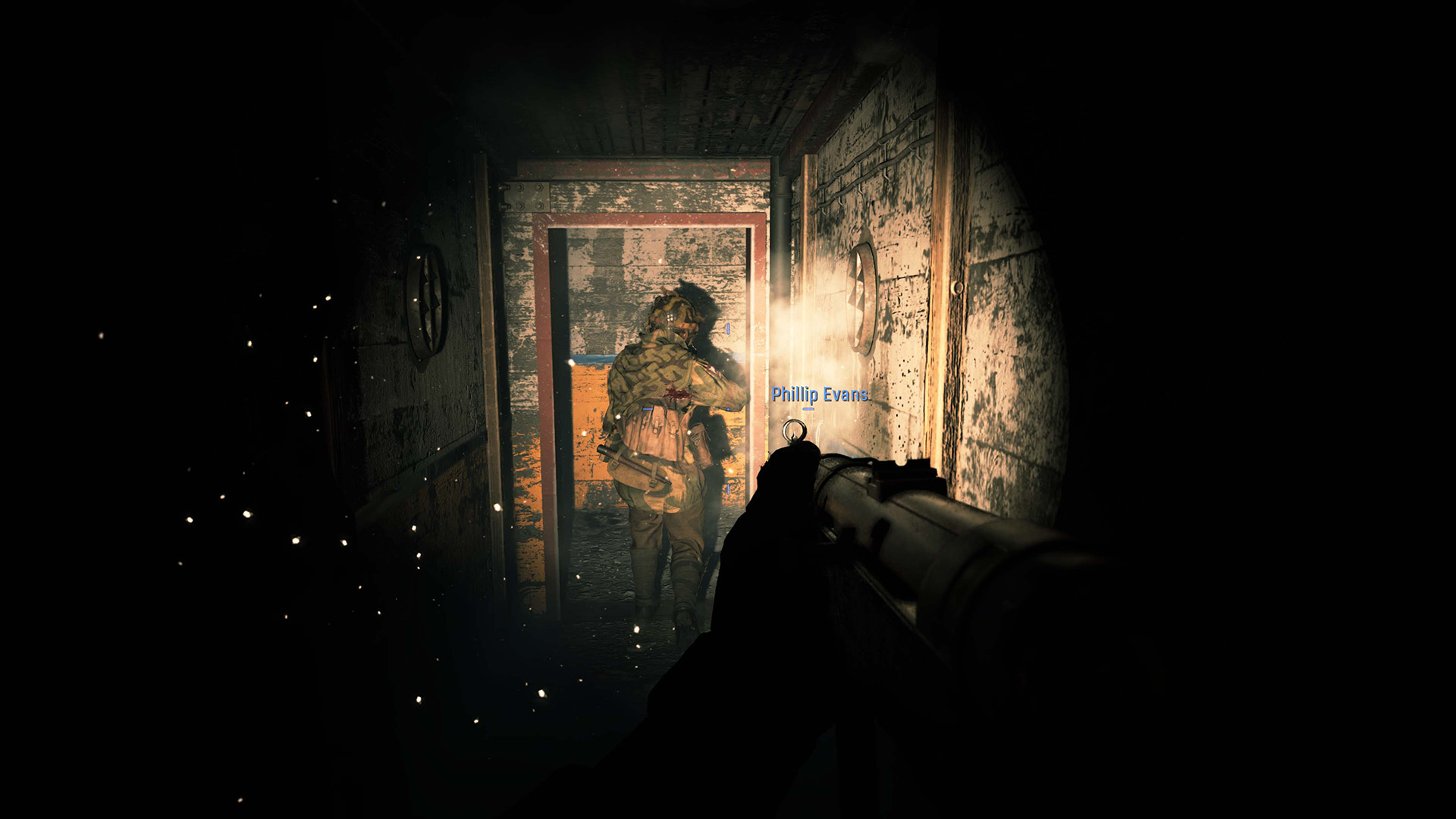 With the team being captured and interrogated by Nazi SS Officer Jannick Richter (The Lord of the Ring’s Dominic Monaghan absolutely chewing the scenery) the game splits off to tell the stories of each of the surviving members.

This is unusual for Call of Duty which in recent years has stuck to the one protagonist. The campaign feels more like a Battlefield game in this regard. The individual stories are separated by cut-scenes playing out the last days of the 3rd Reich.

First up is British Paratrooper, Sergeant Arthur Kingsley dropped behind enemy lines on the eve of the Normandy Landings. This setting harks back to the very first Call of Duty which also had players behind enemy lines in Normandy, securing the beachhead for Operation Overlord. 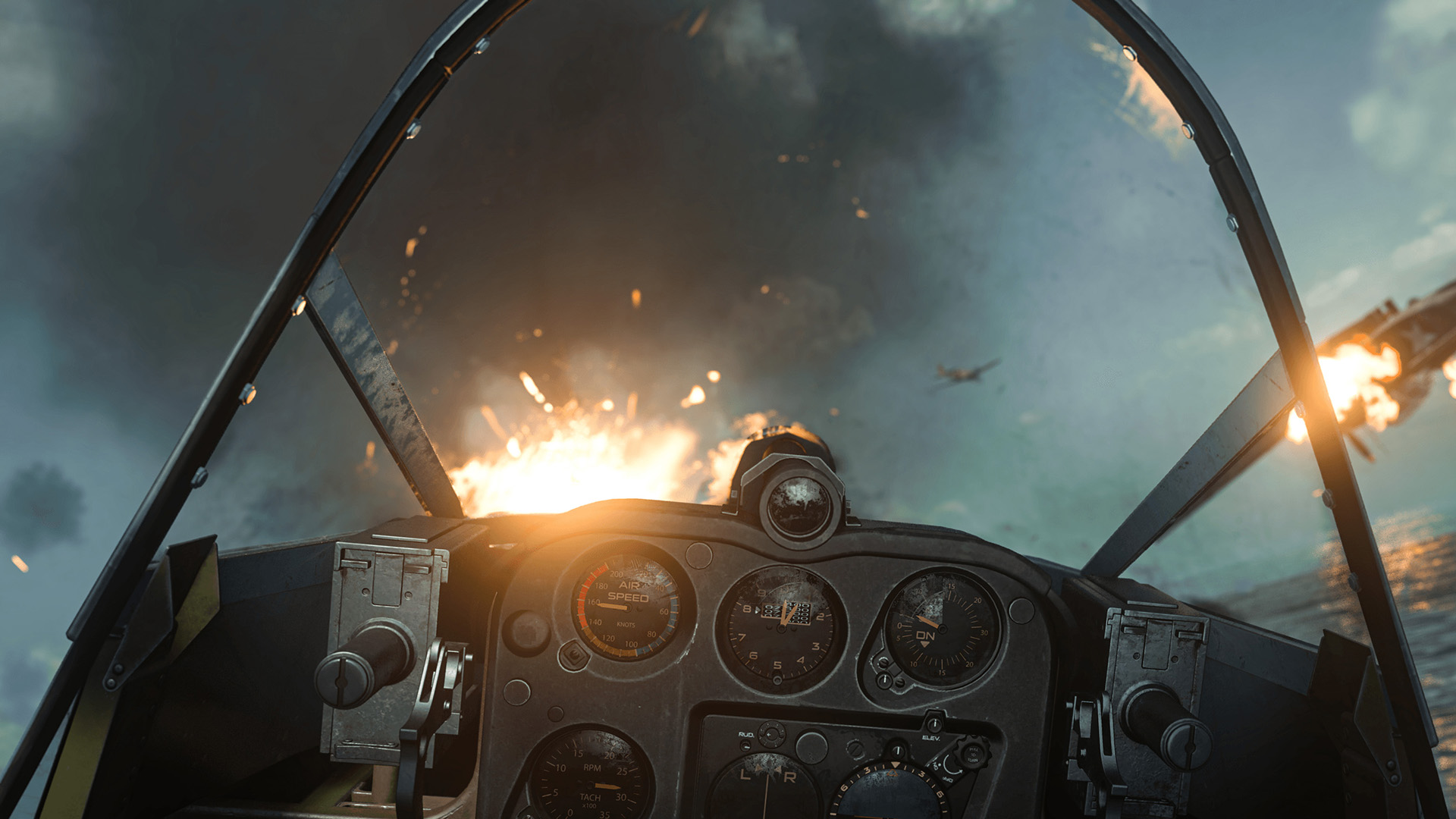 Polina Petrova is a Russian medic caught up in the fall of Stalingrad. Her story has her witnessing the destruction of the city. Picking up her father’s sniper rifle she heads out to exact her revenge, forging the legend of Lady Nightingale.

US Navy pilot Lieutenant Wade Jackson’s story allows players to take part in the battle of Midway, dive-bombing Japanese aircraft carriers. This sequence seems to take inspiration from the movie, Midway. Wade’s story then takes him into the jungles of Papa New Guinea the 93rd Infantry Division.

The fourth playable character is explosives expert, Lucas Riggs. A rough and ready Australian infantryman, the character is almost a cliché. 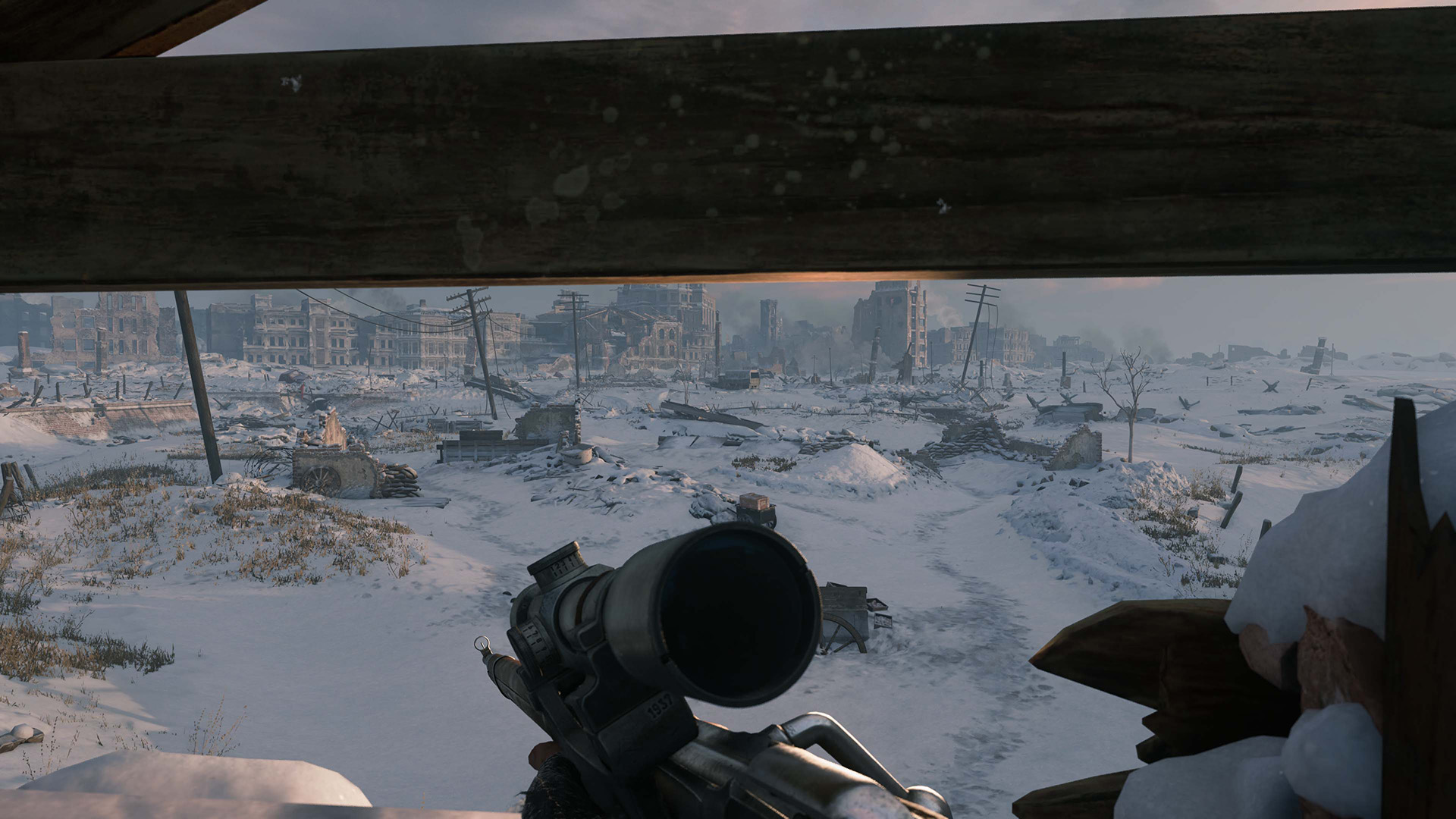 His story starts in the desert of Tobruk, under the command of an arrogant British major. Going against orders, Riggs and his squad storm a German outpost securing enemy intel and generally causing havoc. The second part of Rigg’s story has him posted to El Alamein taking out flak cannons, again, disregarding orders.

The final part of the campaign is back to Vanguard Team with players switching to each of the characters as their particular specialty comes into play.

The end of the campaign sets up the continuation of the fight against the escaping Nazis following their defeat in Berlin in the game’s multiplayer mode. 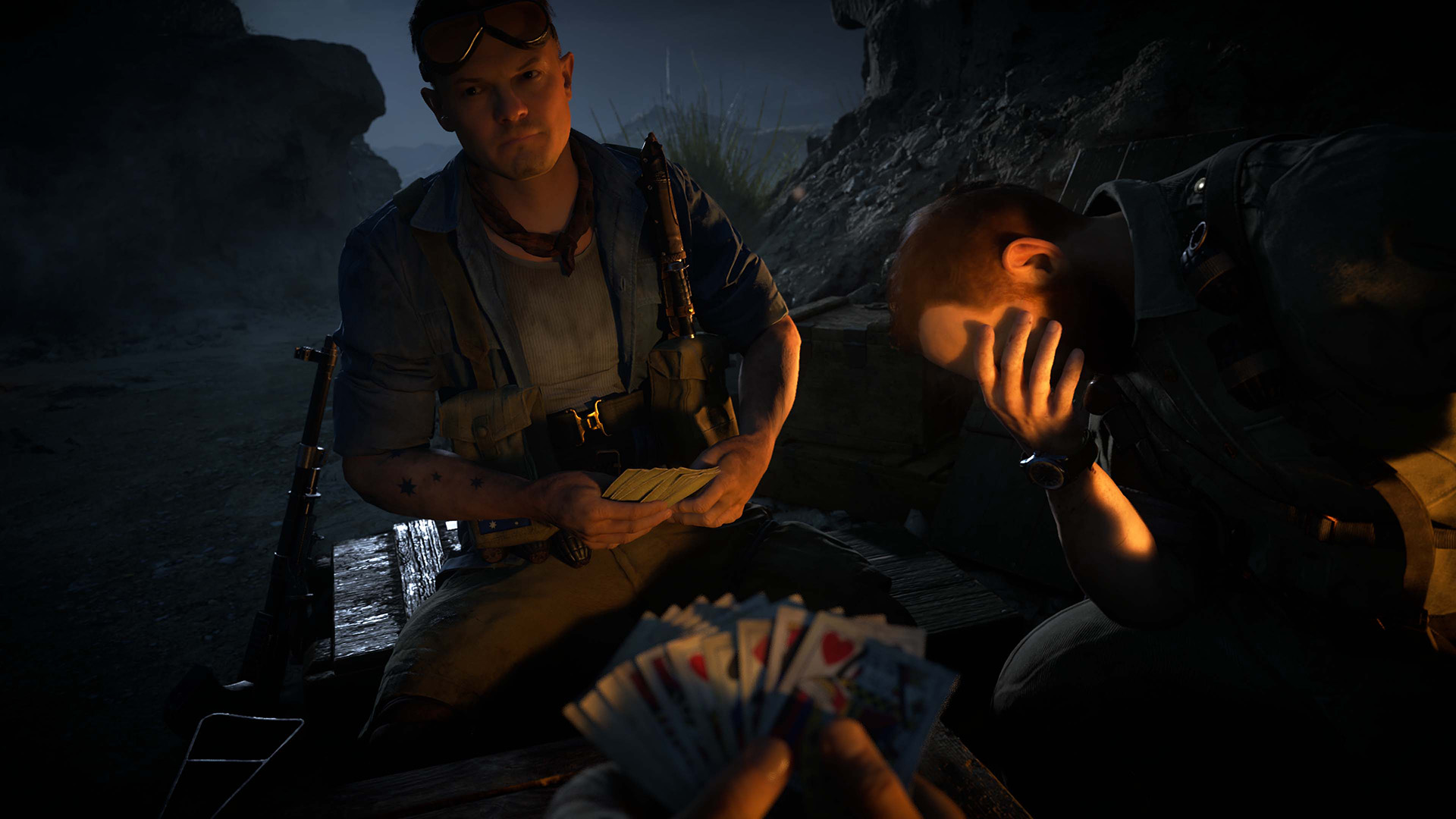 As with all Call of Duty games you get out of them what you put in.

The campaigns tend to rely on set pieces and solid storytelling over engrossing gameplay. Unfortunately, Vanguard’s story is not that inspired. Although the settings, Stalingrad and Tobruk in particular, are interesting and immersive. The campaign story and gameplay are a far cry from that of Infinity Ward’s Call of Duty WWII.

Call of Duty’s multiplayer is usually a moving feast, with balancing and updates as time goes on. Players select from the available Vanguard operatives and watch a short introductory movie, continuing the game’s cinematic style from the campaign. 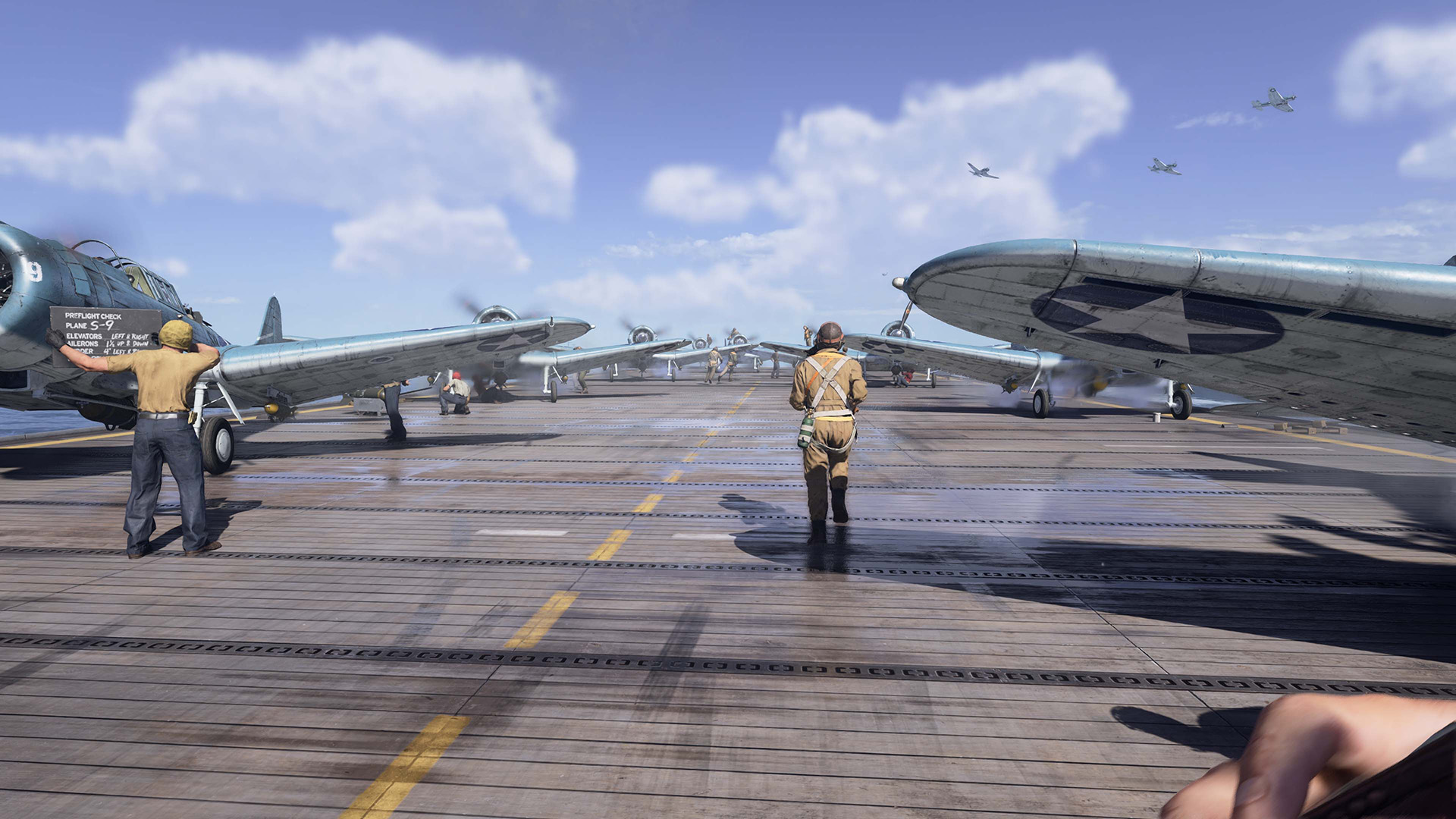 The maps are mainly based upon locations from the campaign with a few surprises like a rerigged Castle from Call of Duty: World at War.

Another four maps are available to the new mode, Champion Hill. In this mode, eight teams of two or three players battle it out in a team deathmatch across the four maps, Airstrip, Courtyard, Market, and Trainyard. This is very much a team game, with communication between players pretty much essential. 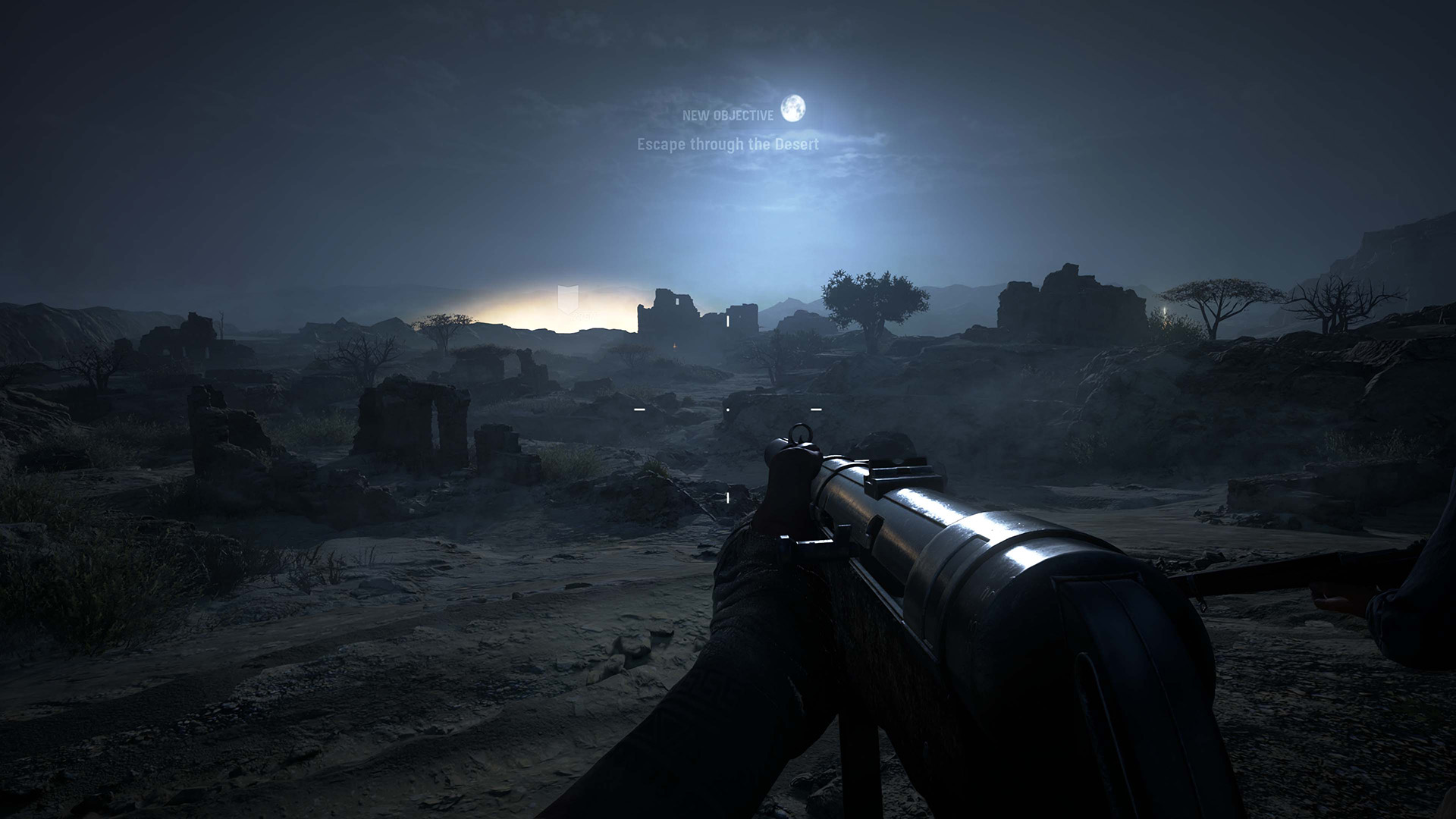 The multiplayer maps are all fairly small, encouraging fast gameplay rather than the strategic approach that can be used in Battlefield. The result is rather breathtaking with hesitation punished by a quick death. Vanguard’s maps also feature destructible walls which can be used to create perfect shooting positions.

I’ll be honest and say that the Call of Duty Zombie modes have never gelled with me.

This time the mode seems bereft of an actual story to accompany the co-op zombie killing. Players start in a courtyard hub with energy fences stopping them from leaving where the zombies shamble in. There are several portals in the courtyard that transport players to the missions. I’m glad to see that I’m no longer expected to nail up windows, the structure is a lot different from that which has come before and I’m not sure if hardcore fans are going to like it. As with previous games, post-launch updates will vary the experience and time goes by, with the seasonal content starting in December (2021). 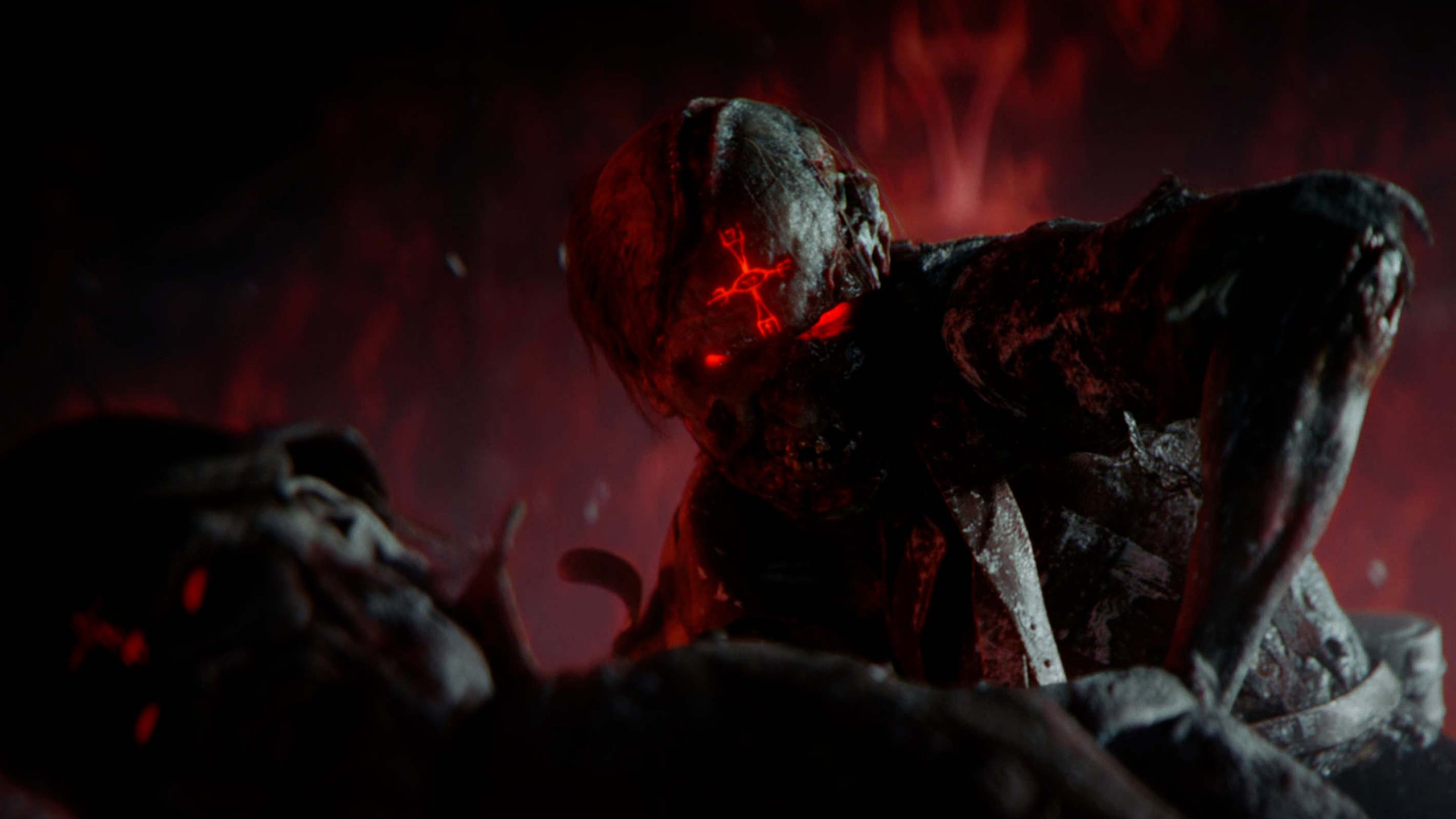 Across all the game modes, Call of Duty: Vanguard looks amazing.

I’m fortunate to be able to play the game in 4K HDR on a high-end gaming PC with the setting, for the most part, maxed out; so, I’m seeing the game in all its glory.

PlayStation 5 and Xbox Series X owners should experience something similar, but those with lower-spec PCs may need to turn the settings down a bit. The game supports Nvidia’s DLSS and AMD’s FidelityFX Super Resolution setting giving lower-spec machines a performance boost and / or enabling a solid frame rate at higher resolutions. Interestingly, Vanguard does not utilise ray-tracing.

Call of Duty: Vanguard is a solid game that’s better than most.

The presentation is slick as you’d expect with a Call of Duty game. The campaign is a lot of fun to play, but as with that of Black Ops Cold War, sits in the shadow of Modern Warfare’s single-player campaign. Multiplayer is just as frantic and unforgiving as always with the co-op Zombies mode departing from the norm, but still entertaining. Vanguard is not perfect, but still a solid entry in the Call of Duty series. 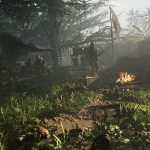 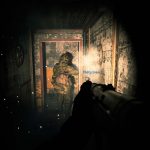 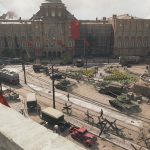 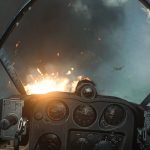 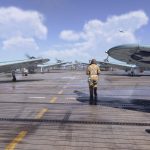 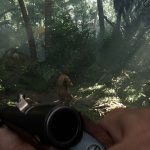 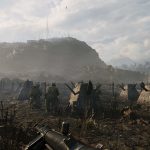 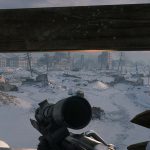 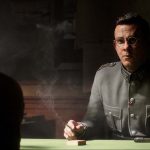 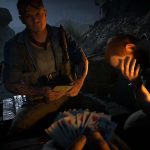 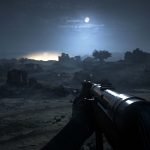 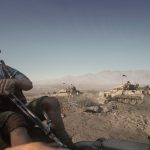 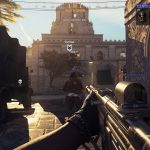 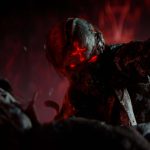 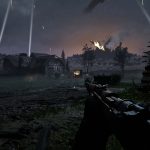 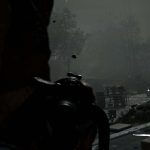 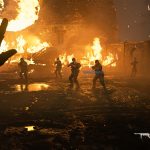