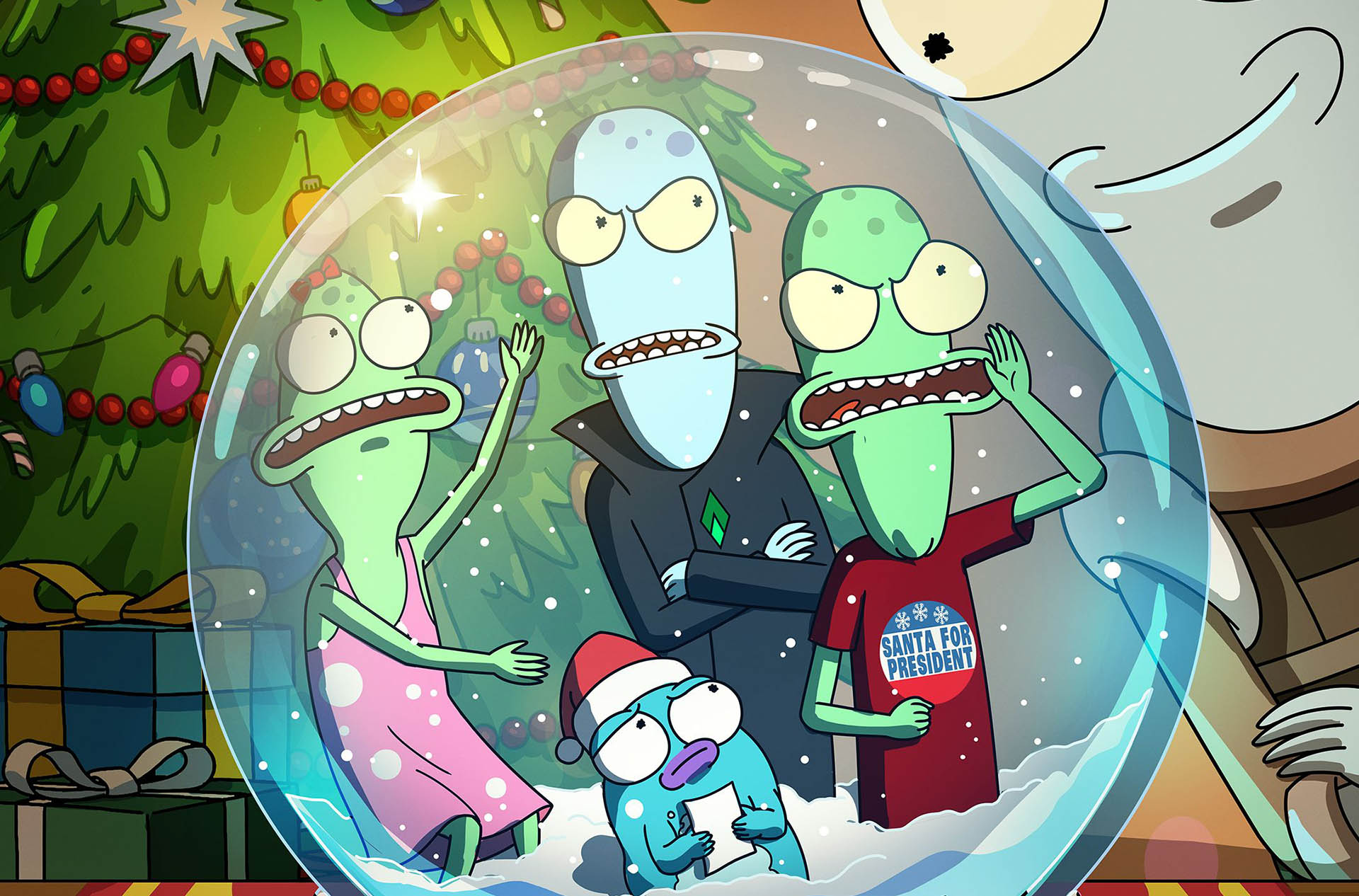 In this festive episode, The Solars don’t understand the holidays, but that won’t stop them from trying! Co-created by Justin Roiland (Rick & Morty) and Mike McMahan (ex-writer’s assistant on Rick & Morty), “Solar Opposites” centres around a team of four aliens who escape their exploding home world only to crash land into a move-in ready home in suburban America. 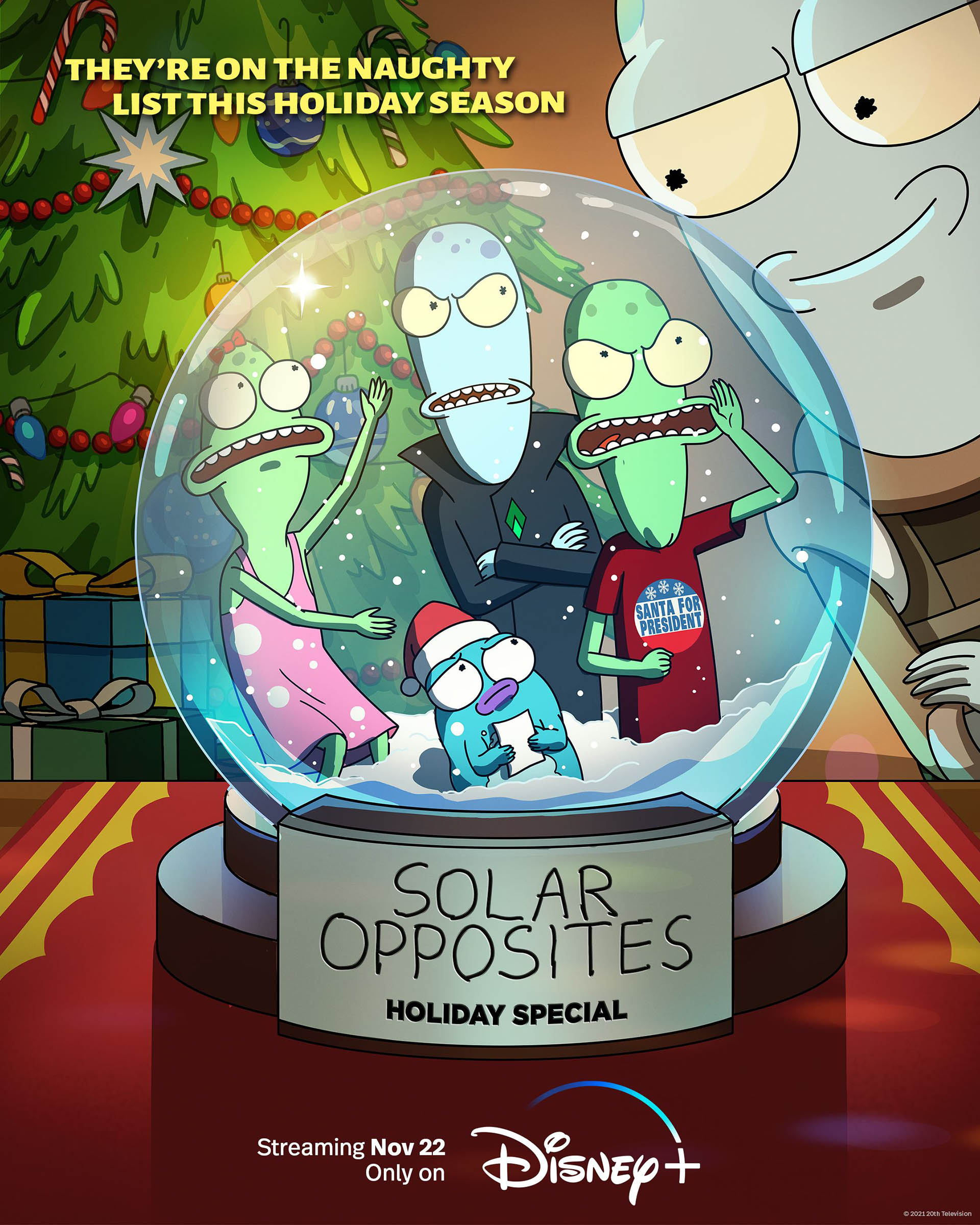 They are evenly split on whether Earth is awful or awesome. Korvo (Justin Roiland) and Yumyulack (Sean Giambrone) only see the pollution, crass consumerism, and human frailty while Terry (Thomas Middleditch) and Jesse (Mary Mack) love humans and all their TV, junk food and fun stuff.

Their mission: protect the Pupa, a living super computer that will one day evolve into its true form, consume them and terraform the Earth. On season two of “Solar Opposites”, the Solar Opposites take it bigger, funnier, and more opposite than ever before.

“Solar Opposites” is executive produced by Roiland, McMahan and Josh Bycel. The series is produced by 20th Television.