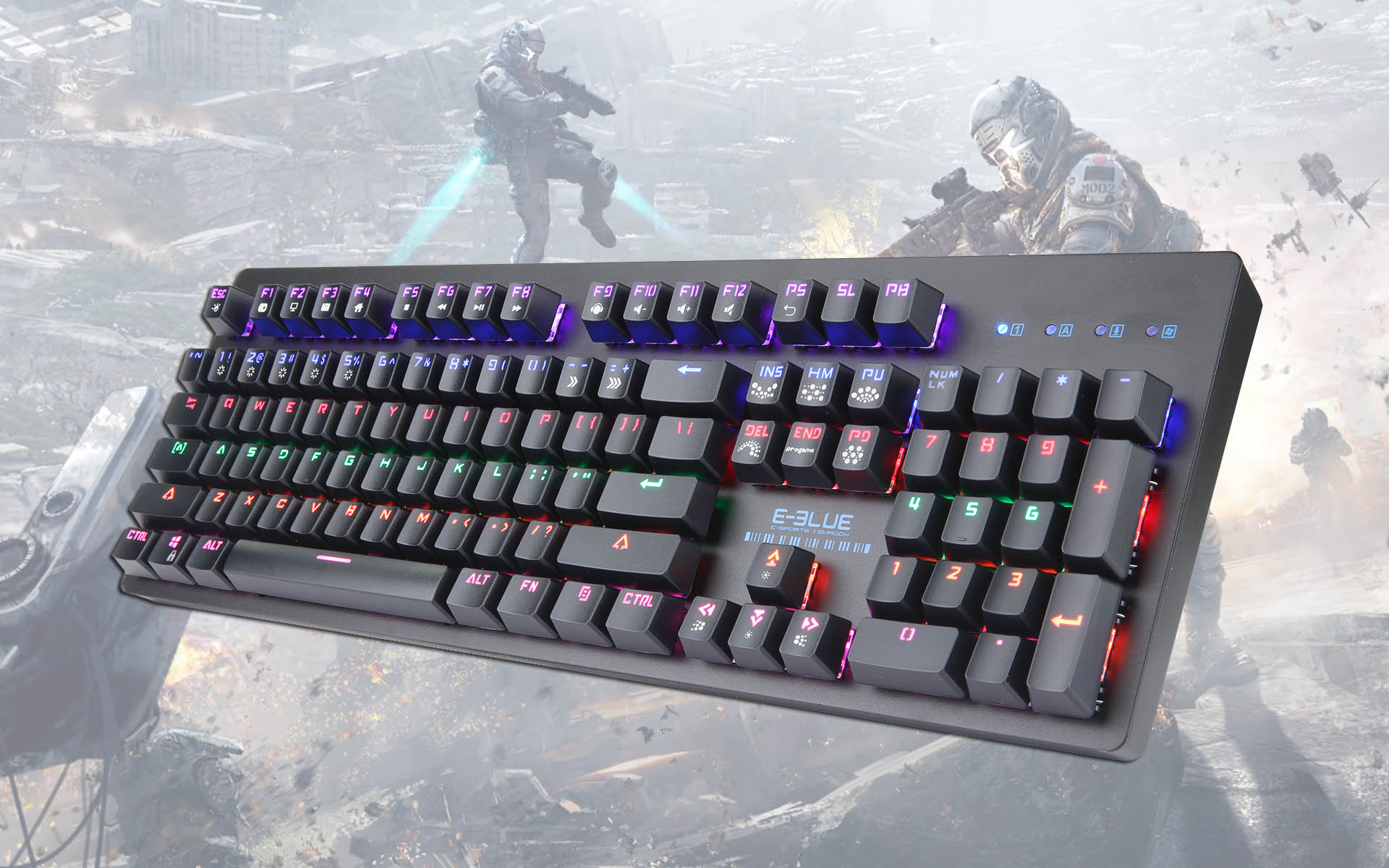 Budgetly priced but not compromised on quality.

As the competition in the PC gear market ramps up with the explosion of esports and streaming, getting the tools to game is getting less and less expensive.

Asia’s E-Blue carry a range of PC gaming products, such as mouse pads, mice and mechanical keyboards. Thanks to Play distribution and E-Blue STG received one of their top shelf RGB full QWERTY gaming keyboards to try out.

E-Blue are a no fuss but most of the frills company when it comes to their products. The EKM757 RGB Mechanical Keyboard that we were given requires no setup, no software and works straight from the box.

Weighted and with a rubber base that will prevent the keyboard from sliding around during a fierce key mashing session, the EKM757 is also weighted.

Out of the box it will light up like a Xmas tree. There are five preset key only RGB options which will highlight the WASD and ARROW keys, then you have five full RGB options to illuminate all keys in a chaser, wave and more or simply have a static effect. These options are governed by a Function (FN) key on the keyboard itself and can be changed on the fly.

E-Blue knows that gamer like to customise their keys to their gameplaying, so they also give you the option of programming your own sets.

The keys themselves are ‘floating’ keys. Raised up from the keyboard to give a strong spring compression when pressed. My only gripe here is the noise of the keys, when typing out a sentence or three (or writing a review on the keyboard itself) it sounds a lot like a typewriter. A loud clunky typewriter.

Still, a small problem to bear when you factor in the cost of the EKM757 and what you can get from it.

The unit also has expandable feet at the bottom, but they flick outwards, not out sideways – so if you are a heavy typer or your adrenaline kicks in while playing you’re more than likely to place too much pressure and have the keyboard drop back down. I know most people lay their keyboard flat anyway. I do.

The EKM757 is not a poor gamers fancy keyboard. It is a legit piece of PC gaming gear with programmable options to suit your lighting needs and priced at around $60 – $80 NZD it’s a gotta have.