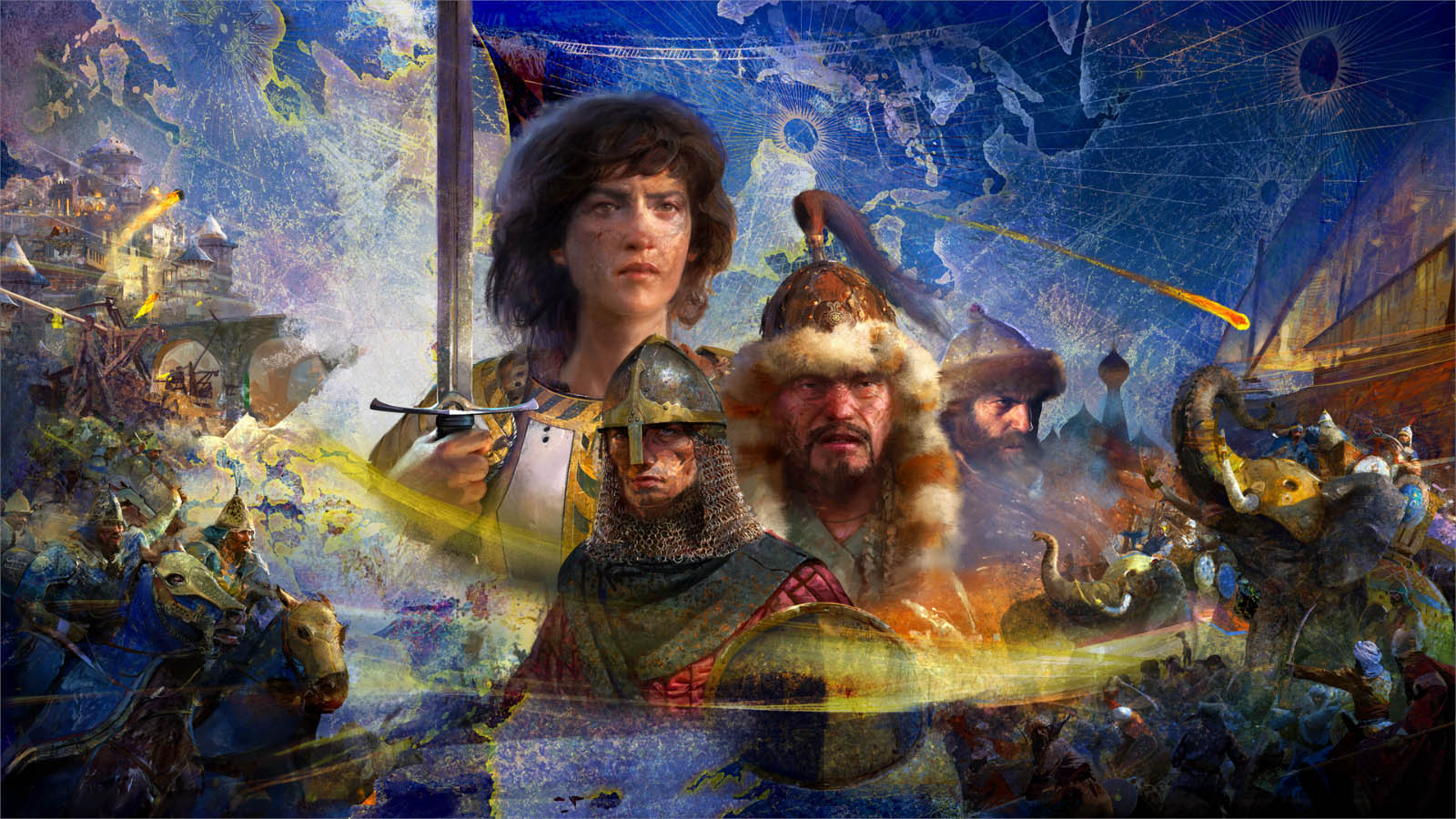 Age of Empires II holds a big place in my heart as one of the first PC games that really captured my imagination in a big way.

As great as the likes of its contemporaries, Unreal Tournament and Quake III Arena were, I found Age of Empires II to be a game that I couldn’t put down, and I played it for years.

Age of Empires III didn’t hit it off with me in quite the same way. It looked better but messed too much with the carefully honed formula of the second instalment (refined to perfection from the original). There’s been nothing like Age of Empires since. 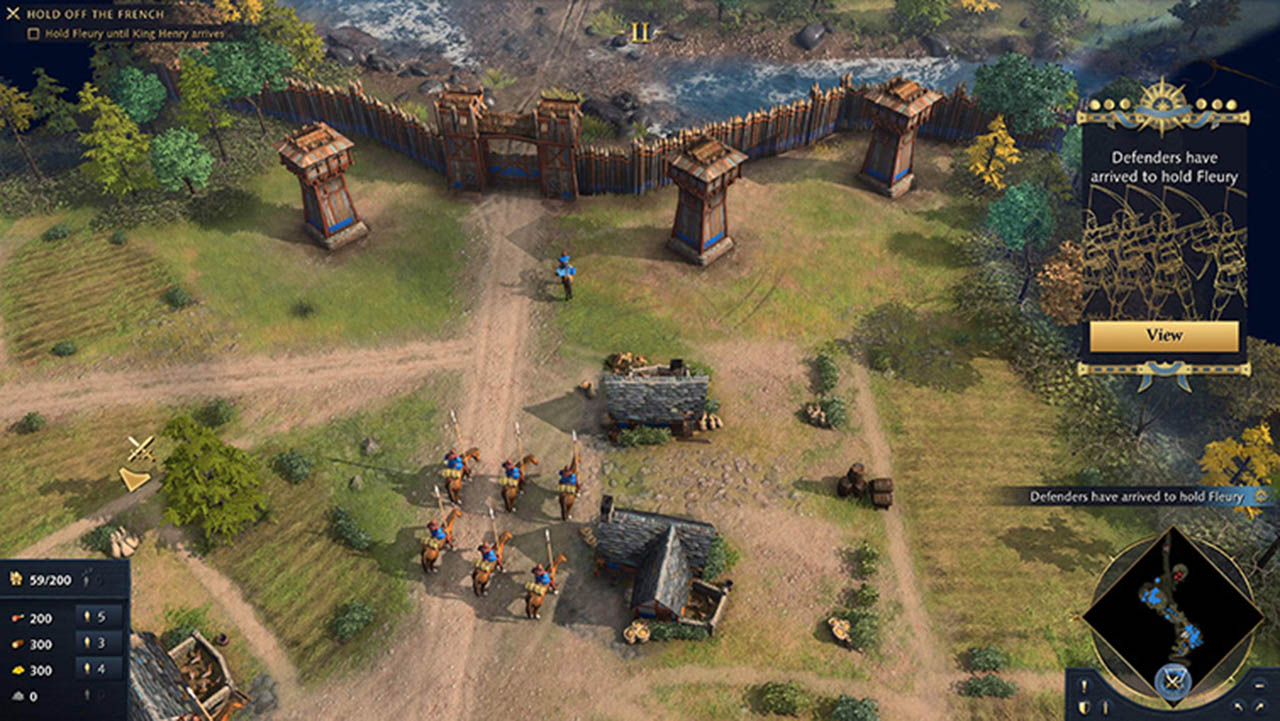 The remastered / HD versions of the original games have been the closest thing to a new instalment. With the closure of the original Age of Empires developer, Ensemble Studios, in 2009 it looked like the end of the road for Microsoft’s groundbreaking real-time strategy franchise.

Age of Empires IV seems to have recaptured the magic of Age of Empires II. The developer, Relic Entertainment, is no stranger to the RTS genre with acclaimed games like Homeworld and Company of Heroes.

Starting Age of Empires IV up over twenty years since I first played Age of Empires II, it was clear how PC gaming has come a long way over the last two decades. My 1024×768 30Hz CRT monitor is now a 4K HDR 144Hz panel. Age of Empires IV, similarly, is a far cry from the pixelated visuals of games of old, or even their remastered counterparts. 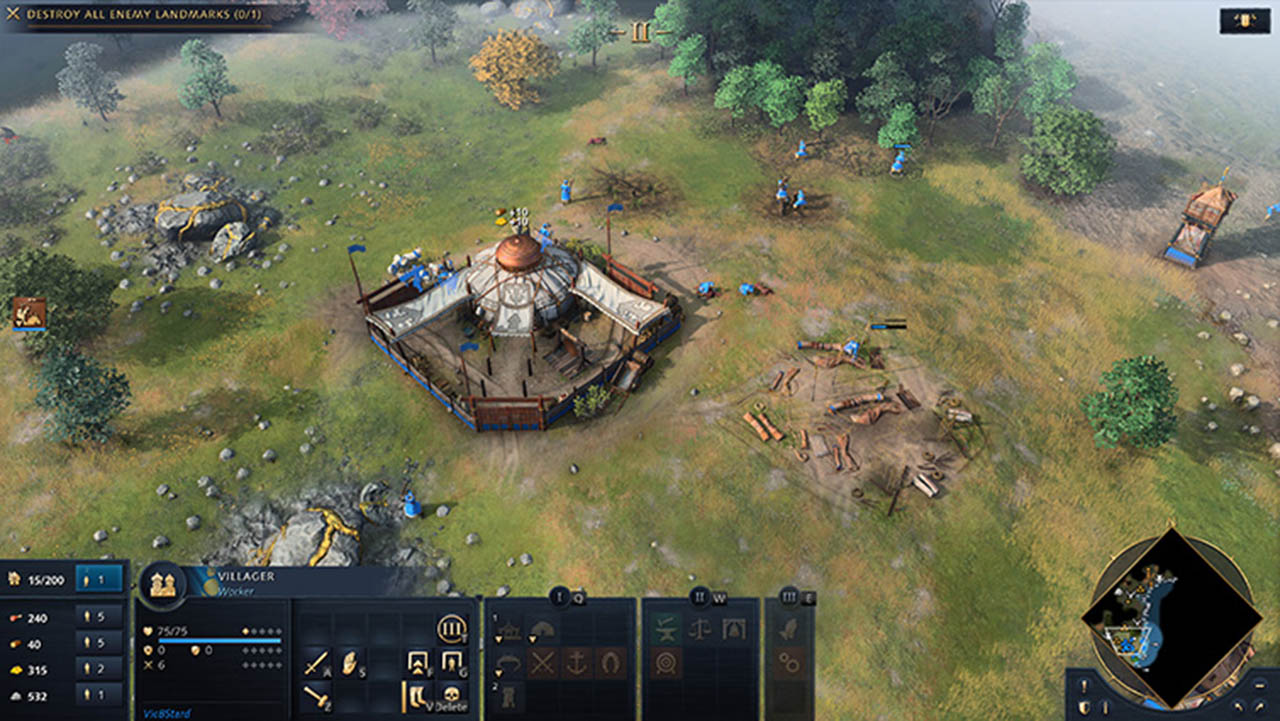 The game throws players into an optional tutorial. This serves as a fun introduction to the game and familiarizes players with the game mechanics. It’s much more fun than just confronting you with a list of menu options.

The high-class presentation is immediately apparent. The camera is the same isometric view of the goings-on. The camera can be zoomed in and rotated.

Practically speaking, though, I found rotating the camera to be disorientating and had little need for the zoom, apart from to marvel at the detail of the units and buildings. 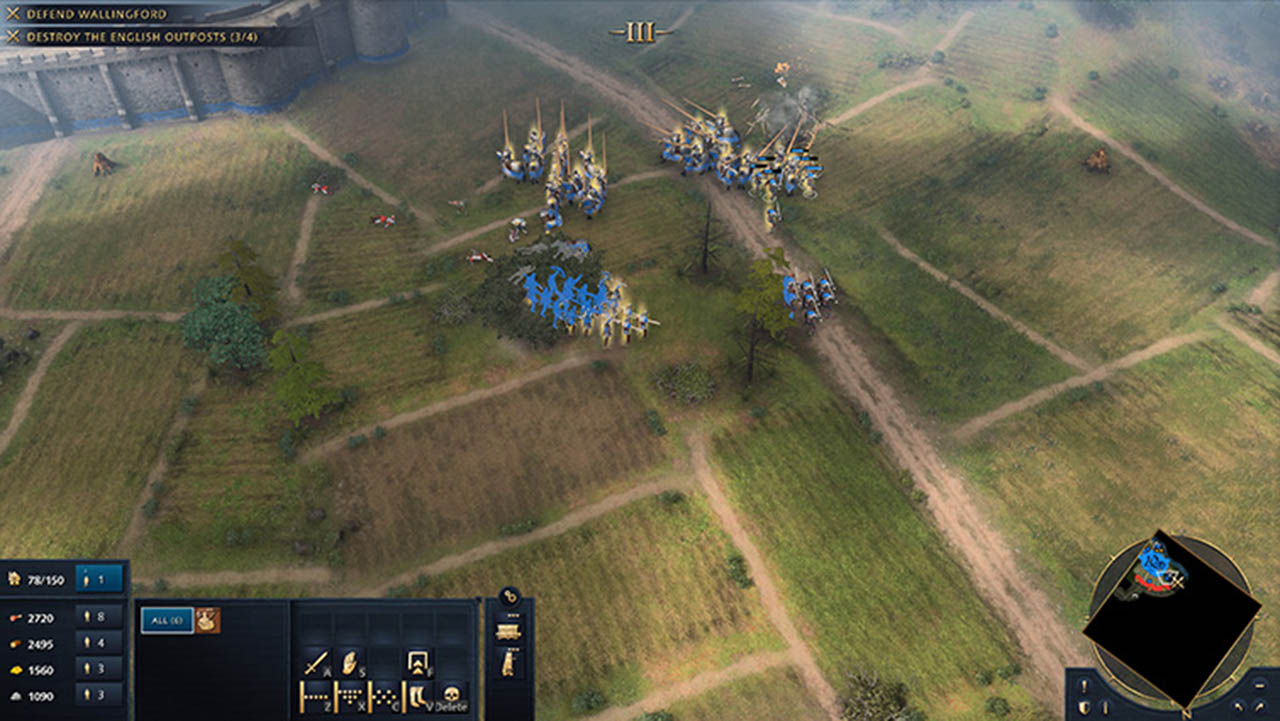 The core gameplay will be very familiar with veterans of the series. As with its predecessors, Age of Empires IV involves assigning villagers to collect resources (food, wood, stone and gold) to build a settlement. New buildings unlock new traits and units.

The settlement needs defenses, which can be in the form of fortifications and, more importantly, military units.

The population cap is determined by the number of houses for people to live in. More houses, more people. Houses need wood and people need food. Building mills, lumber camps and mines speed up resource gathering, as the villagers don’t need to walk as far. There are a range of support buildings, each with technology upgrades to make units more efficient and/or more powerful. 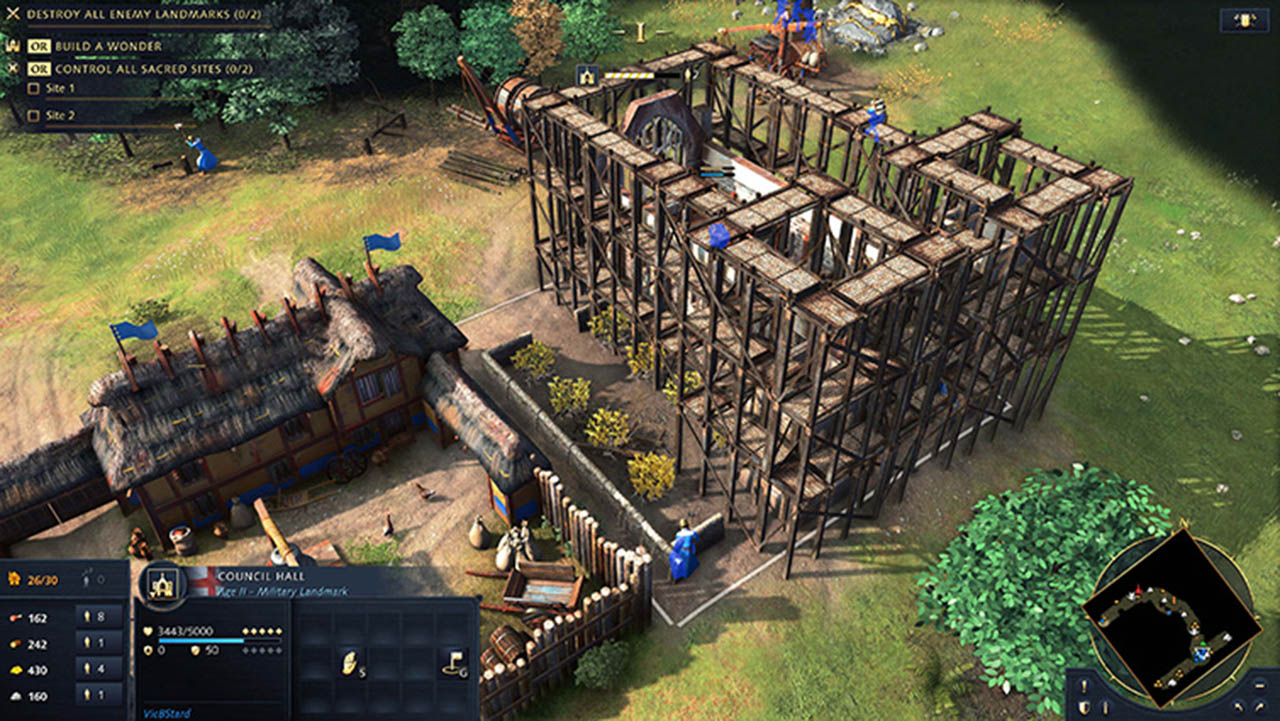 As fun as it is farming and collecting wood, Age of Empires IV is about protecting what’s yours and keeping your opponents at bay. You need to choose your battles, but sometimes conflict is inevitable.

Spearmen, men-at-arms, cavalry, archers and even galleons are a few of the military units that can be produced from barracks, ports and other buildings. Building an army needs resources, keeping the villagers busy. 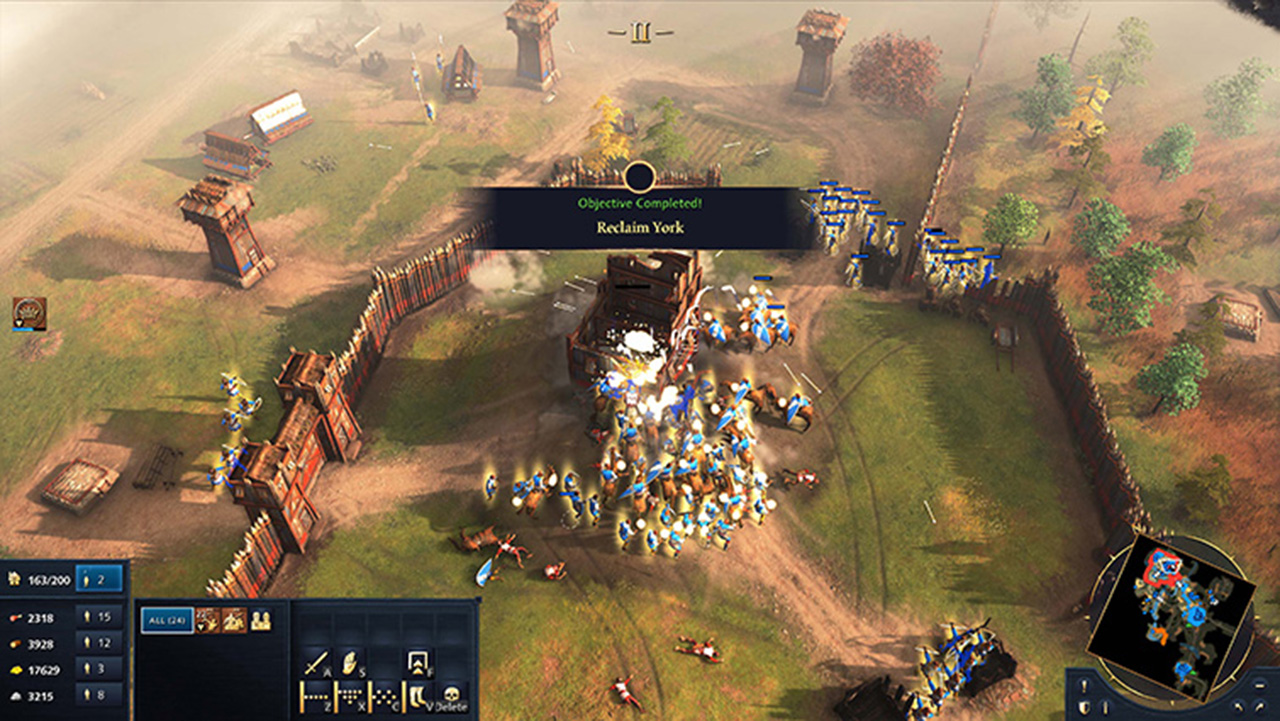 On the offensive side, the various factions offer unique and exciting forces. I loved the power of the trebuchet and its ability to lay waste to the enemy from a very safe distance. Similarly, the use of elephants as a mounted unit looks amazing on the battlefield.

As with previous games in the series, players can update their civilization through ages. Obtaining a certain level of resources enables the advancement of an age, via the construction of a special building. Each new age unlocks new technologies, accessible via units and buildings.

The game has four historic campaigns: The Normans, The Hundred Years War, The Mongol Empire and The Rise of Moscow. Each campaign tells a historically accurate story with the player interacting via chapters featuring the scenarios and battles that actually happened. 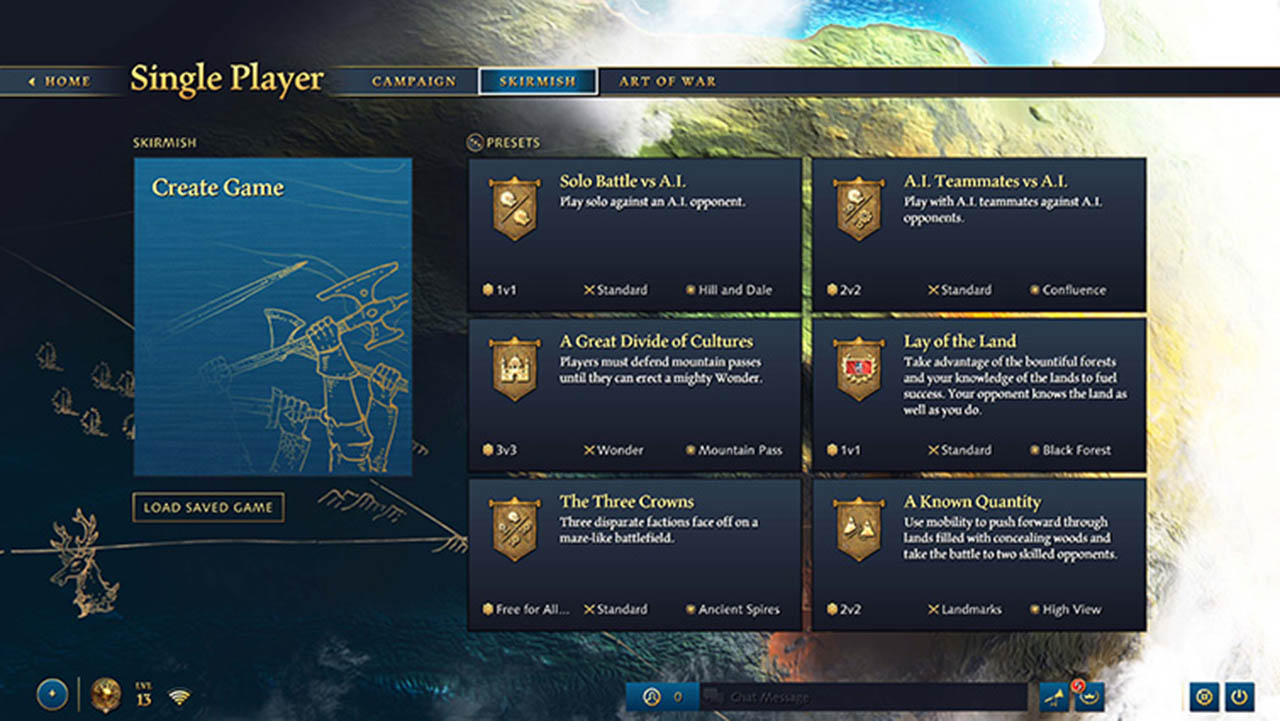 My personal favourite is the Norman Invasion, the Battle of Hastings in 1066 being taught to me in school, as it happened not far from where I grew up. But each campaign is well presented offering an immersive history lesson.

Campaign missions include introductory videos filmed at the real-world location of the famous battles with animated troops superimposed. You get to see William the Conqueror’s army take on King Harold’s men overlaid against the East Sussex landscape.

There are also interesting unlockable documentary-style videos showing things like how chainmail was made, how crossbows work, falconry and even a real-life trebuchet in action. 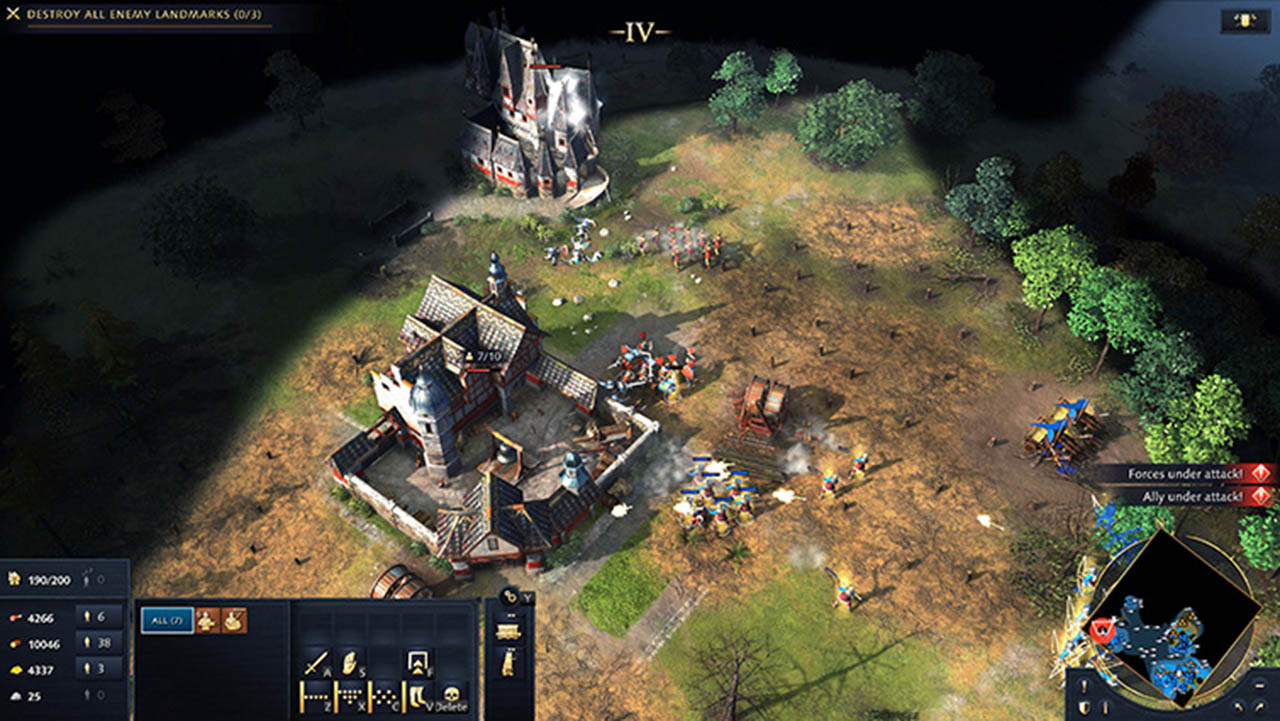 The production quality of these videos is as high as you’d expect from, the BBC or National Geographic. Overall, the campaign game feels like an entertaining history lesson, the missions are even narrated in a documentary style.

As with its predecessors, I found the most fun to be had is via the skirmish mode. Here players can choose from several AI scenarios or set up their own unique sandbox. The map types, from open land to archipelagos, offer unlimited replay value as you can choose map size, the number of enemies or allies, and the various factions. 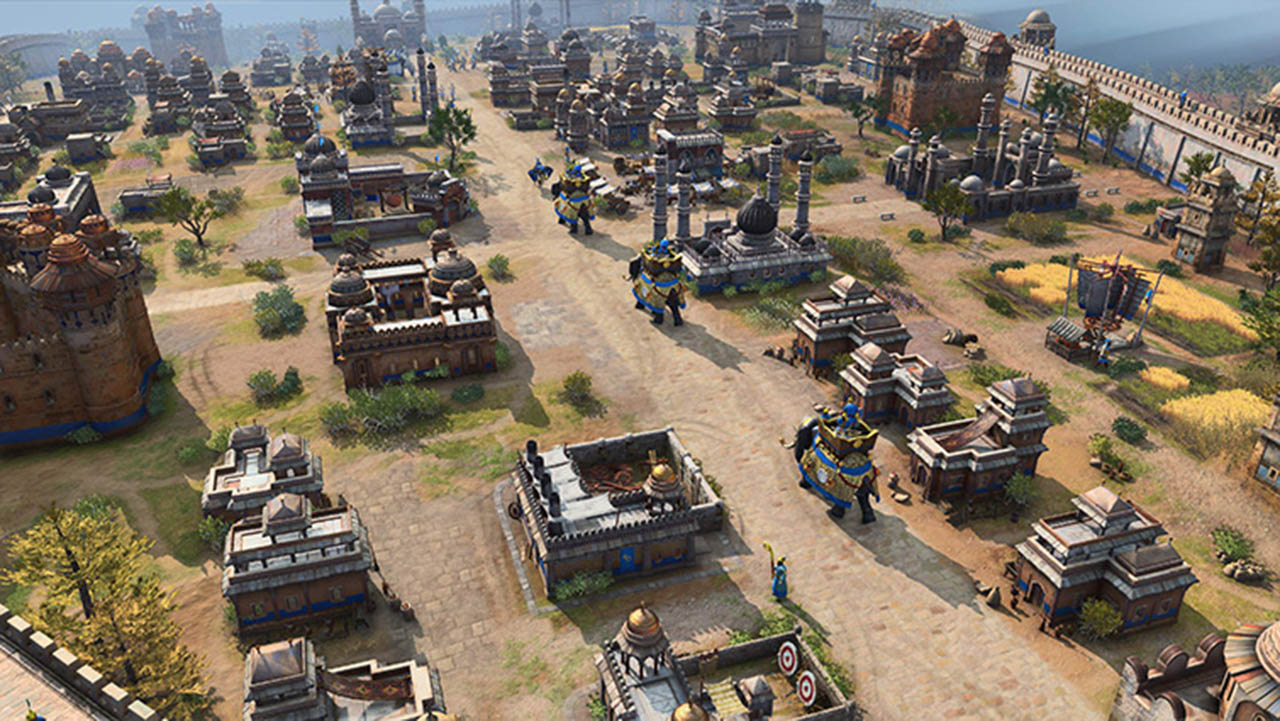 As well as the campaigns and skirmishes, the Art of War is a series of training challenges that introduced players to the game’s various mechanics. By no means essential, these timed exercises are a lot of fun and teach both old hands and new the intricacies of Age of Empires IV’s very deep gameplay.

Multiplayer gameplay is very similar to the skirmish mode, but with the option of both players vs. players and co-op players vs. AI. Matches can be customised for unique multiplayer confrontations or you can join someone else’s match from the in-game lobby. You can also observe other multiplayer matches.

The whole game is impeccably put together. 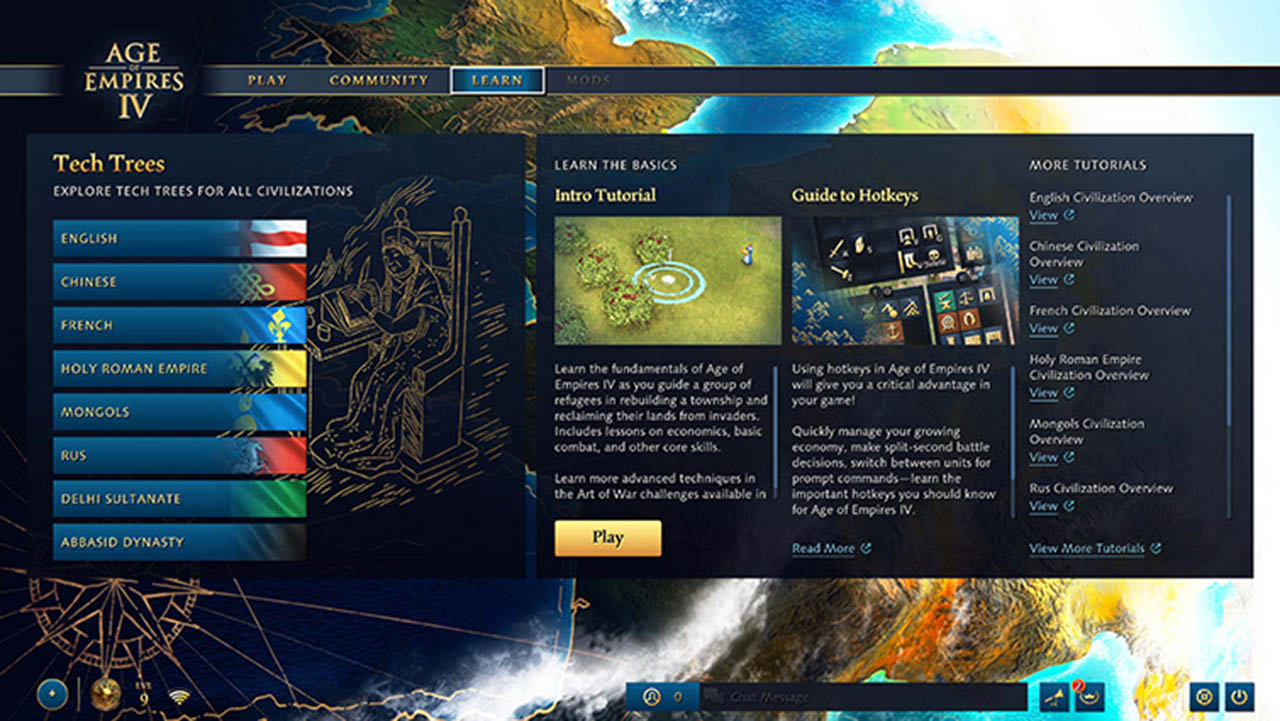 From the menus to the actual gameplay, Age of Empire IV looks amazing. The game has a huge depth to it. The campaigns alone have hours of gameplay and a skirmish can easily last over two hours. There’s a phenomenal amount of replay value. With the game being available as part of the PC Game Pass subscription, it adds even more value to the service.

Age of Empires IV is a worthy addition to the legendary genre-defining real-time strategy series. It refines the gameplay and updates the visuals without taking away any of the fun. 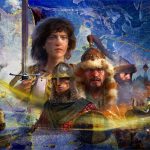 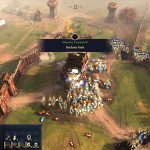 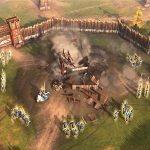 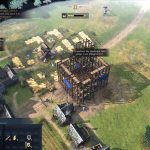 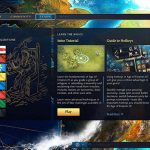 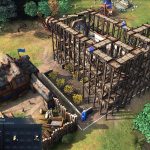 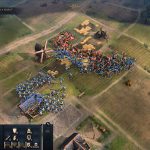 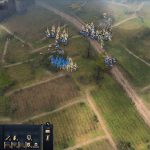 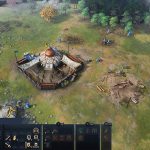 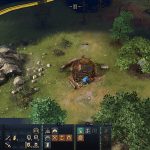 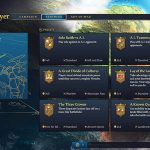 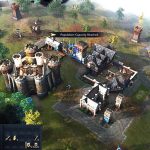 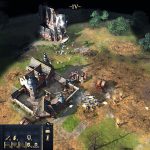 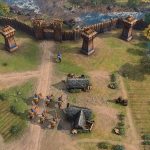 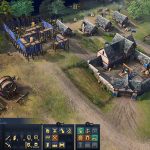 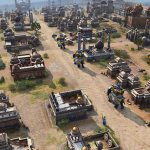 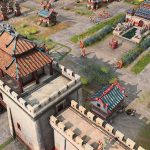 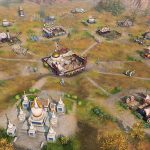 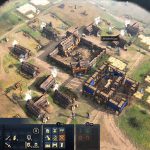