Beyond the Dark Portal in the shattered realm of Outland, the armies of the demonic Burning Legion prepare for an invasion that threatens the entire world of Azeroth.

Later this year, World of Warcraft players will return to the fel-scarred ruin of Hellfire Peninsula to stop the incursion at its source; rediscover what lurks below the fungal forests of Zangarmarsh; and face down Illidan the Betrayer once again in Burning Crusade Classic, Blizzard Entertainment’s authentic recreation of the acclaimed first World of Warcraft expansion.

“The World of Warcraft community made it clear that they wanted WoW Classic, and now they’re eager to continue their journey into The Burning Crusade,” said J. Allen Brack, president of Blizzard Entertainment.

“Since the launch of WoW Classic and as we rolled out content updates, we’ve learned a lot about what players want from an experience like this in 2021. We’re building on that to ensure players’ new adventures in Outland are as epic as ever, whether they’re taking a return trip through the Dark Portal or joining us for the very first time.” 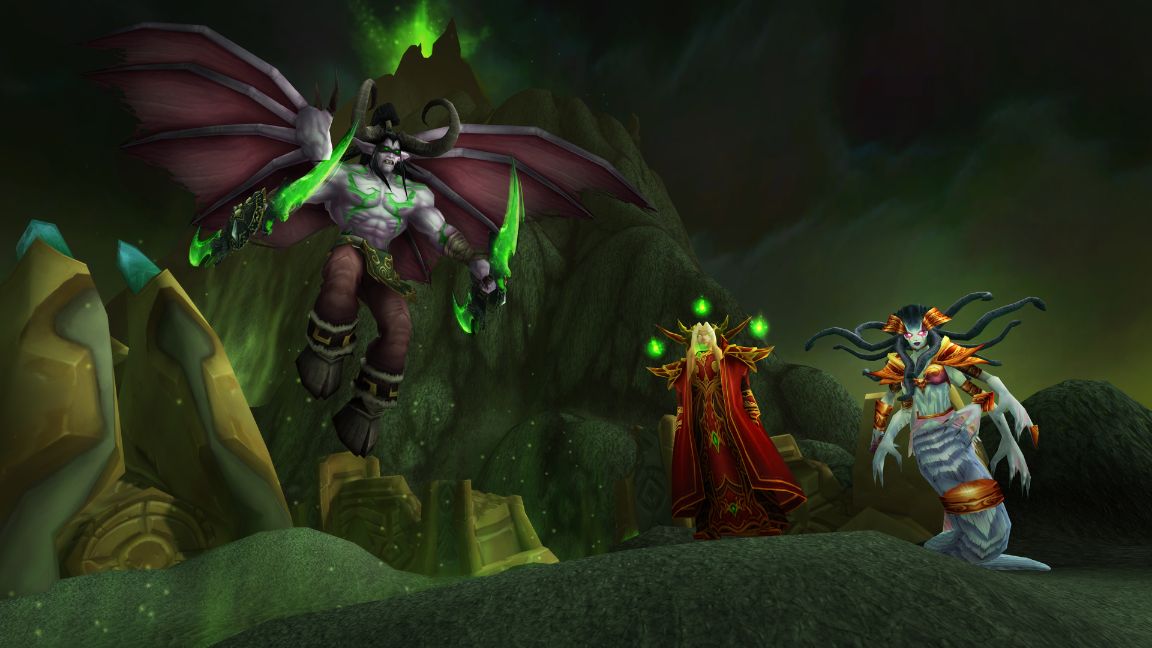 Burning Crusade Classic builds on the epic foundation of World of Warcraft Classic, providing players with an opportunity to experience the next legendary chapter in the Warcraft saga. Through the launch and over the course of content updates to follow, the recreation will bring back the features of the 2007 original, including the Shattered Realm of Outland where you will traverse the treacherous crags and spires of Blade’s Edge Mountains, where even dragons fear to roam; hunt alongside the uncorrupted Mag’har orcs among the floating islands of Nagrand; battle demonic agents of the Legion in the shadow of the Black Temple; and much more.

Two new playable races are included as you fight for the Horde as the blood elves, seeking a new source of the arcane power that once sustained them, or join the Alliance as the draenei, exiles from Outland in search of a new home.

Assemble your most trusted allies and prove your PvP prowess in 2v2, 3v3, or 5v5 combat in Arenas such as the Ring of Trials and the Circle of Blood and take flight in the chaotic skies of Netherstorm and soar over fel-touched Shadowmoon Valley with the introduction of flying mounts in Outland. 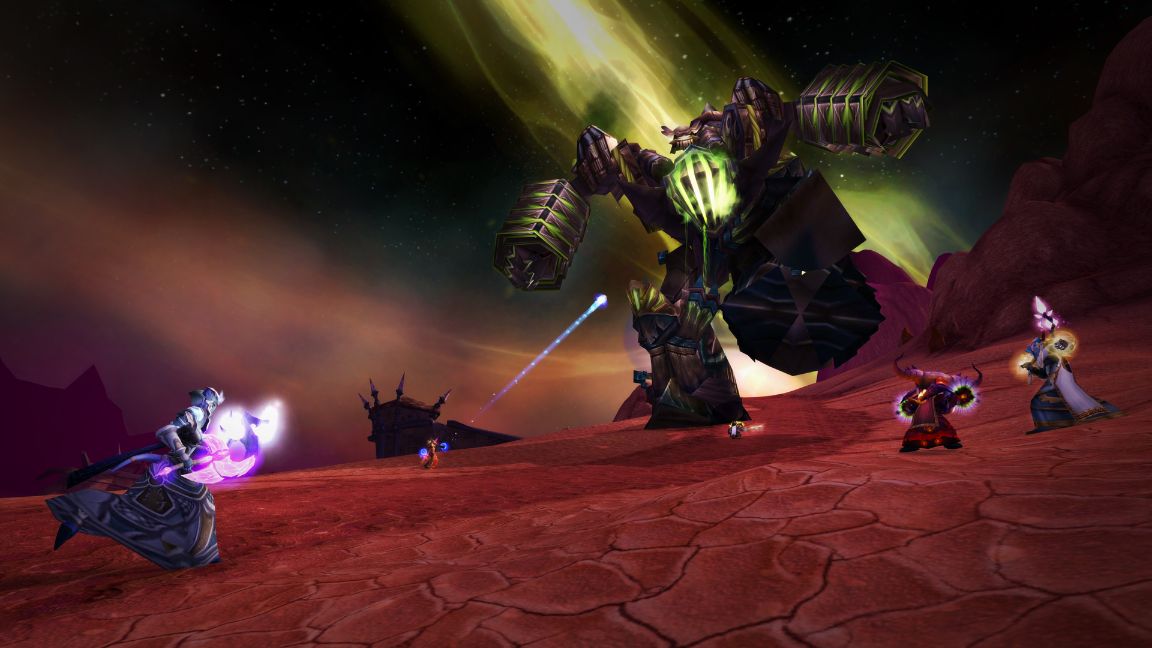 Master Challenging Raids and Dungeons,  conquering 5-player dungeons set in the crystalline fortress of Tempest Keep and the Caverns of Time, where heroes bear witness to Azeroth’s past.

Raid the haunted halls of 10-player Karazhan, and gear up over time for a climactic confrontation against Kil’jaeden in 25-player Sunwell Plateau.

There are also new options for heroes as you carve gems of power to socket into players’ gear with the Jewelcrafting profession; choose between the Aldor or Scryer factions in Shattrath and earn their unique rewards; create a paladin on the Horde or a shaman on the Alliance; and more. 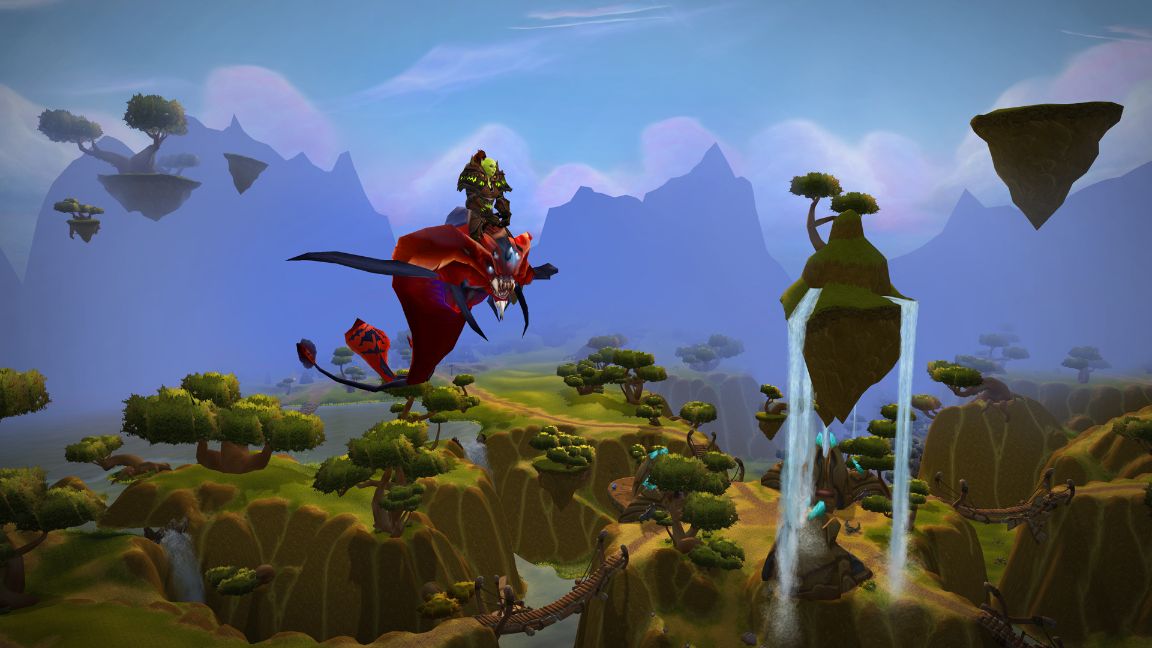 Before entering the Dark Portal, players will be presented with a choice for each of their existing WoW Classic characters: to progress to the Burning Crusade era along with the rest of the Horde and Alliance heroes on their realm, or to continue adventuring in the original WoW Classic content on all-new “Classic Era” servers coming with the rollout of Burning Crusade Classic. Players who want to experience the best of both worlds will have the option to “clone” each WoW Classic character as an optional paid service, allowing each hero to venture forth into Burning Crusade Classic while their copies continue their original adventure on a Classic Era realm.

Further details on each realm type and the available options for characters will be provided at a later date.

For players who don’t have characters ready for the journey beyond the Dark Portal and are interested in adventuring in Outland with their friends, Blizzard will also offer an optional level-58 character boost service closer to the expansion’s launch. To help preserve the integrity of players’ accomplishments in WoW Classic, this boost will not be usable on Classic Era realms or on the new blood elf or draenei races; in addition, players will be limited to boosting only one character per World of Warcraft account. 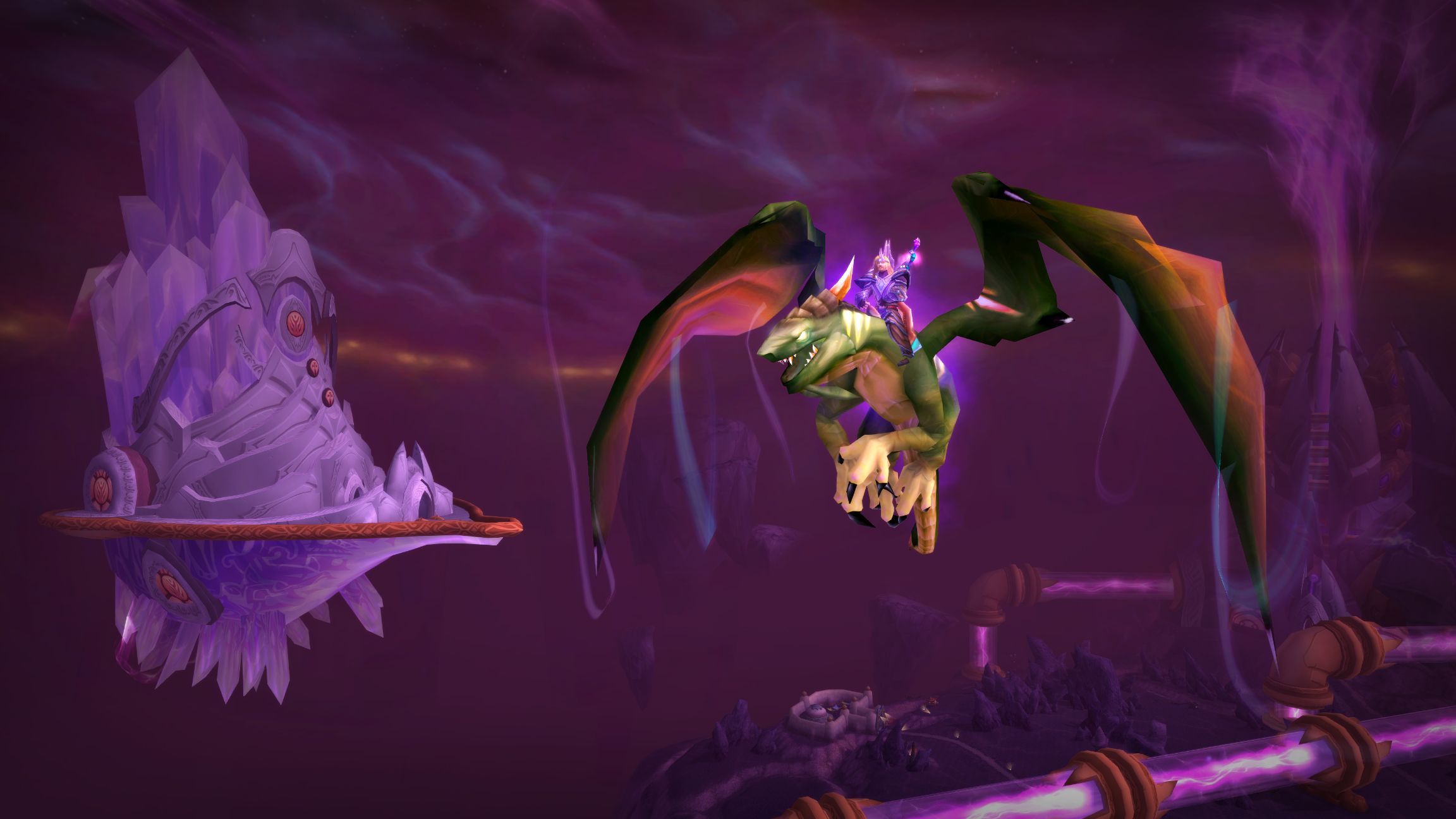 Further details, including details around pricing and availability, will be announced at a later date.

As with WoW Classic, access to Burning Crusade Classic will be included in players’ existing World of Warcraft subscriptions at no additional cost. In the near future, Blizzard Entertainment will be kicking off a beta test for Burning Crusade Classic, calling upon players to give feedback on the experience and help ensure the expansion strikes the best possible balance between authenticity and enjoyment.

More information on the beta test, including how to sign up, will be announced at a later date.