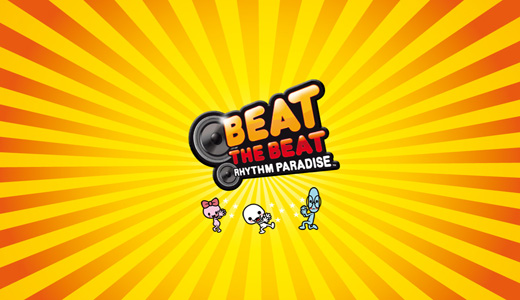 With the Wii – U just around the corner the current gen Nintendo console shows off that it still has the quirk and unique capabilities that has made it the solid console to have for the entire household.

Beat the Beat: Rhythm Paradise is a music based game with vividly bright cartoony graphics to get you off the couch and waving your Wii wand around in time to, well, the beat.

To play you do need to have a somewhat sense of rhythm as you undertake a plethora of over 50 mini-games actioned by way of keeping timing. 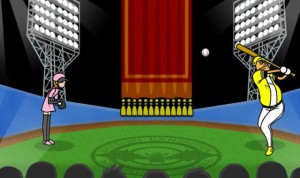 to umm, Pea pricking with a fork, taking out Ghouls, being a Samurai and even playing a jolly good ole’ game of Badminton.

Your skill level in gameplay as a whole doesn’t have to be too expert, just so long as you have quick reflexes and can groove to the music.

A series of hearty beat laden tracks with catchy, almost kiddie music and a few remixes here and there will keep you popping, pricking, swiping and hurling your arms about to get through to the next Game on offer. 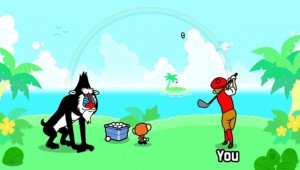 You must complete every Level with only one or two failures allowed in order to earn the Medal for that round. The more Medals that you earn the more you gameplay you can Unlock; from extra Content to extra Tracks and more and more gameplay. Simple.

The A Button is your friend throughout play and you will need to tap this alot whilst pulling the underlying trigger every now and then to make it through. But remember to tap the button in accordance to the beat.

The on-screen HUD will display your time keeping stats which is revealed right at the start where a metronome taps out a beat and requires you to press the A-button at the end of each bar. It will show you your rhythmic accuracy over a series of taps, revealing where your weaknesses are in your beating ability. 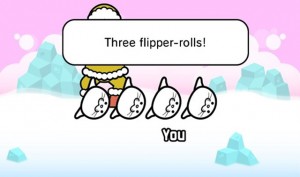 course a feature, so to make it even more challenging invite a mate for a dual beat bashing competition.

Somewhat ported from the DS title, gameplay has been totally revised and is new to the Wii, although players that did play the DS one will see some familiarities.

Designed by Yoshio Sakamoto, who is better known as the creator of the Metroid series and Nintendo’s Dark Mario .

It’s definitely different, I found that most of the mini-games offered varying degrees of challenges, however gameplay overall was very, very samey, samey.

If you are Wii equipped this is a wholesome family game where you can clutch your Wii Remote, feel the Beat and get into the Rhythm.