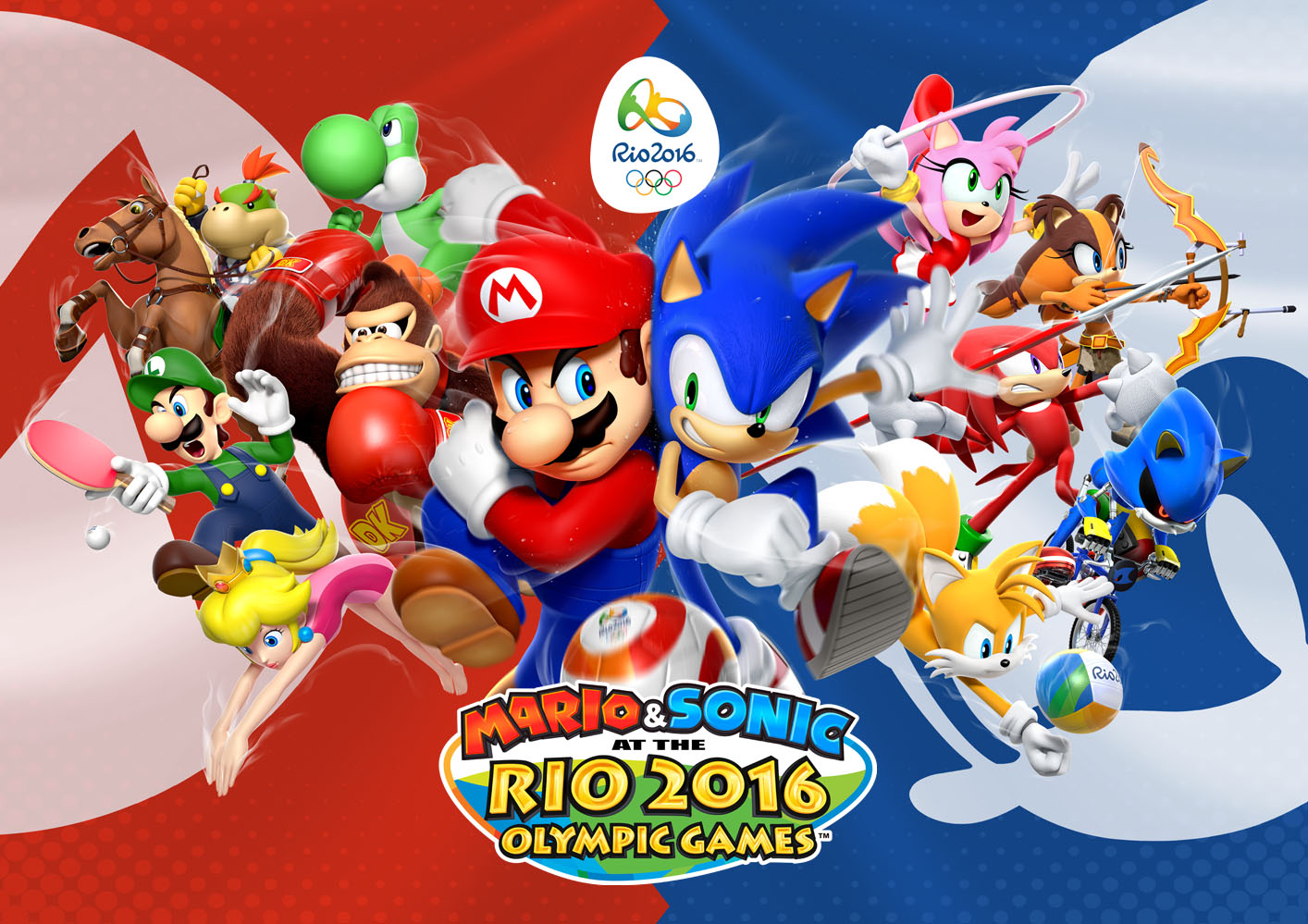 Mario, Sonic and a host of other fan-favourite characters go for gold in dozens of exciting sporting events in Mario & Sonic at the Rio 2016 Olympic Games, set to arrive on Nintendo 3DS / 2DS in Australia and New Zealand on April 9th, 2016.

Set in Rio de Janeiro, host city of the Games of the XXXI Olympiad, the latest instalment of the series features 14 Olympic disciplines, as well as 14 special Plus Events that put a unique Mario and Sonic twist on the athletic action.

On top of classic events including archery and swimming, new experiences await in this supercharged collection. Golf will make an appearance at the Olympic Games for the first time in 112 years, and players can swing with the stylus and shoot for the cup exclusively in the Nintendo 3DS version. If competitors are up for another challenge, they can try their hand at 14 Plus Events, which put a special spin on classic disciplines: dive through and ride on waves caused by a Thwomp to set the fastest time in 100m Freestyle Swimming Plus, or use power-ups to reach the finish line even faster in the 100m Plus Event. 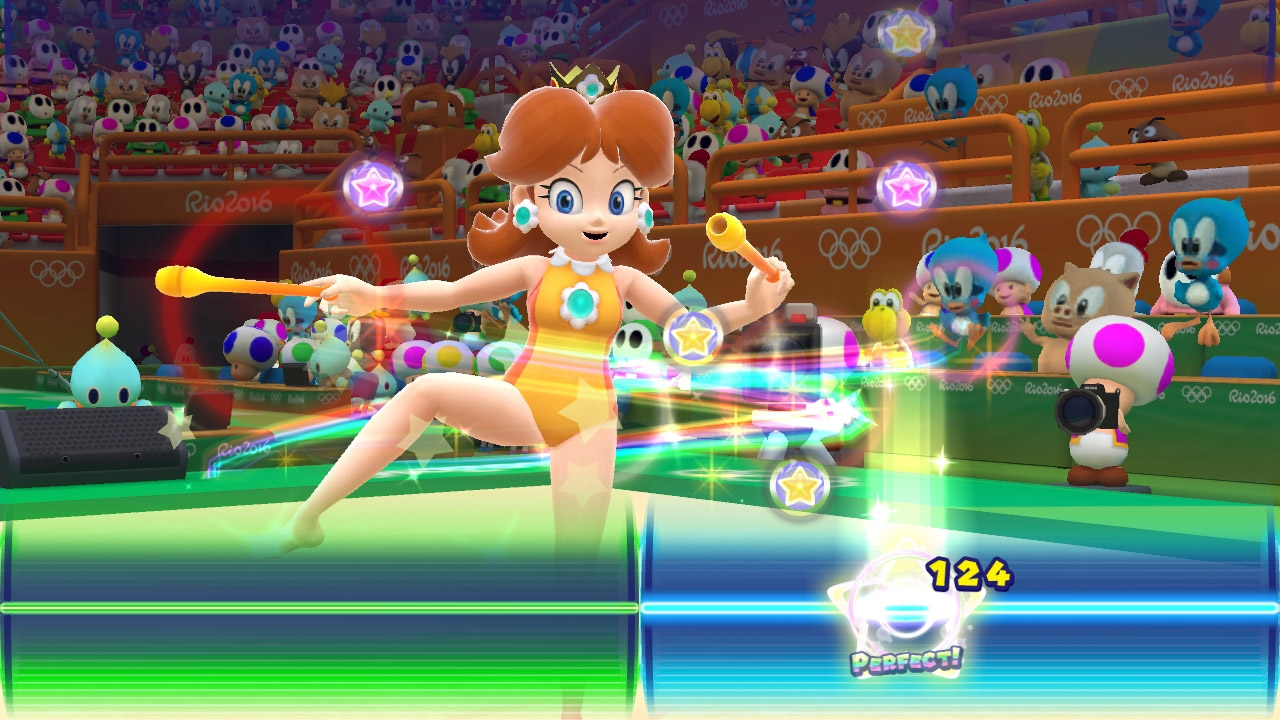 Whatever mode you play, a host of new and familiar faces from both the Mario and the Sonic series will greet you in Rio. Next to favourites such as Yoshi and Amy Rose, 20 new characters will join the fun – including Rosalina and Rouge – for a total cast of 40 playable competitors.

Aspiring athletes who dream of seeing themselves atop the podium can also go solo and play as their Mii in Road to Rio mode, arriving in Brazil ready to take on the sporting elite and discover the on-going rivalry between two gyms, led by Mario and Sonic respectively. It’s up to the player to decide which team to join, with unique story events unfolding along the way; completing the story will reward you with a Mario or Sonic Mii outfit, depending on whose side you chose. 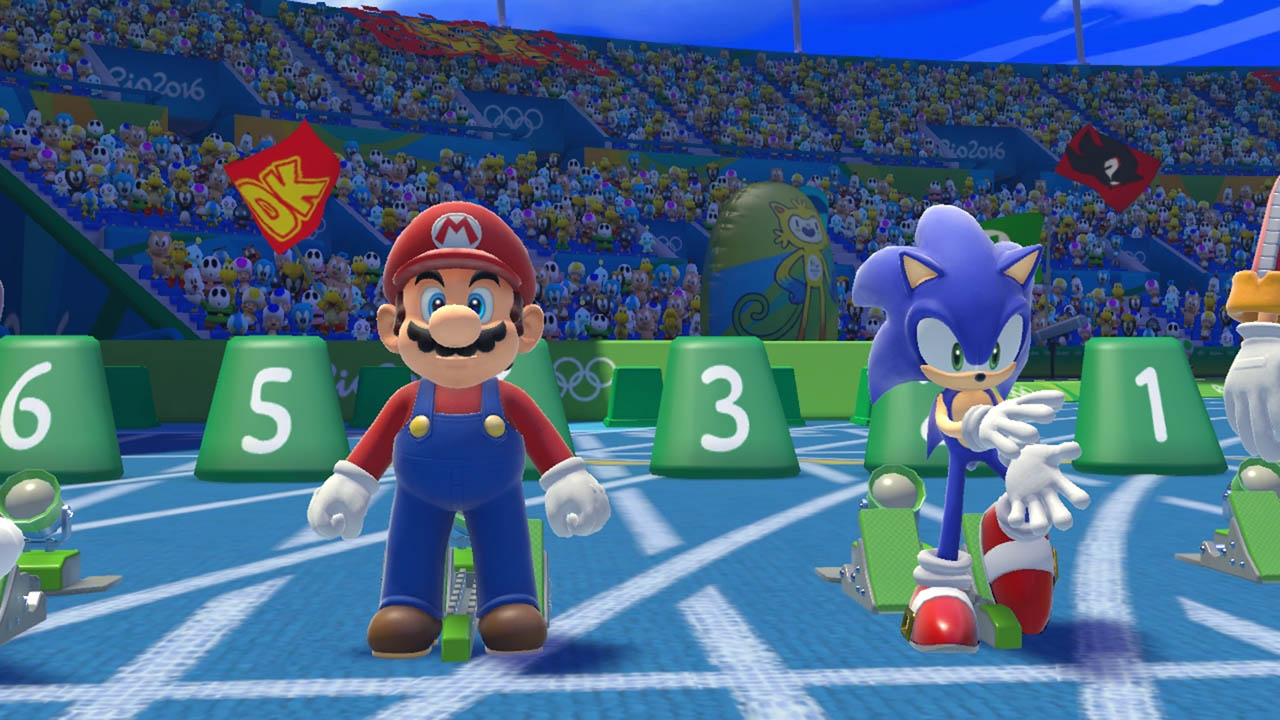 Becoming the very best will require focused training, so players can get to grips with each event by practising at the local ginásios before taking on more difficult challenges. Next to a tough training regime, players can equip all kinds of useful sports gear, from golf clubs to full character outfits, to boost their abilities. If players dress their Mii in a Mario outfit and tap the Mario amiibo, or wear the Sonic outfit and tap the Sonic amiibo, that outfit’s abilities will receive a short-term boost – perfect for getting an additional competitive edge when it really matters.

Once certain of their skills, players can challenge family and friends in multiplayer mode to determine who the real champion is. With Download Play, up to four players can face off against each other with just one copy of the game between them**, or see how they stack up against faraway players in global leaderboards. Another new feature, the Pocket Marathon, counts the steps players take with their Nintendo 3DS system, unlocking rewards on the way to the finish line that help increase the abilities of Mii characters.